Diver Cuddles With Unlikely Friend Every Time He Goes Underwater

Exploring the underwater world is an amazing experience, but divers always need to be careful about predators like sharks. However, this is not the case for Rick Anderson who is an Australian diving instructor. Instead of being afraid of sharks, Rick decided to befriend them! 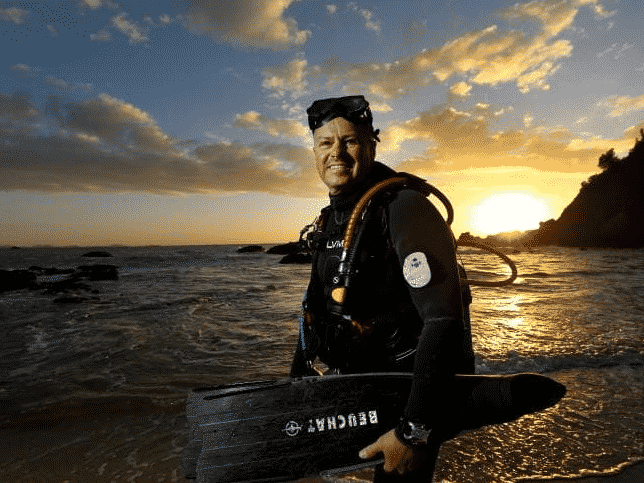 Rick Anderson is an Australian man who somehow befriended a female Port Jackson shark. As crazy as this might sound, the shark loves cuddling with Rick every time he gets in the water. 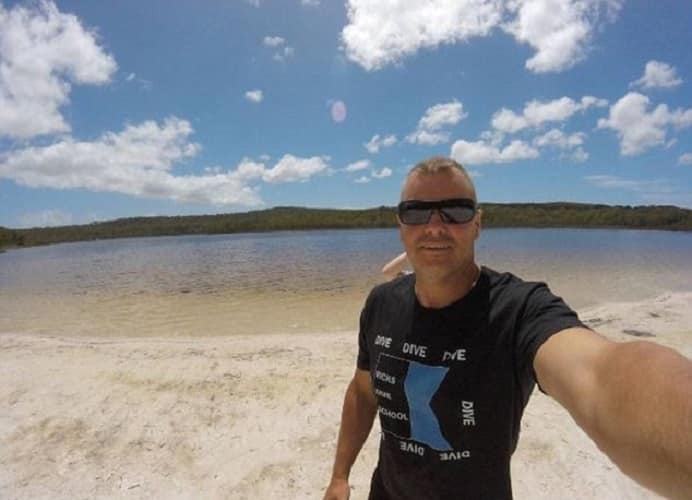 While most divers would be afraid of swimming around sharks, this is not the case for Rick. Let’s see what he has to say about this strange friendship with a shark. Seeing them together is both terrifying and amazing! 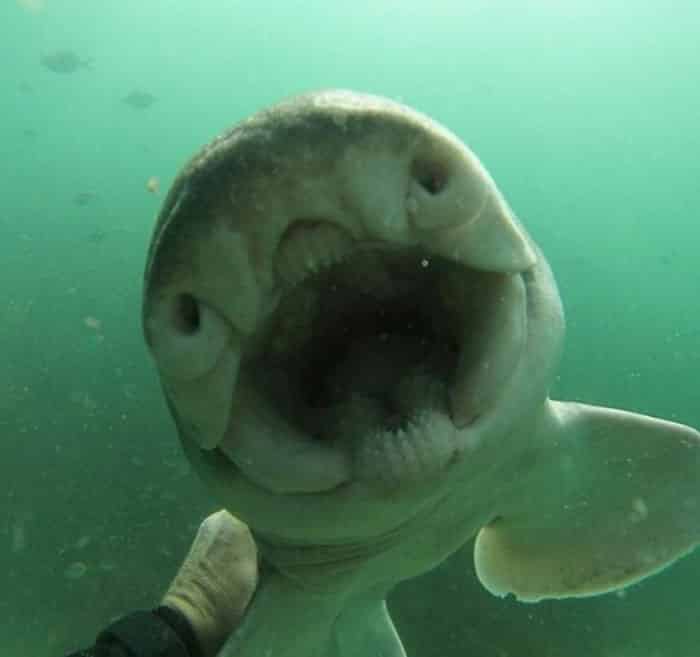 “I started playing with her about seven years ago when she was just a pup about 6 inches long”, said Rick. As we can clearly see from this picture, the shark doesn’t look like the friendliest being ever. However, you will not believe how close Rick gets to it! 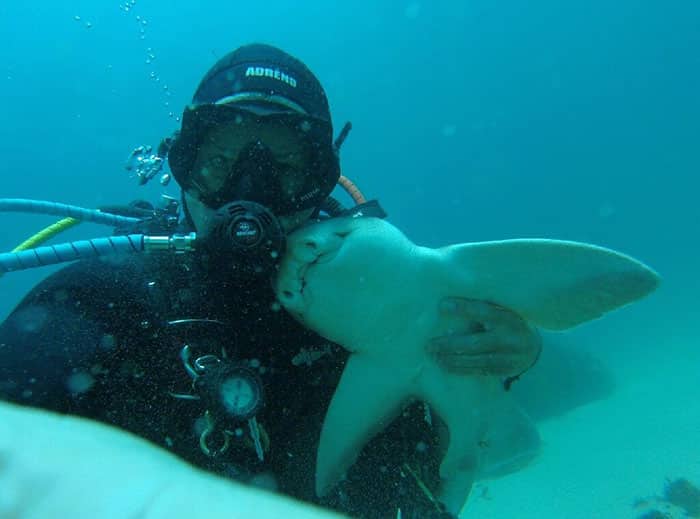 Rick and the shark are so close nowadays that they even cuddle! Rick says that the shark comes to him every time he gets underwater. How do you think he managed to befriend the shark?

16. Getting Used To Each Other 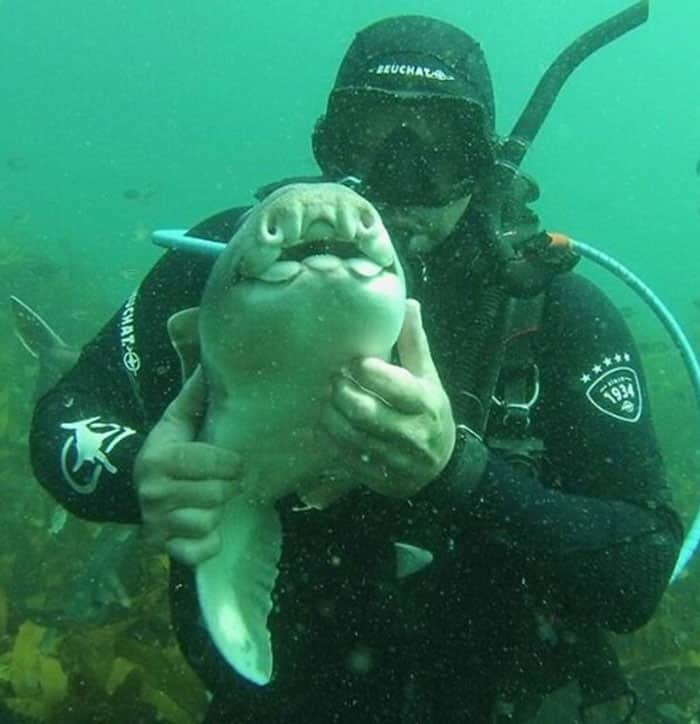 “I approached her carefully so as not to spook her, then began to gently pat her. Once she got used to me, I would cradle her in my hand and talk soothingly to her through my regulator”. Can you imagine how much courage it would take to start petting a shark? 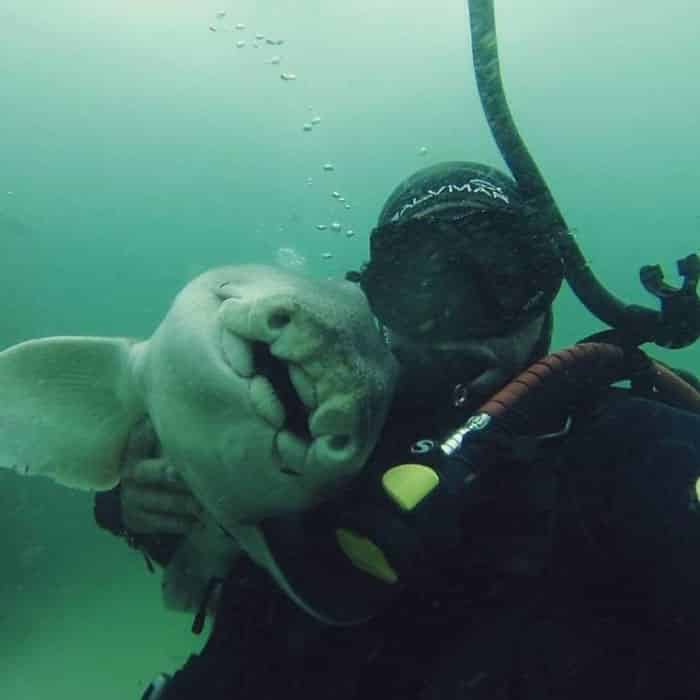 Rick has been scuba diving for more than 27 years and his friendship with the shark started 7 years ago. To make things even more interesting, Rick never feeds the shark and you won’t believe why!

14. The Shark Cares For Him 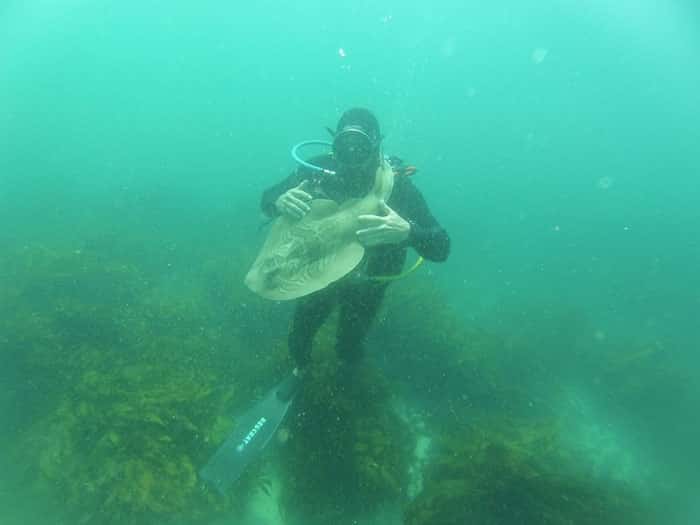 The fact that Rick doesn’t feed the shark means that it doesn’t have any other reason to cuddle with him every time he gets in the water other than caring for him. Isn’t this amazing? Let’s see how other divers react to this strange friendship between a man and a shark. 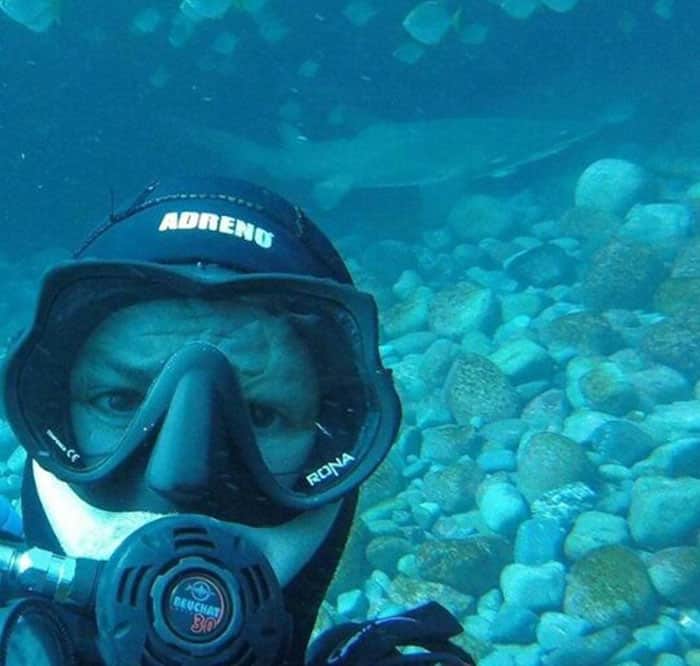 “Most divers seeing this for the fist time can’t believe it. I don’t feed her or any other sharks I play with, I basically treat them like I would a dog”. said Rick. The next picture will send shivers down your spine! 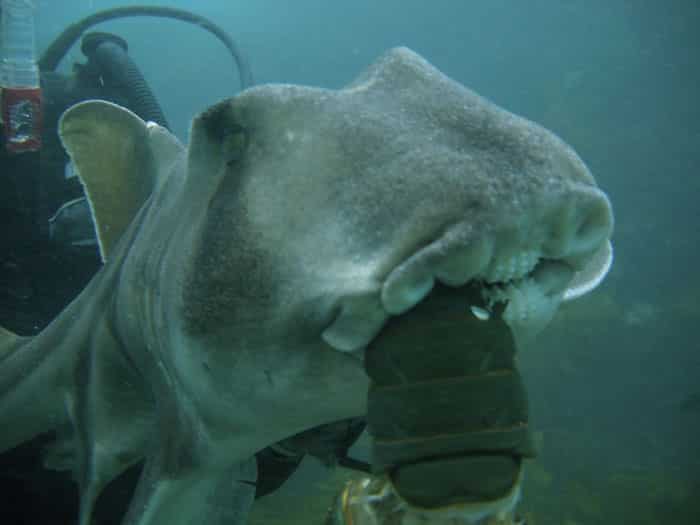 Would you ever get this close to a shark? I know I wouldn’t. The shark surely saw something in Rick because this is the world’s first human-shark friendship. In fact, this friendship is so amazing that Rick was brought on national television. Here’s how they got famous! 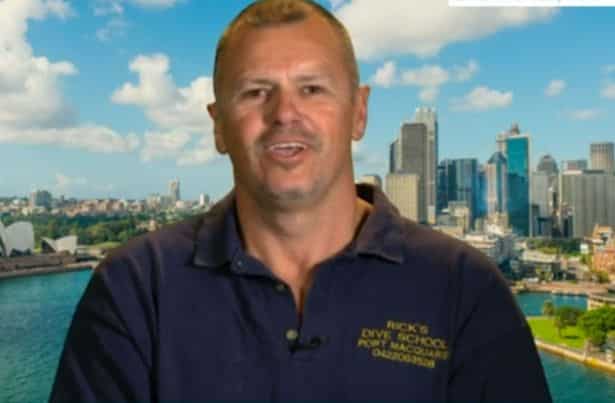 No one could believe that Rick is actually petting a shark when he goes underwater and the local TV station brought him for an interview. This is where he said this next thing… 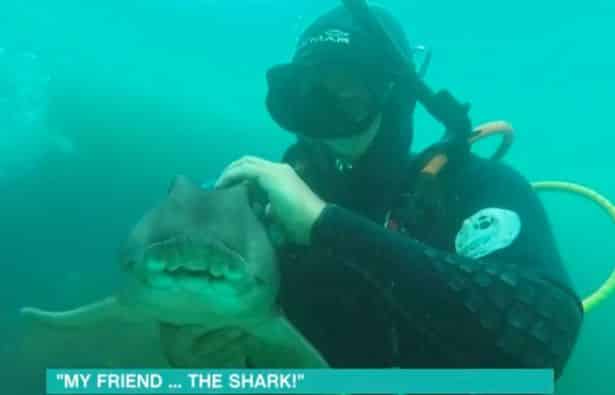 Rick said that his friendship with the shark didn’t happen instantly and that it took a long while before he could pet it. Can you guess how much time it took before the shark started recognizing Rick? 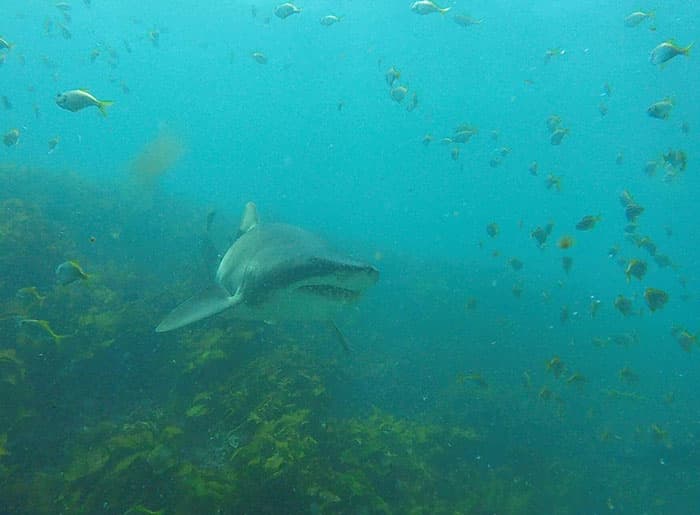 “Over the following seasons, she’d recognize me and would swim up to me for a pat and cuddle”, said Rick. It seems like the shark acts just like a dog does when his owner comes home from work. After a while, this amazing thing happened! 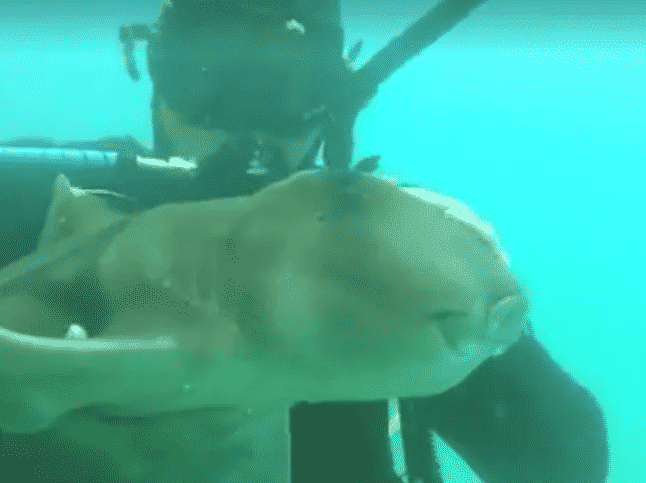 The most amazing thing about this entire thing is that the shark is the one who asks for cuddles. Rick has an explanation for its behavior and it will leave you in awe!

7. Cuddling With A Shark 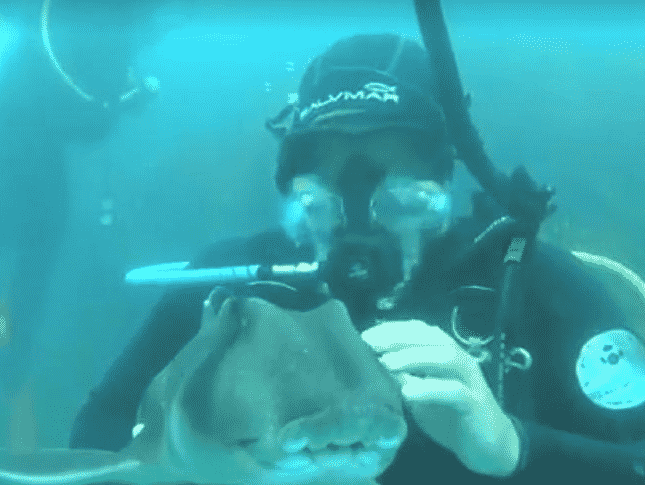 “She will tap me on the legs until I hold my arms out for her to lay on for a cuddle”, said Rick. Can you imagine how scared a normal person would get if a shark started tapping their legs? This shows us how brave Rick actually is. 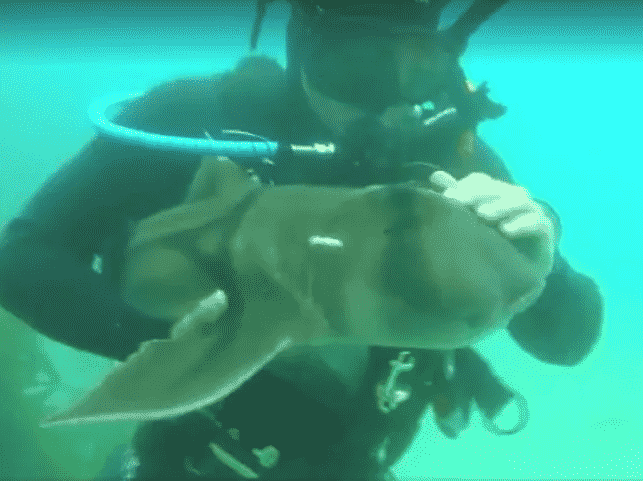 This picture shows us just how close Rick gets to the shark. If this photo doesn’t impress you, then the next one will do the trick! 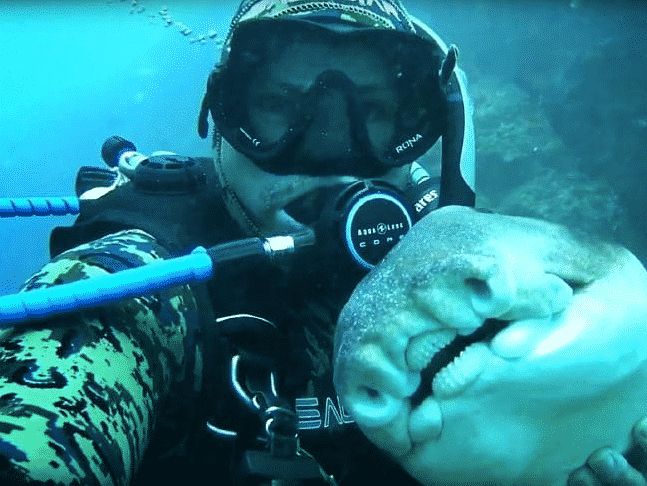 Just look at the teeth of this shark! I wouldn’t want to get this close to it. On the other hand, Rick takes it in his arms and snaps a selfie. 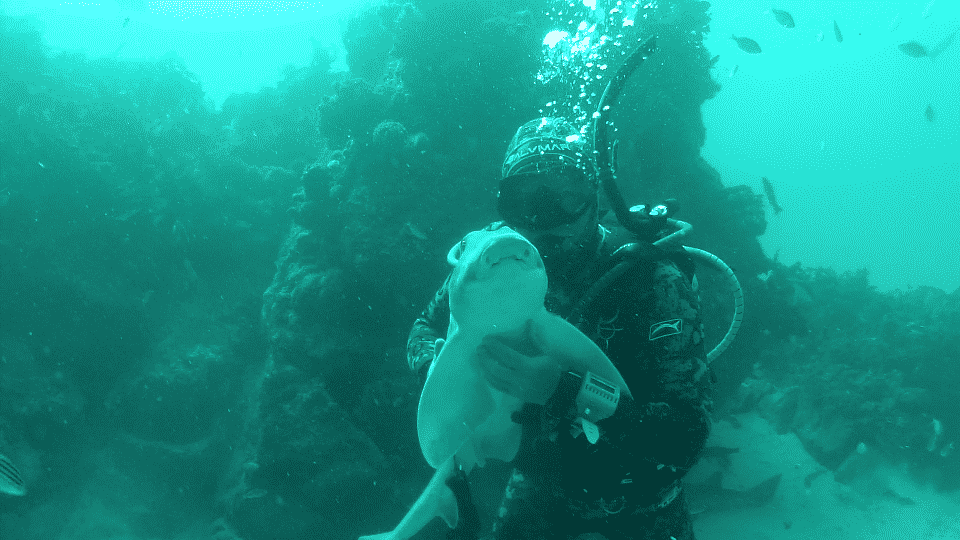 Now that Rick and the shark have been friends for 7 years, the man knows that the shark doesn’t intend to hurt him. This is why he gets so close to it and takes amazing pictures like this one. 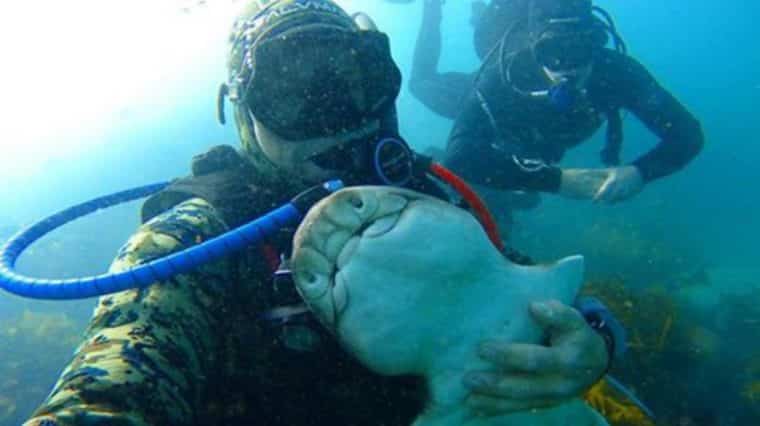 It seems like the shark is more than happy to cuddle in Rick’s arms. One thing is for sure, Rick is always going to have a friend waiting for him every time he goes underwater. 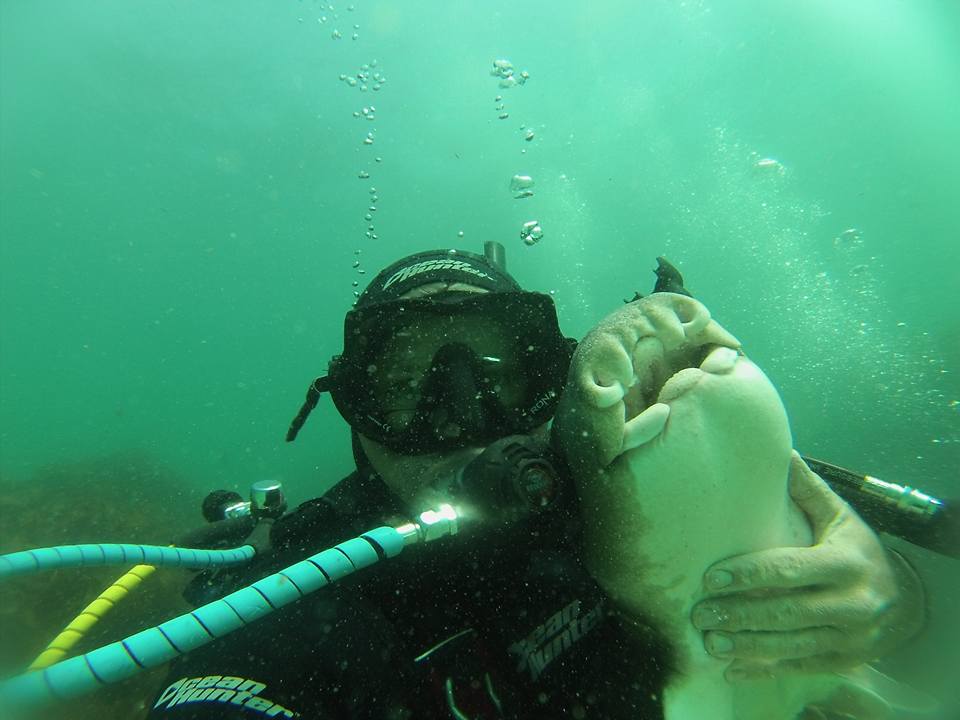 Even though this friendship is quite strange, the only thing that matters is that the two love having fun together and that Rick is safe. Rick has his own diving school and he hopes that his friendship with the shark will show his students that they shouldn’t be scared of going underwater. 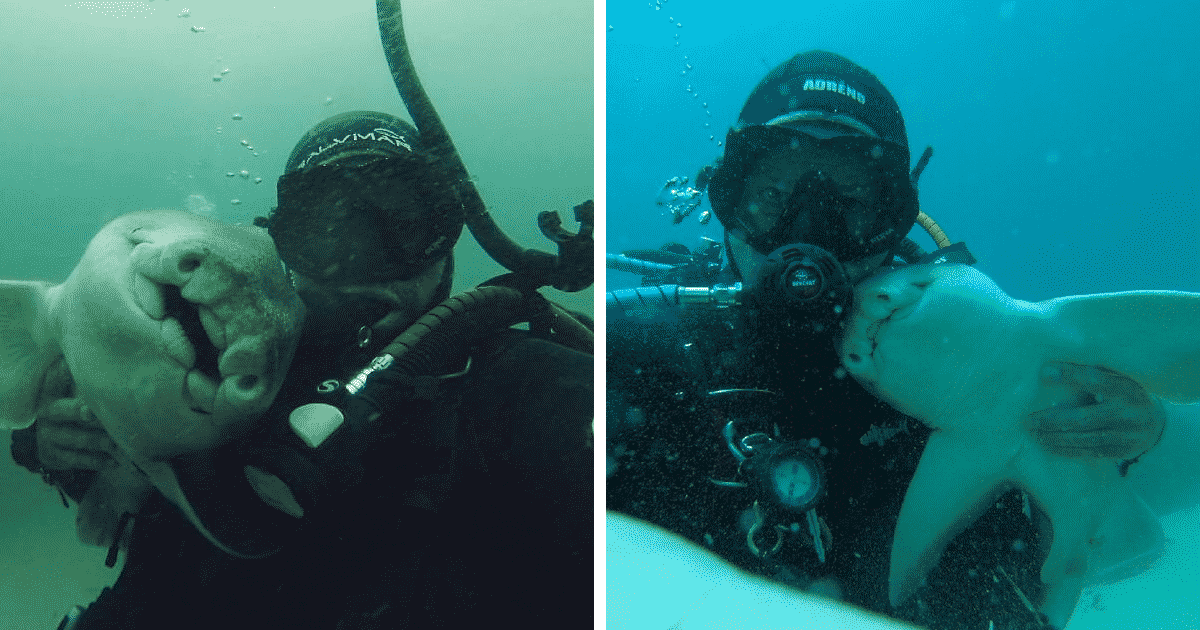 Did you ever expect to see a shark acting like a happy dog whenever this diver comes around? I sure didn’t, but I am happy to see this. Would you ever have the courage to pet a shark like Rick does?