A touch can do so much good to someone who’s suffering. Valentino the cat needed a hug, and once he got it, his life changed forever. The cat nobody would dare to touch finally got hugged by this kind woman that ended up saving his life. Valentino was coated in feces and suffering from sarcoptic mange, which is contagious to cats and humans too. His eyes were swollen, he had a terrible infection and he was also missing patches of fur. You won’t believe how fast he recovered and how handsome this cuddly furball is now! 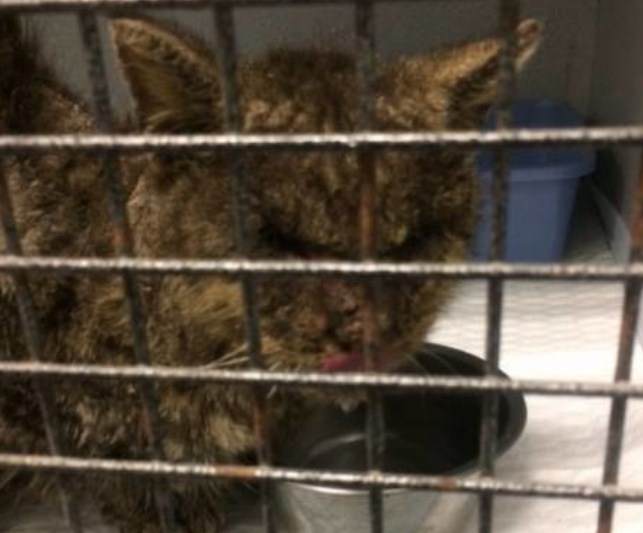 Valentino was found on the streets and brought to an Animal Care Center. There, he had to be separated from other cats, because his infection was contagious. One touch brought him back to life when this woman picked him up from his cage. 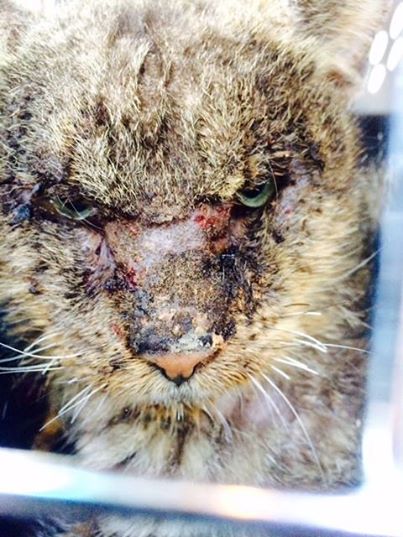 He was so infected that he couldn’t open his swollen eyes. But human contact and cuddles made him stronger and gave him a purpose to get better. It was Elaine Seamans who saved him. She told us how she found the cat. 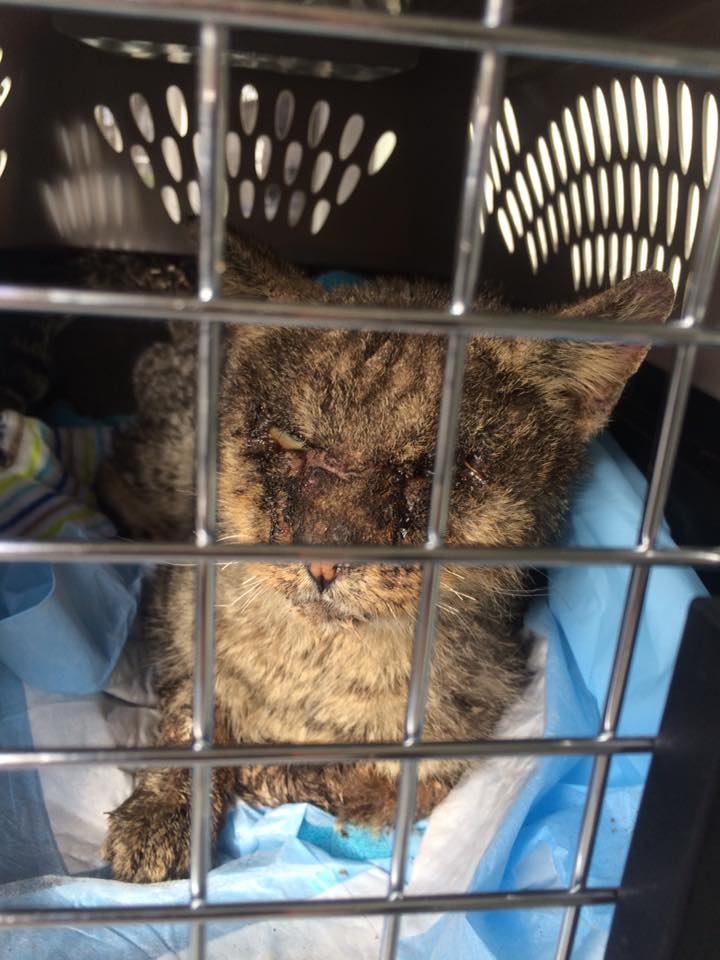 Elaine was visiting Baldwin Park Animal Care Center when she heard a tiny meow from a cage that sounded like a plea for help: ‘He reached out with his little paw and made the tiniest meow’. Seamans knew she had to act fast, so she did this… 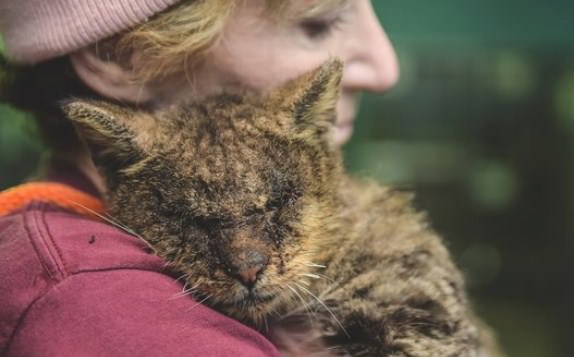 Elaine picked up the cat with no gloves and she said that Valentino ‘put his little head on my shoulder’. On her Instagram, she wrote that when the cat rested his head on her shoulder, she feared the worst. Did the poor cat pass in her arms? 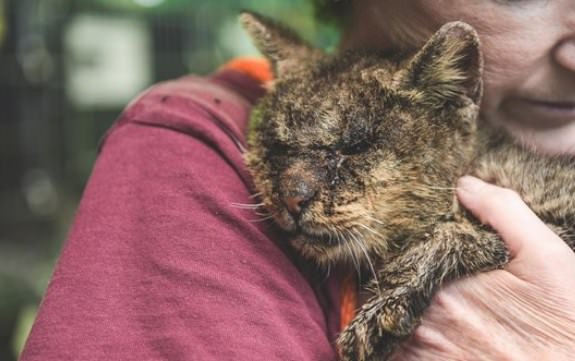 While she was holding the poor soul, Elaine called her friend, the founder of Leave No Paws Behind, Toby Wisneski to tell him about the cat. Seamans herself is the founder of the At-Choo Foundation and makes regular visits to the animal shelter. 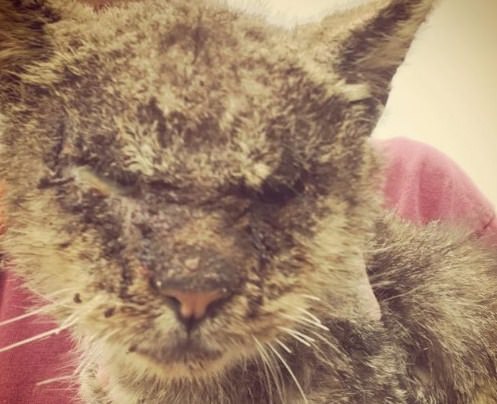 As they were talking, Valentino meowed on the phone and Toby heard him. He said that the little meow he heard sealed the deal. He took Valentino to the vet that weekend and he started his journey to recovery. 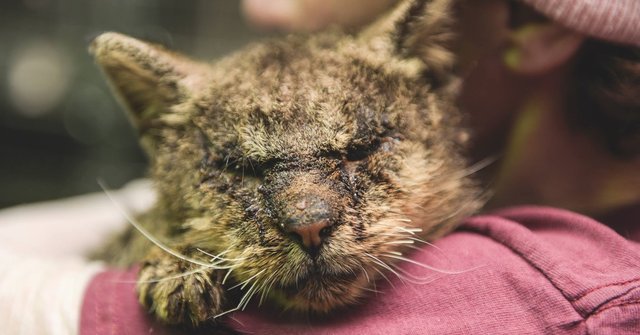 Everyone at the veterinary clinic loved and cared for Valentino. He couldn’t move or see, but Wisneski knew that ‘God love him, he’s a fighter’. The cat was in good hands! 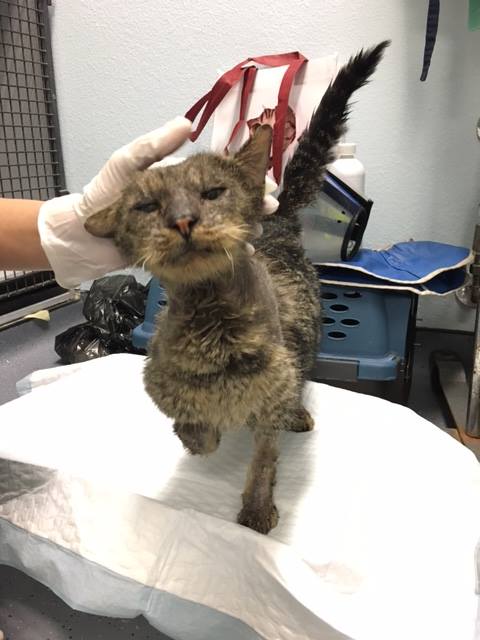 The vets were heartbroken, but they knew that Valentino would be okay after his skin will heal. The cat got all the attention he needed and it helped him a lot in his recovery. You won’t believe how great he looks now! Check it out at #4! 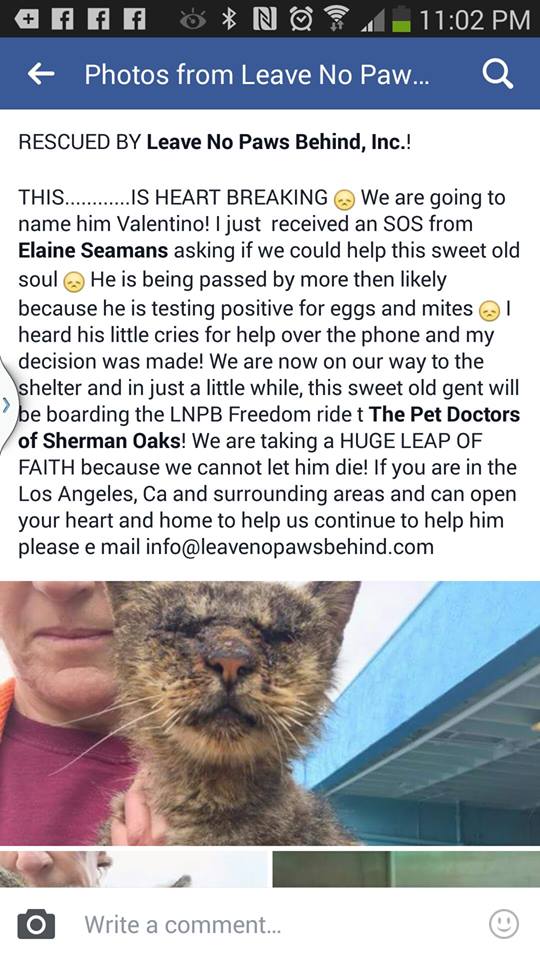 Valentino felt better every day, showing that his health improved. He fought to live, now that he saw there was someone willing to love him. Seamans took him and cuddled him when he was sick and it helped with the recovery. 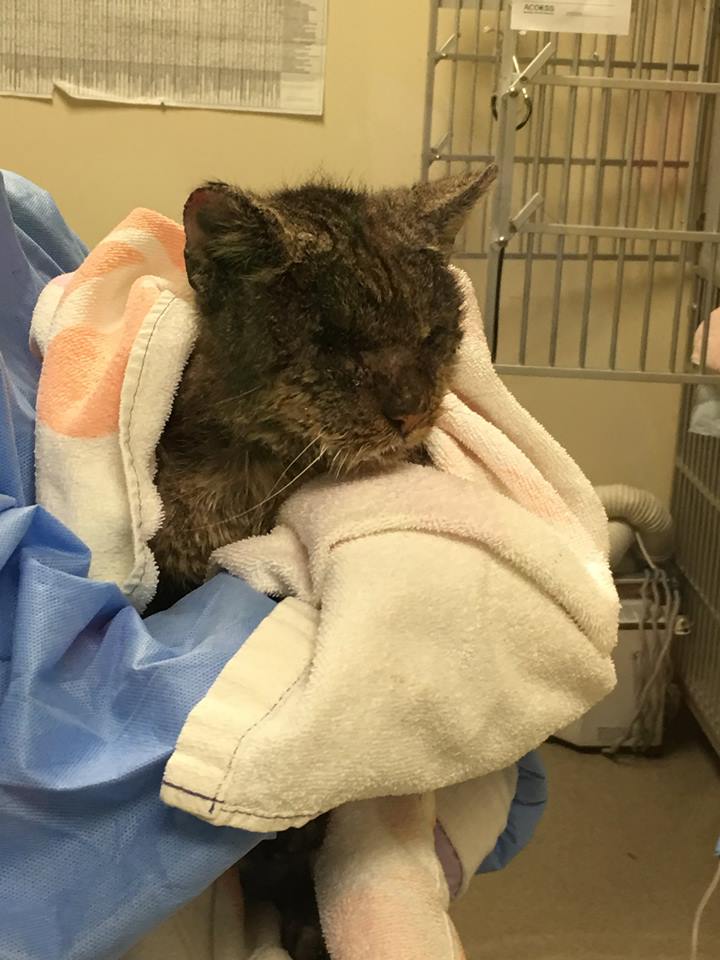 Toby Wisneski told us that every time he purred for the vets and rubbed against them. ‘He knows he is safe’, he said. This cat was all about giving back love and being grateful to those who saved, cuddled, and fed him. 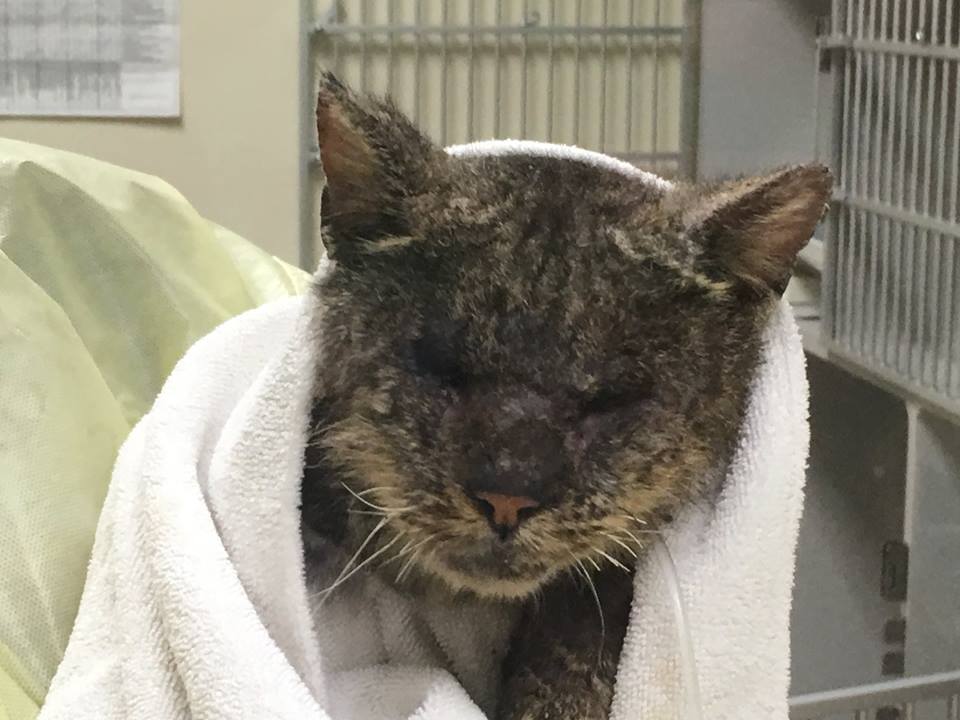 Seamans knew that she could contact the mange Valentino had, but she admitted it was worth the risk. She said that she couldn’t stop cuddling the sick cat, seeing that he was so weak and hopeless. 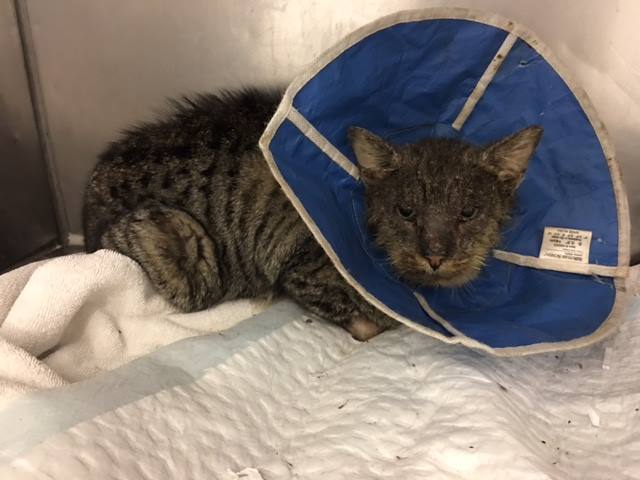 Valentino finally opened his eyes and his personality shone in them. He was a talker and a cuddler all the time when he got his treatment and he ate all his food like the good boy he was.

8. He Showed His Personality 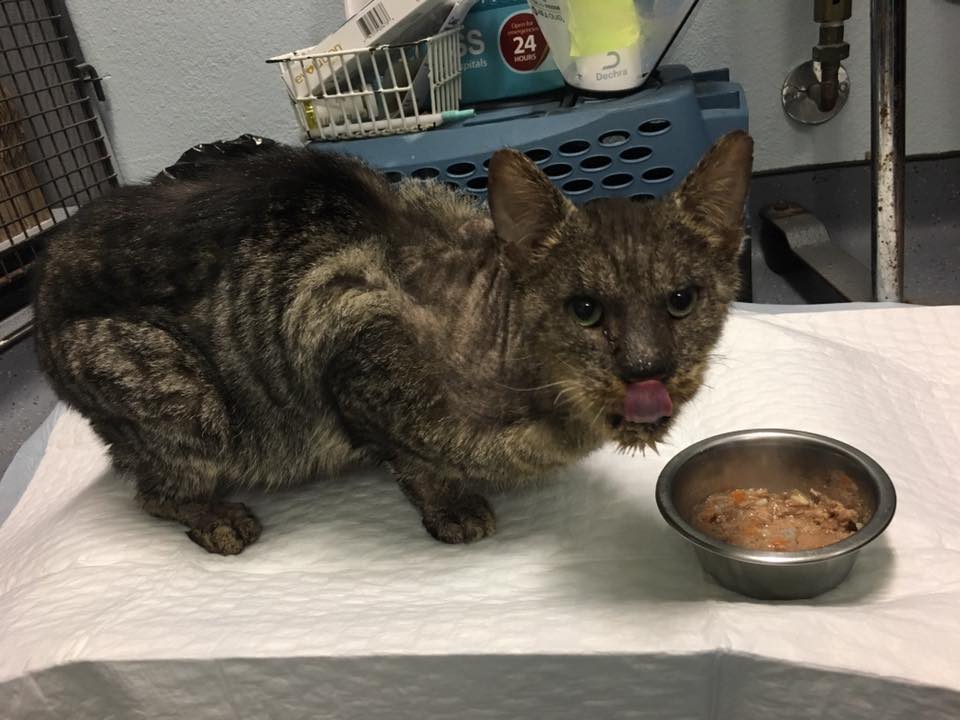 Every day, Valentino was cuter and cuter. His fur would grow back, his infection would go away and he grew stronger. He loved all the attention and rewarded everyone with purrs and meows. Check out the following photos to see how he looks like now!

7. The Skin Cleared Up 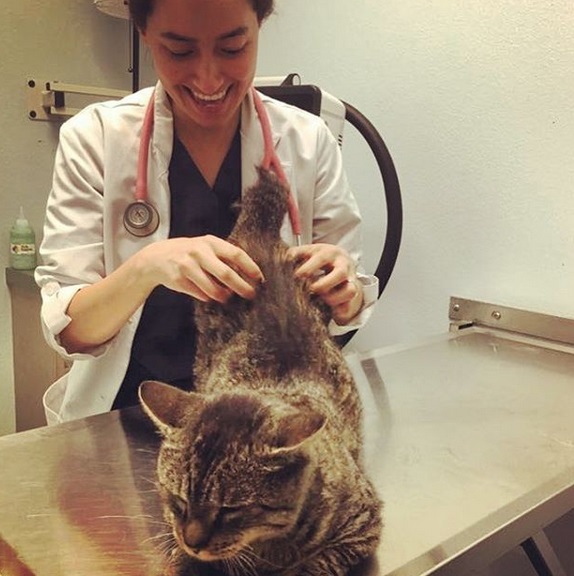 Valentino’s skin was healthy again and everyone was in awe. The vets were happy the treatment was a success, the staff at the Leave No Pets Behind were relieved to see the cat back on his paws. 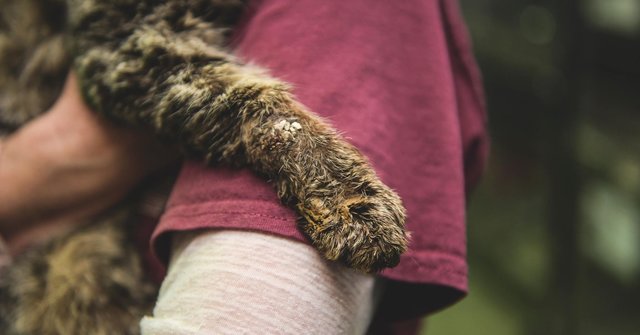 Elaine’s first hug of the mangy cat revealed a sweet healthy cat after so much time of treatment. Elaine stated that Valentino is ‘one of the sweetest cats’ she has ever met and we get it why. Just look at him! 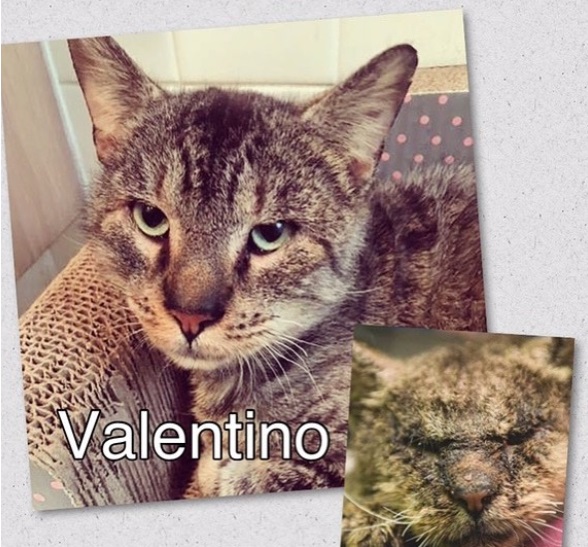 The cat took four months to completely recover, but look at him now! He’s healthy and his fur looks amazing! And imagine he was in such a deplorable condition when he was first found on the streets.

4. Valentino Had a Foster Home… 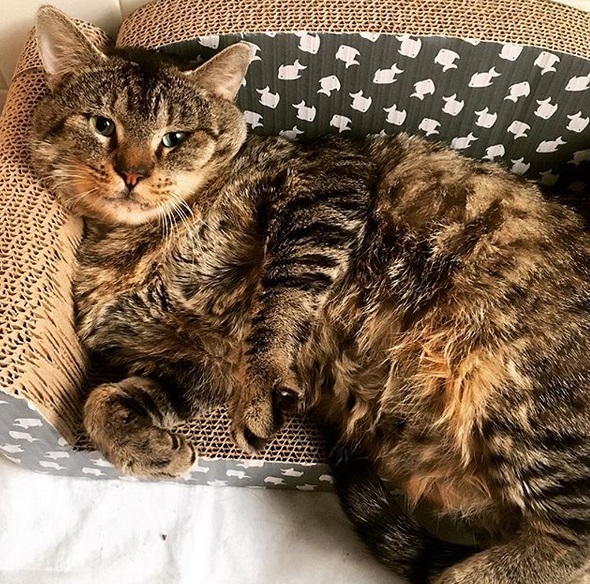 Valentino went to a foster home, to get to know what a home means until ‘Leave No Pets Behind’ would find him a forever home. As soon as he went to the foster mom, he would cuddle with her day and night.

3. …Which Turned Out to Be His Forever Home 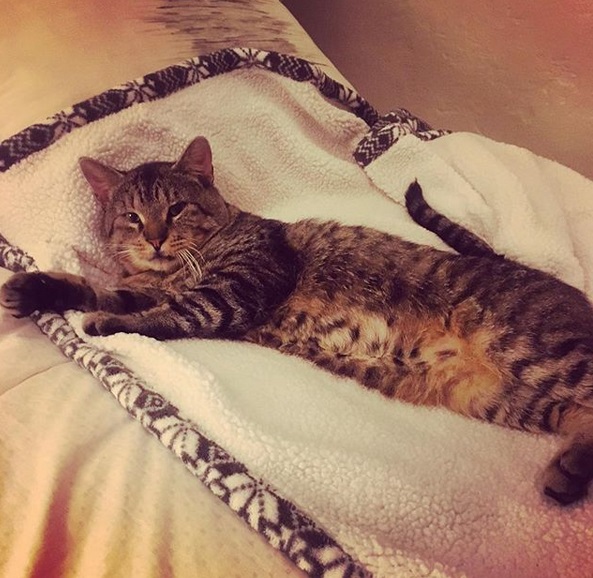 On a nice summer morning day, Valentino woke up his human as usual. It was time to give him away when his foster mom decided she couldn’t part with him. 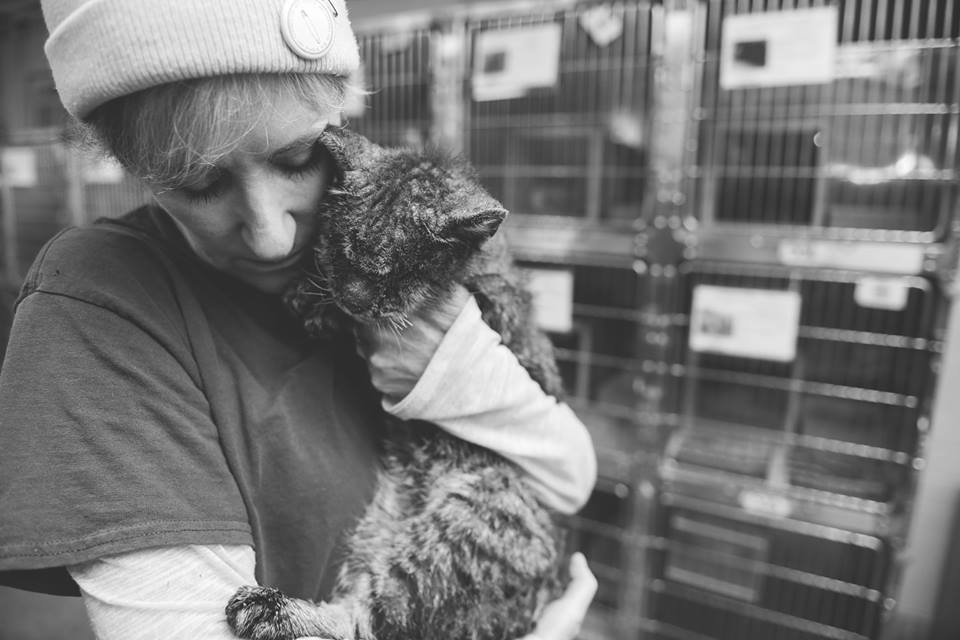 Valentino kept his foster family as his real official one. And ever since he stepped his paw in that house, we think that he knew it would be the place to live the life! It was a long road, but Valentino is now happy and safe. He just needed someone by his side. 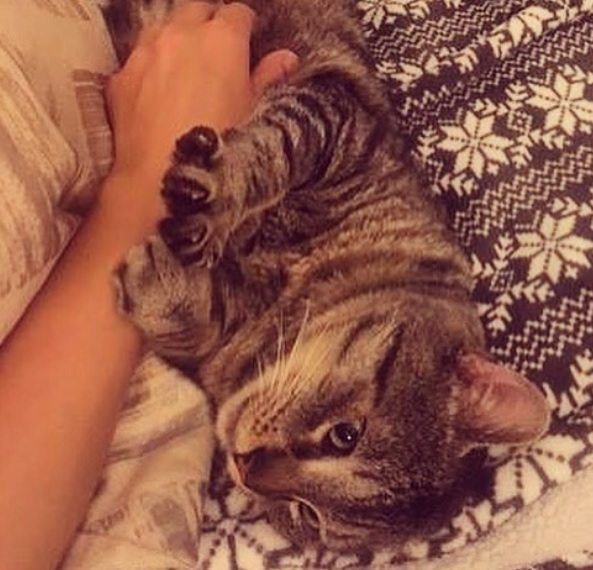 We bet Valentino is so kind that he allows his human mom to rub his belly more than three times before getting annoyed! Look at him how cute and caring he is, it’s no wonder he melted his mom’s heart, not to mention ours!