Snowshoes are a great and simple device invented by humans to help us walk across large snowy surfaces. Out tiny feet will no longer sink into the snow and yes, it’s a thing. But what inspired us to create such ‘shoes’? Two words: Canadian lynx!

Prepare to see the most adorable wild ‘kitty’ ever that has large and puffy paws! Once you’ve seen them, you’re going to die of so much cuteness! 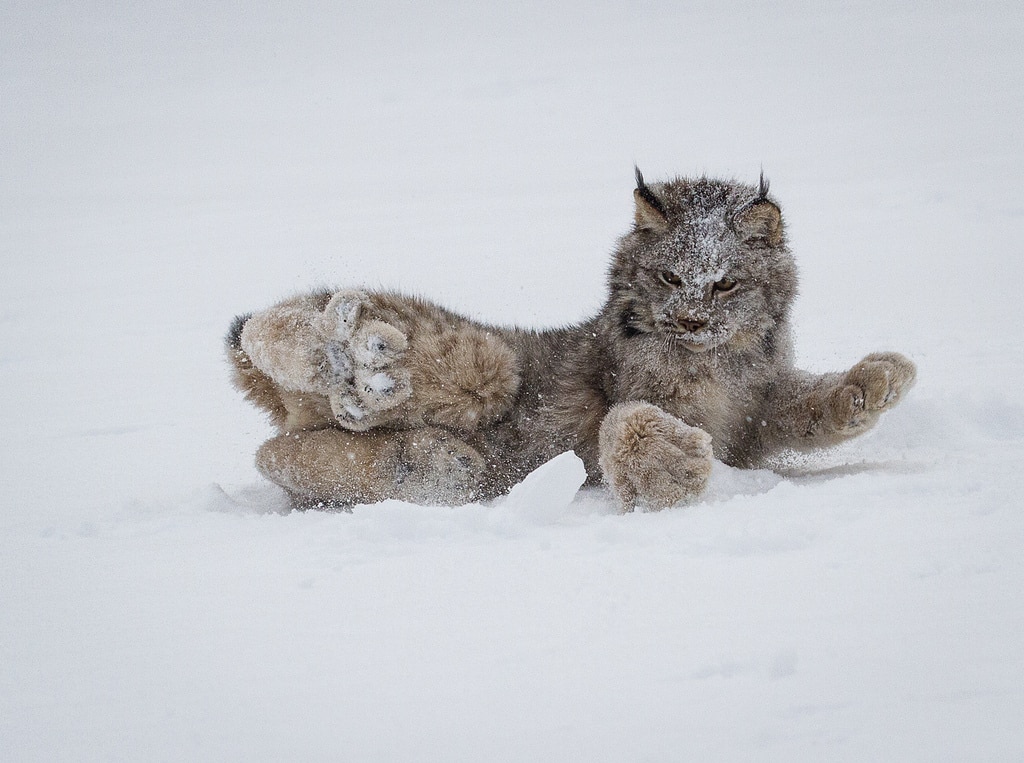 While we cannot evolve and grow large feet to help us trek through the snow, this adorable wild cat has his own snowshoes that make them look 100% adorable. And wait until you see their funny tail! 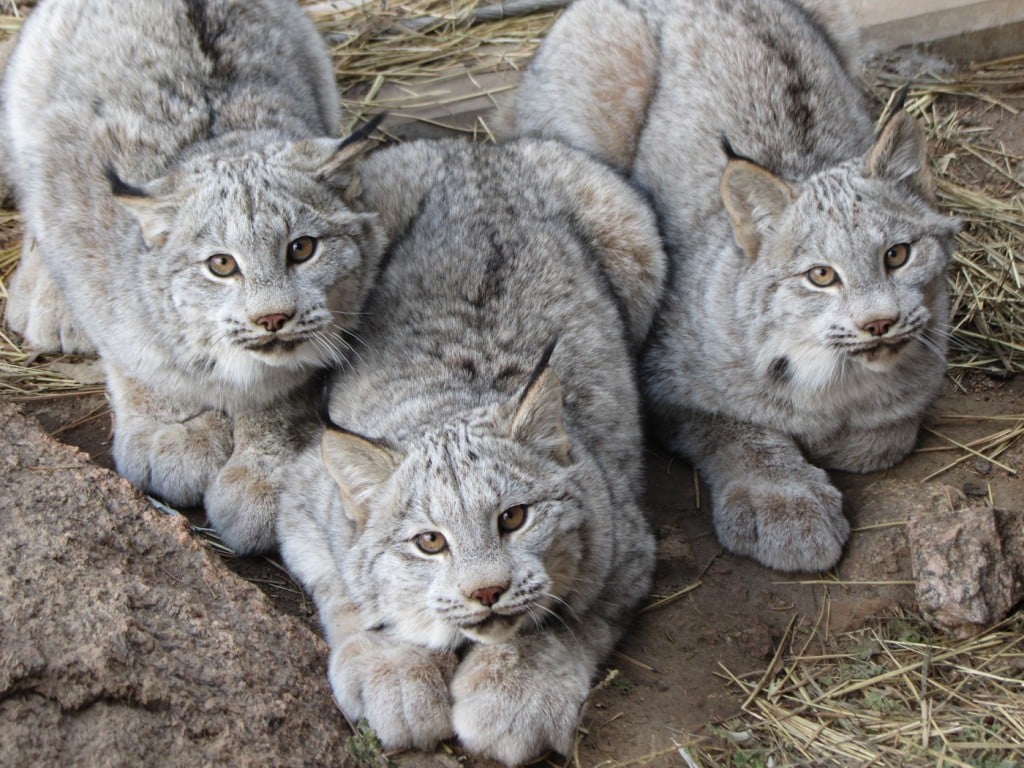 These magnificent felines live in cold areas. They can be spotted in snowy Canada, Alaska and a few northern parts in the United States. However, not many people have had the honor of seeing these wild cats… Here’s why.

18. Lynx Don’t Get Close to Humans 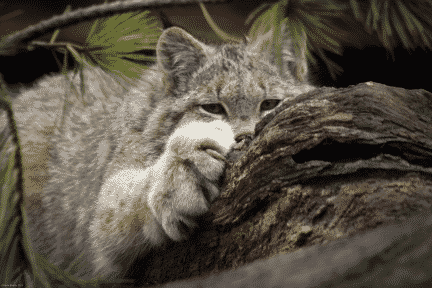 Usually, these fluffy cats don’t like to approach humans. But some people have seen and took videos of the cats, witnessing moments of fighting over territory, hunting or just chilling in the backyard. But one thing is true… 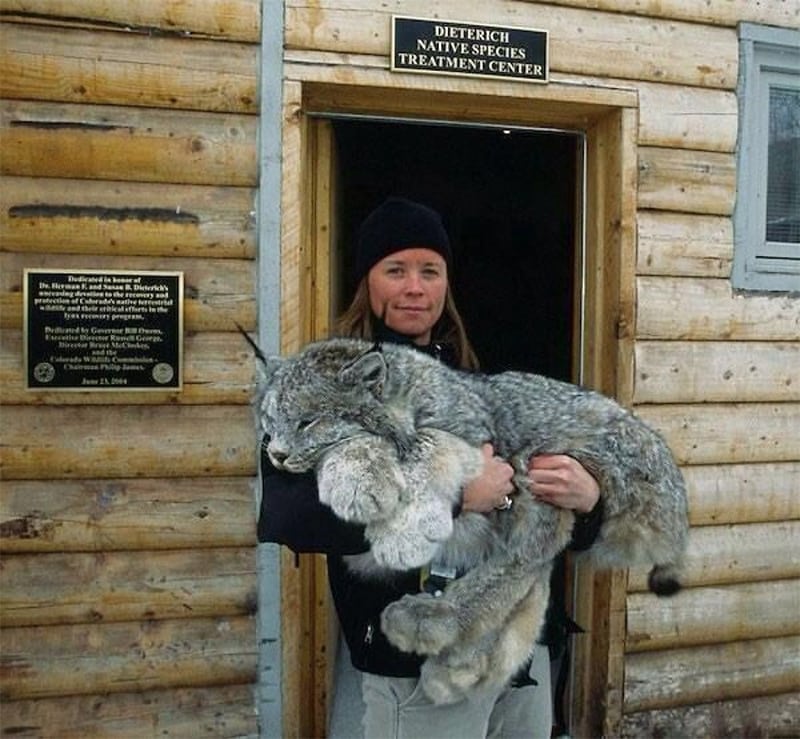 The close encounters showed people that lynxes are not your regular kittens! They might meow and purr or hiss, but they’re large and don’t forget: they are predators. Huge paws help a lot for these wild cats to get a strong grip. 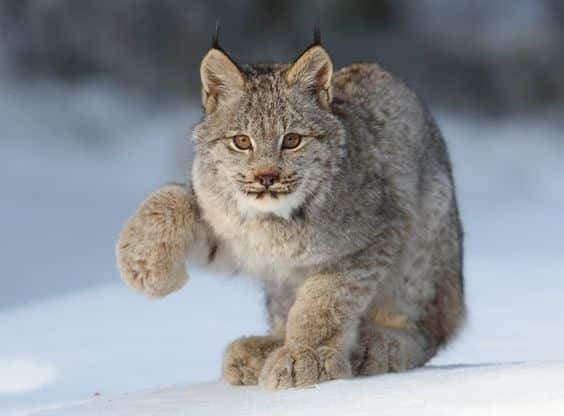 Those big fluffy paws hide big sharp claws! It looks like the lynx is wearing a pair of furry mittens, but these mittens hide sharp weapons inside. However, we’ve all fallen in love with the big furry cat and won’t stop with the cute photos. 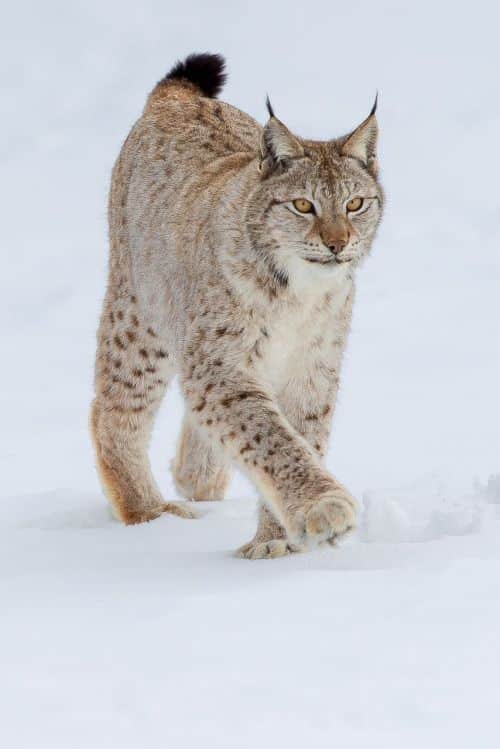 Lynxes use their puffy paws to walk through the deep snow. And if you think they couldn’t look more adorable than that, well… you’re wrong! Wait until you see pictures of them as kittens. They will melt your heart. 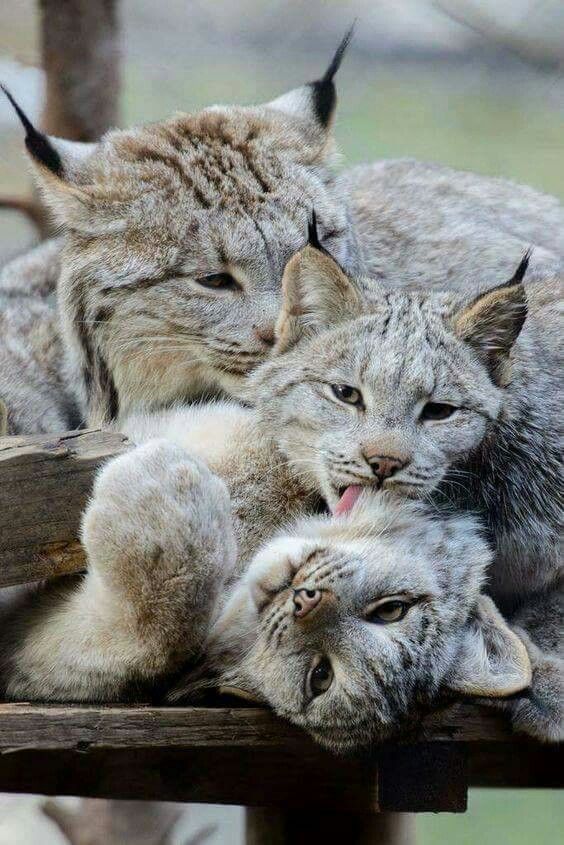 We really don’t get it how these felines are still wild! They look like they were specially created for cuddles! … if you forget about the deadly claws, of course. And their butts are extra cute! Check them out in the next photo. 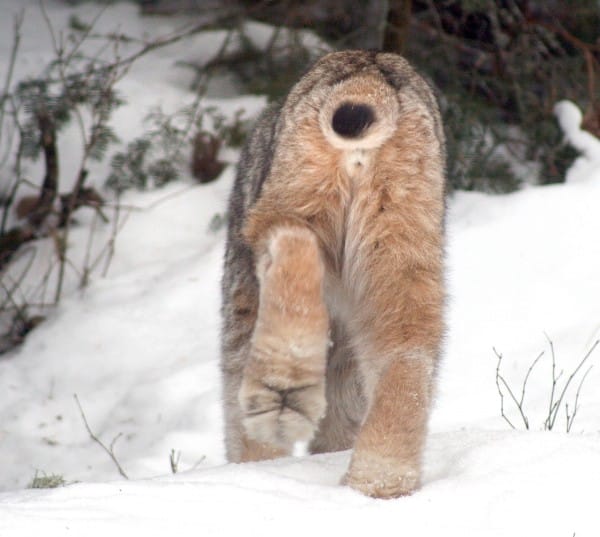 We cannot handle this much fluffiness! Look at the short and black-tipped tail… it’s perfect! You can easily see their fuzzy b***. It’s not the wildcat that will kill us, it’s the overdose of cuteness that will end us today… 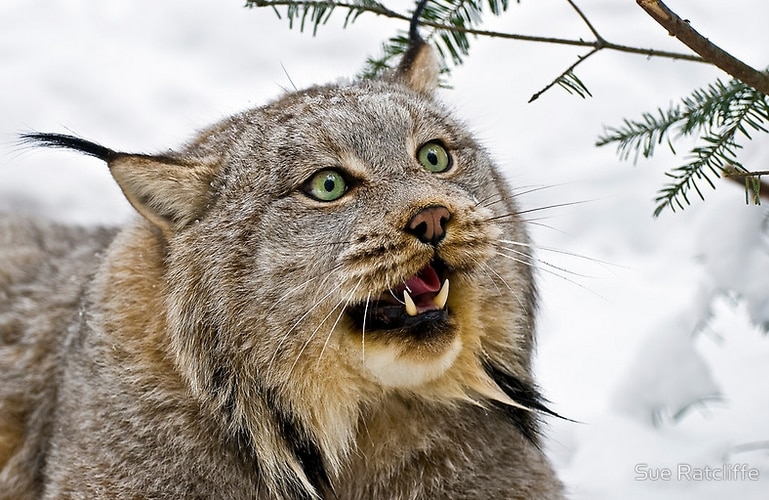 Lynxes definitely win for the cutest b*** in the animal kingdom. And when you thought this is all you’re going to love about lynxes, they totally blow you away with their purrs and meows. Have you seen Max, the Canadian Lynx? 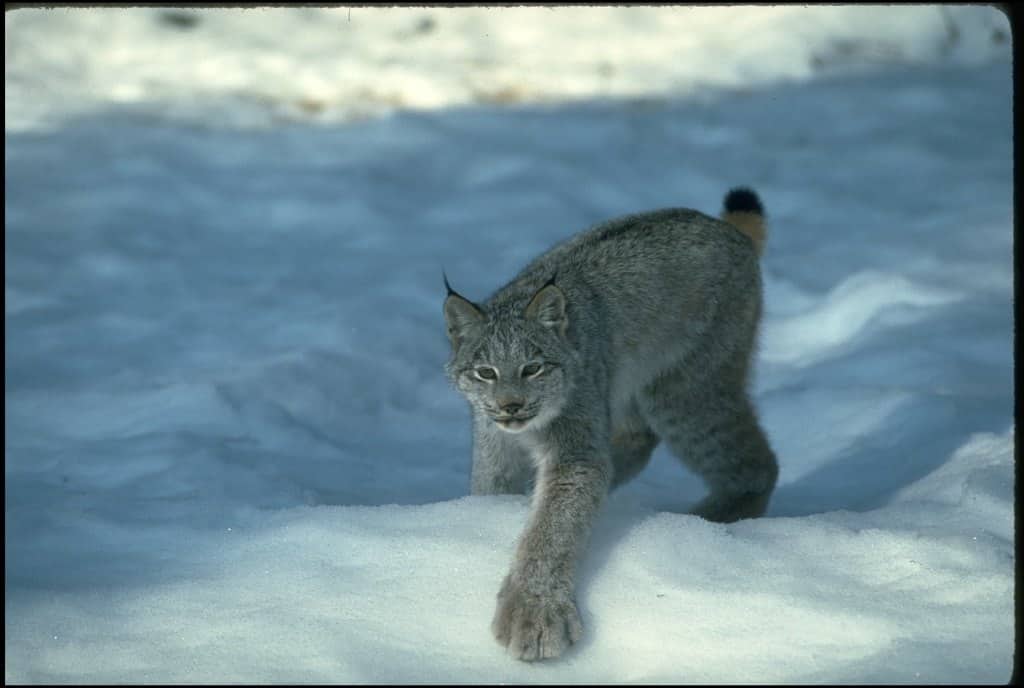 This feline will eat small animals like mice, birds, squirrels, voles, grouse, and ptarmigan, but the favorite meal is the snowshoe hare. So, whenever you see these hares, you’re bound to also meet a lynx. This cat will do this with the food…

10. Nothing Goes to Waste 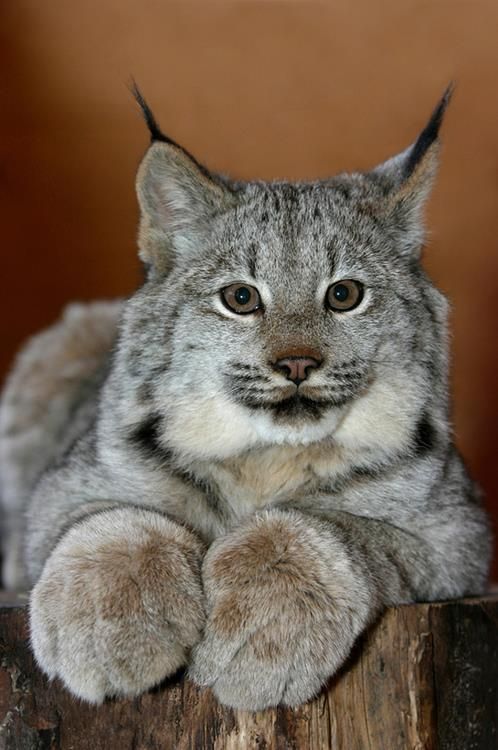 Because lynxes live in snowy habitats, when they can no longer finish the meal, they will cover it in the snow for a later snack. A lynx will hunt alone and usually at night. But unfortunately, the lynx is in danger. 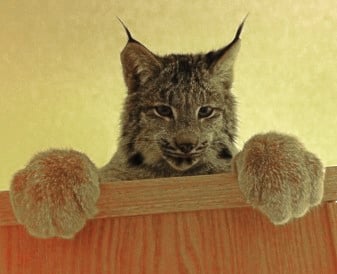 We love these beautiful cats, but some people just love their fur… for clothes or decoration. This has made the species decline, and habitat loss worsened the situation. The lynx is threatened in the States, but not endangered in Canada. 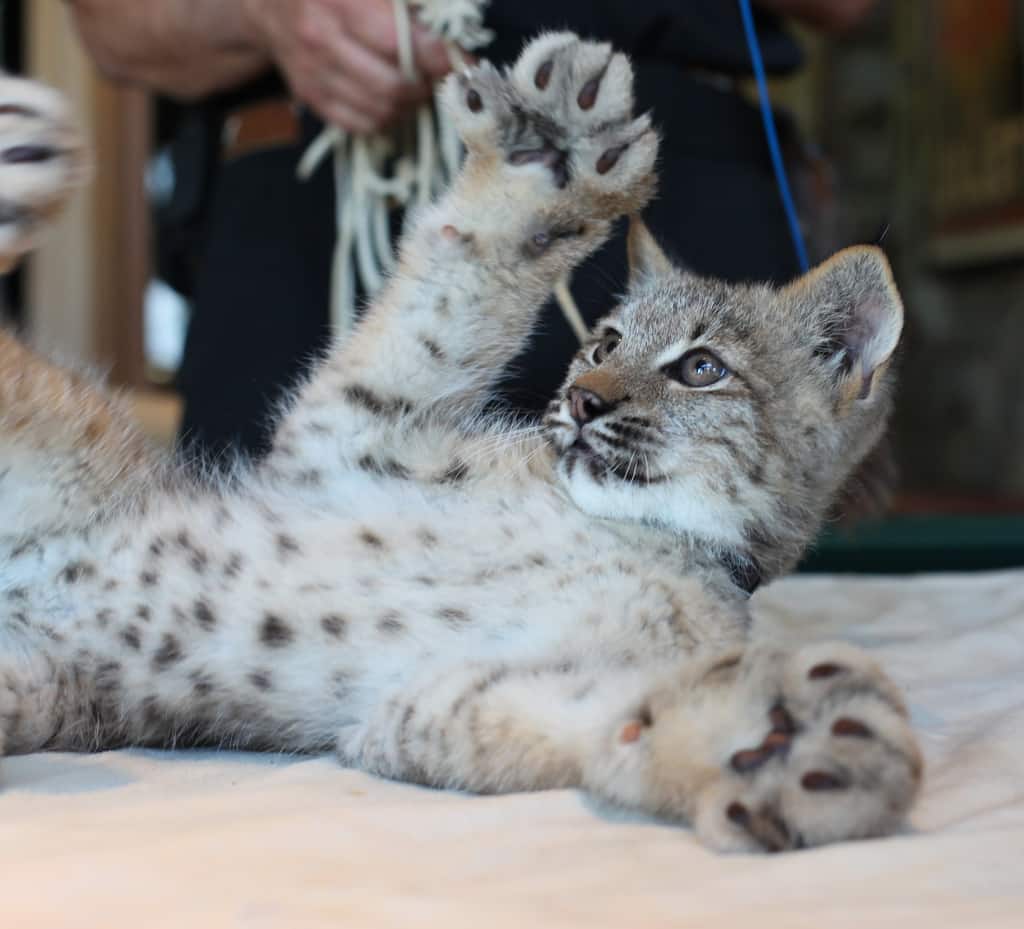 Because the lynxes are a threatened species in the States, several conservation groups have done their best to bring it back out of the brink of extinction. It would be a shame to not see these cute balls of fur anymore… 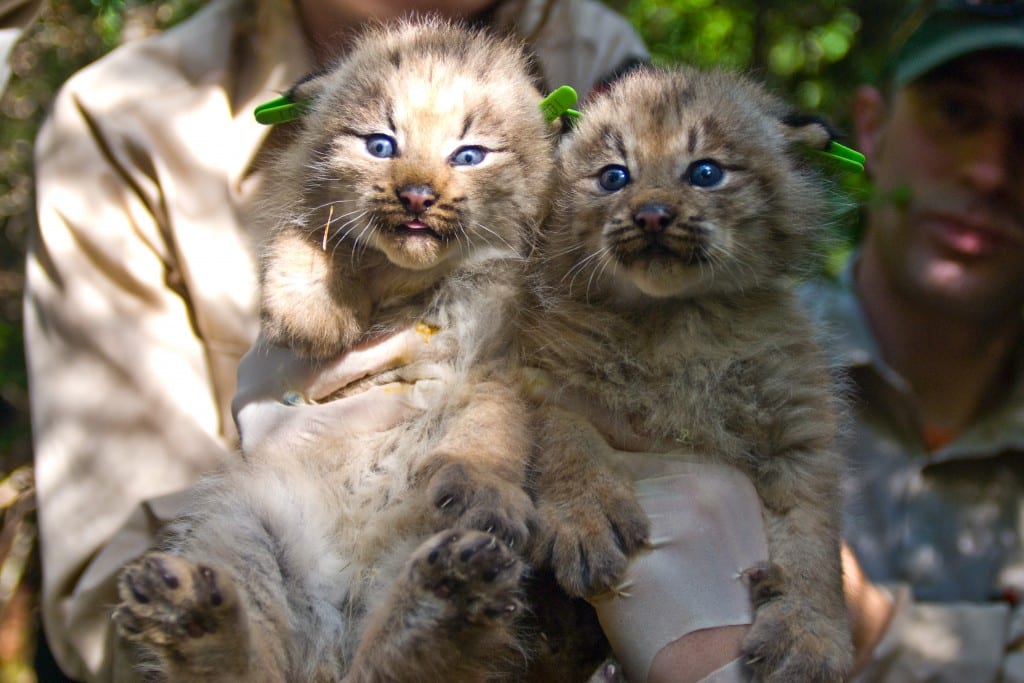 The Canadian lynx also has a very big vocabulary. Not only it can purr, meow and hiss like a normal cat, but it will also chirp, growl and shriek. And when mating season is around, you’ll hear all of those sounds a lot!

6. Not Too Different from a Housecat 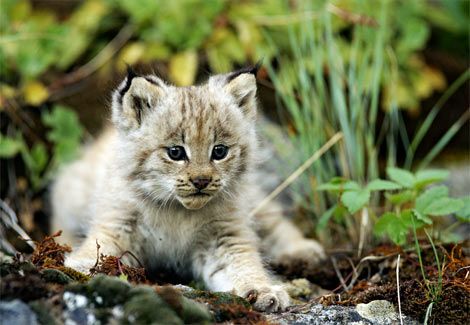 Being a feline, apart from the bigger size, puffy paws and short funny tail, the lynx is like a large house cat. Only that the lynx also has to hunt to eat, but Max the lynx is surely a spoiled fluffy brat waiting for one tummy rub! Here’s his story…

5. Max is a Spoiled Lynx 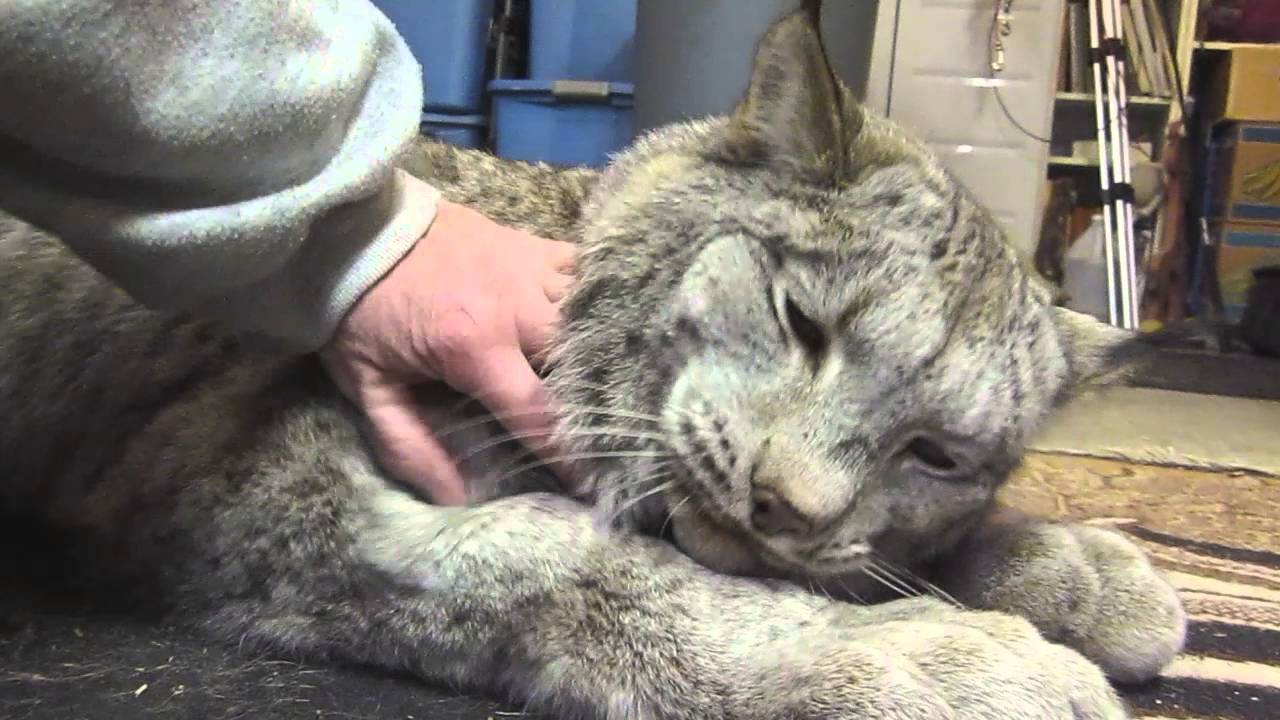 This big friendly cat was born at the zoo in 2011. He is partly wild and partly domesticated. His carers said that Max is an animal ambassador for his species and that he ‘has his own indoor and outdoor housing.’, and that he’s not a house pet.

4. The Shadow of the Forest 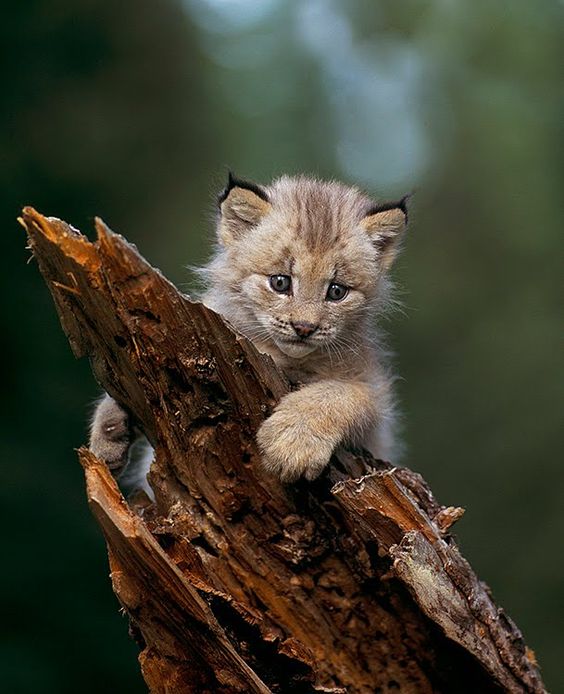 Lynxes have this nickname because they don’t get seen too often. They will appear more during the mating season that’s lasting a month. But after that, it will disappear in the snow-white forests. That’s a cute shadow!

3. Mother Nature at Her Best 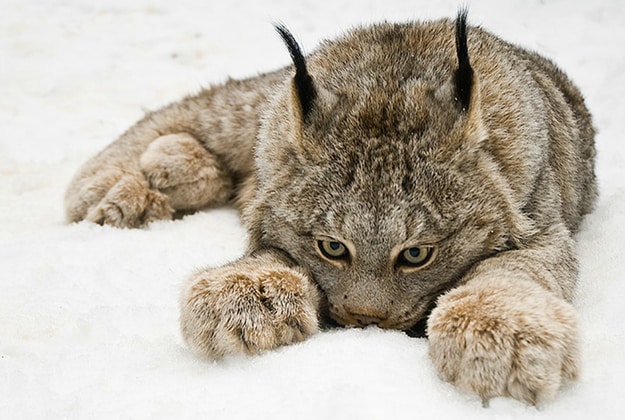 Looking at this extraordinary animal, we know that Mother Nature has done her best to keep her creatures alive. We can only hope that people will also do their best… 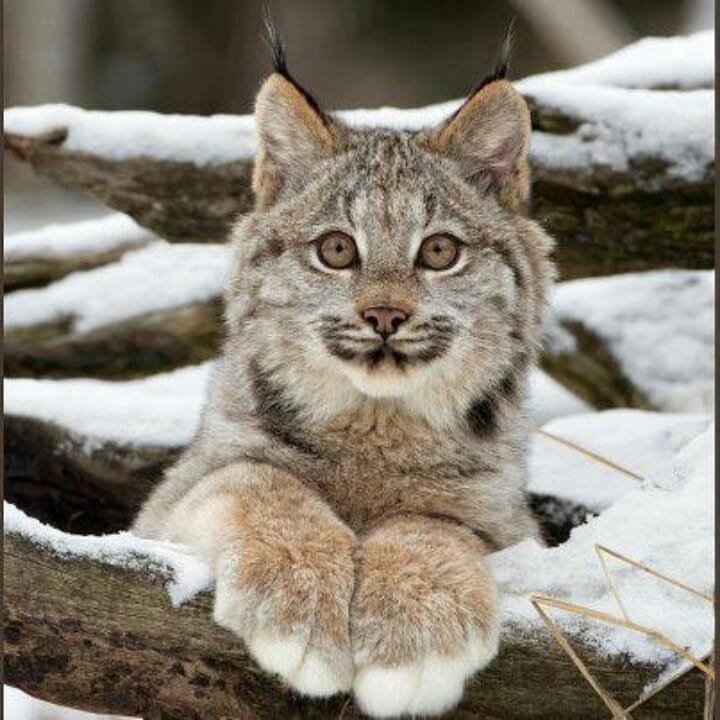 You can’t say you don’t like kittens! It’s our duty as humans to protect the big-pawed kitties so our future generations can still see them in the wild and not just in books or documentaries! 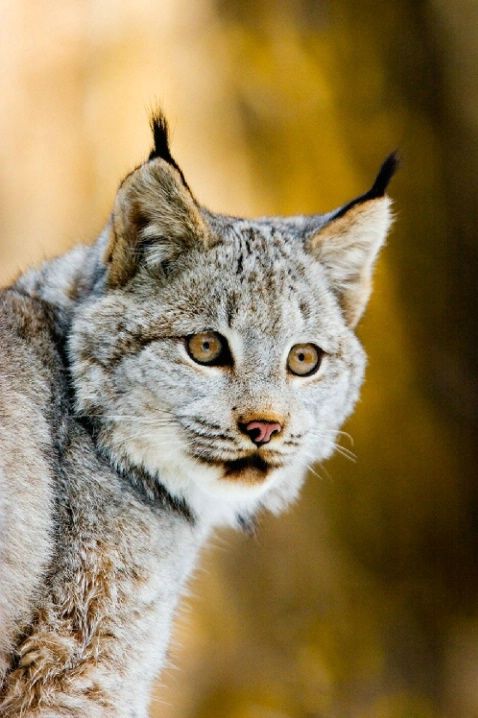 There is no doubt that the Canadian lynx, with its adorable paws hidden in its mittens, is one of the most beautiful creatures in the world! Our hearts cannot possibly handle this much fluffiness!