Elderly Dog Receives A Gift And A Mysterious Note, What Happens Next Is Amazing

Every dog has that special toy that they just can’t do without. Some dogs cherish that one toy so much, that they never let it leave their side. They may even go so far as to sleep with it or take it with them on walks. This is specifically the case with a pup named Jaxon and his favorite toy called “Greenie”. 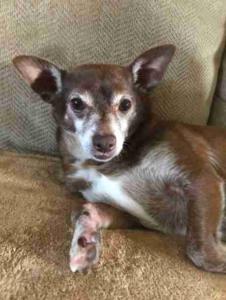 This is specifically the case with a pup named Jaxon and his favorite toy called “Greenie”. Meet Jaxon and his most favorite toy, “Greenie”. Greenie is a green plush alligator which was given to him in his stocking on the very first Christmas he spent in his new home with his adoptive parents, Kelli Brown and her husband. 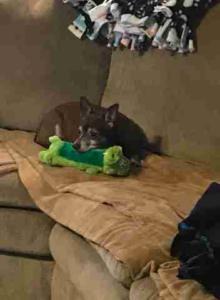 Jaxon, now 12 years old, was adopted by the Brown’s on December 8th, 2014 and has had the same toy ever since. Jaxon has had other toys, however none compare to Greenie.

“We have tons of toys in the house, but he only has eyes for Greenie,” explains Brown.

Over time Greenie has endured quite a bit of wear and tear. It was time to replace the toy, but Kelli Brown was in for a shock when she returned to the Petsmart where she had originally bought the toy… 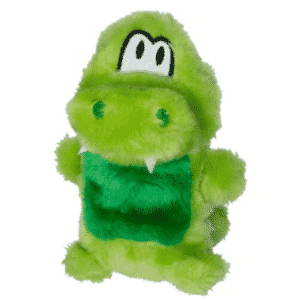 Kelli had returned to Petsmart where she had originally purchased the Top Paw toy, but to her dismay the toy was nowhere to be found. After asking the store manager about it, she was told that the toy had been discontinued. So, she did what any dog mom would do, and bought the next best thing for her pup.

There was a similar toy that she decided to buy as a replacement, but the question was whether or not Jaxon would like it… 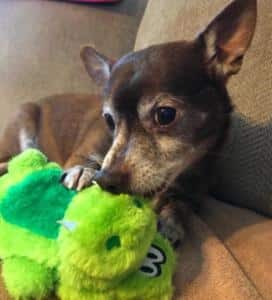 For a short time, it seemed as though Jaxon would accept his new green toy. However, it wasn’t long before he wanted nothing to do with it. He just wanted his Greenie back.

Kelli decided, enough was enough. It was time to take her problem to the internet! 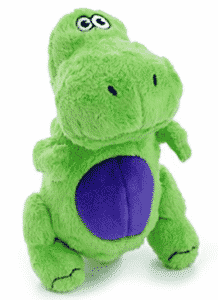 “@PetSmart PLZ HELP! This Top Paw toy has been discontinued but it’s the only toy 12 y/o Jaxon will play with. Got any laying around? We’ll buy them all up if you’ll let us! Our internet search brought us no luck. Very sad boy here!! ”

Many people responded to her post, but their suggestions only recommended replacements which both Kelli and Jaxon knew would not compare.

Hope was almost lost, until a kind-hearted Petsmart employee and fellow dog mom reached out to Kelli… 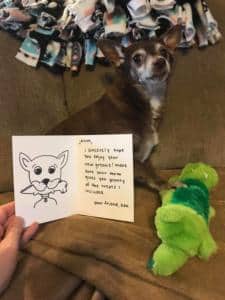 Not long after Kelli had posted for help, her prayers were answered! A kind-hearted Petsmart employee named Kendyl Kercho searched high and low in the Petsmart store she worked at in Texas and low and behold she found a box of the discontinued Greenie toys!

“I think what inspired me is my love for pets. I have a desire to do anything in my power to help animals anywhere and everywhere,” said Kercho in an interview. “I figured if anyone could help, it was me, because I work at PetSmart where the toy comes from.”

Kendyl told Kelli about the good news and it wasn’t long before the two had exchanged mailing details and for Kendyl to ship the box of goodies out for Jaxon. 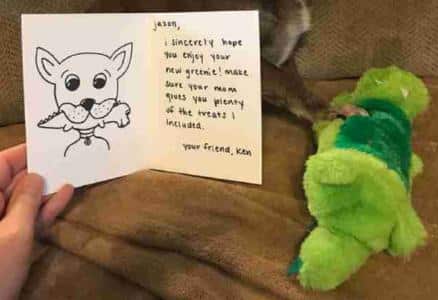 Kendyl even included a very thoughtful letter inside the box of goodies for Jaxon.

He was about to open up the surprise of a lifetime! 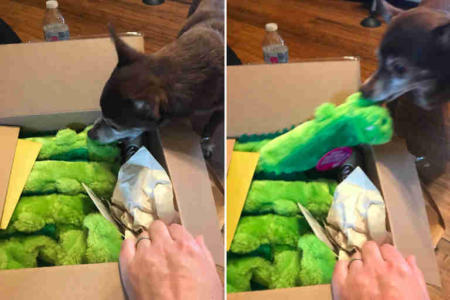 Jaxon was over the moon with excitement when Kelli opened up the box of Greenies that Kendyl had shipped. It was as if he couldn’t believe what he was seeing. Kelli recalled that he was visibly trembling with excitement. 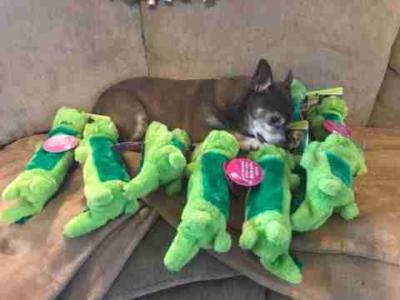 As a dog mom herself, Kendyl knew how much her Chihuahua Brock loved his special toys, so she knew she had to do everything in her power to help Jaxon.

“I actually squeaked audibly when I found the clearance toy bin in the back where they were tucked away,” Kercho said. “I immediately told my manager, ‘These are the toys I’ve been looking for for my Chihuahua friend in Kentucky!’”

Kendyl even included some other special treats in the box full of Greenies. 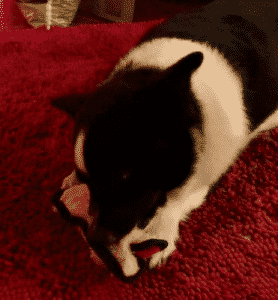 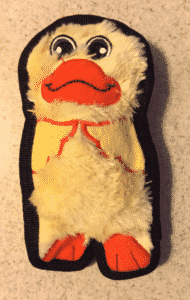 Kelli was absolutely thrilled with how the internet came through for her and couldn’t believe just how thoughtful people really are. Fellow Twitter users even began posting pictures of their pets with their favorite toys!

“Happy to say the power of the internet came through BIG TIME. He is so happy right now … thank you all,” Brown posted. 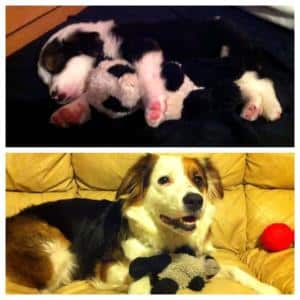 People could absolutely relate to Kelli’s story. Jaxon was not the only pooch out there who just couldn’t live without his fav toy. This Twitter users pup, has had the very same toy since he was a puppy. It looks like it’s seen some better days but this guy’s not letting go! 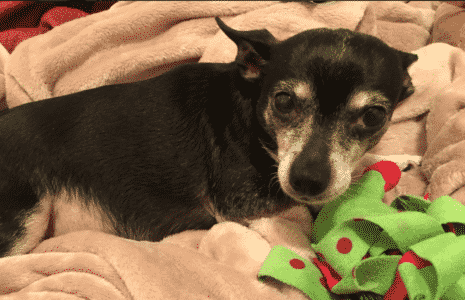 Many owners believe that there are certain toys that bring comfort to their animals. Giving them up would be unimaginable and Kendyl Kercho totally gets this. All she has to do is look at her Chihuaha Brock and she is reassured that she did the right thing.

Just look at this face!: 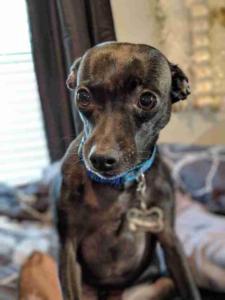 Brock sure is one lucky pup to have such a considerate mom. Not only does she take good care of him, she also knows how to lend a helping hand to others in need!

“When I saw that Jaxon had received the toys, I actually teared up a little,” said Kercho. “He’s a very good boy who deserves the world.”

If you can’t get enough of seeing animals with their absolute favorite toys, we’ve got more ahead!

Just wait until you see what kinds of wacky toys these upcoming animals just can’t seem to part with! 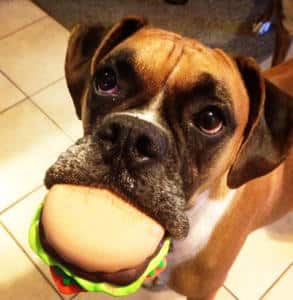 This Boxer just loves her cheeseburger! Even though it isn’t the real deal, nothing is stopping her from slobbering all over it.

5. Best Spot in the House 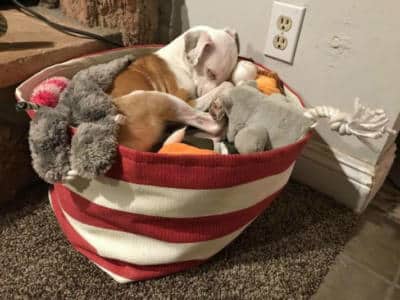 Some dogs just can’t seem to choose just one toy, so they just claim them all. Looks like the best spot in the house, that’s for sure. 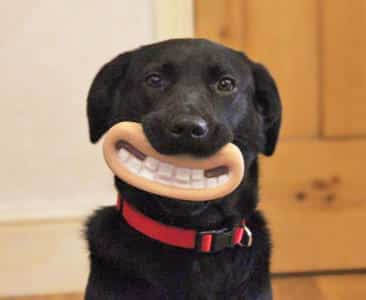 Nothing like a squeaky clean smile. This Labrador knows exactly how to trick his humans into believing that he doesn’t need his teeth brushed. They’re always on point!

3. Can’t Do Without Their Special Toys 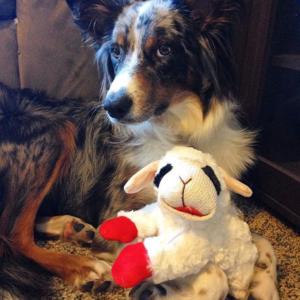 This lovely lady adores cuddle time with her little lambchops. And can you blame her? Who doesn’t love cuddling up with a soft and cozy snuggly?? 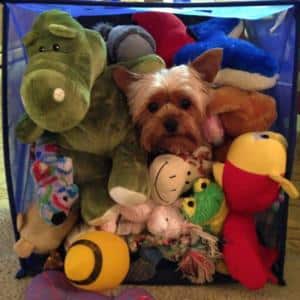 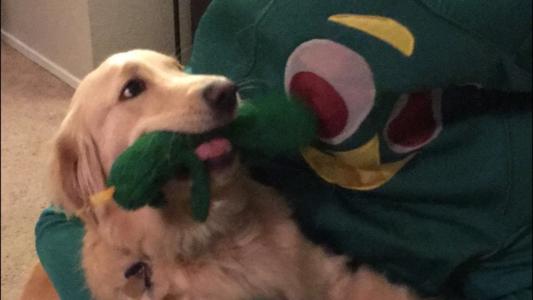 Thanks for joining us today! We hope you enjoyed. Stick around for more amazing stories coming up next!