Niagara Falls Is Frozen And Looks Like A Fairytale, You Won’t Believe Your Eyes

Niagara Falls is an incredible place that’s known for attracting tourists all over the world. This location is so amazing that many people love to propose here because it makes everything so much more romantic. The best time to visit Niagara Falls is during the winter because it looks like a fairytale land. Check it out for yourself, #12 and #9 are our favorites! 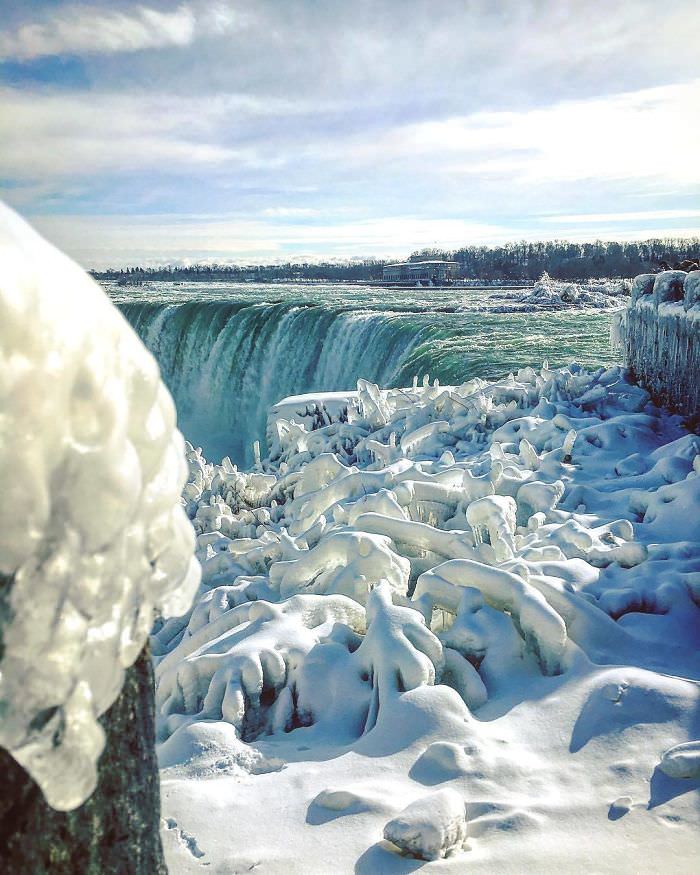 Isn’t this scenery amazing? If Disney ever decided to make a live-action version of “Frozen”, this is where they need to film! Although, this picture pales in comparison with what’s to come. 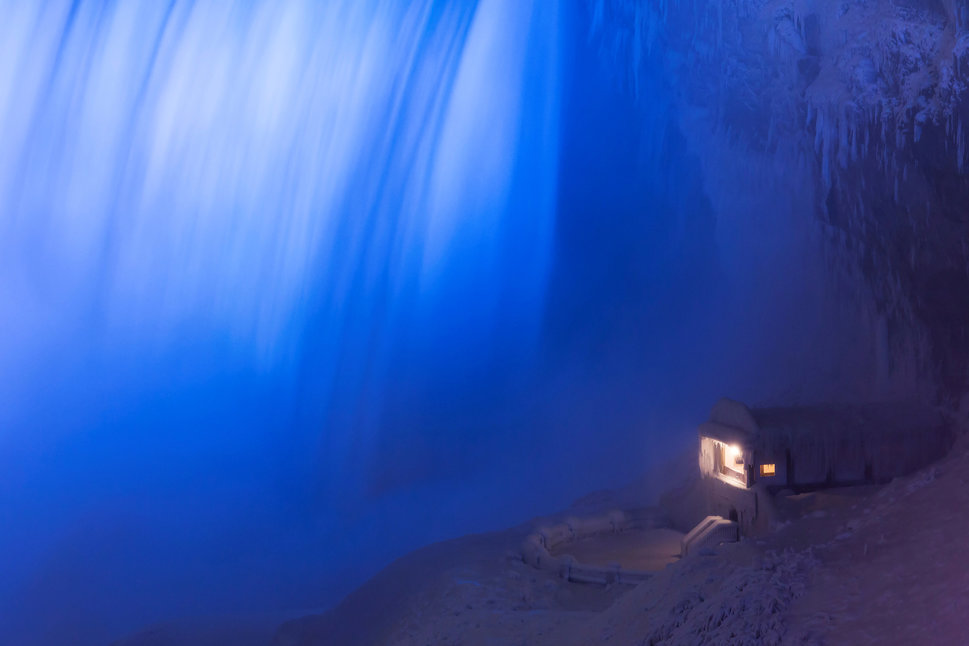 This picture is surreal. Can you imagine how awesome it would be to live in that ice covered house? The cold would be pretty hard to stand, but the view would be fantastic! Talking about amazing views, you won’t believe how amazing the frozen waterfall looks. 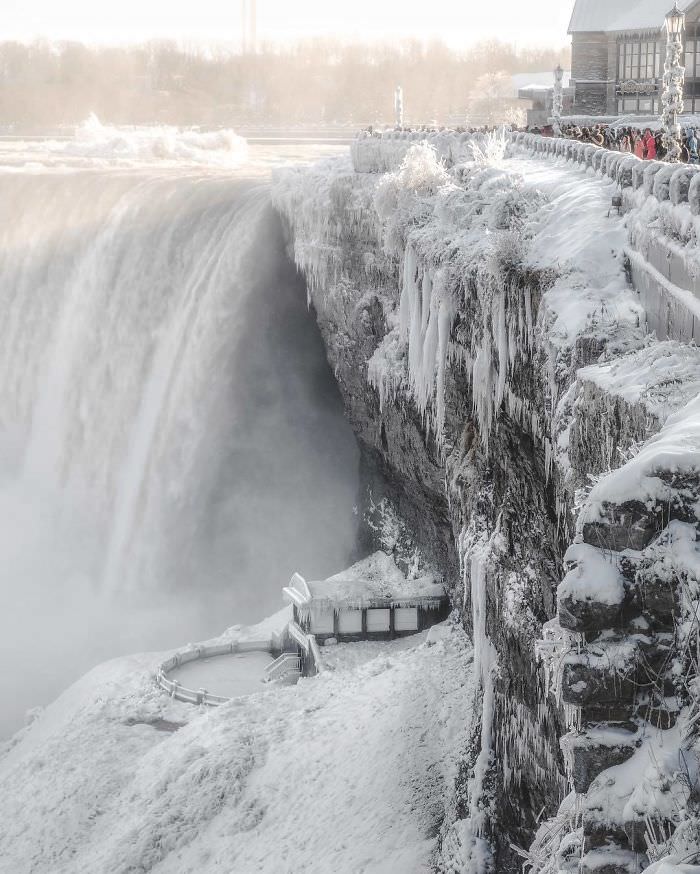 Is this jaw-dropping or what? No wonder that Niagara Falls attracts thousands of tourists every year and why it is always used as a default picture in North American postcards. While the snow might look amazing, people who live around need to be careful about the ice! Scroll down to see why. 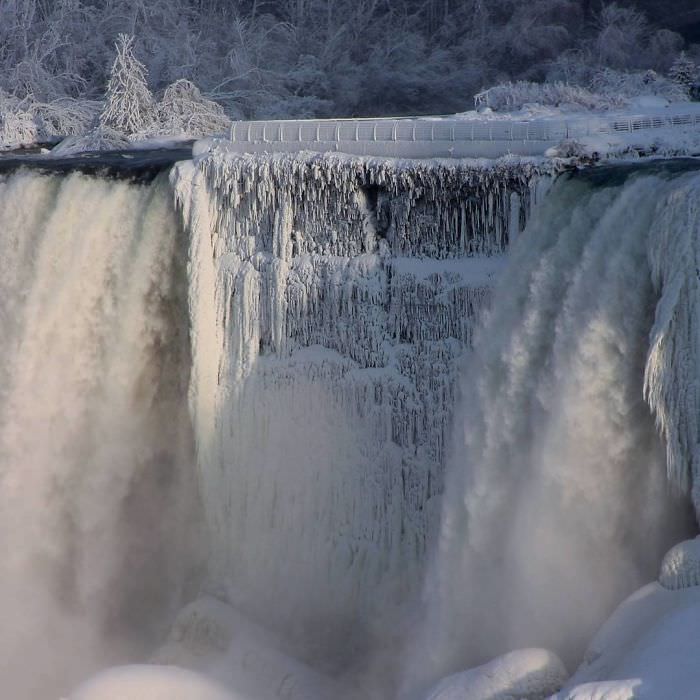 As you can probably tell, the roads are quite slippery during winter. Therefore, all visitors who want to check out this amazing view need to be extra careful about where they step. There’s another thing that people need to take into consideration when visiting Niagara Falls during winter season… 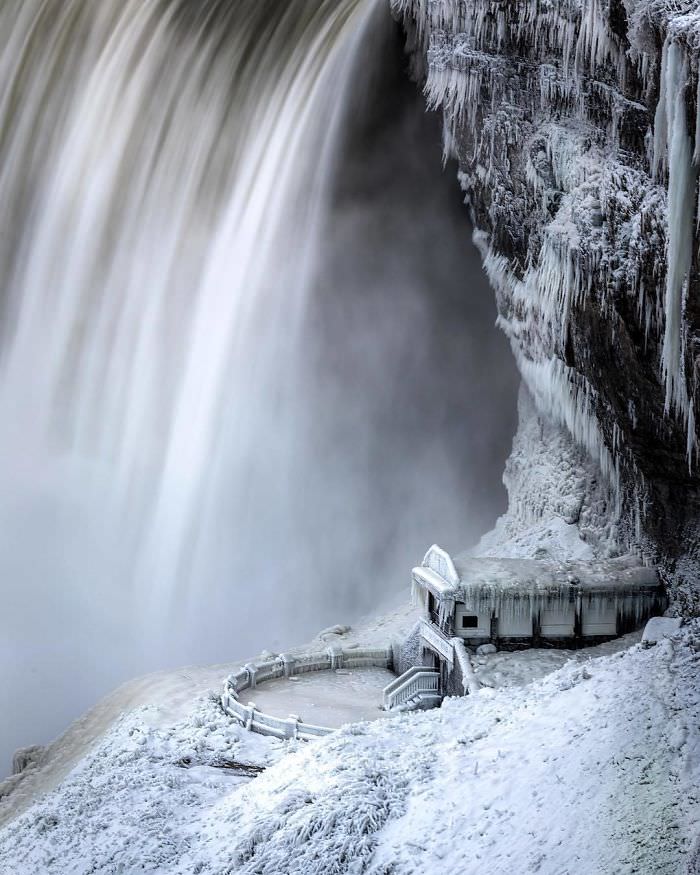 There are giant icicles all over the place and if one of them falls, people need to be careful not be around! This is why local authorities are always present when tourists come to see Niagara Falls during the winter. 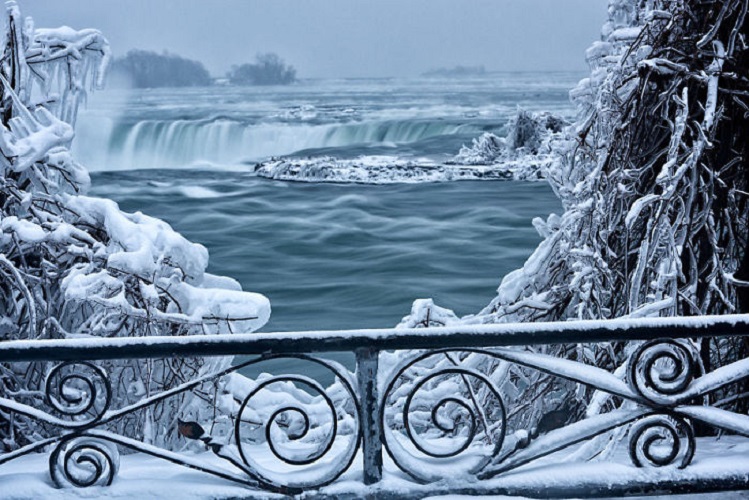 This shot is so amazing that people might mistake it for a painting. This shows us that visiting Niagara Falls during the winter should be something that everyone does at least once in their life. How old do you think Niagara Falls is? 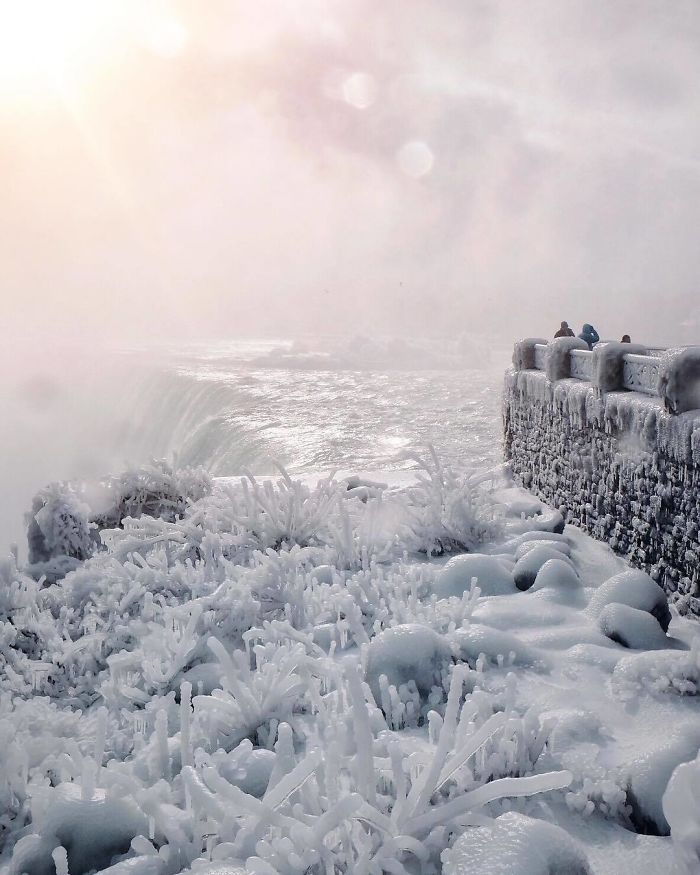 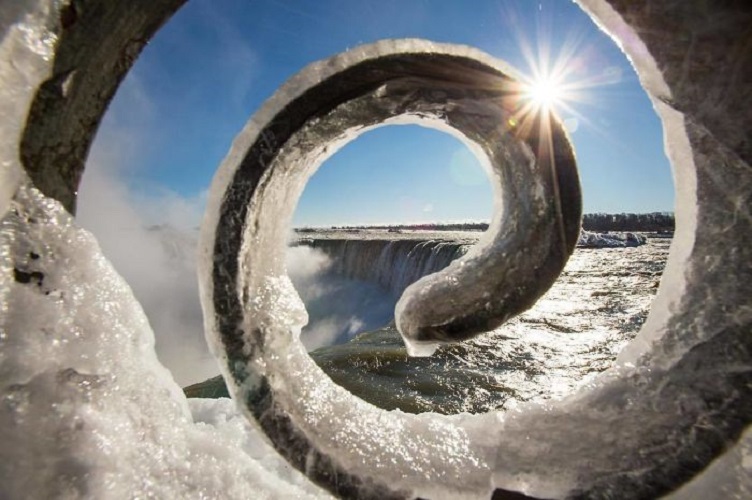 Seeing how Niagara Falls is considered to be a young river, it puts things in perspective. Experts are saying that 12,000 years are just like a microsecond in geological time and that Niagara Falls still has a lot of room to grow. Nonetheless, this is how the river was created.

Niagara Falls was created by water and ice erosion. This all started when glaciers began pressing down on the land during the last ice age. After many years of erosion, the sediment left behind by the glacier rose up. Did you know that there is an even bigger waterfall than Niagara? 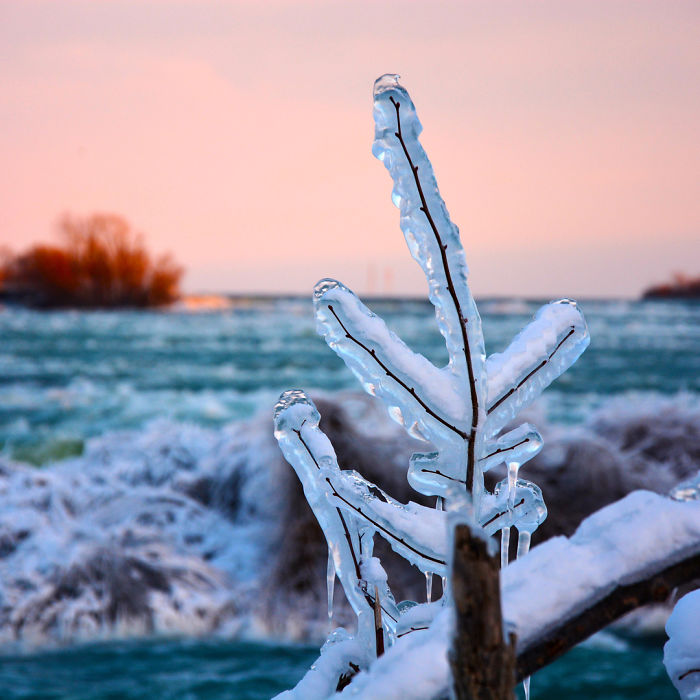 Despite Niagara Falls’s huge size, it isn’t the biggest in the world. The biggest waterfall in the world is Victoria Falls which is located in South Africa. Check out the upcoming picture to see what it looks like. 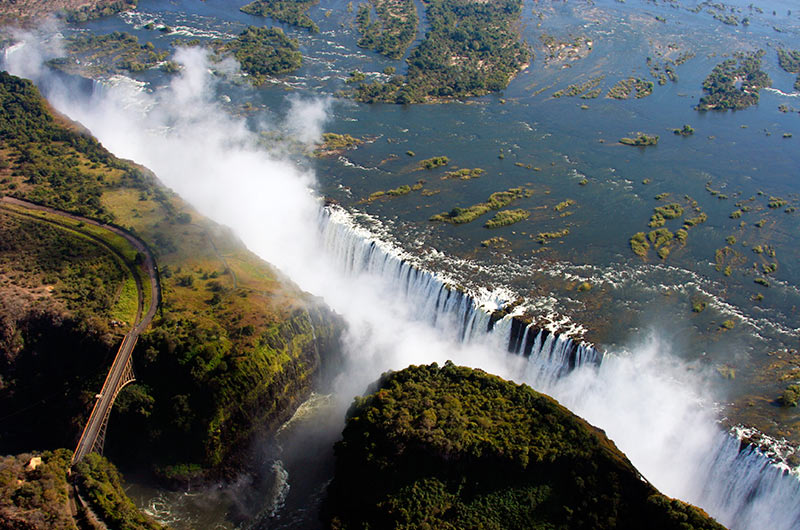 This waterfall is so big that it makes it look like the planet is breaking in half! No wonder Niagara Falls sits in the second place when South Africa has this. Moving back, let’s see why Niagara Falls looks better than Victoria Falls. 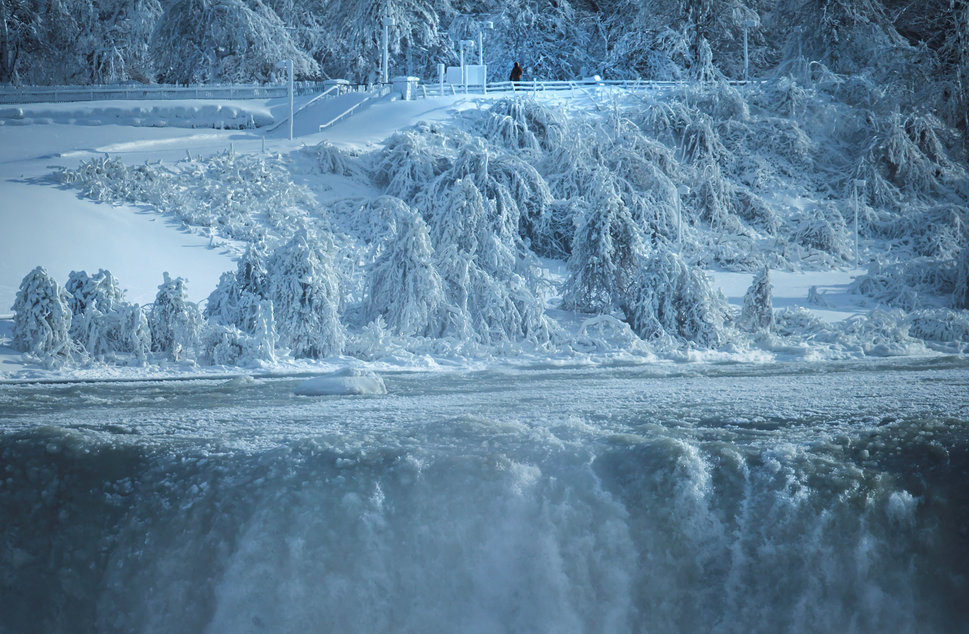 The reason why Niagara Falls looks more like a fairytale land than Victoria Falls is that it goes through four seasons. While a hot climate might be nicer to live in rather than a cold one, the entire world looks so much better during winter. Just like we can see in the next pictures. 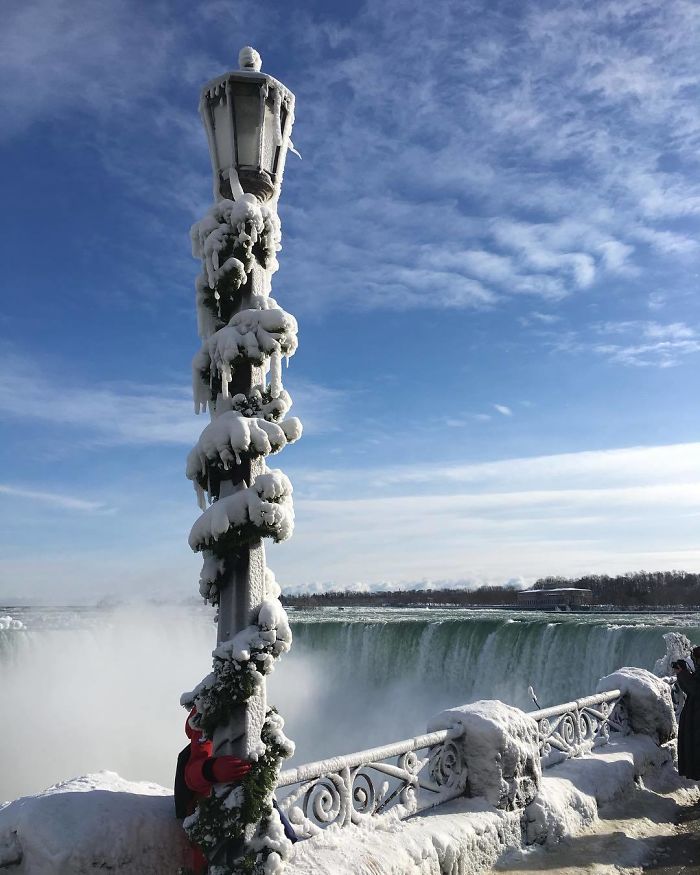 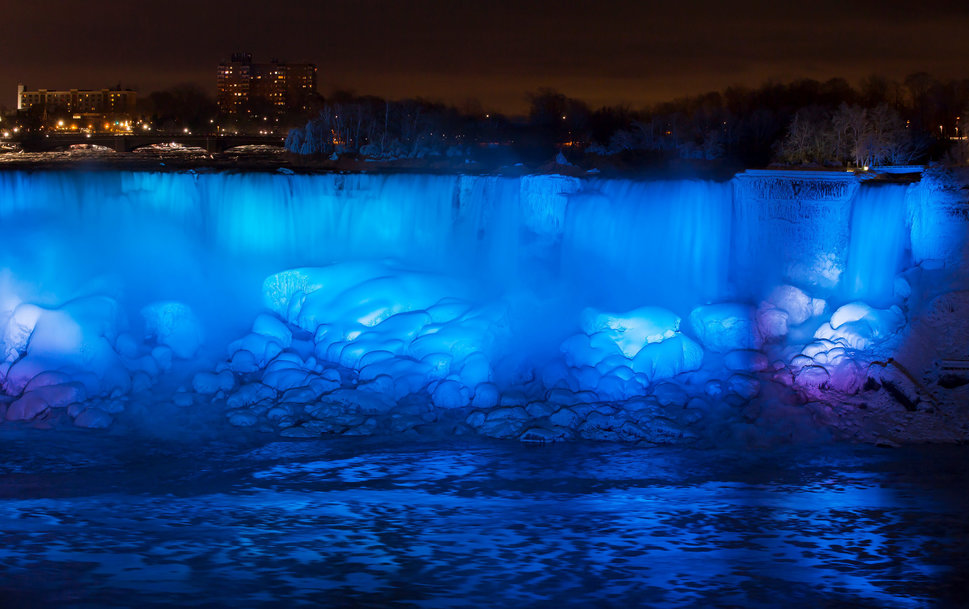 This picture is taken from the Canadian side of Niagara Falls and it shows us the ice and water flow that goes beneath the surface. 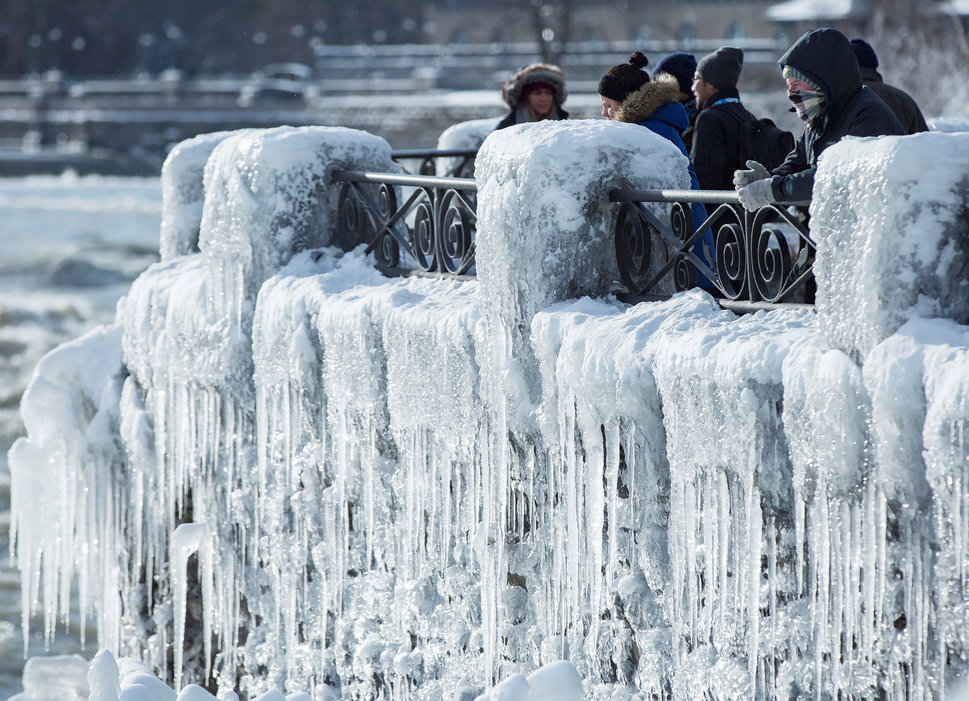 Despite the freezing cold, tourists still come to snap pictures of Niagara Falls. Although, anyone would resist these cold temperatures if they got to admire such a mesmerizing view. Would you endure the cold temperatures for this view? 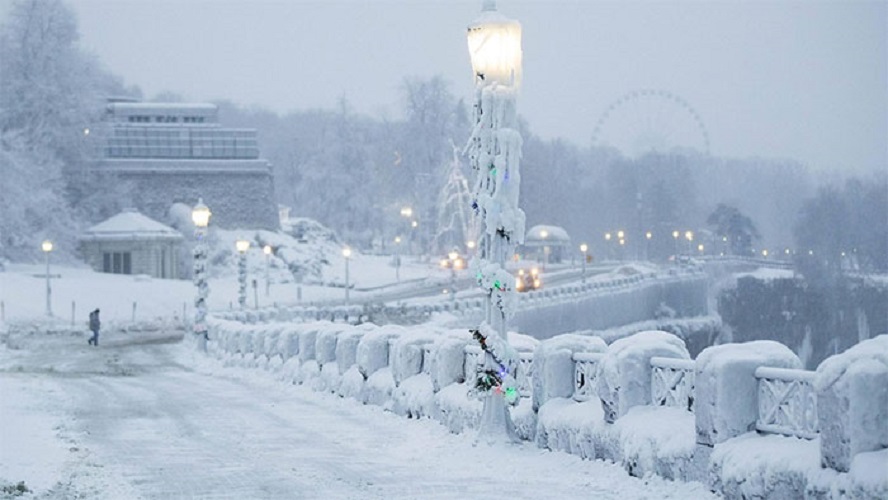 Did you know that one-fifth of all the fresh water in the world lies in the Upper Great Lakes Michigan, Huron, Superior and Erie? Can you guess where the outflow of all those leaks goes? 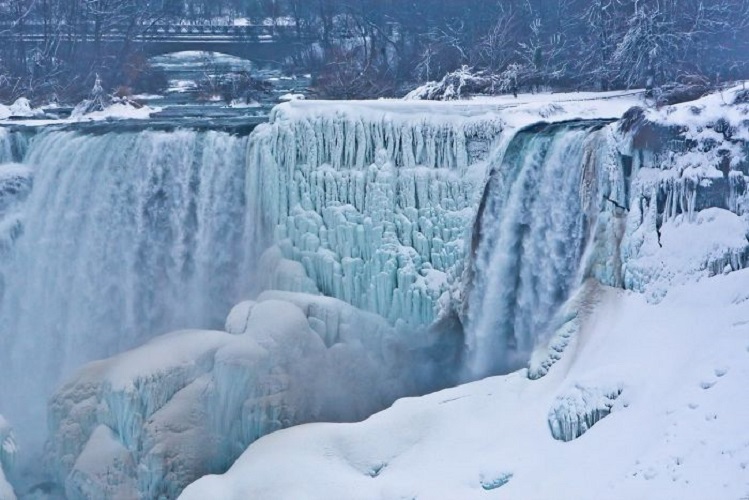 Yes, you guessed right! All that outflow water empties into the Niagara River which eventually arrives at the cascade. You won’t believe how many miles the water flows until it reaches the Great Lake Ontario! 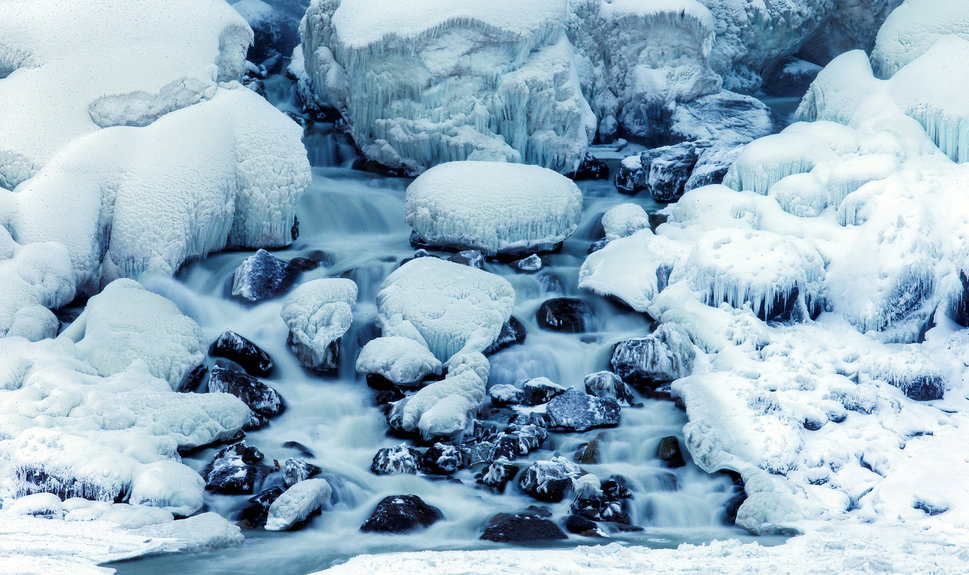 After reaching the bottom of the falls, the water travels for a whopping 15 miles before it reaches the fifth Great Lake Ontario. What’s even more interesting is that the land between the lakes does not slope at all and it does something entirely different instead. 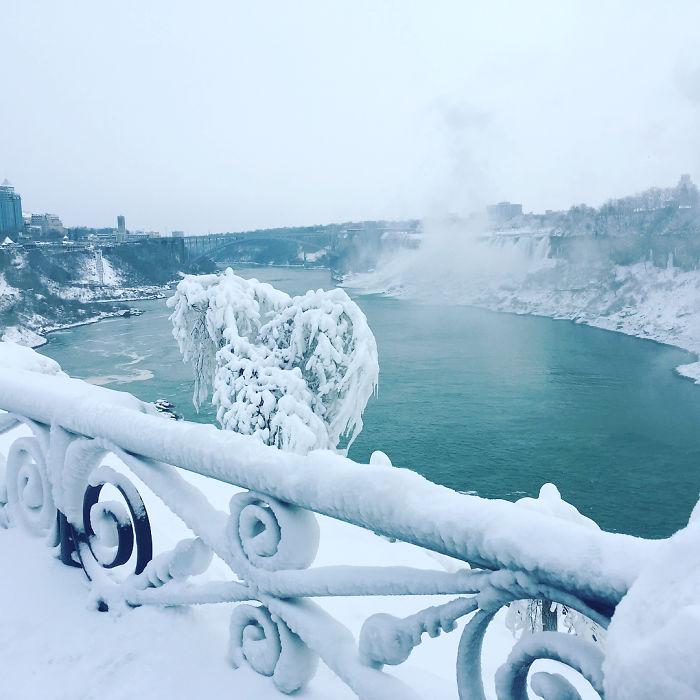 Instead of forming slopes around the lakes, the land forms a huge drop instead. The drop is approximated to be the same height as a 20 stories building. This drop is regarded as the “Niagara Escarpment” by experts. 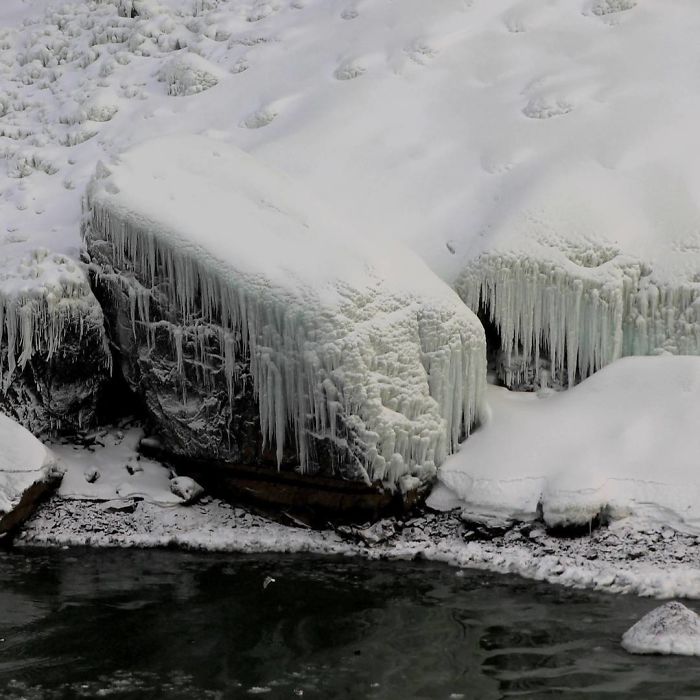 Now, this is a literally cool picture! Let’s hope that we can get some more pictures before spring comes and the ice melts away. Nonetheless, Niagara Falls is surely a place that we all need to visit at least once.