Losing a child to cancer is one of the most unbearable losses that any parent could ever go through. Losing the battle after being surrounded by hospital walls, CT scans, and chemotherapy is a struggle that no one would wish upon any other child or family.

Meet the Orchard family, whose daughter, Athena, was diagnosed with bone cancer. You’ll be inspired by the bravery of this young girl who fearlessly looked cancer in the face and left behind a secret that would uplift her family forever. 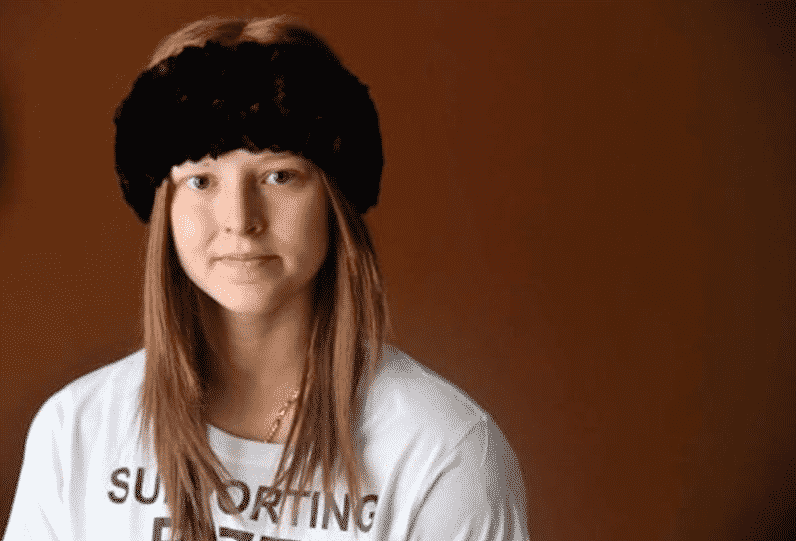 Diagnosed with bone cancer at the incredibly young age of 12, Athena Orchard began her ongoing battle against the cancer invading her body. Her daily routine of hanging out with friends and doing homework assignments quickly changed to ongoing surgical procedures, radiation, and chemotherapy.

However, none of this changed the young girl’s positive nature. 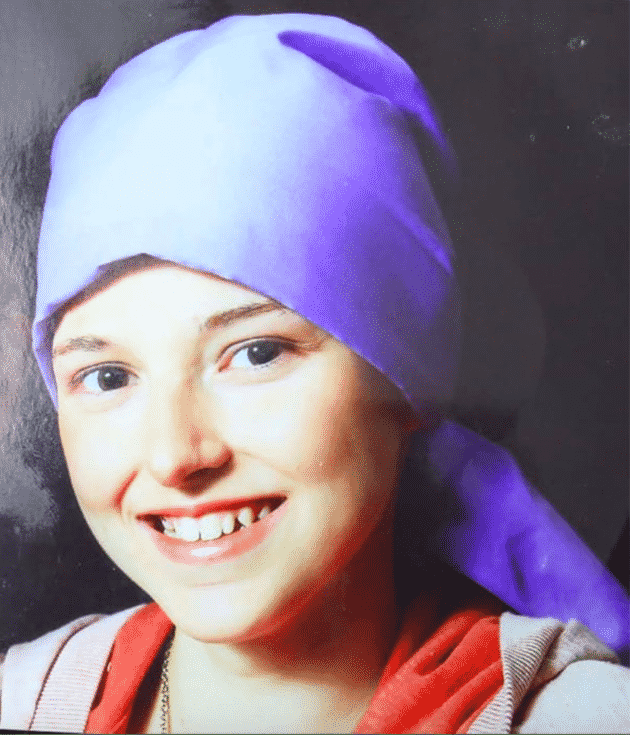 Despite the pain of enduring nonstop treatments, Athena’s attitude always remained positive. In fact, the young girl could often be heard reminding her own parents to not skip meals and to keep a smile on their faces. While helping Athena through her treatments and still managing to take care of her six sisters and three brothers, the parents didn’t realize a huge secret that Athena had been keeping from them… 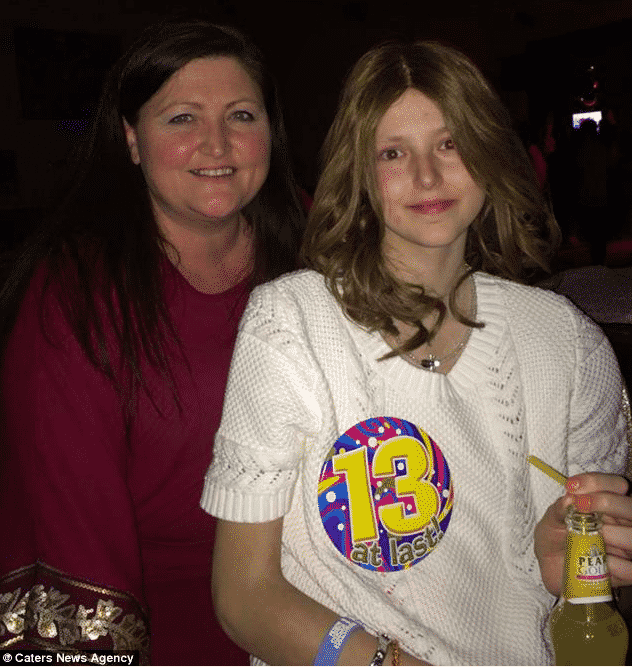 Athena continued to battle the osteosarcoma for months. She underwent surgeries to remove a tumor on her spine and went through tons of chemotherapy. Still, she prevailed, even celebrating her 13th birthday with a party.

However, the situation quickly changed for the worst. 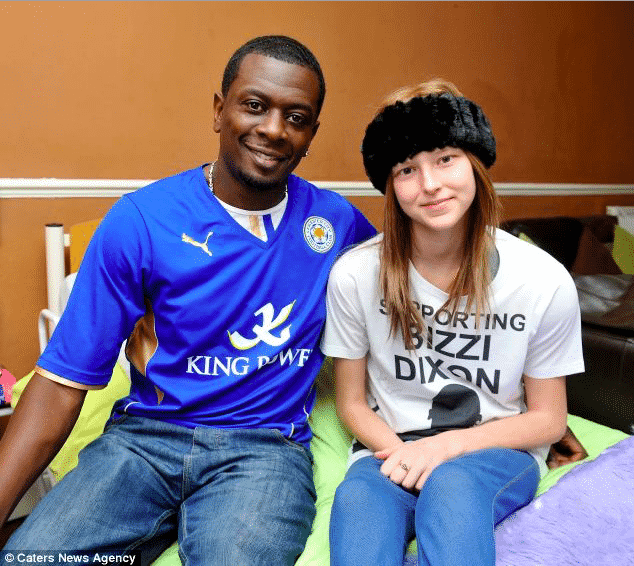 After turning 13, Athena lost her fight with cancer and passed away on May 28th, 2014. Her mother and father were absolutely devastated. Her parents, however, had no idea that Athena had left behind a beautiful secret that would keep them feeling connected to her forever. 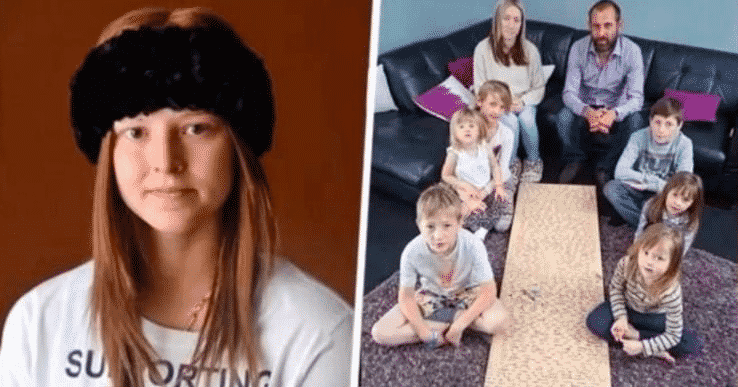 A week after her death, Athena’s parents were left with the daunting task of cleaning out her bedroom. Dean and Caroline began to sort through all of her belongings in order to clear out the area. The last thing they expected was to come across Athena’s secret message. 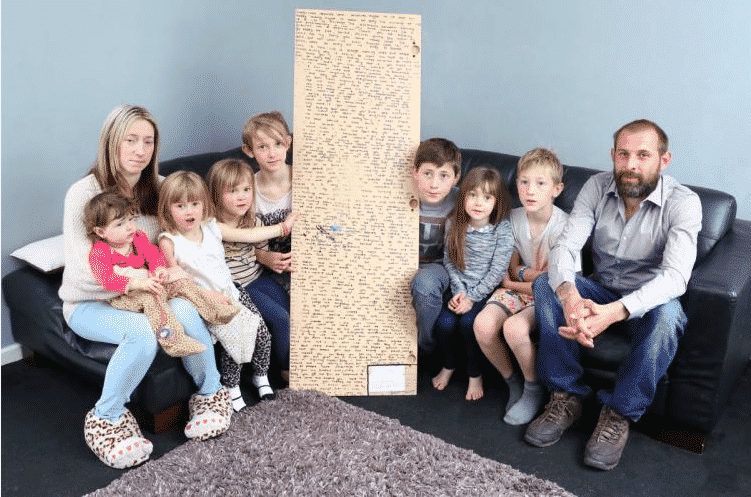 Dean began to go through Athena’s stuff, sorting out where they would place all of her things. In her bedroom was a full-length mirror that Dean immediately began to move. He had no idea how much that mirror would mean to him after discovering what was so special about it. 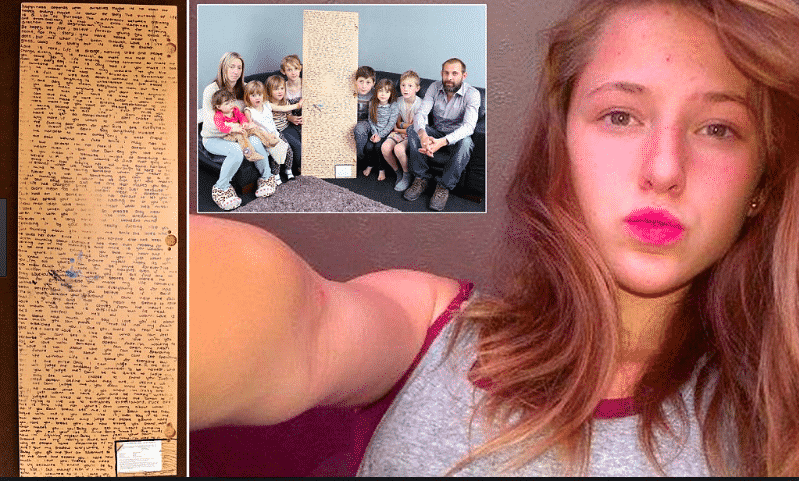 On the back of her bedroom mirror, Athena had left behind a 3,000-word note written in black marker. The writing he found instantly shocked her father as the message inscribed on it reminded him of his daughter’s brave personality.

So what had Athena written that had shocked her father so much? 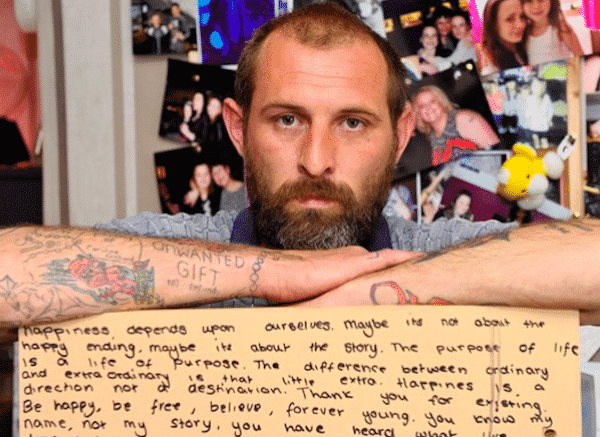 Written on the mirror were all of Athena’s innermost feelings about the life struggle that she was going through. One of the messages said, “Every day is special, so make the most of it, you could get a life-ending illness tomorrow so make the most of every day. Life is only bad if you make it bad.” 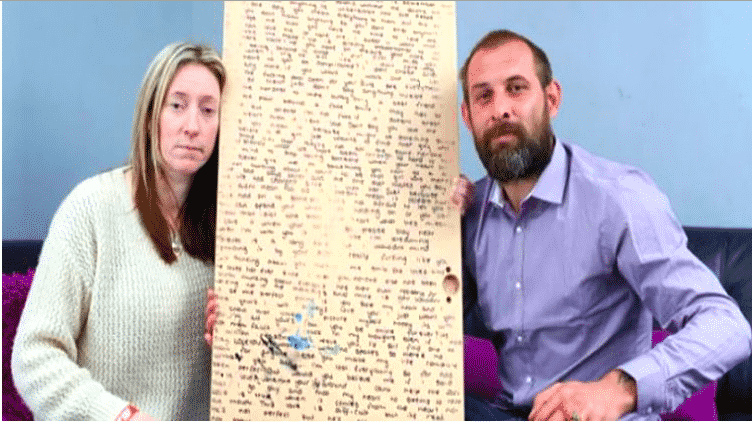 “She never mentioned it, but it’s the kind of thing she’d do. She was a very spiritual person, she’d go on about stuff that I could never understand – she was so clever,” Dean said about his daughter’s message.

Mr. Orchard had to stop reading the message at one point because it caused him to burst into tears. He then showed his wife the amazing message and her reaction was extraordinary… 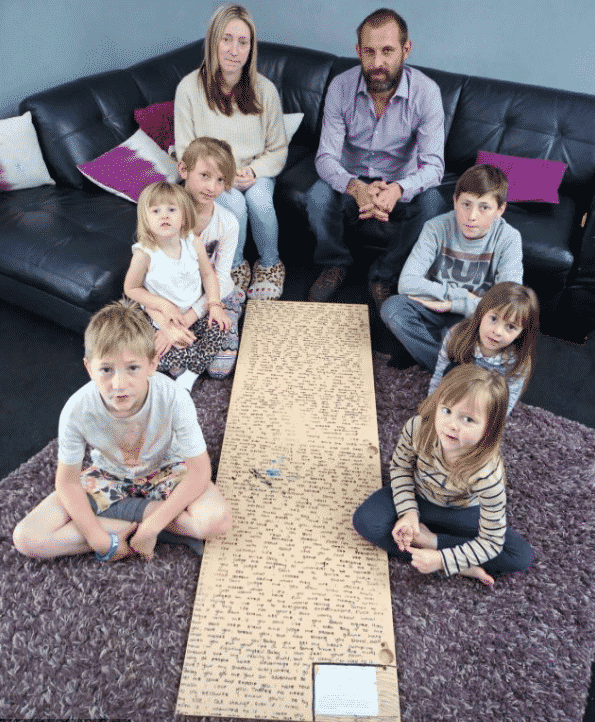 Caroline often described her daughter as ‘the bravest person I know.’ She was so happy to have this keepsake from her.

“We knew that Athena loved to write, that was part of who she was, it made her happy. Dean started to try and read [the message] but then he just broke out in tears. She was an incredible girl, so bright and so strong, she continually amazed me,” Caroline said.

So what does the family plan to do with the mirror?

8. Her Memory Lives On 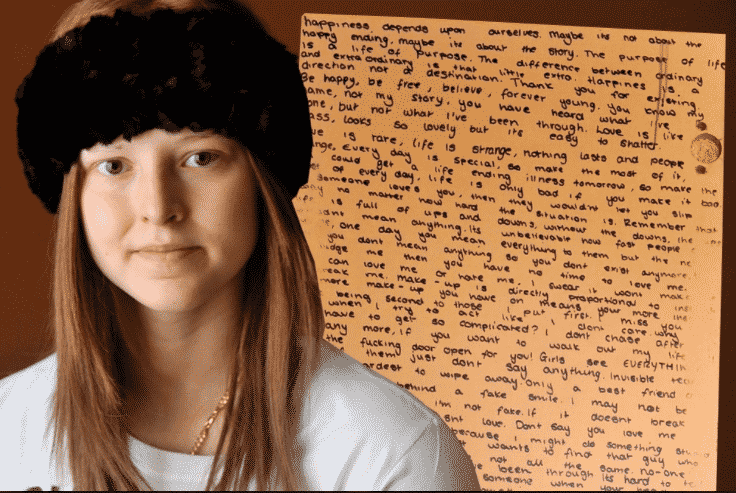 “We’re keeping the mirror forever, it is a part of her we can keep in the house, it will always be in her room,” Caroline said. “Just reading her words felt like she was still here with us, she had such an incredible spirit.”

Next you’ll read a beautiful excerpt from the young girl’s writing that will inspire you as well. You’ll be amazed at the kind of writing that came from such a young mind undergoing such a serious life battle. We’re almost certain that her work will resonate with you on a deep level. Take a look. 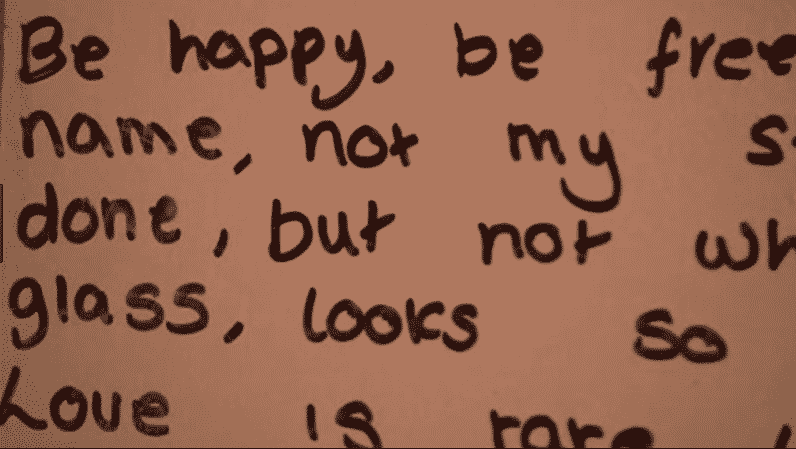 That is just a small part of the 3,000-word message that Athena put together. Athena would also mention her disease and how she battled it to her last breath.

However, the messaged penned on the mirror wasn’t the only surprise Athena left behind. 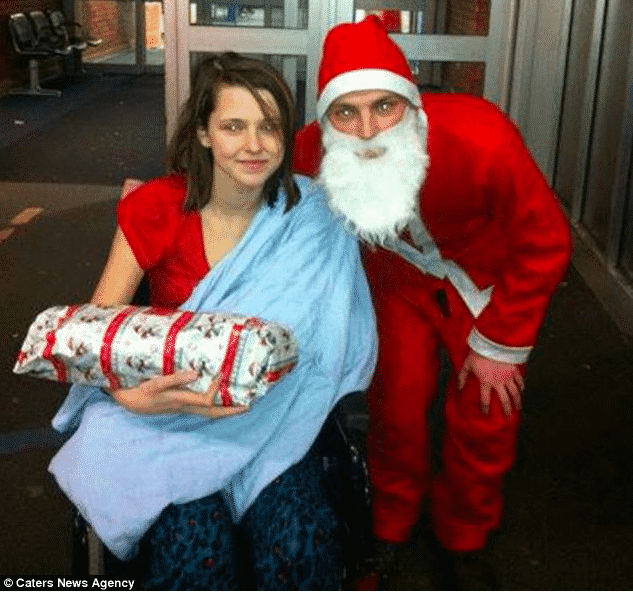 Athena was a creative writer, according to her parents, and she left behind some even more incredible work. Her mother and father found a box filled with songs that Athena had wrote. Her parents plan on keeping the box of songs as well.

Athena’s message continues to inspire everyone, including prominent public figures. Next are just a few of the many people that Athena managed to inspire with her message.

Athena was able to meet with boxer, Leon Woodstock before passing away. The boxer emotionally described her writing as ‘so touching’ when interviewed about the situation.

Harry from TOWIE described Athena as ‘incredible, bright and strong.’ Everyone that met Athena noticed how bright and strong she was for her age and she only continues to inspire more and more people each day.

You won’t believe who else was inspired to leave messages. 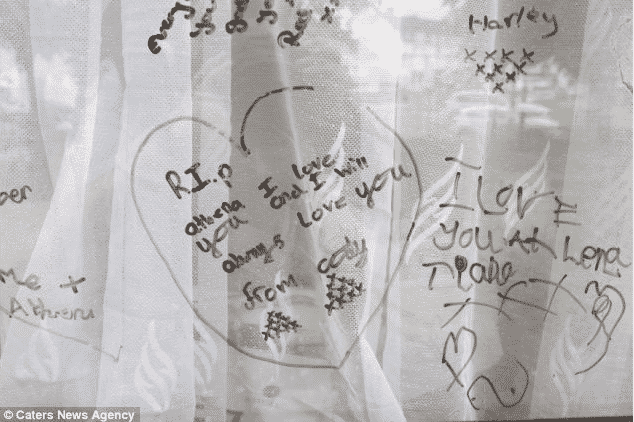 Athena’s closest friends and family gathered together to leave messages in remembrance of Athena and her shining personality. Athena’s friends wrote tribute notes to her that her family has now hung up on the windows of their home. Some of the notes include messages such as: ‘I love you Athena and I will always love you.’

The family never expected such an outpouring of love, especially after choosing to share their story with the world.

So how did everyone else react to this brave girl’s story? 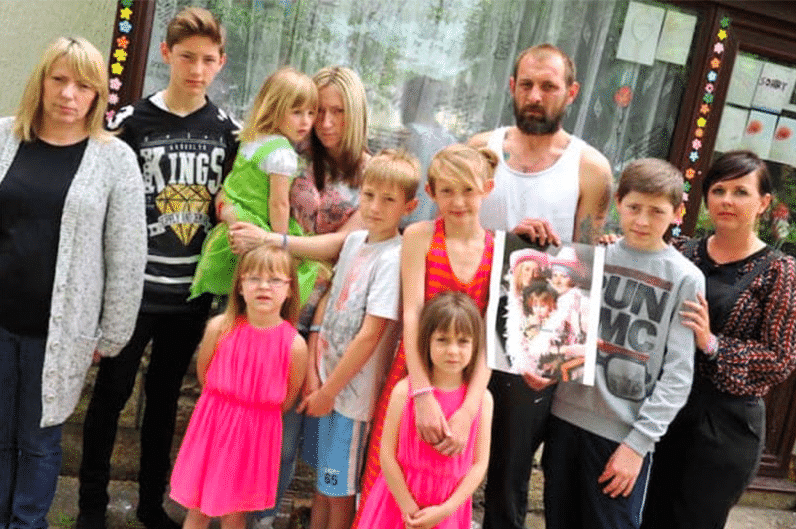 Athena’s story instantly went viral. Her fighting spirit and her message that urged for self-reflection and a positive mindset inspired people from all over. Her parents were happy to share her story and were so inspired by their own daughter that they wanted to bring her beautiful spirit to everyone.

Check out some more of her inspiring message that will make your heart swell. 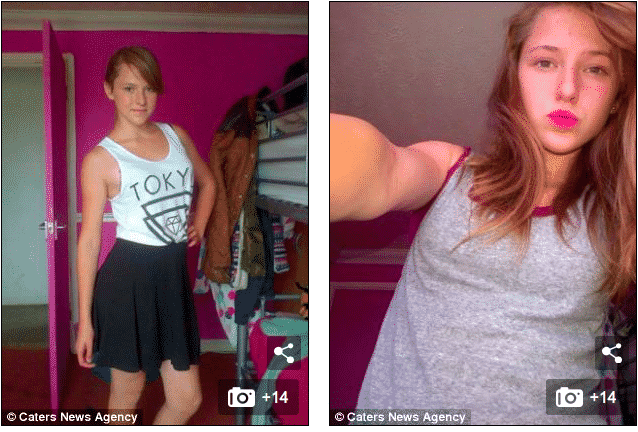 “Never give up on something you can’t go a day without thinking about. I want to be that girl who makes the bad days better and the one that makes you say my life has changed since I met her!”

Athena’s wish has absolutely come true. Now everyone from around the world will remember her story, strength, and creative nature that she poured into her writing.

Interested in the full-length version of her writing? The next picture will have the entire, unedited version for you to enjoy.

1. Her Mirror, Her Message 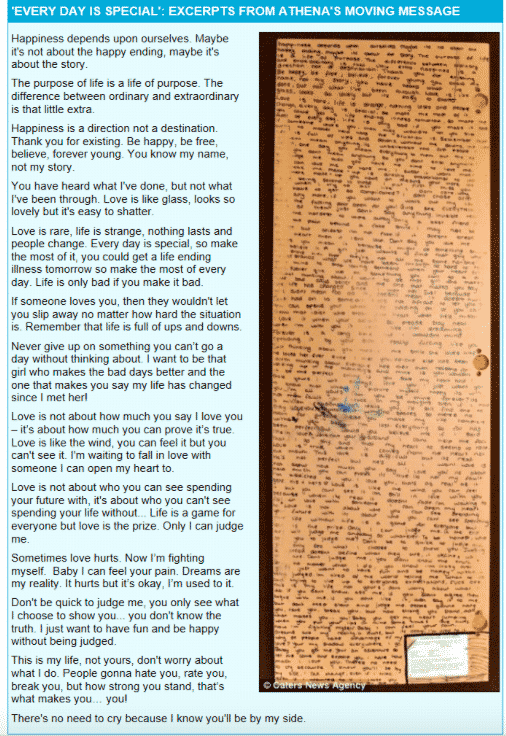 Check out the full message and prepared to be inspired by her stunning message. Be sure to share this amazing story with anyone that you think will be inspired by Athena’s bravery and amazing writing.