Dancing is a great way of expressing yourself and having fun at the same time! While it might be obvious that people like dancing, there are many other species that love it as well! In fact, the folks at the Dallas Zoo have a gorilla named Zola who does the most amazing thing whenever she is put in a swimming pool! 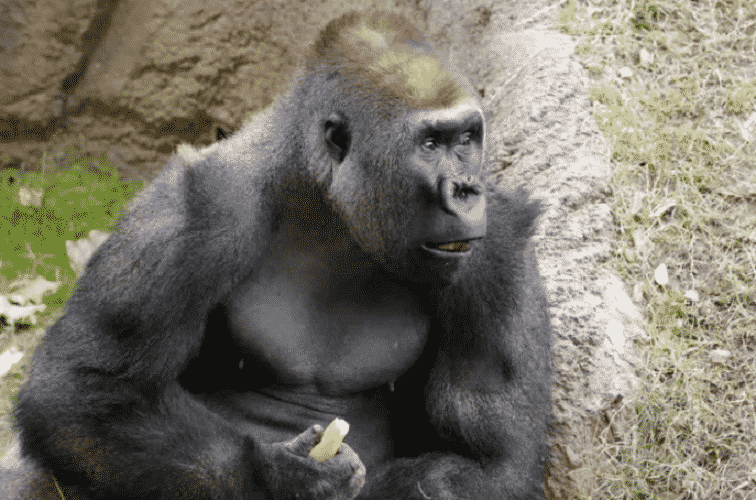 Gorillas are big and fierce animals and this is why most people wouldn’t expect them to dance! Well, Zola is here to break the stereotype because dancing is her favorite thing. You won’t believe what she does whenever she is put in a kiddie pool. 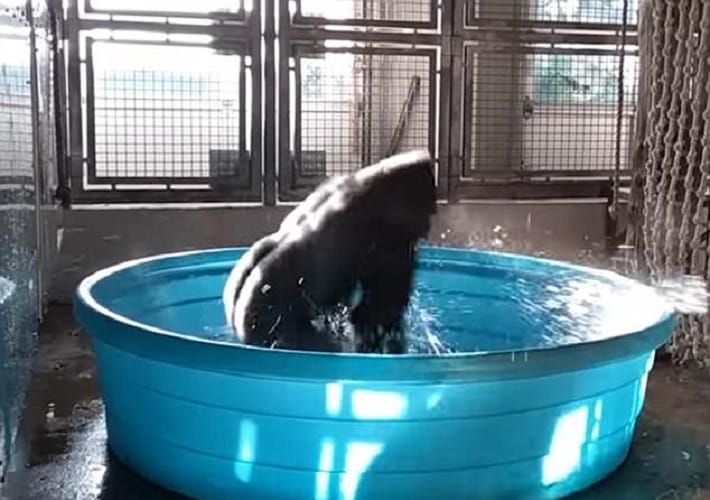 It all started when the zookeepers put Zola in a kiddie pool in order to give her a bath. However, the most unexpected thing happened after she felt the water around her feet… 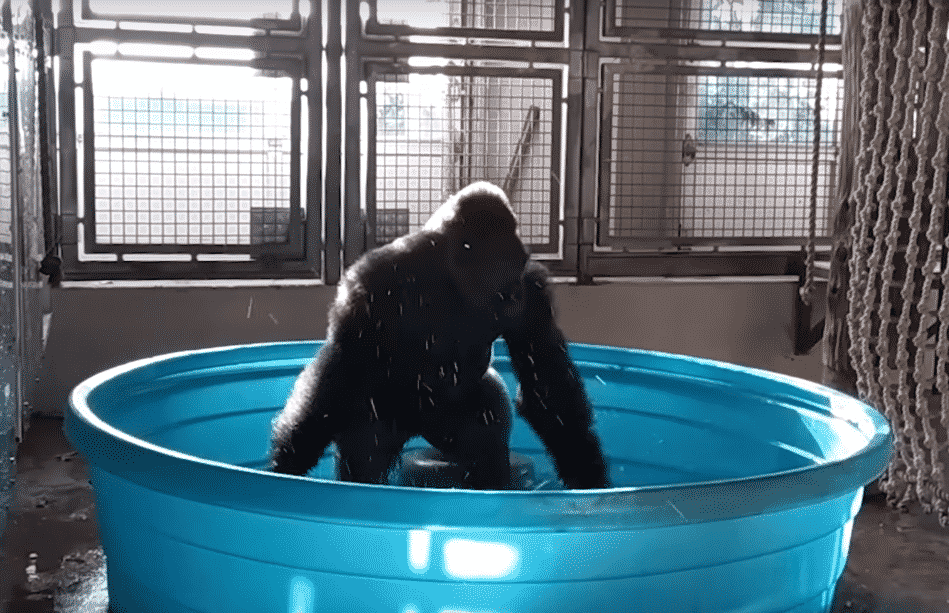 Zola started splashing water around as soon as she got in the kiddie pool. Although, this was just the beginning!

Not long after entering the kiddie pool, Zola started spinning around. The zookeepers didn’t realize what she was doing at first, but they figured it out right after seeing what she did next. 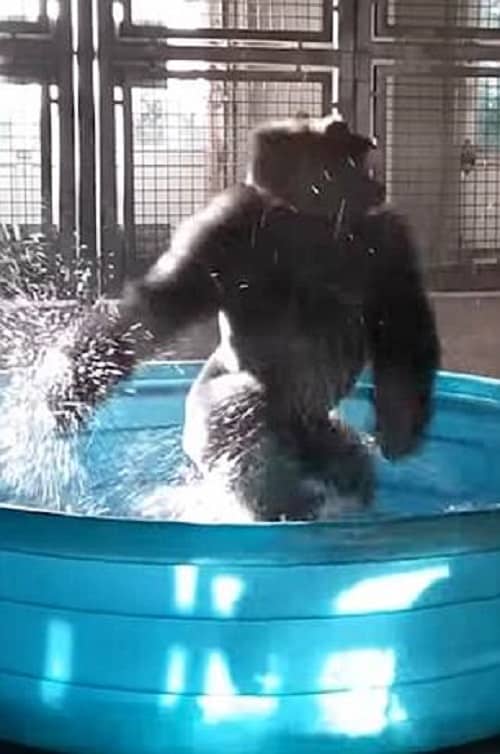 Zola started spinning around while splashing water at the same time. This was hilarious and the zookeepers did the right thing by filming her because what Zola did next left them in awe! 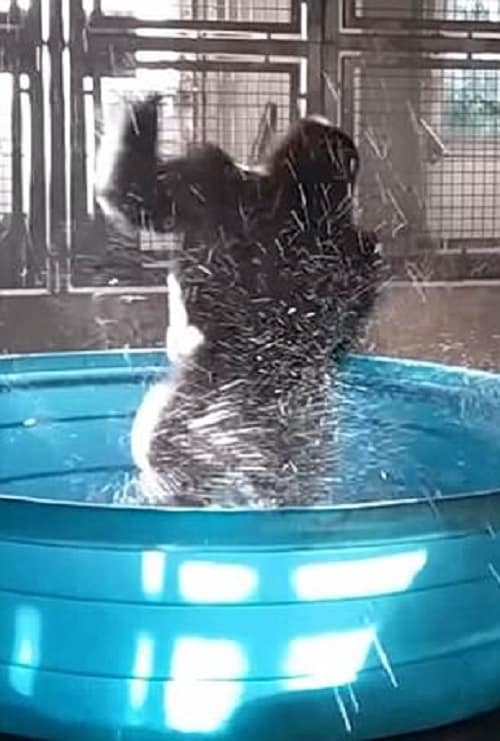 Zola started throwing her arms like she just didn’t care! The gorilla was dancing and the zookeepers couldn’t believe what they were seeing. To make things even better, Zola started spinning around super fast. 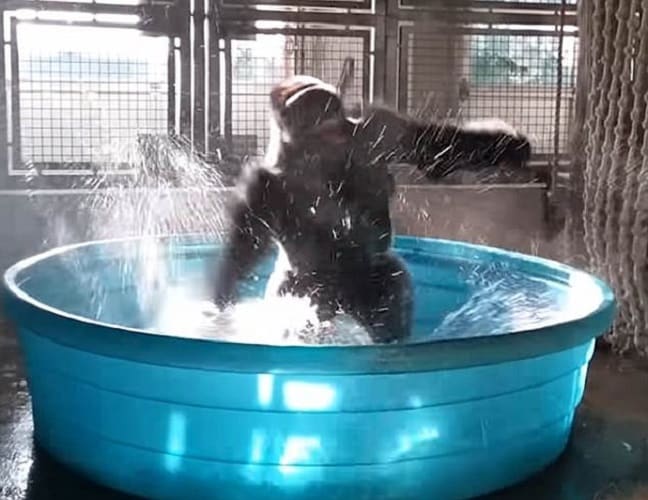 Zola was spinning super fast! This left the zookeepers in awe because they have never seen anything like this before. Nonetheless, this is when Zola decided to show them another special dance move. 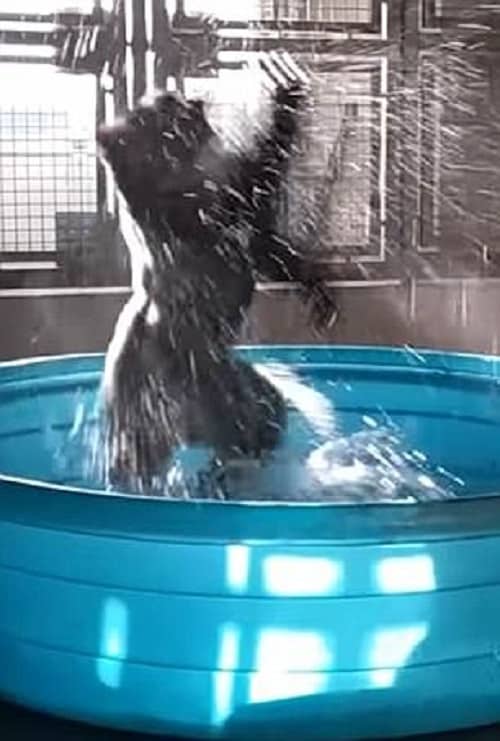 As you can clearly see, Zola is the queen of the dance floor! This isn’t where Zola’s amazing dance skills end. Make sure you check out the following photos to see what I am talking about. 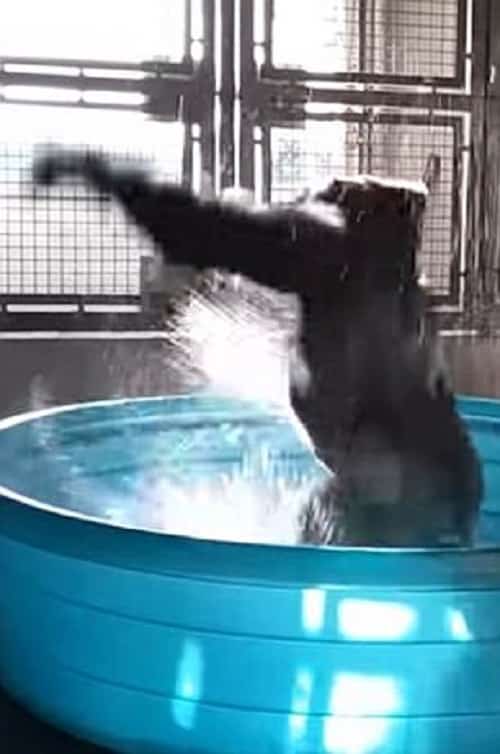 Even though this is unusual behavior for a big gorilla like Zola, the animal is having fun while dancing and this is all that matters. Do you think this is the only time that Zola danced for the camera? 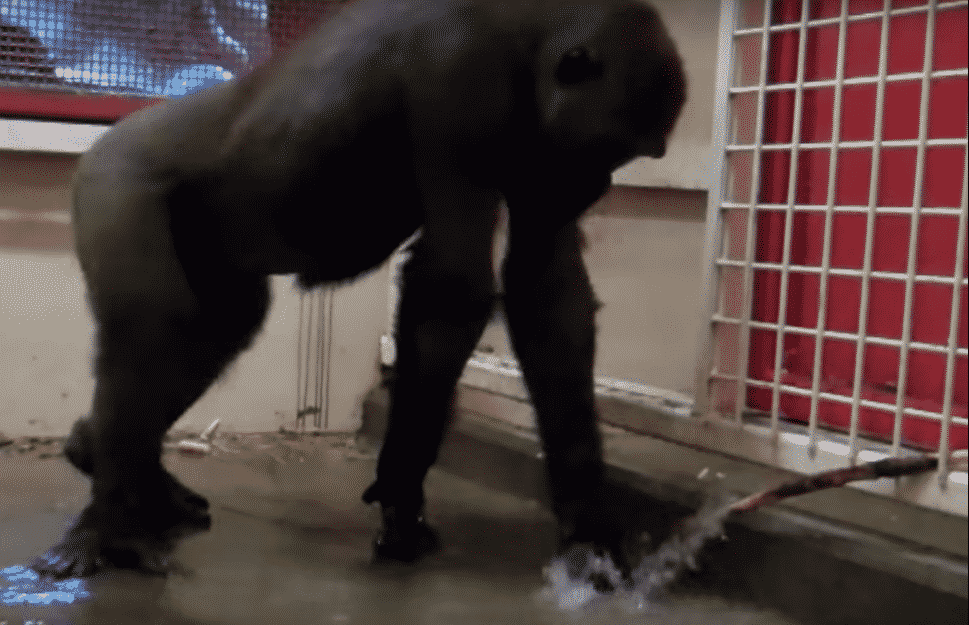 The second time Zola showcased her dancing moves wasn’t in a kiddie pool! However, water was pouring down a hose and this prompted Zola to start spinning around once again! 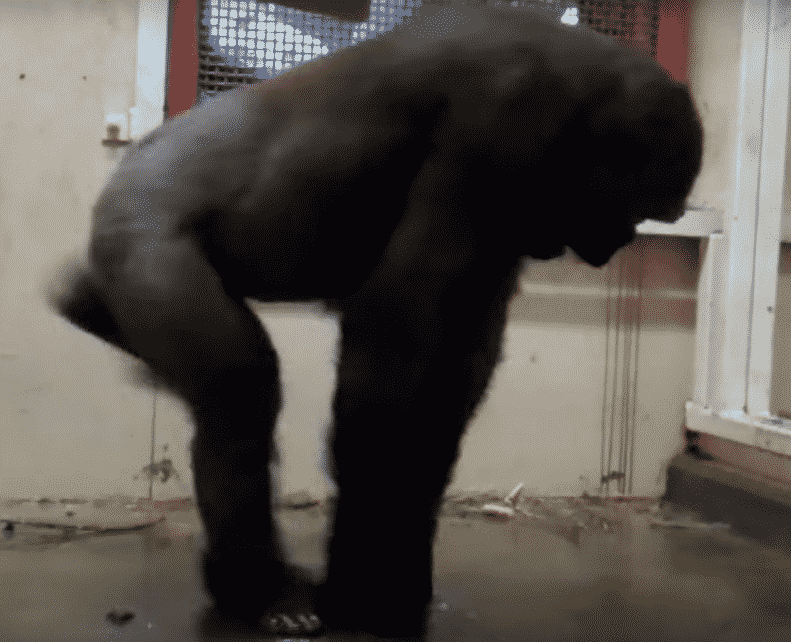 It seems like Zola’s “go to” dance move is to spin around. However, Zola doesn’t have the same energy as in the first dance demonstration and she gets tired pretty fast. 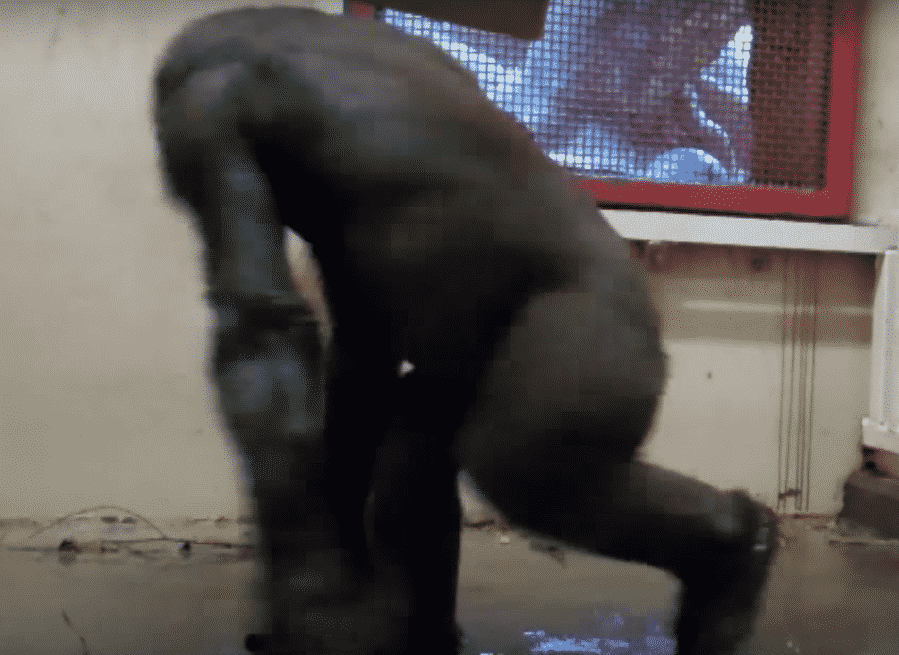 Even though Zola loves to dance, this time she didn’t feel the groove! What do you think she did after spinning around a couple of times? 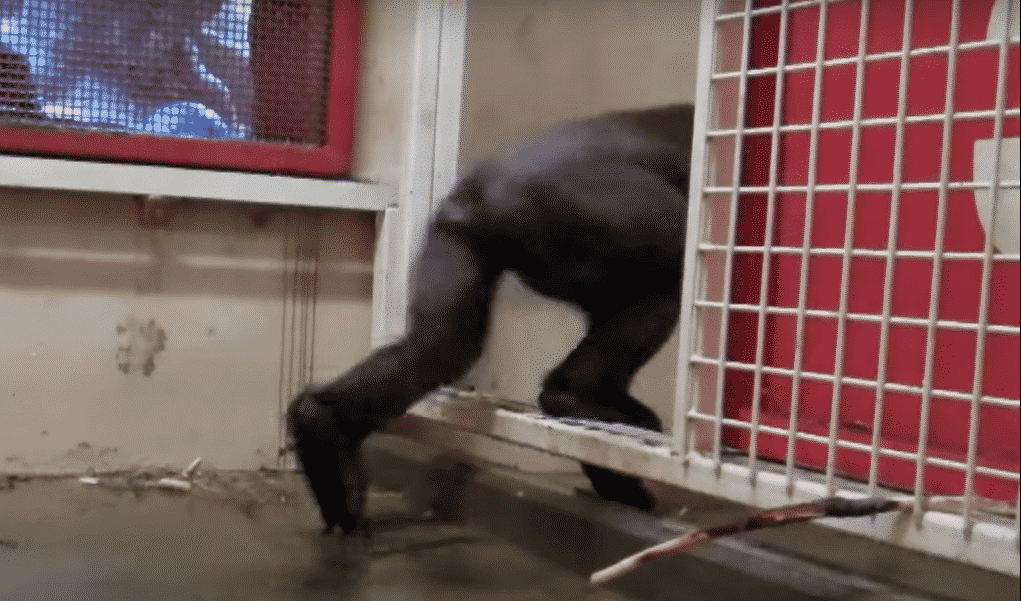 Zola didn’t feel like dancing anymore and she went straight to her special bed to sleep. No one can blame Zola for not feeling the groove because dancing is great exercise and everyone gets tired fast. 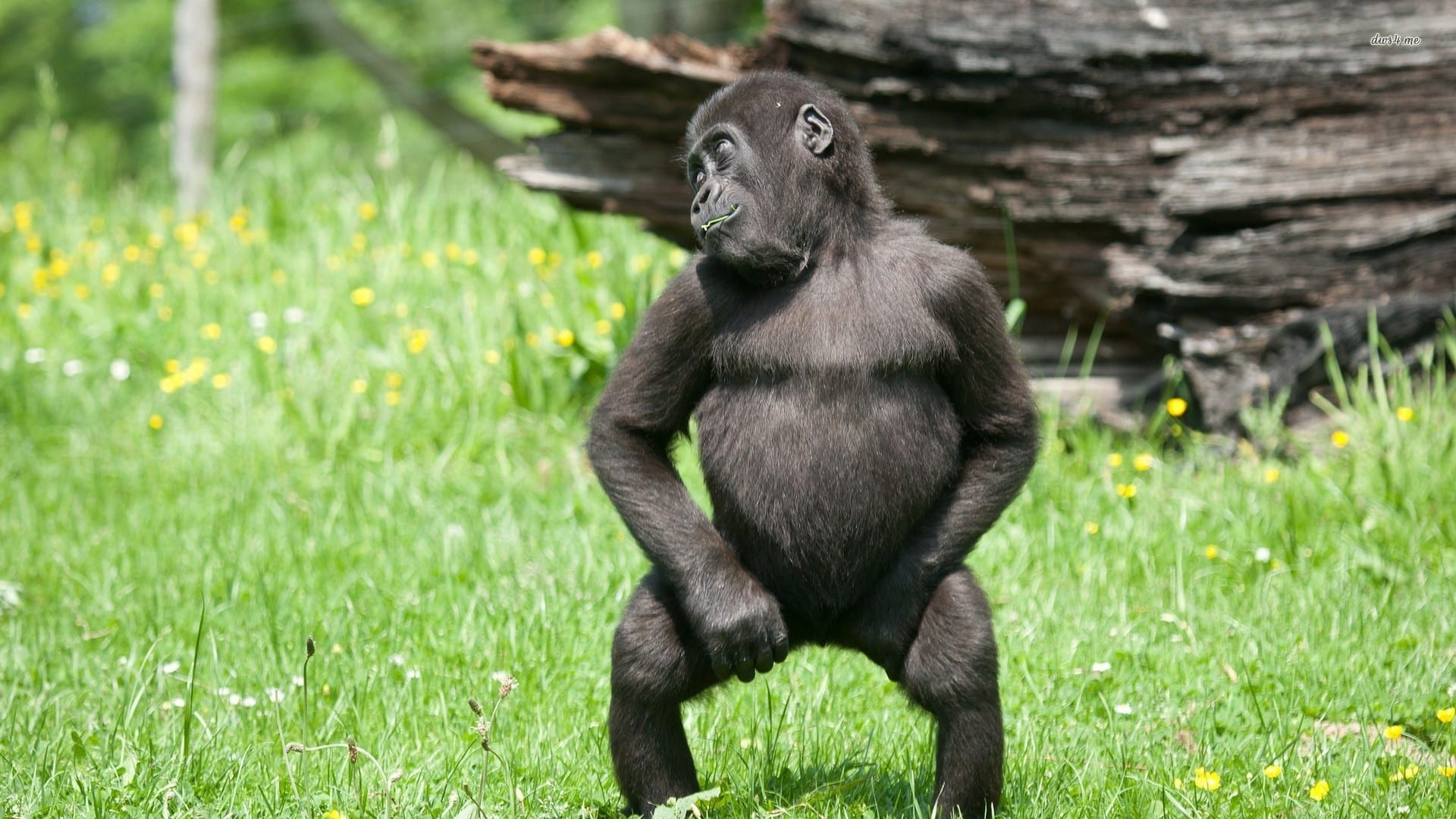 Did you ever expect to see a gorilla dancing? Yea, me neither! There’s something special about staying in the water that made Zola dance because the zookeepers say that she doesn’t usually do that… 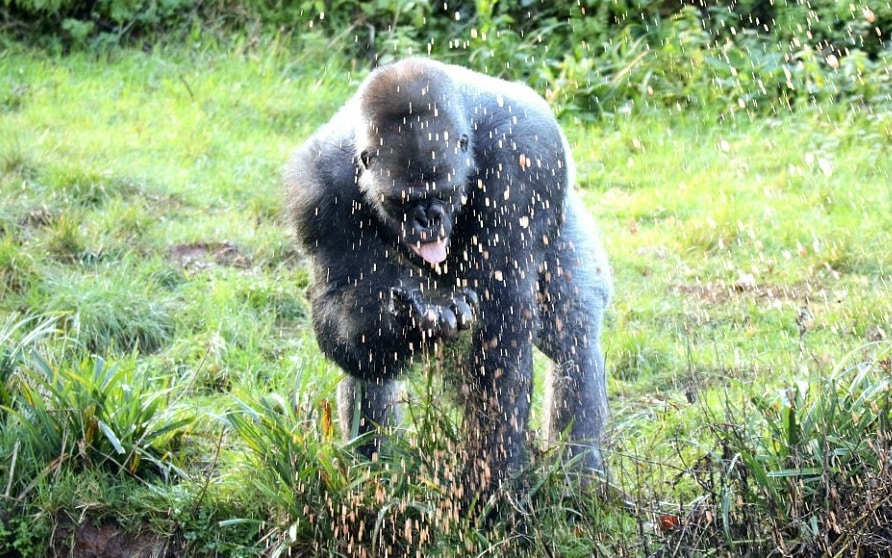 A fun fact about gorillas is that they love water and not just to drink it, they find many uses for it! Check out the next pictures to find out why they like water so much. 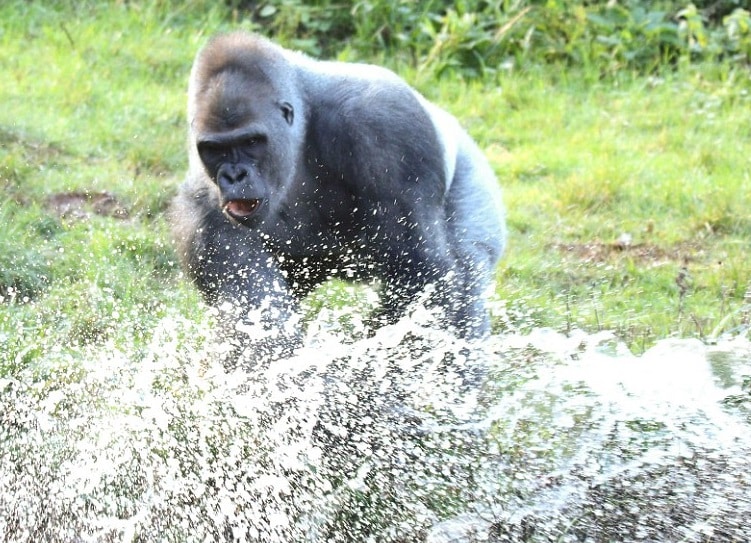 Gorillas have found many uses for water and one of the most interesting ones is to use it as a mirror. This shows us how smart these animals can be! 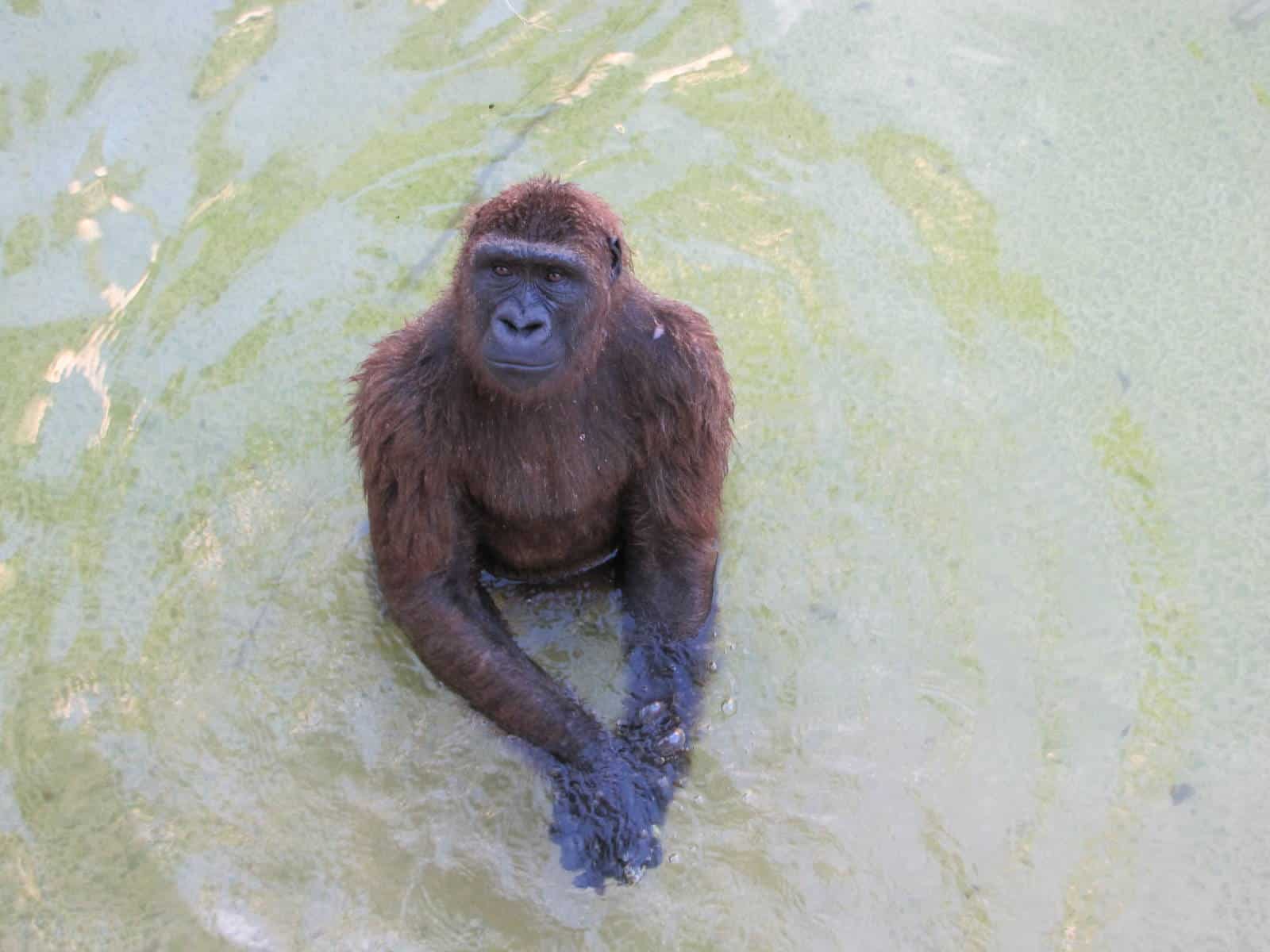 What’s interesting is that gorillas cannot swim naturally! This is why they usually avoid standing in deep water, but this doesn’t mean that they are afraid of it. You won’t believe what they do whenever rain starts pouring down.

2. Standing In The Rain 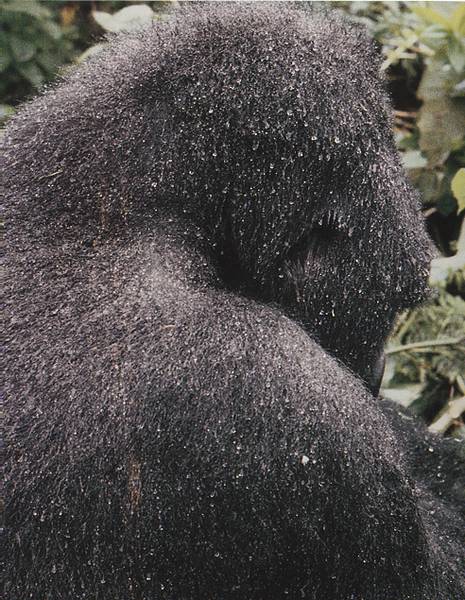 Whenever gorillas are surprised by rain they don’t run away! Instead of looking for cover, these gorillas stay motionless and wait for the rain to end. Isn’t this interesting? 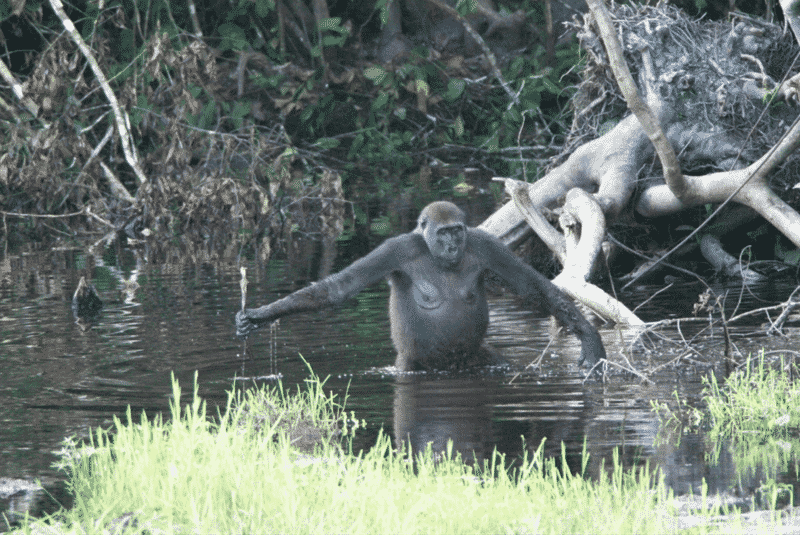 Even though we don’t have any idea why Zola starts dancing whenever she feels the water around her feet, no one can deny that her dancing skills are amazing!