Covered In Tar And Unable To Breathe, Dog Is Rescued By Two Little Boys

Sometimes, the harshest behaviors provoke people to demonstrate the spirit of humanity at full brevity. Fortunately, for this dog covered in tar, there is a happy ending to the harrowing incident. 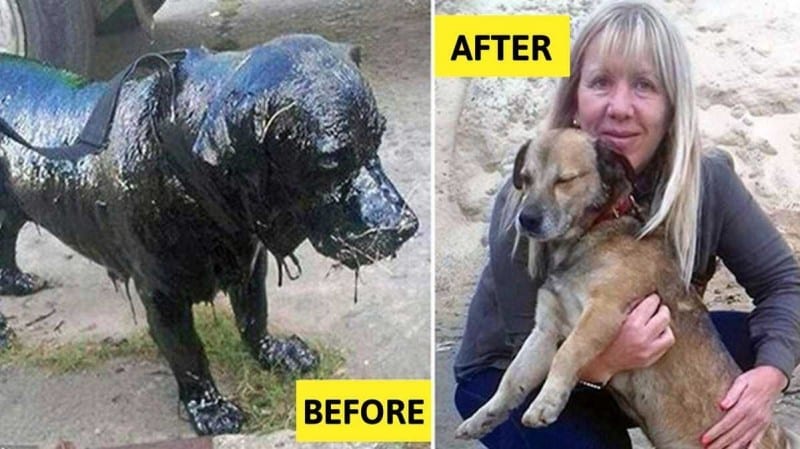 A couple of months ago, two regular boys from Argentina stumbled upon a poor pupper completely drenched in tar.

19. The Tar Coat Had Scalded The Poor Dog’s Skin 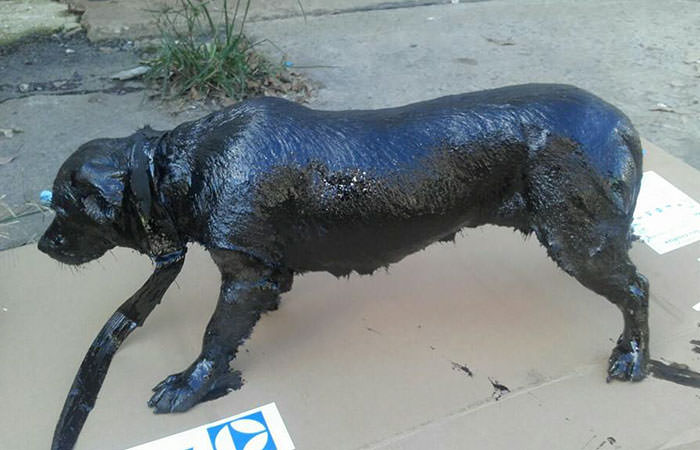 Yep, that’s blazing hot tar glazed all over the poor animal’s body. Experts say that it takes several hours for tar to cool off, and by then, the material develops a stone cold resilience – so much so that the dog was unable to move.

18. At First, They Thought It was a Dog Statue 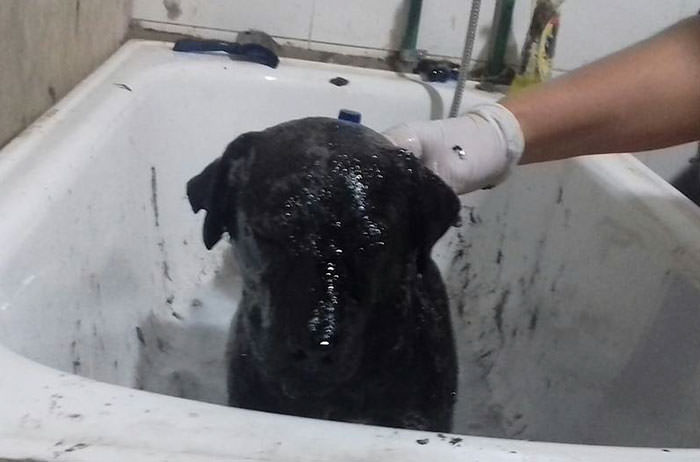 All that the poor animal could do was whine and make crying sounds.

17. But Wait, Something Seemed Awfully Wrong With the Situation! 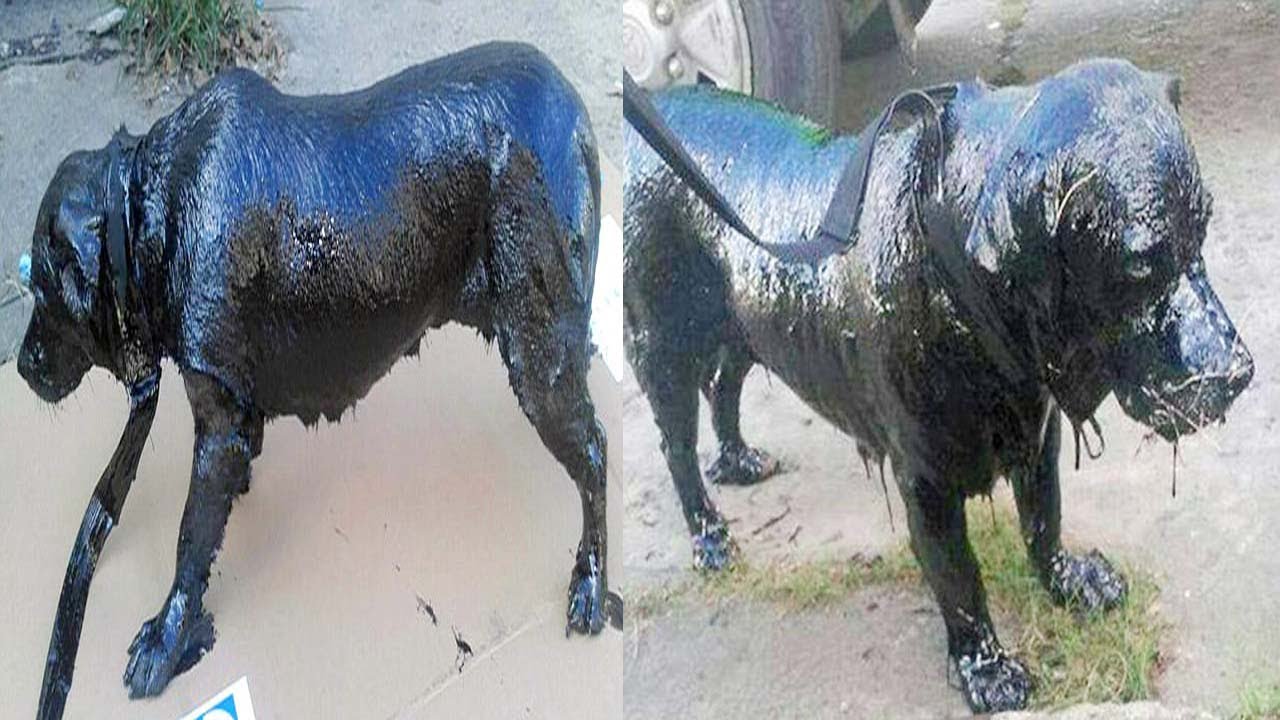 As the boys recall it now, they were startled to discover the dog. At first, they thought that it was a statue, but closer inspection revealed that the animal was barely hanging on. That’s when they decided to rescue the supposedly soon-to-be-dead fella’.

16. The Dog was Named Petro for a Very Special Reason 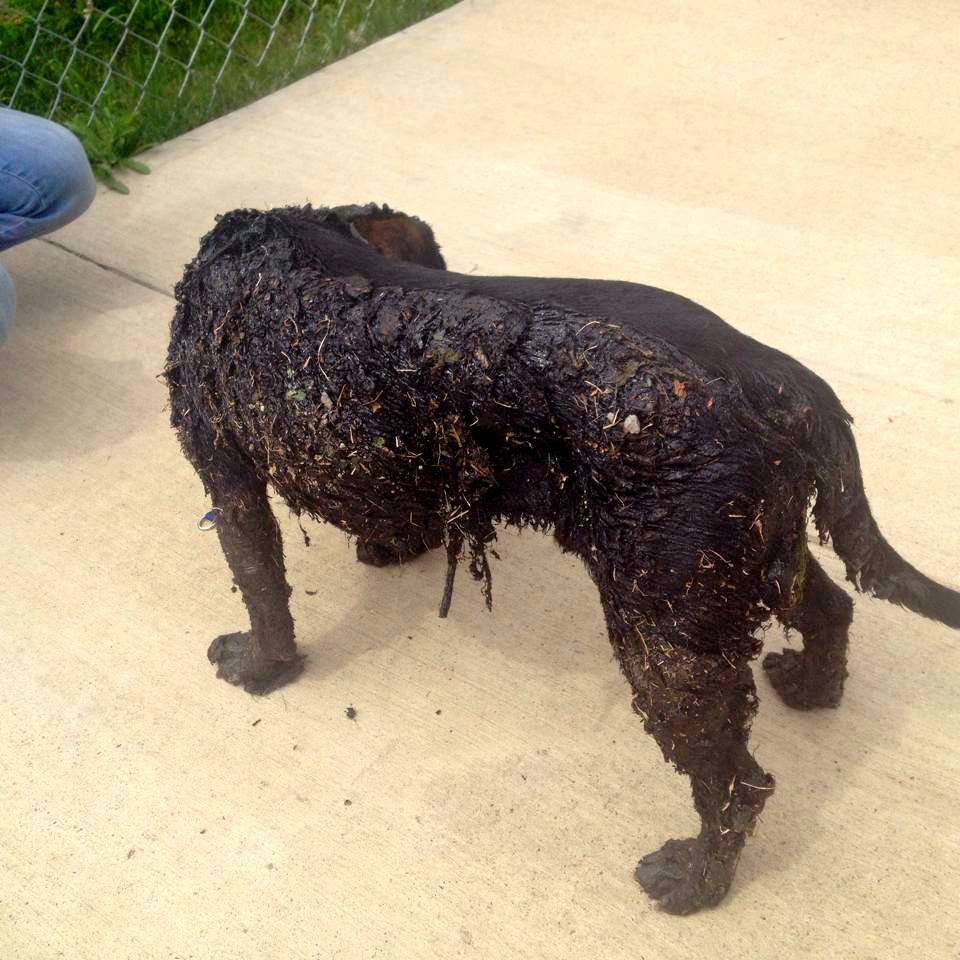 They named him Petro; a word driven from petroleum in Spanish language. The boys apparently had no idea how to rescue the dog.

15. Transporting the Dog Back Home was Easy Peasy Until This Happened… 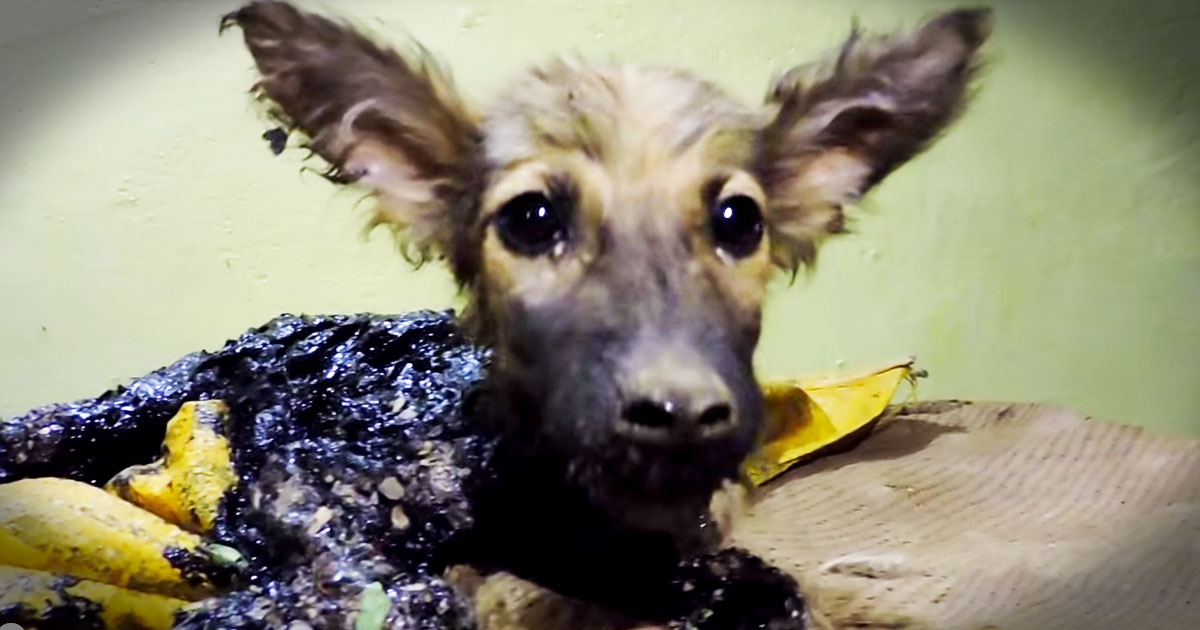 Somehow they mustered the means to transport the poor guy to their local residence, but the actual challenge started there. As the two volunteers recall, they were in a frenzy to save the dog.

14. The Realized That the Poor Animal Needed Professional Help 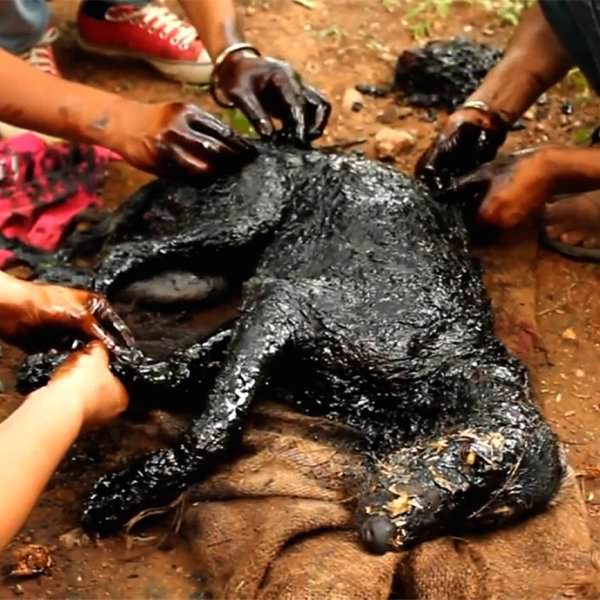 The guys called in help; they watched YouTube videos and did all kinds of research on animals that were rescued under similar circumstances. 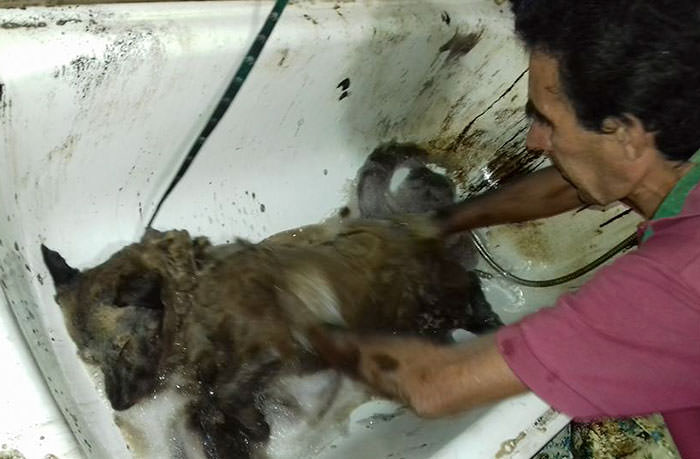 They discovered that pouring a blend of oil and petroleum can cause the tar to thin.

12. Imagine The Bottle of Petrol That Went Into This Enduring Task 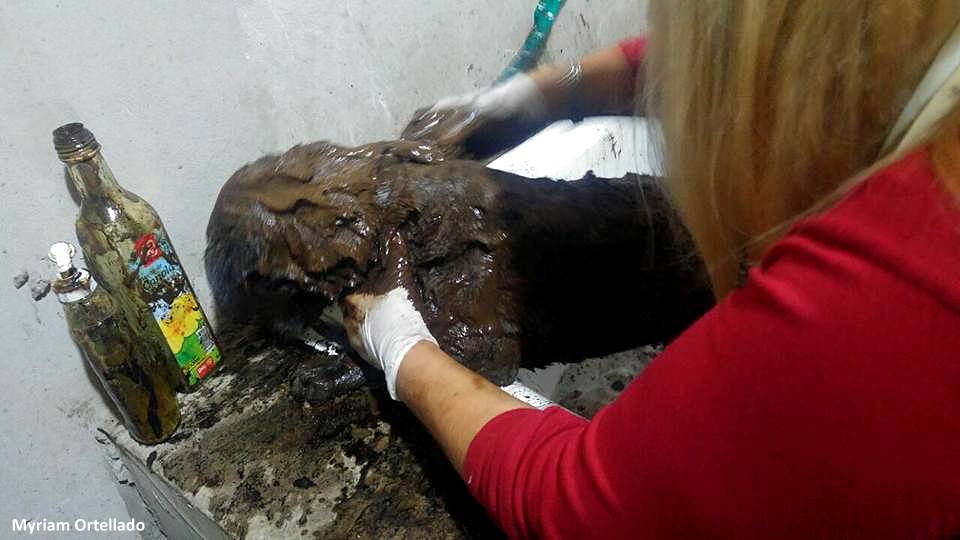 How much petroleum and oil bottles do you think they poured over the dog? Guess what, the quantity amounted to over 5 Liters! 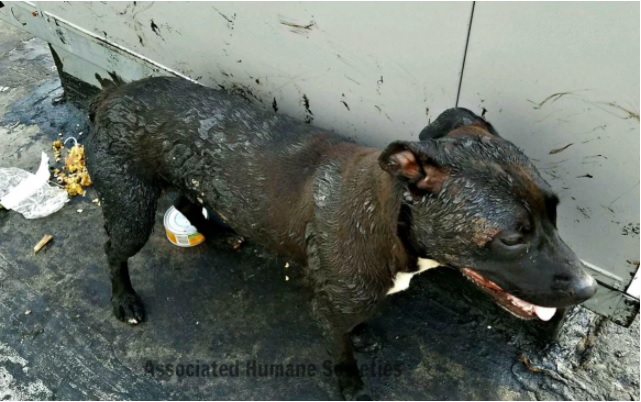 10. Rescuers Refused to Give Up On Petro 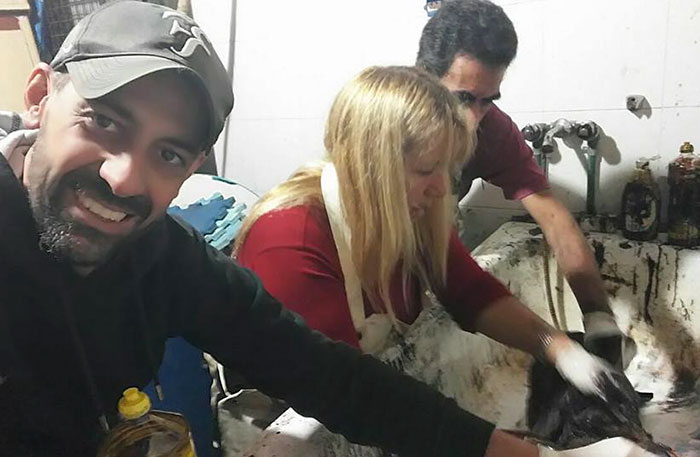 This was an entirely unique experience even by the rescue center professionals’ standard. To be honest, people rarely see an animal covered in tar.

9. No One Knows How the Dog Got Drenched In Tar

What they are still trying to figure out is how Petro ended up covered in blazing hot liquid tar in the first place? 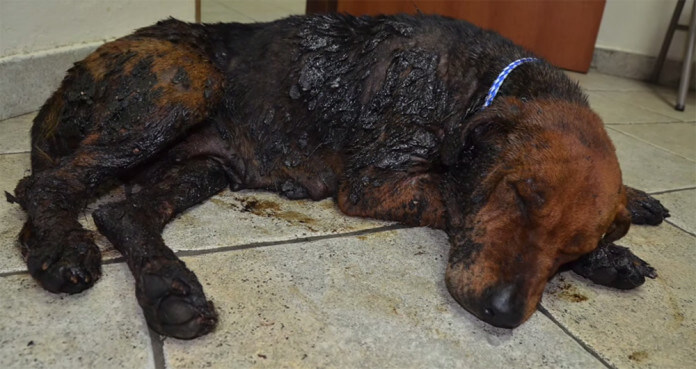 Was the dog standing in a tar truck’s way? Did a driver mishandle the poor animal on purpose? Others believe that Petro must have fallen into a tar pit and then tried to wade/swim through to his freedom.

8. It Seems the Dog Was Previously Owned By Someone

By the looks of it, there was a collar and a leash around Petro’s neck, which is evident that the dog was owned by someone before. However, the boys were not able to contact the original owner.

They tried, but since there was no name tag or anyone who came up to claim the animal’s possession, the rescuers decided to give the pupper a new home.

7. Recovery Was Not Easy for the Dog 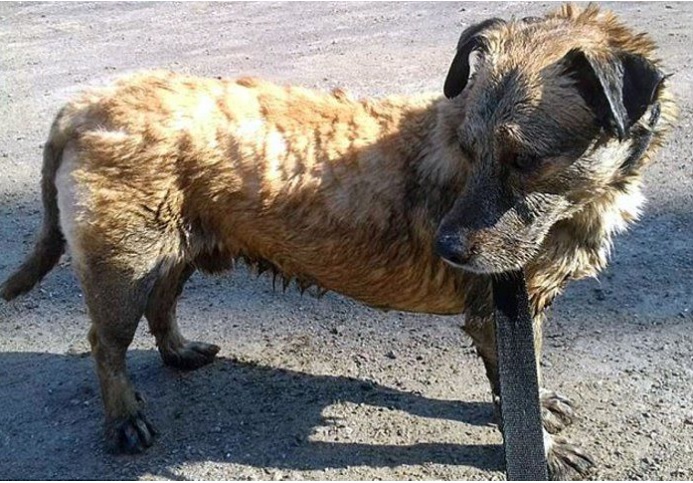 The road to recovery was not an easy one. Petro had to be kept still for 5 hours for several people to be able to comb through each hair strand. The dog somehow cooperated in between winces of pain and cries.

The tar and petrol’s smell sent a lethal dose of toxins to the animal’s lungs. As soon as Petro was cleared of all the tar, he was sent to the local Argentinian Veterinary for a brief checkup.

Things started to look bright after Petro received a dose of liquid diet and fresh water. Some believe that the dog was a target of animal abuse. Had Petro not been discovered in “time”, things would have taken a grim turn.

The tar was literally suffocating the pupper towards a slow and agonizing death. Volunteers had to take turns to clean the animal’s ears, eyes, nostrils and other orifices. 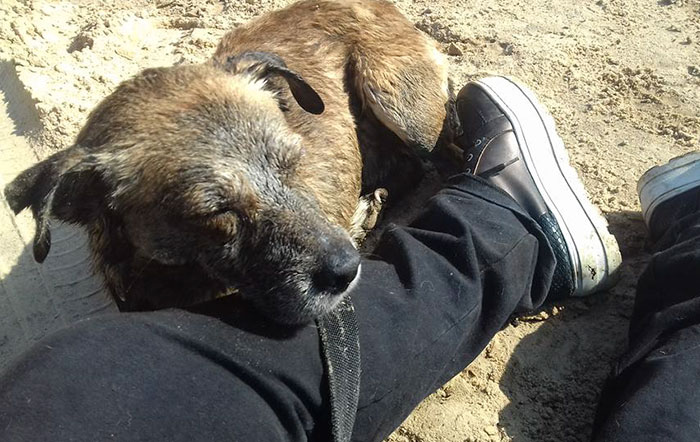 According to one of the rescuers, Myriam Ortellado, from the Zoonosis Lanus Pet Center, people refused to give up on the poor dog. 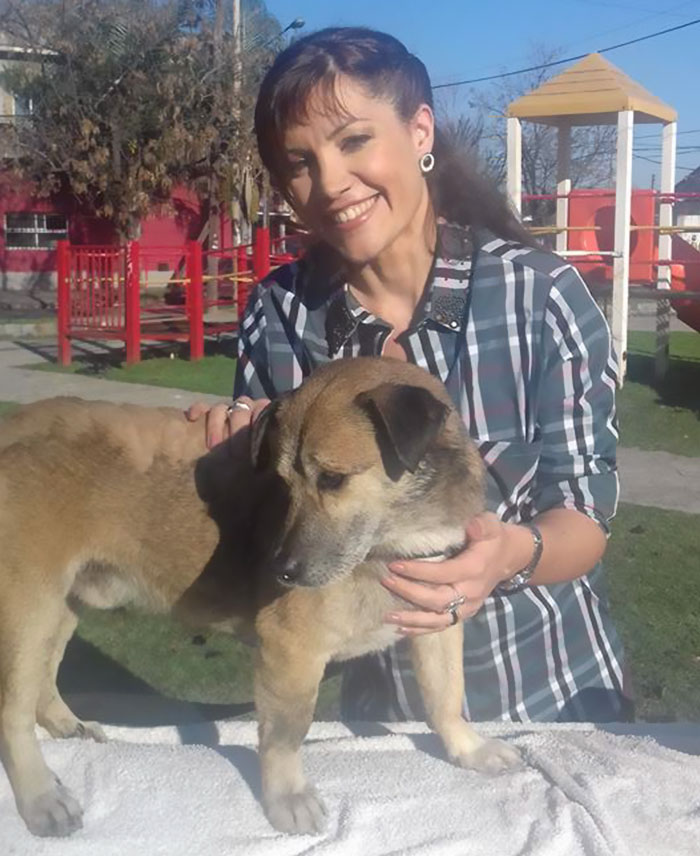 Myriam also said, “We bought a lot of things, we watched tutorials on the internet, and we were trying to check all kinds of products that may help in cleaning Petro’s skin.” 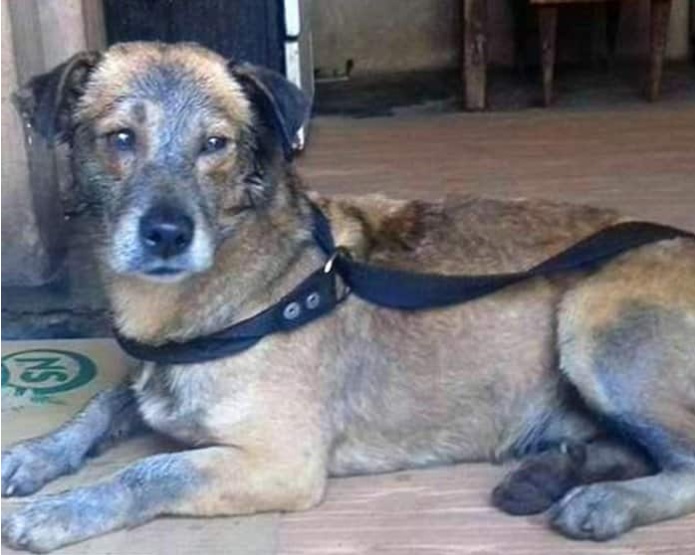 Hard work and untiring effort eventually paid off. Petro is recovering fine now. The new owners wish to thank everyone who chipped in at the last moment to help the poor animal.

At the moment, Petro seems to be growing hair on his back at a steady pace. Vets were worried that the animal may not recover from fume intoxication but Petro demonstrated immense courage. The “tar covered” dog made a drastic recovery. 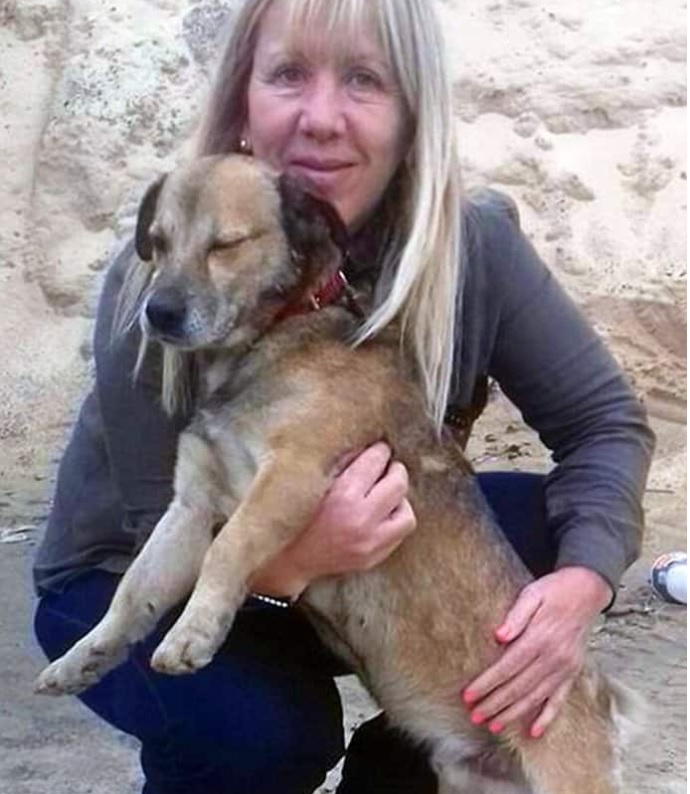 Petro is now living a normal pupper life. He goes out for walks, plays catch and loves to pose for videos and photographs.

1. If You Ever See An Animal In Distress, Don’t Hesitate! 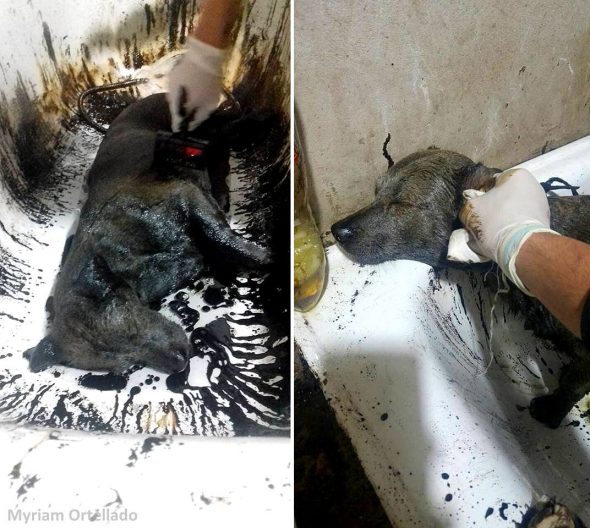 If you ever see any animal or bird trapped in a life threatening situation, don’t think – just jump right in and do your best to save a life. Besides, animals have a lot more selfless and equally cute way of repaying kindness than human beings.