Working at the zoo or at the aquarium sounds like an amazing job because you spend all day long taking care of the animals and you even get to play with them. Not many people are lucky to interact with wild animals like these people. Of course, after a while, the feeling of amazement would surely fade away and it will all seem like a routine, but once in a while, nature will remind you how great it is.

A few years ago, the staff at the Chicago’s Shedd Aquarium were witnesses to a dolphin giving birth. Let’s see the miraculous event, which was caught on camera! 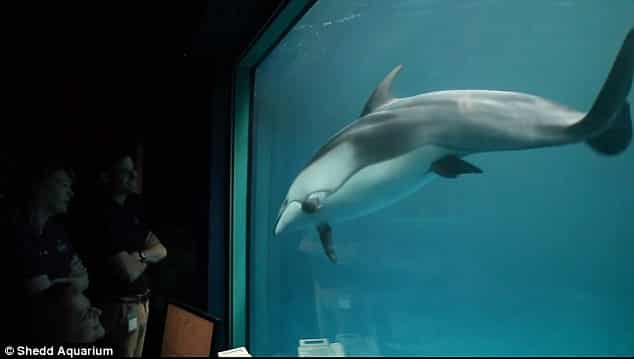 Over 40 lucky employees of the Shedd Aquarium were witnesses to their dolphin Katrl giving birth. They were all in awe of the calf when they saw it. You won’t believe how much they had to wait for it! 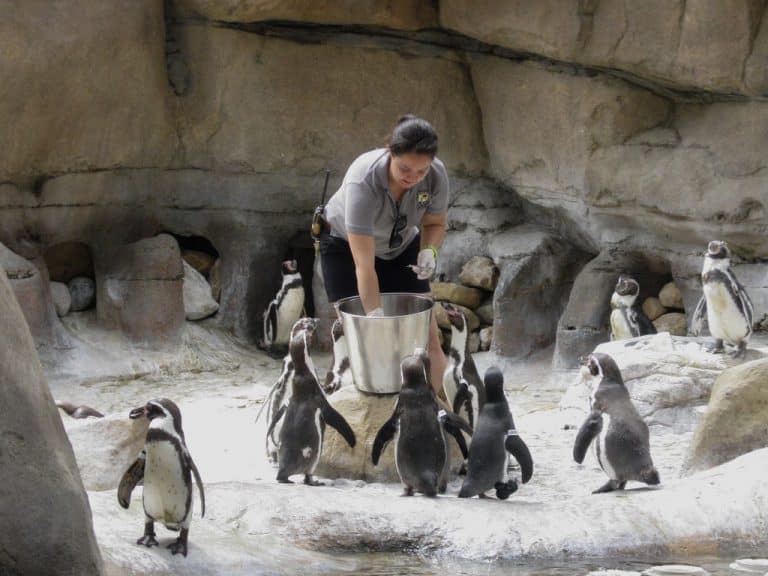 If you love animals, then you must get a job at the zoo, at an aquarium or at an animal sanctuary. For many of us, it would be a dream job, but there’s one thing…

18. You Get Used to the Routine 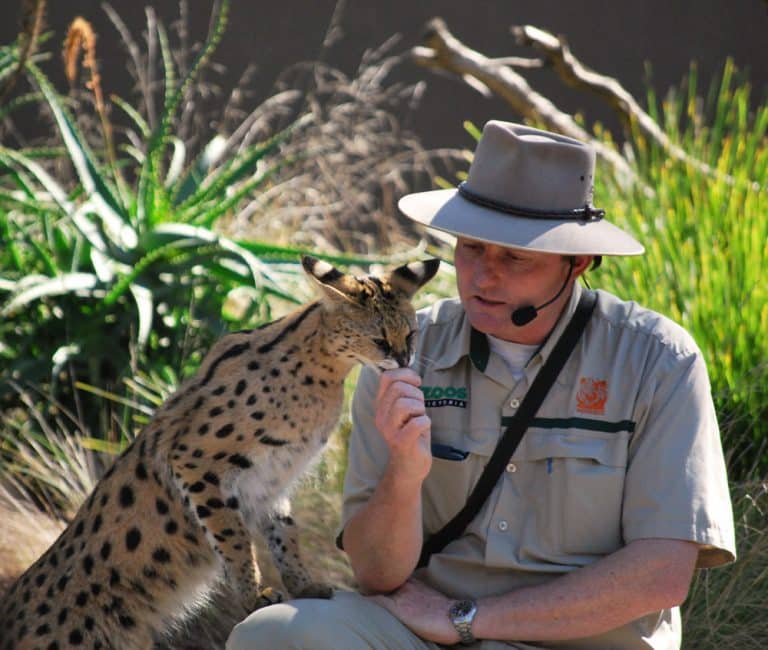 Time flies away and you get used to your job. And you realize that you’ve forgotten how awesome your job really is. But animals are there to amaze you from time to time and remind you how lucky you are to be there! 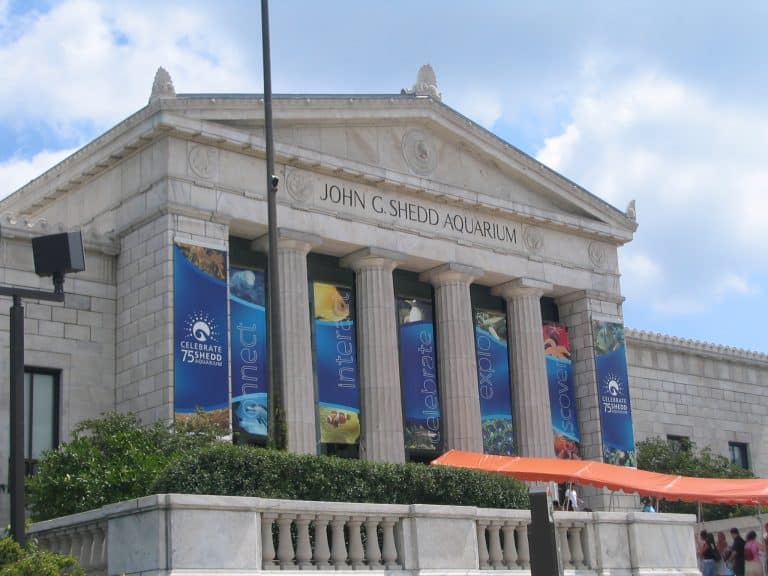 That’s what happened to the staff of the Shedd Aquarium, in Chicago, where people were preparing in the morning to welcome tourists and guests, when their dolphin Katrl was ready to give birth that day! 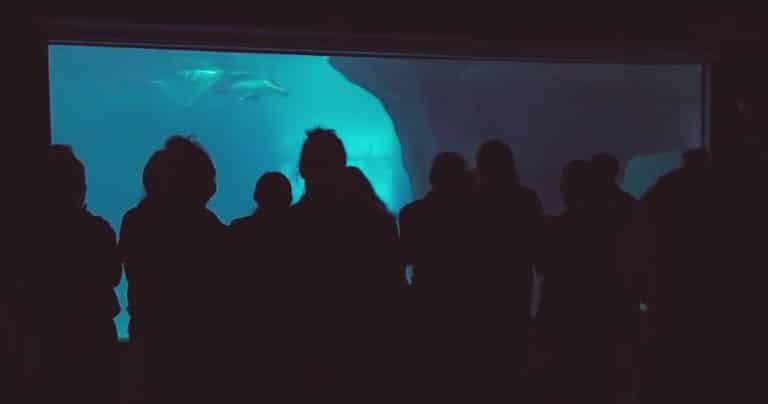 The best thing is that the whole event was caught on camera and shared on YouTube, where people had the opportunity to see it too. It was a special moment that over 770,000 people were able to see online. Here’s how it started…

15. It Started Early in The Morning 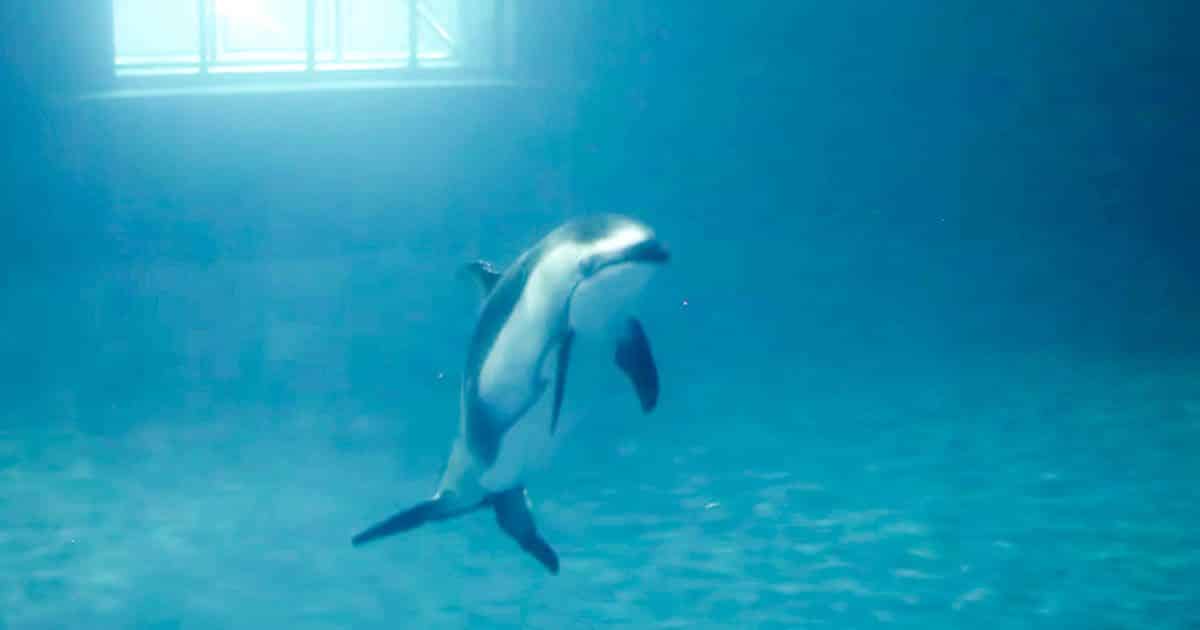 The staff gathered to watch their Pacific white-sided dolphin, Katrl, who’s 28-year-old. She was pregnant and she appeared like she was ready to give birth to her calf. Everyone was expecting to see the beautiful moment… 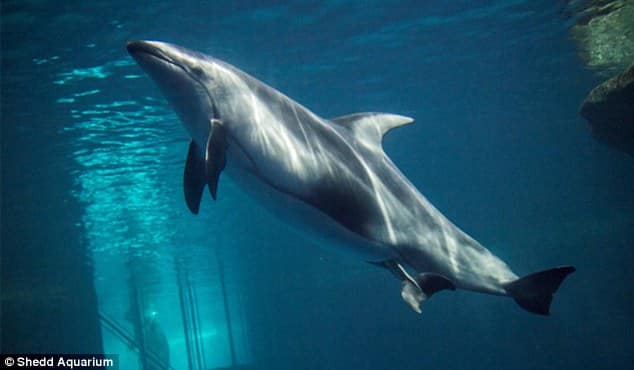 Knowing that this event is going to be wonderful, Shedd Aquarium videographer Sam Cejtin prepared his camera to record everything. People will then see with their own eyes what a calf does from its first seconds outside in the water. And it was amazing!

13. Getting Ready to Give Birth 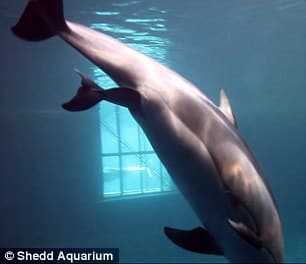 The mother was close to the moment of birth as she swam along in her habitat, in front of the viewing window, where everyone gathered to watch. Katrl was a mother for the first time and she had no idea that the labor will be so long…

12. It Took Katrl Over Three Hours 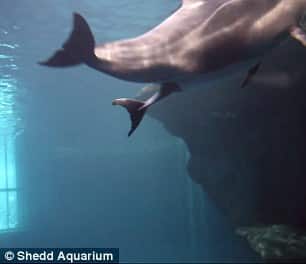 The mother dolphin also went to surface to grab some treats from the staff. When she did that, everyone could see the tip of her calf’s tail. Here is what the aquarium’s senior director of marine mammals, Lisa Takaki, said about that exact moment…

11. A Beautiful and Unforgettable Moment

‘As soon as those little tail flukes appear, your heart begins to race, and you know it’s only a matter of time before you are about to witness something incredibly amazing,’ said Lisa Takaki. It really is a spectacle seeing it! 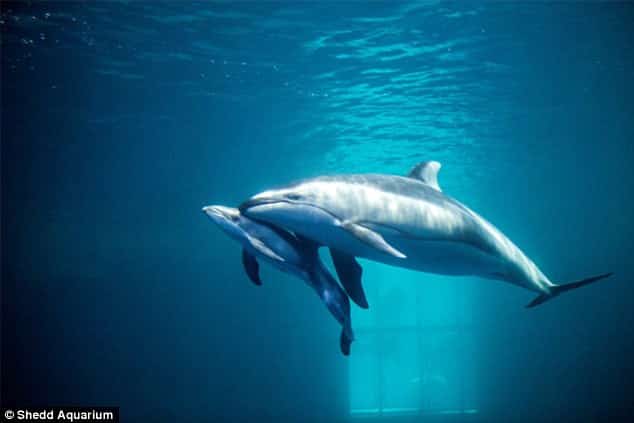 Takaki explained why the moment is ‘overwhelmingly emotional’. It’s because the dolphin that has just been born is taken over by his natural instincts immediately and ‘it kicks its tail to propel its little body to the surface to take its first breath’. 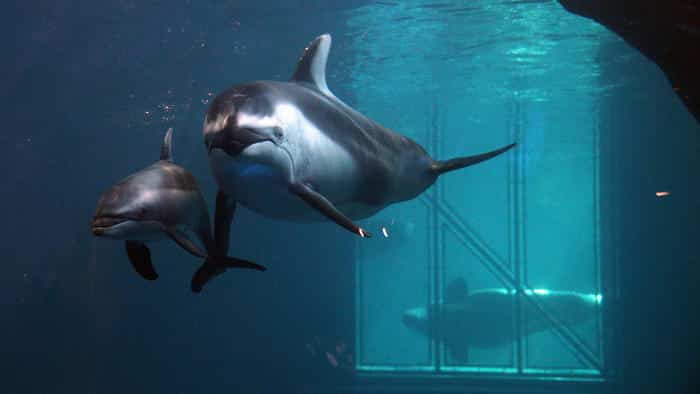 A baby dolphin has several crucial milestones to pass in his first year, from the first seconds, when he has to move towards the surface and take a breath of air, to drinking milk, swimming with his mother, weaning and learning to eat fish.

8. A Miracle of Life 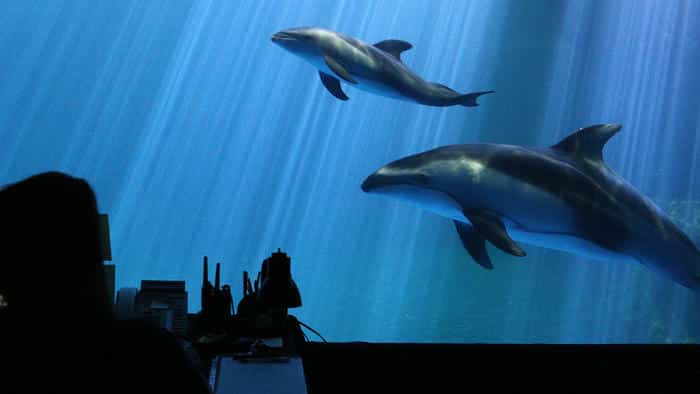 The calf can get to the surface of the water within only a few seconds from birth. Sometimes, the mother will also help him do it by using her mouth to guide him up. The whole moment is heart melting!

7. Both Mother and Baby Are Fine! 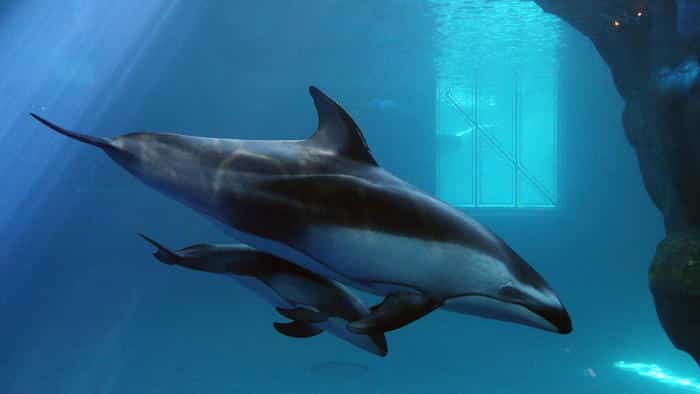 Takaki said that ‘both mom and calf are doing well’, and that the first hours are critical for them. They will also record every moment and behavior to make sure that the calf progresses well.

6. Watching Them Minute By Minute 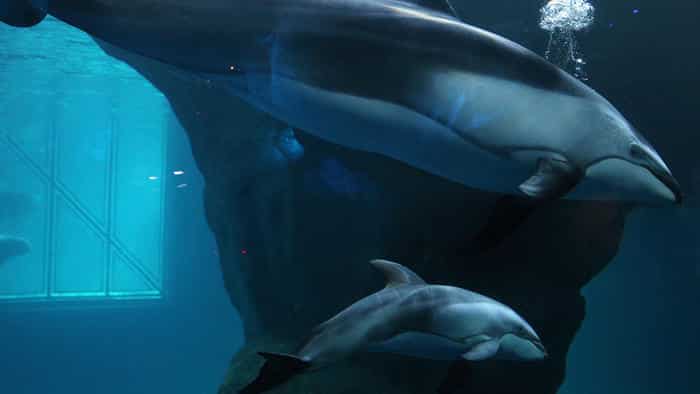 The dolphin’s every move is now watched to ensure that they are both healthy. Until now, the aquarium has had three successful births with other dolphins. Katrl mated with Li’I, from the Miami Seaquarium. 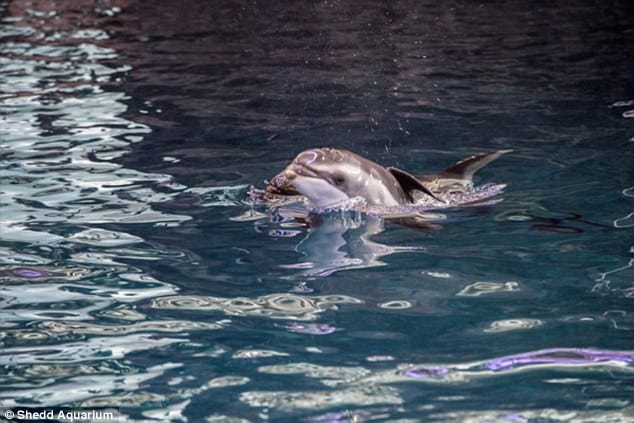 Dr. Bridget Coughlin, Shedd’s president and CEO said that she ‘was amazed at how big the calf is in comparison to Mom’. Moreover, she was happy to observe the birth, as it’s also a way to ‘deepen our scientific knowledge of this species.’

4. A Few Concerns Have Been Solved 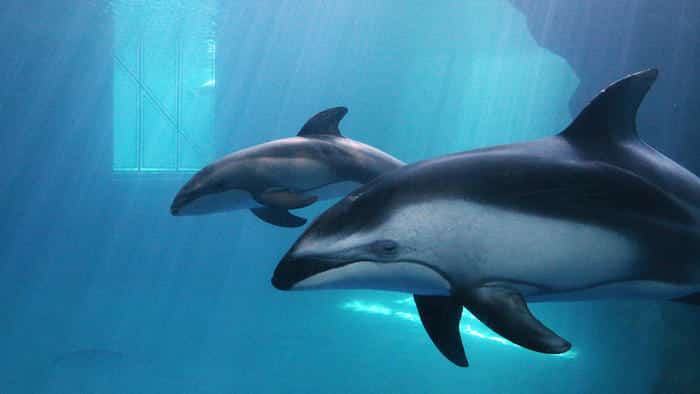 The first time mothers need to learn how to nurse their babies and the team at the Aquarium has trained Katrl during her pregnancy how to show her mammary glands. The staff used a calf made from a hand-held puppet and it worked! 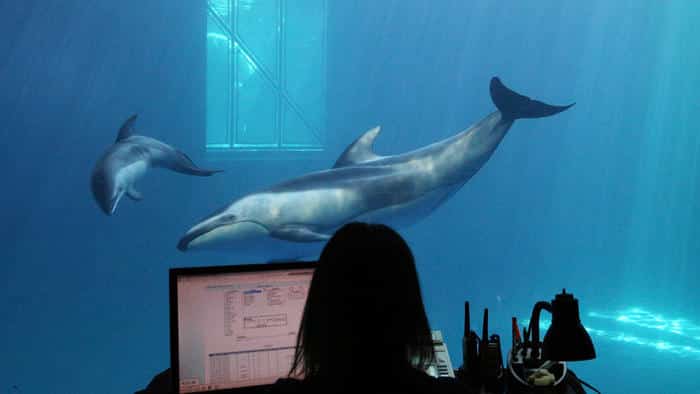 Katrl was successful and the team saw her calf latching onto her. Takaki said that they’re all very proud of the mother dolphin. She is a great mother, ‘showing signs of protectiveness by steering her calf away from the sides of the habitat’. 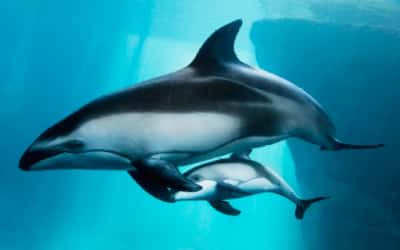 The mother dolphin is great at guiding her baby ‘into swimming position to conserve its energy reserves’, said Takaki. She also admitted that not all first-time mothers can rear their newborns as good as Katrl does. 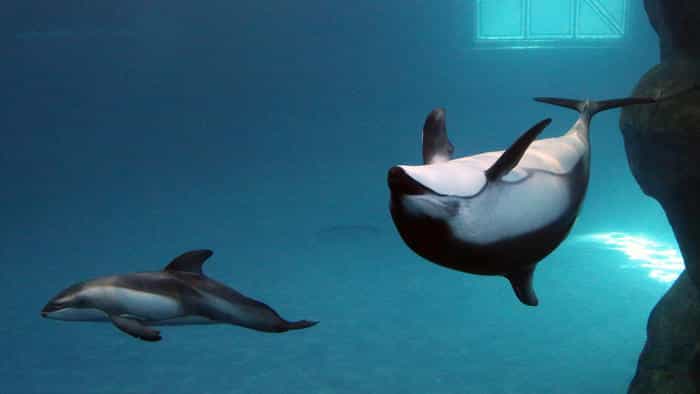 Katrl is the largest dolphin at the Chicago’s Shedd Aquarium, measuring 7 feet long and weighing about 260 pounds. With her baby being born, there are now 16 Pacific white-sided dolphins in all the North American aquariums and zoos, a very rare species studied in captivity and protected from predators, pollution or global warming.