Tiny Kitten Won’t Stop Meowing, But Then This Woman Sees Him

We all love cats, don’t we? But there are some who get rejected for being different from others. And the cat in this story is no different, and its story will make your heart cry out. Without any further ado, let’s get into this story about a cat who defied odds. 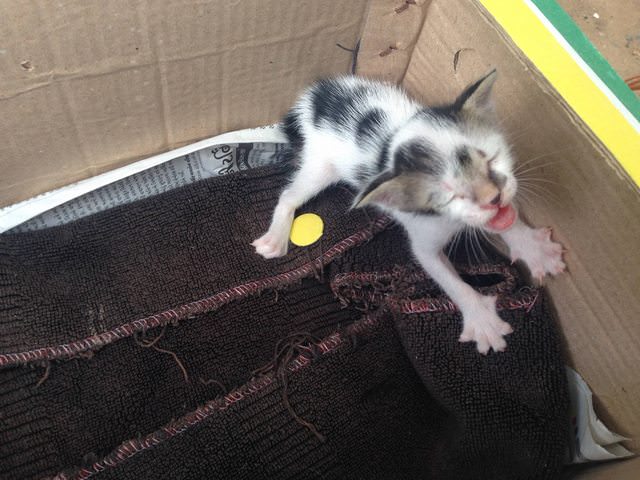 A tiny abandoned kitten was brought in to a shelter by a woman who found it on the streets. Its future seemed black, as no one who visited the shelter seemed interested in adopting it, mostly because of its size and because its crying was so loud! 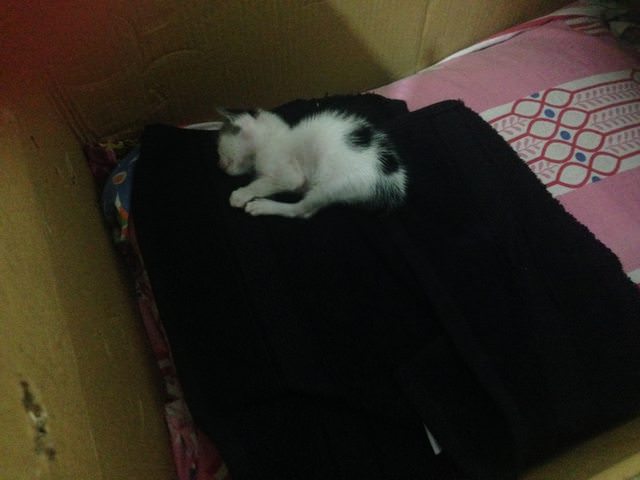 But who would have guessed that precisely this crying would change his life forever? One day, the ball of fur got lucky…

20. He cried Until Someone Heard Him! 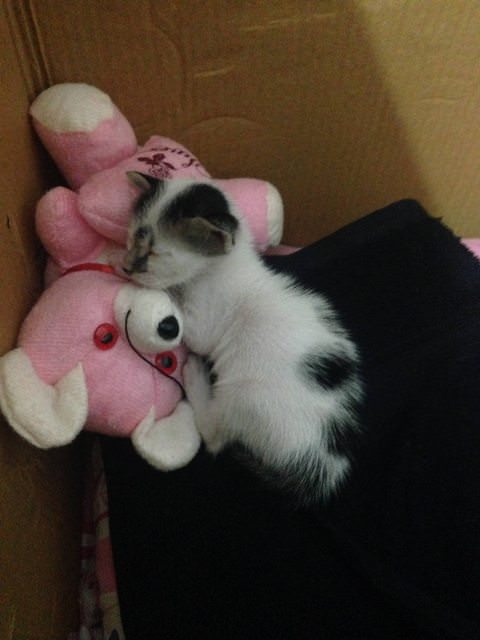 A Reddit user called ‘bashiboi’ told us how everything started. The woman wanted to adopt a cat so one day she decided to visit the local shelter. As she walked through the door, she instantly heard the most heartbreaking sound coming from one of the boxes. 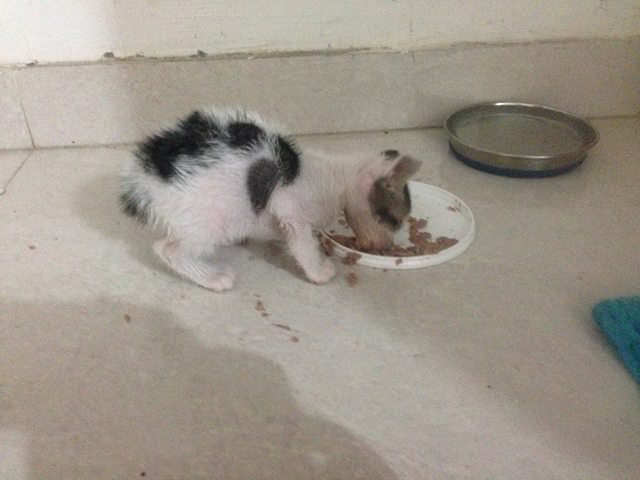 “I went to a shelter with the intention of adopting an adult cat. My ears were drawn to the screeching of this three-week-old kitten”, the woman said. She wanted to meet him, even though she was interested in a much older cat. Then a miracle happened… 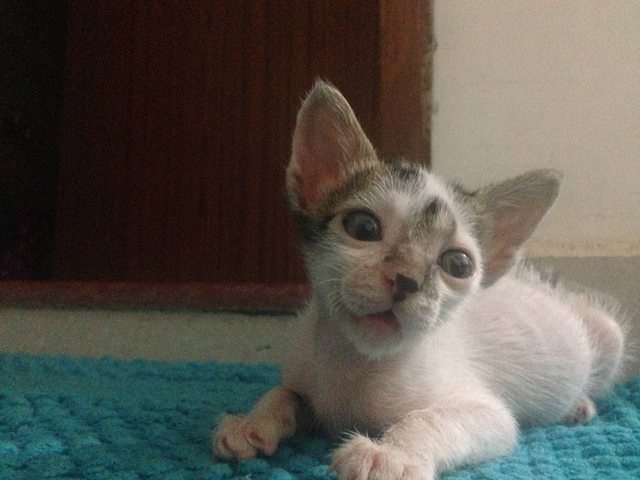 The kitten has just been rescued that day and the woman couldn’t help but fall in love with it. It only took her a few seconds to decide that she wants to adopt him. However, the tiny ball of fur wasn’t in the best of conditions… 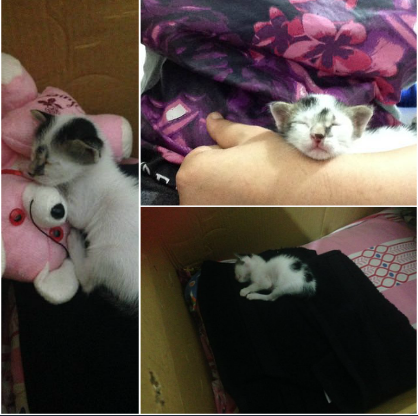 The kitten was found abandoned, dehydrated and he wouldn’t stop meowing loudly. The mother cat had left the poor little kitten alone and never came back for him. Thankfully, things were about to change! 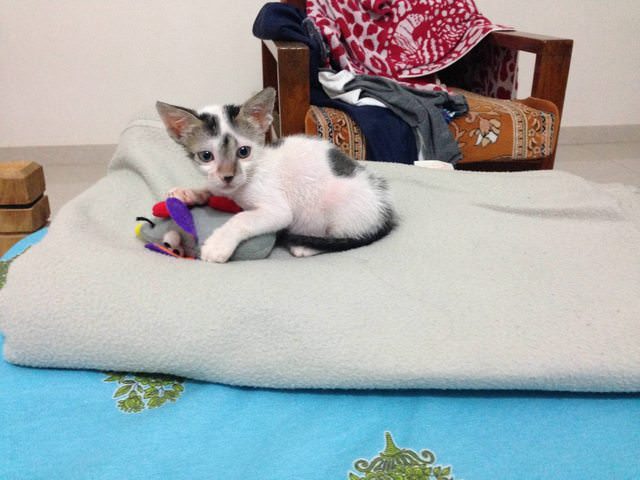 The woman realized that he needed a home so he adopted it. But the kitten was in danger as it was weak, starved and sick. Will he survive? 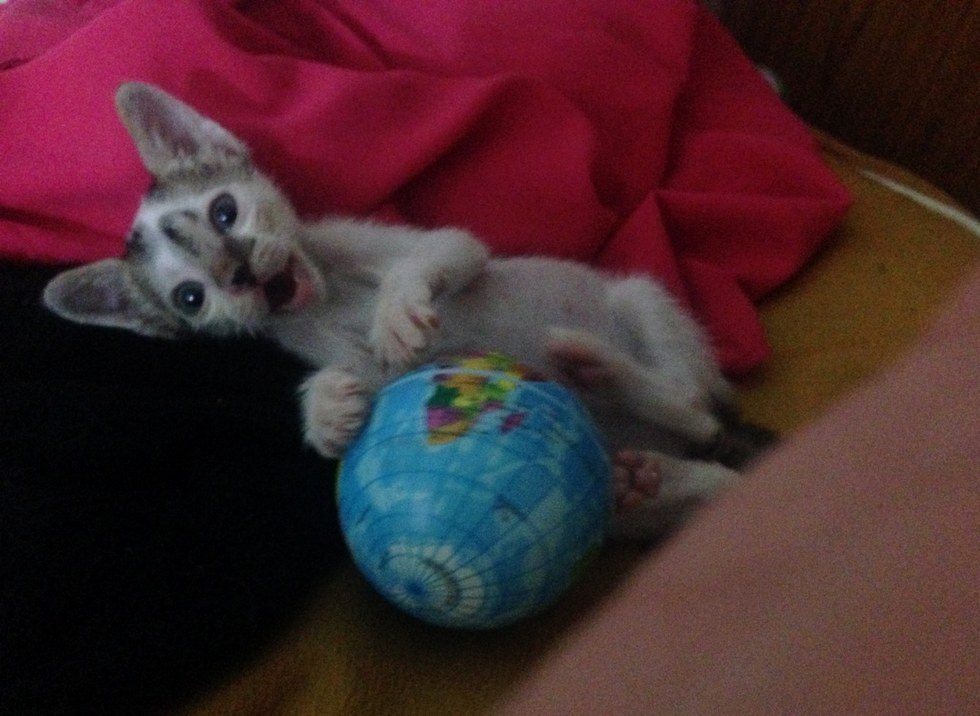 The woman took him home and decided to name him Bashi. After a while, he started feeling better and he was back on his tiny feet. Soon, he became the star of the family. And that’s not all! 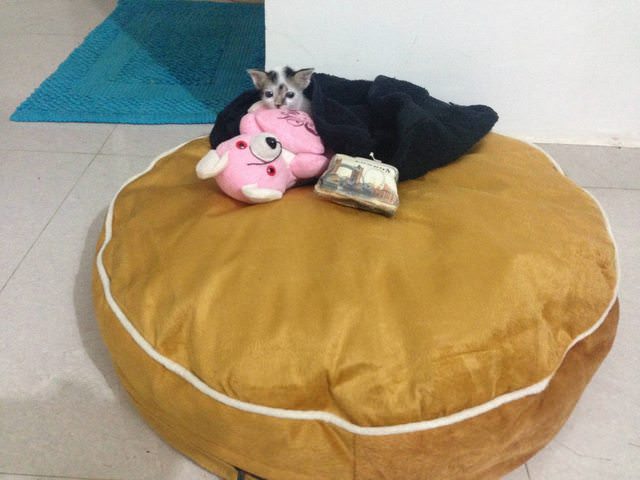 Bashi became so spoiled that it’s hard to believe that at one point he lived in a box at the shelter. His new mommy loves taking care of him and even got him this huge bed. Soon, the gigantic bed will become too small for our favorite cat. As you’re about to see, his evolution is amazing! 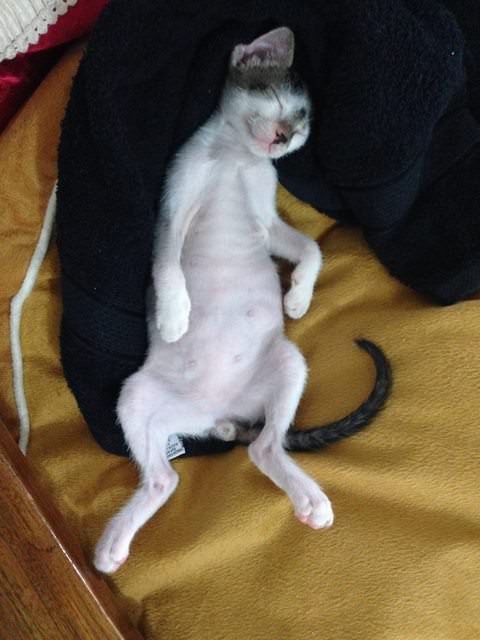 After 4 weeks he was able to finally have solid food and this is a picture of him taking a nap after eating dinner. Looking at him now, it’s hard to believe that we’re looking at the same cat. He even gained some weight, check him out in the next photo. 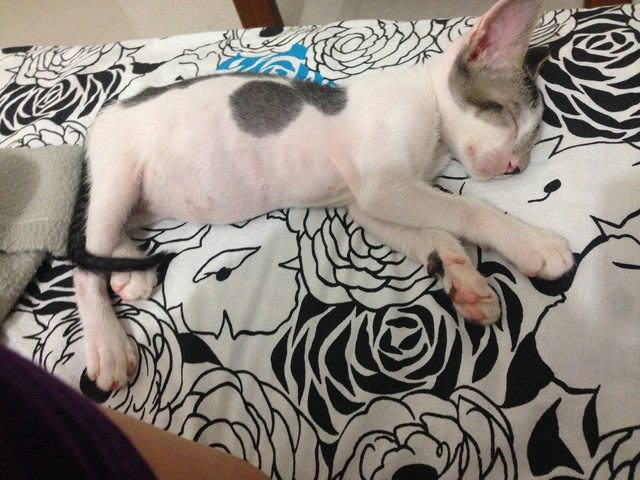 Soon Bashi started gaining some weight and becoming healthier as he finally had a home and an owner that absolutely loved him. His human mommy also enjoys doing this next thing for her new baby… 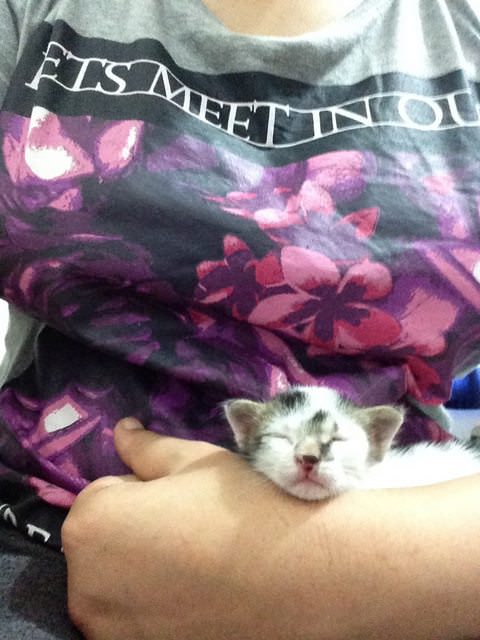 Here we can see Bashi cuddled up next to the woman who had just adopted him, and we can clearly see that they bonded quite quickly. You won’t believe what other amazing things this little fellow did. It will brighten up your day, we promise.

10. Drop Everything And Read! 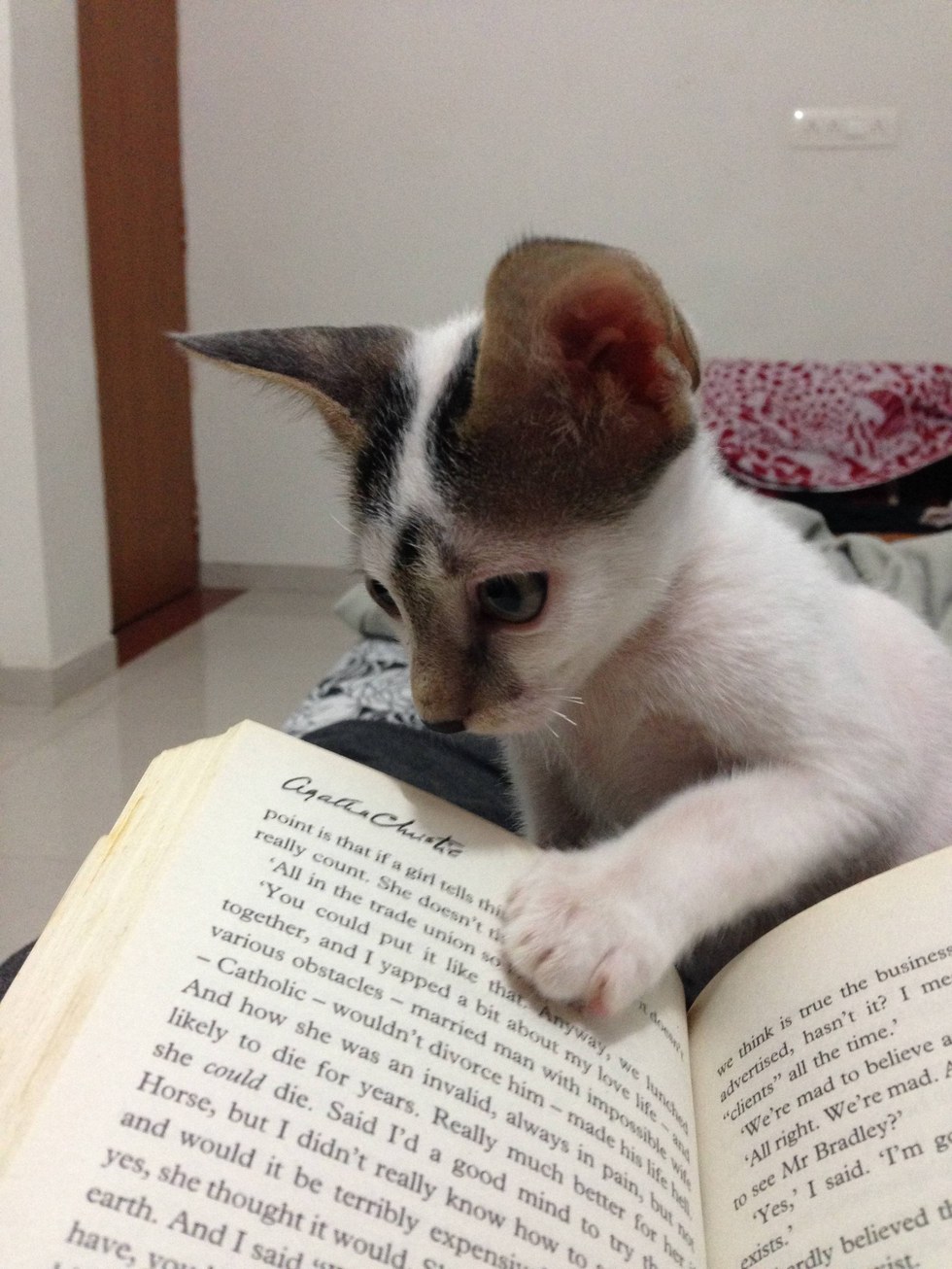 Whenever his human is reading, Bashi wants in on it and won’t rest until he can also look at the book, curious about what’s gotten the attention of his mom. Let’s look at another one of his shenanigans. He’s so funny! 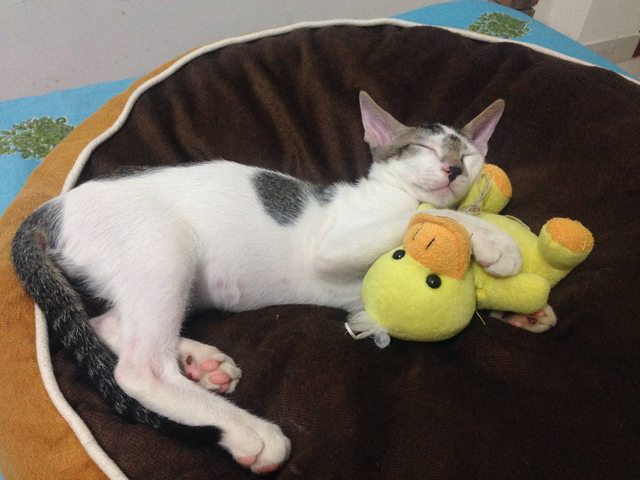 He started becoming more and more active and as he gained some weight and became able to run about, his mischievous side began to show as he started playing with all sorts of toys. We are in love with the next photo! 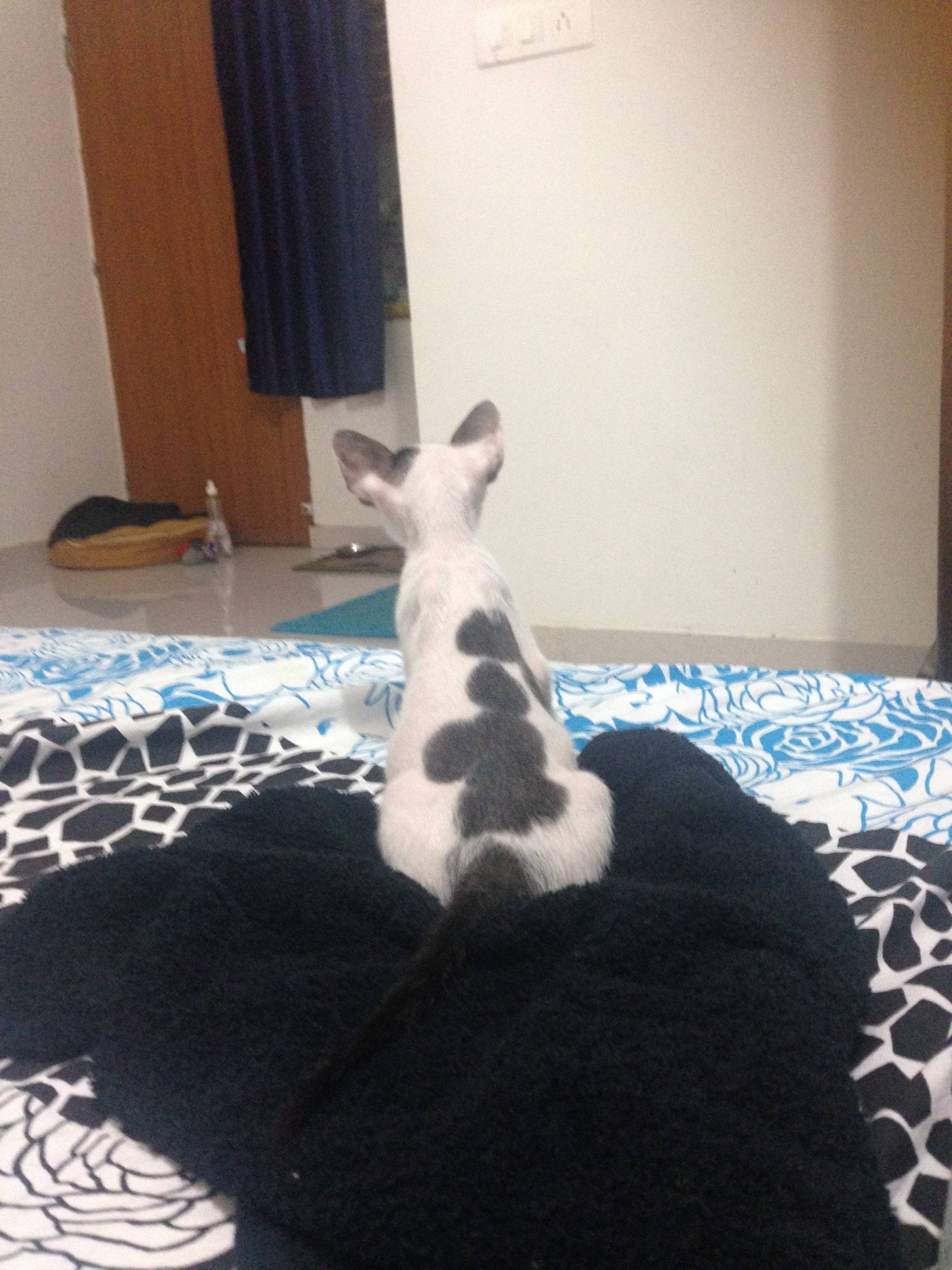 No wonder that Bashi became an internet celebrity. His story is amazing and we’re so proud of him and his mommy. You won’t believe how he looks like as an adult cat! 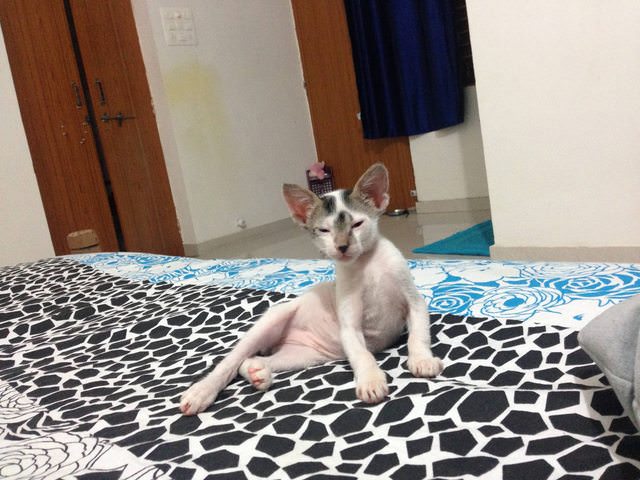 And after 4 months of care from his owner Bashi became a strong, handsome and healthy cat that looks as adorable as ever. He’s made a drastic change and you can see it on the next slide. 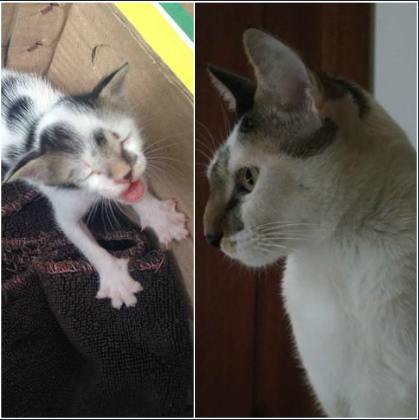 As you can see in the image Bashi has made a drastic change and no longer looks starved and unhealthy. Now he’s an adorable grown-up cat. The next photo will leave you in awe! 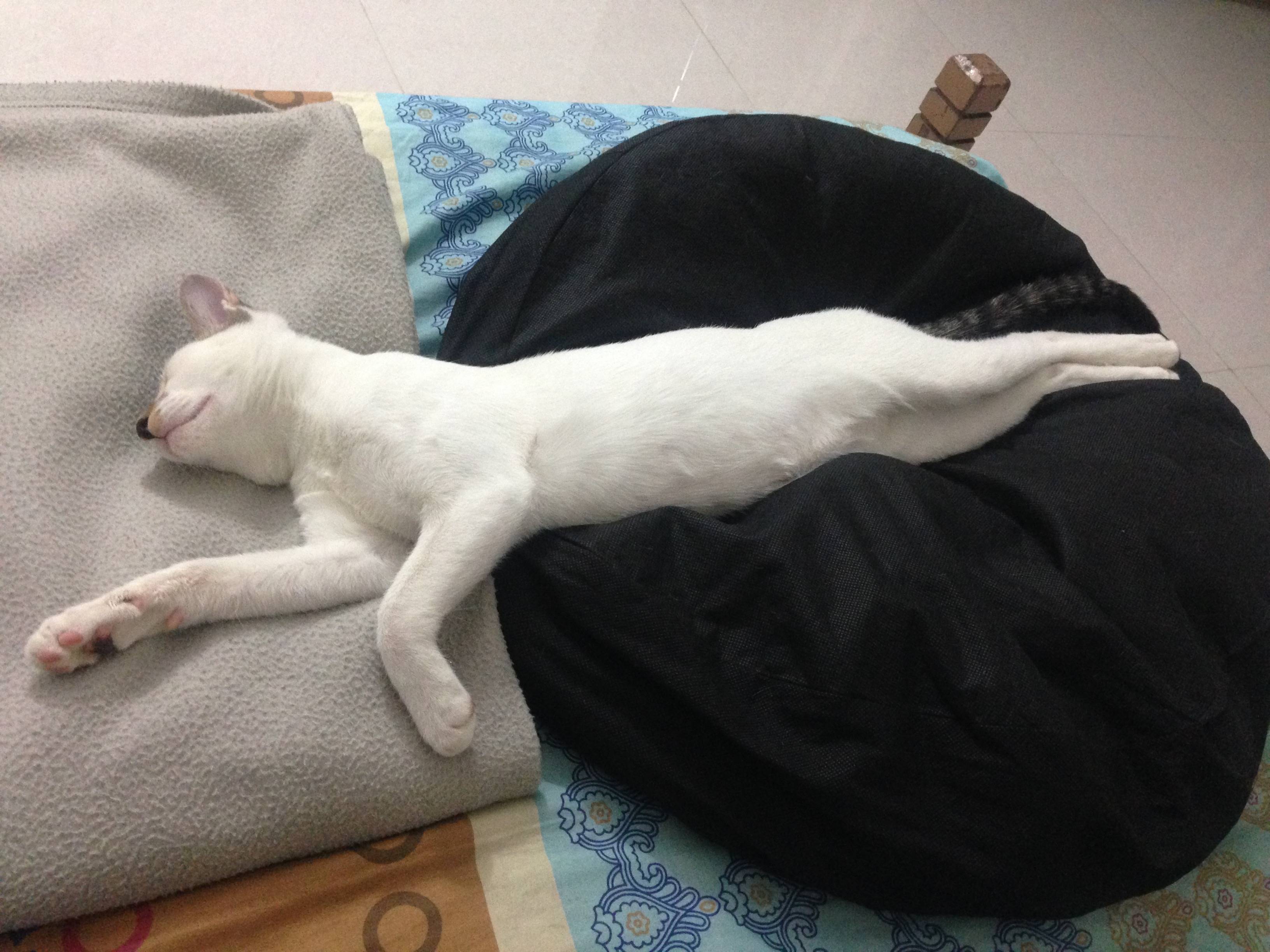 This bed that he’s laying on is the same one as shown in a previous slide. Except now he’s way too big for it and has even scratched off the covers. This is a great comparison piece to show off how much he has grown. The next photo will fill your heart with joy… 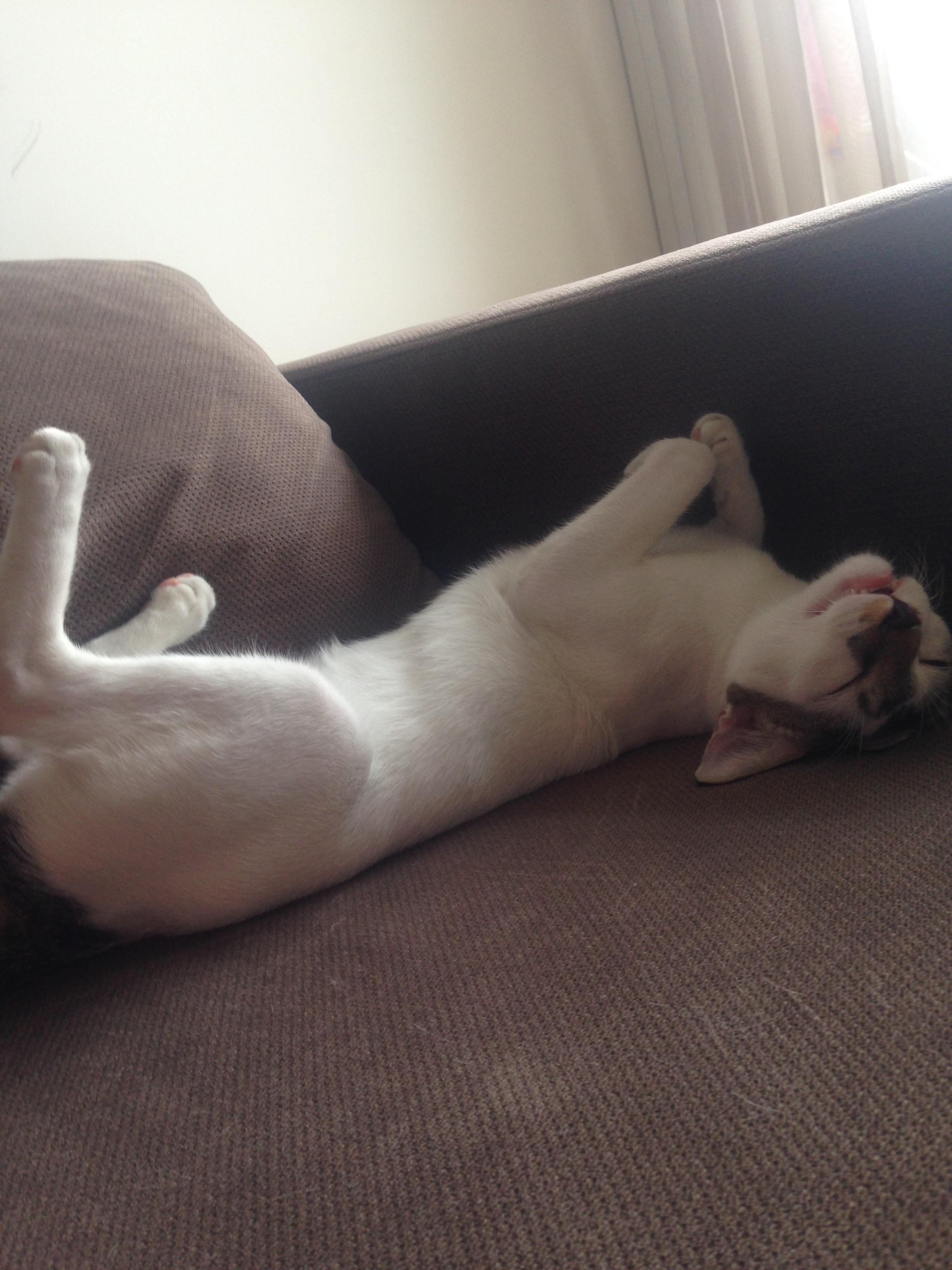 Bashi’s owner strongly believes that people should adopt cats rather than buy them and this is actually a very smart and thoughtful choice. Here’s why… 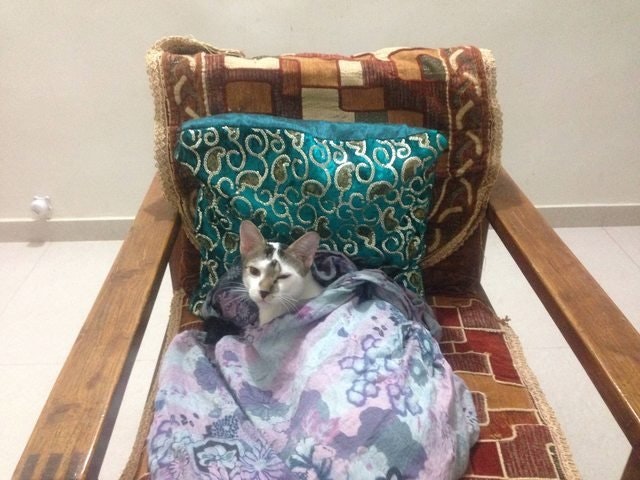 As some of you might now, thousands of cats are abandoned by their owners every year, and we can all be a part of the solution by adopting a cat instead of buying one. You should also know this next thing before going to a pet shop.

When you buy a cat from a pet store, usually they won’t have a lot of background information on it and so you will be mostly on your own. Rescue centers and adoption centers, however, tend to keep a track of the cat’s background and can tell you all you need to know about it. 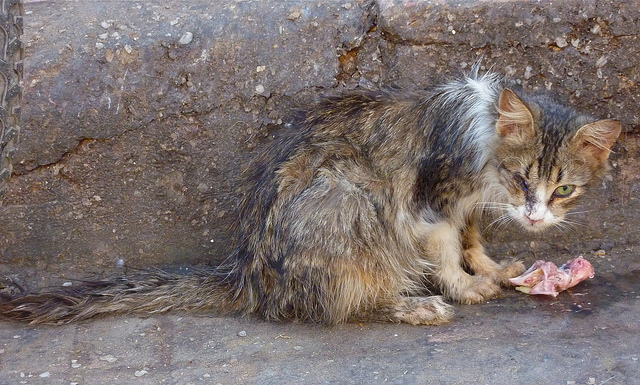 In the end, no matter what sort of cat you have, or any other animal, you should always remember to give it all the love that you can and if you do, you could end up making a friend for life.