Woman Tells Husband At His Funeral That She’s Expecting A Child, A Few Weeks Later This Happens

Courtney and Brian had a storybook love story, filled with immense love and consideration for one another. The two shared a love that only happens once in a lifetime, so when Brian tragically lost his life, Courtney was completely devastated. Then, she got the biggest news of her life and shared the news with Brian at his funeral. You won’t believe what she whispered to Brian at his wake and you’ll be touched by this heartbreaking story with a silver lining. 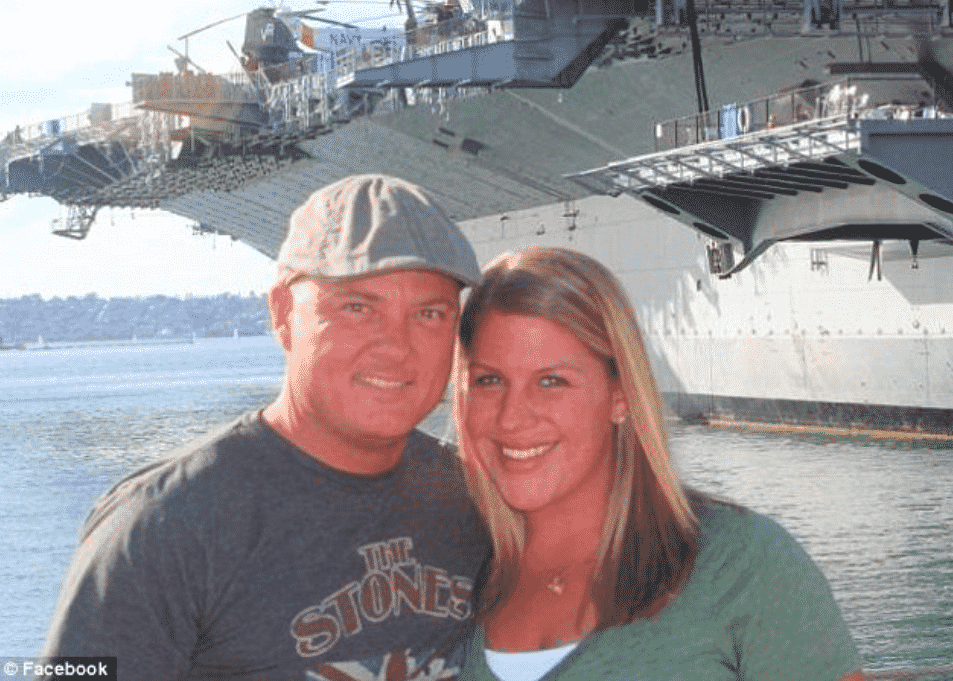 Brian Hill was a retired Navy veteran who had served in Afghanistan, Iraq and Kuwait. He and Courtney had met in 2011 during a snowstorm in Illinois. The pair instantly fell in love and knew that destiny had brought them together. 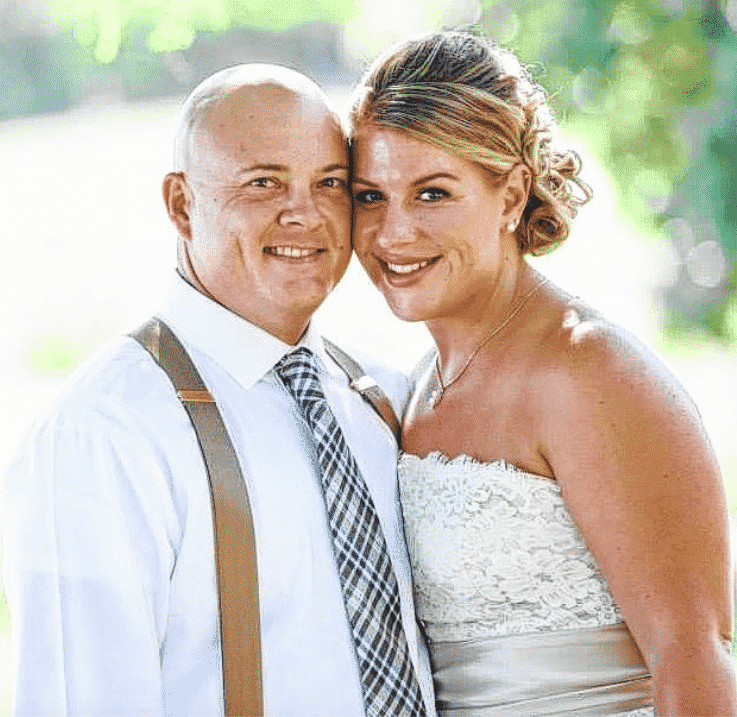 The two decided to get married and get started on their own family. Together they had a beautiful little girl, which they named Reagan. Everything seemed great and the couple continued to talk about their future plans together and what they saw in store for the future. 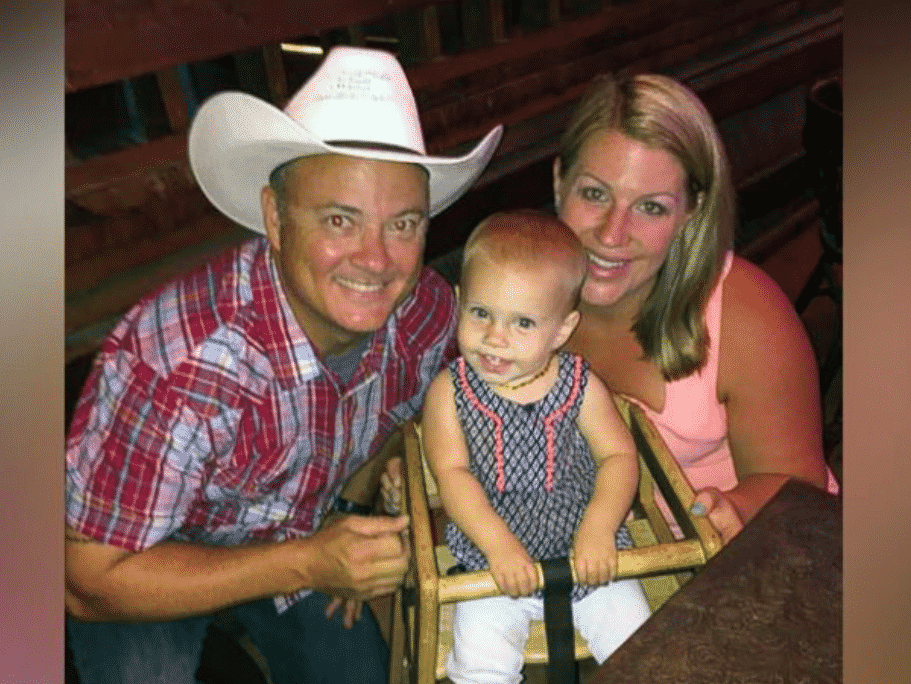 Courtney and Brian both continued to talk about having more kids. Reagan was such an added joy to their lives that they knew more kids would only add to their happiness. However, tragedy struck in the most unexpected way and left Courtney reeling, unable to process the news. 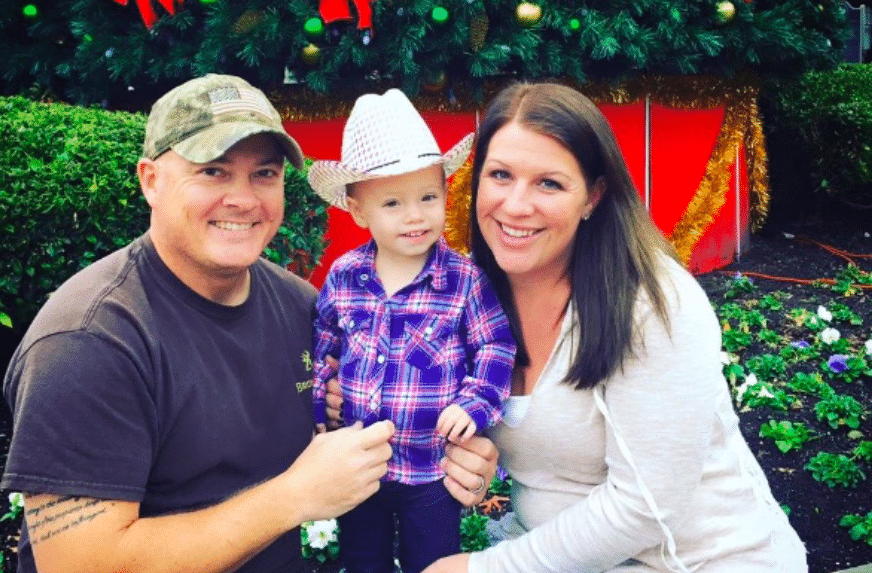 On February 2nd, Brian was tragically killed in a trucking accident in Oklahoma while making a delivery for a lumber company. That morning, while Brian was still in the house, Courtney had taken a pregnancy test. The result? Negative. Days later, however, things would change even more drastically for Courtney… 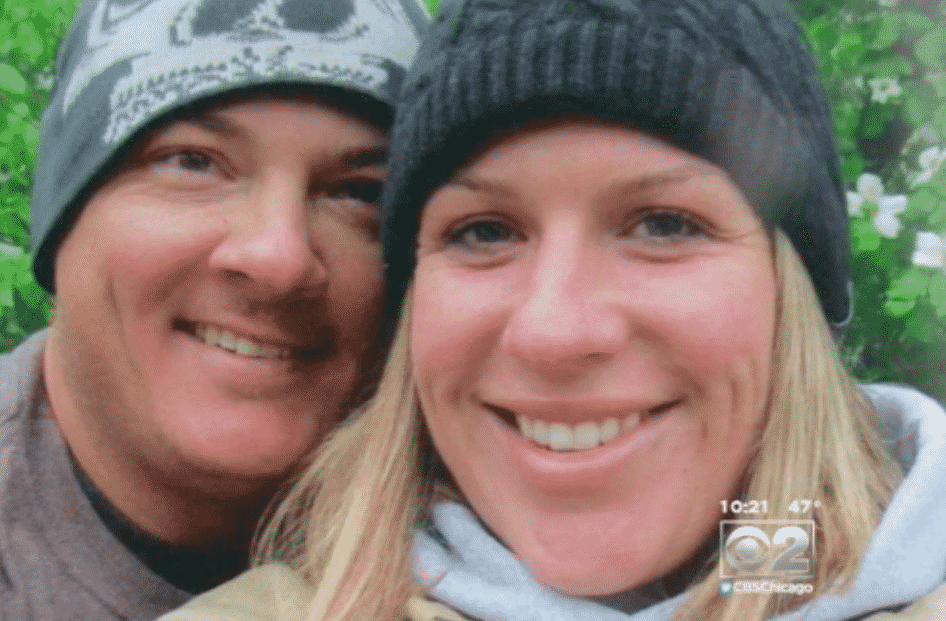 A couple of days later, Courtney felt that she should take another pregnancy test. All the signs were telling her to do so and so she went ahead and took the test, holding her breath until she finally got the result. She never expected this… 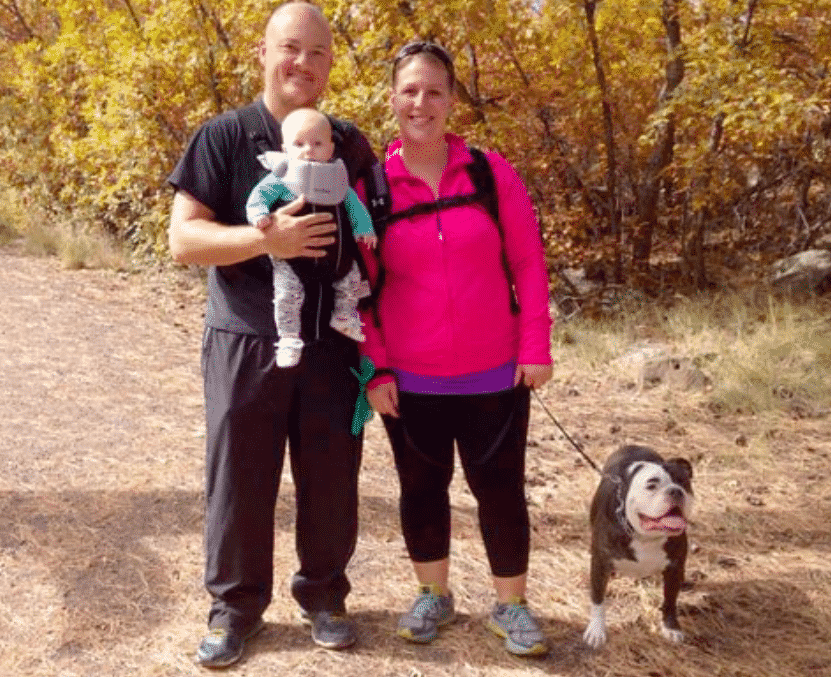 Staring back at Courtney was a positive pregnancy test. She was going to have Brian’s child. While at the funeral, Courtney took a moment to stand by her late husband, hold his hand and tell him the news. However, things would only continue to get crazier for Courtney as the months went by. 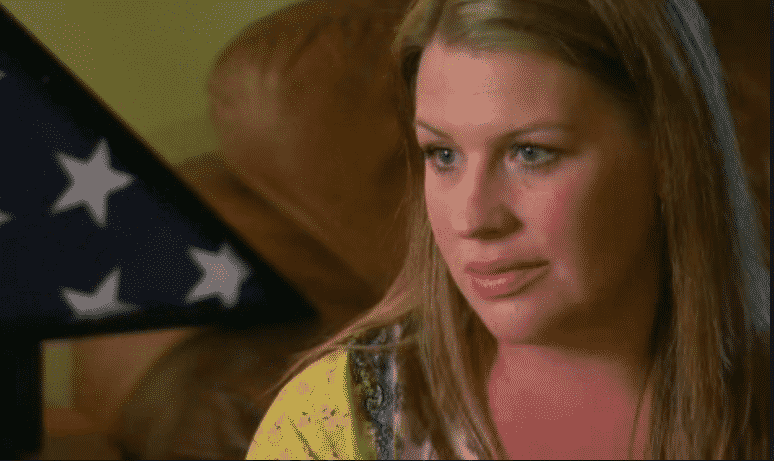 About a month after discovering that she was pregnant, Courtney began to experience some very intense pain. The pain was not something that she had ever experienced with her previous pregnancy and she was beginning to get worried. In fact, the worst thoughts began to cross her mind… 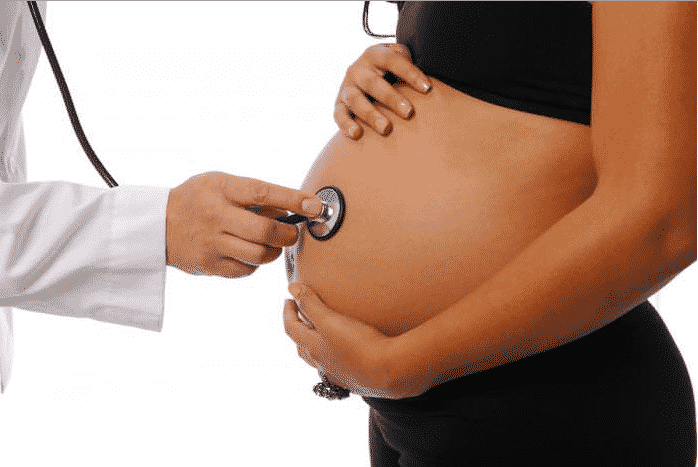 Since she was experiencing some very unusual pains, Courtney began to worry that she may be having a miscarriage. Finally, she took herself to the hospital to get checked out. It seemed that while Courtney was ok, there was something extremely unexpected happening with her pregnancy. You won’t believe it yourself! 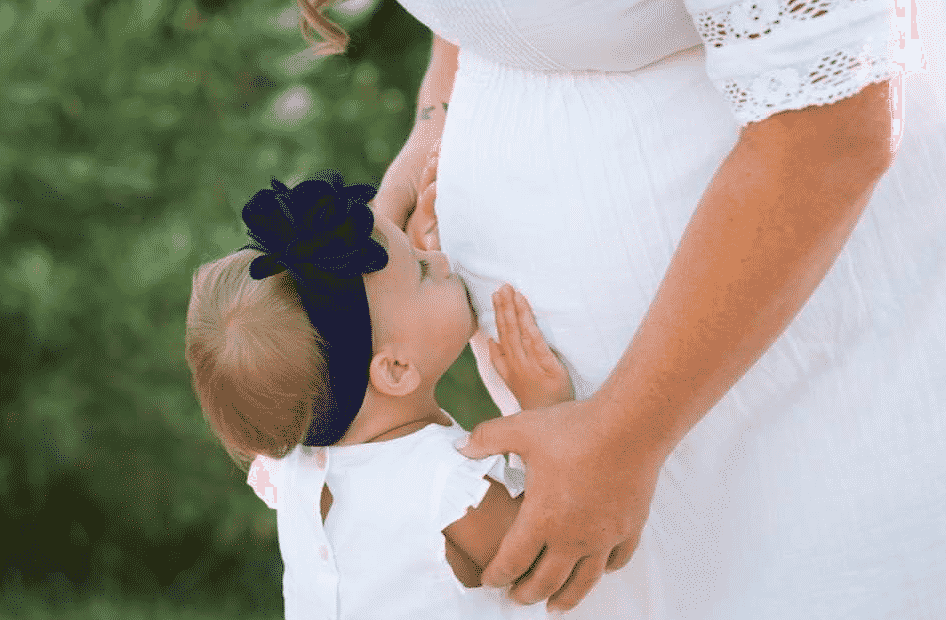 While Courtney was at the hospital she received the most shocking news, not only was she pregnant but, she was pregnant with triplets! “My jaw DROPPED. I’m excited to have three more smiles that remind me of him,” Courtney said when asked about the news of the triplets.

However, tragedy found its way into Courtney’s life once more. 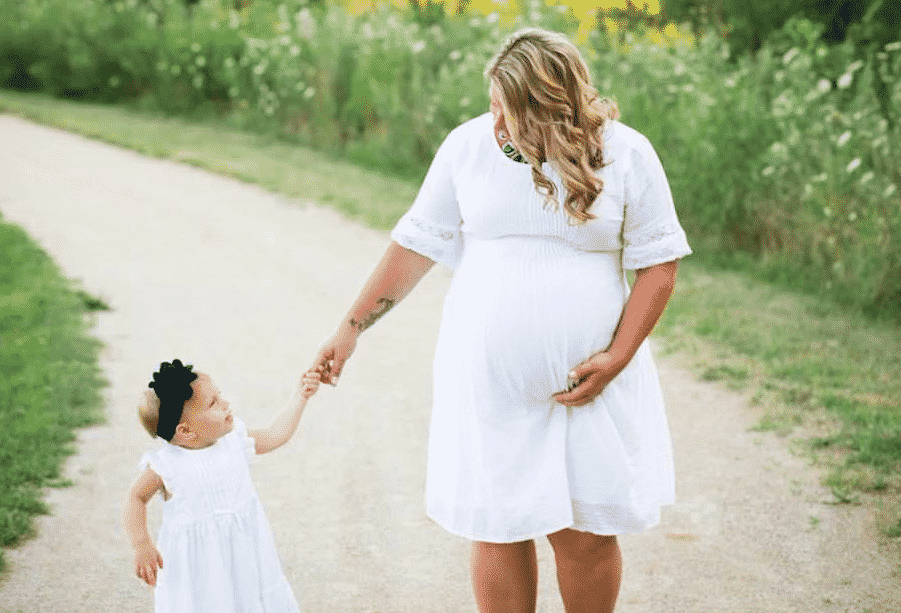 Courtney couldn’t have been happier about the news of having triplets. She herself was a twin and she stated that she and Brian would often joke about having twins in the future.

“I’ve never even met a triplet,” Courtney told TODAY Parents. However, she was grateful that she had compiled a long list of names with Brian before he passed. “I’ll have to use six of them,” she said. 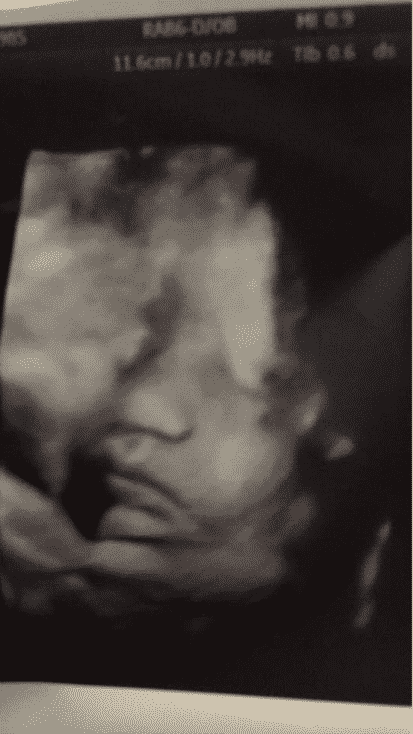 In the midst of the excitement mixed with the mourning for the love of her life, tragedy snuck its way back into Courtney’s life. At 25 weeks into her pregnancy, her doctor informed her that one of the triplets had passed away. Courtney was struck with grief yet again and felt lost. Her reaction will shock you. 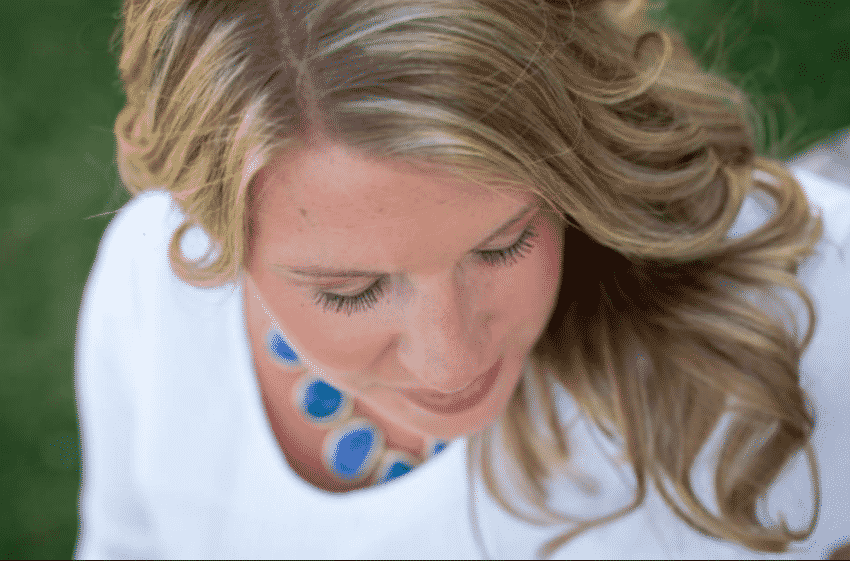 “It caught me off guard,” Courtney said. She had already picked out names for the triplets and had named the lost triplet, Brady. She was devastated and reminded once again of how painful it is to lose someone, especially so soon after her husband’s death. You’ll be surprised at how she handled the situation. “I wasn’t expecting to hear that news at the ultrasound. It reminded me of the loss of my husband, with his loss came blessings,” Courtney said.

“I lost Brady but I was given two newborn babies who are healthy. Most triplets have weeks in intensive care. Not in my case, everybody went home the next day. We have suffered, but we also have been blessed with little miracles.”

You’ll be shocked at how strangers react to the twins when Courtney takes them out. 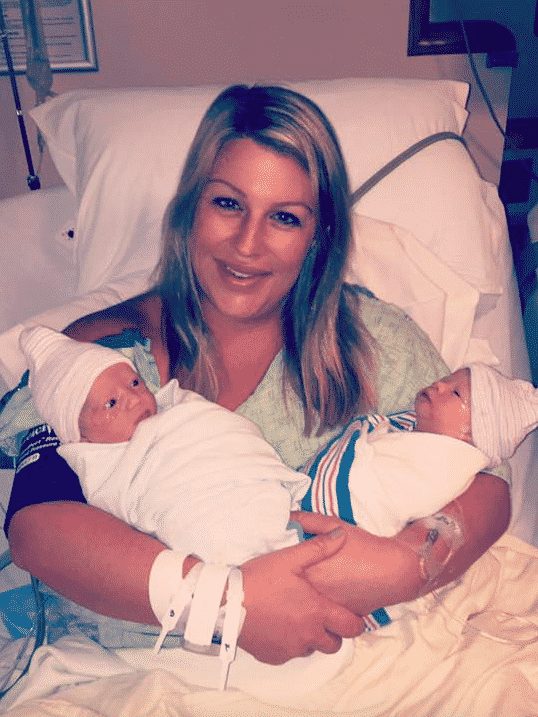 On September 21st, Courtney gave birth to two babies, Harper and Miles. She, however, does not call the baby’s twins and explains to strangers that they are not twins, but surviving triplets. Strangers have been unwilling to accept the mother’s request and Courtney’s response will blow you away. 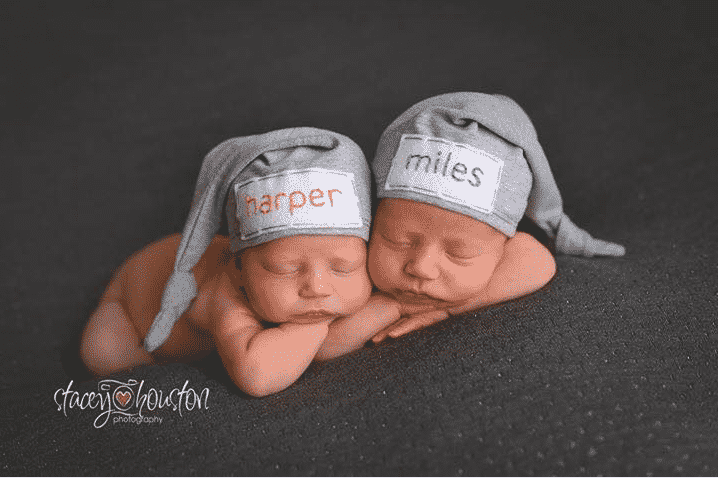 “People jump to the conclusion that they are twins. I call them surviving triplets. Many people get it, but others don’t. I don’t expect people to know my story, that I had three heartbeats for 26 weeks, but it hurts when I hear ‘twins’ and I know in my heart that they are triplets,” Courtney shared.

However, Courtney has an advocate by her side that has been defending her position and you’ll never guess who it is! 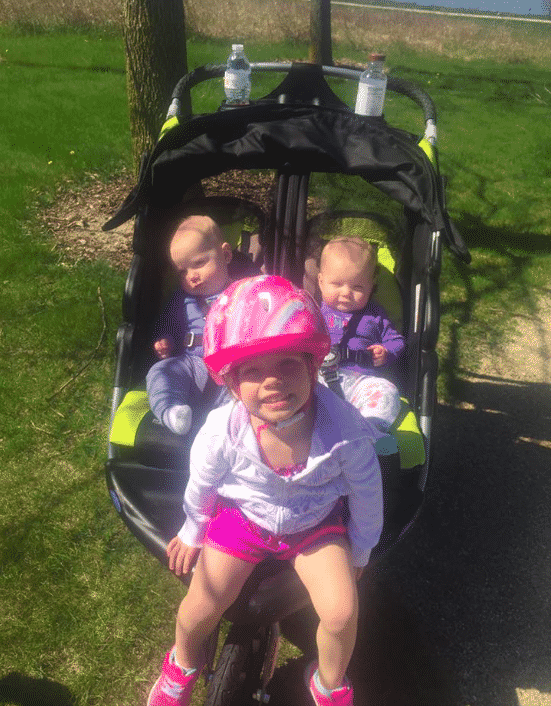 Courtney has shared that Reagan will often support her mother’s choice to refer to the baby’s as surviving triplets by letting strangers know about her brother.

“She’ll tell them, ‘My brother Brady is in Heaven with my daddy.’ Usually that’s when other people get it. I don’t want Brady to go unrecognized. He will always be my little boy. To call them surviving triplets makes me happy because I know he gets credit he deserves.”

But, Courtney has found it hard to support her new additions to the family so she turned to the Internet for help and was astonished by the Internet’s reaction to her story! 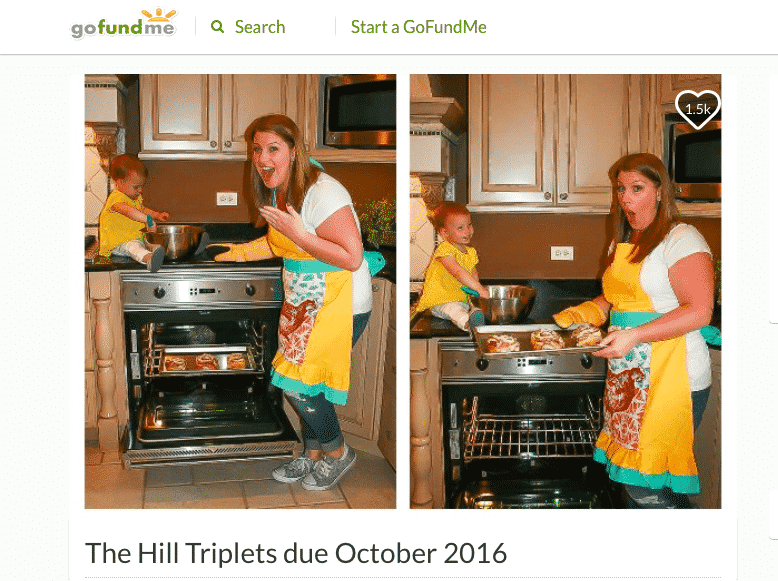 With the costs quickly adding up, Courtney decided to start a GoFundMe, where she bared her soul for the Internet. Her goal was $30,000 but the Internet is so amazing that they already exceeded it by reaching $50,000!

Courtney was eternally grateful stating, “You hear about all the bad things in the world, and here are people, strangers stepping up to support us.”

But not all strangers have been kind… 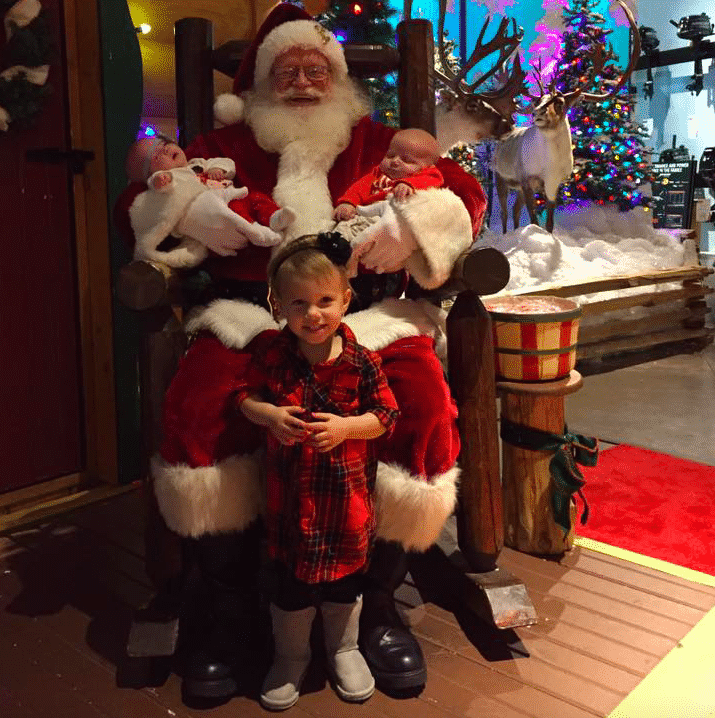 Although there have an overwhelming number of positive comments and people going out of their way to add to the fundraiser, there have been a few mean comments that have stuck with Courtney. Some of these include critical skeptics that say she had a hefty life insurance plan with her husband, which she didn’t, and that her and her husband had done IVF to have the triplets, which again was not true.

However, Courtney has not let the naysayers bring her down and you’ll be touched by her reaction to the “haters.” 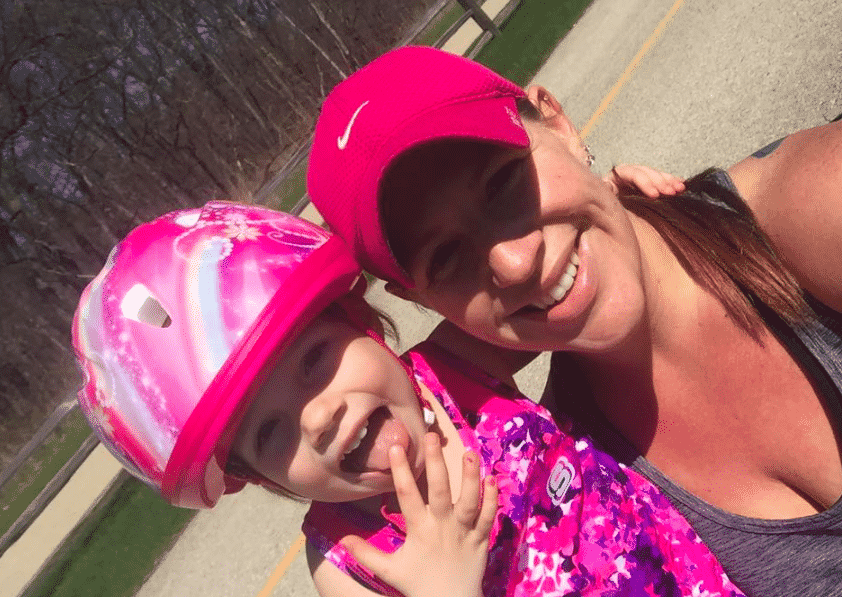 “I’m so appreciative and thankful and grateful, and I’ll never know who some of (the donors) are,” she said.

Despite having gone through so much tragedy in the span of a year, Courtney has remained positive and loving and intends to keep her husband’s memory alive for her children to always know him. You’ll shed a tear at the next photo. 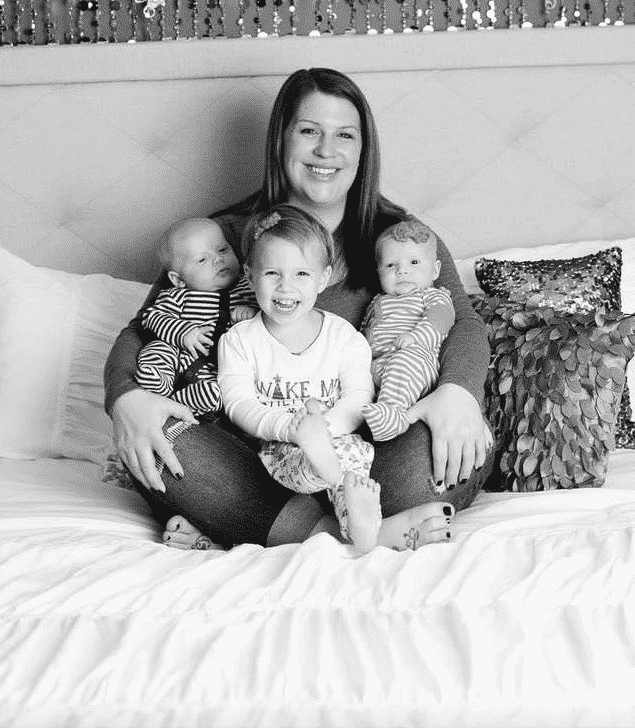 “They will all know about their dad,” Courtney said. “From military, to family man…he was the true hero. He was an amazing man, always willing to help others. He was just an amazing father and husband. He was perfect.”

Courtney’s story is a lasting testament that no matter what tragedy may strike, there is always a way to stay positive.