The Lost Children of Tuam. The Chilling Truth Revealed.

As a native resident of Tuam, Catherine Corless couldn’t help but notice a heavy secret that shrouded her Irish hometown. In this close-knit town, comprised of mostly religious Irish Catholics, Corless uncovered a mystery so shocking that it took her years of research to bring the truth to light.

Here is the untold story of the lost children of Tuam whose deaths have been overlooked for years. You’ll be shocked as the events unfold to reveal a sinister secret that Ireland couldn’t bury. 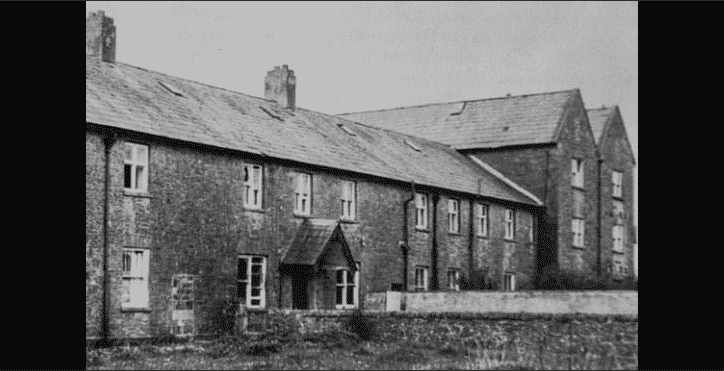 Our story begins with Catherine Corless, an Irishwoman who grew up in the small town of Tuam, whose name can be translated from Latin as “burial mound.” Every morning she makes her way to the Sisters of Mercy primary school with her fellow classmates.

However, there were some children that were markedly different from the others and they were known as the “home babies.” 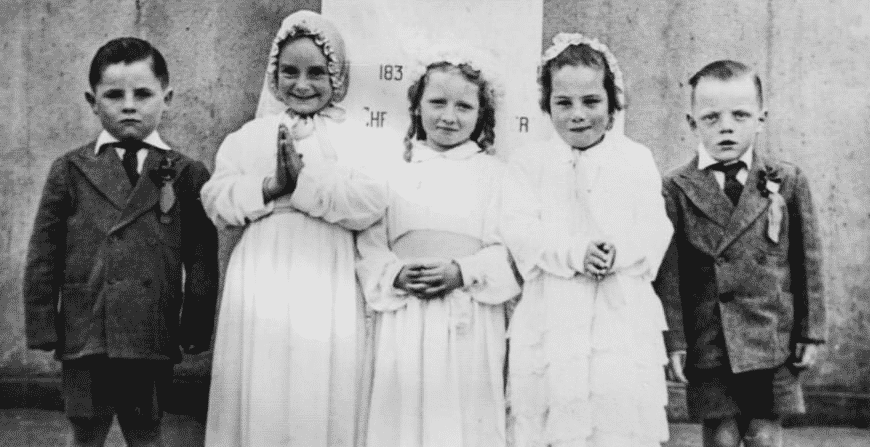 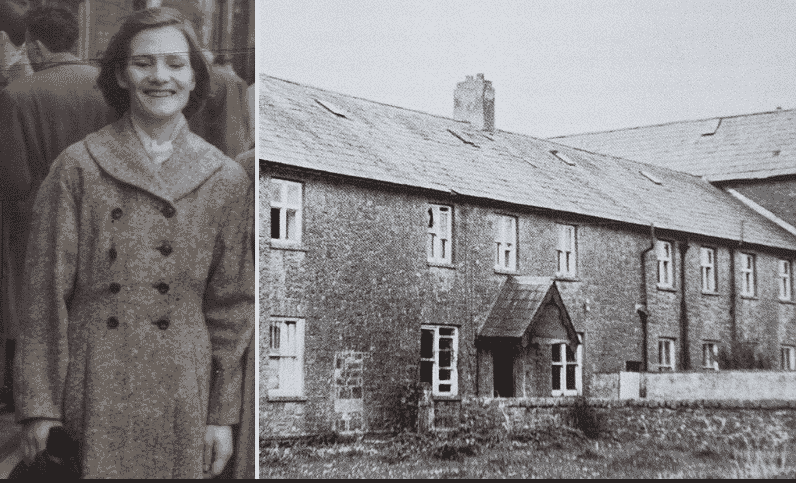 Holding an empty candy wrapper and shaping it to look as if there were a candy inside, Catherine handed the candy to one of the orphaned girls as a smile grew on the home baby’s face. Her smile quickly disappeared as she realized the candy wrapper was empty. The memory haunted Catherine for the rest of her life, leading her on an incredible life journey that would shape Ireland’s history forever. 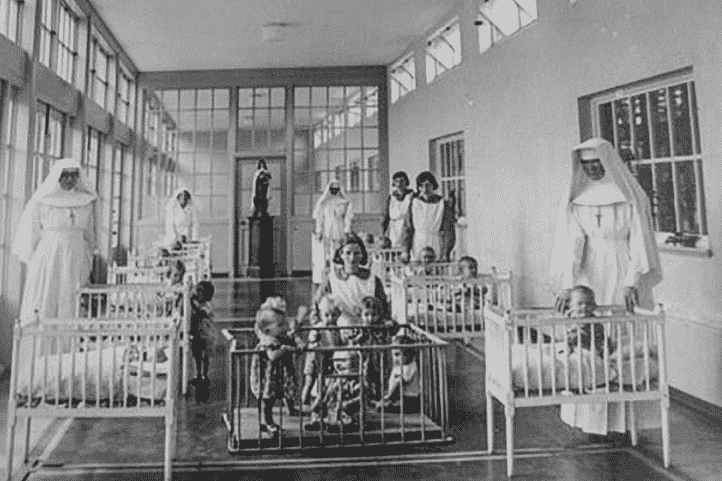 The home babies were orphans abandoned at the St. Mary’s Mother and Baby Home where young women from all around came to give birth to their illegitimate child. Since a pregnancy out of wedlock could threaten a family’s land inheritance, the women were ushered off to the home quietly, in order to protect the family name.

The living conditions, as recounted by many, were horrendous.

22. The Trouble With The Home

The young girls remembered the home as a daily toil where they would wake up early for mass, have breakfast, breastfeed, rinse the baby’s diapers, and then polish the dormitory floors or wash the urine off all the sheets. The sisters that ran the house were far from sympathetic as they watched the girl’s every moves and made sure to inflict chastisement if they found it necessary. The girls stayed until the breastfeeding was done and then they were shooed off to never see their child again.

One woman attempted to stay in contact with her son, however, the situation did not go as planned. 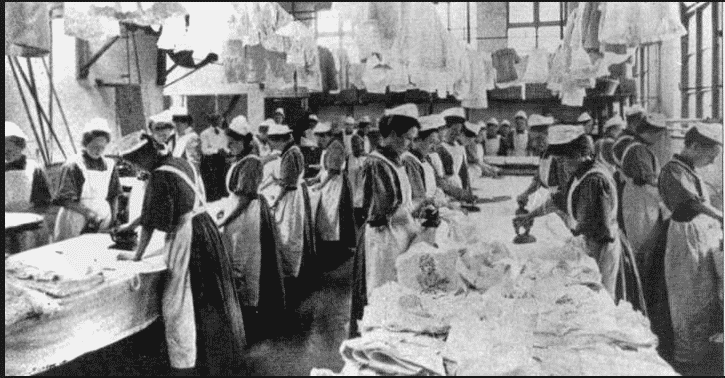 One young unmarried girl made an active choice to become a part of her son’s life as much as possible. She took on a job as a cleaner at a hospital near the home and for many years she would stop by the home and repeat the same phrase every time: “That’s my son you have in there. I want my son. I want to rear him.”

The nuns did not sympathize…

A door was simply slammed in her face. So her son and the many other orphans were left to fend for themselves without the love and affection of a family and treated as “sinful mistakes.” There was only a life of pain, illness, and misery for the children of the home and that is what plagued Catherine to find answers to the conditions of the home. She had no idea what she would stumble upon.

Catherine’s questioning began with her mother, a truly empathetic person that always seemed to be troubled by something, according to Catherine’s recollection of her. Whenever Catherine had questioned her mother about her hometown in County Armagh, she simply stated, “Sure they’re all dead and gone,” and there would be no further discussion.

This puzzled Catherine and she began to look for missing clues into her mother’s identity. What she discovered was an out of this world secret that her mother had been harboring all her life. 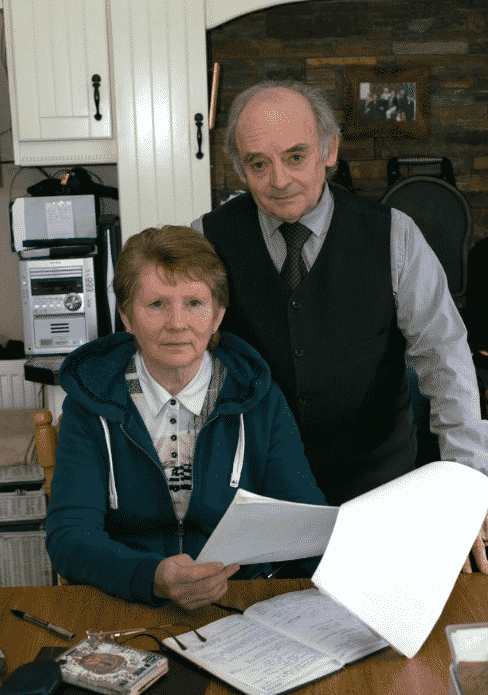 After her mother’s death at the age of 80 in 1992, Catherine decided to pry open her mother’s history in order to better understand her nature. Opening up public records in Armagh, Catherine discovered her mother’s birth certificate. On it was written a mother’s name and a blank space for father. Her own mother had been born out of wedlock.

This shocking revelation suddenly painted a clearer picture of her mother and her life story. 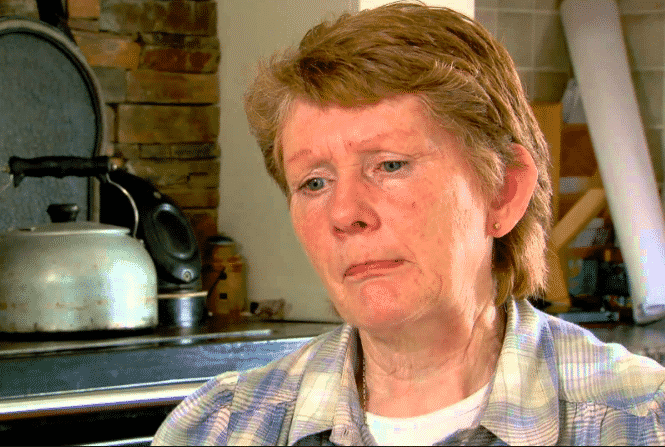 Moving from different foster homes until she found work and a man to marry and have a family with, Catherine’s mother had a troubled childhood and a secret that she kept from everyone in the family.

“That she went through her life, that she didn’t like telling us,” Catherine said. “That she was ashamed to tell us…” 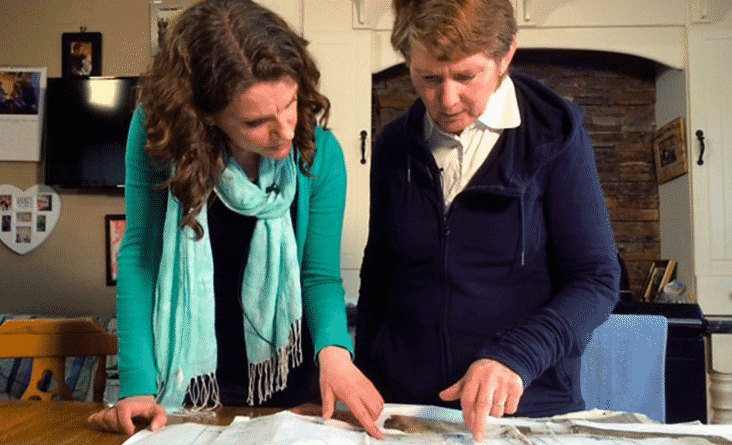 Due to the discovery of her mother’s past and how greatly it impacted her personality, Catherine began to delve into understanding people and how life shapes their behaviors. Through this she began to look into the past of Tuam and wrote essays for the journal of the Old Tuam Society on its local history.

Through her history writing, Catherine came across the old mother and baby home. At first she thought nothing of it, until she began to notice a very odd theme. 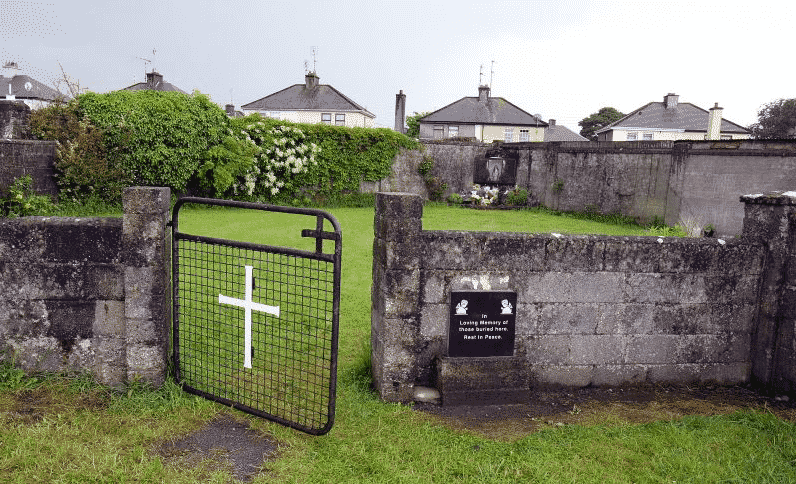 As Catherine began to look into the old home she began to notice that there were no existing photographs of the place. As she began to pry further by asking the locals about it, she noticed that many hesitated to even speak on the topic. However, the locals did bring up a story about the horror that two young boys discovered while playing around in the area of the old home. So what did the boys see? 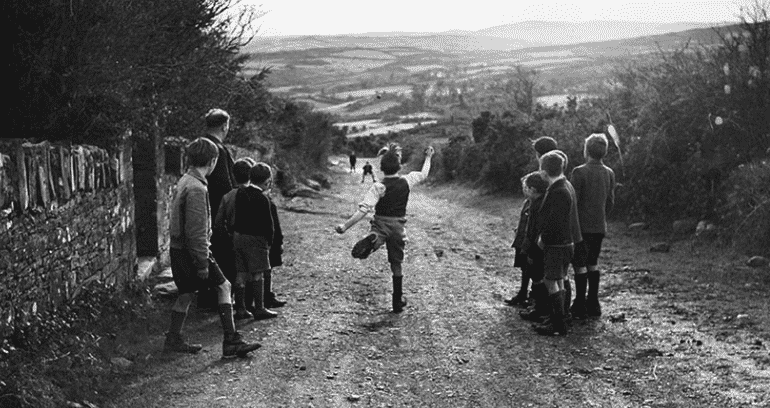 Two young boys Frannie, 9, and Barry, 7, were outside playing their usual games of running around, racing, and climbing crab apple trees. However, on this particular day the boys stumbled across a septic tank in an area that was overgrown with weeds. Curiosity got the best of the boys as they pushed the lid over to reveal a terrifying discovery that made them both run away in fear. 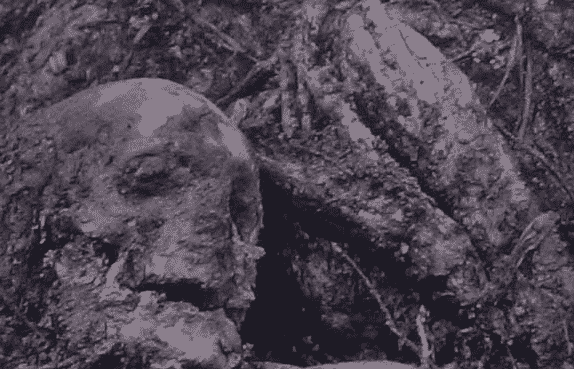 Inside of the septic tank, the boys had discovered a pile of old bones that had been left unburied. The boys ran off and told everyone they could and soon county workers went off to inspect the area. The police investigated and stated that the boys were simply from a time when a famine had hit the area. Catherine heard the news and was unsatisfied with the answer. What were they hiding? 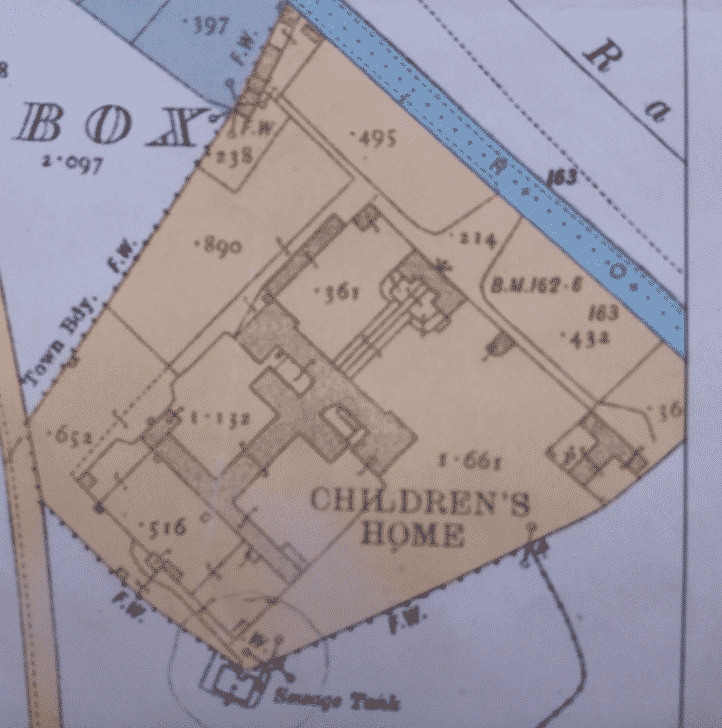 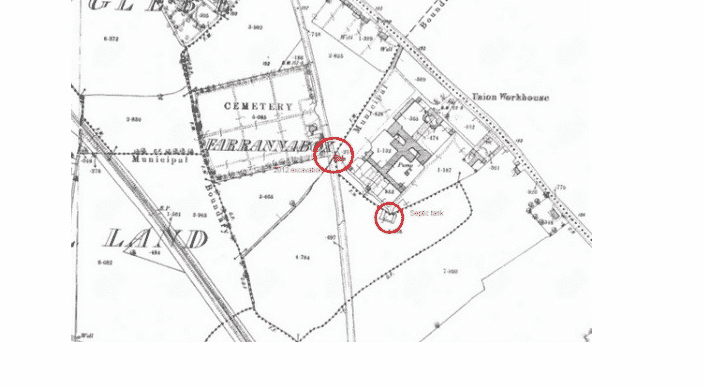 Catherine’s discovery uncovered that the septic tank for the old baby home sat exactly where the boys had found the old bones. The tanks had been since disconnected, but were part of the home’s original Victorian layout. What exactly did this mean? 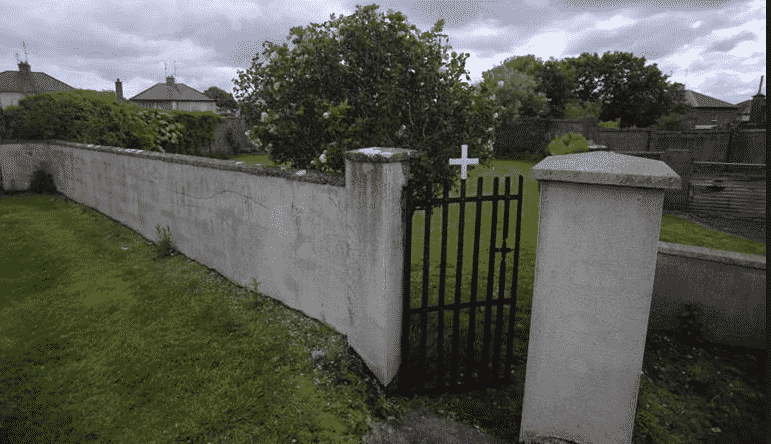 Piecing together the information she had gathered, Catherine could only come to one conclusion but the sheer thought of it horrified her.

“I couldn’t understand it,” Catherine said. “The horror of the idea.”

The only answer was staring her right in the face: the bones were those of the home babies. But why? Who would stuff them into a septic tank? 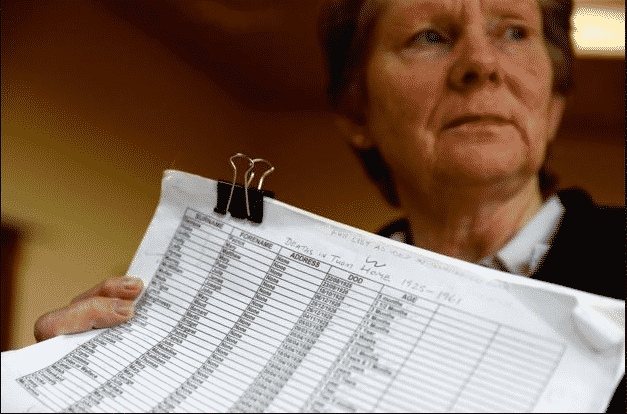 Acting instinctively, Catherine quickly purchased a random sample from the government of 200 death certificates for children who had died at the home. After shifting through all of the information, Catherine found that only two of the home babies had ever been buried in the local graveyard.

The two children were orphans and “legitimate,” meaning that they had not been conceived out of wedlock. Catherine decided to take the story to government officials and local authorities. 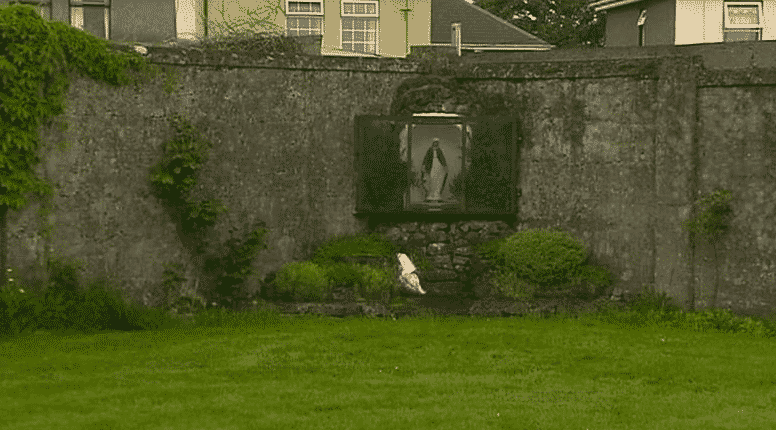 The county council had no direct answers for Catherine and her constant questioning. The best excuse that the officials came up with was that the families of the children claimed the body’s to bury in their own family plots.

Understanding how stigmatized the home baby’s were, Catherine knew that this answer was highly unlikely. Instead, Catherine continued to dig further into the story and found an appalling truth… 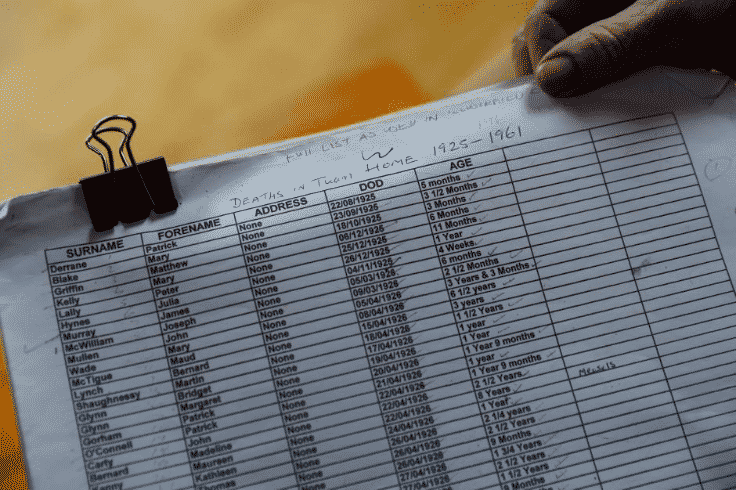 Catherine continued to dig for answers and clues, eventually paying for a spreadsheet that listed all of the names of the home baby’s that died during the 36-year existence of the place. The final number of death absolutely shattered her mind: 796 home babies.

How could no one have known? 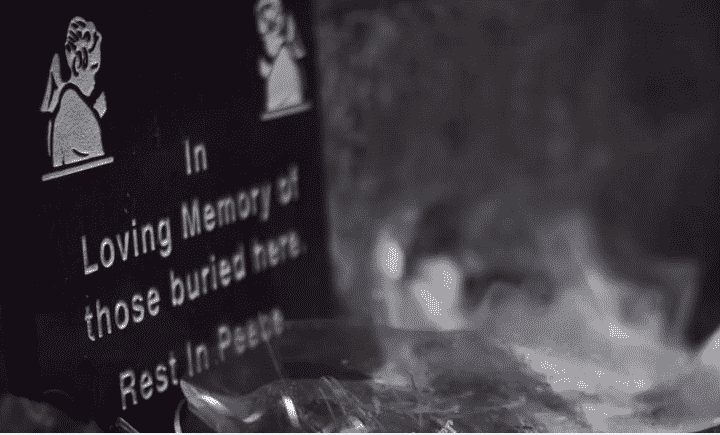 It seems that many people were alerted to the terrible conditions of the baby home during its existence, including Parliament. A government health inspector had even stopped by and noted the terrible living conditions and sickness that pervaded the home. Nothing changed and nobody cared. 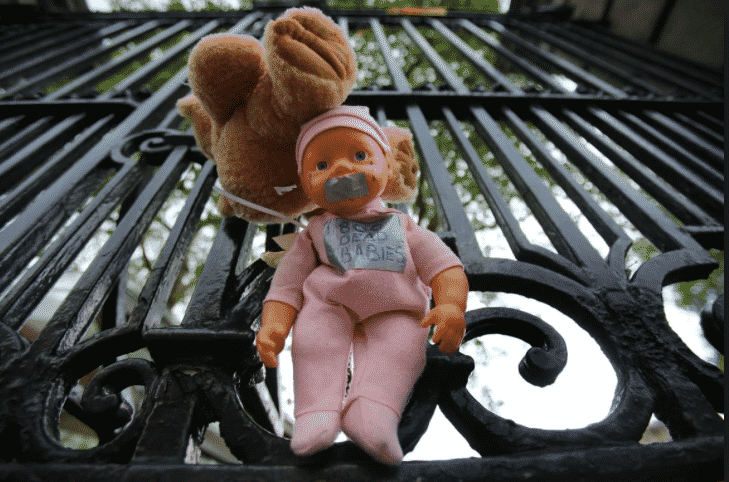 “I feel it at times: that those poor little souls were crying out for recognition, a recognition they never got in their little, short lives,” Catherine said. “It was a wrong that just had to be righted some way.”

Trying to right the wrong, Catherine made her way to The Irish Mail, a national newspaper, and connected with a reporter. In the spring of 2014 a story was published on the situation, sitting on the front cover of the newspaper. Suddenly all of Tuam was talking about it.

4. The Children Speak Out 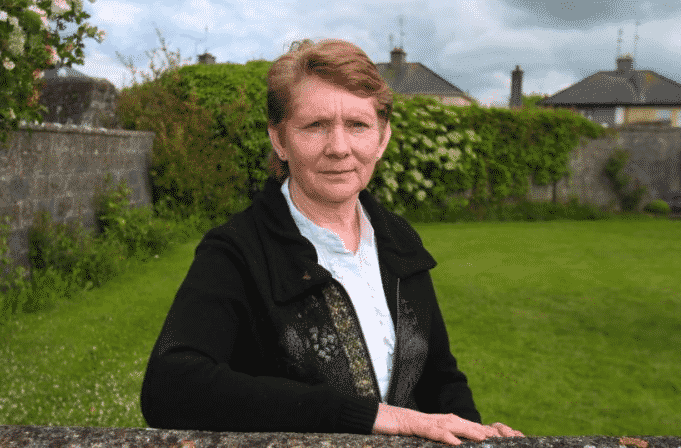 Children who had survived the home into adulthood began to contact Catherine. Through emails, phone calls, and even in-person meet-ups, the home baby’s continued to contact Catherine and pour out their stories to her. Many wanted to find their mothers, siblings and looked to Catherin for help. Catherine quickly took on a new role that changed everyone’s lives forever. 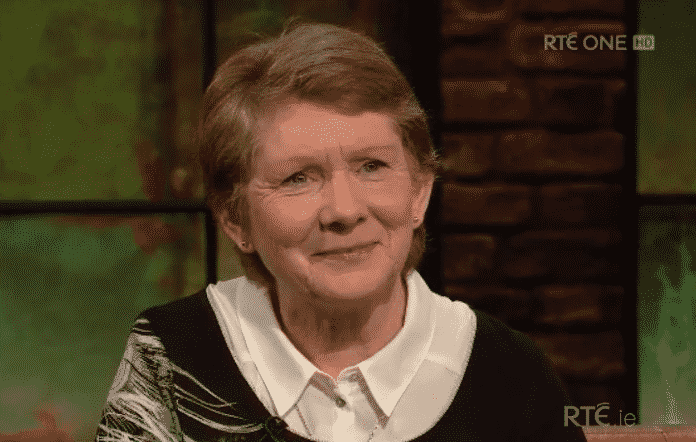 Without accepting any pay, Catherine began searching into each person’s past hoping to locate mothers and siblings. Many of the home baby’s simply wanted reassurance that their mother’s had lived well. As adults now, the home baby’s would come to Catherine’s house for tea and a chat. Through them, Catherine was able to better understand her own mother and the past that haunted her.

2. The Truth Comes Out 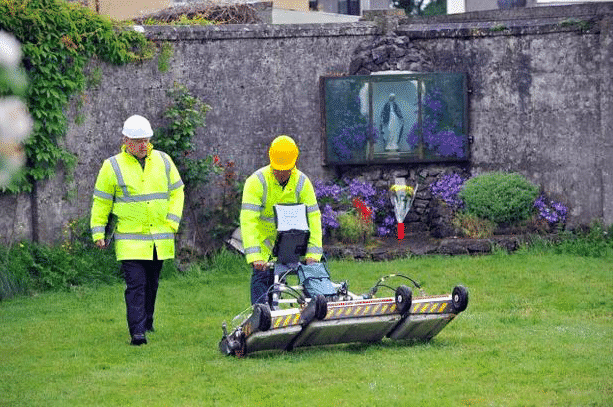 After the widespread news, the Mother and Baby Homes Commission reported that “significant quantities of human remains” had been discovered on the grounds of the Tuam home. All of Catherine’s research had proven to be true. Human remains were found in 17 of the 20 septic tanks that connected to the home. The commission promised to continue its investigation into “who was responsible for the disposal of human remains in this way.”

However, Catherine’s heart still didn’t rest easy. What was pulling at her so much? 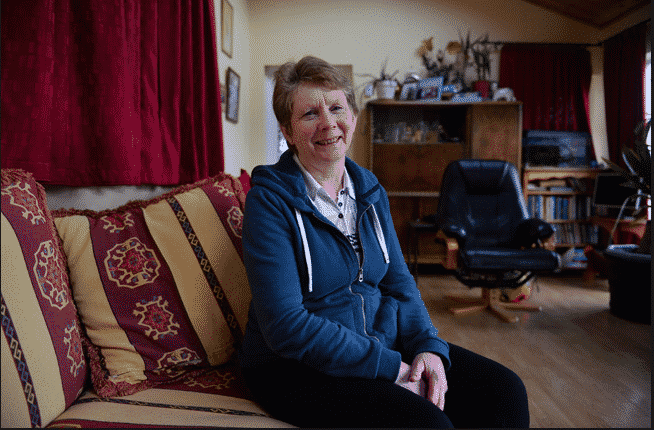 Catherine still thinks back to the home baby girl that she played the prank on. Looking through hundreds of records, Catherine has still not been able to locate her.

“It would be nice to meet her,” Catherine has said, leaving us all with a bitter-sweet emotion about one woman’s courage to uncover the truth of a home that many refused to acknowledge existed in the small town of Tuam.