Before getting started, you should know that we are going to add some spoilers, so if you haven’t watched season 2 of ‘Stranger Things’, then you should do it right now!

Those who have watched it and can’t just let go of the series yet, here are some hidden details that you might have missed, as well as the heartbreaking story behind it. We’re going to look at some flashbacks and connect every detail, so stay tuned! 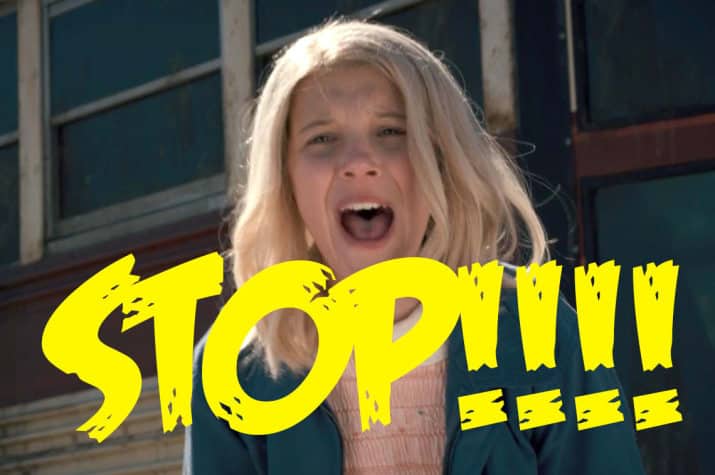 This season focuses on dealing with past trauma and fighting the Shadow Monster. It also creates a deeper connection between Eleven and Chief Hopper, as you’re about to find out. But there are a few secrets hidden in their relationship that you probably missed! 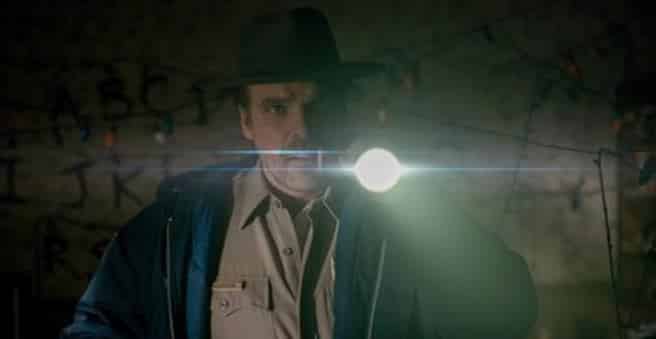 Chief Hopper is not just a man of the force; he was a father and losing his daughter made him find comfort in protecting Eleven. There is a subtle detail in their friendship that will break your heart! 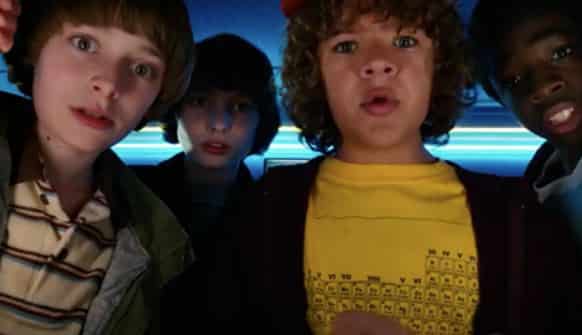 While the main characters are very important in the whole plot, fighting against the monsters and being their fun selves, the star of this season is definitely Chief Hopper. But why? 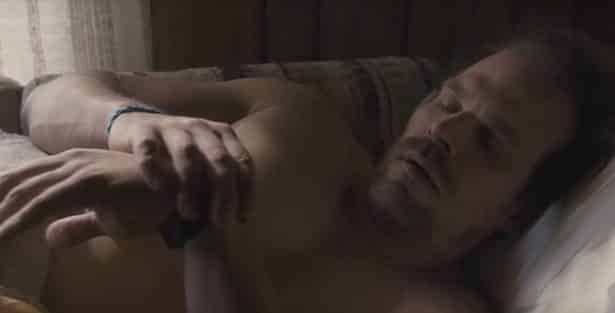 Chief Hopper was very affected by the death of his daughter so he started wearing her hair bobble all the time. Many of you might not have noticed this tiny detail, but what we’re about to show you will break your heart into a million pieces! 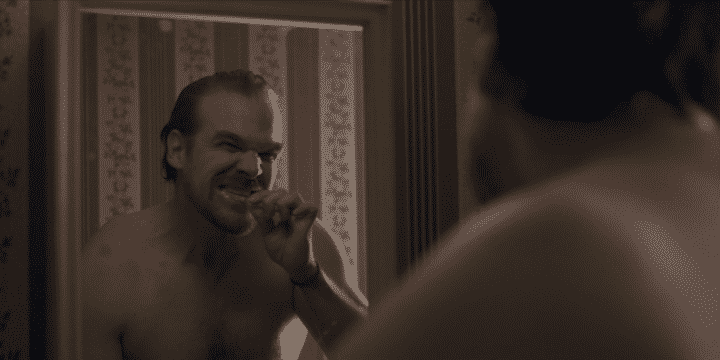 Hopper never lets go of Sara’s hair bobble, and wears it as a reminder of his daughter, continuously feeling guilty about not being able to save her. But this issue never stops haunting him, as you’re about to find out.

15. Preparing for the Ball 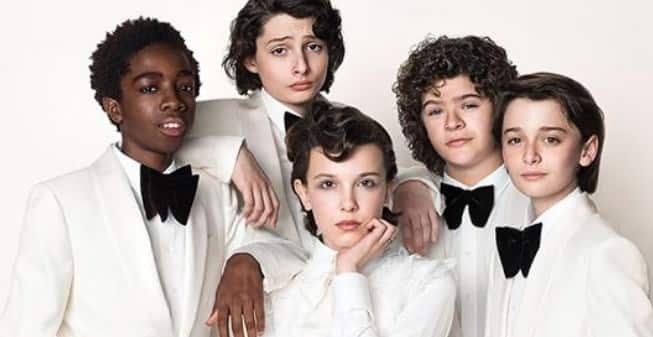 Meanwhile, the young ones are preparing for a tiny moment of happiness: the Snow ball! Guess what Eleven will be wearing as a gift from Chief Hopper? If you already saw the movie, we can assure you that you missed this tiny but important detail. 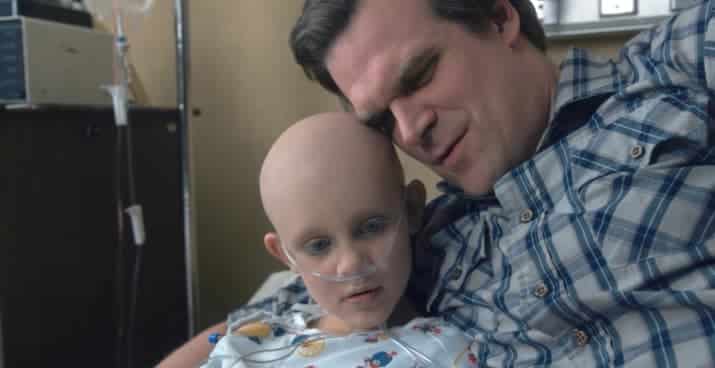 A flashback from season 1 shows us Hopper with his daughter, comforting her in her last moments. He also does something that will surprise you in season two and make you remember this scene again and again! But what’s the connection between these moments? 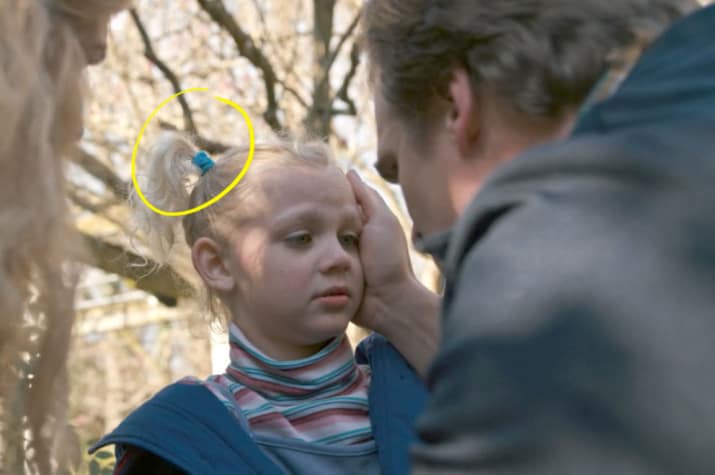 An unremarkable detail from the past will show you that the hair bobble used to be in his daughter’s hair. After losing her hair, Hopper kept the bobble on his wrist. And it’s still not giving up on it. Wait until you see what he does with it!

12. Something to Always Remind Us of Sara 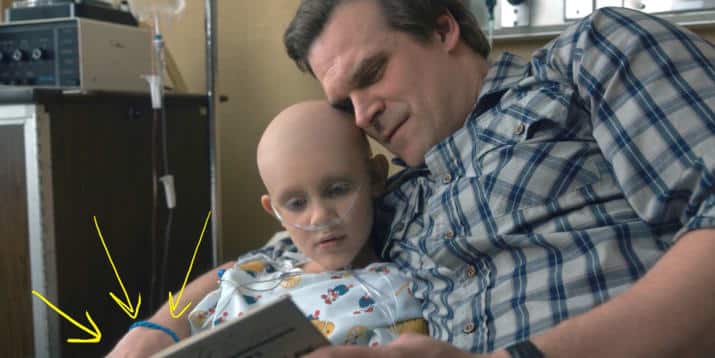 Maybe you haven’t noticed this detail before, although it was used in both seasons. As small as it seems, the hairband actually has a deeper meaning that reveals Hopper’s pain but also his healing process. 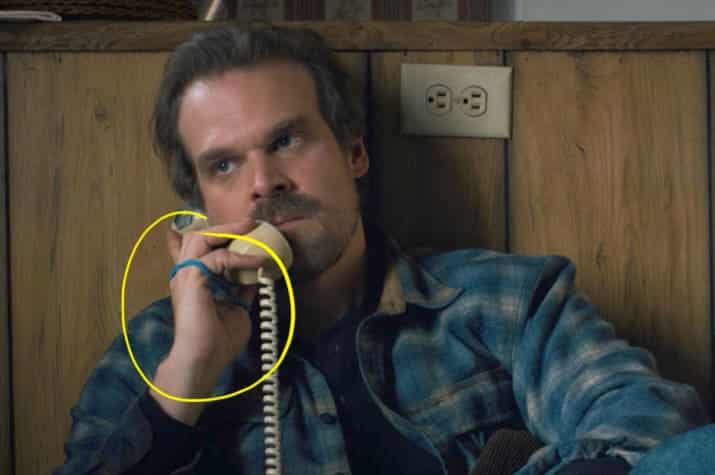 Hopper plays with the hairband whenever he feels overwhelmed by emotions. When speaking with his ex-wife on the phone, we can’t help but notice that he’s wearing it on his right hand! But the best is yet to come!

10. The Horror Keeps on Repeating 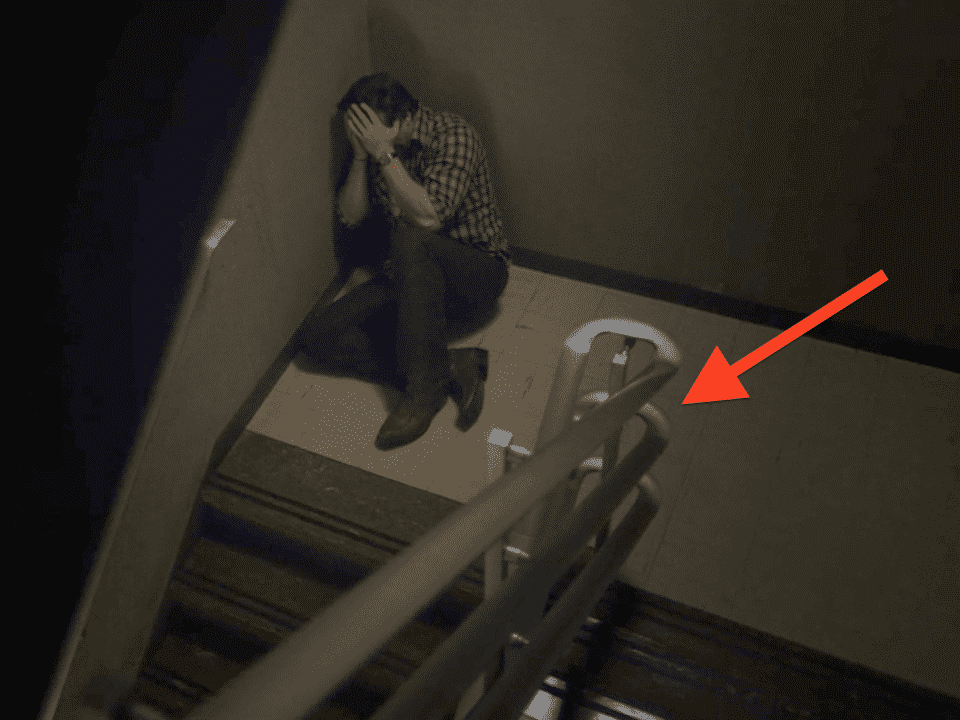 Not only Hopper is the connection between Eleven and Sarah, but we also find out that the staircase where Hopper cried is the same one we see later in season 2, episode nine. Check the next image to see the horrifying scene!

9. A Place of Suffering 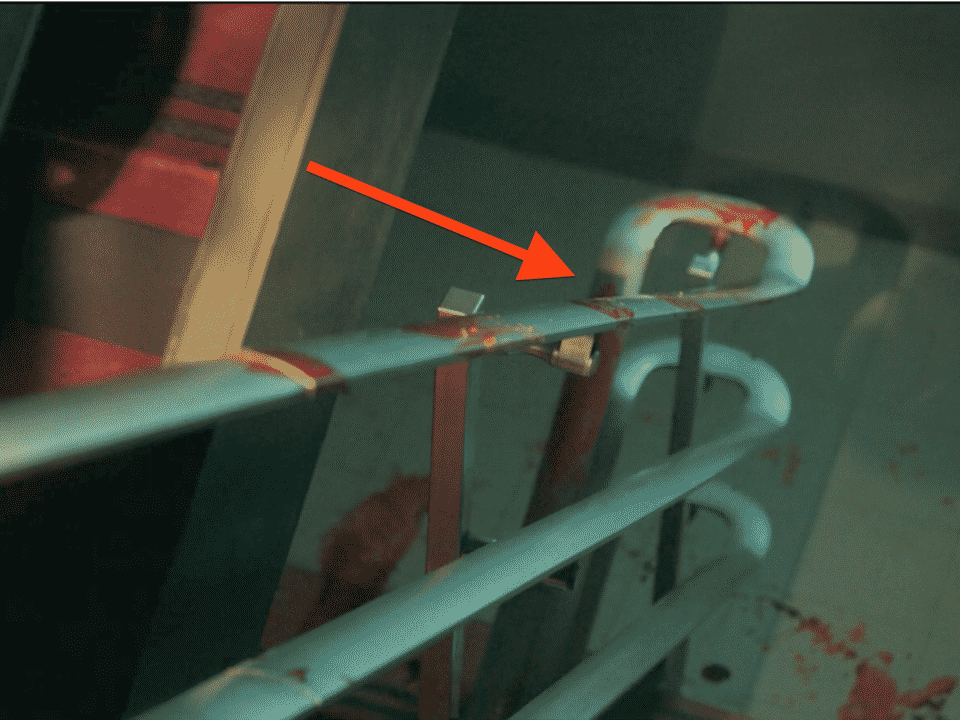 The staircase in Hopper’s flashback is the same one where Dr. Owens was found by him and Eleven. It is the Hawkins Lab staircase! 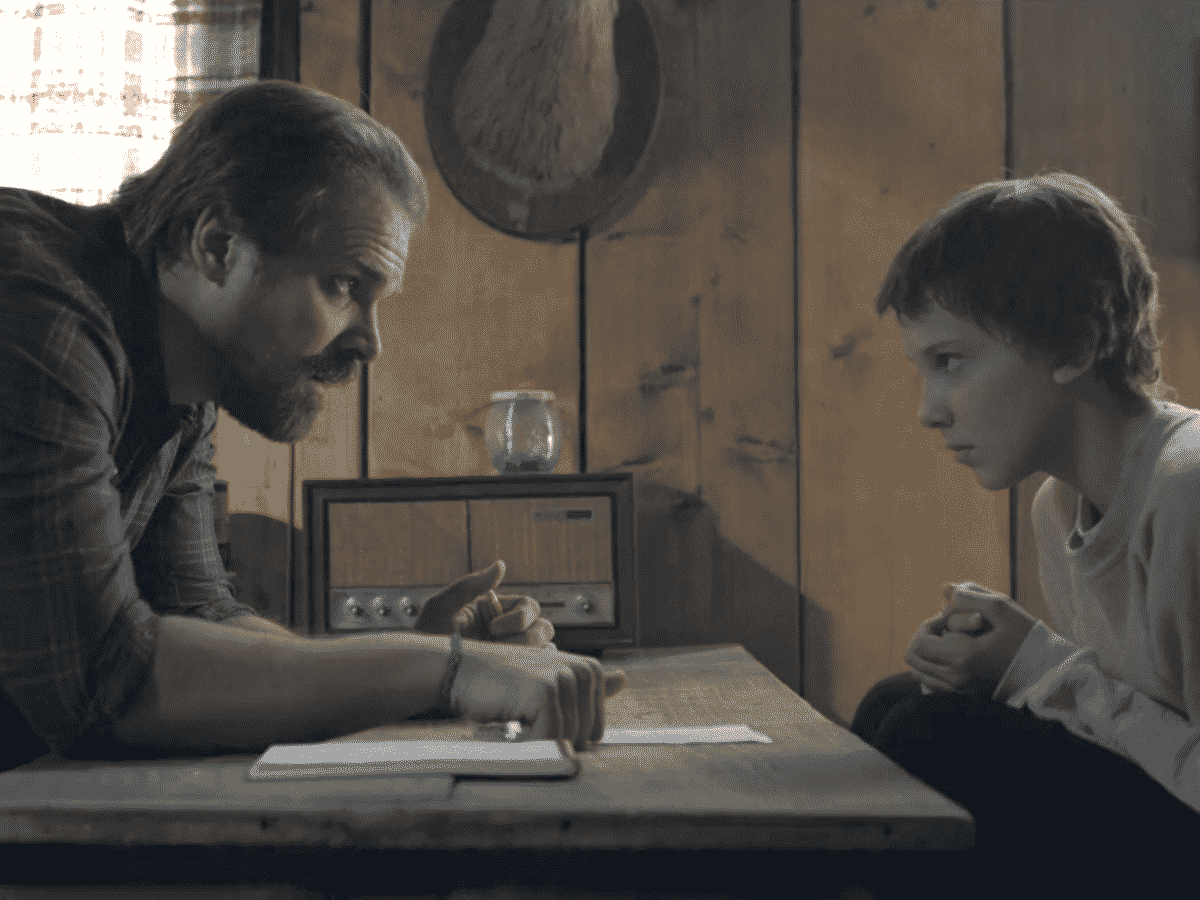 Everywhere we look, we see Hopper wearing his bracelet. We see both him and Eleven suffering from the loss of those who they loved: Sara and Eleven’s mothers. Connecting their pain, Hopper and Eleven create a new family and heal together. What Hopper does next with his hairband will melt your heart!

7. A Most Wonderful Present for the Snow Ball 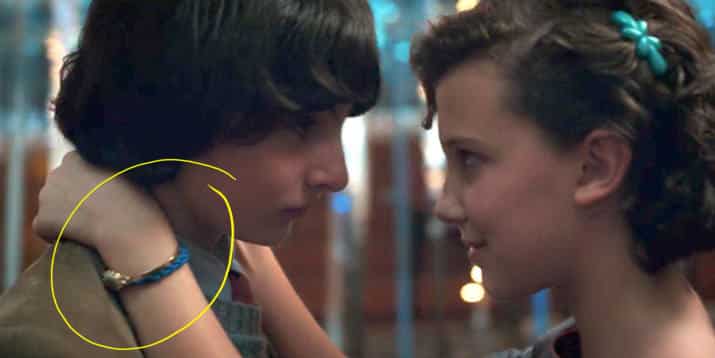 Eleven goes to the Hawkins Middle School Snow Ball with her friends and shows us the very important gift she has received from her adoptive father, Chief Hopper.

6. The Best Night Ever 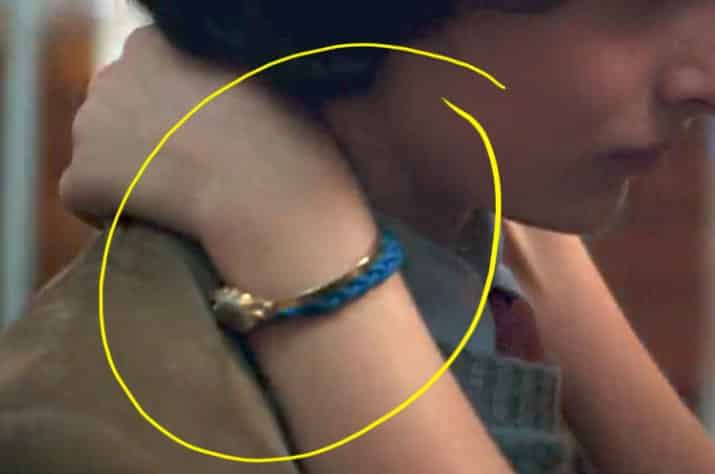 Hopper is a great adoptive father, although he finds it difficult to connect with Eleven at the beginning of the season. And while he is very worried about Eleven’s well-being, Hopper knows that he is raising a teenager with telekinetic powers. But how did he managed to adopt her?

In the last episode, Hopper receives a birth certificate for his daughter – Eleven – now called Jane Hopper, but has to keep it a secret for about a year to keep her safe. But the secrets are not over yet… 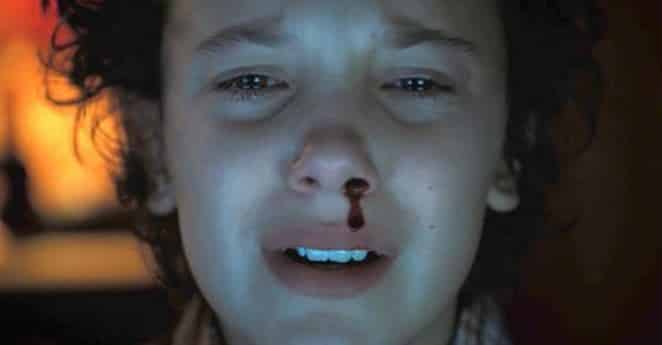 Dealing with the tragedies of the past is difficult, especially to someone who has so much power that is difficult to contain. On the next season, we will not only be worried about Eleven and Hopper, but also about the famous blue hairband! Check out the following details that you probably missed!

Notice the book Hopper is reading to Sara? We’re going to see it in Season 2 again when Hopper re-reads it in her memory. 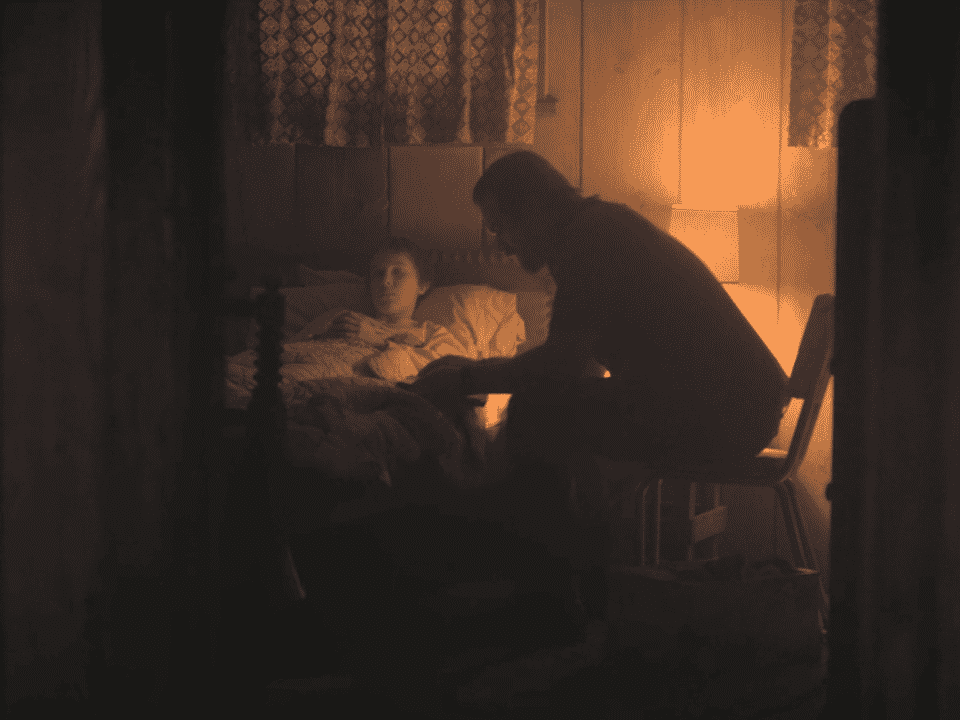 Hopper is reading a bedtime story to Eleven from the exact book he used to read to Sara in the ICU. He was reading ‘Anne of Green Gables’, and the passage we hear is about being an orphan. But Eleven won’t be an orphan forever!

1. Not an Orphan Anymore 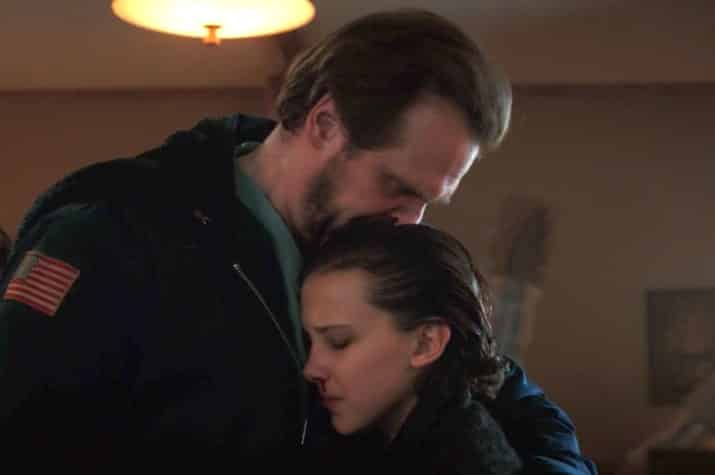 But Eleven wasn’t an orphan anymore, she had Chief Hopper as her adoptive father, and he will give anything to keep her safe. We hope they will be together in ‘Stranger things 3’.