The Shocking Secrets Behind The Greatest Magic Tricks

When we were kids, we all believed that magic is real. These performances look so amazing that they can’t be fake. However, as time passed on we realized that magicians are only skilled performers who excel in deceiving audiences. Even though magicians are adamant about not sharing the tricks of the trade, skeptical viewers managed to dig out these secrets and expose them to the world.

Nonetheless, everybody enjoys the feeling of being “deceived” by a magic trick and today we’re going to debunk the greatest ones of them! Also, make sure to check out #12 and #15 to see how ingenious these magicians can be.

20. The Oldest Trick in the Book 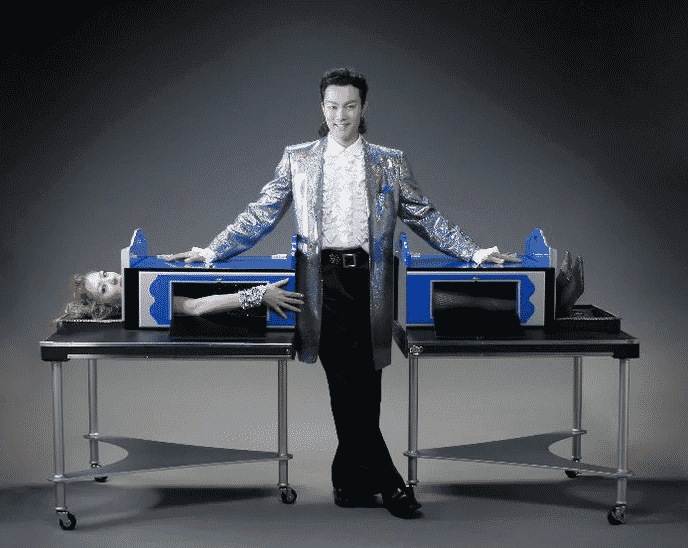 Magicians love to scare their audience by slicing their female hosts in half. There’s no need to worry for the girls since nothing ever happens to them. The long box that is cut in half contains two flexible assistants. Isn’t this trick amazing? Check out the next one to see how magicians create money from coffee. 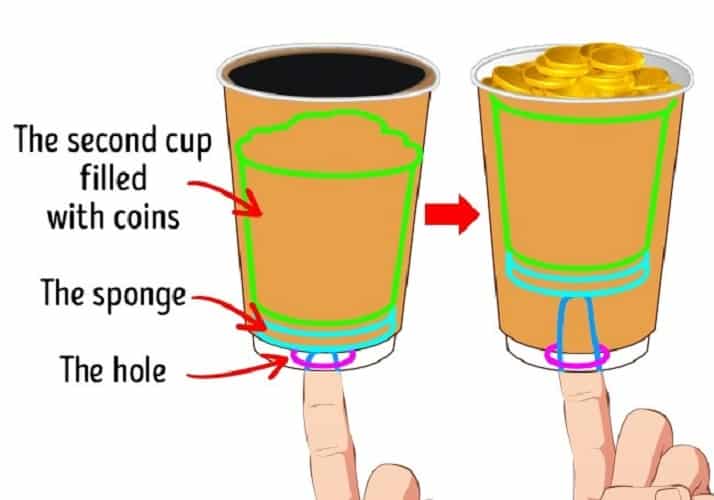 This trick is often used by street performers who record themselves giving money to homeless people using this magic trick. Sadly, they can’t actually make money out of coffee drinks. Now that would be a great skill to have. You won’t believe how this next trick makes it seem like magicians can float! 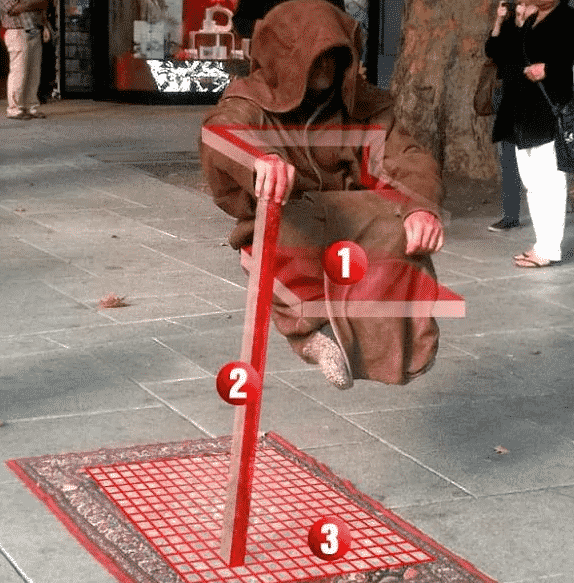 The reason this rather “simple” trick manages to fool people is because more than often they are not looking at the performer’s armrest and they are focusing on the fact that he is somehow levitating. If this magic trick never fooled you, then the next one surely did!

This trick shows us that magicians and engineers have something in common. The magician has a special mechanism strapped under his clothes which hides the sword’s tip and pushes a fake one from his chest. The upcoming trick will show you how to drag a pencil through a dollar! 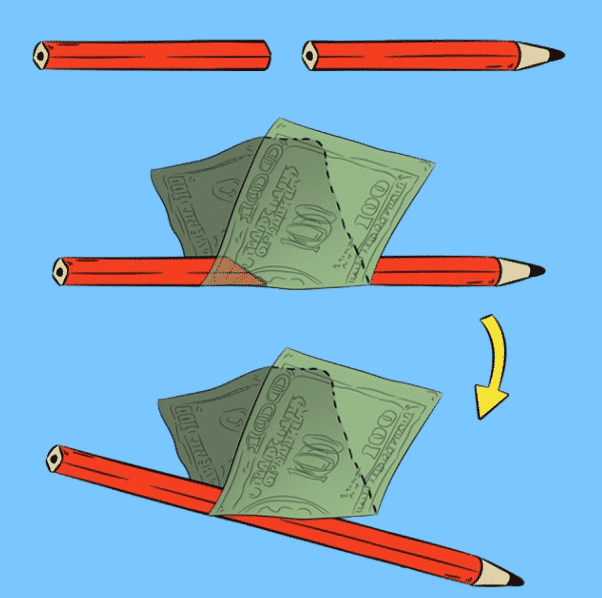 This trick was introduced to the world by David Copperfield himself. This trick requires a pencil that’s cut in half with two strong magnets on each side. This makes it possible for the magician to drag a pencil through a dollar without tearing it apart. Stick around because the next picture will show how famous singers use magic to their advantage. 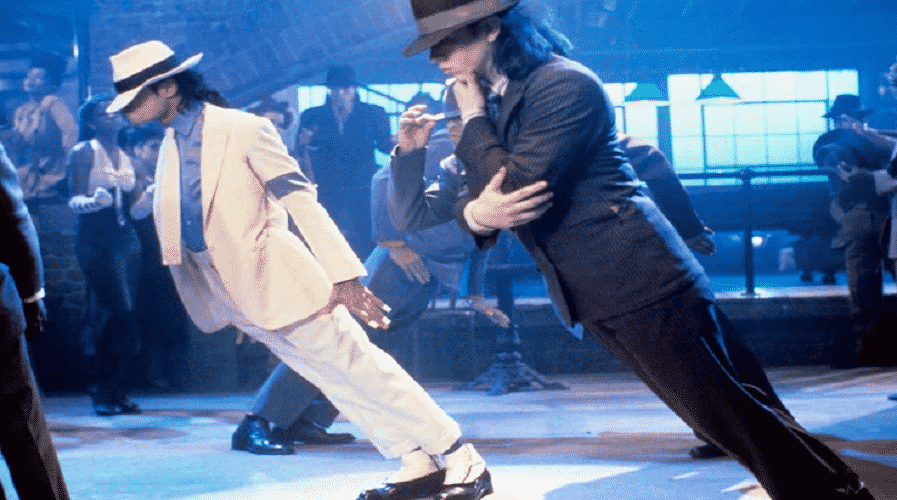 Michael Jackson shocked the world when he did his special “lean” move while shooting the video for Smooth Criminal. What many might not know is that he had a special pair of shoes which hooked to a nail that was pinned to the stage. This trick might not be that impressive, but the next one is! 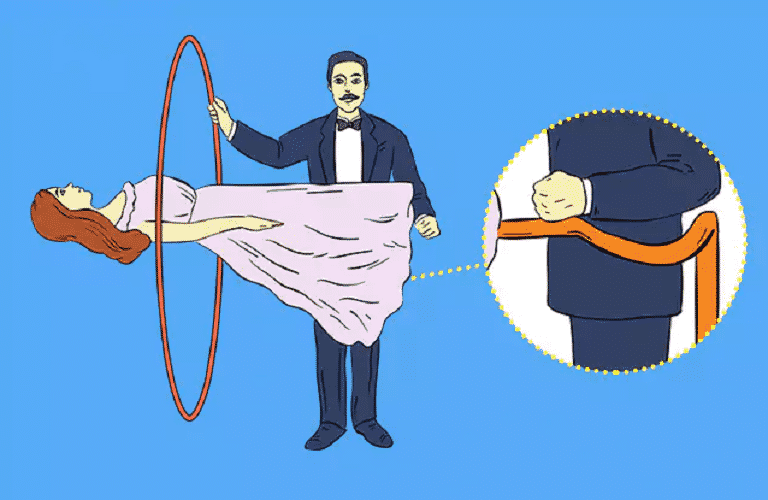 One of the coolest tricks that magicians pull off is when they take their female assistant and have her sit on the table, then remove the table which makes it seem like she is floating in midair. The magician even takes a hula hoop to show that she isn’t sitting on anything. However, the woman’s dress hides the secret as everyone can see in the picture. Check out the next picture to see how a man survived playing the Russian Roulette on live TV. 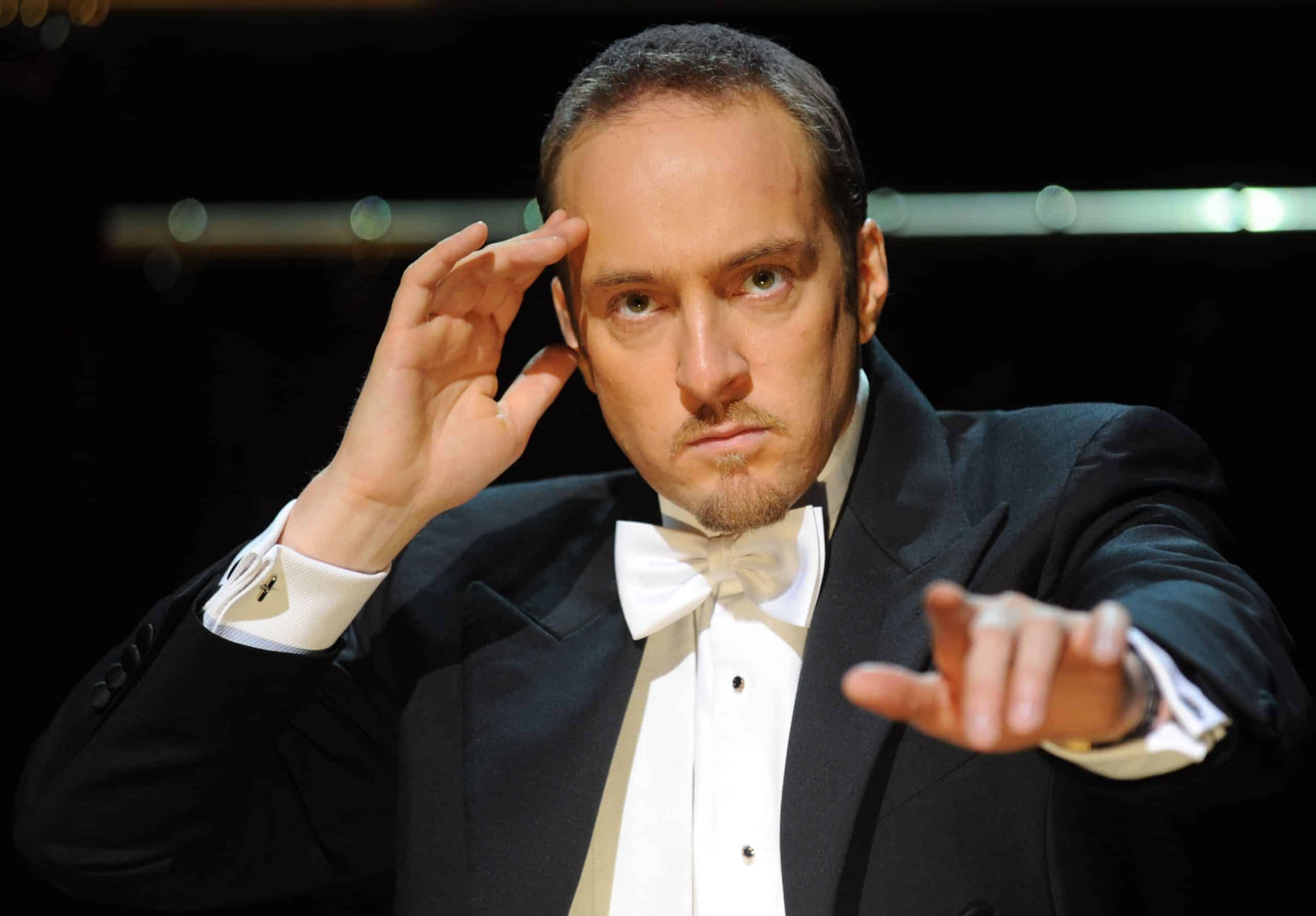 Back in 2003, Darren Brown went on live television where he performed a life-or-death performance. Darren Brown loaded a revolver with a real bullet and then called an audience member to countdown to six and he would shoot. Darren Brown managed to avoid the live ammunition by selecting a member from the audience one week before the performance and spending time with him to learn his tells.

This way, every time the audience member counted down to six, Darren would be able to tell in what chamber the bullet is. This trick is really risky, but the next one tops them all off. 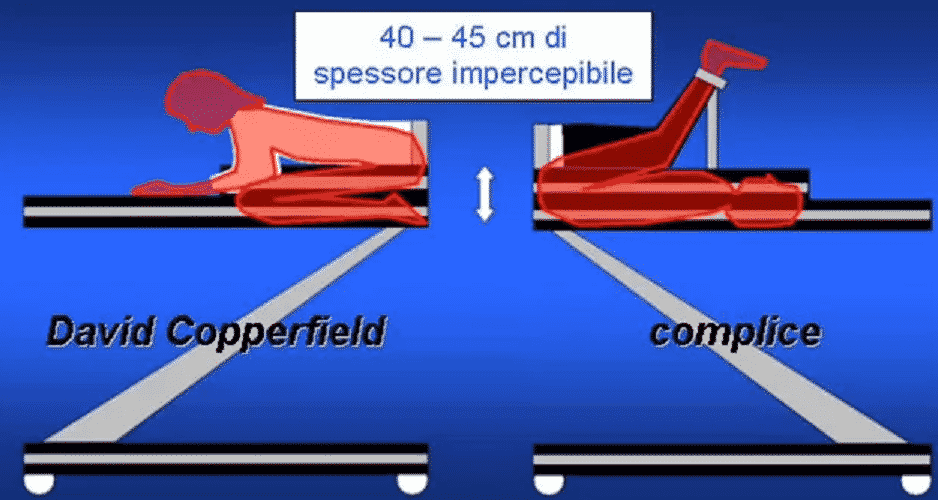 One of David Copperfield’s most famous magic tricks is the Death Saw. Copperfield would get on a table lying flat on his stomach while a running saw blade was coming towards him. After the magician was cut in half, his assistants would push him back together and he would simply get up. Isn’t it amazing how ingenious these magicians can be? Take a glance at the next picture if you want to know how to pluck cards out of thin air. 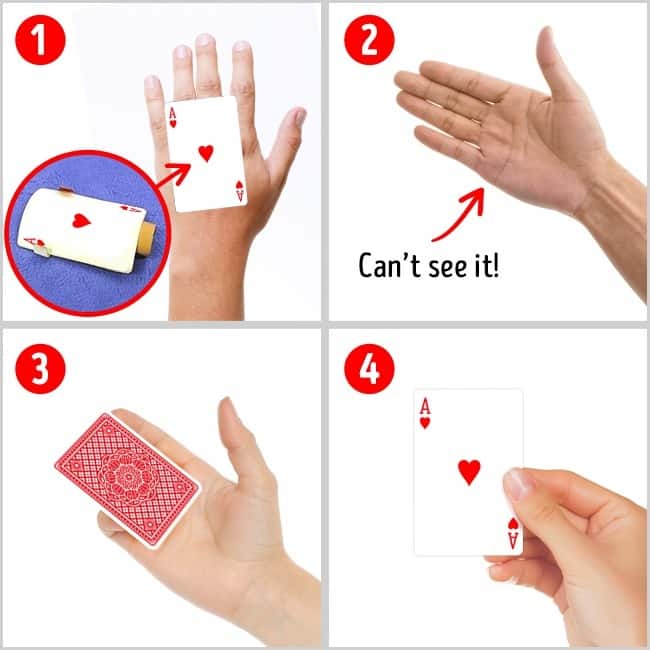 Magicians love to play with cards and there’s no doubt about that. In fact, every magician knows a couple of card tricks and this one is the most popular one of them. All you need is a special card holder and you can do this trick too! But what about the next one? 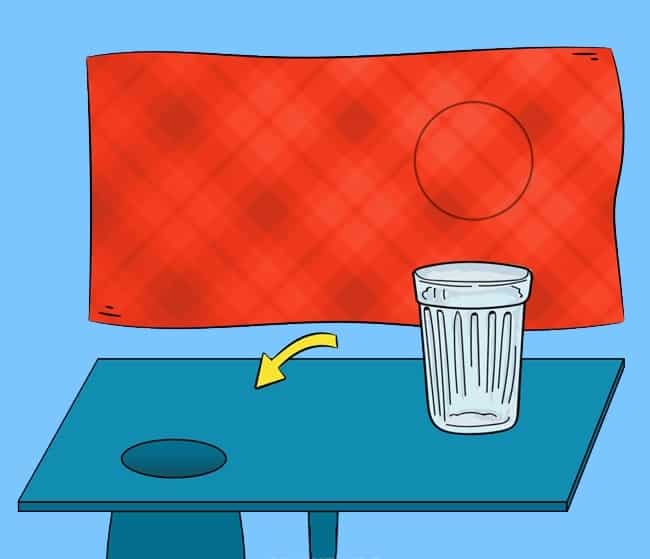 Magicians love to pull this trick off! They take a glass of water, cover it with a handkerchief and then drop it over the glass which then vanishes into thin air. The reason why magicians love performing this trick is because its rather easy to do and it doesn’t require that much skill, only a special table. Ever wondered how magicians catch bullets with their mouth? If you answered yes, then you need to see the next picture!

9. Catching Bullets with Your Mouth 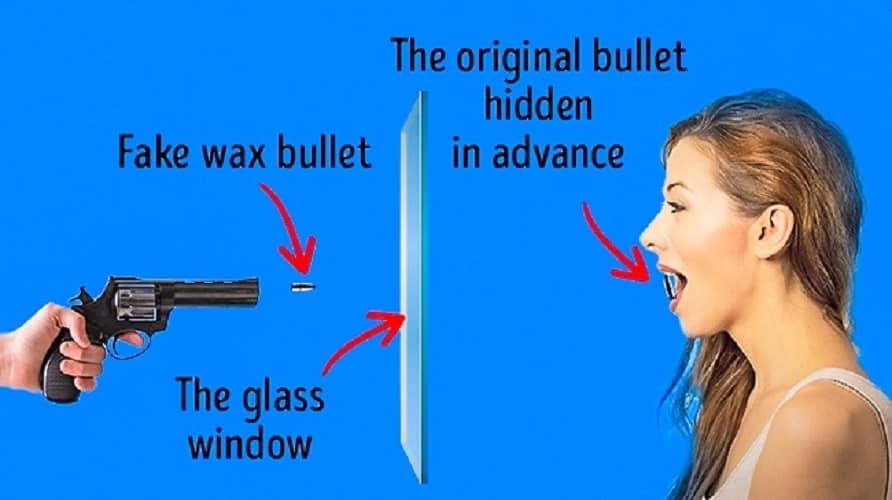 When this trick starts, the magician asks an audience member to sign a real bullet. After the bullet is signed, the magician quickly passes it off to his assistant and then loads the gun with a wax bullet replica. When the gun is fired, the wax replica melts off and the assistant “magically” spits out the signed bullet. Get ready because the next trick will teach you how to swallow huge balloons! 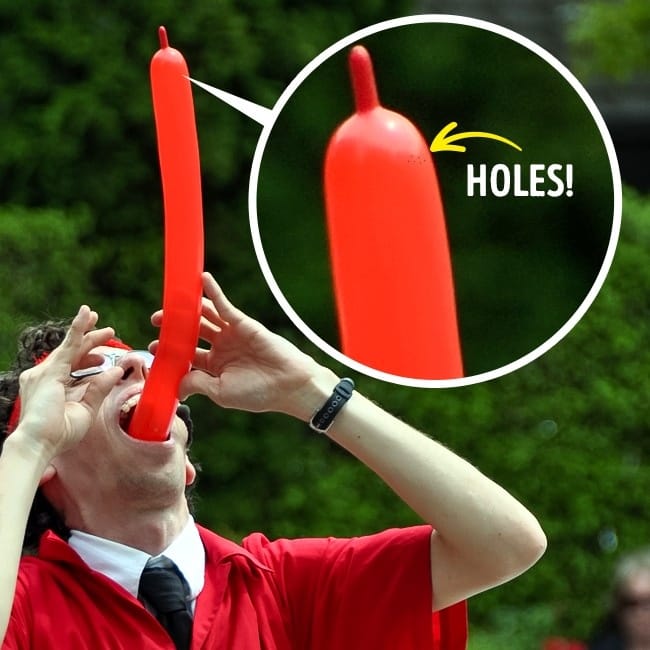 As you can clearly see in the picture, the balloon has some tiny holes in it. This way, the balloon starts losing air once the magician starts pressing it against his tongue.

7. Cutting a Human in Zig-Zag 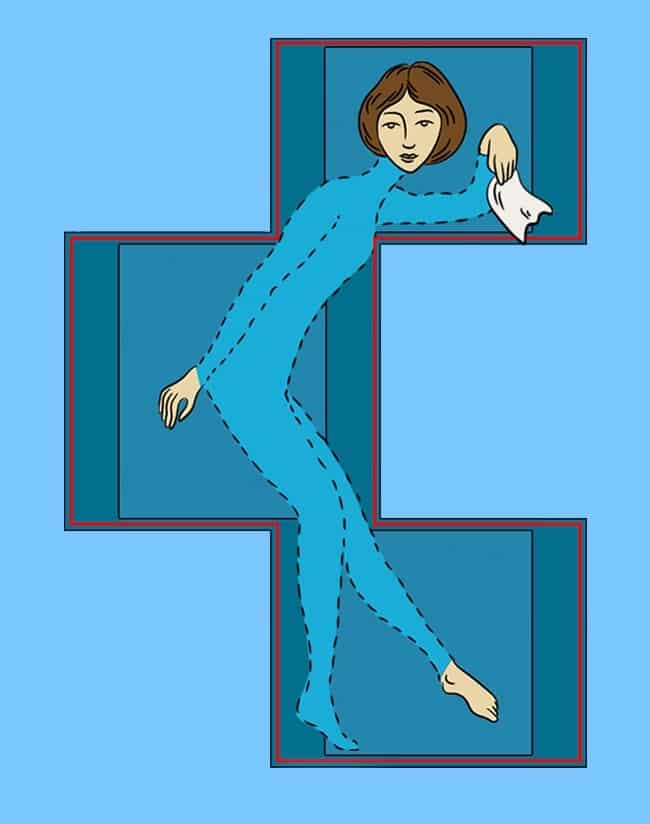 6. Pulling a Rabbit Out of a Hat 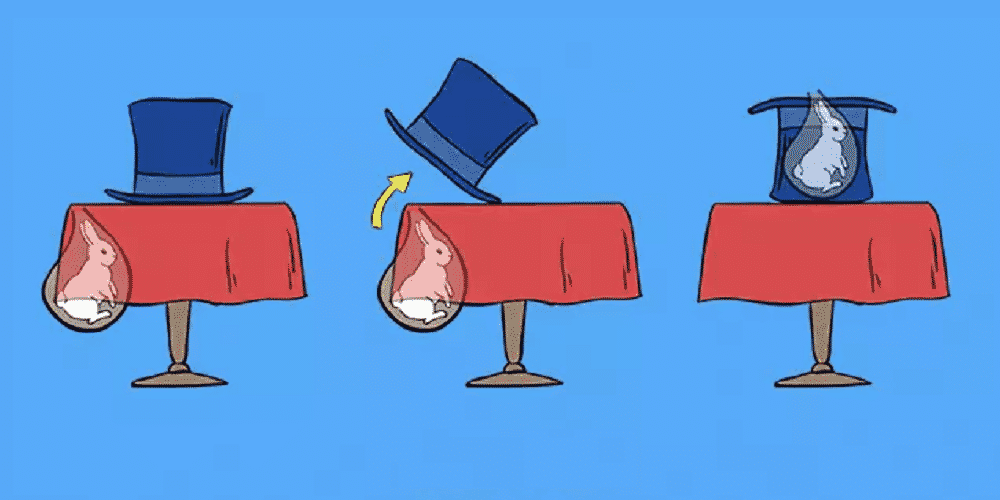 This is one of the oldest tricks ever and people are still amazed whenever they see it. The secret here is to get a rabbit and hide it in a s*** beneath the table cloth and cut a hole in the table. All that’s left now is to place the hat over the hole and grab the rabbit! The next trick involves a beautiful assistant and a saw! 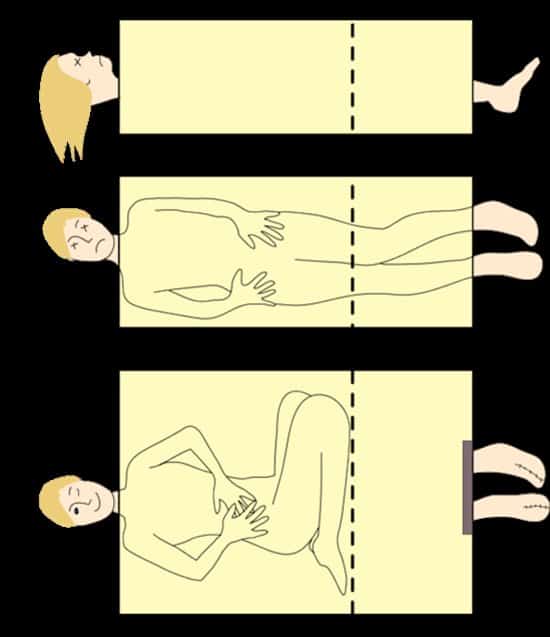 Is it just me or does it seem like magicians love to cut people in half? As the featured picture shows us, the assistant is doing all the work here. However, the special box is what makes this trick so believable! Stick around because the upcoming trick shows how well magicians master the law of physics.

4. Getting Run Over by a Truck 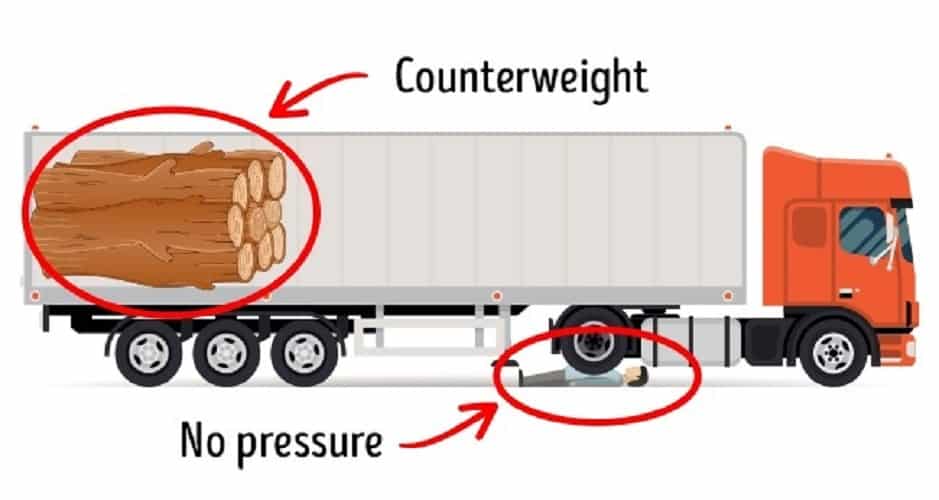 Magicians need to have an expert-level knowledge of physics to create some of their amazing tricks. This performance is a great example of that. The weight is carefully placed so that there’s no pressure at the middle of the truck, the wheels simply roll over the magician. 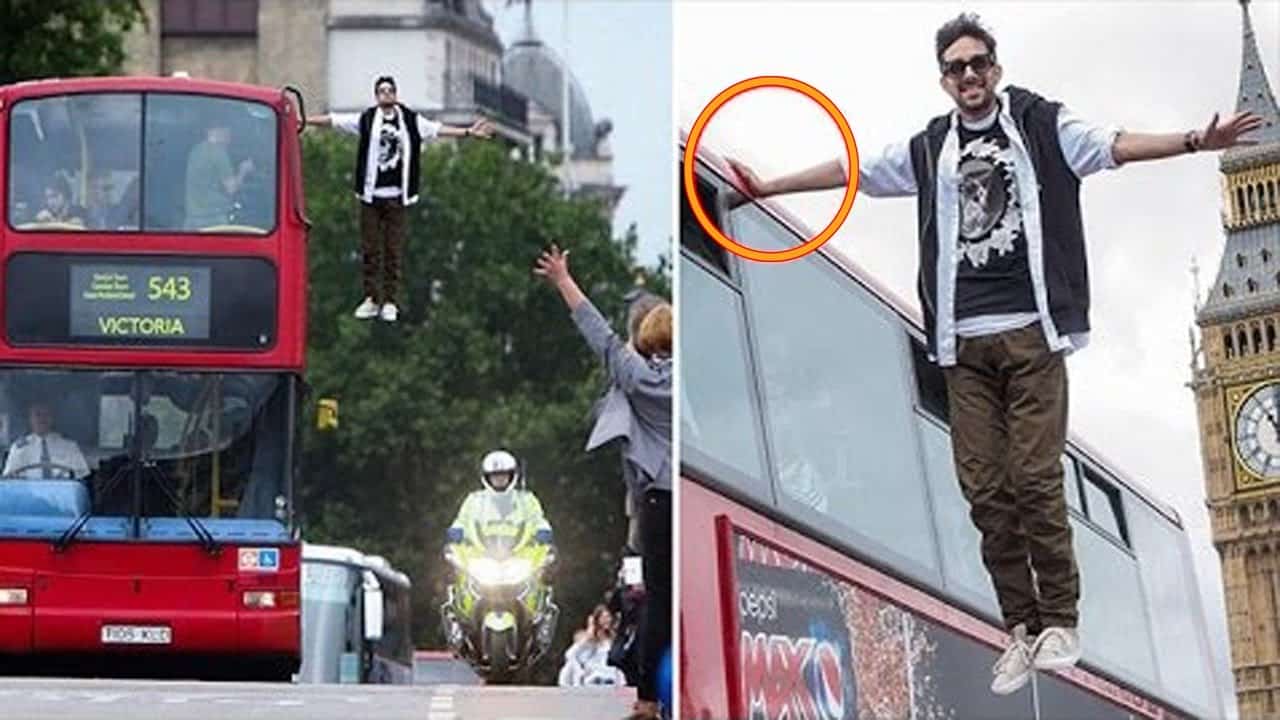 While it might seem like Dynamo has incredible strength in his right hand, he is actually being held up by a body harness that extends over to the bus. The trick lays in the camera angle which never shows his backside. Regarding strength, the upcoming picture will reveal how magicians metal bend spoons with their fingers. 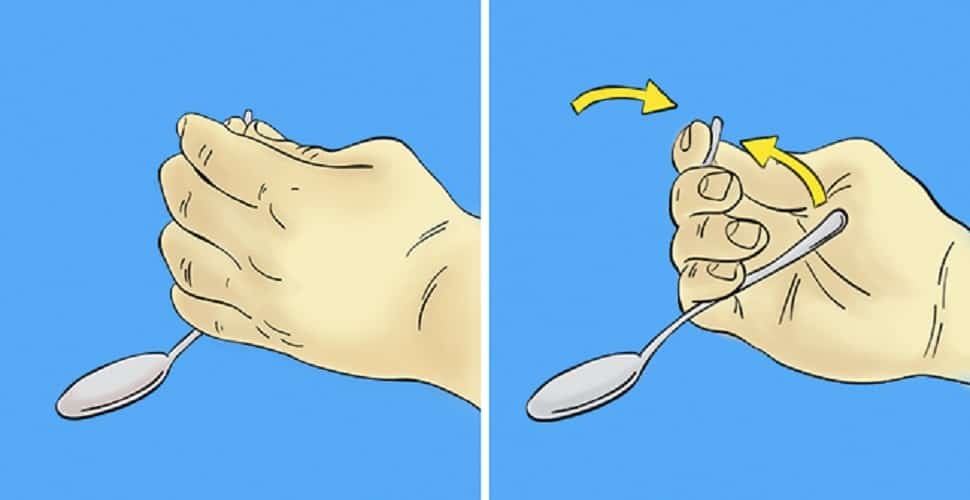 Magicians will insist that they are bending spoons with the power of their minds. However, this is not the case since they are actually hiding a silver coin in their palm which makes it seem like the magician is toying around with the spoon’s handle. Finally, get ready because the following picture will reveal the biggest magic trick of all time! Be ready to be shocked!

1. Making the Statue of Liberty Disappear 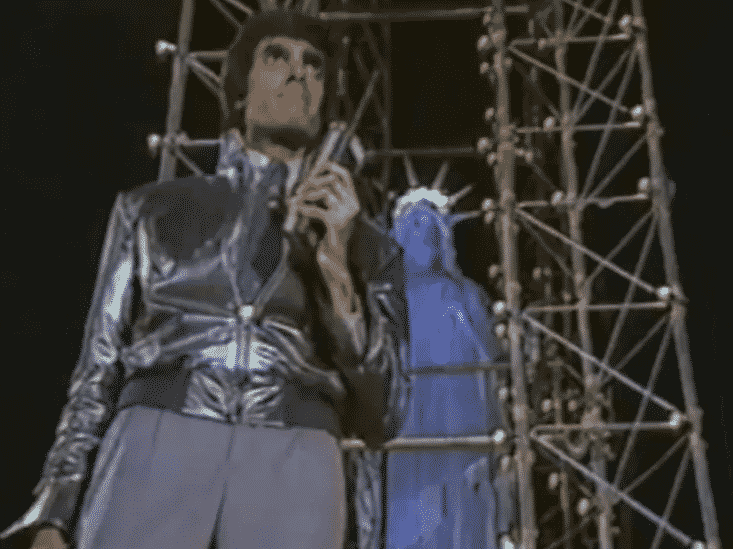 Back in 1983, the famous David Copperfield managed to make the Statue of Liberty disappear in front of a live audience and live television. This is the most famous magic trick ever but finally, David Copperfield’s secrets have been revealed. 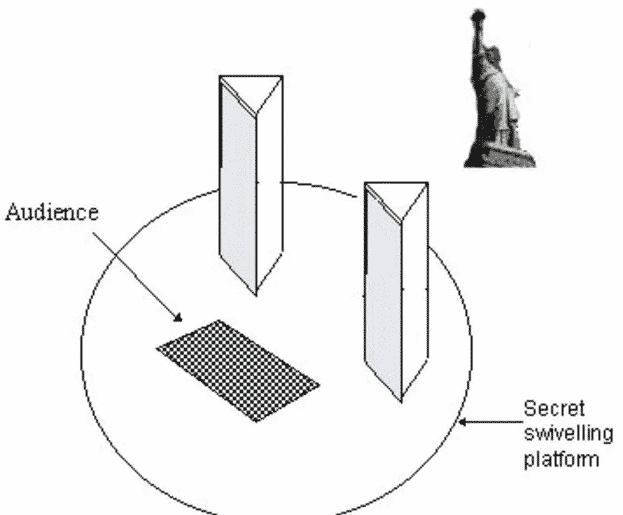