Winning the lottery is everyone’s dream. I bet all of us imagined at least once about what would they do if they won the lottery. Would you buy yourself a Rolls Royce? A huge mansion by the lake? I know I would. Not only that but winning the lottery would also help people get rid of all their money-related issues and they would never have to worry about paying bills ever again.

Even though playing the lottery is basically gambling against impossible odds, some people still get lucky and win hundreds of millions of dollars. You won’t believe how much money some of these people win. In fact, they probably don’t have enough room to stuff all their cash in their newly purchased houses. With that being said, let’s check out the biggest lottery winners of all time and how they managed to WASTE all of their money. While playing the lottery can result in a huge windfall of cash, you should also consider the cost of buying a ticket really does add up over time. An alternative is to sign up for Yotta Savings. It’s a bank that gamified savings. Designbump.com has a great writeup titled Yotta Savings Review. 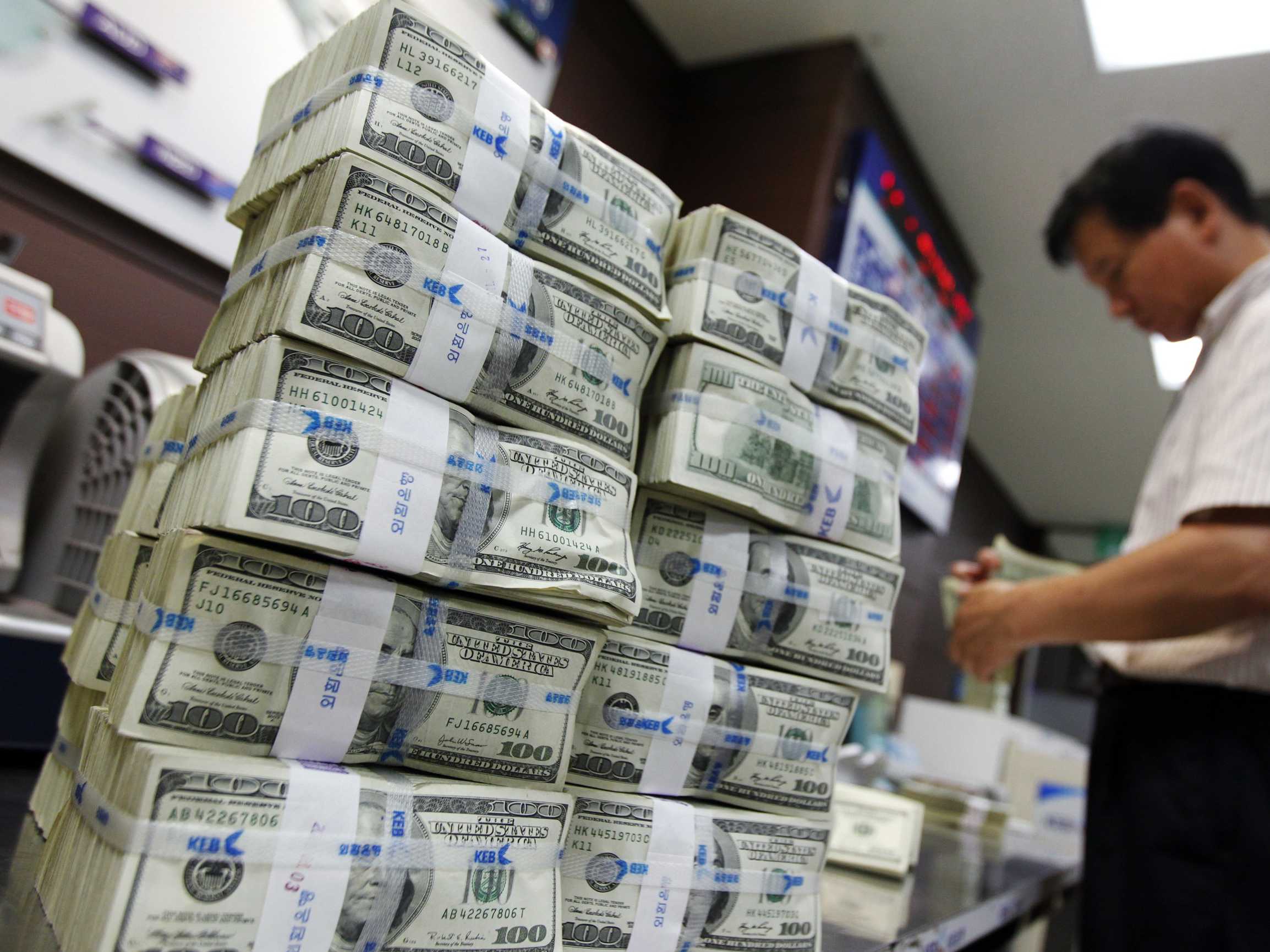 There are many places where co-workers get together and buy lottery tickets. This is usually a fun activity, and no one expects to win anything. However, this fun activity proved to be a life-changing event for seven co-workers from Albany, New York who won and split $319 million among themselves.

In addition, five other coworkers didn’t want to play that round of Mega Millions Lottery and are now regretting it. Those five coworkers will regret this decision for the rest of their life.

Check out the next picture to see how a man managed to double his lottery winnings, in one day!

19. Winning the Lottery Twice, in One Day! 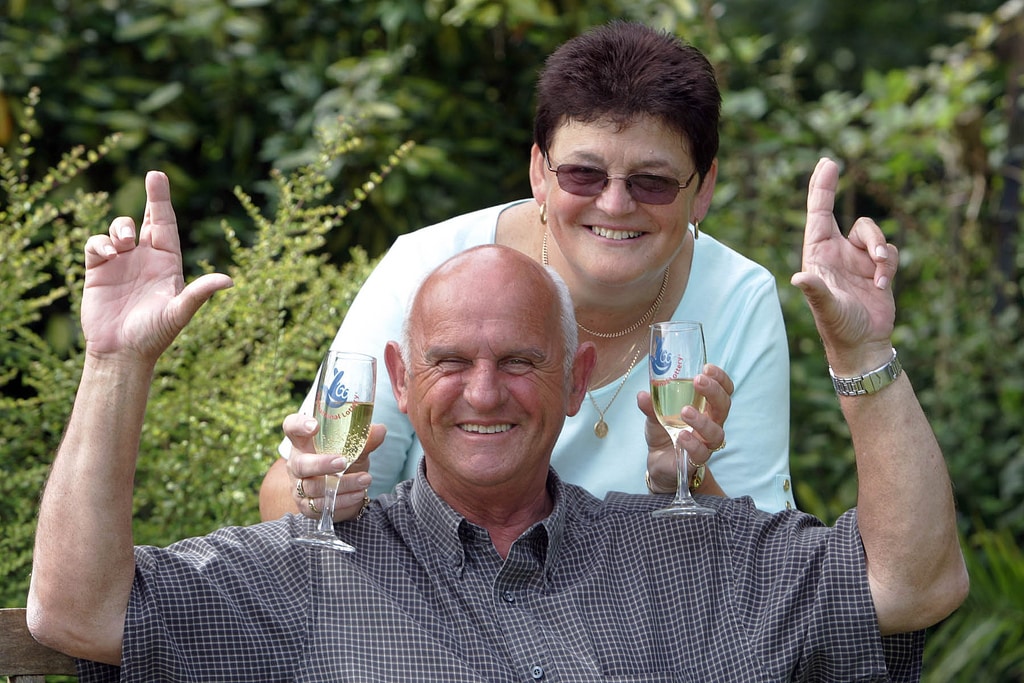 Derek Ladner is a 57-year-old man who suffers from absent-mindedness. While this health issue is usually causing him problems, it’s also what helped him win the lottery twice, in one day! Derek Ladner and his wife were two of the five people who won the £2,395,710 jackpot.

However, Derek Ladner’s day got even better when he remembered that he bought the same ticket, with the same numbers twice because he forgot about it the first time. If this story sounds crazy, then you won’t believe how lucky the man from #15 got! 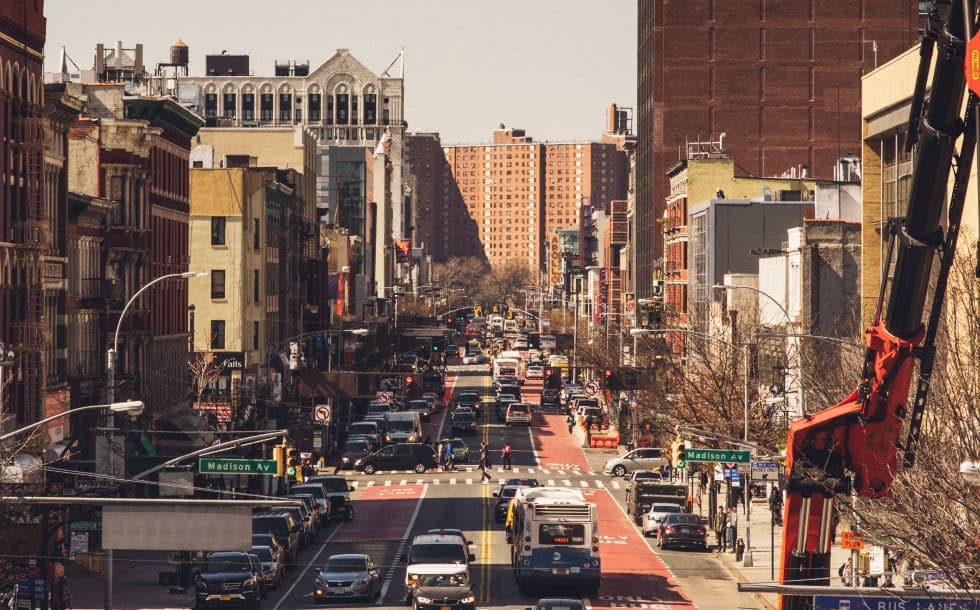 Jimmy Groves, a broke man from the rough streets of Harlem got lucky and scored half of the $336 million lottery jackpot. He split his money with Kevyn Ogawa from California who picked the same numbers. While this might seem like a “from rags to riches” story for mister Jimmy Grooves, this wasn’t the case. You won’t believe what happened to him after winning the jackpot!

17. Dream Turned Into a Nightmare 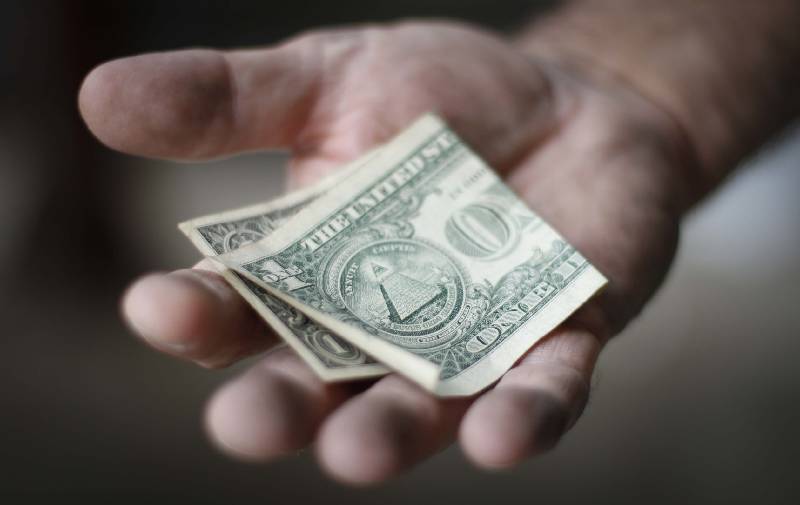 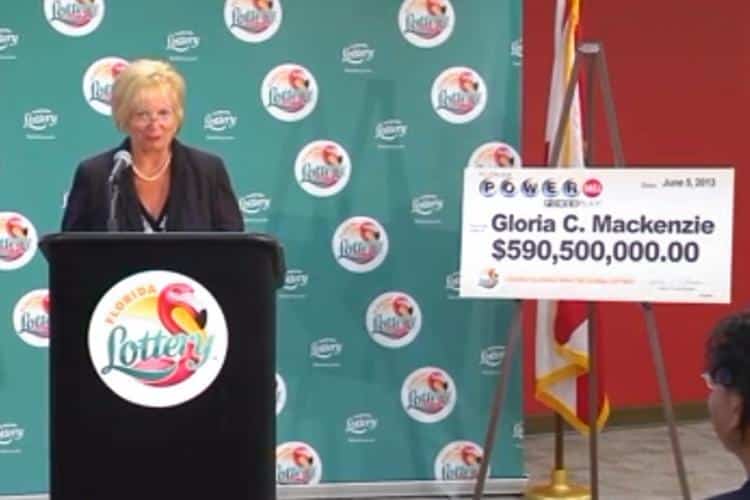 Cutting in line is an awful thing to do and its frowned upon. However, this didn’t matter to Gloria Mackenzie who cut ahead of the line at the local supermarket and purchased the winning $590 million U.S. Powerball! While some people might get angry at me for cutting in line, I would gladly do it for $590 million. Sadly, not all lottery winning stories have happy endings, just like the next one from our list.

15. Winning $16.2 Million and Getting Sued by Everyone 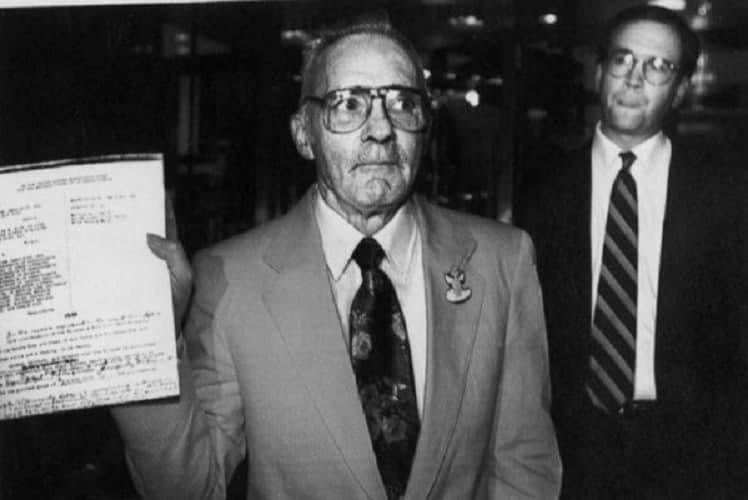 Back in 1988, William “Bud” Post got lucky and won $16.2 million. Sadly, everyone he knew started looking for ways to steal his money instead of congratulating him. One of his girlfriends sued him for a share of the winnings and won. His brother got arrested for hiring a hitman to kill him and to inherit his fortune.

Things don’t end here because all of his other relatives kept annoying him to lend them money. While this jackpot winner’s story might be sad, the next one is definitely heartwarming. You will be surprised to find out what this family did with their lottery winnings. 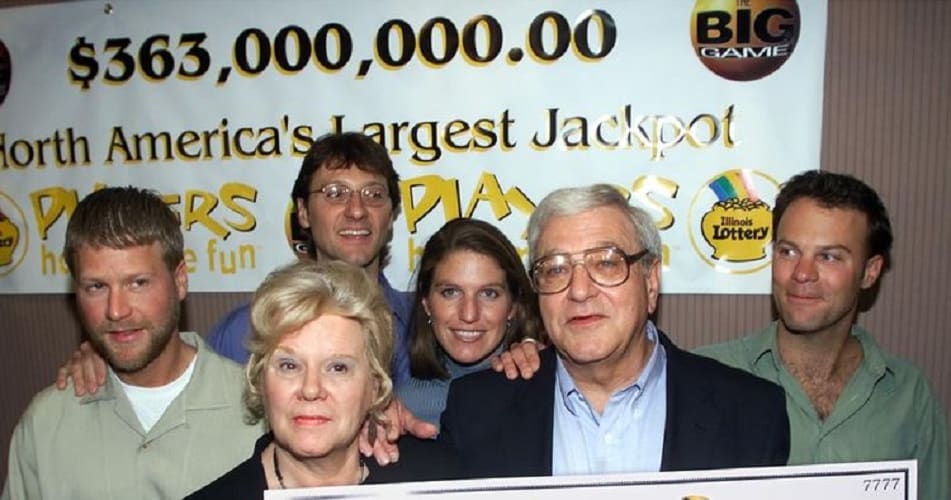 While anyone would instantly go out and buy themselves an expensive car after winning the jackpot, this is not what the Kainz family did after splitting the $363 million jackpot with Larry and Nancy Ross. Instead of spending their money on luxuries and expensive cars, the Kainz family decided to simply fix their leaky roof. The couple paid off their debts and invested some money in a family brewery. Now, this is how to make sure you won’t have to worry about money for the rest of your life.

You know who else doesn’t need to worry about money? The next family! 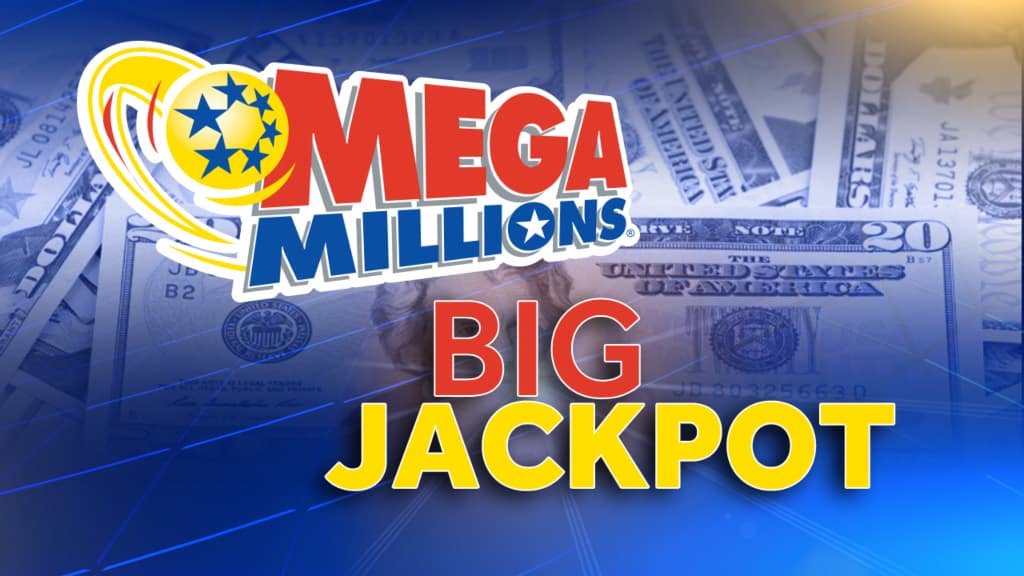 The Greene family from Illinois got lucky one day and won half of the $331 million jackpot. When the interviewers asked the Greene family what they want to do with their money they said that they are thinking about buying a new house and car. However, they can afford so much more than that! Winning half of the $331 million jackpot is cool, but you know what’s cooler? Check out the next picture and see for yourself. 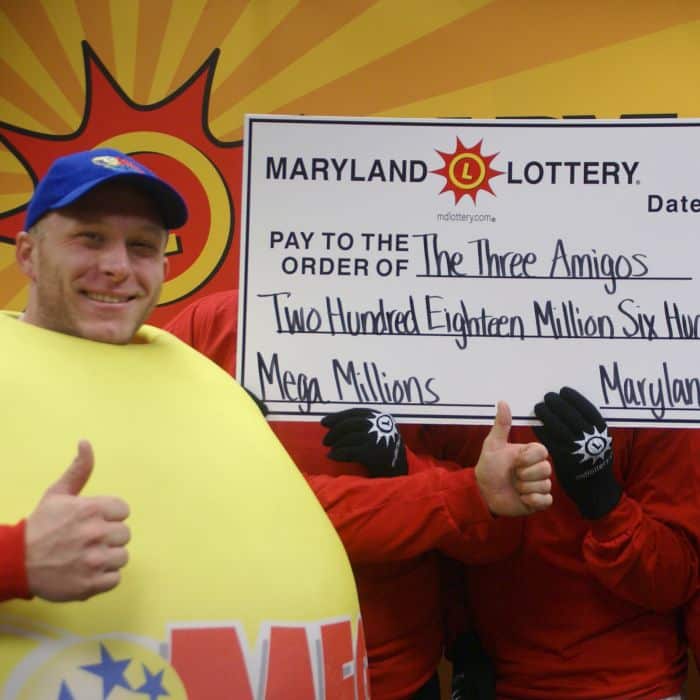 Three teachers from Maryland, Milford Mill and an anonymous winner from Otawwa split the $656 Mega Millions jackpot. This means that they all got $218.6 million each. Seeing how much money these lucky people are winning makes me think that I should purchase more lottery tickets. While winning $219.6 million might be amazing, this next Scottish couple managed to win an even bigger prize! You won’t believe what they did with the money! 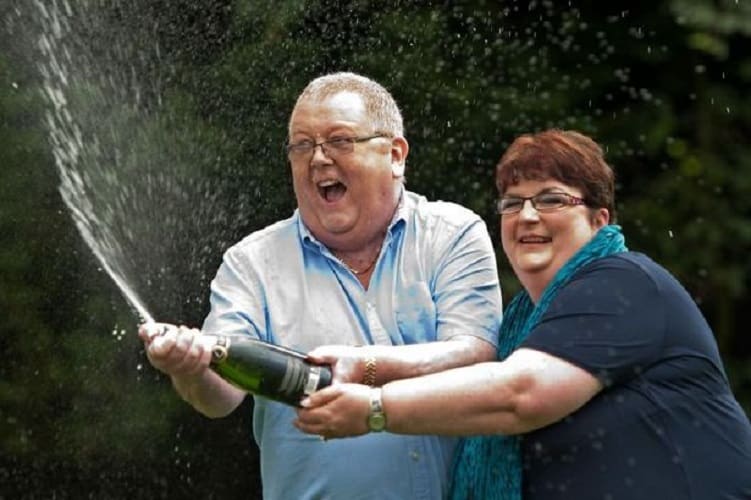 Colin and Chris Weir are the lucky winners of the biggest jackpot in the UK. Their winnings are worth £161 million which converts to $212.6 million. The first thing they did right after hitting the jackpot is going to shock you! 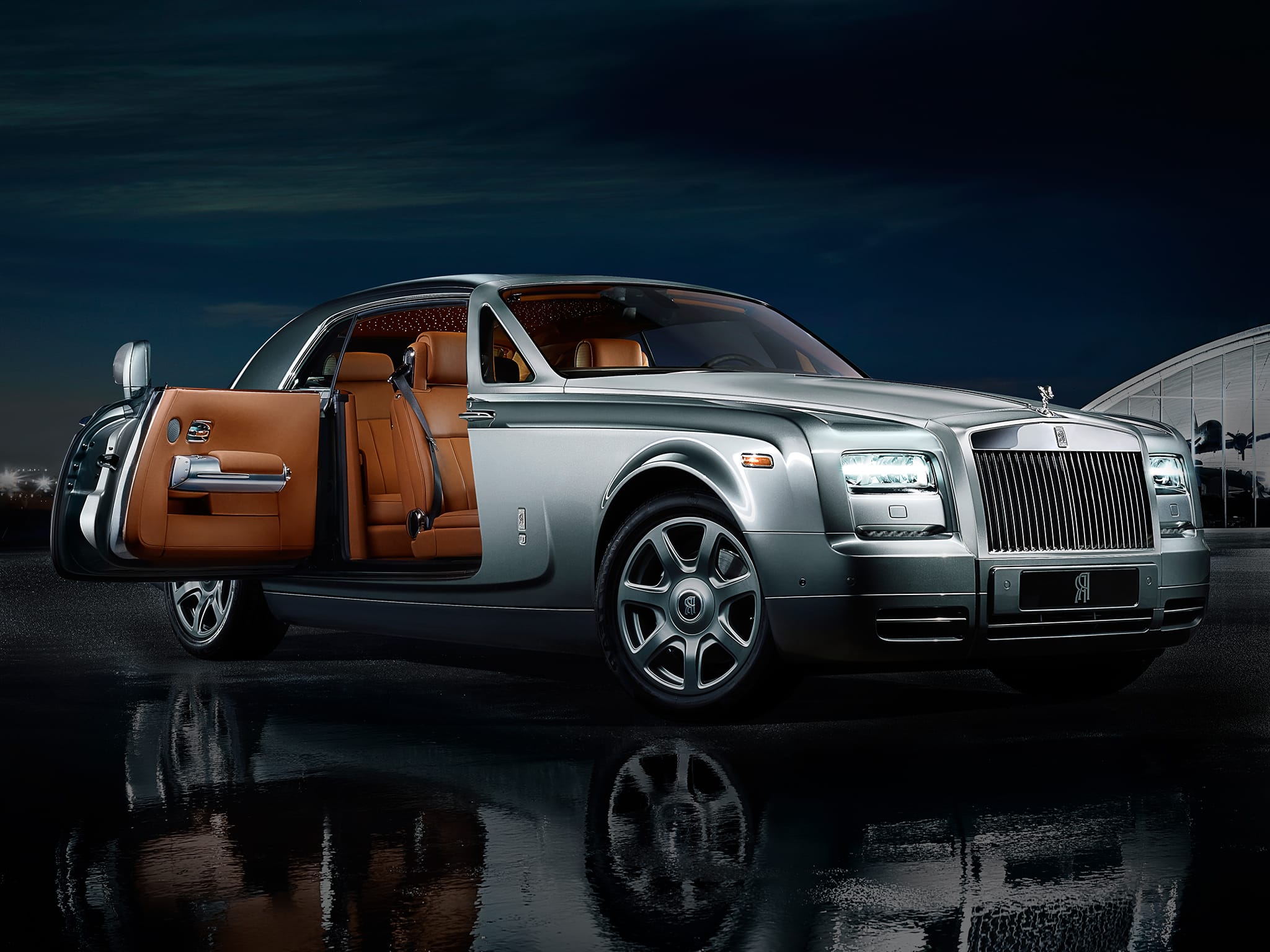 After winning the $212.6 million jackpot, Colin and Chris Weir found out they have expensive taste. The couple spent a large part of their fortune on a huge mansion and a brand-new Rolls Royce! However, they did not forget their community and they purchased this next thing for their friends… 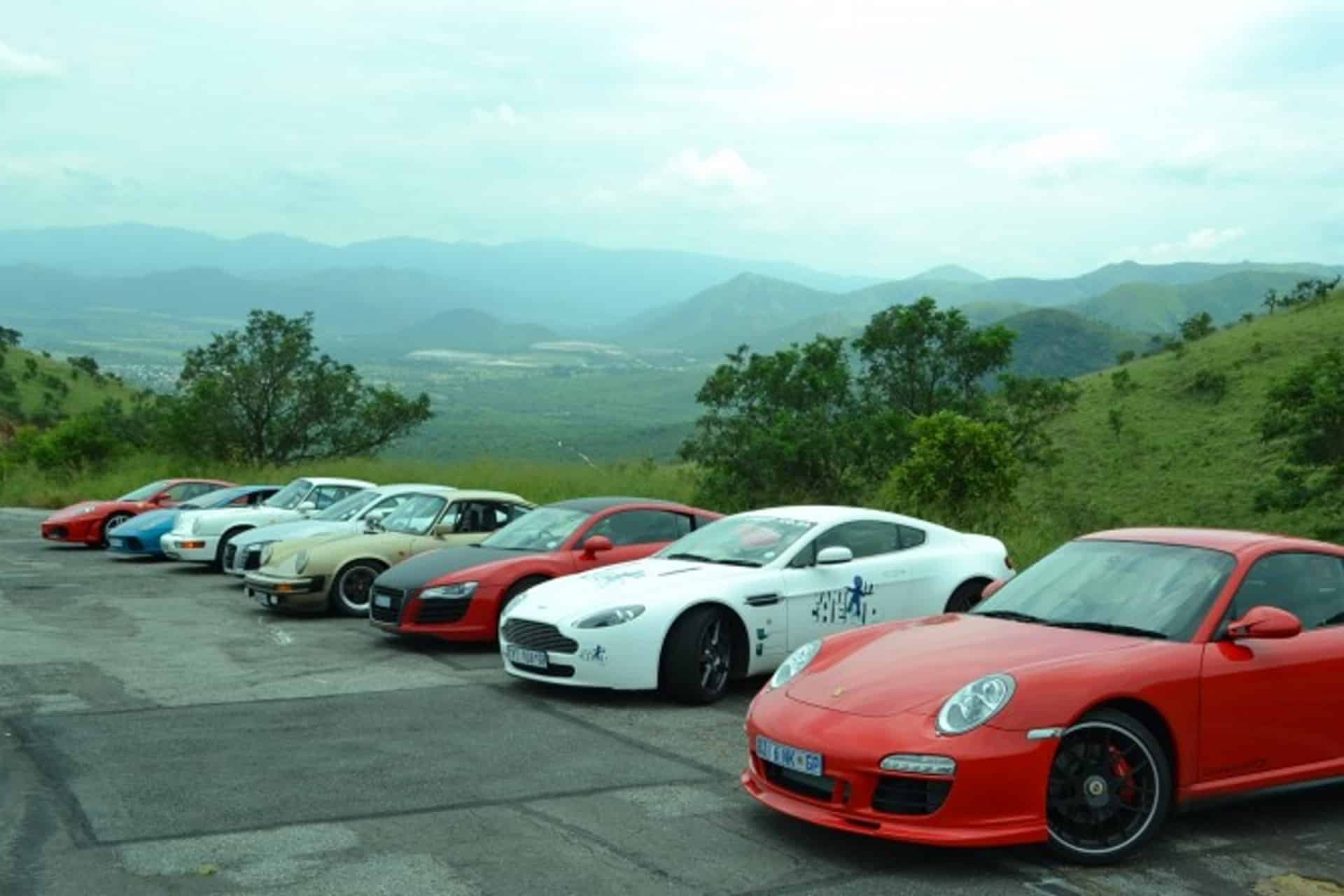 Colin and Chris Weir did not forget about their friends because they decided to purchase a bunch of expensive cars for them. I think it’s safe to say that everyone wishes for friends like Colin and Chris. If you think this couple is wasting their money, then you need to get ready for what’s coming next. 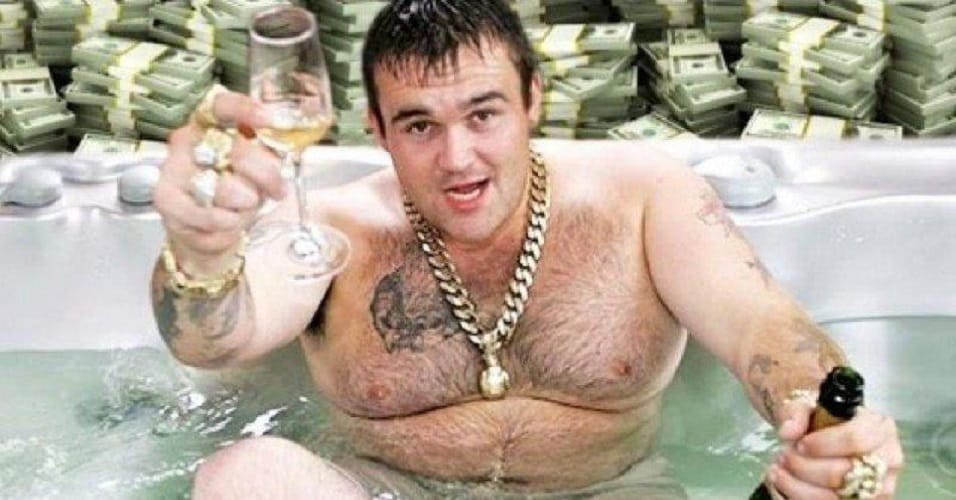 Michael Carrol won £9.7 million back in 2002. However, things didn’t turn out well for the young man since after a couple of years he filed in for bankruptcy. Michael Carrol was not that wise about how he spent his money. Just look at the next picture to see how Michael Carrol decided to throw his money away. 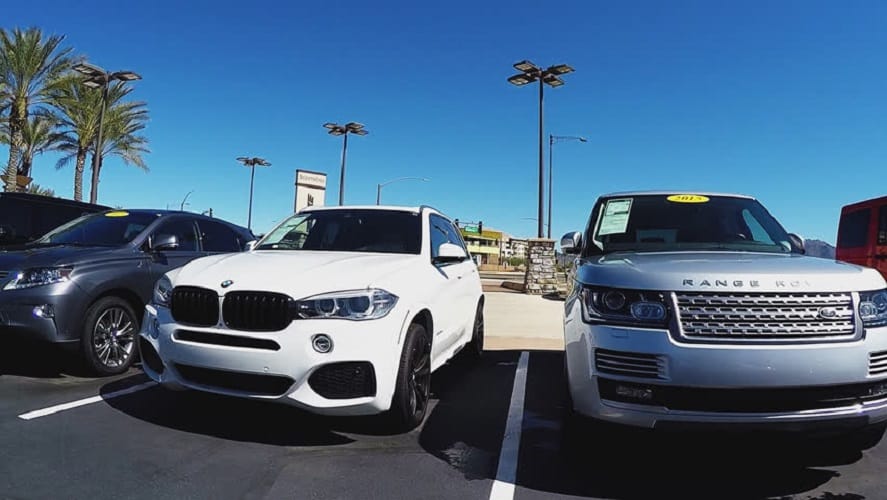 Things started going downhill right from the moment Michael Carrol won the lottery jackpot. According to him, the first thing he did was to spend £400,000 on cars. He then purchased a £325,000 house and lost £1 million in gambling. While Michael Carrol was not that smart about investing his money, this next guy is!

6. Winning a Share of $319 Million and Buying a Water Park 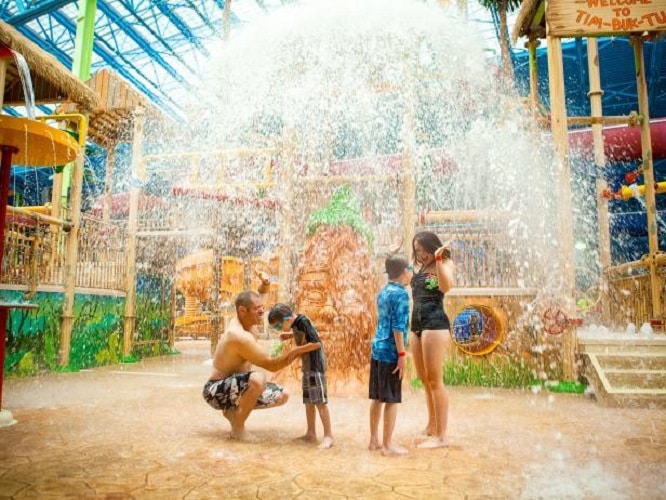 John Kutey got lucky one day and won a share of the $319 million prize from the Mega Million Lottery. He decided that he didn’t want to waste his money and to invest in something that he loves. This is how John Kutey ended up owning his own waterpark! If you think the way this man spent his lottery money is amazing, then you really need to see what the next lottery winner did with his money. 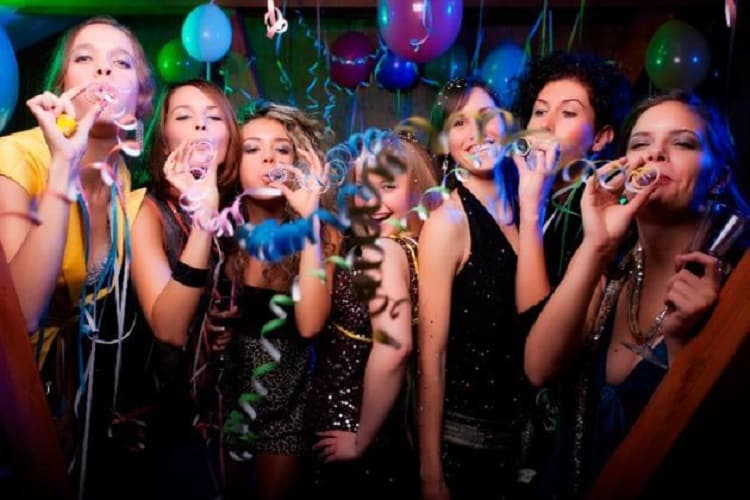 Gerald Muswagon thought his life is going to change after winning $10 million dollars. However, things didn’t go according to his plan since he got carried away and spent the prize money on parties. 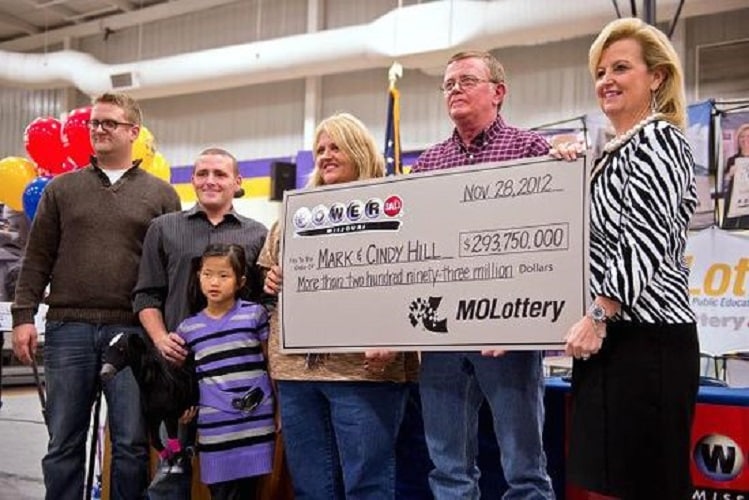 Two families from Missouri and Arizona split $587.5 million between each other. This is one of the biggest Powerball wins ever and we can be sure that these two families are set for life. Check out the next picture to see how three families managed to score an even bigger jackpot!

3. $656 Millions in Maryland, Kansas and Illinois 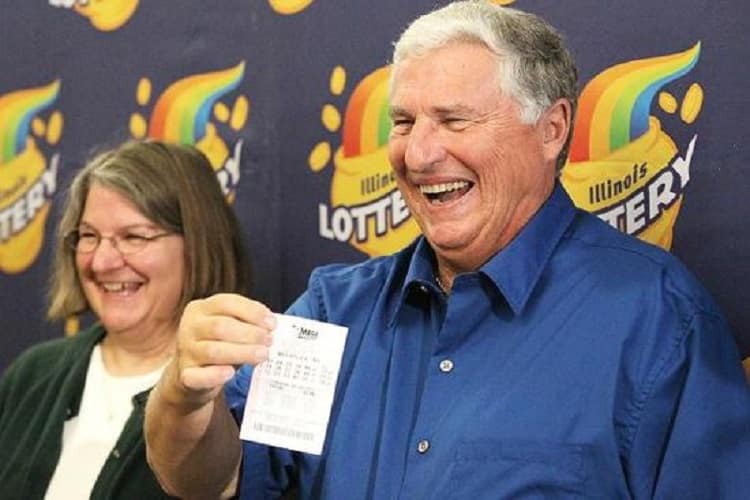 While the previous jackpot was split between two families, this one involves three winners! Back in 2012, Merle and Patricia Butler (shown in the picture) shared $656 million with two other families. While $656 is an enormous sum, in 2017 a woman got lucky and became the only recipient of an even bigger sum. 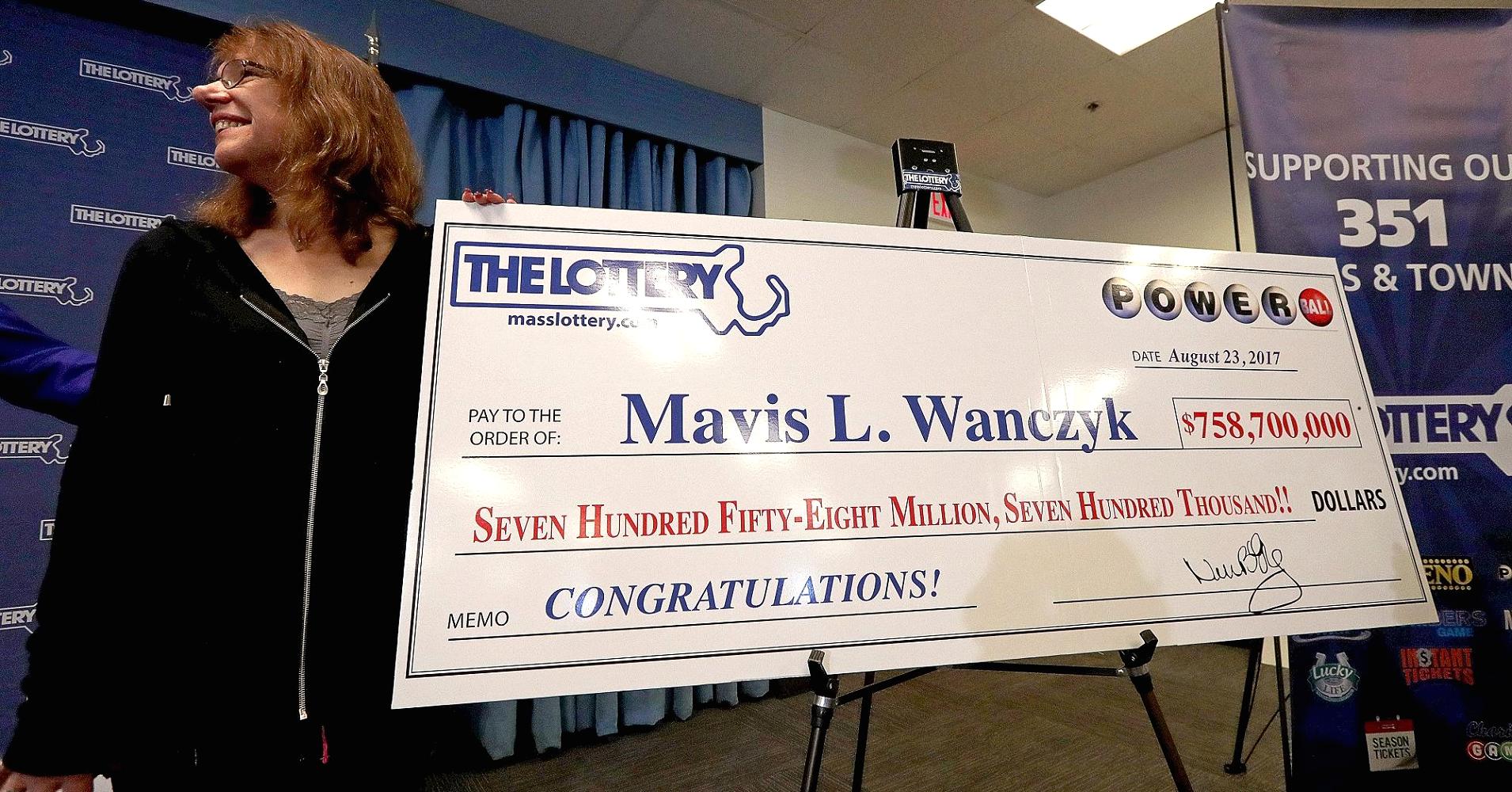 Mavis L. Wanczyk scored an amazing jackpot of $758 million earlier this year. She received $336,350,655 after taxes. Mavis L. Wanczyk quit her job in the exact moment she found out about her winnings. Moreover, the winning numbers were based on birthdays of her family members. Get ready because the next picture will show you the winners of the biggest lottery jackpot ever! 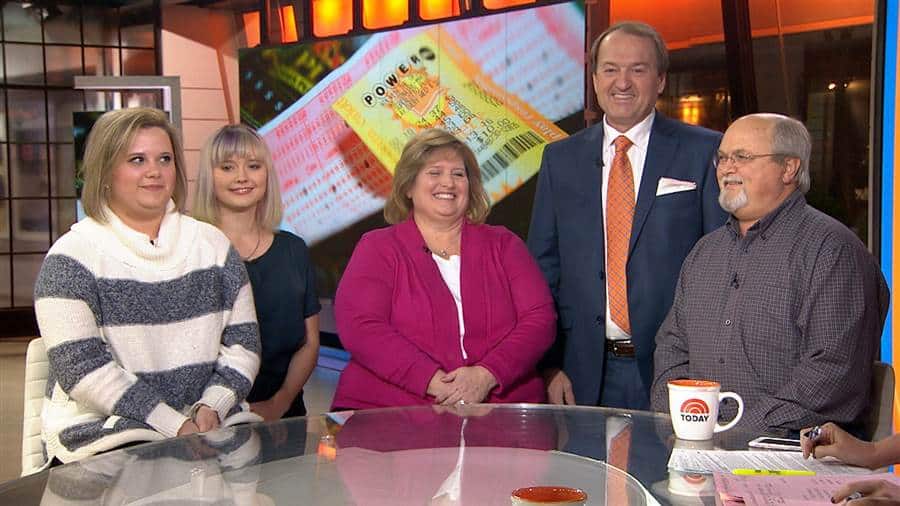 After seeing how many people won hundreds of millions, you would think that they are the luckiest people on Earth. Well, this is not the case since three families from Florida, California and Tennessee split $1.586 billion among themselves. Now, this is what I call being lucky!