Lulu The Police Dog Gets Fired For The Cutest Reason 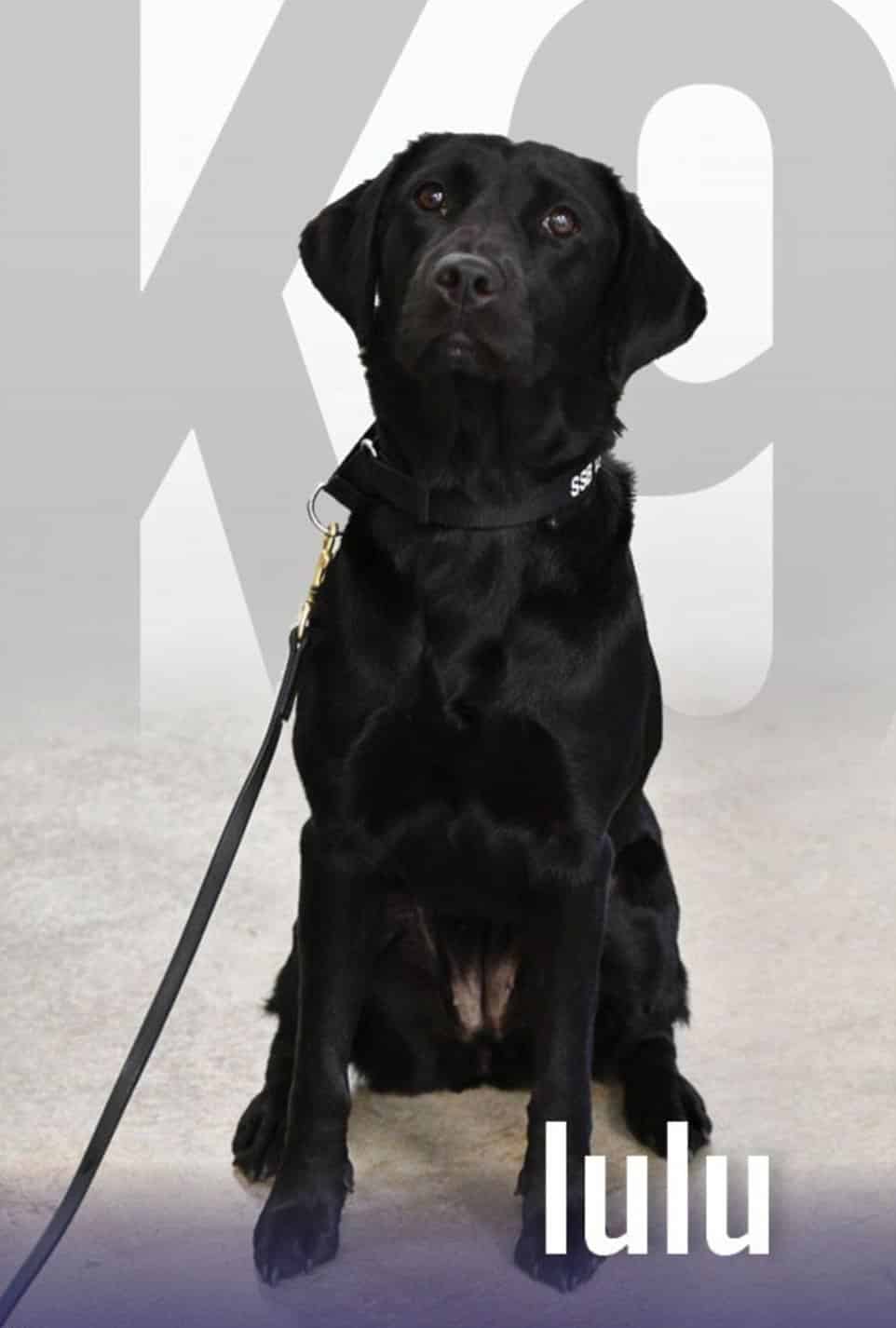 This proud doggy is Lulu, she is one of the six K9 Labradors that were specially chosen to join CIA’s bomb sniffing squad. Sadly, her super-agent career didn’t last that long because she was fired for a totally unexpected reason. The next picture will show you how Lulu proved her worth, despite her small size. 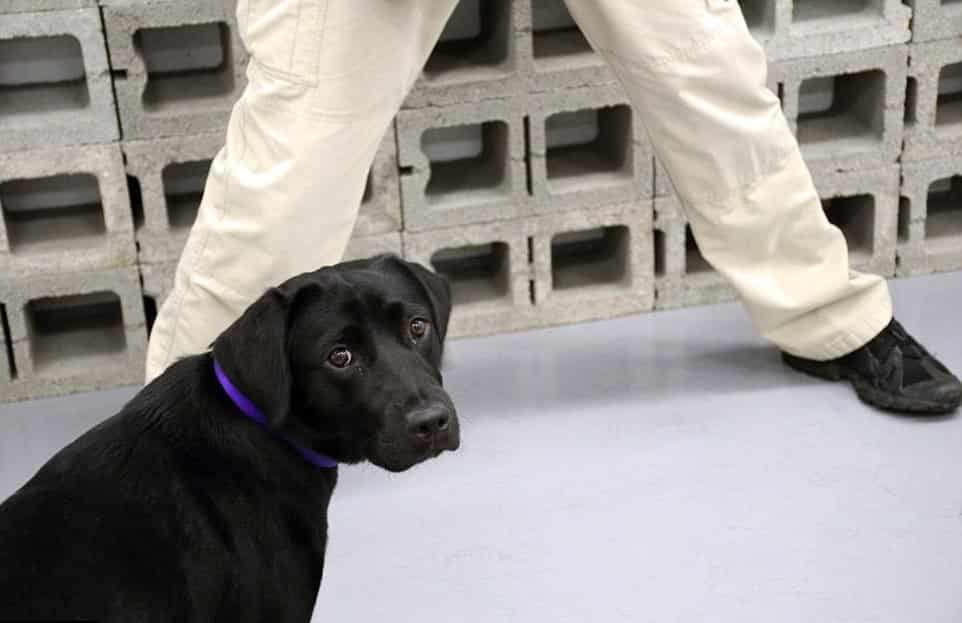 Lulu was one and a half years old when she was selected to join the CIA and she was the smallest in the group. However, Lulu proved to everyone that courage and heart are the two virtues that  really matter. Being a bomb sniffing dog is not an easy task because these dogs need to go inside buildings that are believed to be filled with explosives. Fortunately, Lulu proved to be up to the task. Check out the next slide to see how the agency described Lulu. 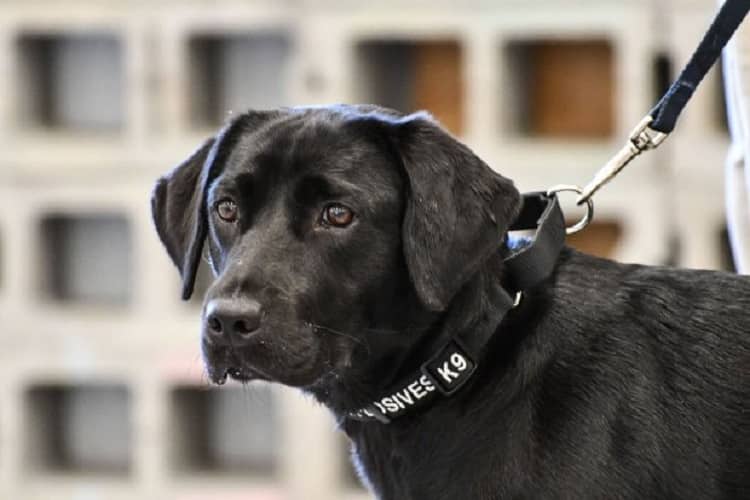 Just like any other CIA agent, human or not human, Lulu has her own bio. This cute pup is described as hyper and silly, sweet and extremely sensitive to her surroundings. These characteristics are great for a house dog, but not for a bomb sniffing CIA agent! So this is how her training went. 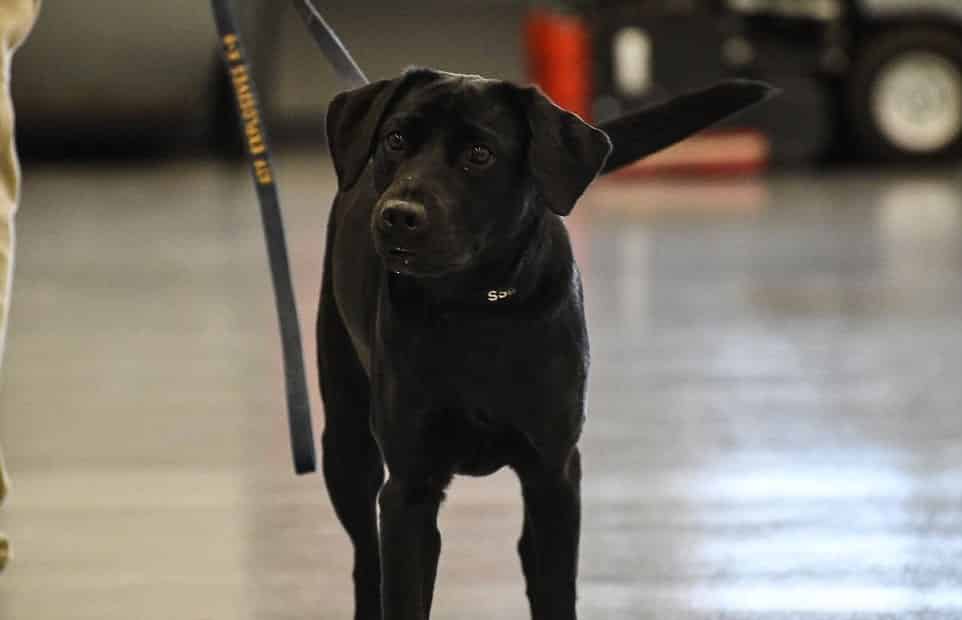 In order to become a super-spy, Lulu had to go through the challenges of CIA training. The dog needed to prove that she had the courage and skill to sniff out explosives. This is where CIA trainers found what Lulu was made of.

During the training period Lulu’s trainers started thinking about “firing” her. However, you won’t believe what the reason was. Stick around to see what were the trials that Lulu had to go through. 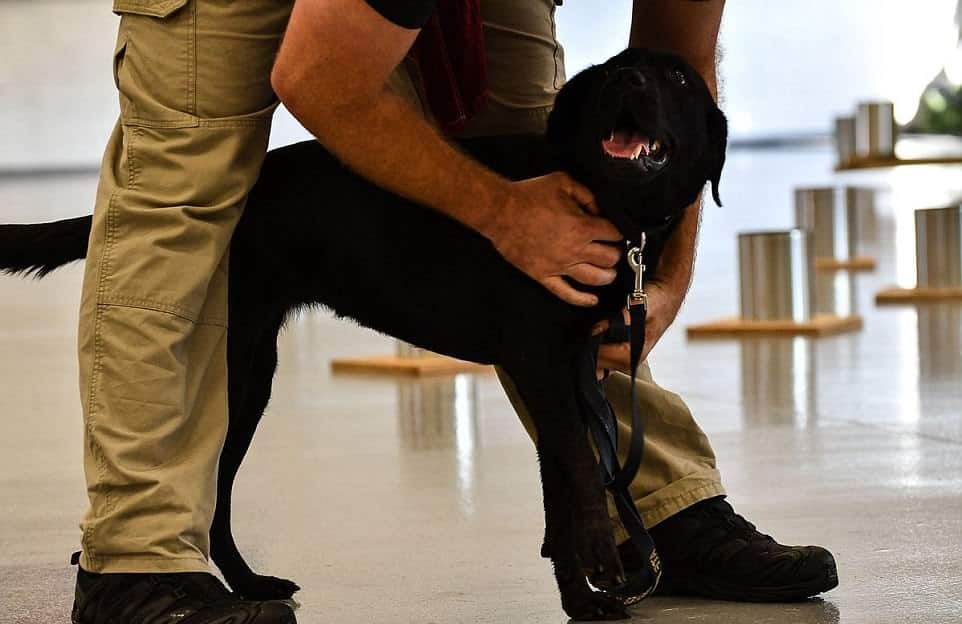 Every dog that is selected for CIA’s K9 unit needs to go through a 10-week training program. After this program is finished, the dog has to be able to sniff out over 19,000 explosive scents. You will be surprised to find out that Lulu was doing something else during this training program. 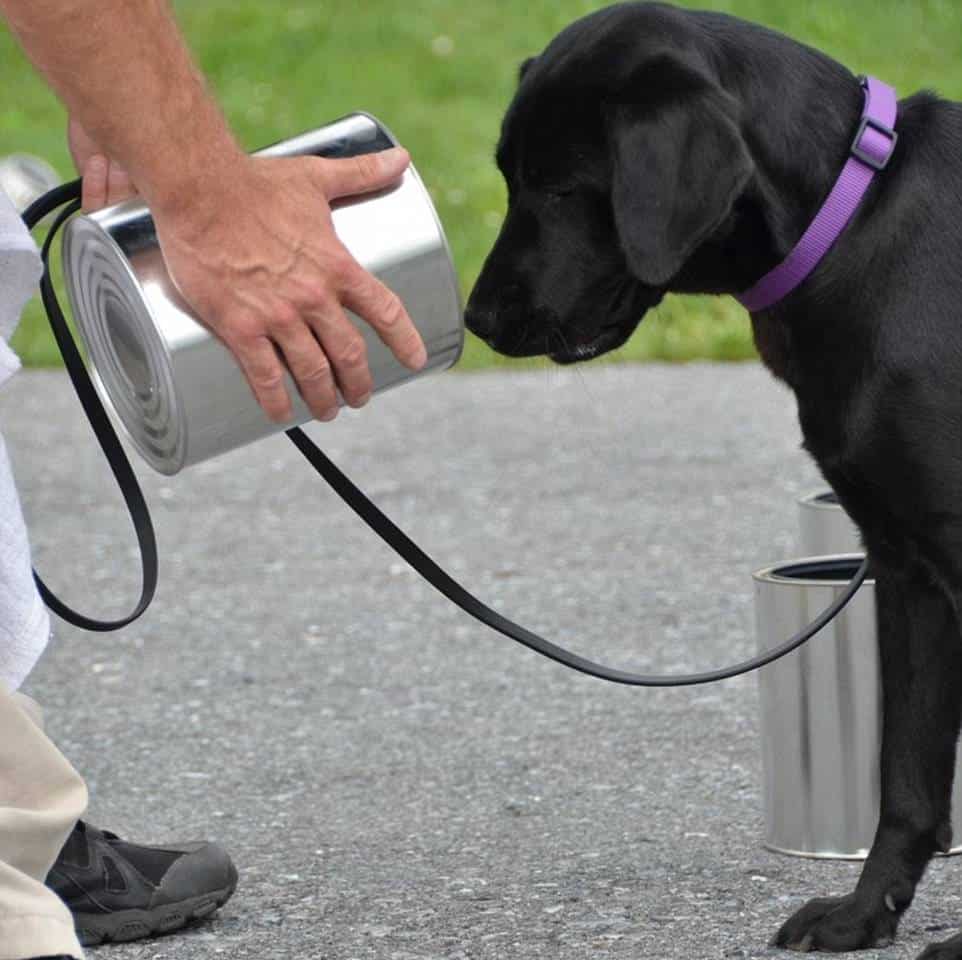 Lulu’s trainers were surprised to find out that she is more interested in playing around with other dogs than learning how to sniff explosives. Instead of sticking her nose in explosive-scented cans, Lulu was trying to have fun. Fortunately, the CIA trainers didn’t give up on Lulu. Their next move will warm your heart!

14. Everyone Has Bad Days 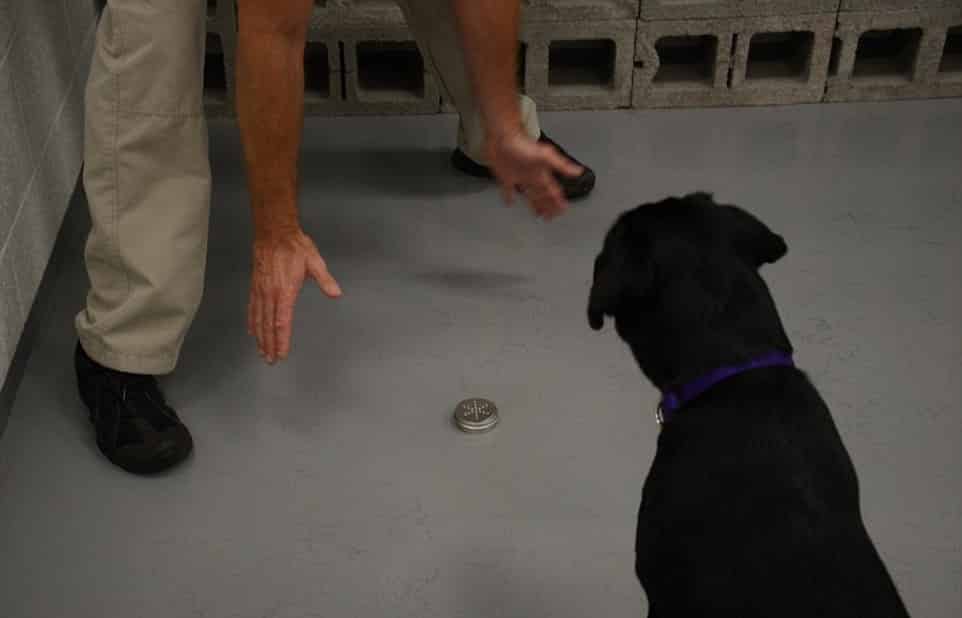 The CIA trainers determined that Lulu is just having a bad day and they decided to switch up the training regime. Instead of telling Lulu to sniff out cans, they started making the exercises more interactive by playing with her. Sadly, Lulu showed that she has no interest in sniffing out explosives once again. This next picture will make it clear just how much the puppy didn’t like her job as a CIA agent. 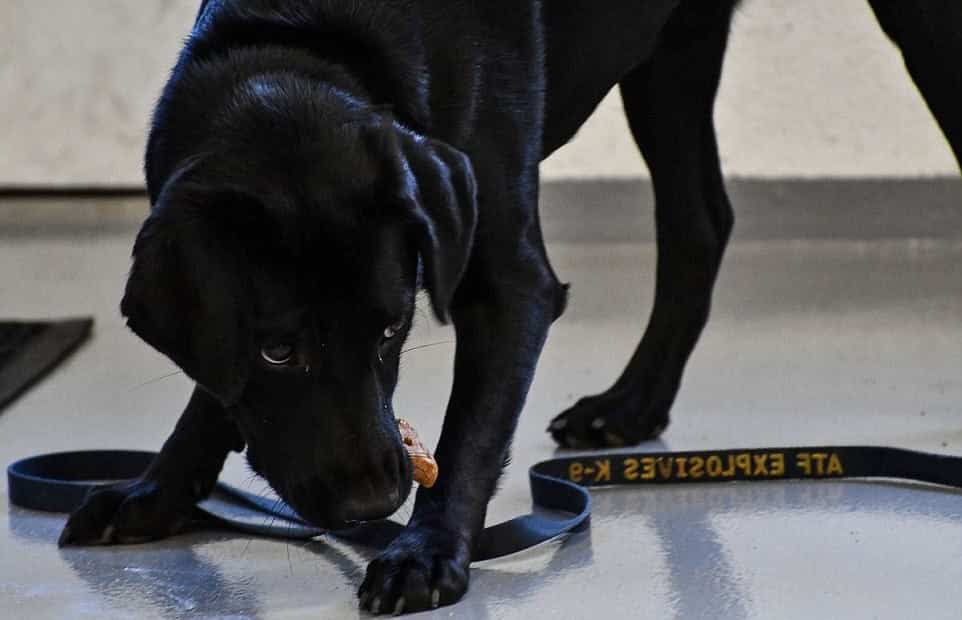 As everyone can clearly see, Lulu was not too happy about her new job. The CIA trainers also saw that she didn’t enjoy the training regime and what they did next was truly unexpected. 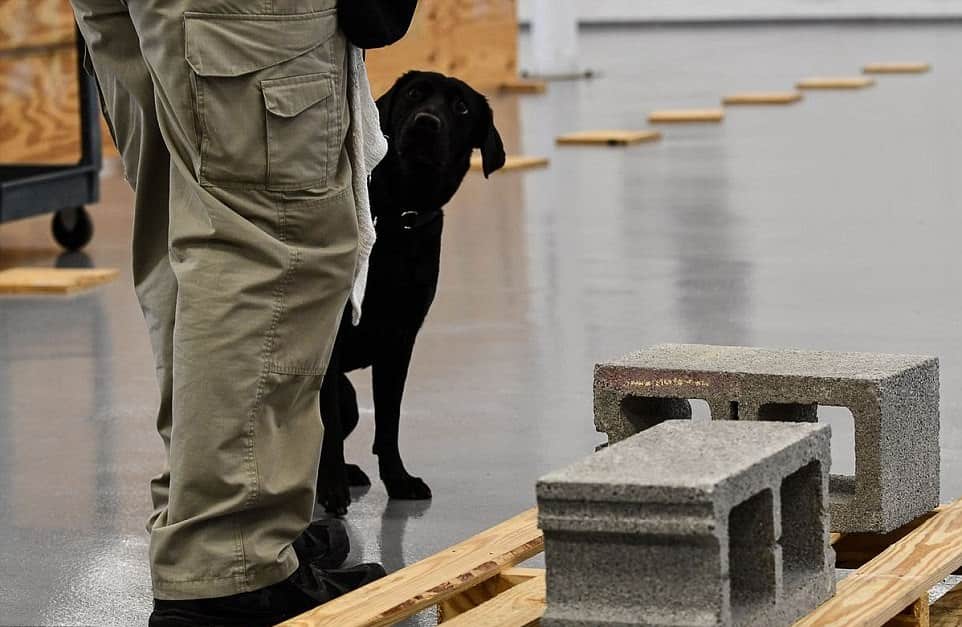 After it was clear that the puppy was unfit for the job, the CIA trainers started going easy on Lulu. The cute Labrador quickly started growing on them and the CIA trainers decided to take the following decision… 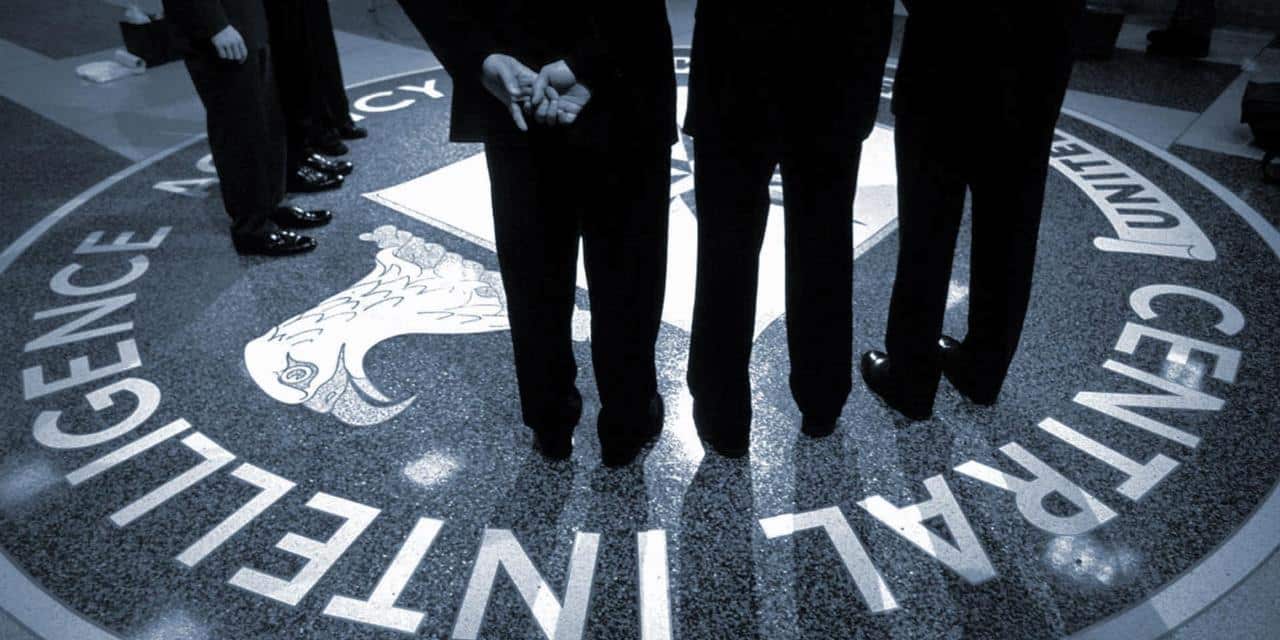 Even though the CIA is known for being an agency that’s faced with tough decisions on a daily basis, this one would be hard for everyone to take. After checking Lulu’s reports, her trainers decided that she is just too playful for the job. 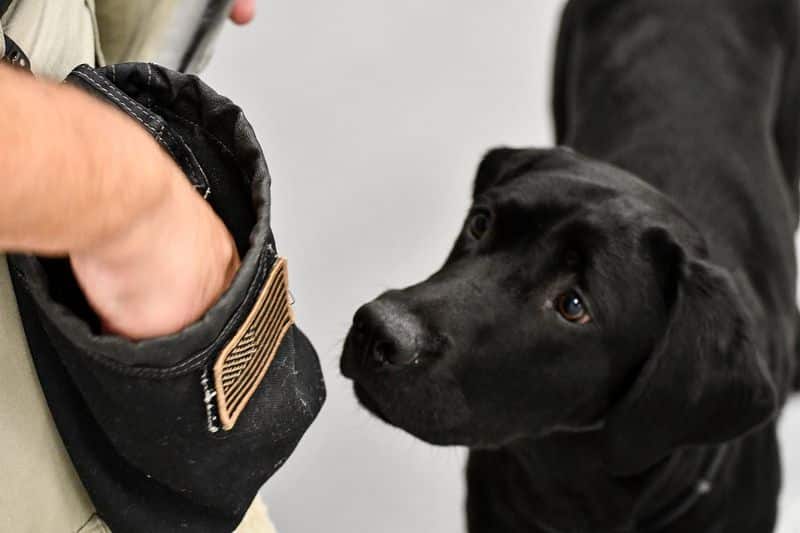 Lulu proved to be a skillful dog that’s good at sniffing things, but she didn’t enjoy that. The CIA trainers decided that it would be best if they parted ways with Lulu and let her live the life she always wished for, the one of a normal dog. Stick around for #6 to see where Lulu ends up. 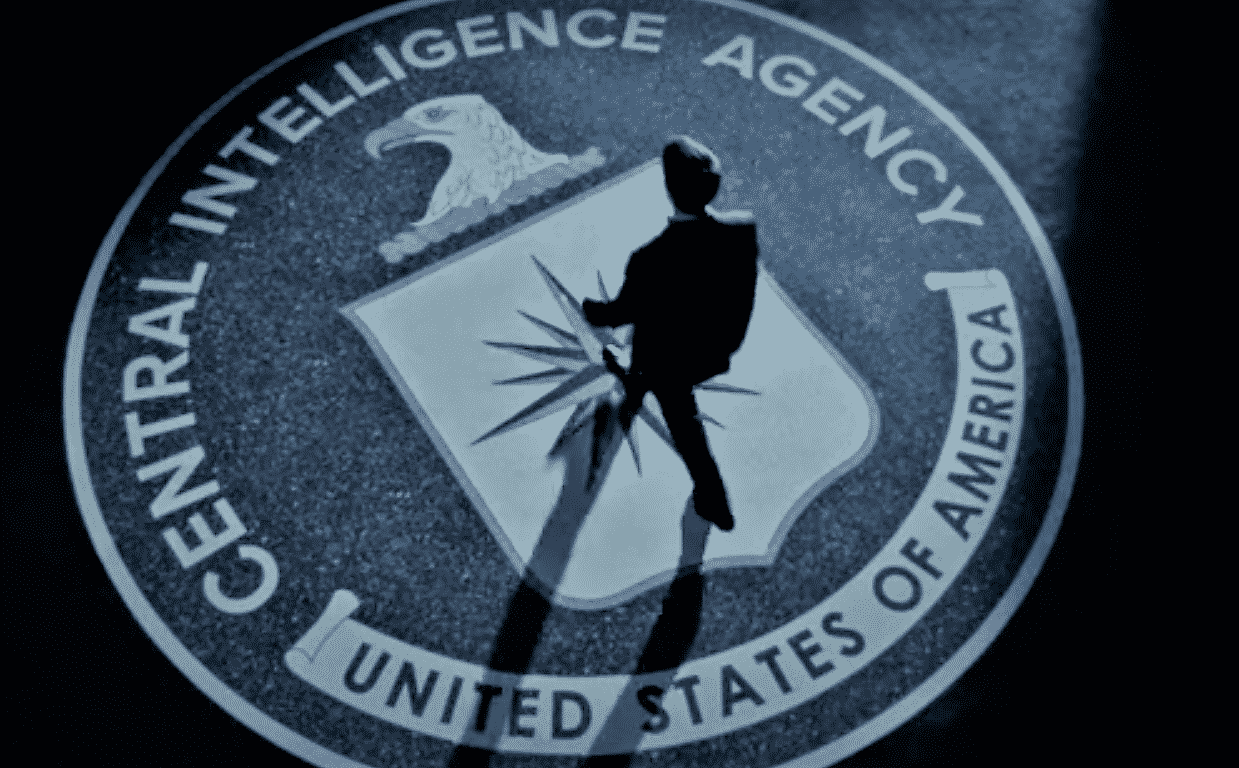 Fortunately, the CIA was not upset at Lulu and didn’t hold any grudges. In fact, the agency said on Twitter that they will miss her, but that was the best decision. 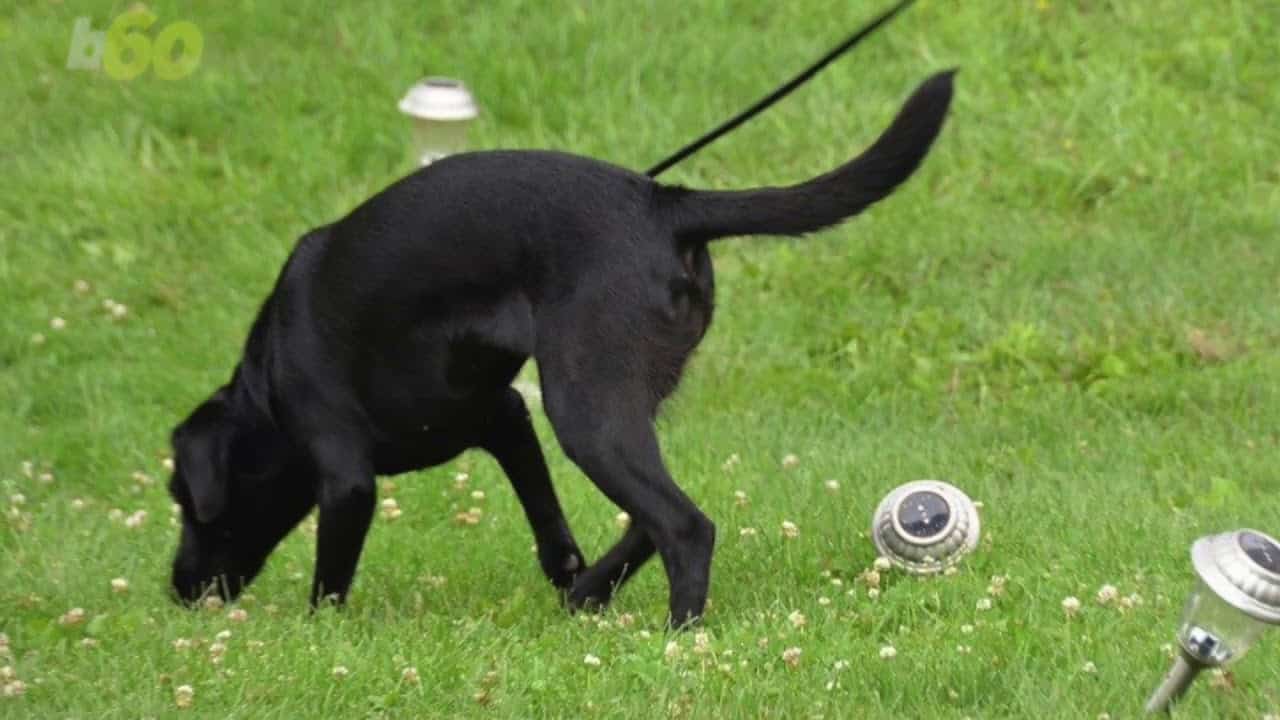 Now that Lulu’s life as a special K9 agent ended, she was left with nowhere to go. Luckily, her handler decided to do the most amazing thing. Get ready because the next slide will reveal how wholesome CIA agents can be. 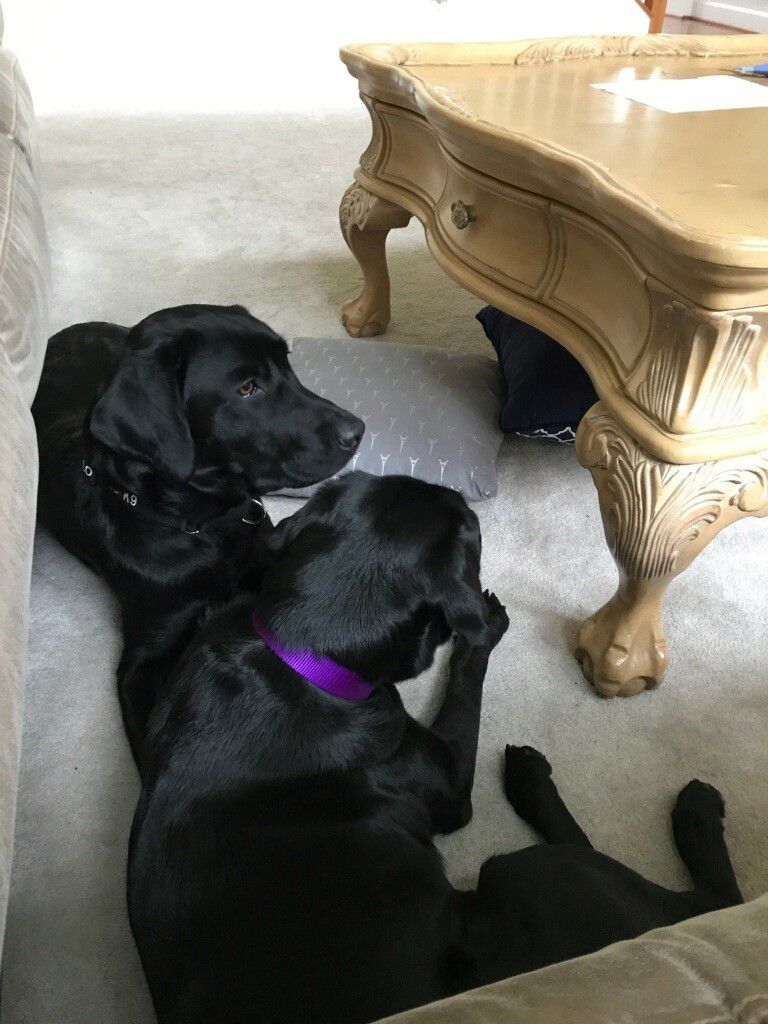 Seeing how Lulu was always playful and that she wanted nothing but belly rubs, her handler decided to adopt her. Things get even better for Lulu since this is where she met her new friend, Harry who is another black Labrador. 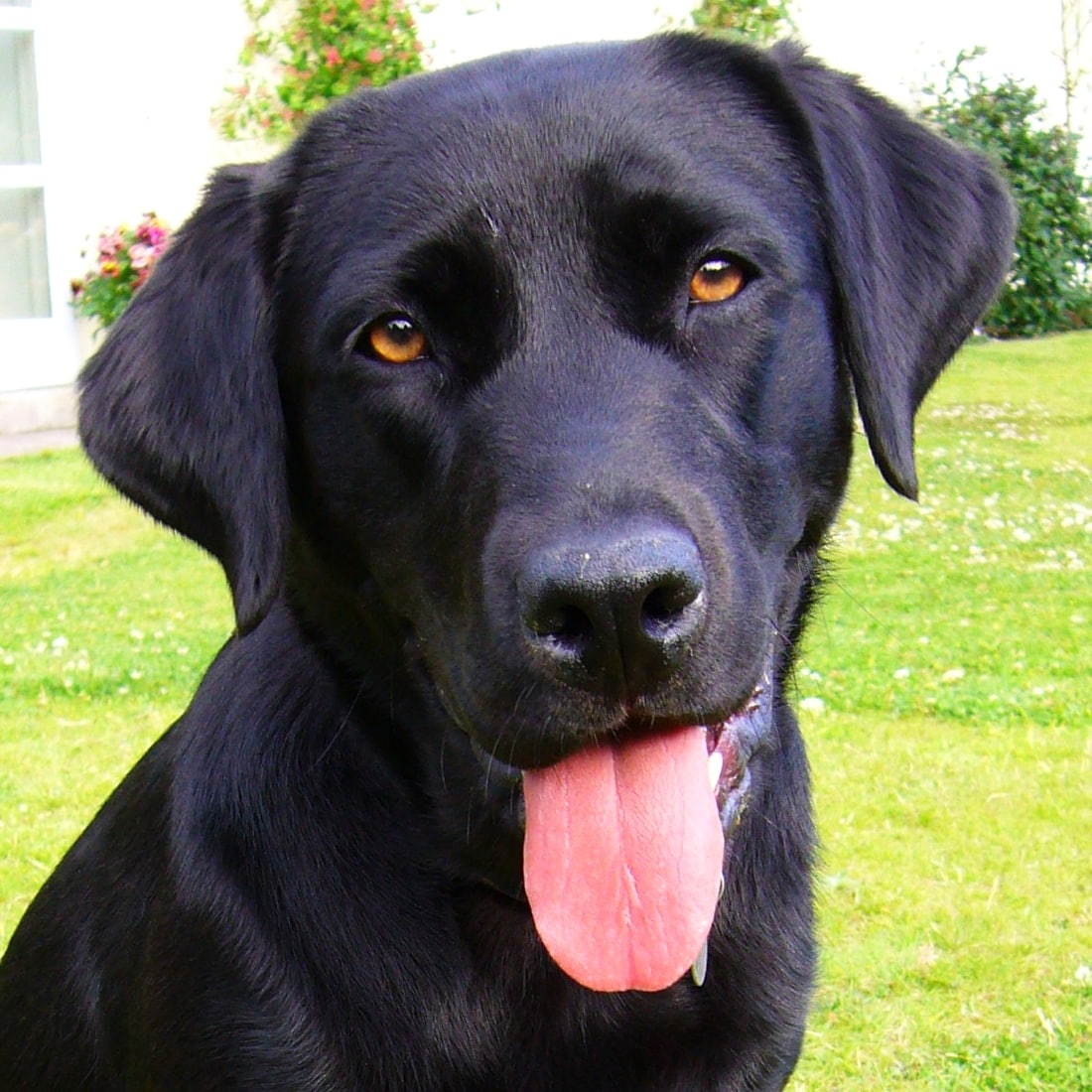 During training, Lulu loved to make new friends with the other K9 agents. Sadly, those dogs were more professional and didn’t want to play with Lulu but now, she met Harry. This male black Labrador is Lulu’s new best friend and she couldn’t be happier. This is how they look like now. 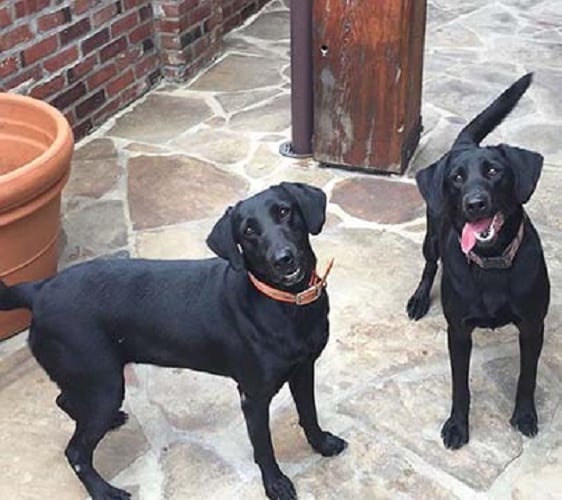 Just look at how happy these dogs are. Who could blame Lulu for choosing a life of goofing around with her friend Harry instead of sniffing out explosives? Not only that she is having fun all day long, but she is also not endangering her life by going near explosives.

4. Finding the Right Path in Life 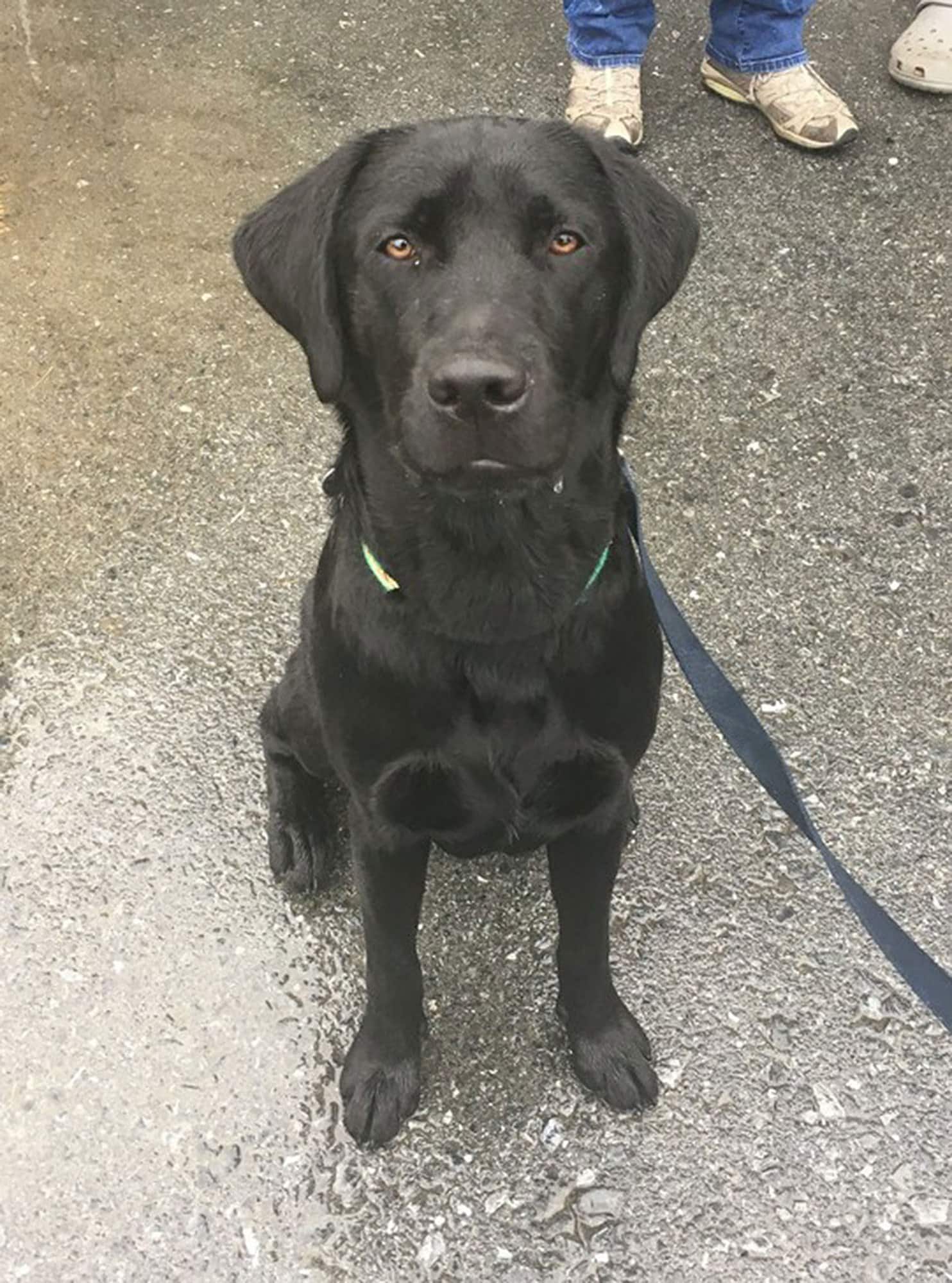 Lulu’s journey seemed to have some interesting experiences in store for her. However, she decided that having fun and playing around is better than following a career she wasn’t interested in. Maybe we all could take this as an example and start following our dreams. Nonetheless, there are different jobs that would have suited Lulu’s playfulness better. Check out #3, #2 and #1 to see what other careers Lulu could’ve followed. 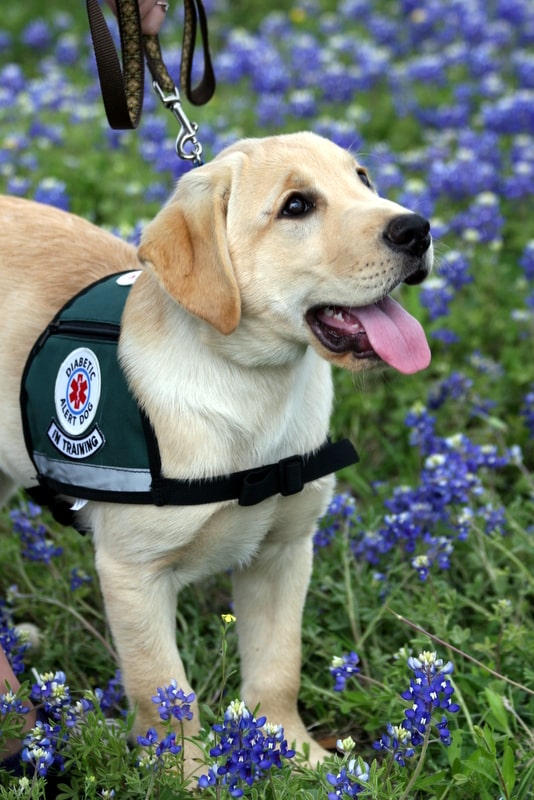 These dogs are trained to sense when their owner or handler is having a diabetic episode and to bring them insulin medication. This is an incredible job that a playful dog such as Lulu would excel at.

There is nothing more comforting than having a good companion by your side. This is why autism assistance dogs are so amazing. These dogs are trained to comfort children with autism and to help them cope in difficult situations. 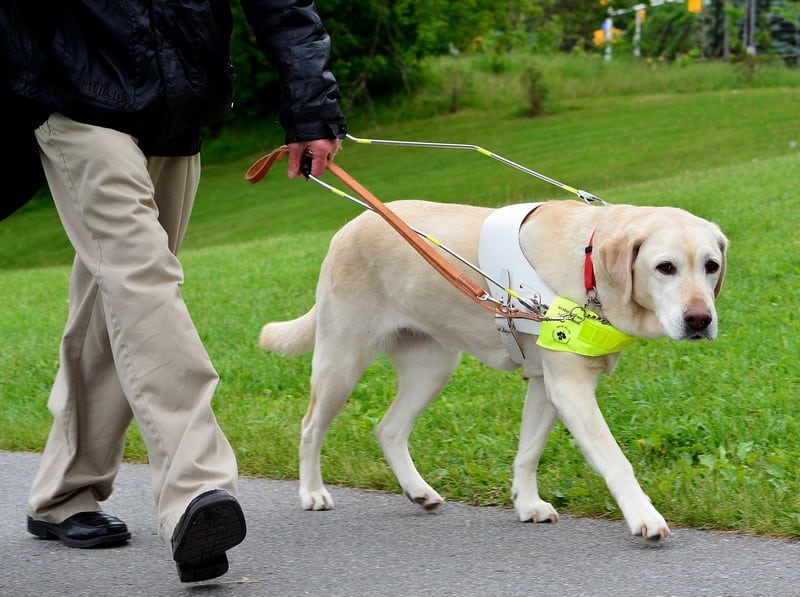 These dogs are trained to help blind people with their every day chores.Can you imagine how much Lulu would have loved these walks to the park?