A Horrible and Unexpected Day 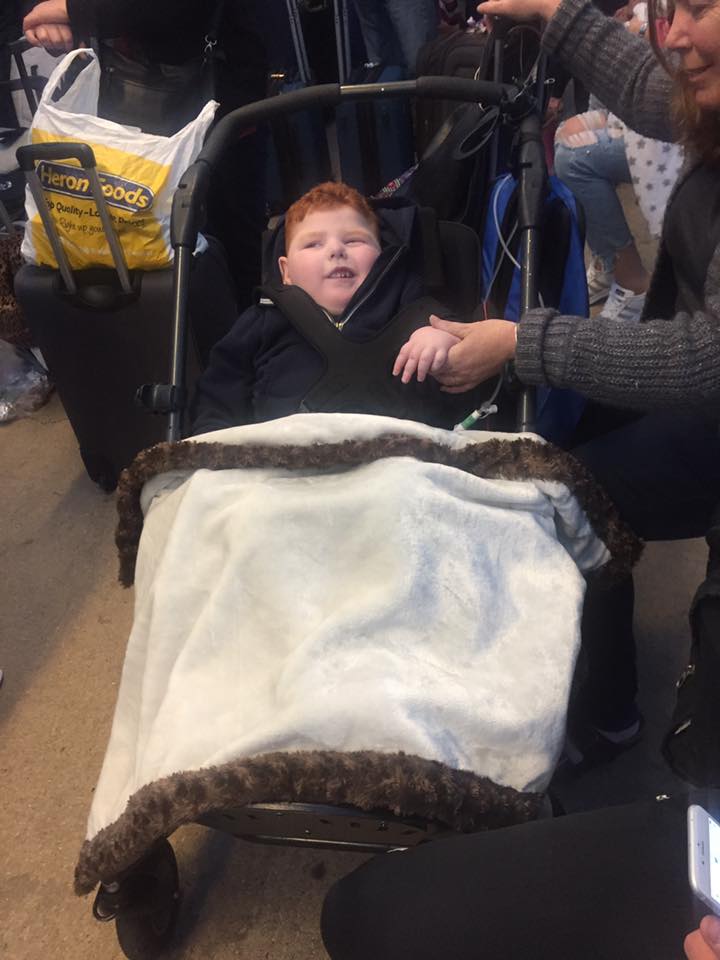 For most mothers, taking their child to an amusement park for the first time is an experience they’ll cherish forever. The thrill of the rides, the laughter and smiles, all meld together into picture-perfect moments and long-lasting memories. Unfortunately, for one mother and her son, the experience was one she’d wish she could forget. 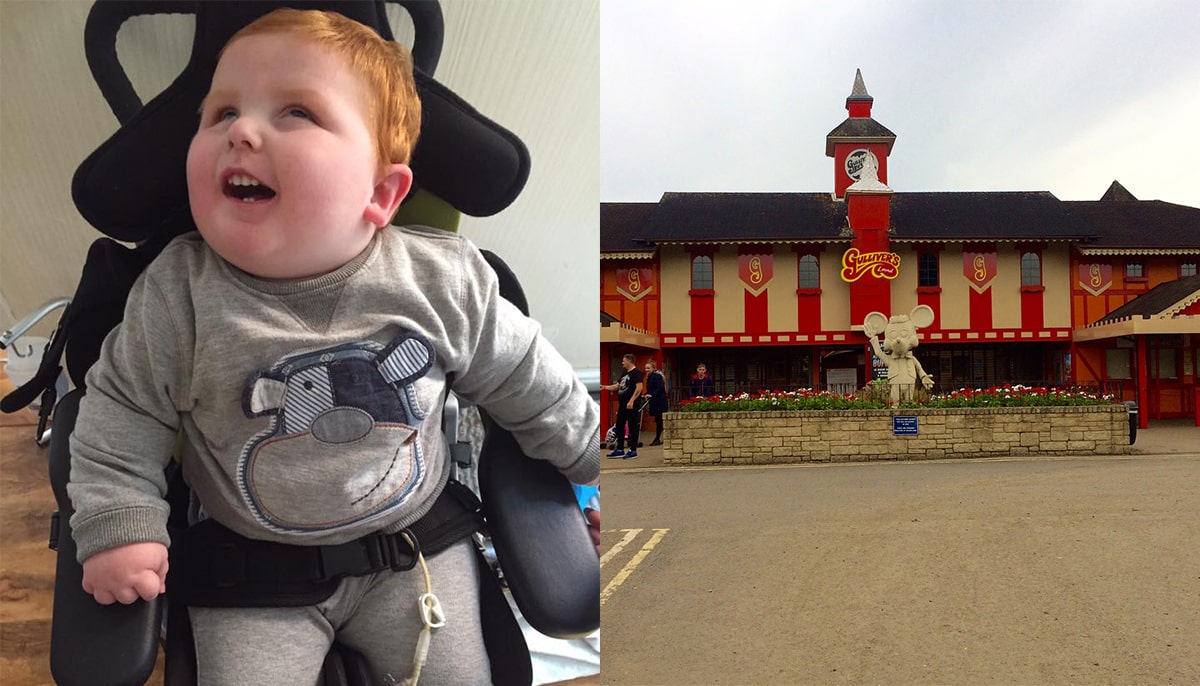 Sophie Figg was just a normal mother hoping her son, Harrison, could have a fun day at the amusement park. Even though her son was in a wheelchair and couldn’t enjoy all of the rides, she knew the experience would be one he would love and his smiles would make the entire day worth it. 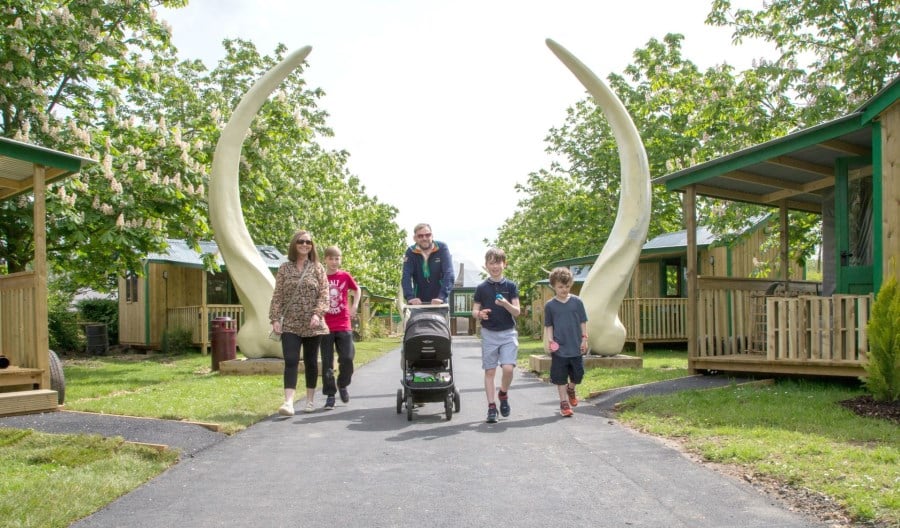 Sadly, Sophie’s day with her son at Gulliver’s Land in Milton Keynes was destroyed by a member of the theme park’s staff who made an outrageous request that left Sophie humiliated and angry. You won’t believe what the staff member did. 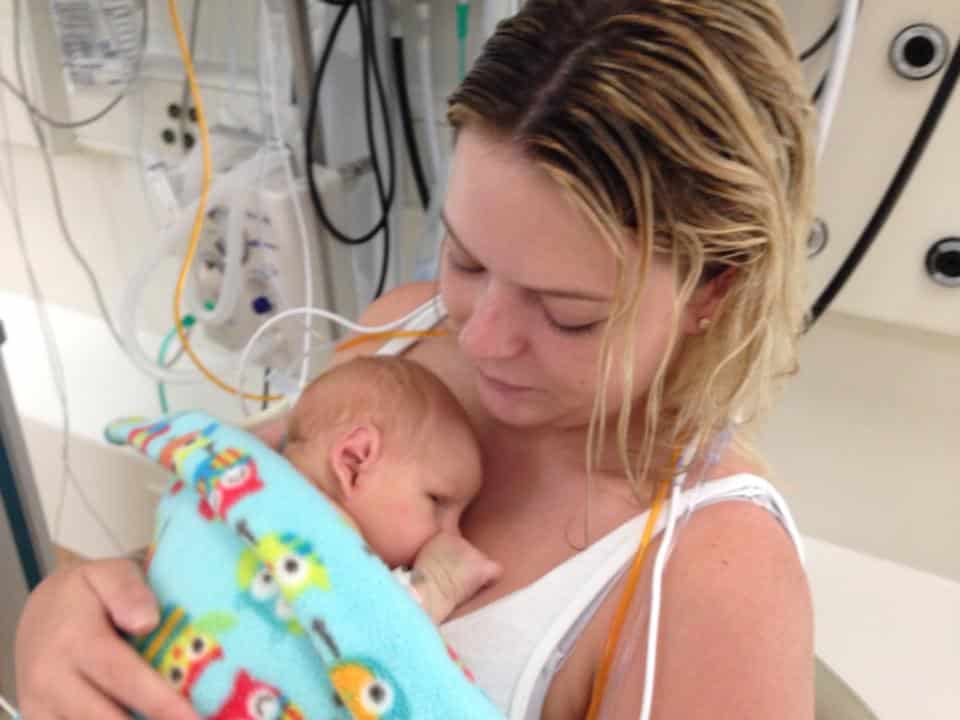 It was on May 25, 2015, that Sophie gave birth to her son Harrison Wilcox, thus beginning one of the most challenging journeys of her life. This was due to the fact that Harrison was born with a rare condition called Septo-optic dysplasia, a disability where the brain is missing the septum. 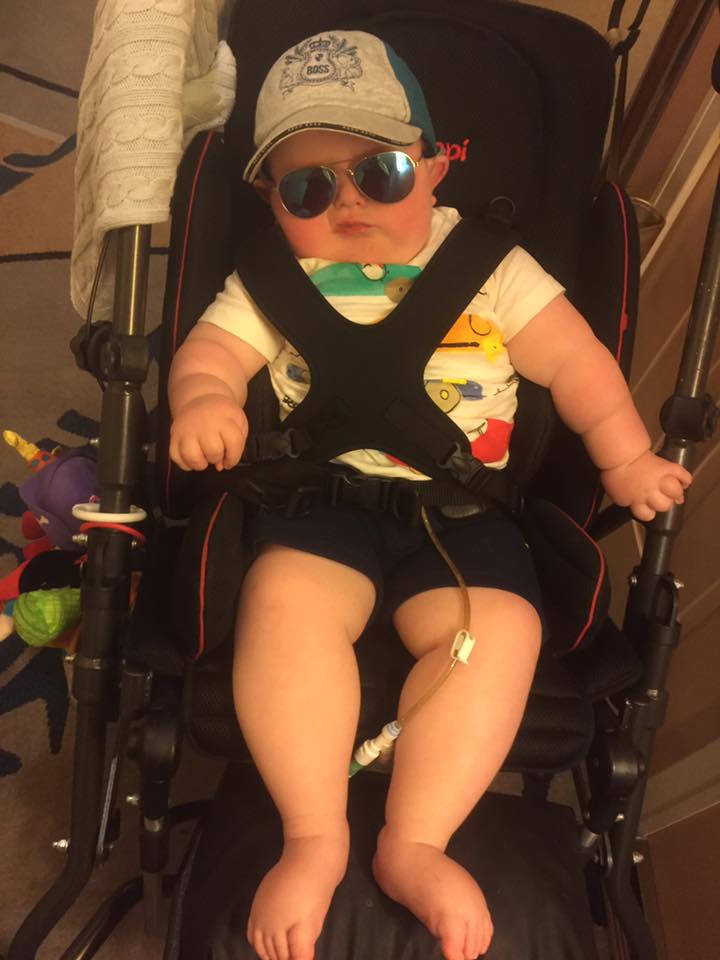 Sophie explained her son’s ailment to the Daily Mirror, stating “The septum in his brain is missing, his optic nerve is damaged so he is blind and dysplasia is an abnormality in development. He’ll always be dependent on a wheelchair and unable to walk.” 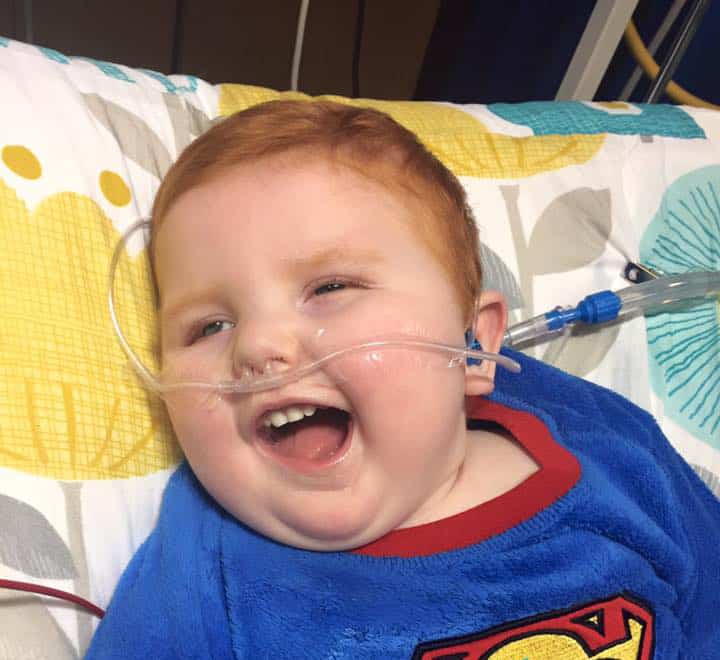 Working as a hairstylist, Sophie makes every day count when she is with her son. She wants him to know he is more than just his disability. Harrison goes to school like other toddlers his age, and also takes frequent visits to the park and swimming pool. And guess what? He is all smiles! 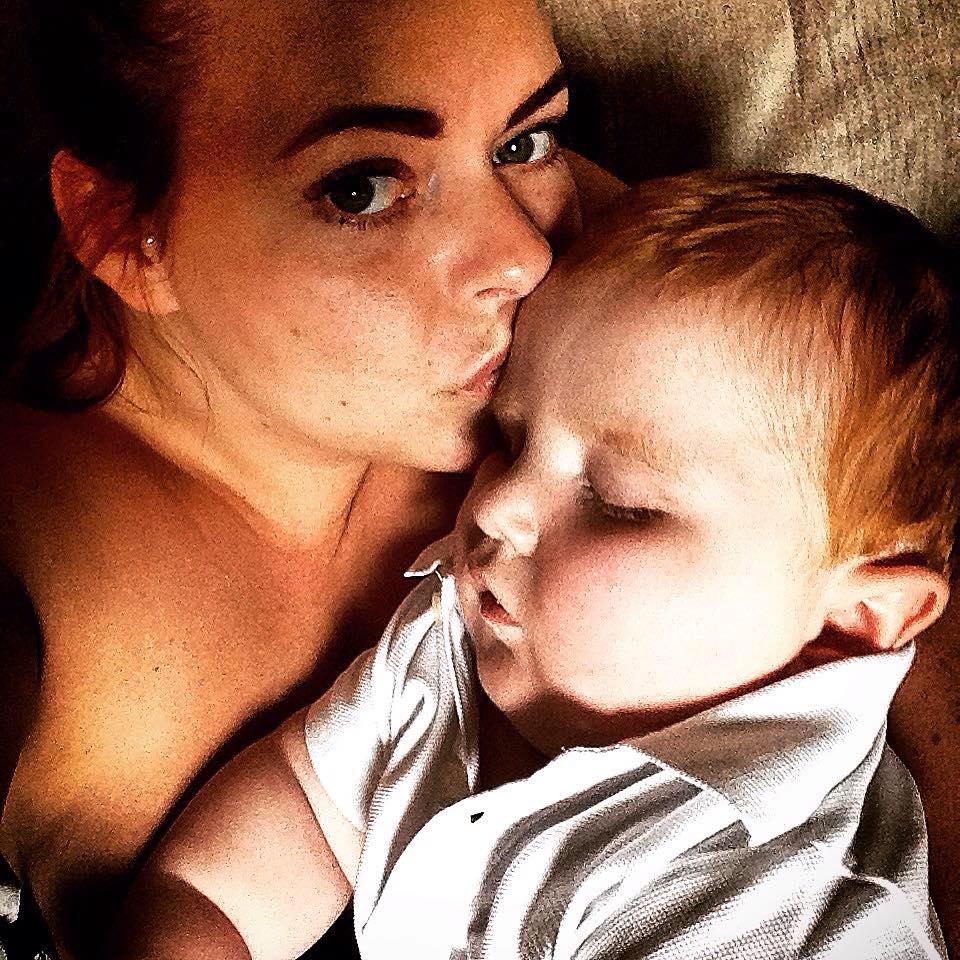 Unfortunately, Sophie and Harrison’s fun day stopped at the gate when they arrived at Gulliver’s Land with her sister and friend, along with their children. It was then things went terribly wrong. 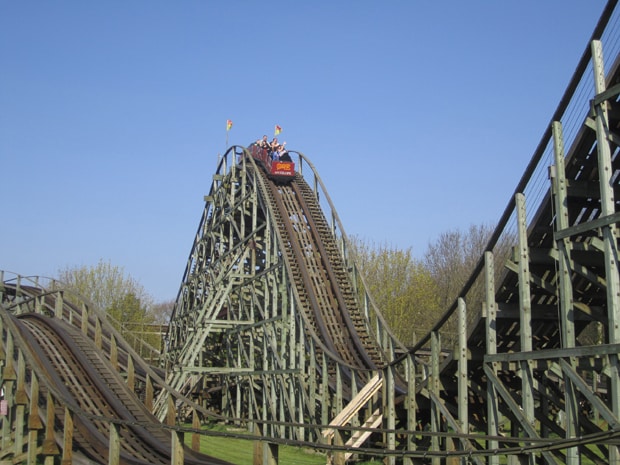 The park’s website clearly states that children under 35 inches gain free entrance into the park. Those over the height limit are $23 for a children’s ticket. Sophie already knew Harrison was well below this requirement and was expecting free admission for Harrison into the park.

Too Tall for Entry 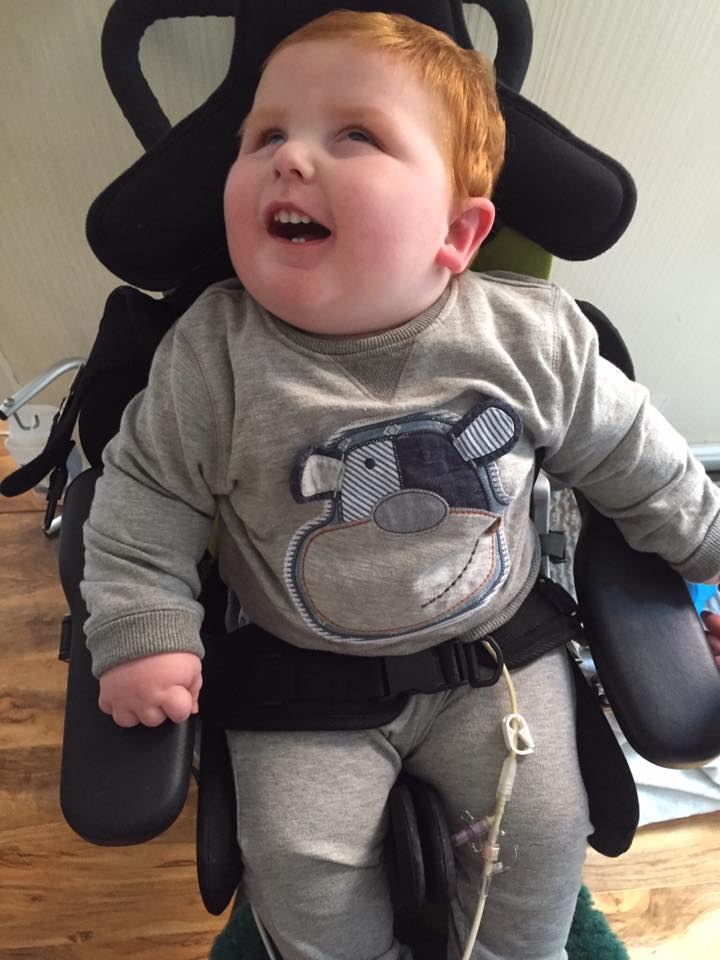 However, it seems the gate attendant felt the need to step in. According to Sophie, “He’s actually short for his age and has to have growth hormone injections. He’s clearly under 90 centimeters. Harrison and my niece should have got in free.” However, one of the members of the staff disagreed and insisted her son be measured.

Not Able to Stand 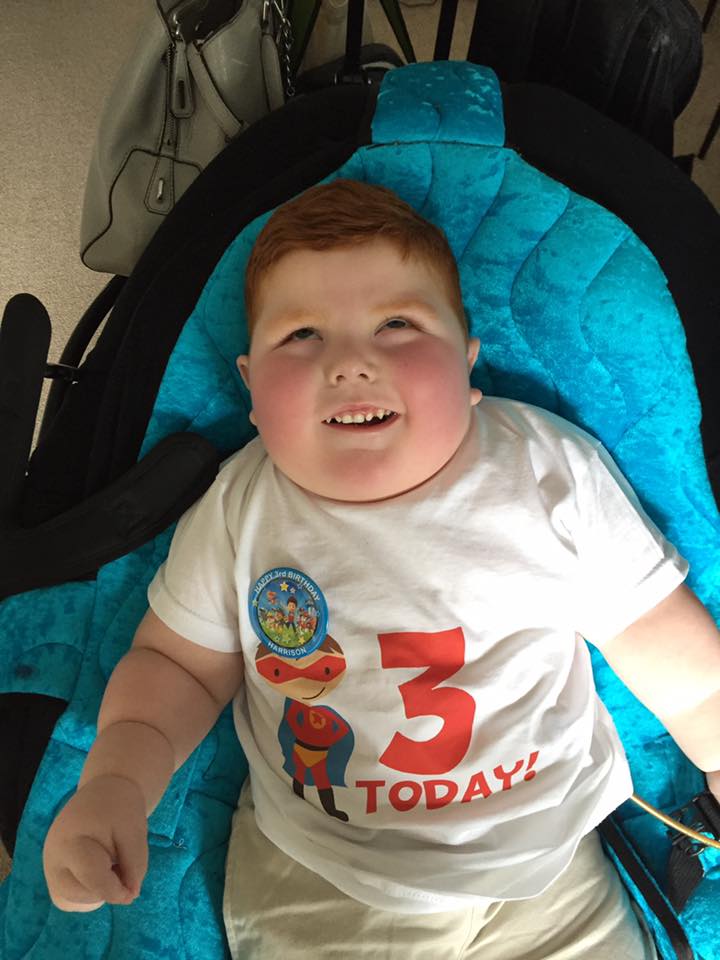 Sophie was taken aback by the measurement request and tried to explain to the attendant her son was disabled and unable to put weight on his legs. Unfortunately, the staff member insisted that Harrison stand so she could take his measurements. 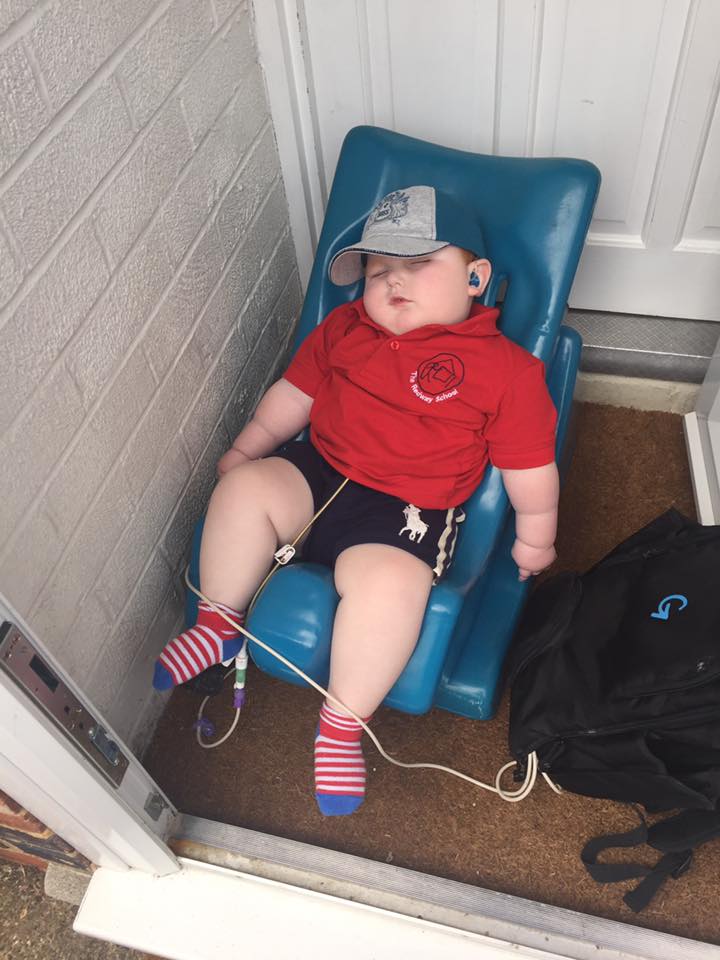 What made matters even worse was the staff member than asked for proof that her son was disabled. According to Sophie, there was a blue badge parking permit that shows someone needs preferred parking for a disability. However, she felt it should only take common sense with her child being in a wheelchair that he was disabled.

No Hope for Redemption 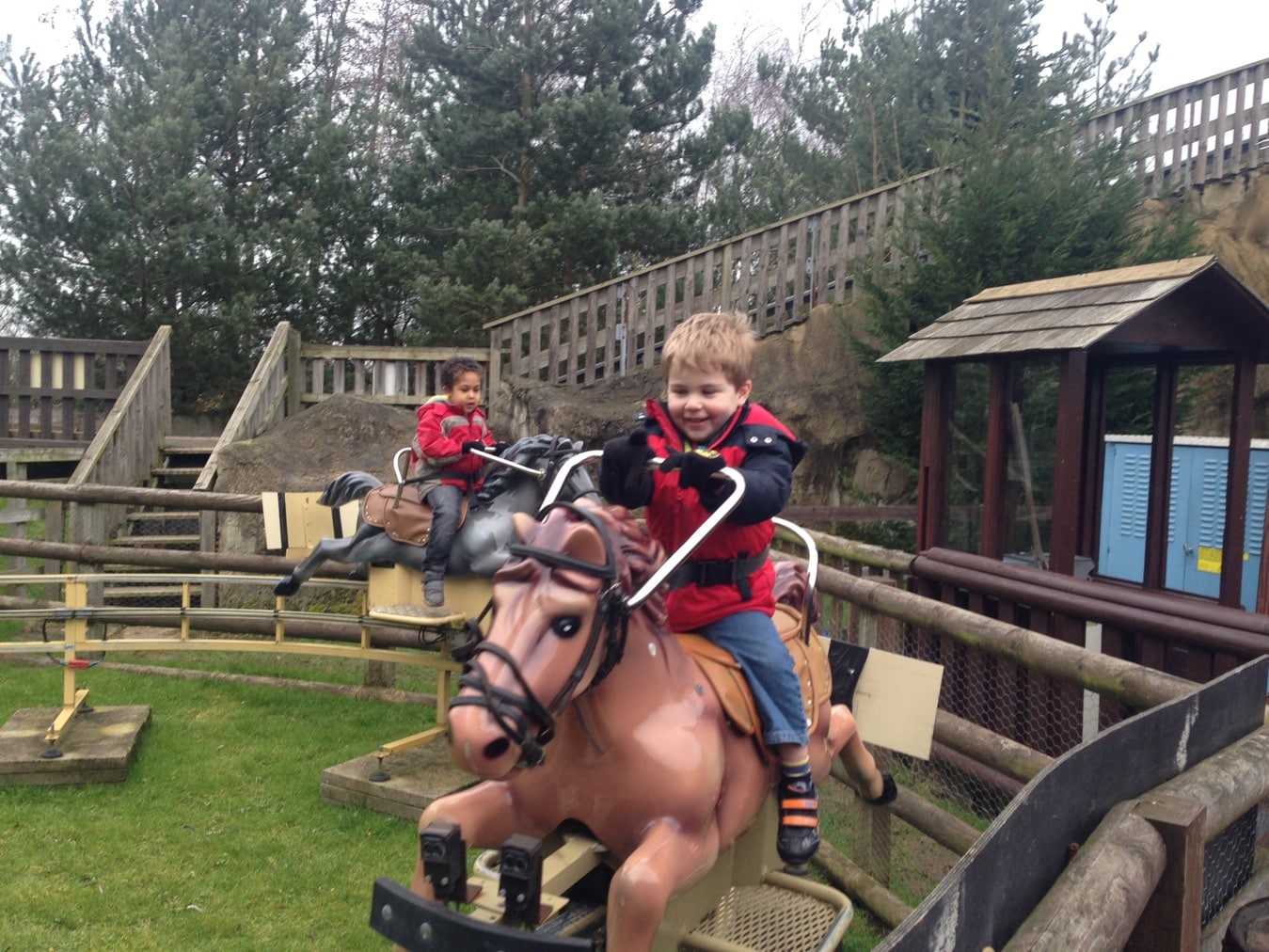 Unfortunately, Sophie didn’t have a badge to show the staff member at the gate, who now refused her or her son entrance into the park. Sophie immediately asked for a manager, but when he arrived all hope that he could help was soon dashed. It seemed he wouldn’t be any better than the staff working the gate.

The Manager vs. the Mom 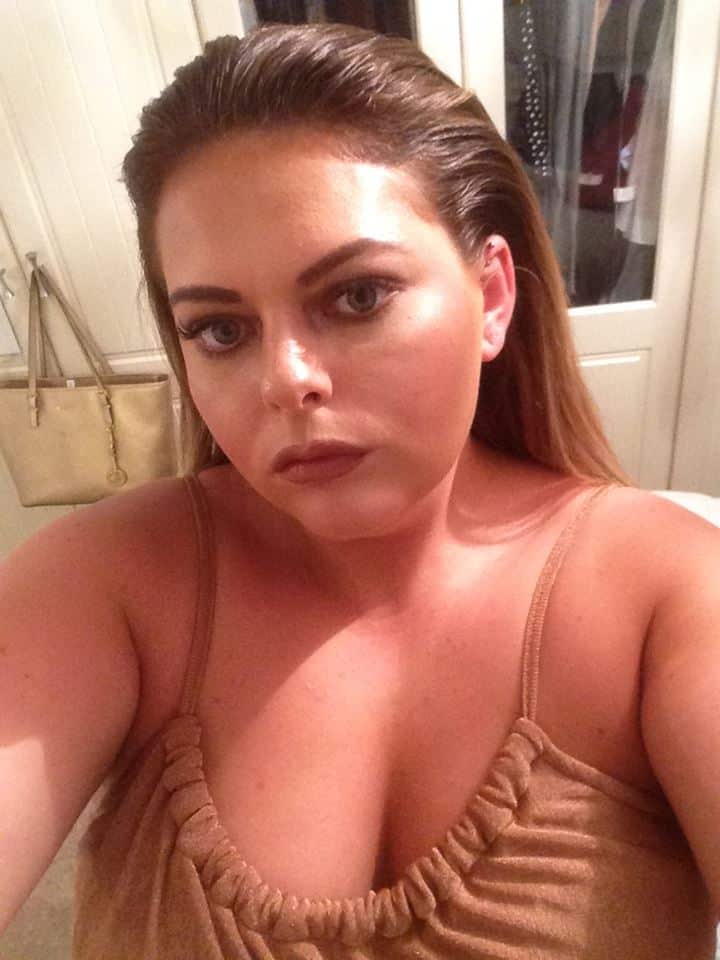 Sophie explained, “The manager came out to speak to us, and you could tell straight away he had a chip on his shoulder. It was like we’d ruined his morning.” The manager said he knew her son was over the height requirement without even hearing her out. Would anyone help her?

The Line Gets Longer 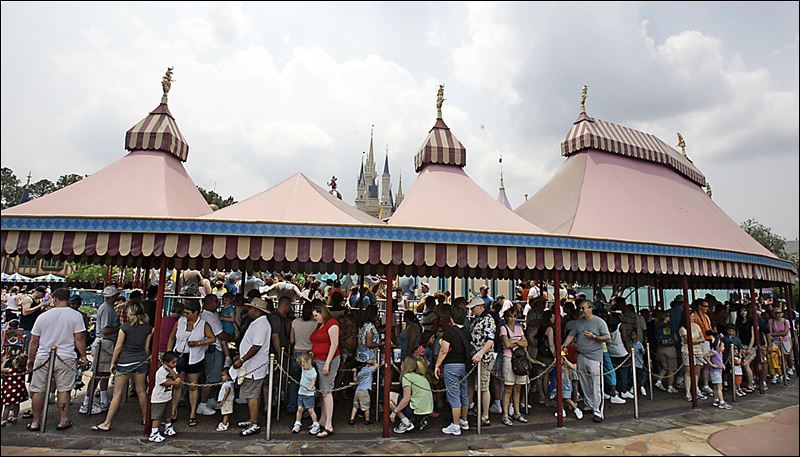 According to Sophie, a long line was beginning to form at this point. And while Harrison was unaware of the ordeal, she was humiliated. The manager also accused her niece of being over 35 inches, despite the fact they knew she was under that. 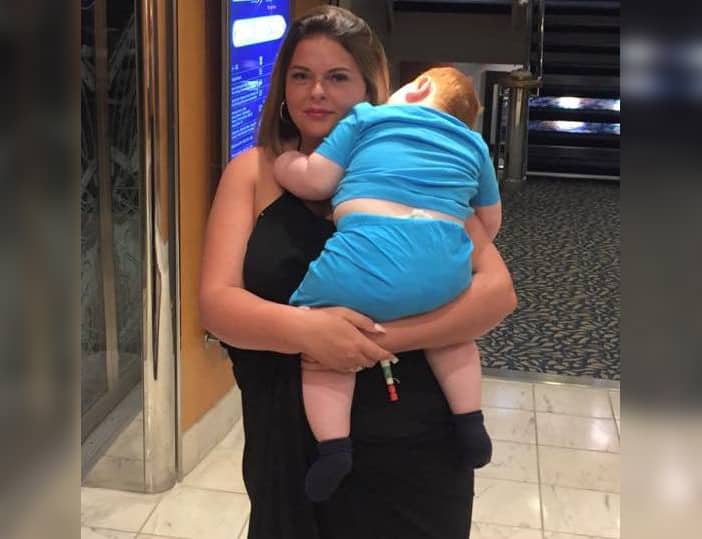 Not wanting to ruin her son’s day, Sophie was forced to stand Harrison up against the wall, despite the fact he couldn’t put any weight on his legs. Unfortunately, this still did not please the staff at the park because he couldn’t hold his body up and stand straight. Does the staff there have no shame? What about common decency?

Over it and Furious 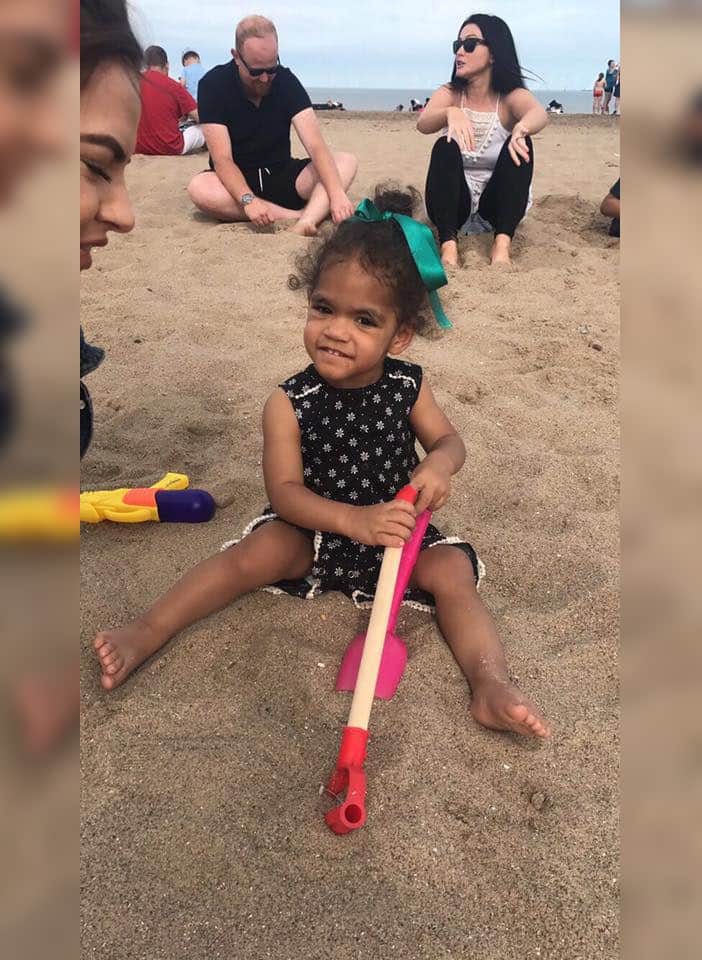 At this point, Sophie just wanted to take Harrison home. She was embarrassed and, most of all, furious over the abuse she had been subjected to. However, her sister was told they would not refund their tickets, so they decided to stay. Thankfully, a kind soul was nearby that turned the day around. 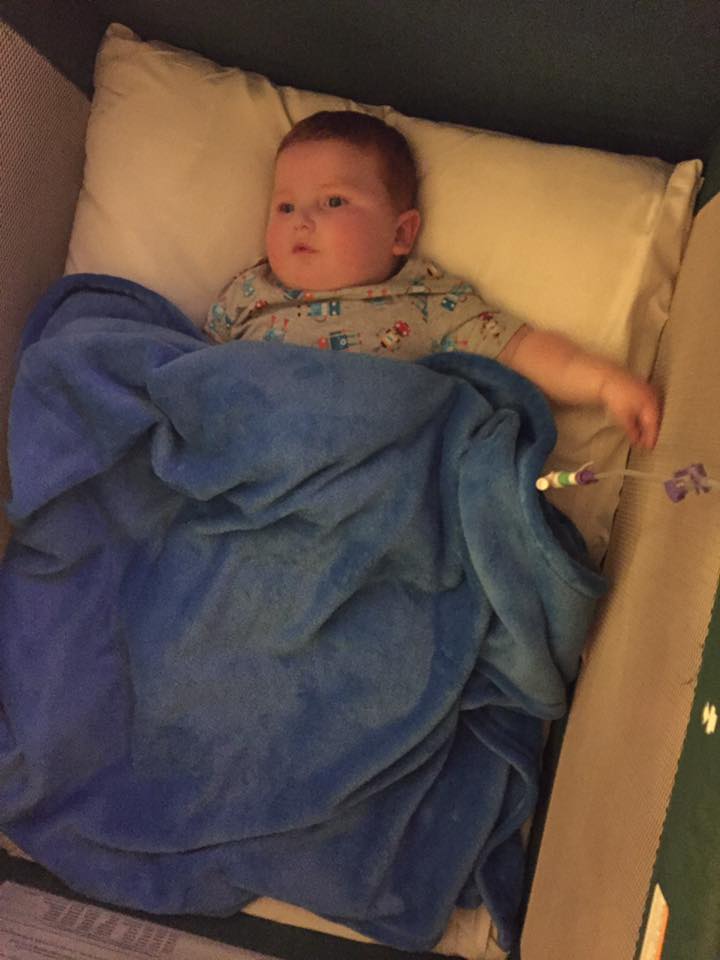 Sophie revealed that the park’s area manager happened to be at the park that day and was appalled by the situation. He admitted them both to the park for free and tried to make things better despite the rocky start. Sophie said they enjoyed a few rides, but mostly watched the other kids play. 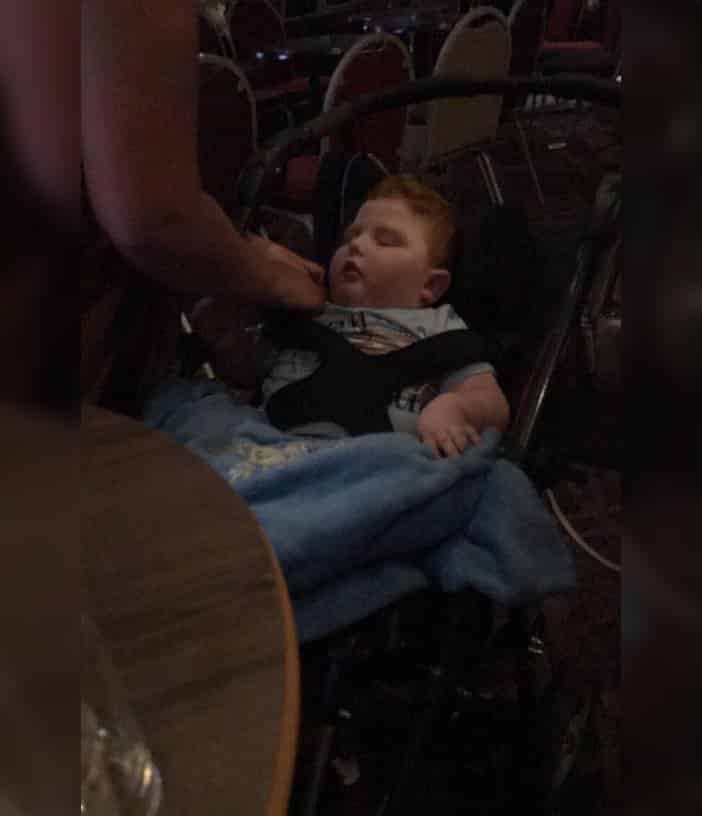 When Sophie finally returned home that night she was still furious over the whole ordeal. She decided to turn to Facebook in an attempt to gain some support. Thankfully, people on social media were kind and offered her words of encouragement. Sadly, other mothers with disabled children could relate to her plight and shared stories of their own where they too were singled out. 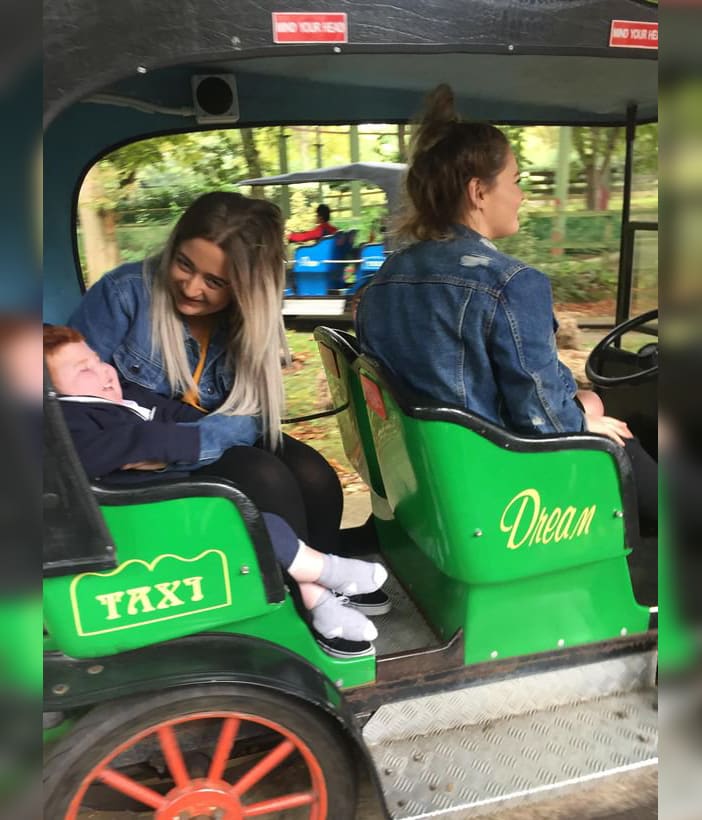 Realizing that she had the support to enact some change, Sophie reached out to the theme park with the hope of persuading them to alter their policies as well as offer better staff training for dealing with disabled children. At first, the park rejected some of her claims, but eventually came around and offered a chance for Sophie to provide feedback on what could change.

New Park Rules for All 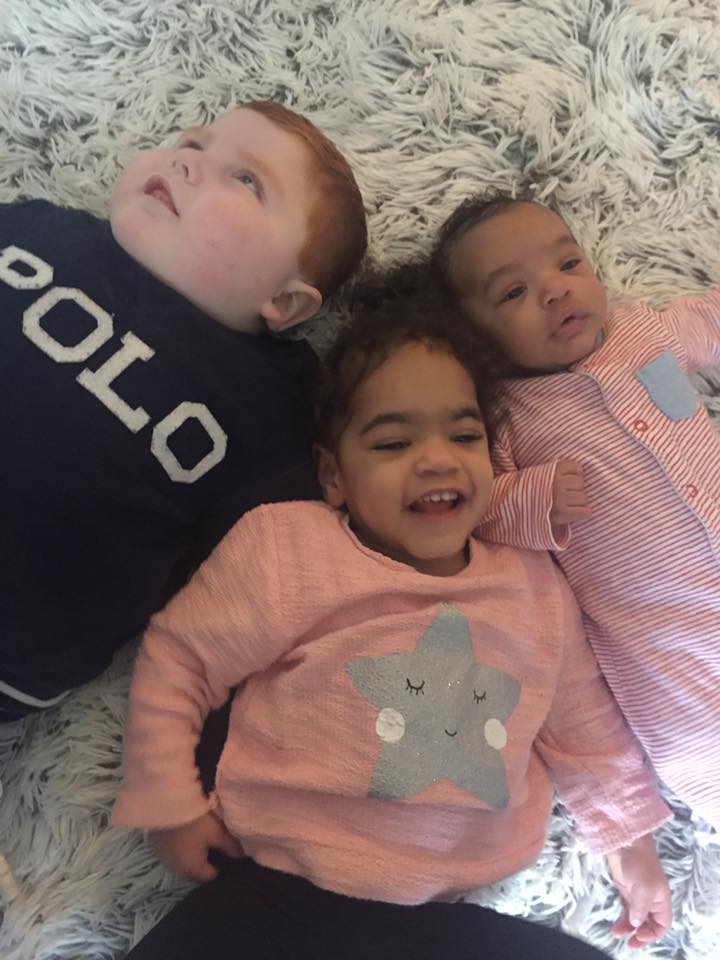 Sophie admits that she was reluctant to meet with the park at first but then realized this was the reason she reached out in the first place. Her hope is to make Gulliver’s Land a welcome place for ALL patrons. We wish her much success!