The Heart-Breaking Story Of The Most Popular Russian Siamese Twins

The story of Masha and Dasha Krivoshlyapova shook the world after they reached out for help for the first time in 1988. The conjoined twins were being held captive and tortured by Russian scientists until they decided to take measures. A British journalist got close to the twins and she revealed everything. You won’t believe what she discovered! 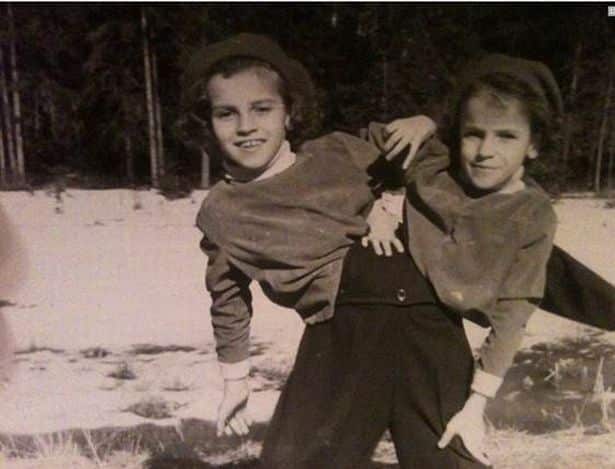 The twins were born in Moscow in 1950 and they were taken from their parents just moments after birth. Doctors have never seen a case like this before, especially since the mother didn’t know that she will have twins. When they were born everybody was in shock and for good reason. 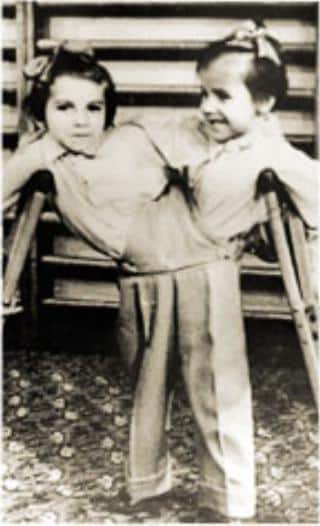 Although the authorities decided to take them away from their mother, by telling her that she gave birth to a monster that died of pneumonia, a nurse from the hospital decided to take action into her own hands. What she did will melt your heart! 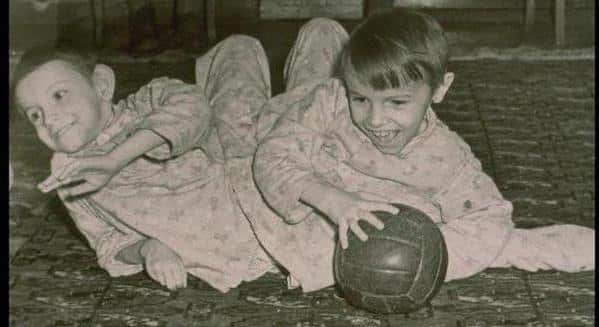 Without having permission, the nurse took the babies in secret and gave the heart-broken mother the chance to meet her children. Although she didn’t agree to give up on her parental rights, they still fell into the hands of Russian scientists. You won’t believe the tragedy that it’s about to happen to these poor souls.

17.  What Made Them Special 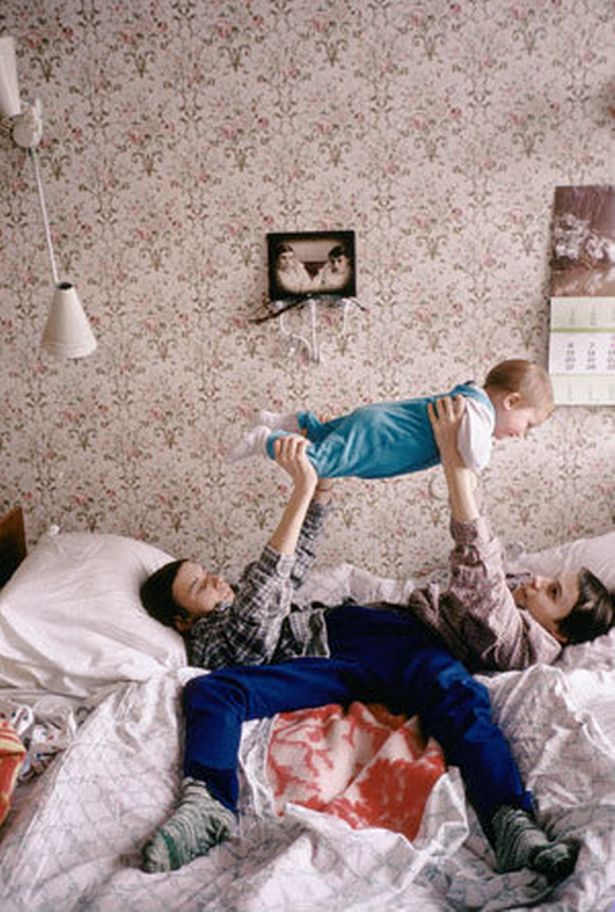 A few weeks after their birth, the twins were taken to a state institution where they spent all of their lives under close surveillance. Because of the rare features they both shared, scientists started to make experiments that unfortunately were legal at that time in Soviet Russia. Here’s how their bodies worked and what made them so interesting.

16. How Their Body Worked 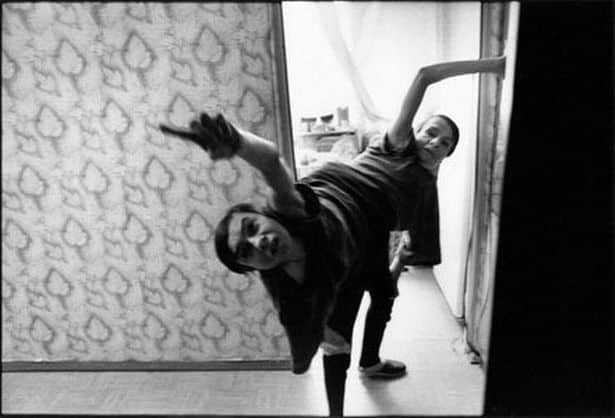 The conjoined twins had different nervous systems but shared the blood system, meaning that one them could suffer from a disease while the other one could be completely healthy. What doctors have discovered will leave you breathless! 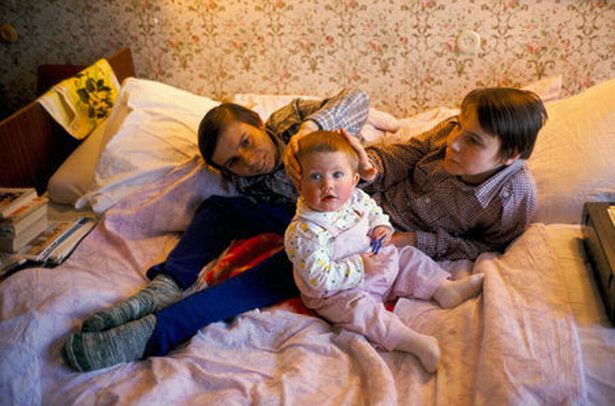 The doctors wanted to see how both of their bodies would react to harsh conditions such as starvation, temperature changes or even sleep deprivation. And this is just the beginning of their suffering. What they endured next is beyond our imagination!

14. Where They Were Held 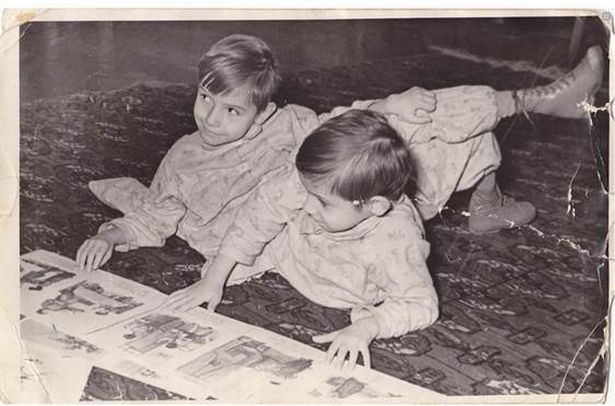 The twins were being held in a mental asylum in a small room that only had a bed, a sink and a toilet. The gates were guarded and they pretty much felt like they were in prison. The lack of food and affection had a striking effect on both their mind and body. But after 20 years of living in such poor conditions, everything was about to change! They took a bold decision that completely changed their lives! 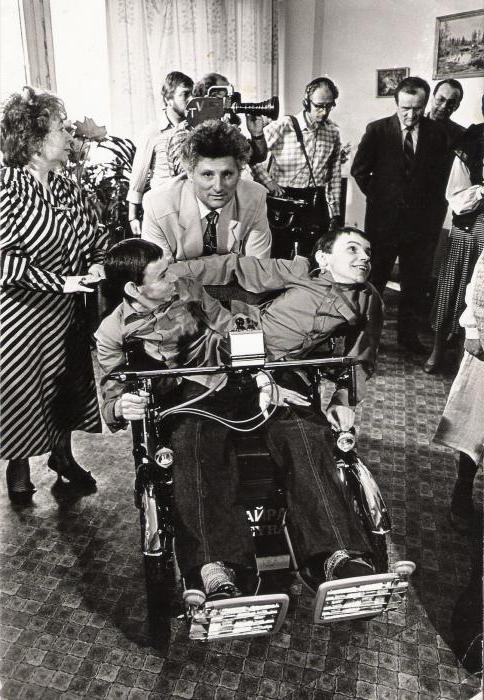 In 1988 they appeared on national television, and they only had one request. You won’t believe what their appeal was all about!

12. Their Complaints And Requirements 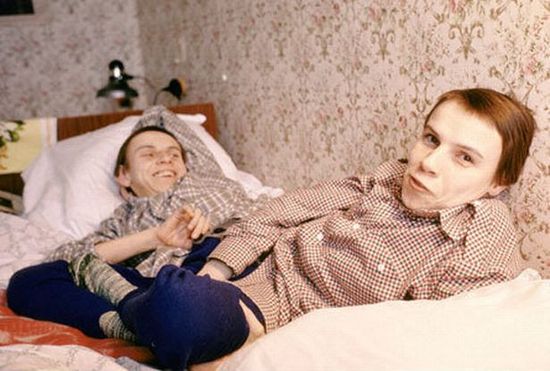 All they asked for was a better room, a cassette player, a computer game and a TV. These were the things that the two of them came up with, mostly because of their different characters and personalities. A British journalist found about their case after this TV appearance and decided to approach them. What she discovered changed her life completely! The reasons the girls accepted to meet up with her will blow your mind! 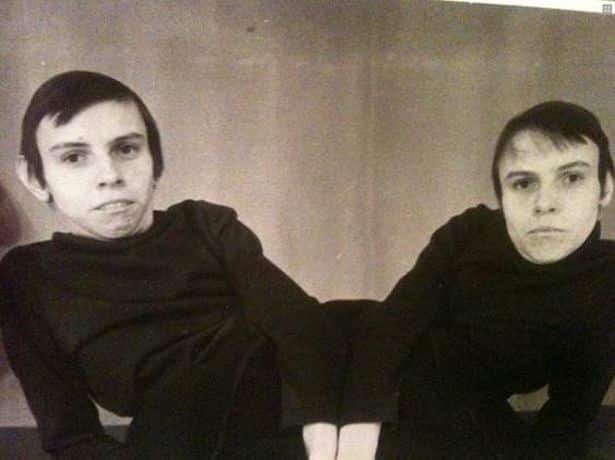 Their first meeting was all about knowing each other, but the striking difference between the two sisters surprised the journalist. Masha was clever and talkative, while Dasha was shy and was planning to use the relationship for her own gain. You won’t believe what she wanted from the British writer. Unfortunately, the end of this story is not what you’d expect.

10. Getting To Know Each Other 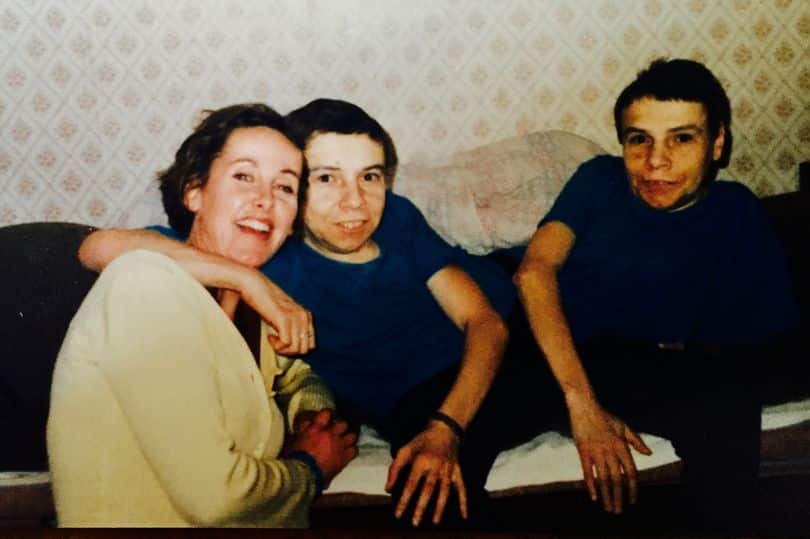 Masha was really friendly and accepted the interview. Her natural charm and funny personality surprised Burler. The other sister, Dasha, was quiet and only asked the journalist to buy her Western Goods. The three of them became friends soon after their first meeting and shared their lives in heart-breaking details. Butler documented everything, including their love lives and how they were planning to get separated. The surprising details about their secrets are yet to come! 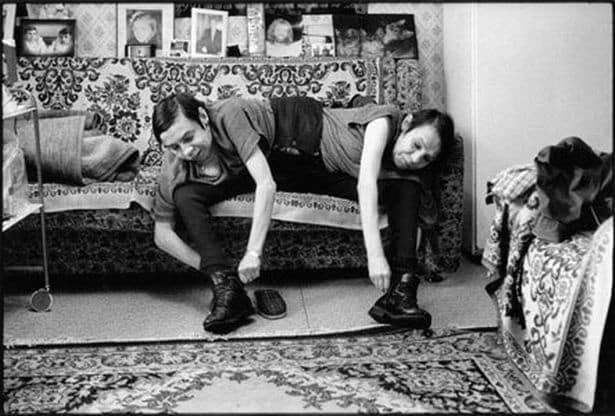 Although Dasha was bullied by her sister all of her life when they reached maturity things were starting to change. 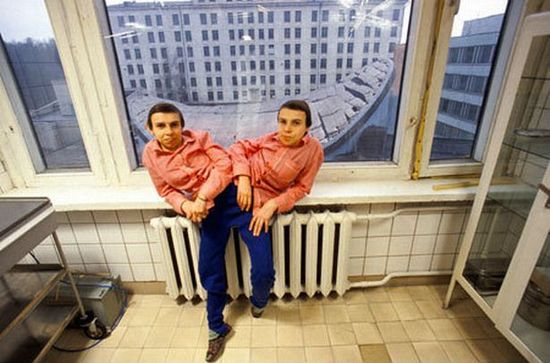 Dasha fell in love with a boy who attended the same classes as her, and although she wanted to be intimate with him, her sister was completely against it. This only brought more pain and resentment between the two sisters. The offers they received from doctors from around the world to get separated were starting to look more and more appealing. But did they managed to live separate lives after all?

7. Is Surgery The Best Solution? 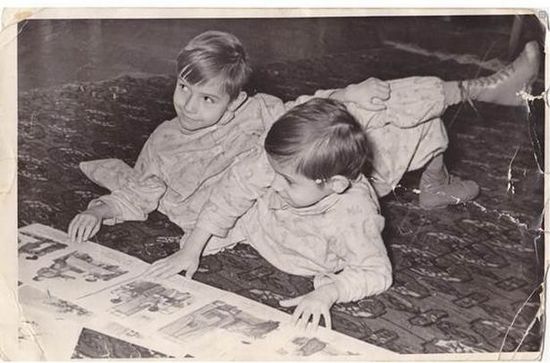 In time the surgical procedures got more advanced so the conjoined sisters were approached by all kinds of doctors. A British surgeon even offered to perform the surgery for free in the late nineties.

6.  The Future Seems Brighter For The Twins 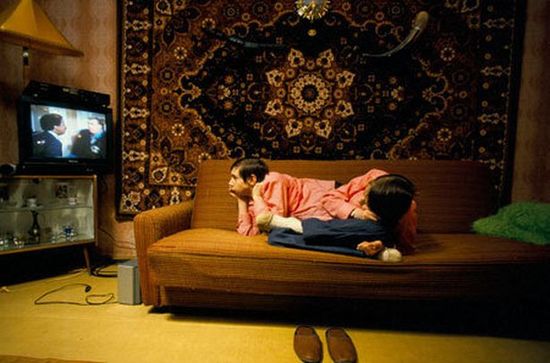 Although Dasha wanted to be separated from her sister more than anything, Masha refused the offer and never talked about it ever again. In the following years, the twins published a book with the help of the British journalist and their lives were once again about to change. What happened next had a huge impact on their lives. 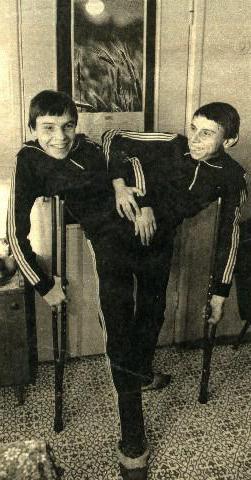 Their book was published in Austria, Japan and even Germany. Being used to poverty, the twins collected all of their money and kept it in their home. But the bad luck doesn’t stop here…

4. But Do They Wish To Change? 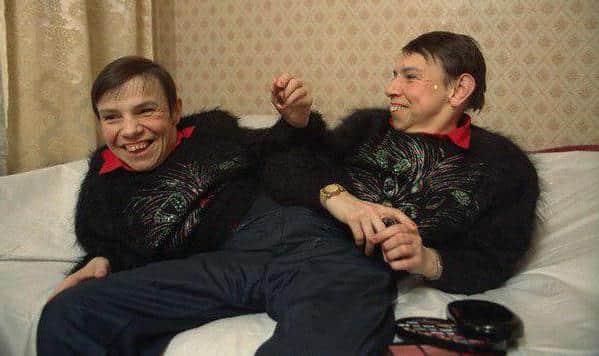 Although they had the means to afford a better life, they didn’t spend much and kept on living like they were used to. Juliet Butler was friends with them for more than 15 years, and the way she describes their pain is truly heart-breaking. 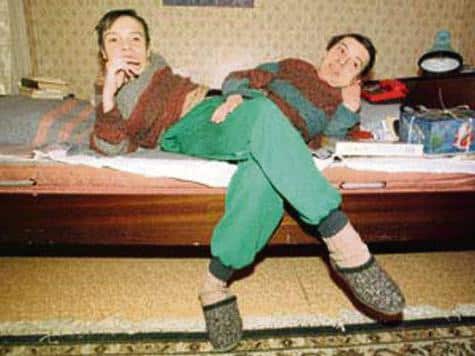 At the age of 53, Masha had a heart attack and refused to let her sister call for a doctor. Her egoism was once again going to bring pain to the both of them! 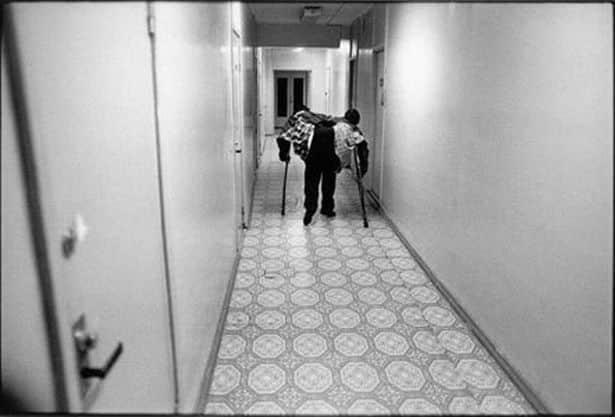 Masha died 17 hours later. Everyone told her sister that she was just sleeping because of the medication that she took. But what happened next is even sadder! 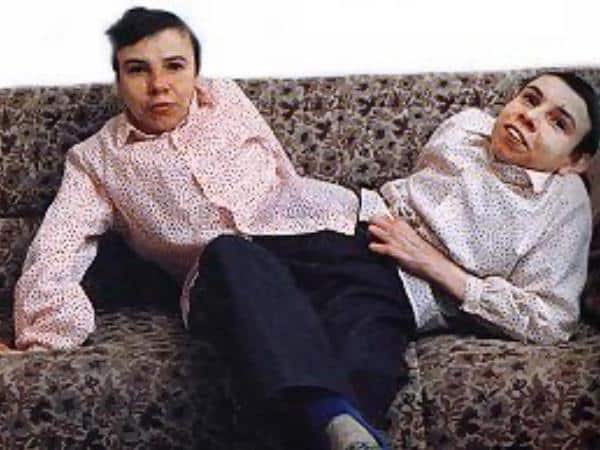 After a few hours, the toxins moved to Dasha’s body and she died as well. After living their lives in poverty and torture, the money they were saving ended up being stolen soon after their deaths.