34 Years of Beating the Odds 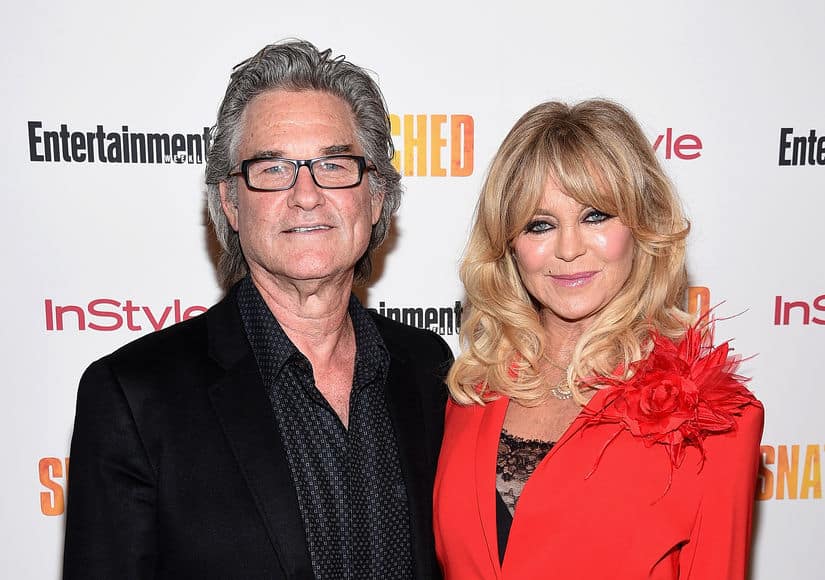 When it comes to knowing the secret to Hollywood relationship success, you don’t have to look much further than Kurt Russell and Goldie Hawn. Together for over 34 years, they are considered to be one of the longest-surviving couples in Tinsel Town. Not ones to be conventional, after three decades together, the couple dropped a bombshell on fans that have left them in shock. 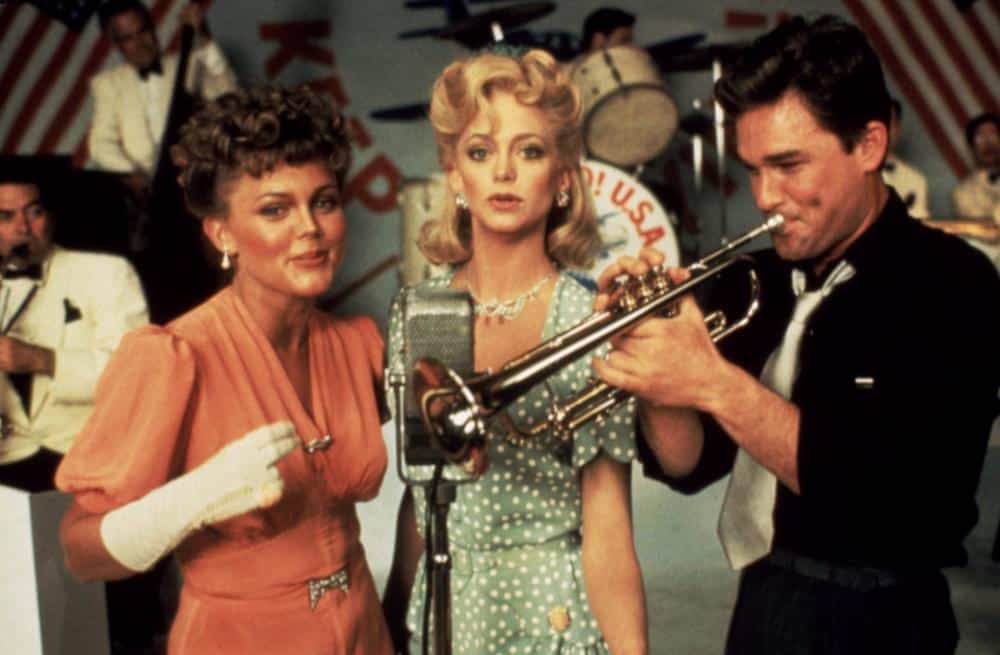 While Kurt and Goldie have spent almost half of their lives together, they actually met long before they went public as a couple. In fact, the duo met over 50 years ago on the set of The One and Only, Genuine, Original Family Band in 1968. 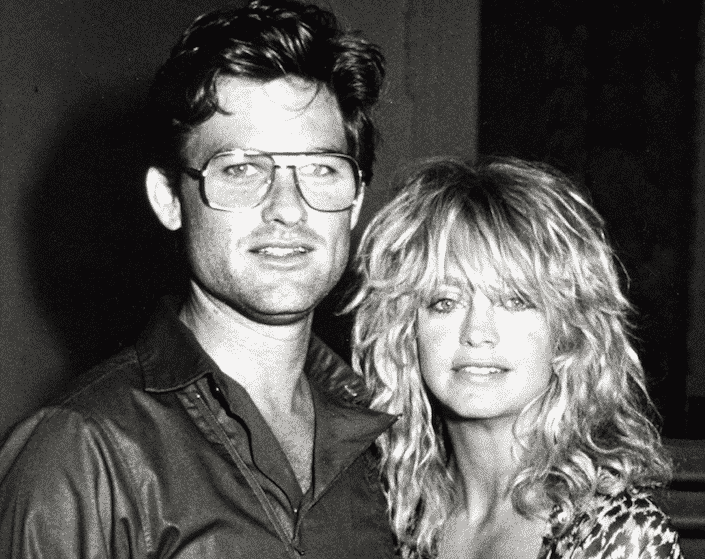 Despite hitting it off right away, the two were not meant to be at the time. Goldie revealed in an intimate interview that their age gap proved a problem then because he was 21 and she was 16. At the time she felt they were both too young to really pursue a serious relationship at the time. 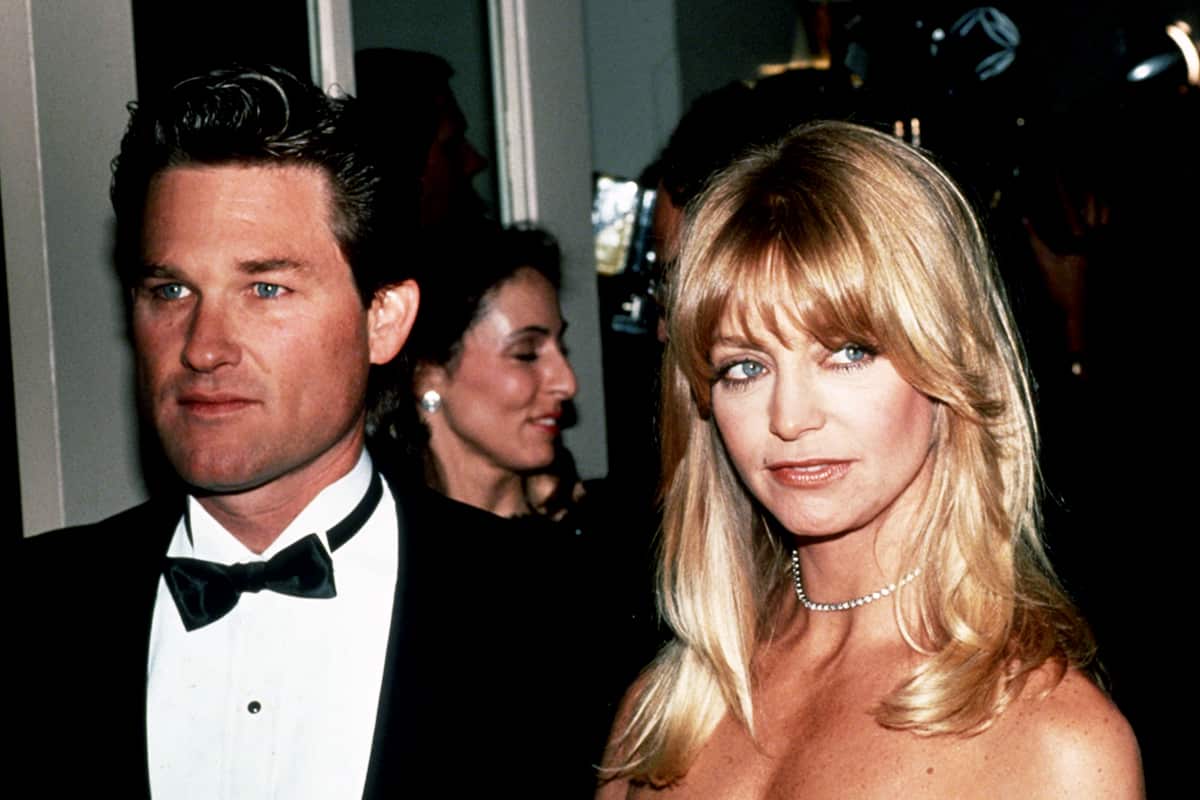 Kurt and Goldie would go on to have very successful careers separately. Goldie even won an Oscar for performance in Cactus Flower only a year after they first met in 1969. This would be the kickoff for Goldie’s career as one of Hollywood’s comedic darlings, starring in multiple films that solidified her career. 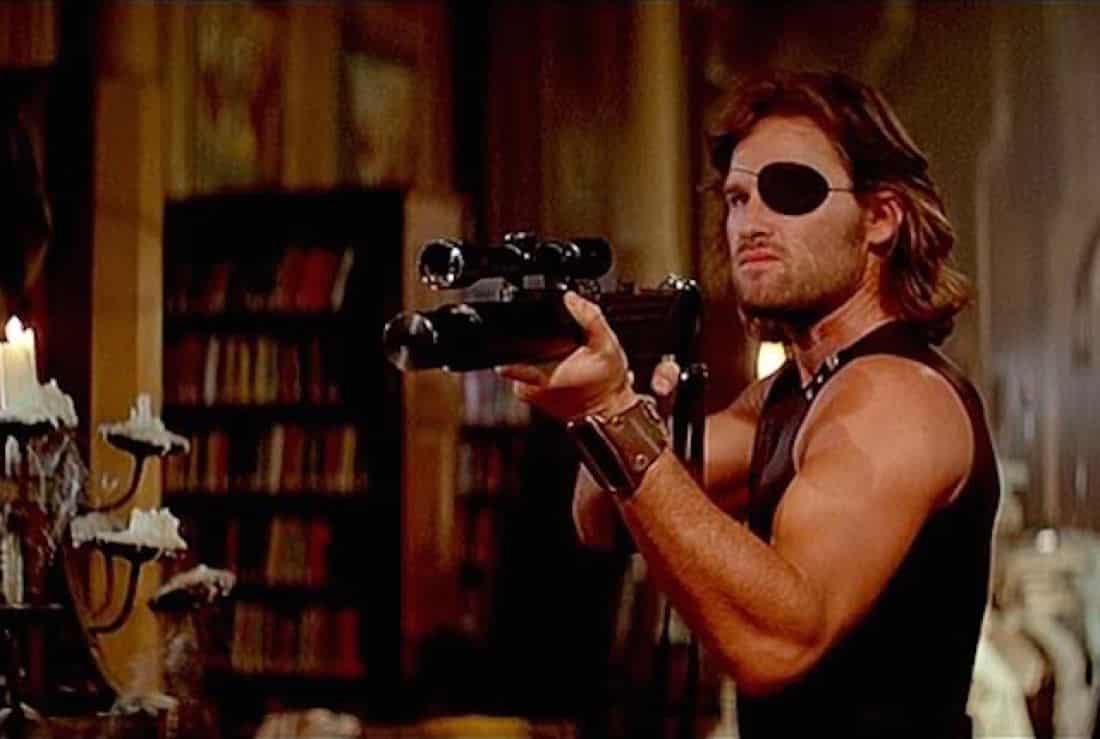 During this time, Kurt Russell was trying to challenge himself with roles that would shake off his child star reputation. In 1981 he teamed with John Carpenter on the film Escape from New York and even went on to horror extremes by starring in The Thing. 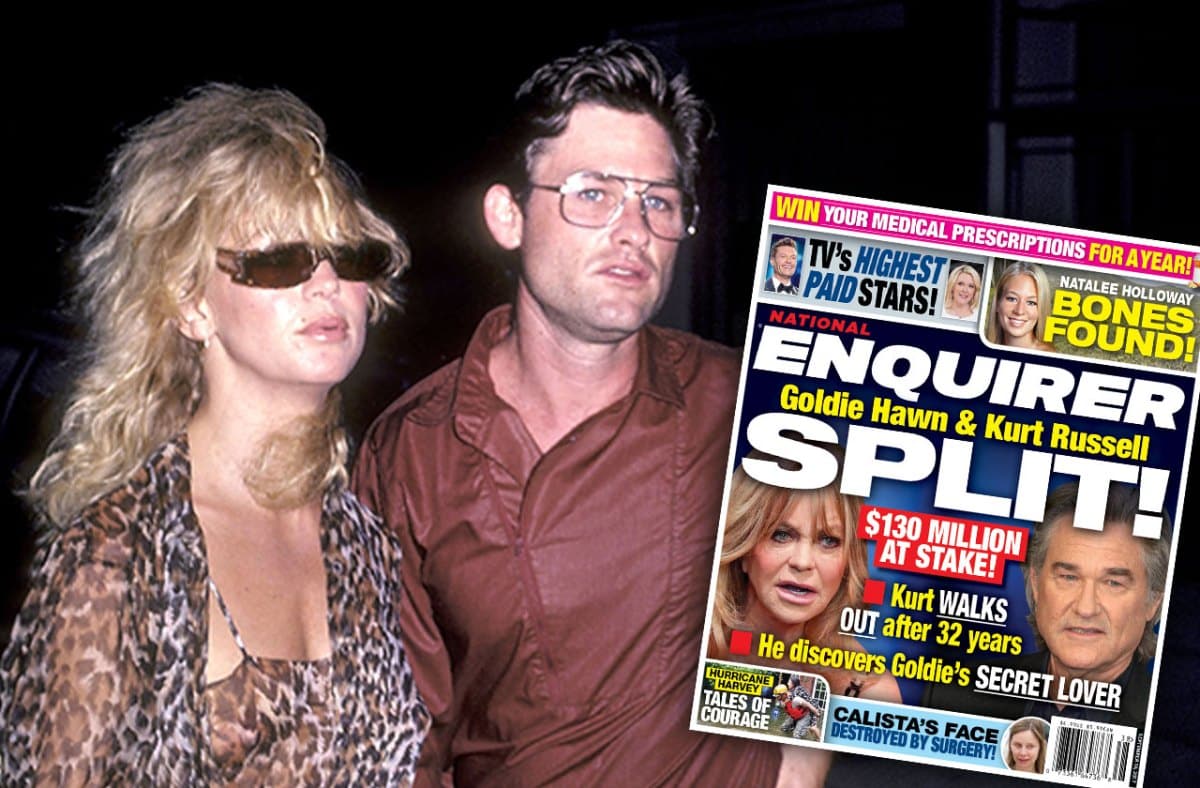 As their careers continued to diverge, Goldie and Kurt found themselves growing apart. Goldie would go through two marriages, one resulting in her two children Kate and Oliver Hudson. As for Kurt, he would marry and have a son named Boston. It seemed that these two were as far apart as could be.

The Universe Had a Plan 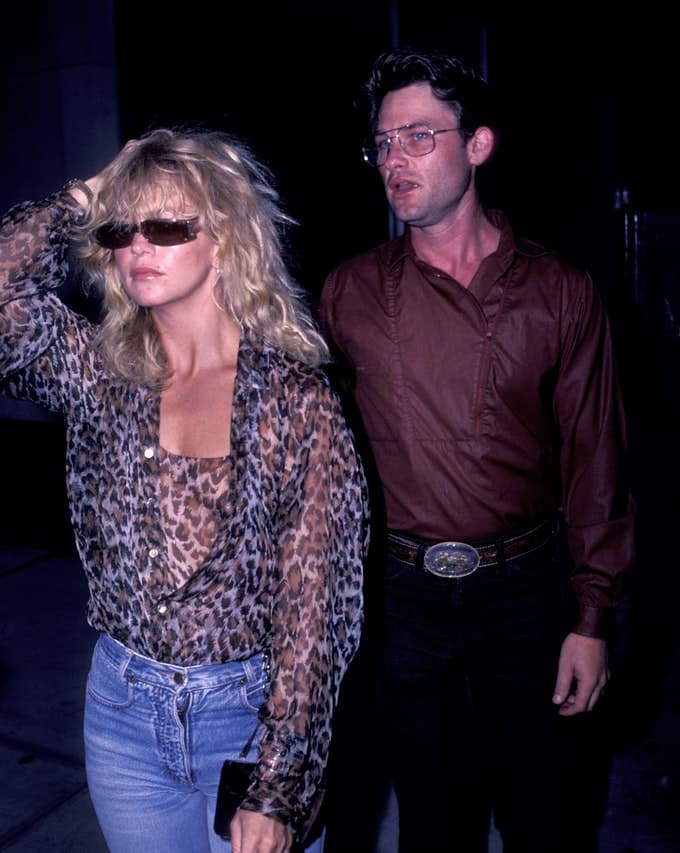 However, time would soon prove to be unlucky in both of their marriages. Hawn divorced her husband in 1980 and Kurt would go on to divorce his wife in 1983. Thankfully, time heals all wounds and the two soon would find themselves drawn back together once again. 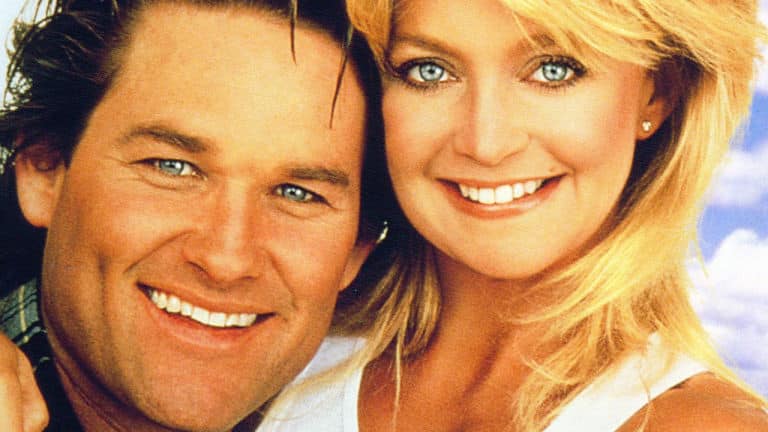 By a chance of fate, the two stars crossed paths again at an audition for the 1983 film, Swing Shift. Kurt revealed he was too hungover to even form complete sentences and ended up blurting out to Hawn, “Man you’ve got a great figure.” We can’t say it’s the subtlest of pick up lines that’s for sure. 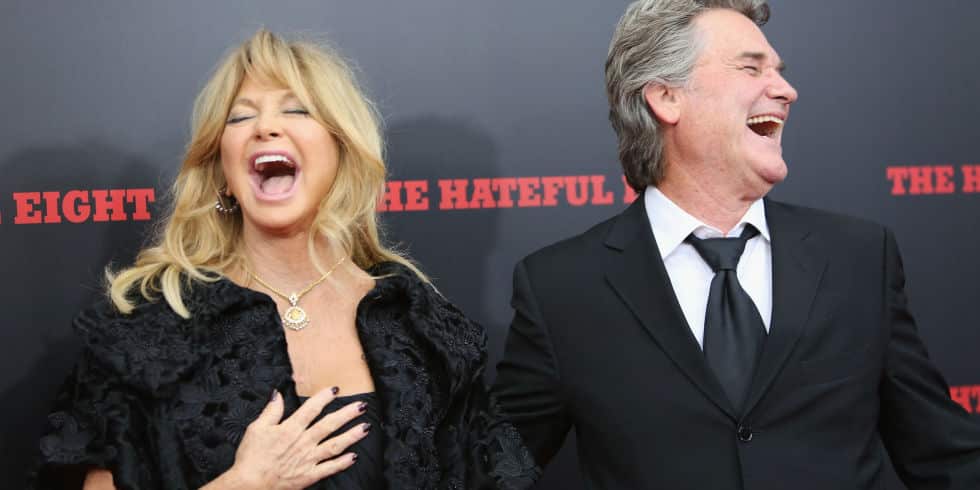 Despite the awkwardness, Goldie found Kurt adorable and they enjoyed their first date shortly after at a swing club. Of course, the night couldn’t go as planned and Kurt had to help Goldie break into her home that night, which resulted in a call from the cops. The date was a memorable one though and kicked off the beginning of their 34-year relationship.

The Birth of Wyatt 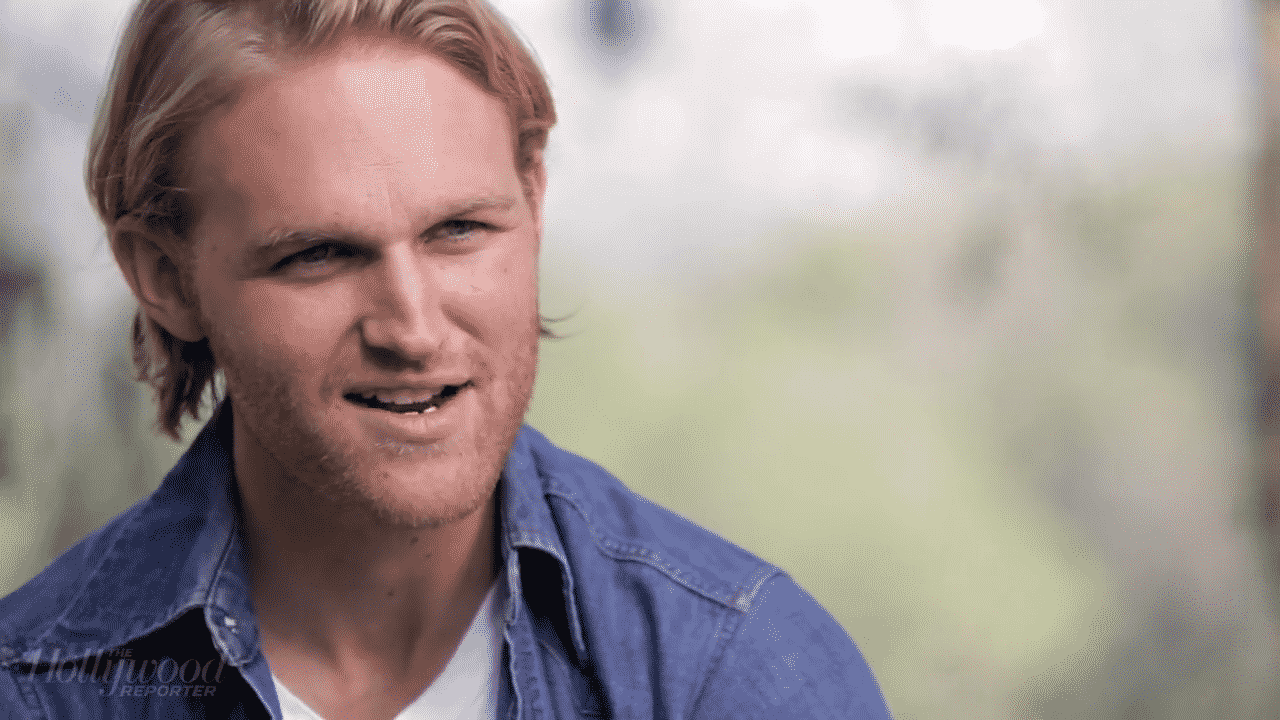 After only three years together the couple would relish in the birth of their son Wyatt who has gone on to star in films after a successful career as a hockey player. They also became stepparents to each other’s children. According to Kate Hudson, she sees Kurt as a true father figure. 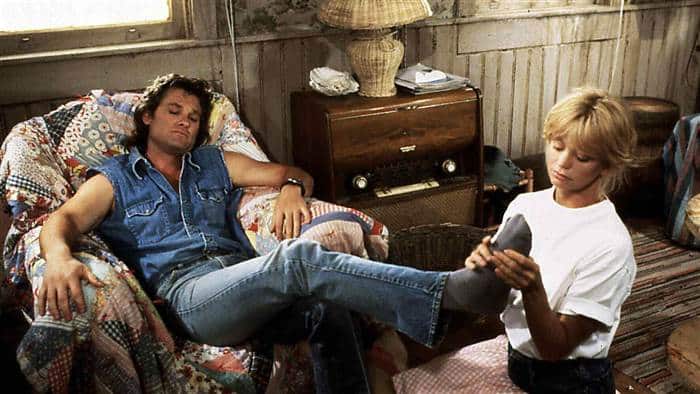 On top of being involved romantically, the couple also starred together in 1987’s Overboard, proving they had amazing chemistry on and off the screen. In a recent interview with TODAY, Kurt briefly mentioned they could work together again someday.

No Marriage in the Future 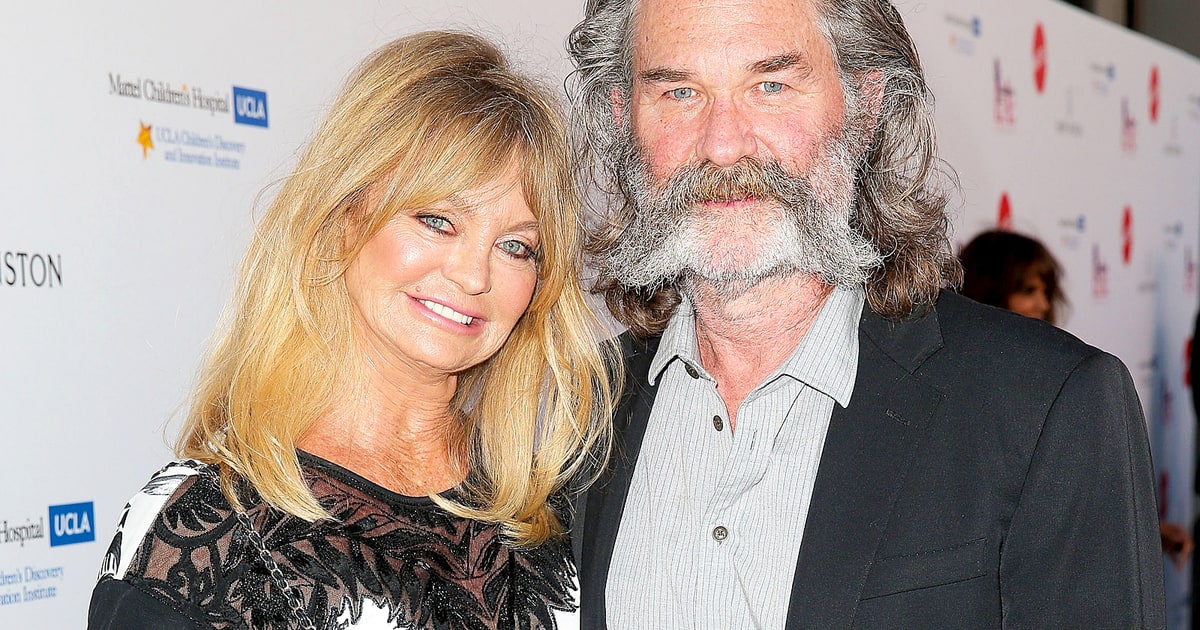 After 35 years together, one thing that Kurt and Goldie have yet do is marry–by the sound of it, they don’t seem to keen on the idea. In a recent interview, Hawn revealed she couldn’t imagine what marriage would actually do for the couple, not to mention that their children even have told them not to get married. However, a greater honor was just around the corner that would bring them closer together than marriage ever would. 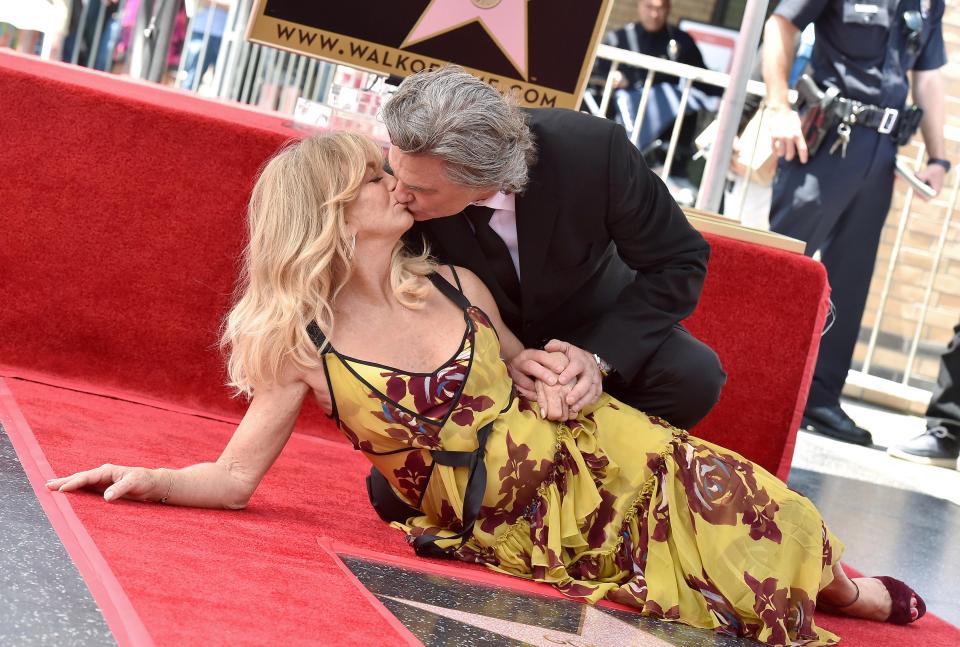 It would be a warm spring day on May 4, 2017, when Goldie and Kurt would walk down Hollywood Boulevard for an event of a lifetime. The two stars were finally receiving their own space on the Hollywood Walk of Fame and, better yet, both of their stars would be next to one another. In the history of the honor, this has yet to be done! 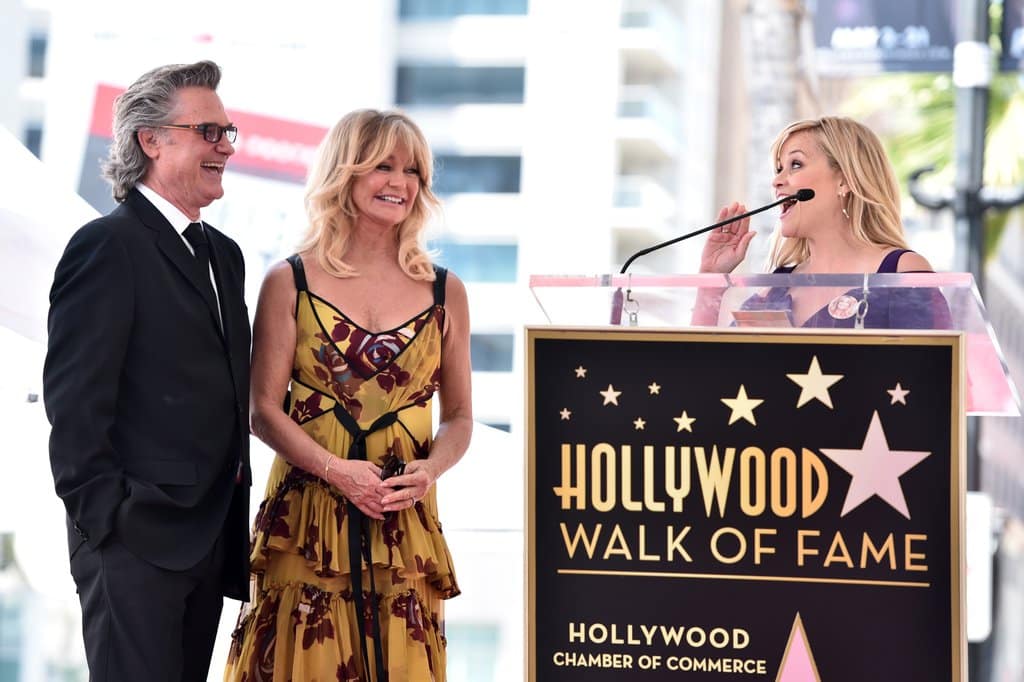 The celebration was an event to remember. The guest list was impressive with Reese Witherspoon and Quentin Tarantino in attendance. However, it was Kate Hudson who delivered an emotional speech that brought tears to everyone’s eyes.

Thank you, Mom and Dad 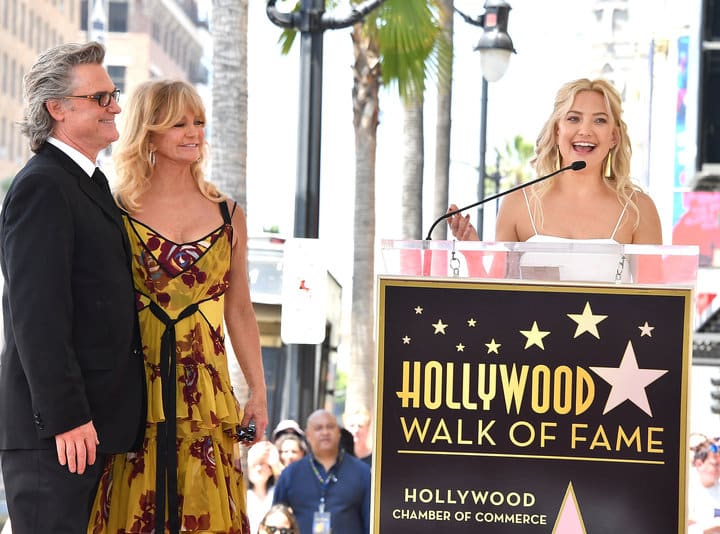 Kate made the following comments at the ceremony: “I always thought I’d be talking about them at like a wedding or something. But since a wedding doesn’t seem to be in our near future, ever, this may be my only opportunity.” She added that, despite her parents’ fame, “they’ve managed to maintain a sense of normalcy and closeness with every one of their children.”

The Jokes on You 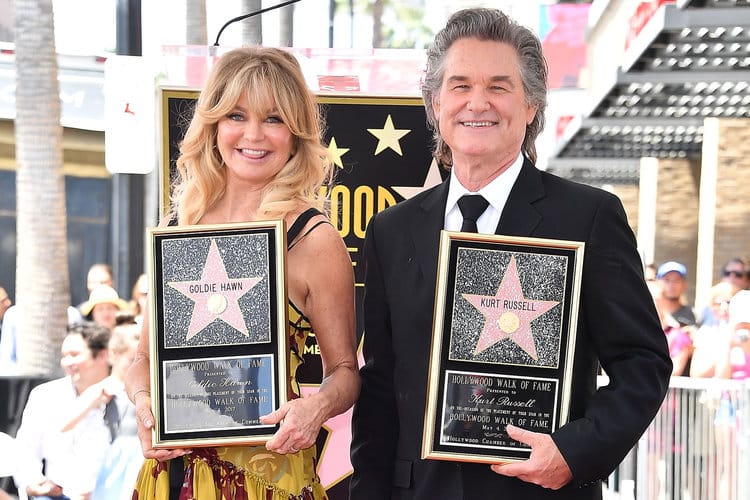 When Hawn took the stage, she too joked about marriage, quipping “We’ve never had a celebration like this before, but I’m not going to pop the question!” It seems marriage for these two is simply off the table. However, you really can’t question 34 years together, can you?

The Big Comeback for Goldie 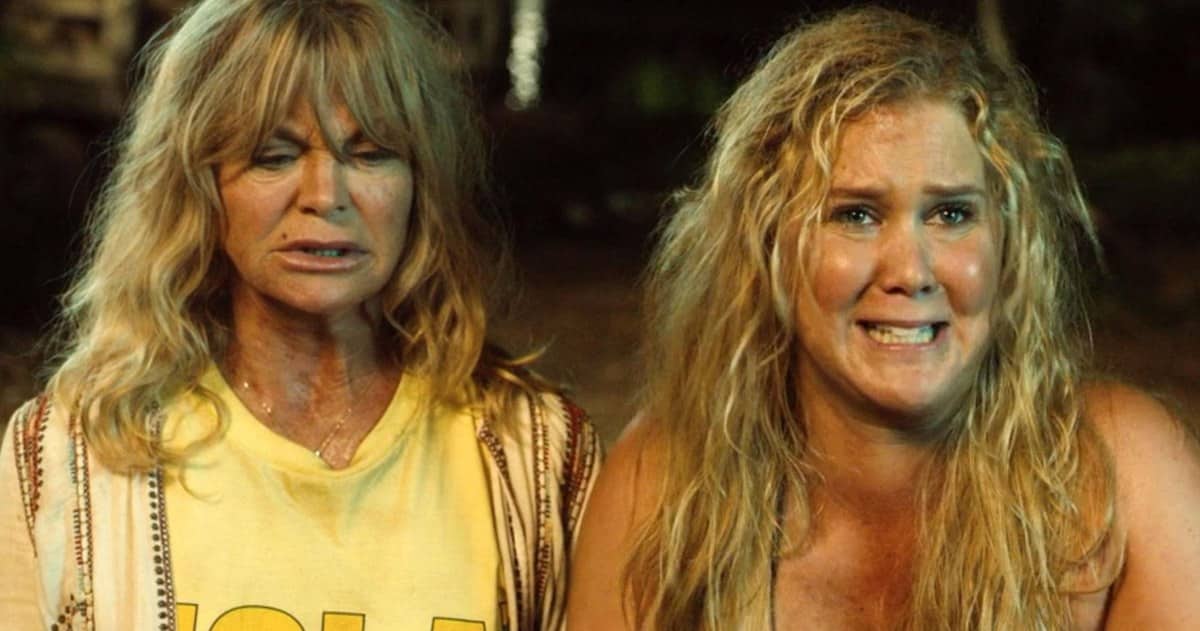 For Hawn, the celebration was a very touching moment, since it occurred one week before her latest film Snatched premiered in theaters. This was a particularly meaningful premiere since it was the first film she’s starred in after a 15-year break from the big screen. 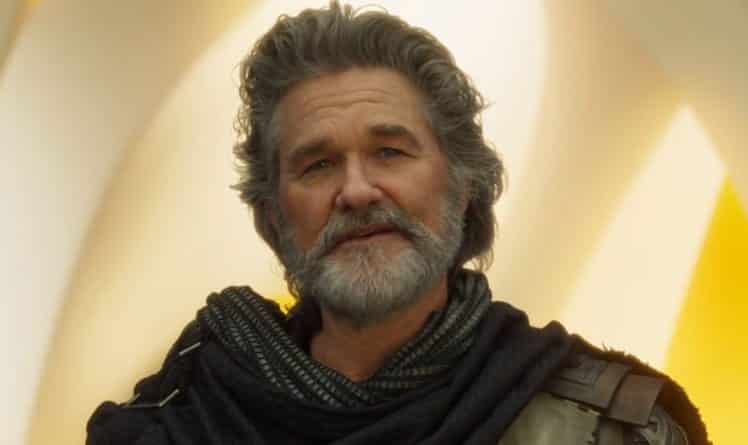 Russell was also riding high on the success of his latest film Guardians of the Galaxy Vol. 2 and kissed Hawn passionately during the ceremony while they posed on the red carpet. When it came time for him to speak at the event, he spent most of his time celebrating Goldie and her success. 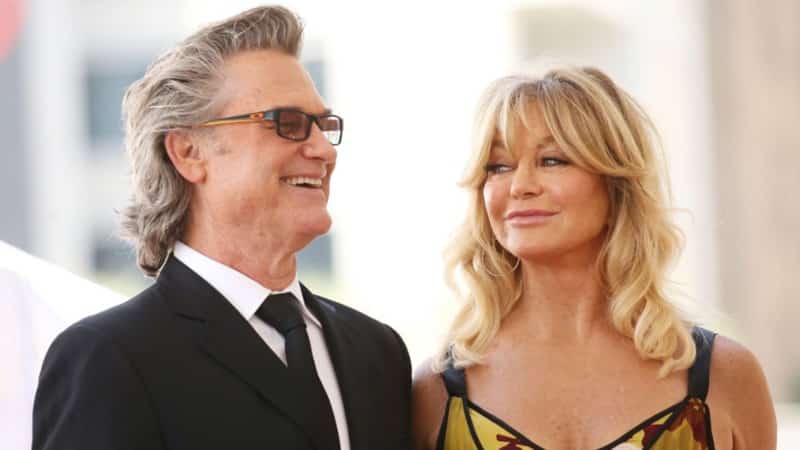 “Goldie, to you, I owe my wonderful life,” Russell spoke from the heart. “Simply put, Goldie, I cherish you. All of the stars in the sky or the boulevard don’t hold a candle to that. There’s no one else I’d rather be next to than Goldie Hawn.”

Many More Years to Come 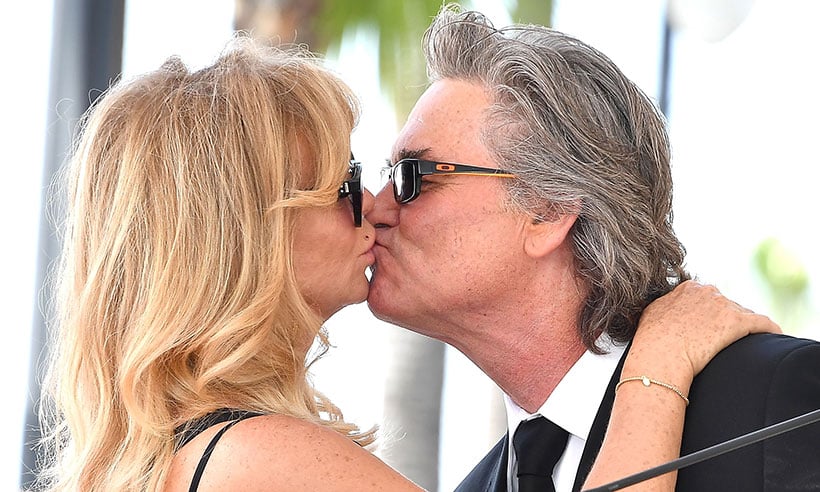 It seems after almost 35 years, this Hollywood couple continues to buck the trend of short relationships and stand firm in their love. We expect many more wonderful, happy years for these two.