A Not So Simple Fix 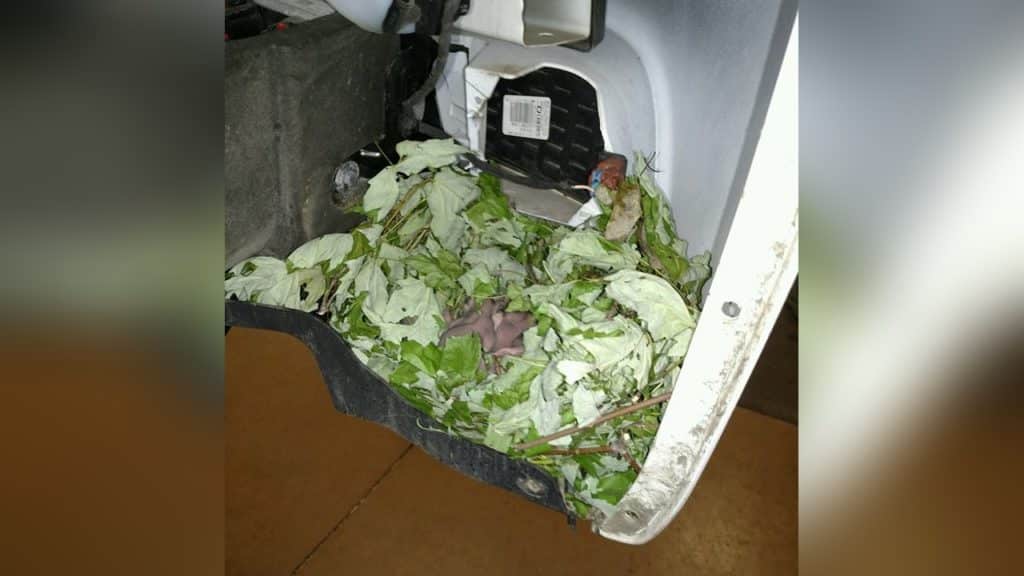 When a deputy took his squad car into the mechanic to fix a broken headlight, he thought it would be a simple fix. However, what the mechanic found was not simple and even worse it was something no tool could fix. To say the deputy was shocked would be an understatement, especially when they uncovered what was actually in the car. 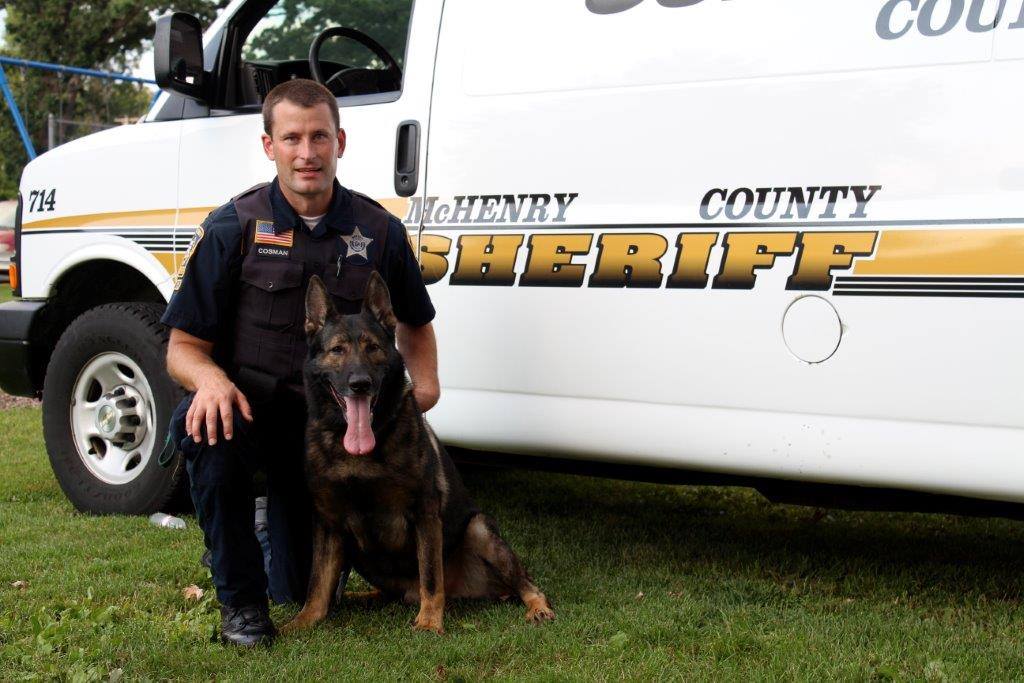 Located in Illinois, the McHenry County Sheriff’s Office (MCSO)  employs around 400 people and considers their officers to be “conservators of the peace.” Recently, one of their deputies became the center of attention, and it was all due to a broken headlight. 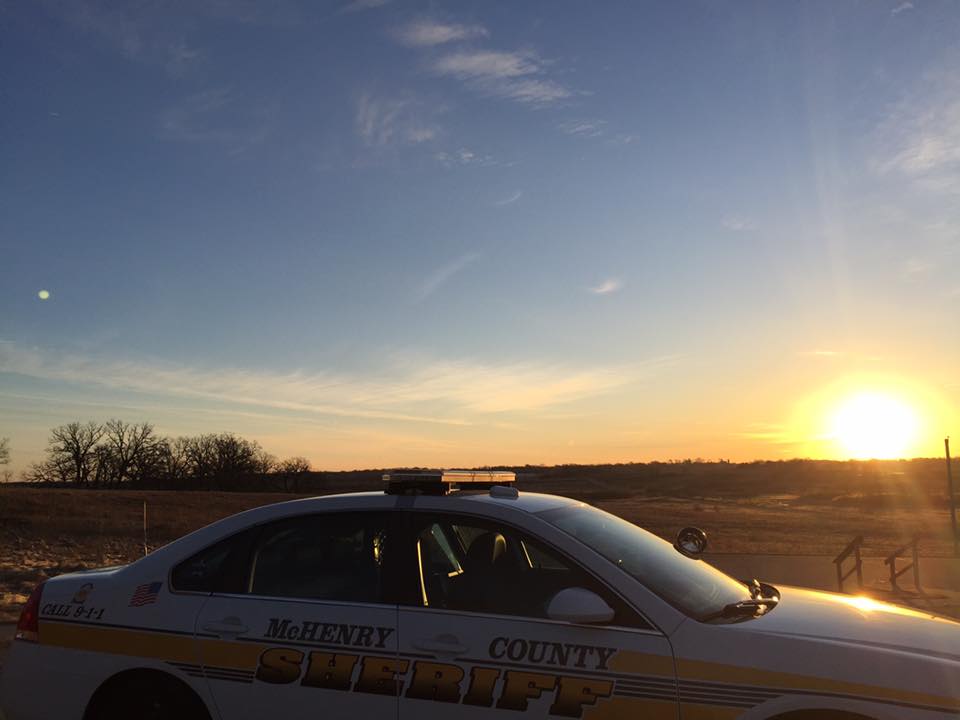 After taking a few days off work, one deputy returned to find a headlight out on his squad car. While it wasn’t something too serious, he wouldn’t be able to take it out on patrol until the problem was fixed.

Something Strange is Found 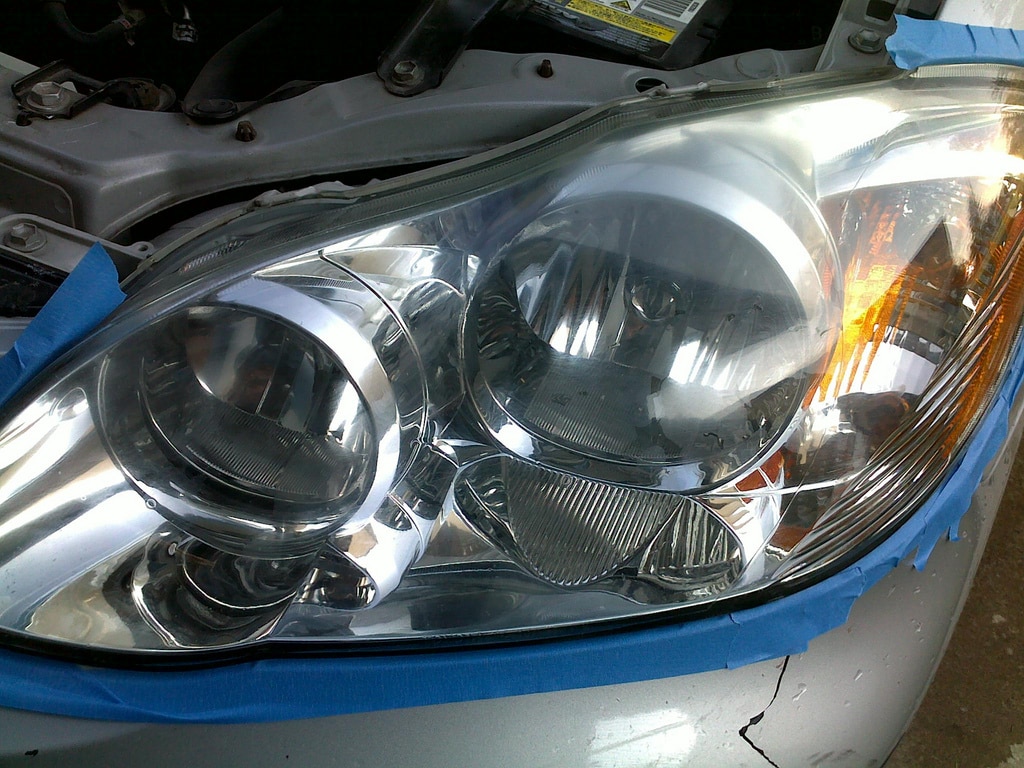 Not wanting to let his squad down, the deputy immediately took the car into a local mechanic. However, when the mechanic opened up the vehicle he found something very strange inside. Honestly, we couldn’t believe it and we doubt you will either. 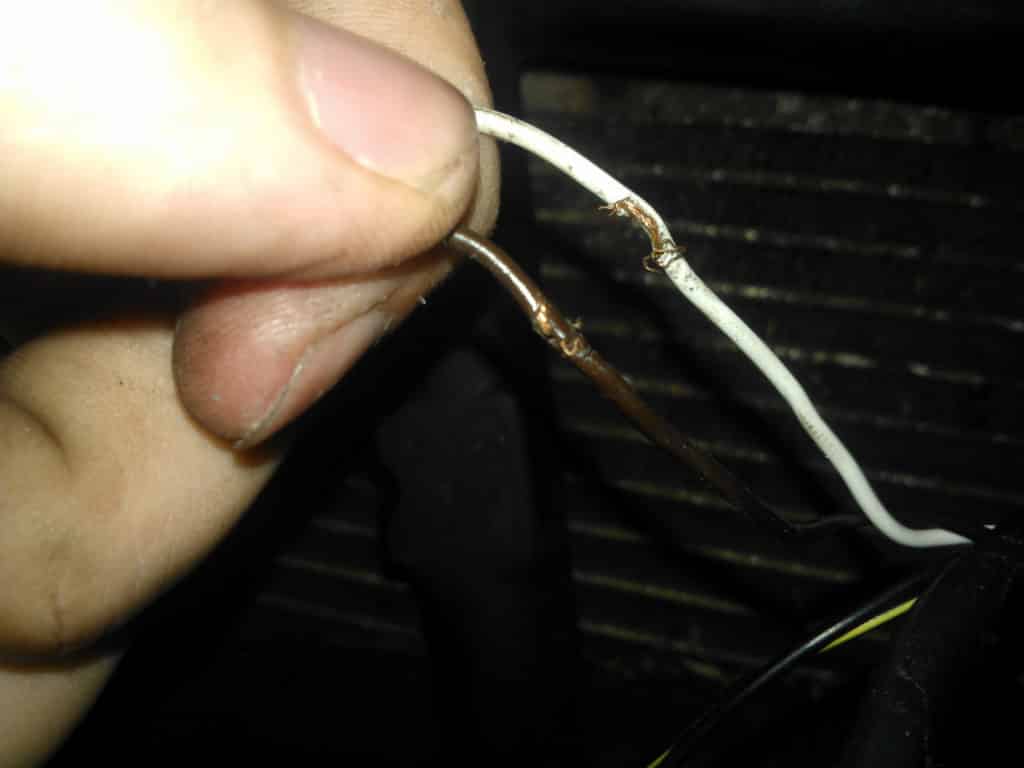 One of the other officers present on the scene, Deputy Sandra Rogers, revealed that the mechanic had started to replace the headlight when he noticed some of the wiring had been chewed through. What do you think could have been nibbling at the wires? 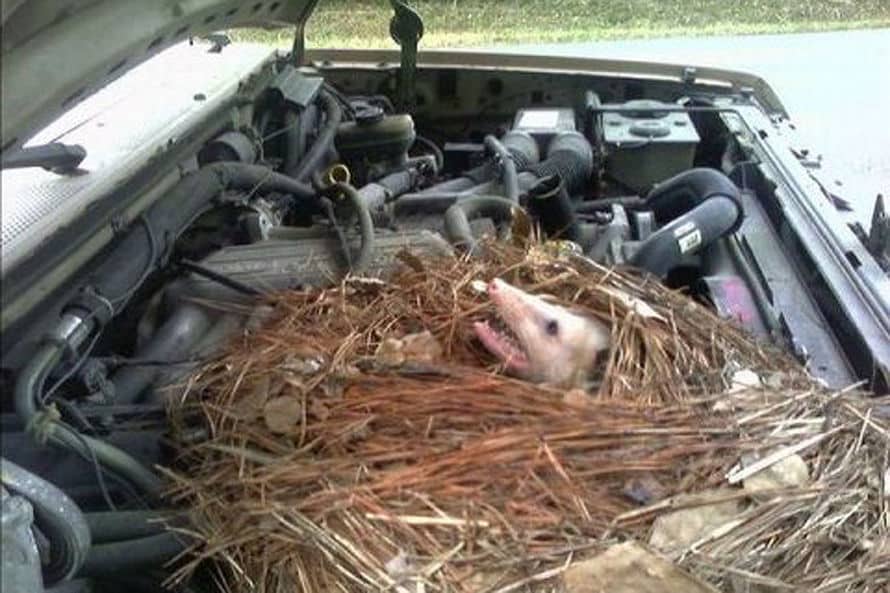 The top suspect was a rodent. The mechanic explained that rats could easily climb into vehicles and damage the wiring inside. However, regardless of the vermin that might have done the damage, it needed to be fixed ASAP. As the mechanic continued to work, he found something else that was rather strange.

Leaves in the Wheel 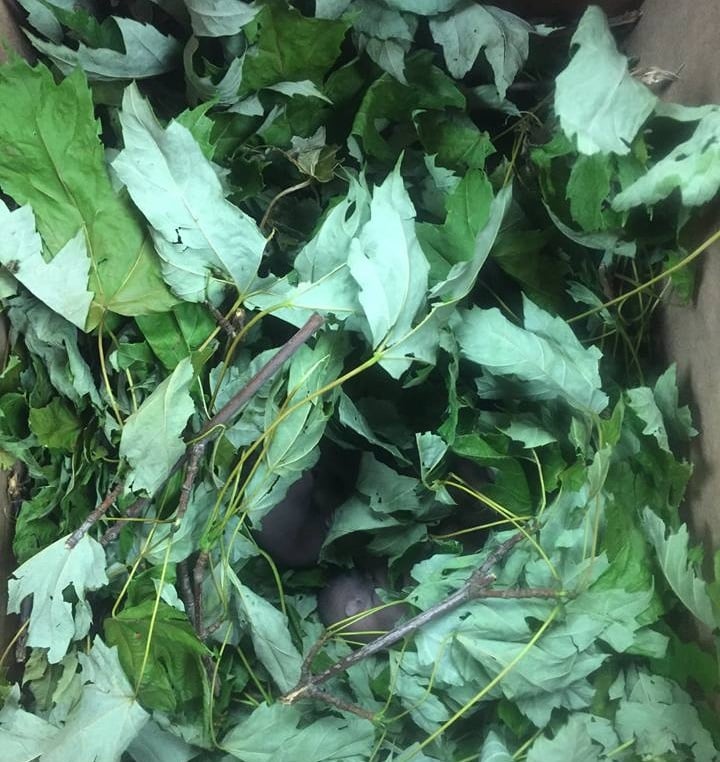 According to Deputy Rogers, the mechanic found leaves inside the car that looked like a nest. As he continued to examine the strange sight, he found what had been living in the car. Wait until you see it!

Apparently, a mother squirrel had squeezed her way into the inside of the wheel arch and set up a nest. While the mother wasn’t around, there were four baby squirrels snuggled up inside the nest fast asleep. It was amazing they were still alive according the mechanic. 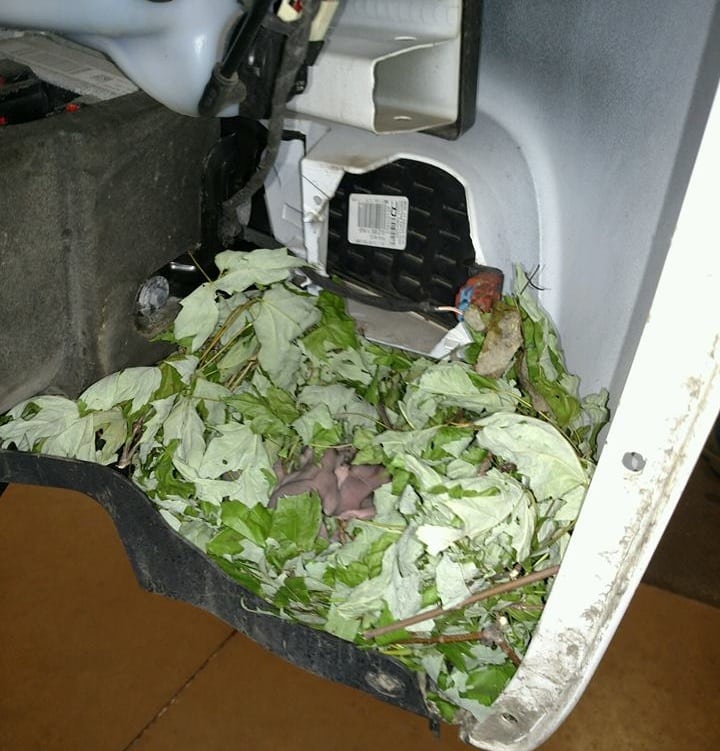 Calling up the deputy, the mechanic filled him in on the situation. Not wanting to miss an educational opportunity, the deputy grabbed his kids and headed to the garage. Who wouldn’t want to see four, cute baby squirrels? 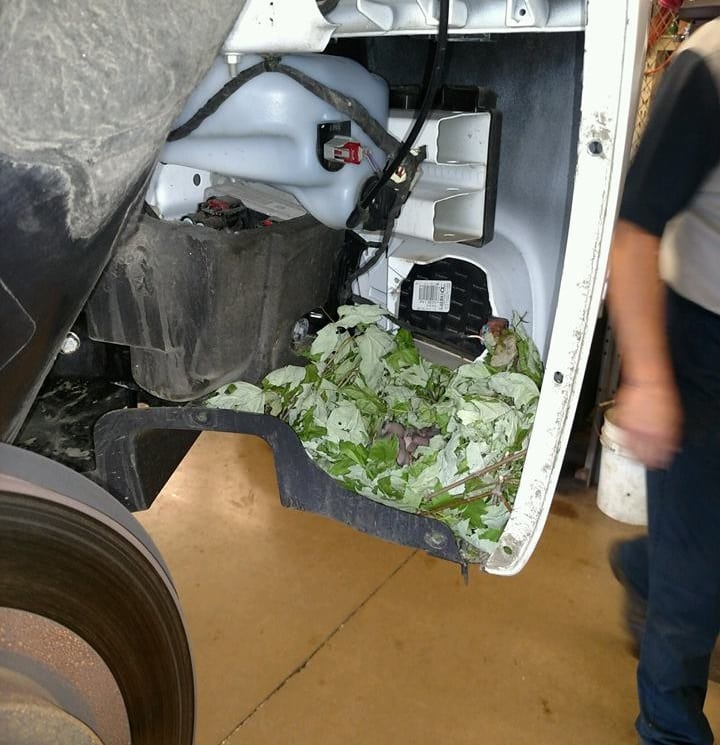 Not wanting to disturb the babies, the mechanic managed to remove the car wheel and move the nest inside. Somehow the baby squirrels managed to sleep through the entire situation, and they were already winning over the hearts of the workers.

Taking the Little Ones Home 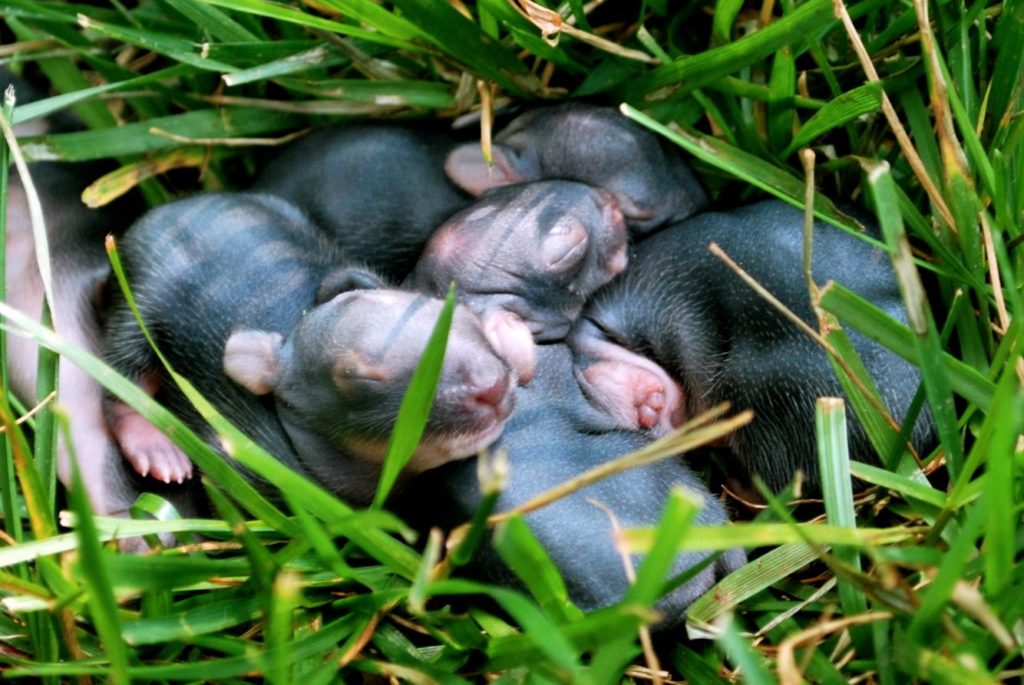 When the deputy arrived, he knew he couldn’t leave the baby squirrels to fend for themselves; therefore, he decided to take them home. Could this officer be any more kindhearted? The babies didn’t even open their eyes, just snuggled in a circle all the way home. 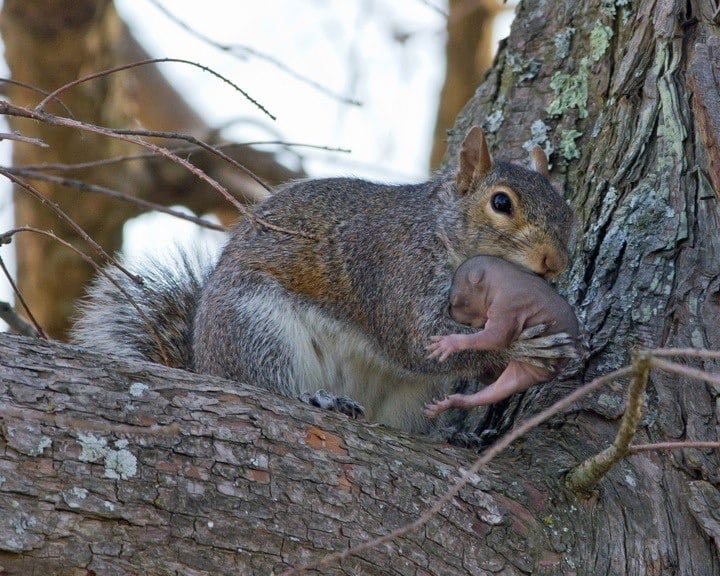 The deputy’s plan was to reunite the babies with their mother. He hoped she would return to the same spot his squad car had been, so he placed the nest there and waited. Thankfully, the plan worked like a charm and the mama squirrel soon appeared.

Why Did She Do It? 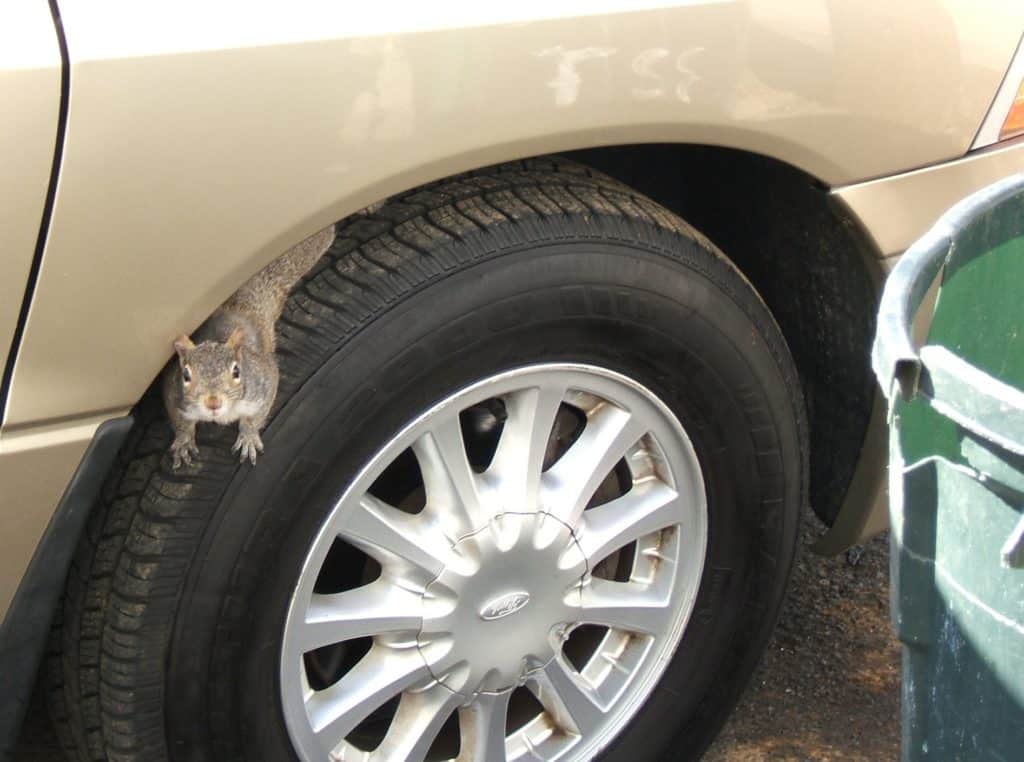 Gathering up her babies, the mother squirrel quickly scurried off to find them a new home. However, one has to wonder why she chose to put the babies in a wheel arch? Well, according to experts, squirrels are attracted to the heat, making it the perfect place to keep her babies warm.

The Warmth of the Car 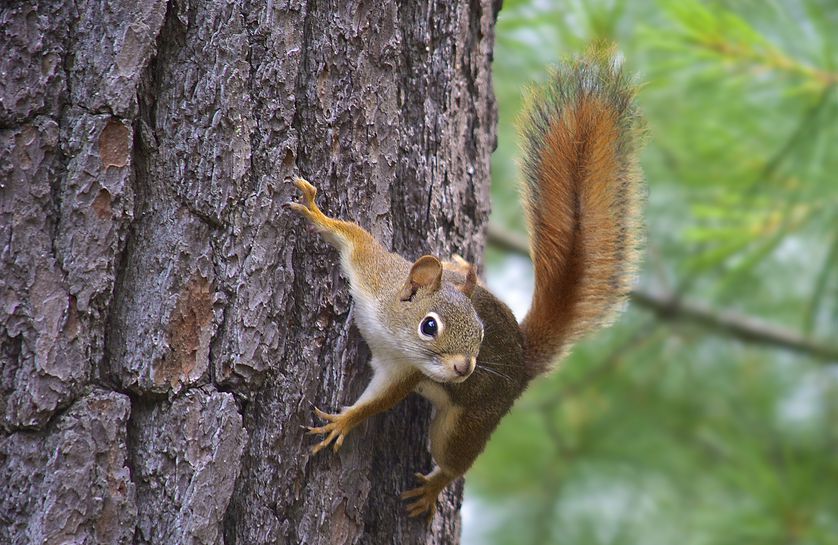 One site explained, “They’re attracted by the warmth of the engine, which creates a cozy place for them to nestle. Squirrels create a fine mess once they bring in nuts, acorns and nesting material.” 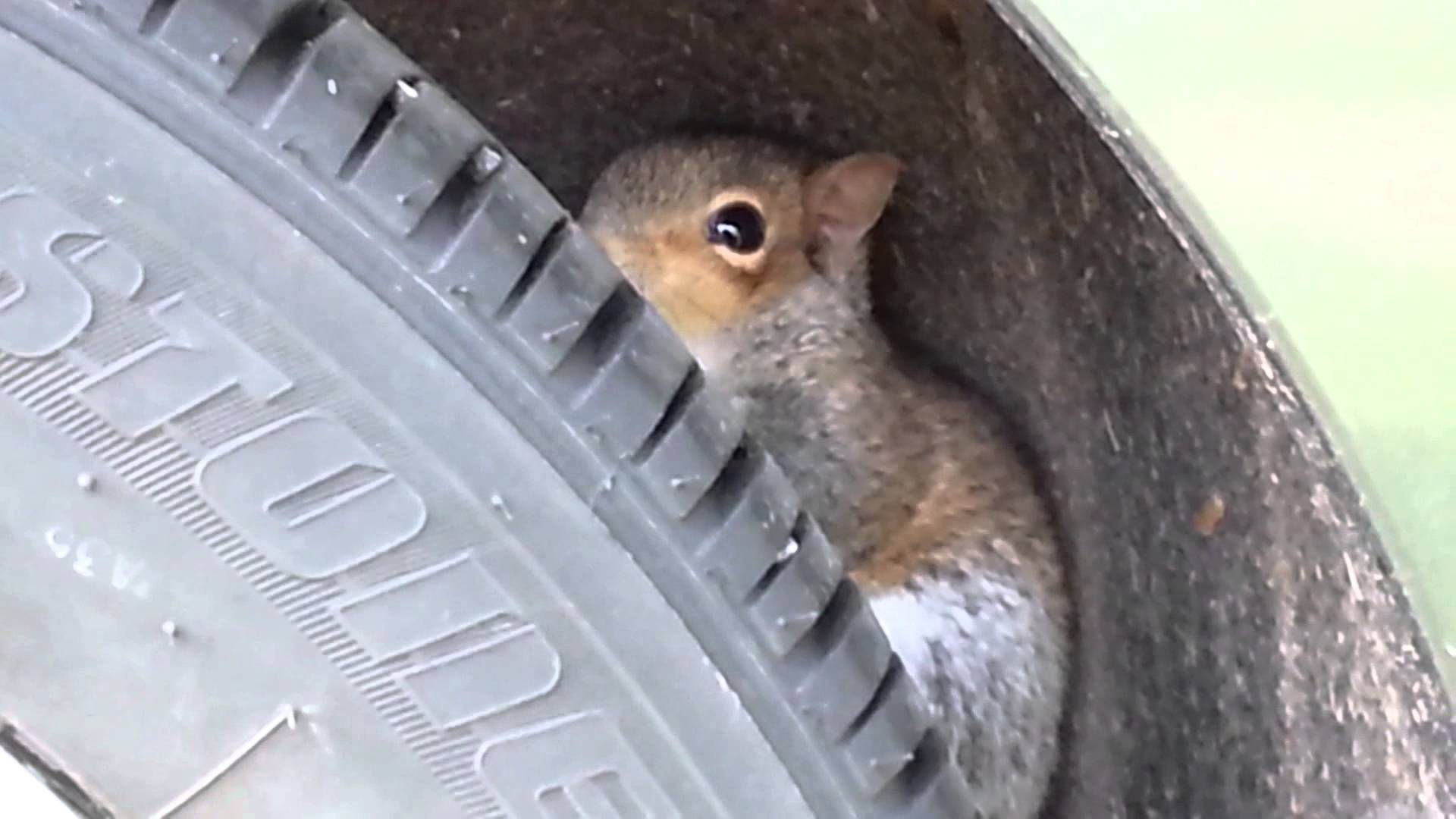 Interesting enough, many rural areas are prone to having rodents like squirrels nesting in their cars. Apparently cars are considered the perfect nesting ground, which is why its recommended you park in an area where the car will be cool and less attractive to animals wanting warmth. 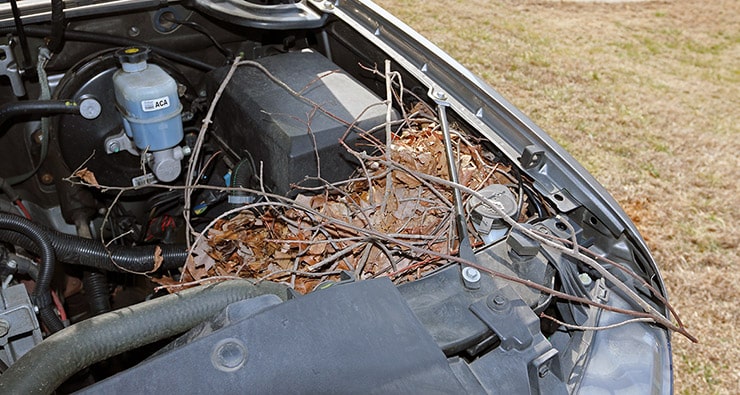 Another issue is chewing. Since squirrels and rats love to chew wiring, it’s recommended you spray down your wires with a flavor deterrent such as apple spray. This can be purchased at most vets or pet stores. 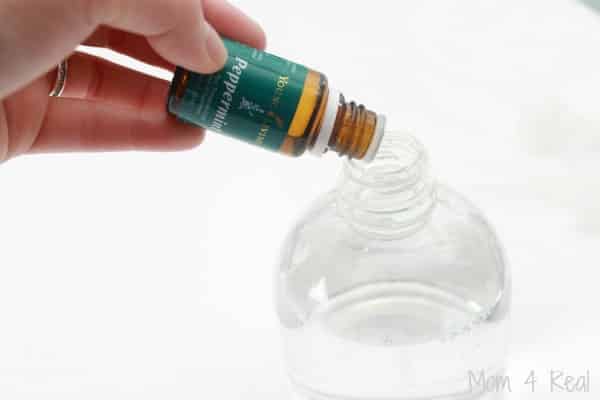 Some websites claim that squirrels hate the smell of peppermint and curry as well. Although, it’s important to know peppermint can be harmful with small pets, so you want to be sure that you keep such sprays away from them. 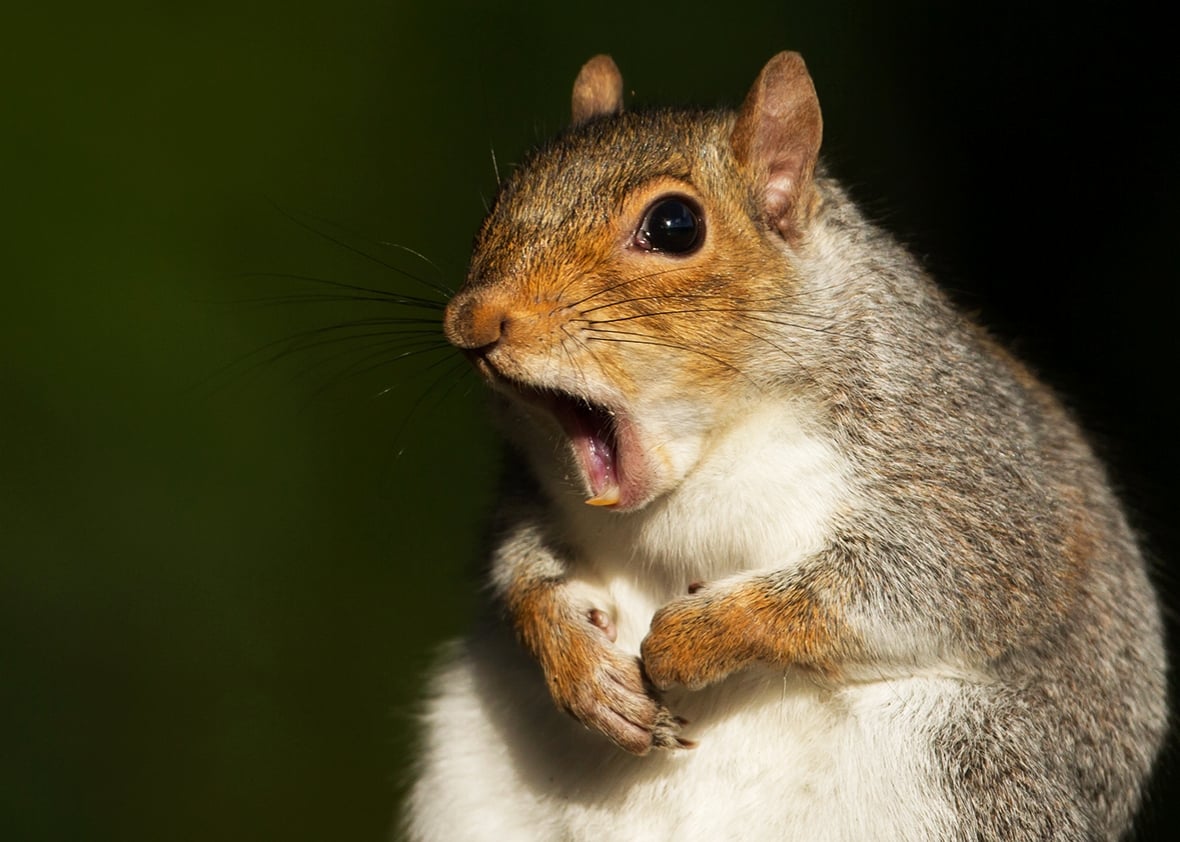 Another method to rid yourself of potential squirrel damage is to use the scent of a predator. Sprinkling used cat litter in the car will intimidate the squirrel and keep them from nesting. 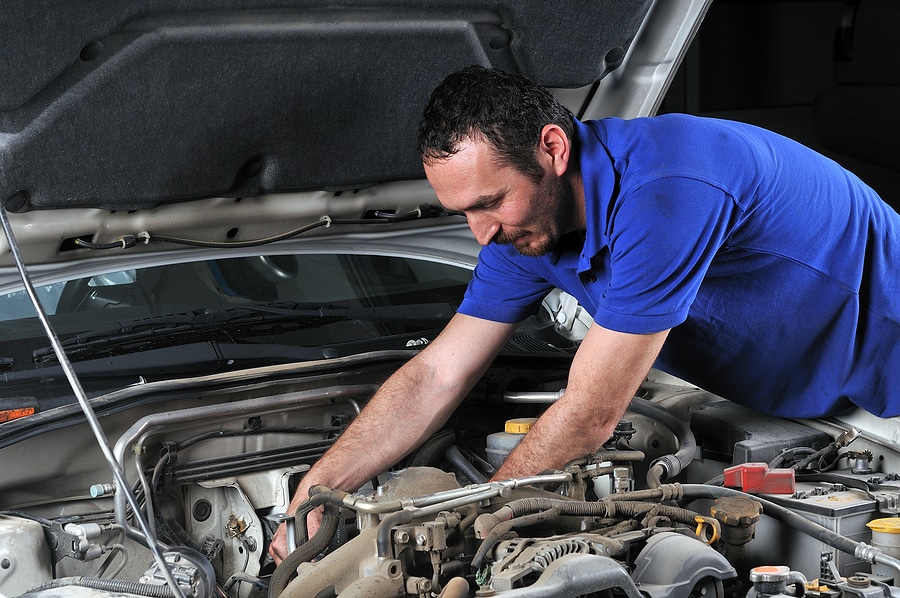 However, it’s important to be sure you consult with a mechanic before you start spraying and sprinkling anything inside your vehicle. It’s possible you could damage the car more by trying to keep animals away. 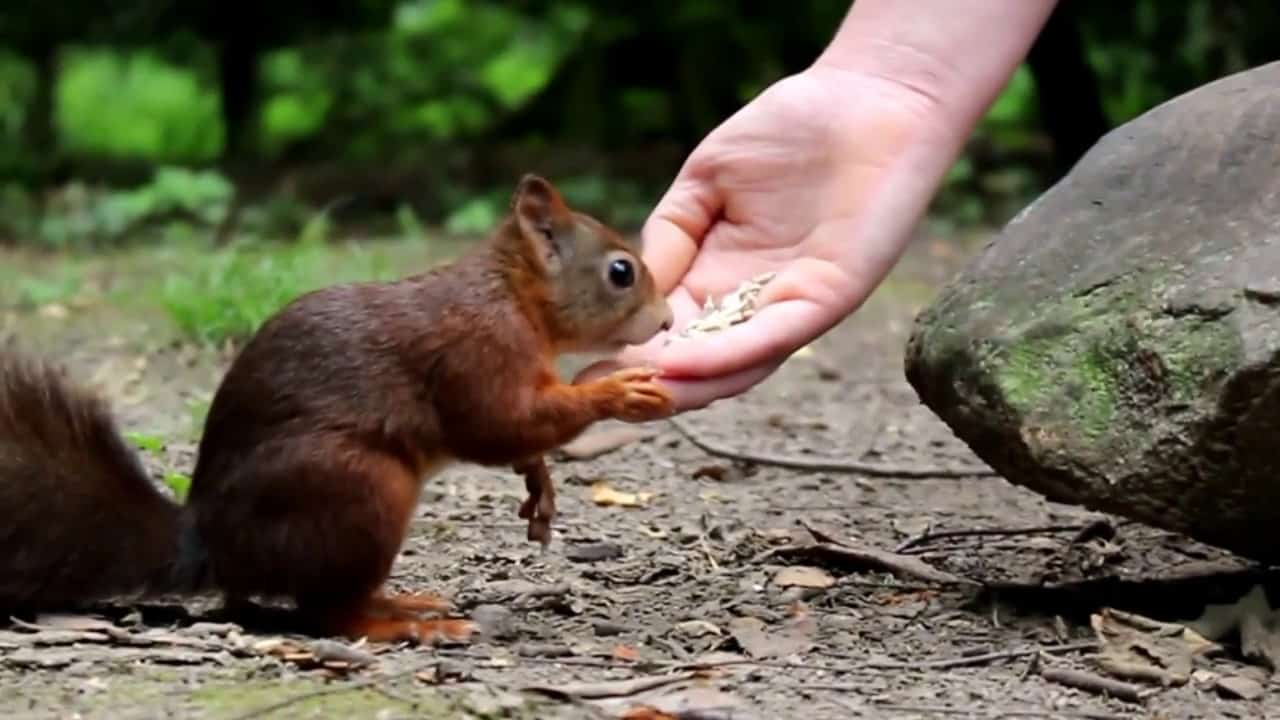 While most people wouldn’t consider a squirrel’s life worth saving, we have to say we’re touched by the deputy and the mechanic who made sure the babies were left unharmed. Now they can grow and live out their lives in peace. Although, we will definitely be checking under our hood and in our wheels from now on.