Rude Neighbor Blocks Old Man’s Driveway With Cinder Blocks, So He Teaches Him A Lesson 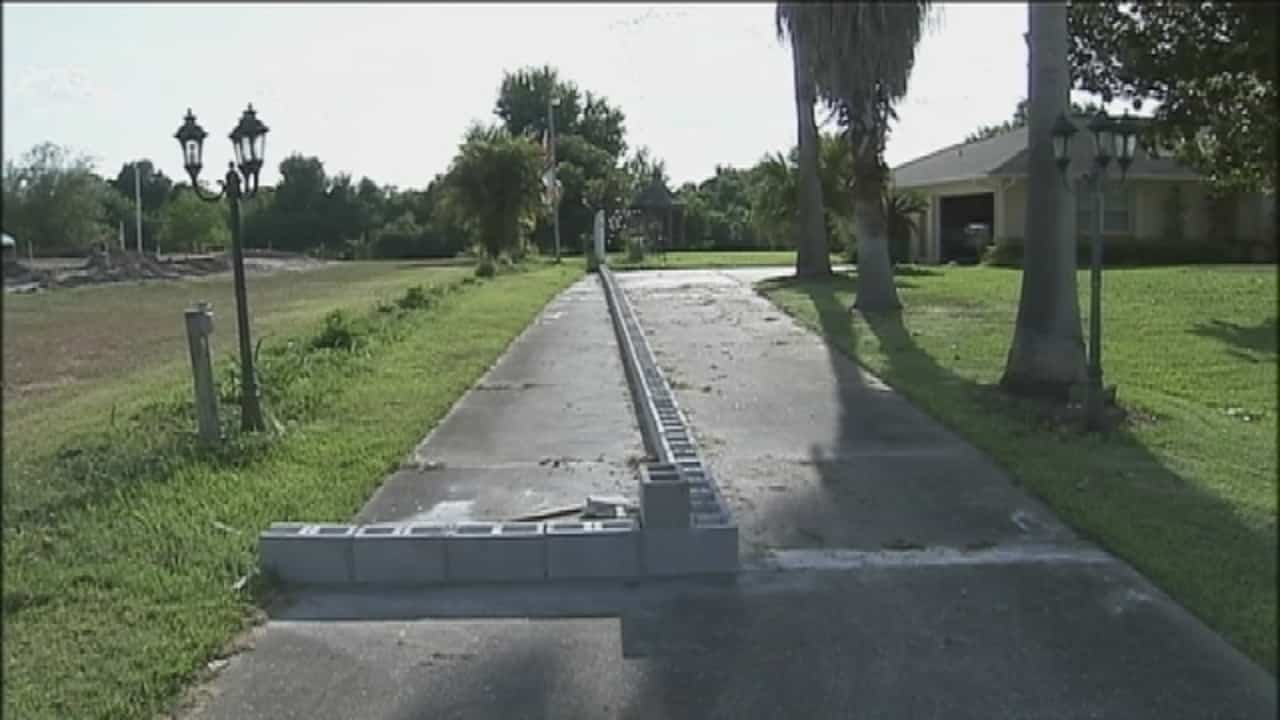 When an elderly man came home one day, he found himself facing a shocking predicament. Someone had come and blocked off half of his driveway with cinder blocks. Who could ever do such a thing? And most of all, why? Well, you won’t believe it. Trust us! 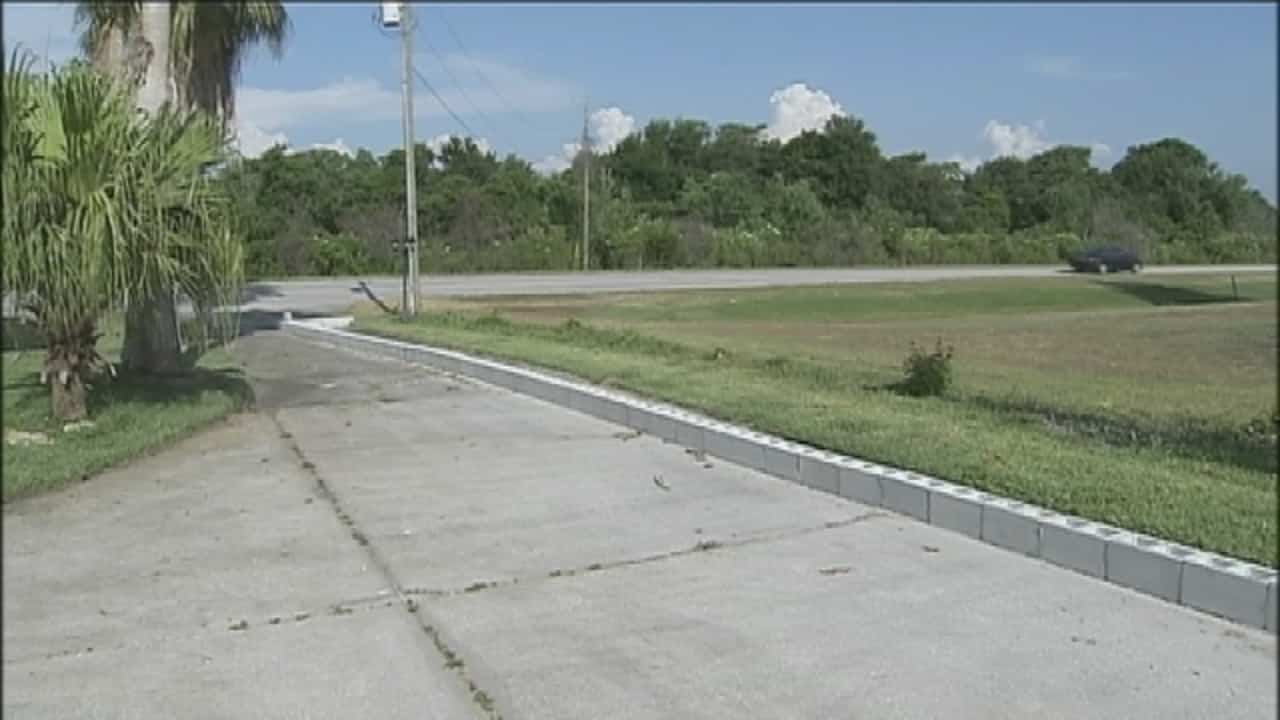 Oliver Lynch had spent all 79-years of his life living in Osceola, Florida. A humble man and not one to make waves, you can imagine his surprise when he returned home one day to find half of his driveway gone! Pretty strange, right? 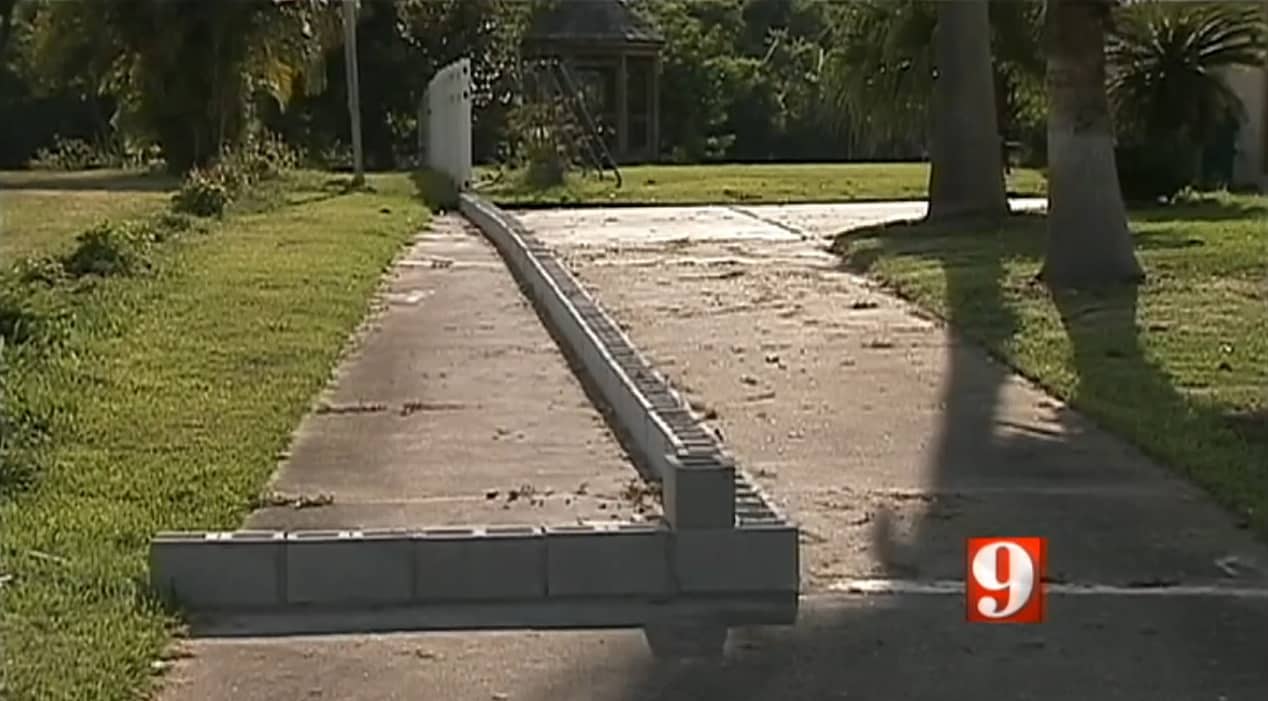 Not sure what to do. Oliver reached out to his neighbor to ask if he had seen anyone put up the cinder blocks on his property. It was then that poor Oliver had a bombshell of truth dropped on him.

The Truth is Revealed 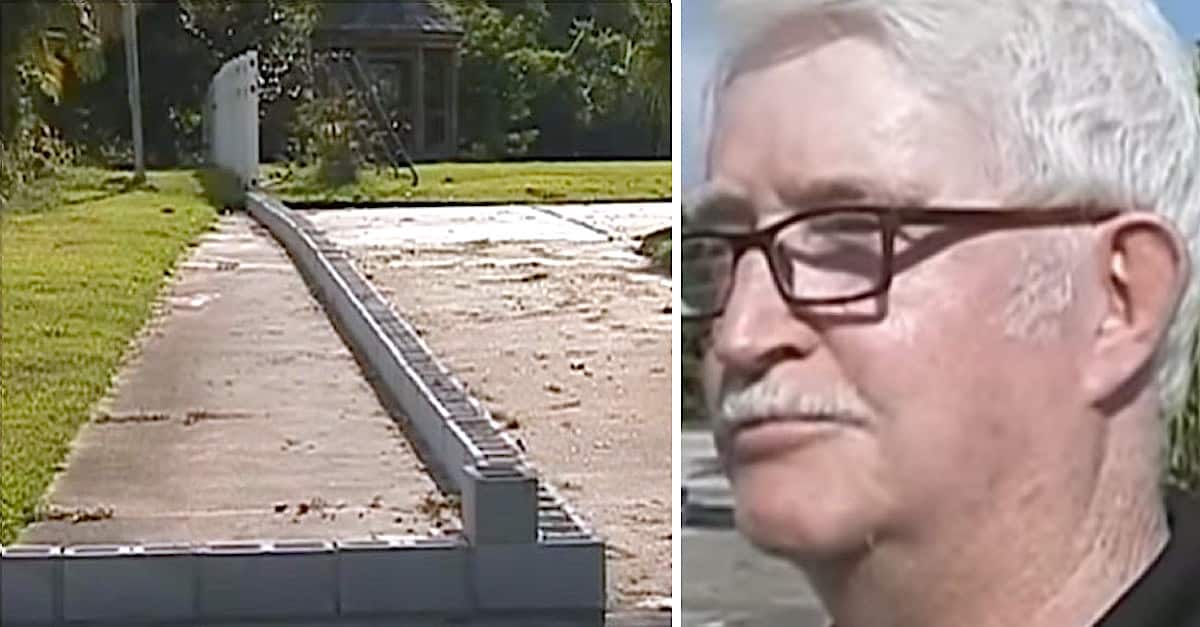 Oliver was stunned when his new neighbor revealed that he had placed the cinder blocks along his driveway. But why? Why would a brand new neighbor intentionally try to bully an elderly man? 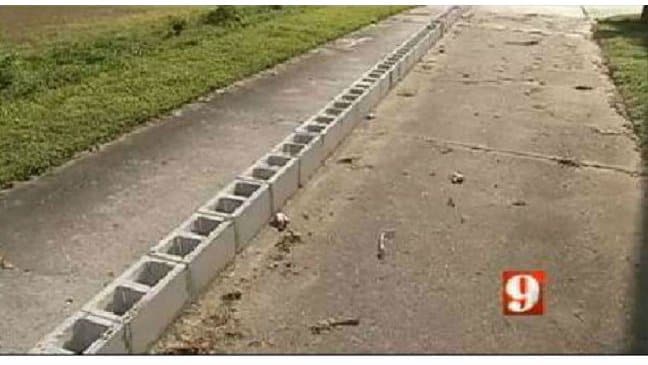 According to Oliver, his new neighbor had purchased the vacant lot next to him and was planning to build a house. When going over the property lines, the man discovered that his property ran into a part of Oliver’s driveway. Therefore, he decided to take it back.

No Fight Left in Him 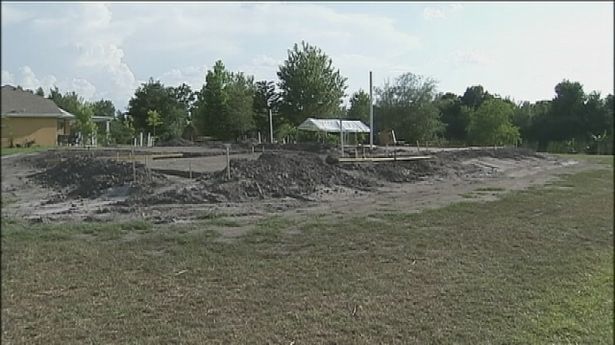 When speaking with the local media, Oliver stated that he didn’t have much fight left and hated to be bulldozed over. According to his records, it details that two 12-foot driveways are allowed next to one another. So what could the old man do?

Reaching Out to the County 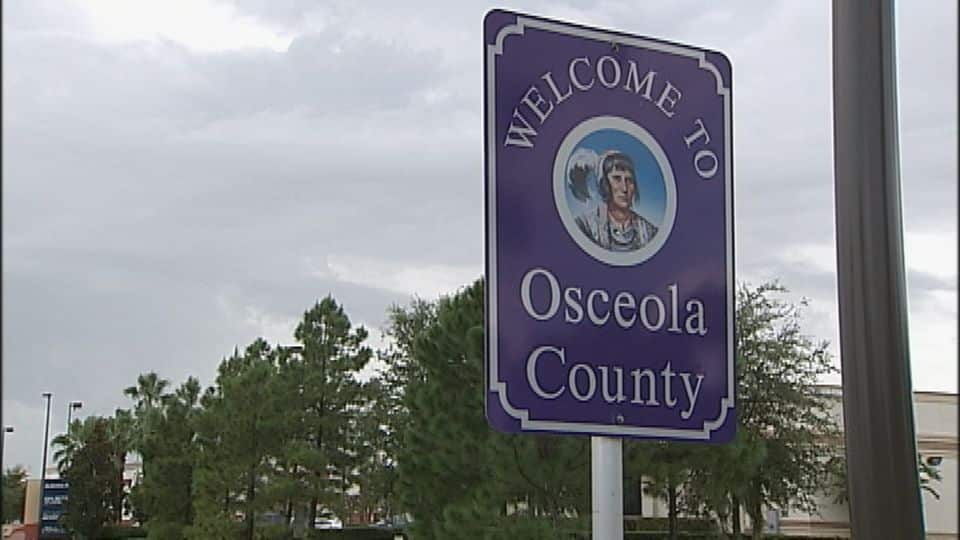 Oliver decided to reach out to a county spokesman with the hope of getting some clarity. The spokesman looked over his documents and agreed that there was nothing wrong with Oliver’s driveway; however, he did suggest getting a surveyor involved or legal authorities.

Legal Action Must Be Taken 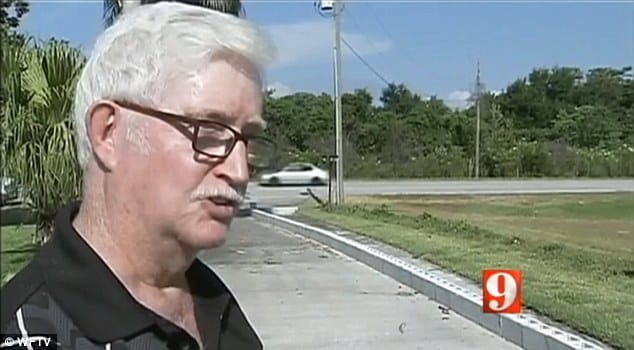 This news stunned poor Oliver, who couldn’t believe he would have to resort to legal action to reclaim his driveway. Speaking to the news, Oliver said, “What’s he really going to do with these extra yards of concrete?”

Begging for His Driveway

Not wanting to be drawn into a long legal battle, the 79-year-old Oliver continued to make contact with his new neighbor. Unfortunately, the man refused to budge on the issue. 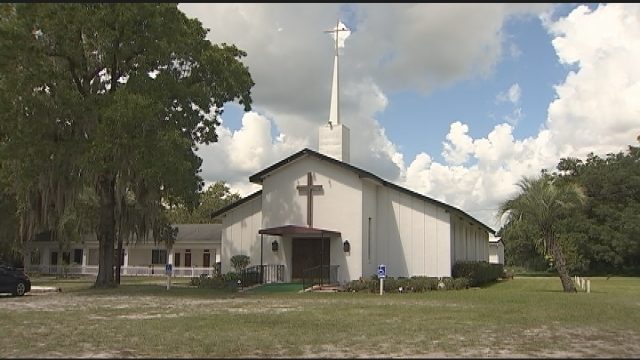 “He said he was a minister or something like that. A God-fearing man. But I don’t think that’s very Christian-like,” Oliver told the local news . We think this minister may want to open his Bible every so often. 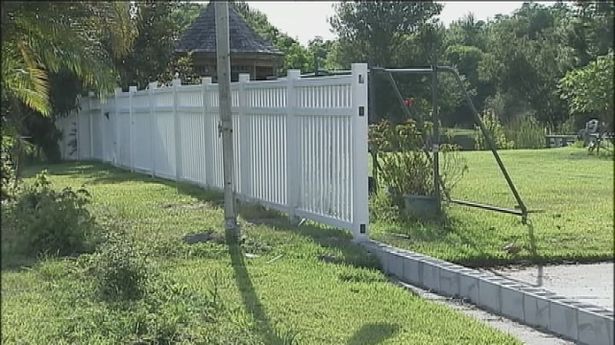 Oliver Lynch has lived in his Osceola home for the past 25 years and never has he had someone dispute his property line. He believes that he could win the battle, but wishes the man would simply relinquish his driveway back to him.

The Media Gets Involved 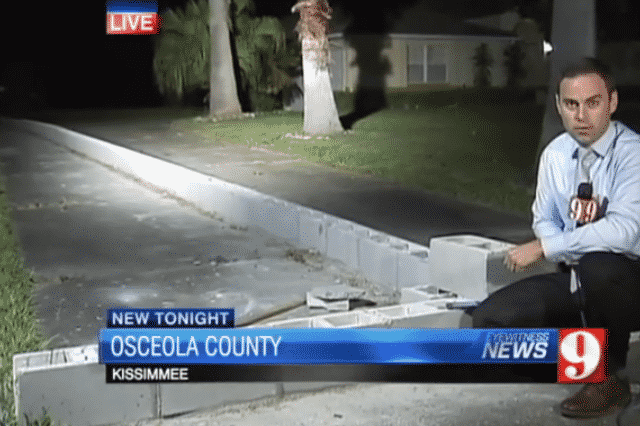 As the battle continued to draw out, the media tried to reach out to the unidentified neighbor, but he refused all calls. Is it possible he knew he was in the wrong and tormenting this poor senior man was in poor taste? 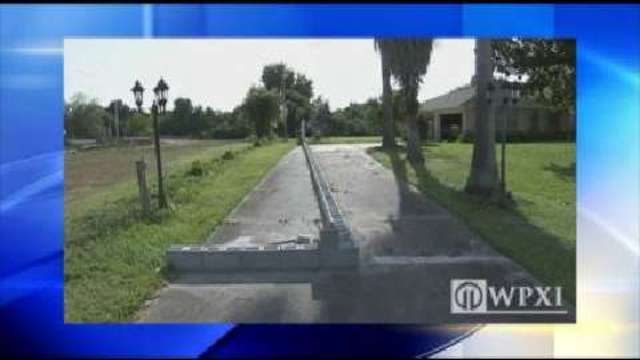 After the media ran the story, Oliver’s plight spread throughout the local community. The video of his story reached over 3 million views on YouTube. Oliver begged if anyone could help him he would be most appreciative.

No Ill Will? Right! 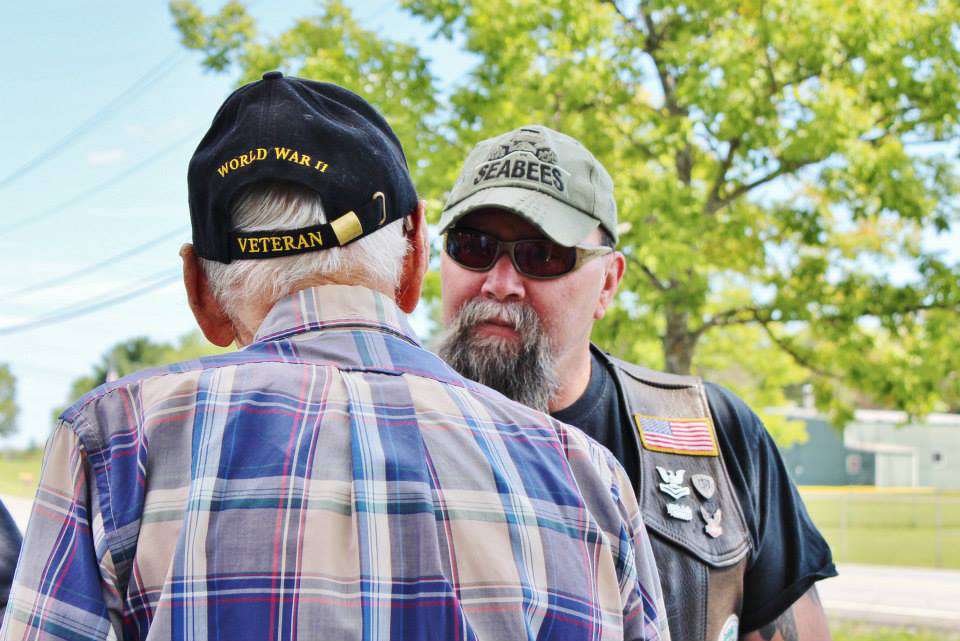 Thankfully, after the video went viral, the neighbor discretely moved all of the cinder blocks and claimed he had no ill will toward his neighbor. You have to wonder if the news story had anything to do with it. 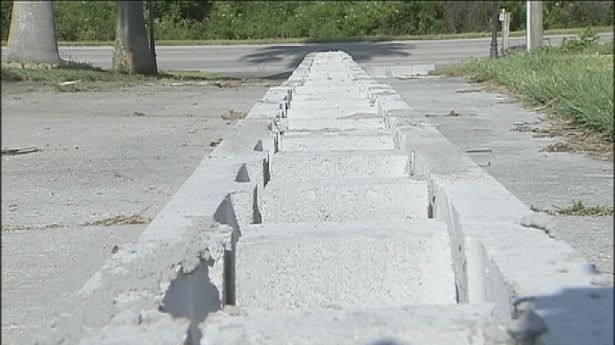 With his driveway back intact, Oliver Lynch can finally live out his golden years in peace. We only hope he doesn’t return home one day to find half his house marked up for demolition. Talk about crazy neighbors!