Do you remember when your friends told you that it’s not cool to wear yoga pants when you’re going out? Well, it’s time to prove them wrong because even the biggest celebrities are doing it!

All of them look amazing and we would love to see them wearing tight pants more often, even though some of them are not even doing yoga or another type of sport. Let’s take a deep breath to prepare for what’s coming next. 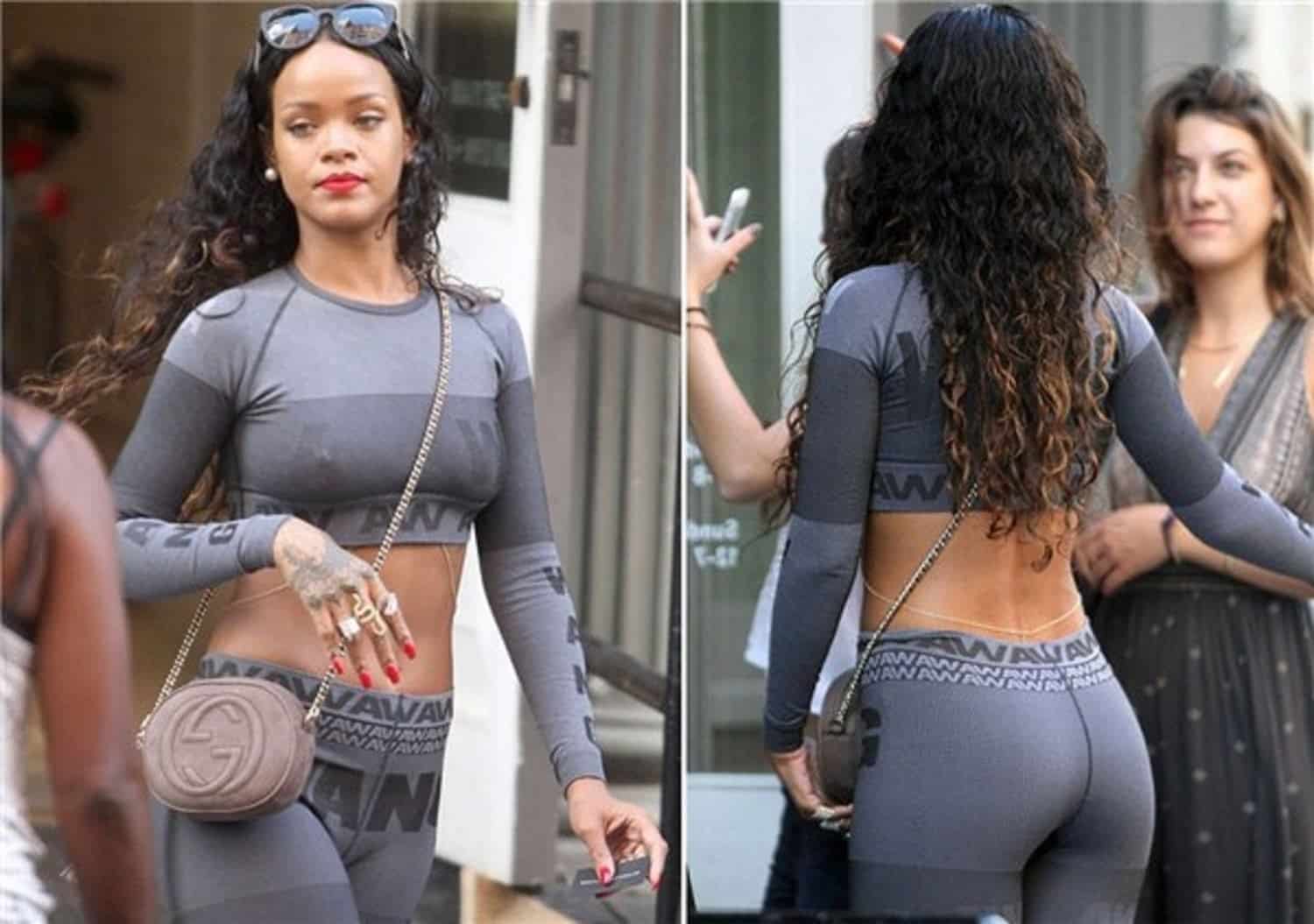 Rihanna is one of the biggest stars in the music industry today. The singer was discovered when she was still a teenager while performing in a local bar in Barbados. Since then she rose up under the protective wings of Jay Z, by becoming an idol of her generation. We could say that her fashion sense has definitely improved since she first entered the music scene, and she’s looking stunning no matter what she wears! She is rocking this matched outfit and those yoga pants look STUNNING on her perfect body. We could say that the next star looks even better but you have to see it for yourself… 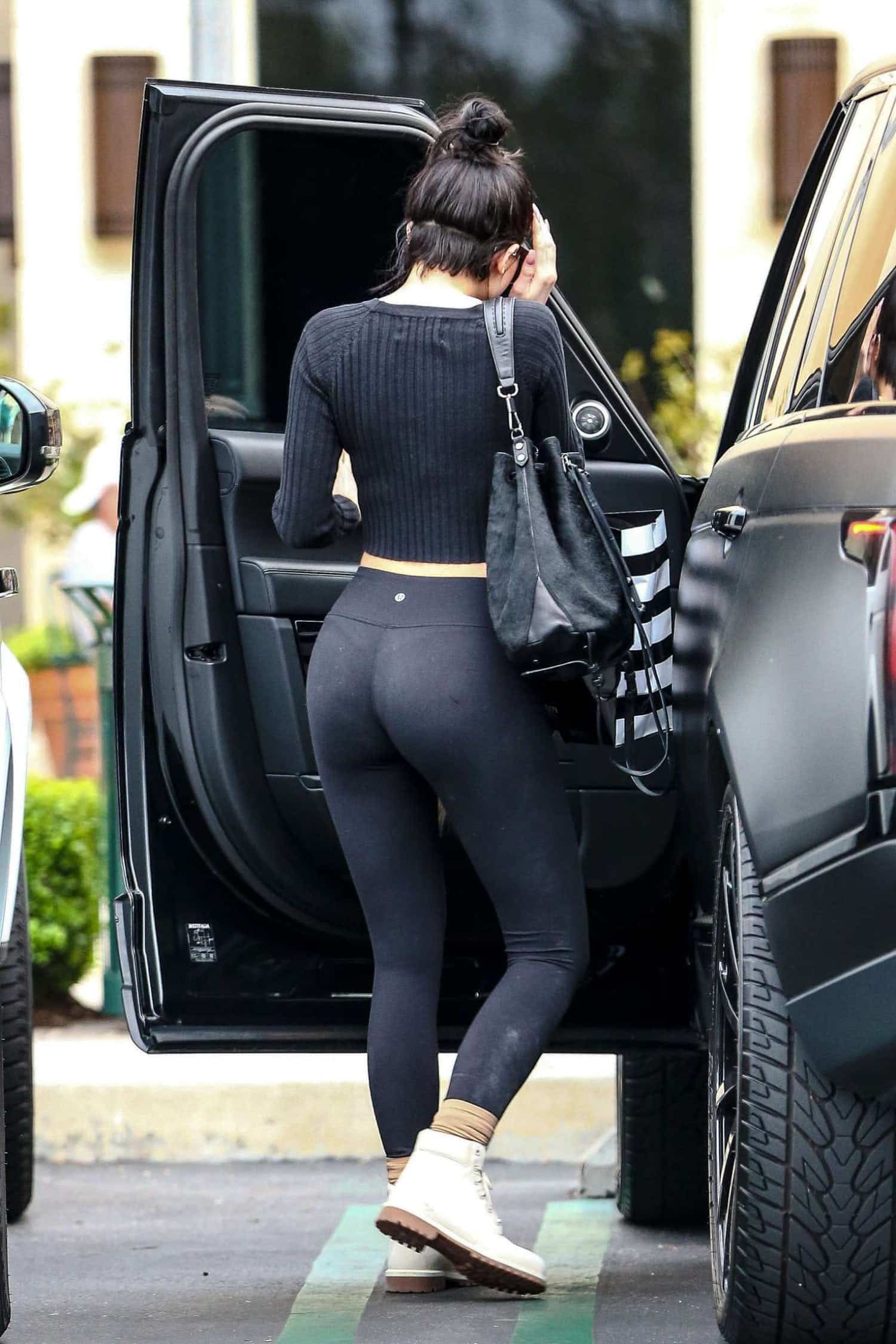 Kim’s little sister Kylie Jenner has been stealing the show for a couple of years due to her social media accounts that have millions of followers, comments, and likes. She shows no signs of stopping and recently she released her own makeup kit. Her looking great in a pair of black leggings is no surprise to anyone, and her sexy body surely catch all the eyes on the streets! But is she really coming from a yoga class as the next actress from our list does? 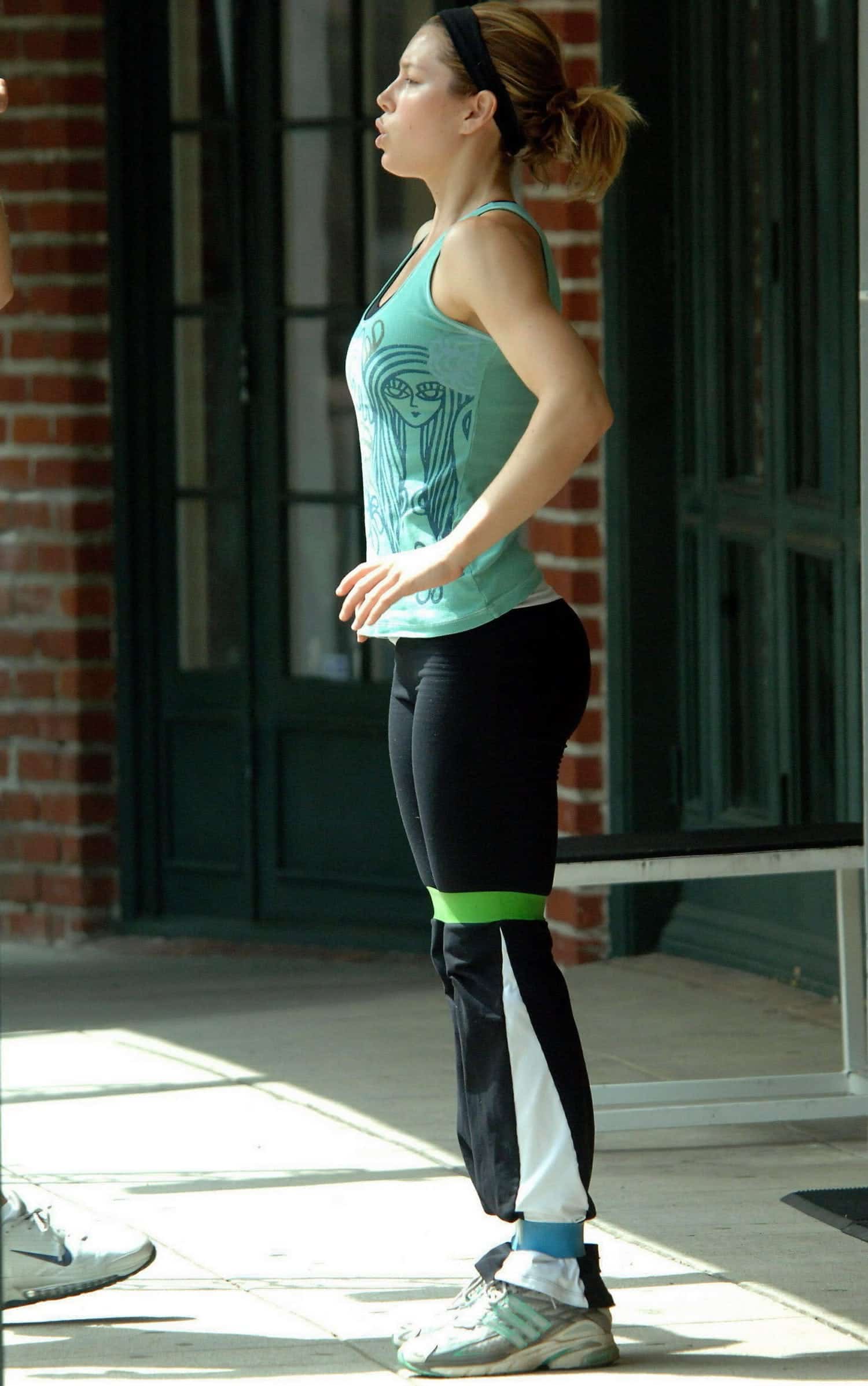 We all know Jessica Biel since she was a kid in 7th Heaven and we can agree that she evolved beautifully both as a woman and actress. Every woman on this planet is jealous of her for being Justin Timberlake‘s baby momma, but we kind of envy her for having a perfect body too. Although she’s sweaty and tired, she still looks great and we can’t help from noticing how amazing she looks in tight yoga pants! Check out Gigi Hadid‘s gym outfit! We still have a few pictures of supermodels to show you. Just wait until you see #12 and #3! 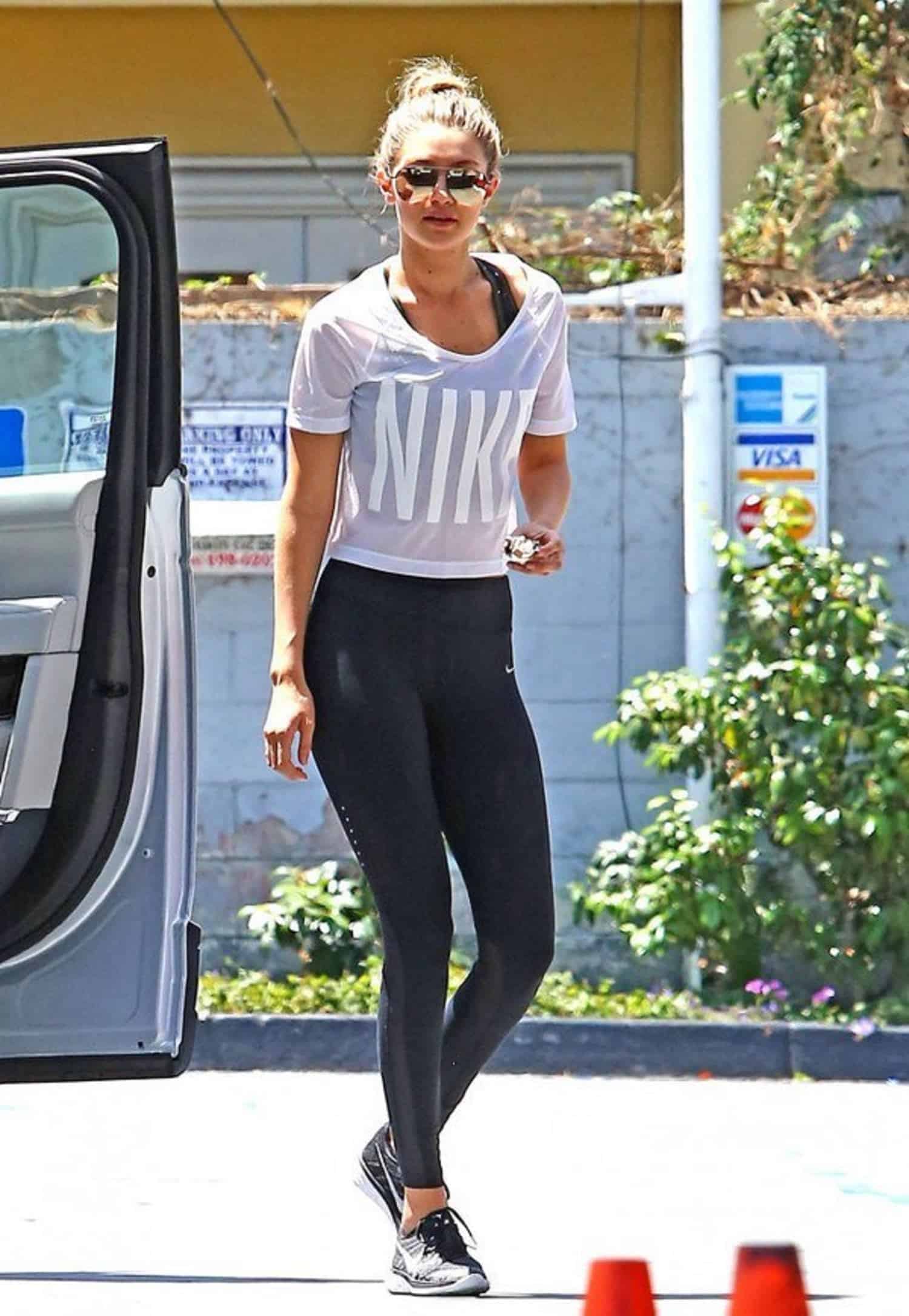 Playing volleyball in high school and having an ex-model mother definitely helped Gigi Hadid to become a supermodel. Although she hit the genetic lottery, Gigi knows that she has to take care of her body, so going to the gym daily is just something normal for her. Like she wasn’t famous enough, in 2016 she started dating Zayn! All in all, she has a pretty cool life and we can’t take our eyes from the way that she looks in those yoga pants! Although she’s one of the sexiest women on our list, Megan Fox and the actress from #14 are even hotter! 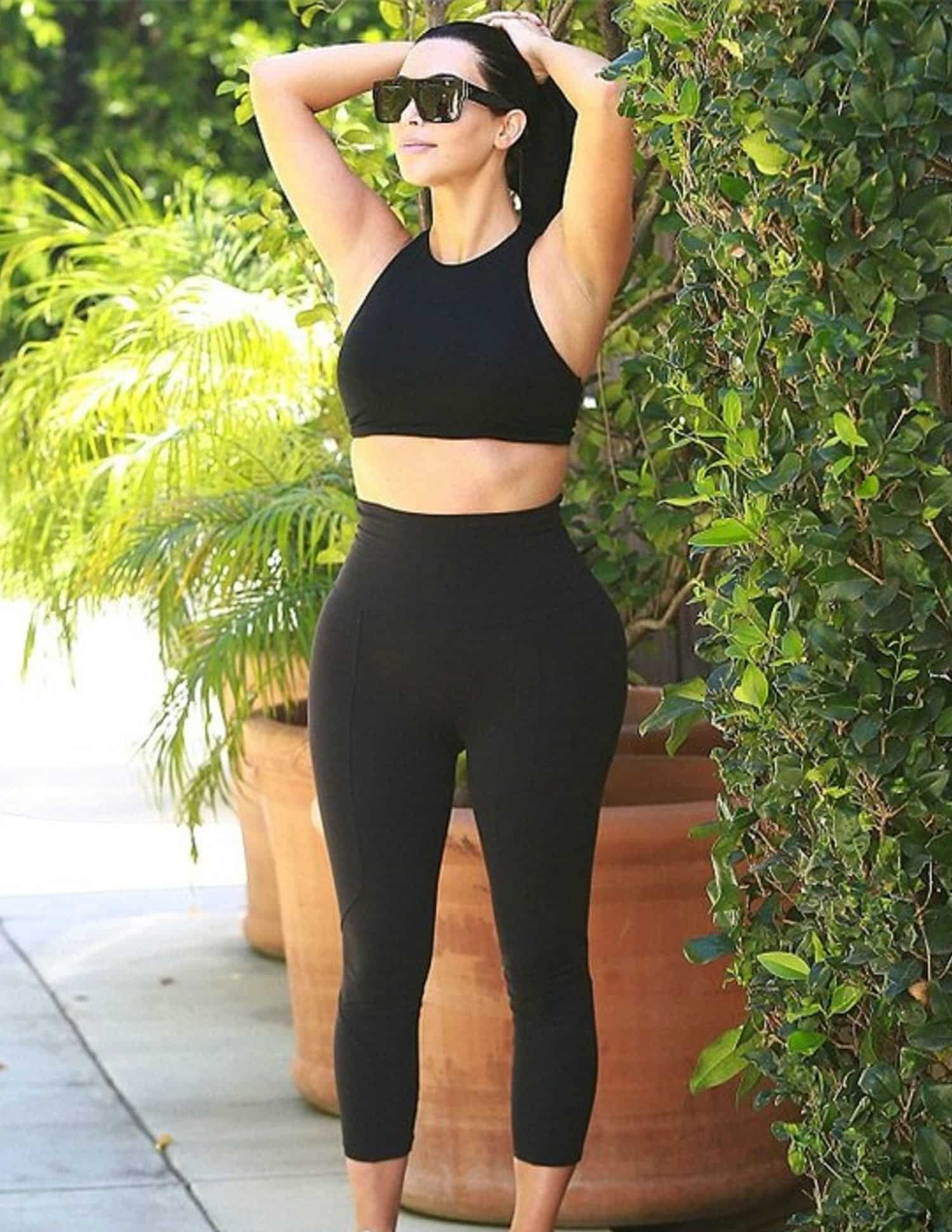 Everybody knows who Kim Kardashian is and you can recognize her even from behind due to her hourglass shaped body. She became famous after Keeping Up With The Kardashians was on air and later married the rapper Kanye West. Although there have been rumors about her surgically modifying her behind, the star states that she’s all natural! After seeing her in these yoga pants, what do you think? Another upcoming star has made a few corrections to her body, curious to see who she is? Find out the SHOCKING truth! 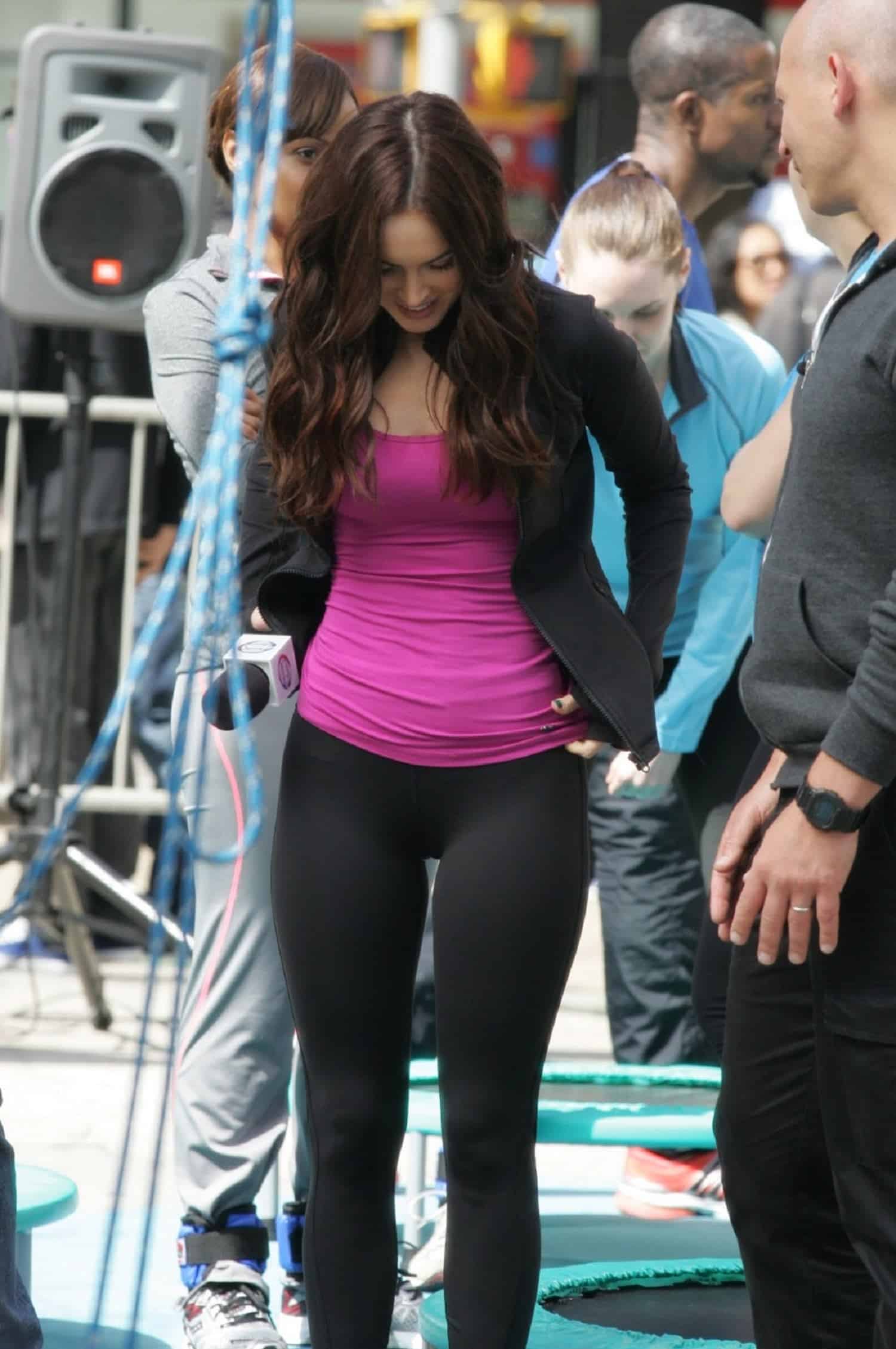 Megan Fox is the living proof that every woman could get her figure back after having two kids. The actress got worldwide famous after her role in Transformers, and she acted in a few series ever since. Although her career isn’t working as it used to, we can’t deny the fact that she looks like a billion dollars in those yoga pants. Or even more! But is she hotter than Kaley Cuoco? Let’s find out! 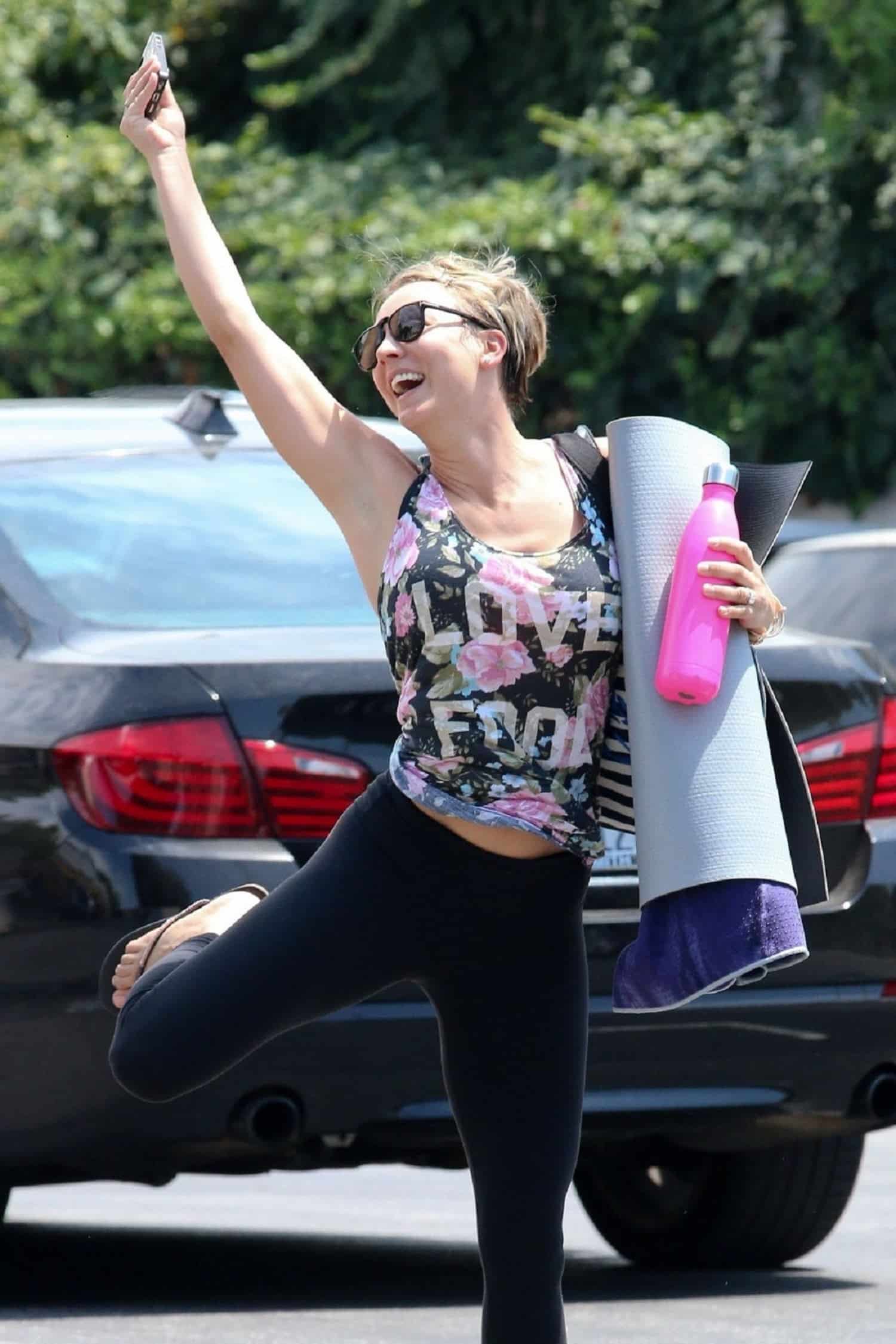 Kaley Cuoco became famous after taking on the role of Penny in The Big Bang Theory. She played tennis until the age of 15, and it definitely shaped her body nicely! Those yoga pants never looked hotter on anyone! Well, maybe except Katy Perry. The hottest body is yet to come so “bear” with me… 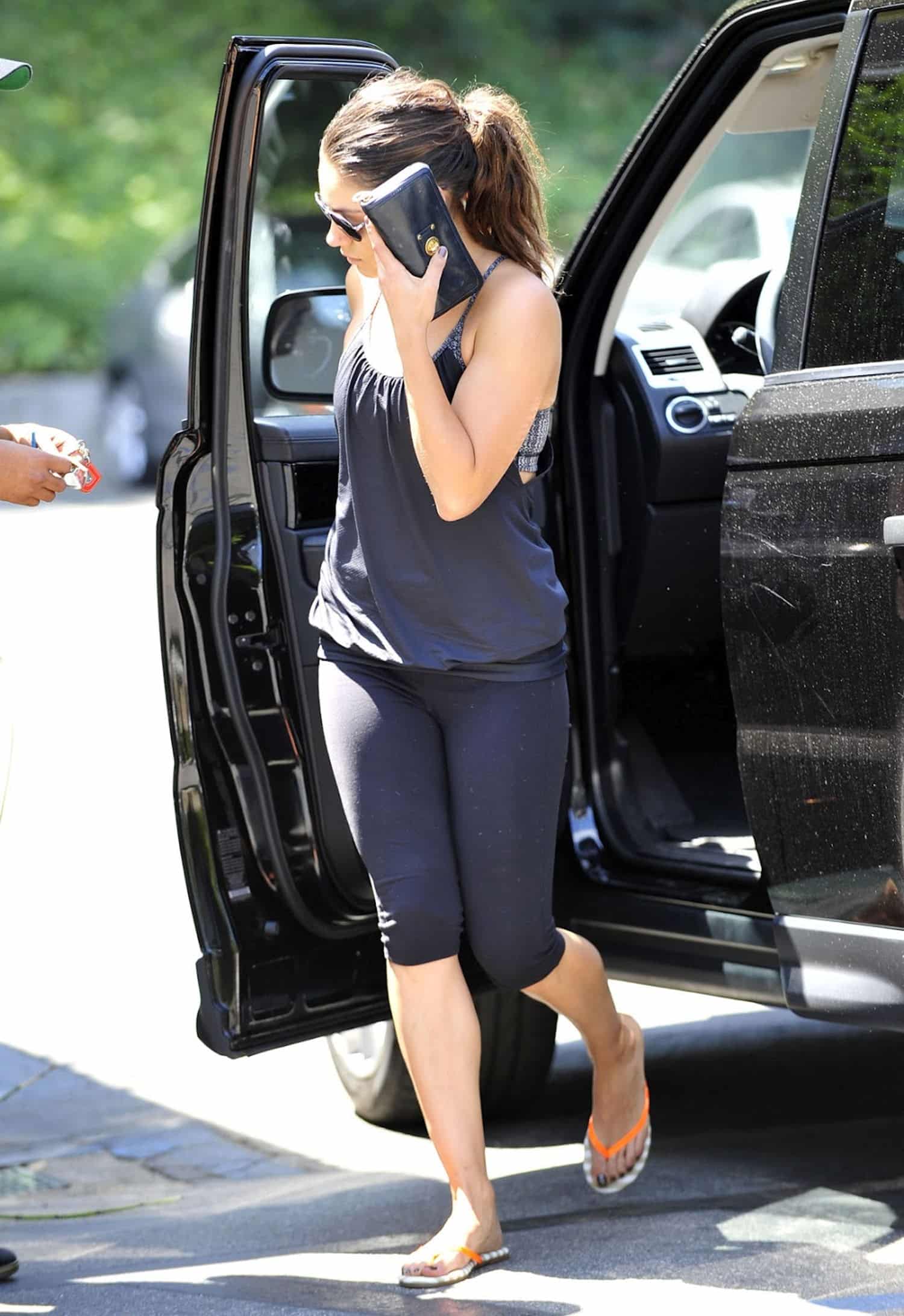 I wonder if Ashton Kutcher fell in love with Mila after seeing her in those tight yoga pants because she looks HOT! She is a mother and we’re pretty sure that handling her career and family life at the same time is pretty rough. So putting on the same pair of yoga pants over and over again seems like something that every mom would do. We understand her, although we’re jealous of her perfectly sculptured figure. Hot momma alert on the following pictures! Please proceed with caution. 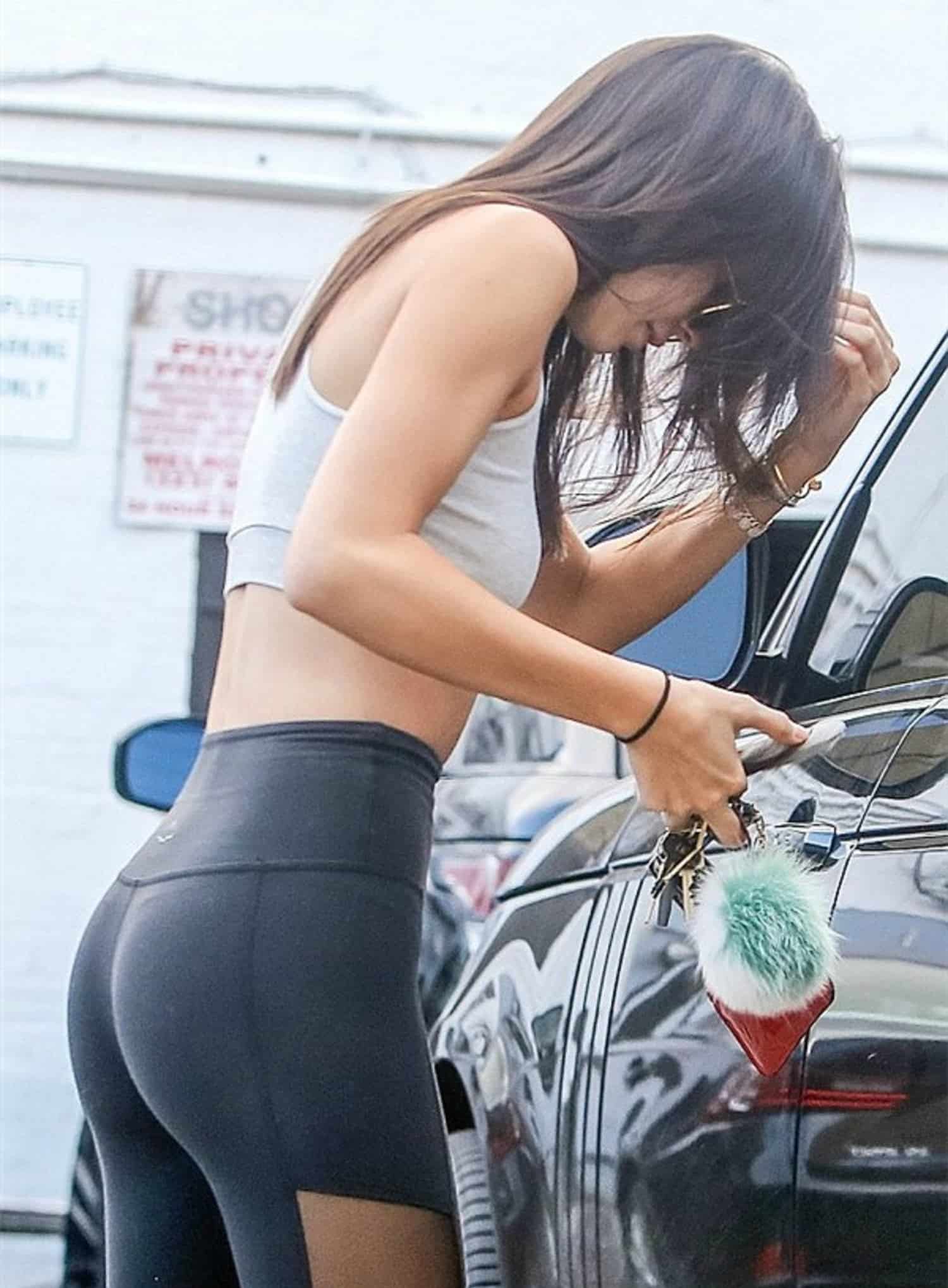 Kendal Jenner is no stranger to the fashion industry so we’re not surprised that she looks LIKE THAT in yoga pants! She makes about $4.1 million every year so we’re guessing that those long hours at the gym are paying off. But is she hotter than Miley Cyrus? Let’s find out! 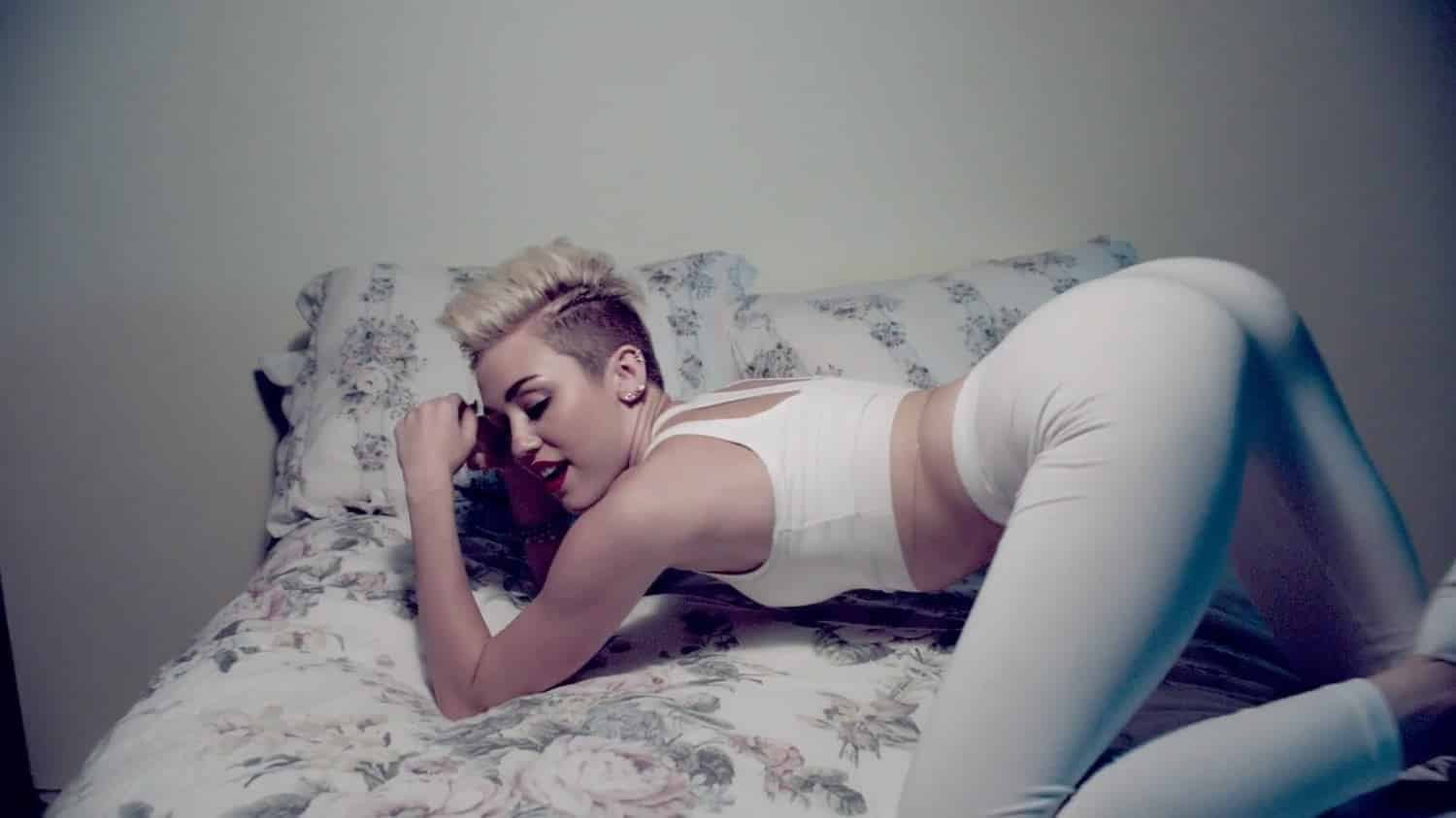 The world was in SHOCK when Miley Cyrus first started twerking in yoga pants in her videos. All we can say about it is that we’re definitely enjoying seeing her perfect body in casual clothes. That self-confidence is what makes her even sexier! You go, girl! #6 and #7 are still our favorite. 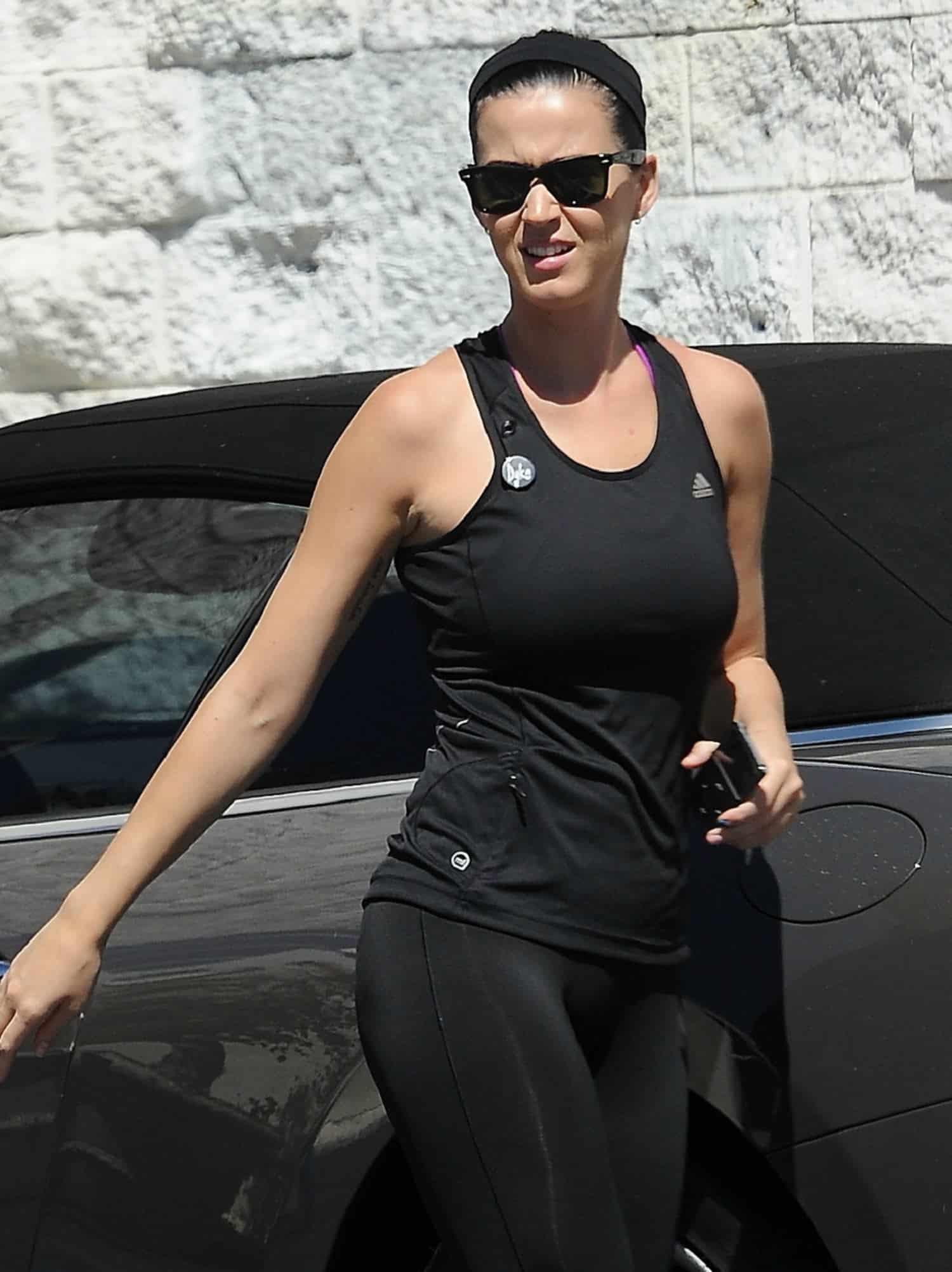 This California girl is giving us some Fireworks whenever she comes out of the house wearing tight black leggings. She’s talented, successful and she looks absolutely stunning! Is there anything that Katy Perry doesn’t have? Maybe Kate Hudson wearing a SEXY pair of yoga pants can shed some light on that… Let’s find out on the next slide. 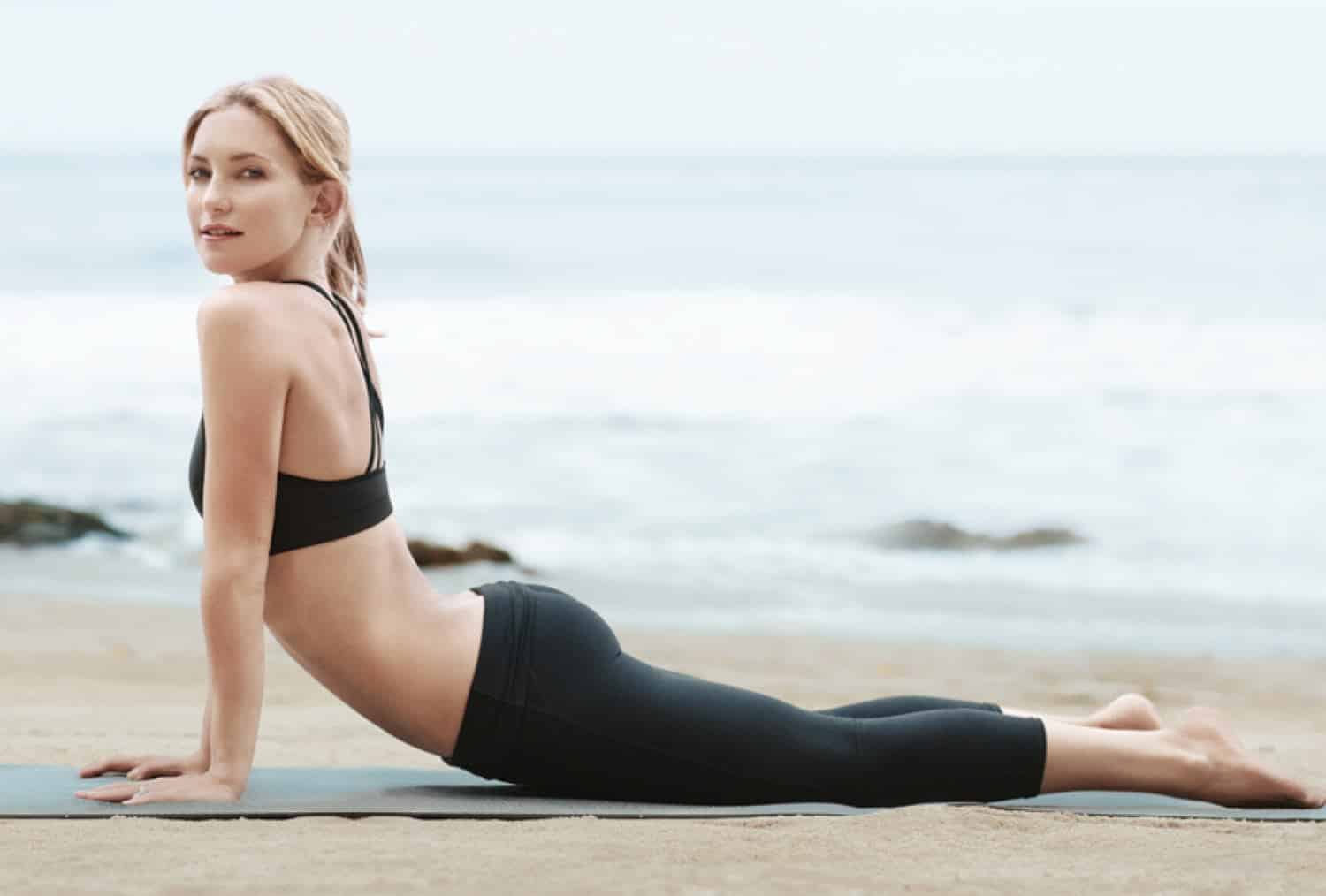 Kate Hudson has her own line of gym clothes and what better way to promote it other than posing on the beach in yoga pants? She’s always had a beautiful figure and although she’s not in her 20s anymore she still competes with younger models. If this isn’t provocative enough for you maybe Vanessa Hudgens rises up to your expectations! You can find her at #5. 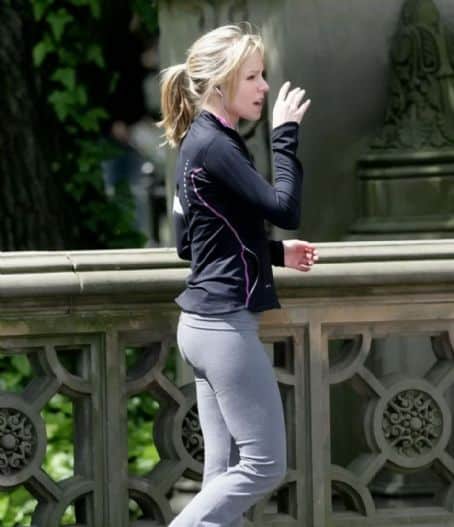 The Frozen star looks better than ever as you can tell from this picture. She’s toned, healthy and she looks really happy with herself. What’s not to like? The next two women on our list are real life angels and supermodels! 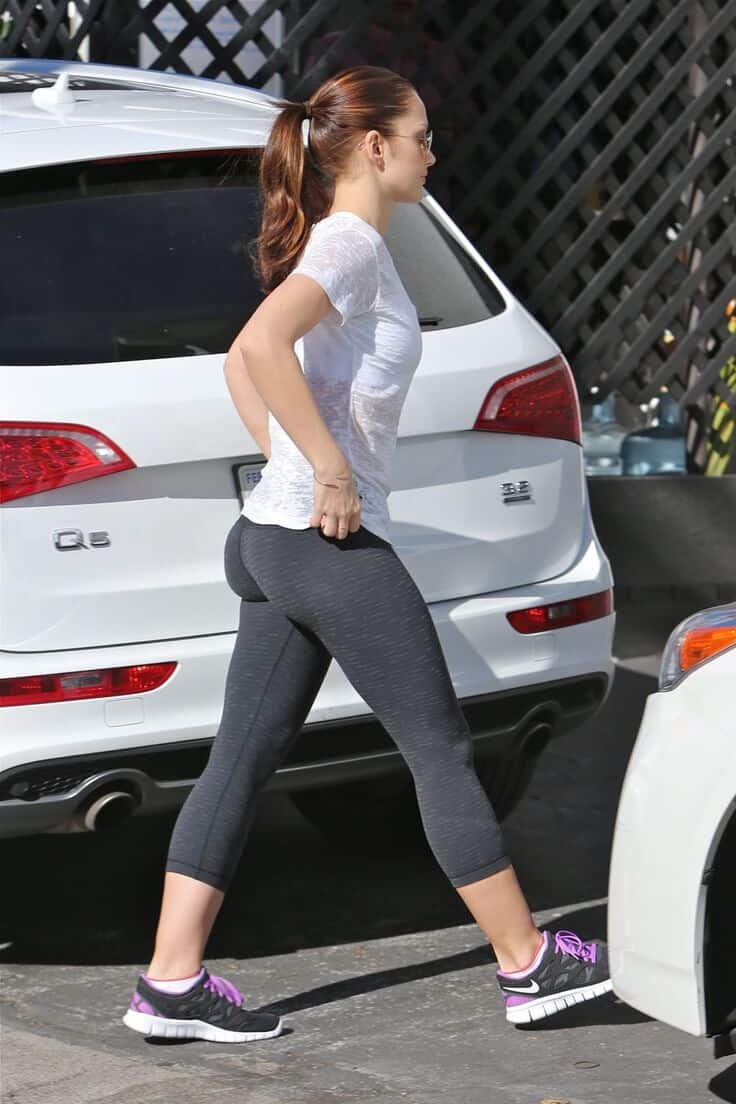 Isn’t she dreamy? The model turned actress is rocking those yoga pants like we’ve never seen before and if we’d see her on the street I bet that it would be really hard to look away. The Friday Night Lights star is following up her dreams and we can’t be happier for her. 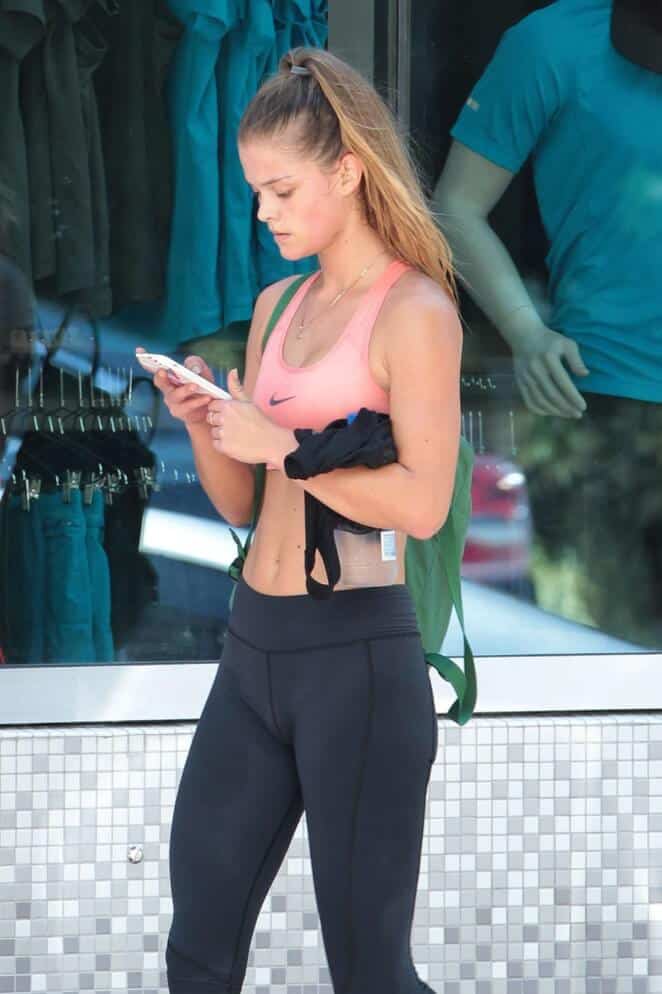 Nina Agdal is a Victoria’s Secret angel and she surely looks like one! Being Leonardo DiCaprio’s girlfriend is enough to make us all jealous, but look at that body! She knows that she’s doing a favor to those pants and thank God for that! More sexy celebrities in yoga pants are yet to come so you’d better be ready. 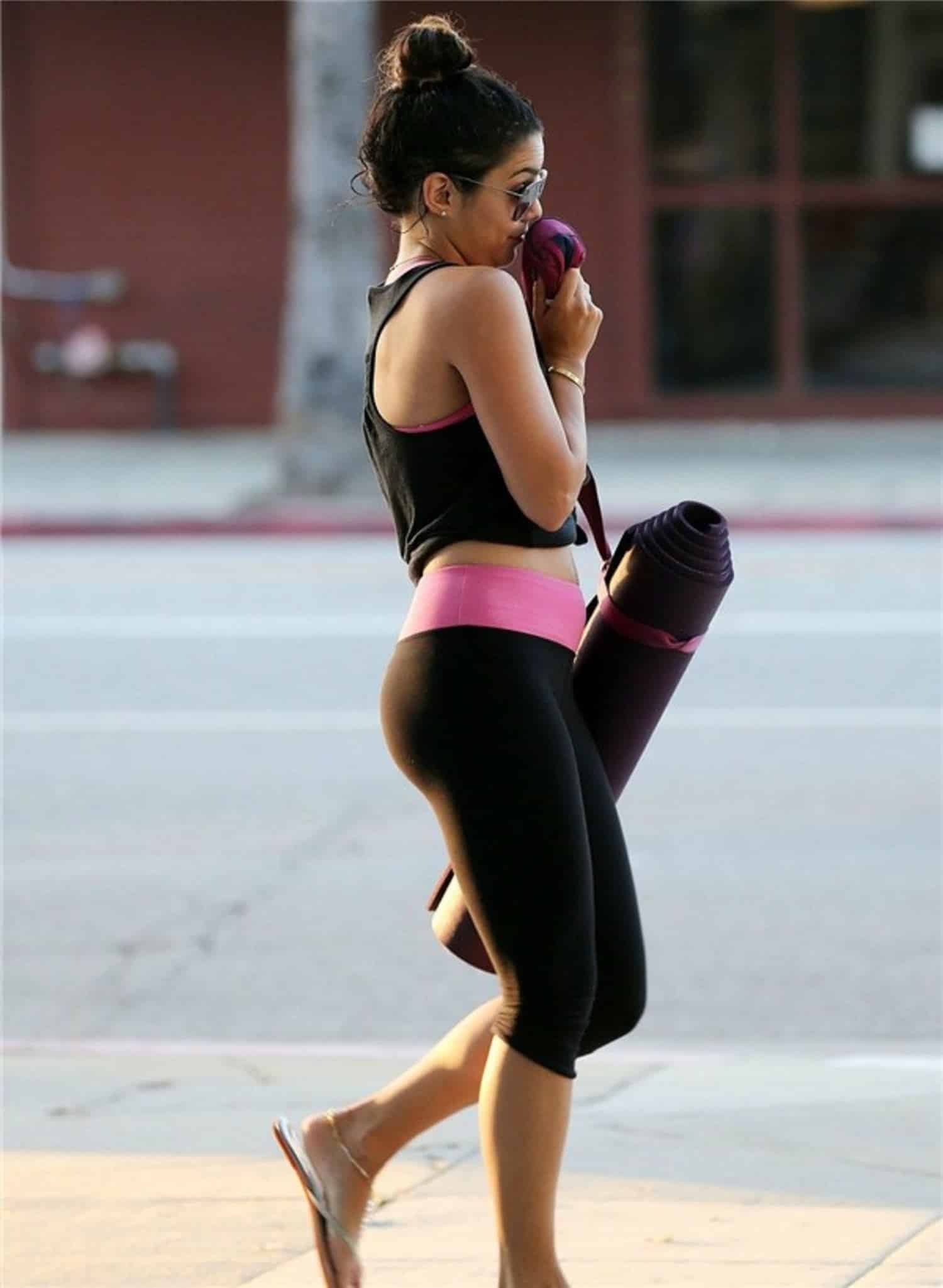 The High School Musical star looks even better than when we first met her. Her acting career is not going that good but she sure does her best in order to look AMAZING! Maybe she should stop wearing other clothes because yoga pants look like they were made for her. The following star looks breathtaking in see through white leggings. 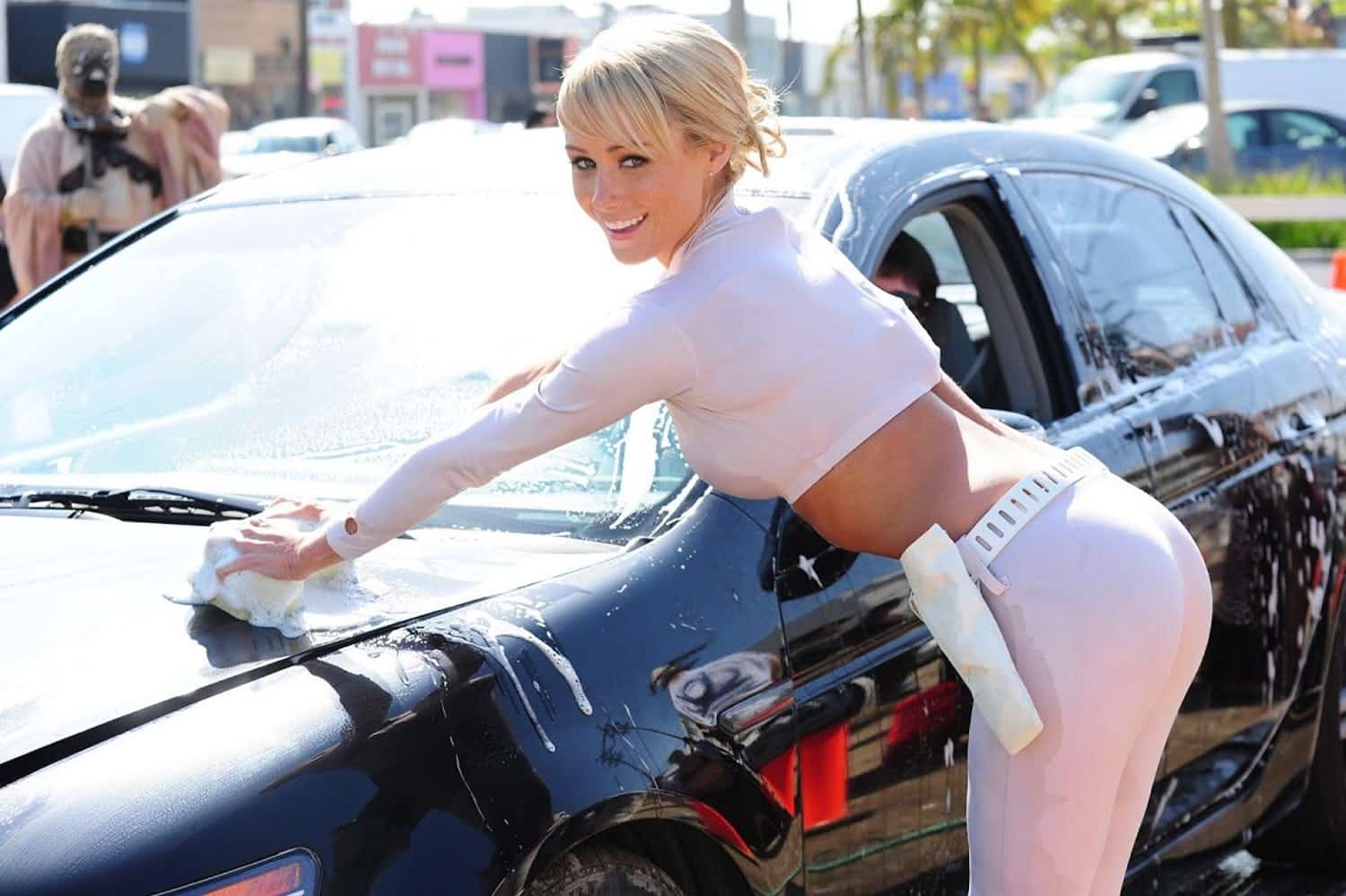 No wonder that Sara Jean Underwood was on the cover of Playboy. With that body she can wear everything that she wants, so why not try white yoga pants? Our following supermodel doesn’t need to see through pants to get our attention because she has some other not so hidden talents. 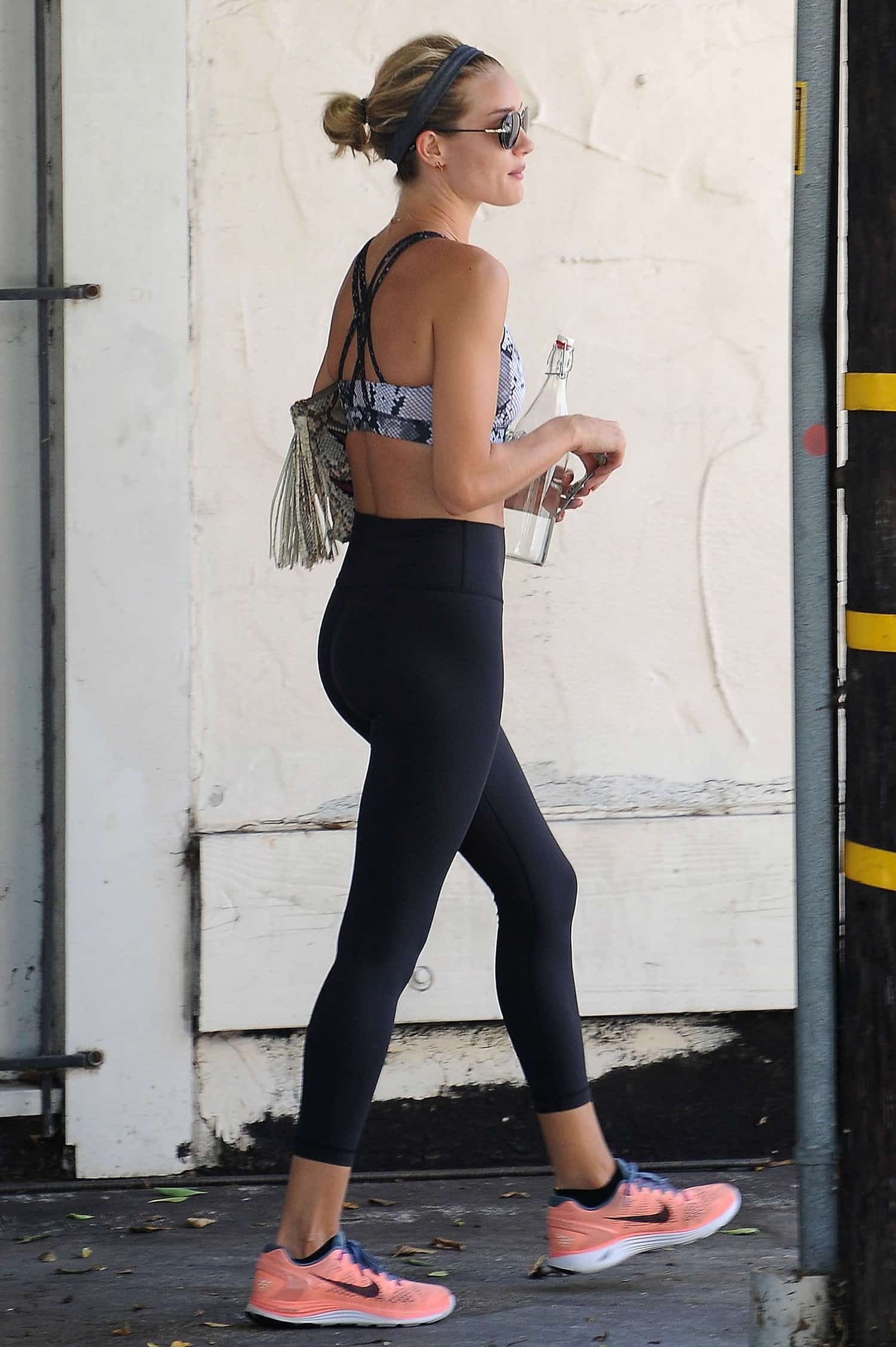 She’s another Victoria’s Secret angel that stole our hearts with her talent and beautiful body. She looks like pure perfection although she’s covered in sweat after a gym session. Is she doesn’t want to share her training routine, maybe Jenny McCarthy will agree to tell us her secrets? 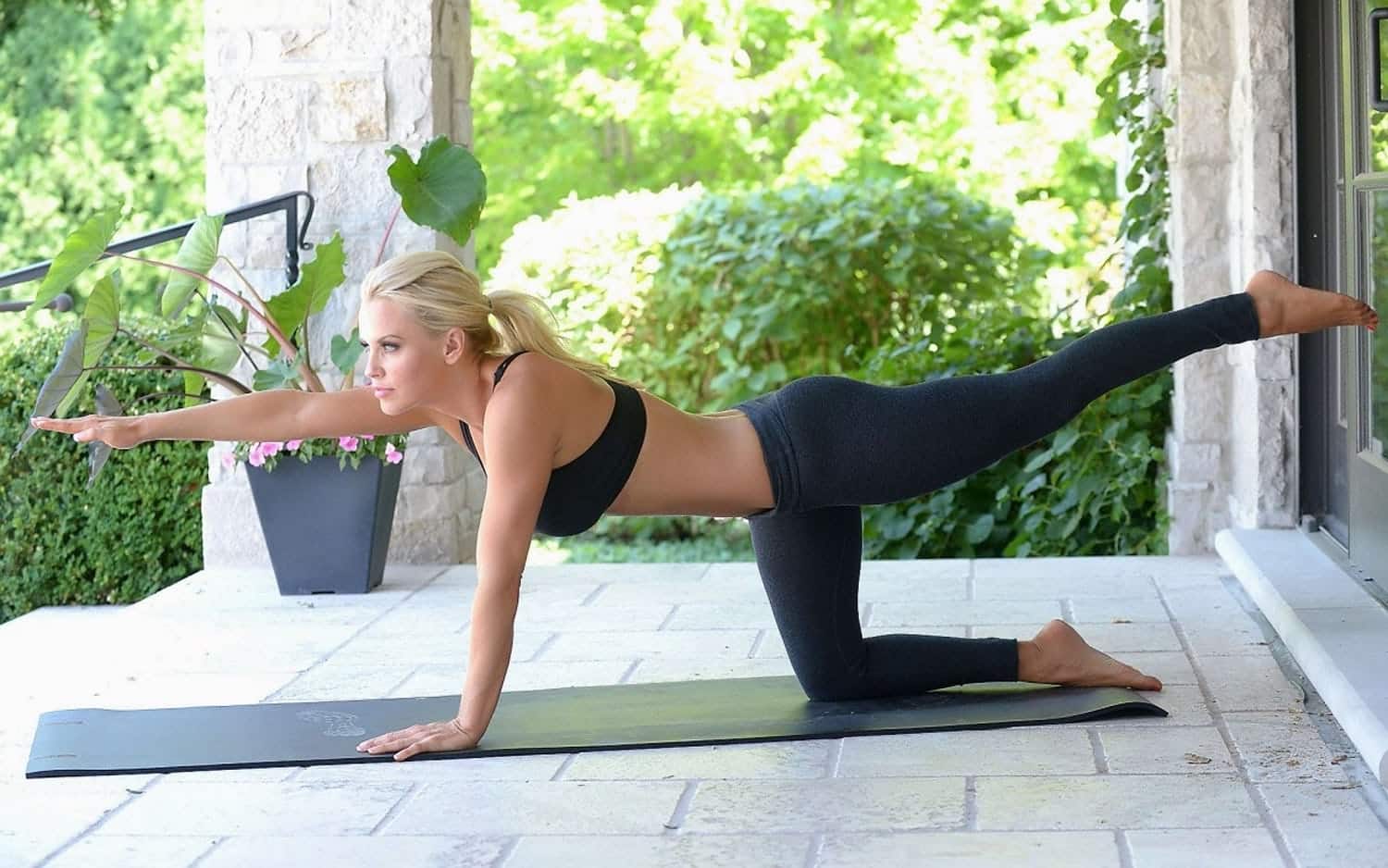 Who said that a woman can’t be beautiful, smart AND funny at the same time? Jenny McCarthy is the living proof that that is possible, not that we didn’t already know that. She’s actually doing yoga, in comparison to the other ladies from our list so we’re really grateful for that.

Are you curious to see how Ariana Grande looks in yoga pants? Check her out! 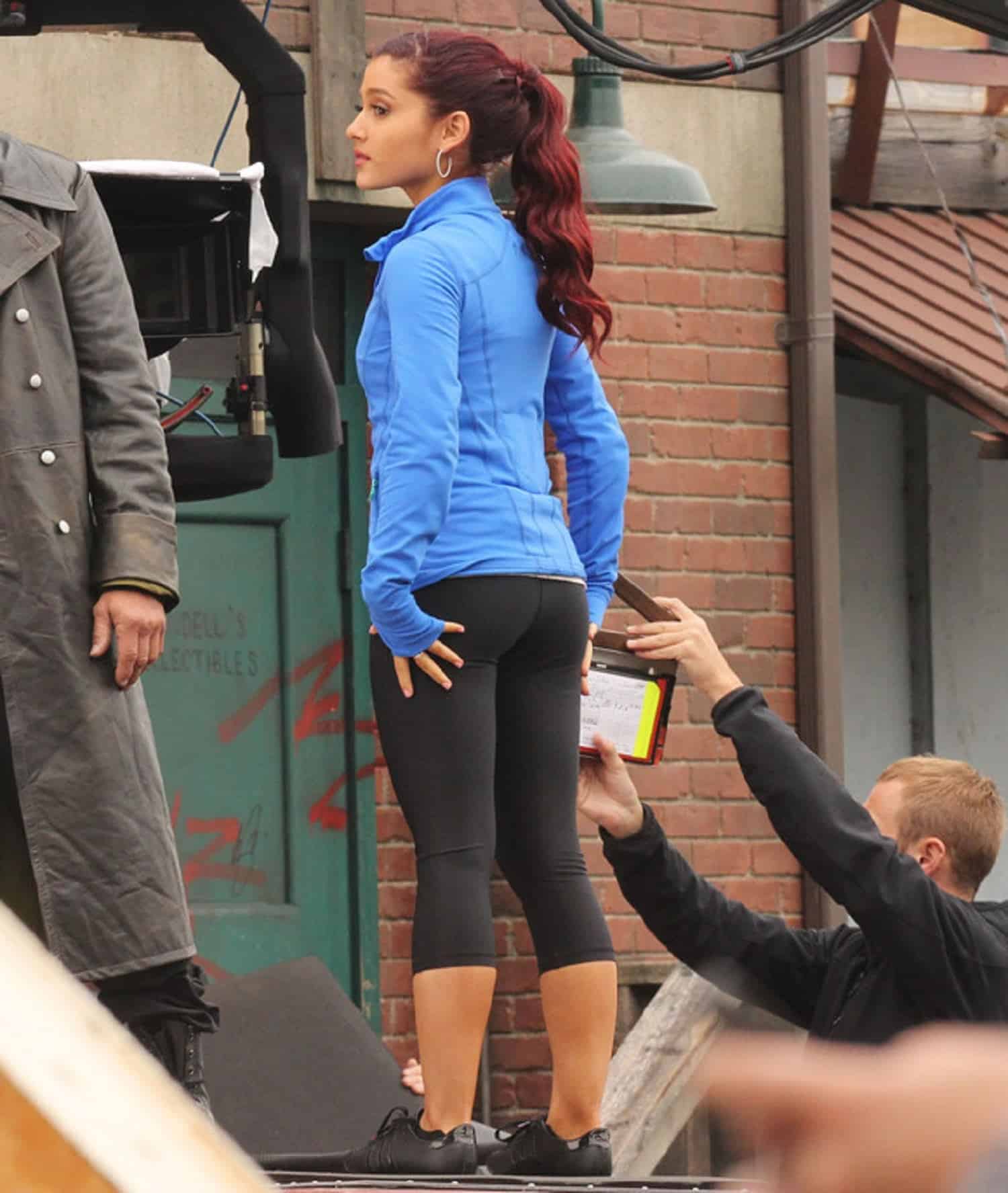 We’re not sure that Ariana Grande is going to the gym, considering that she’s wearing a lot of makeup, but we can still admire her fit body. So we’re not complaining!