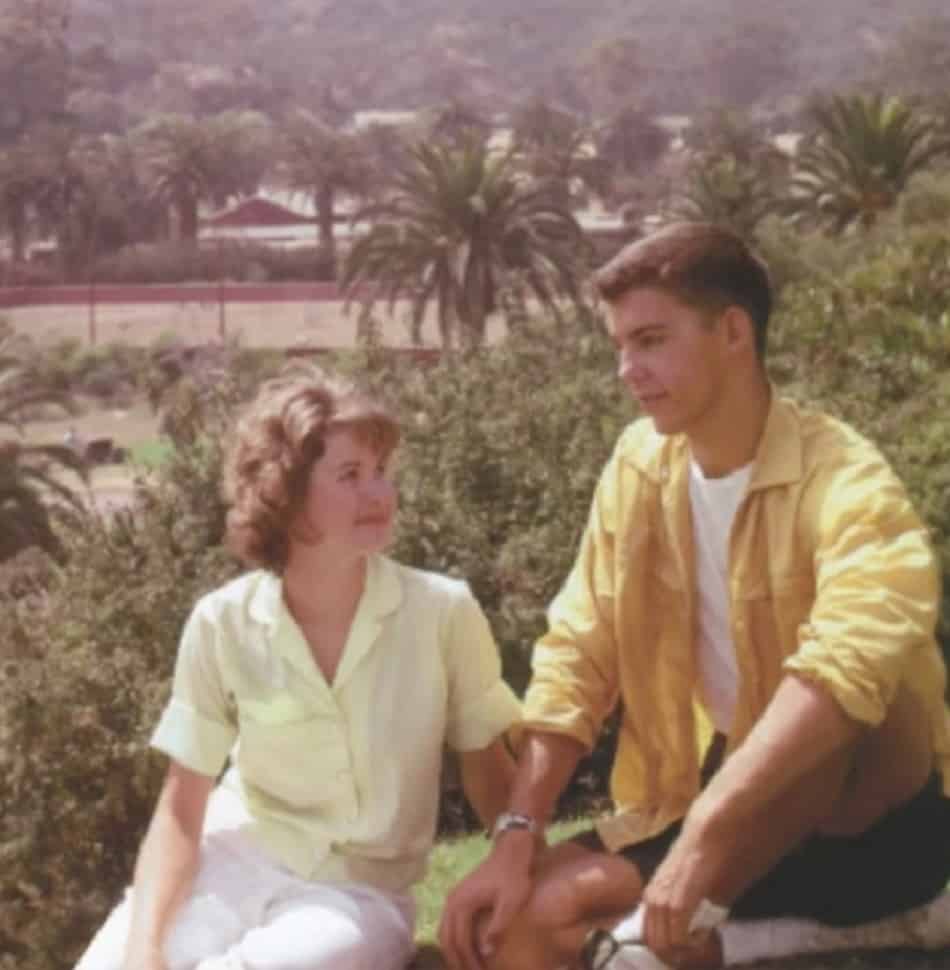 It was 1962 when Wilson Prentiss, a freshman at Occidental College in Las Angeles California, laid eyes on the love of his life. Wilson noticed the young woman by the name of Janice Rude working in the college cafeteria every morning and he couldn’t help but make the cafeteria breakfast his morning ritual. Even if he didn’t have to be up early, he went every single morning just to see her glowing face and hear her melodic laughter. 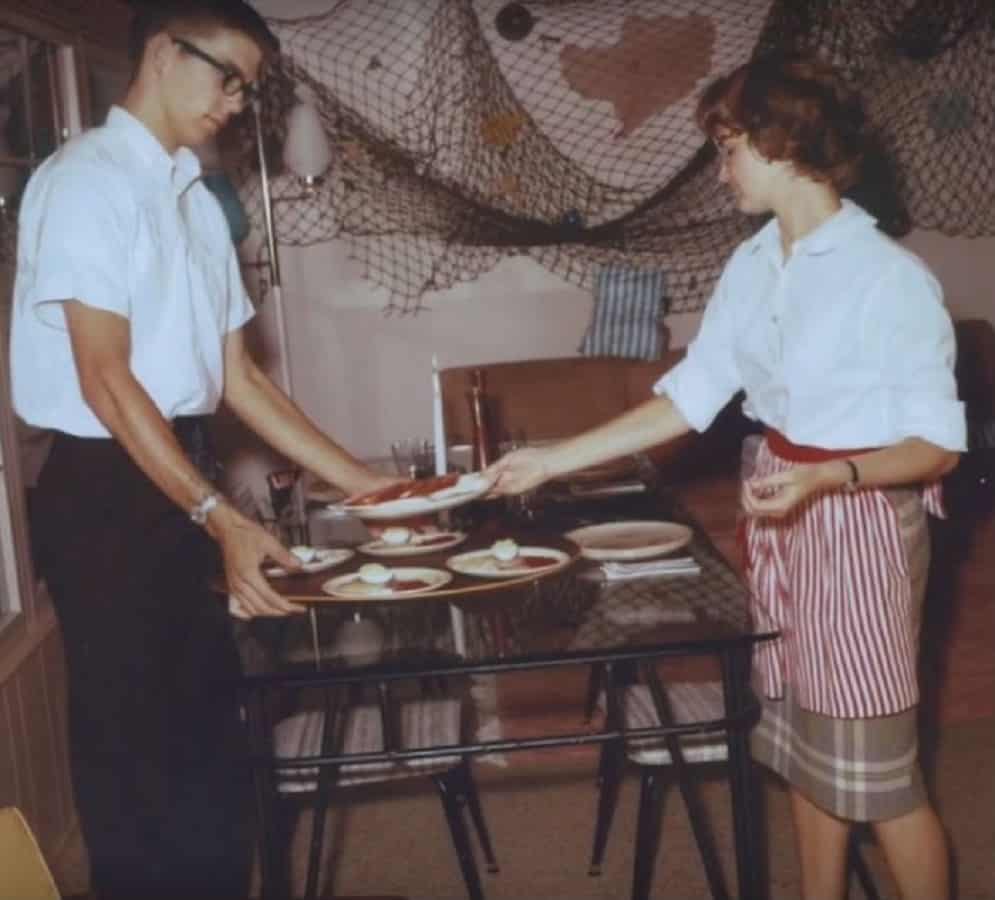 Janice was hard working and diligent when it came to her studies. She was a focused young woman working towards bettering herself with an education. She wasn’t even thinking about boys until Wilson came along with his boyish charm. Although he was a year younger than Janice, he knew from the very moment he saw her that it was love at first sight and he would do everything in his power to win her over, even if he thought she might be out of his league. 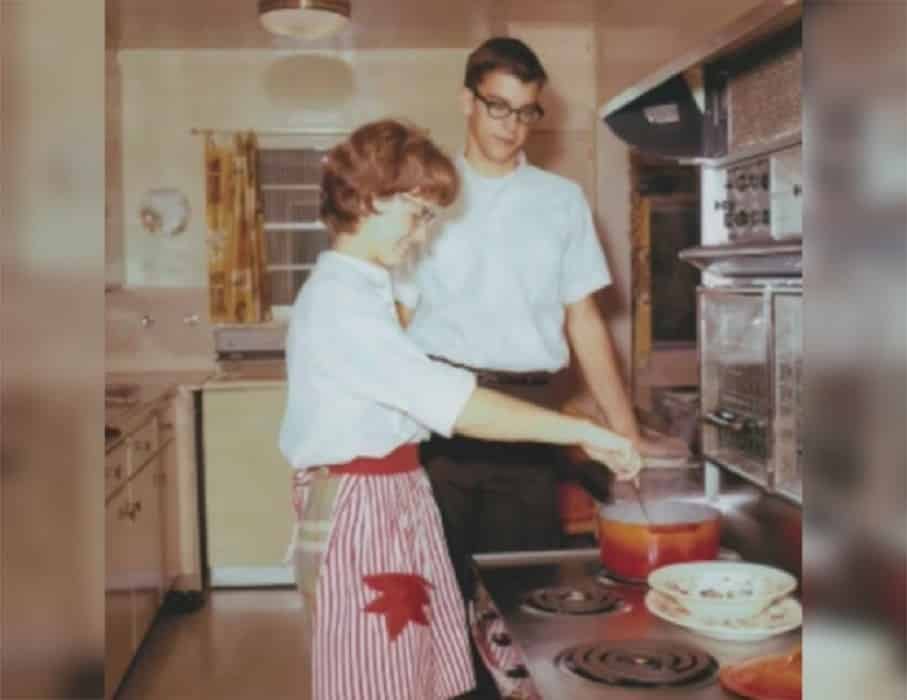 It didn’t take long for Wilson to charm Janice. His boyish good looks had her head over heals in love with him. Within months the couple knew what they had was true love and planned to tell their families they were engaged. But someone else had beat them to it…

17. News of Their Engagement 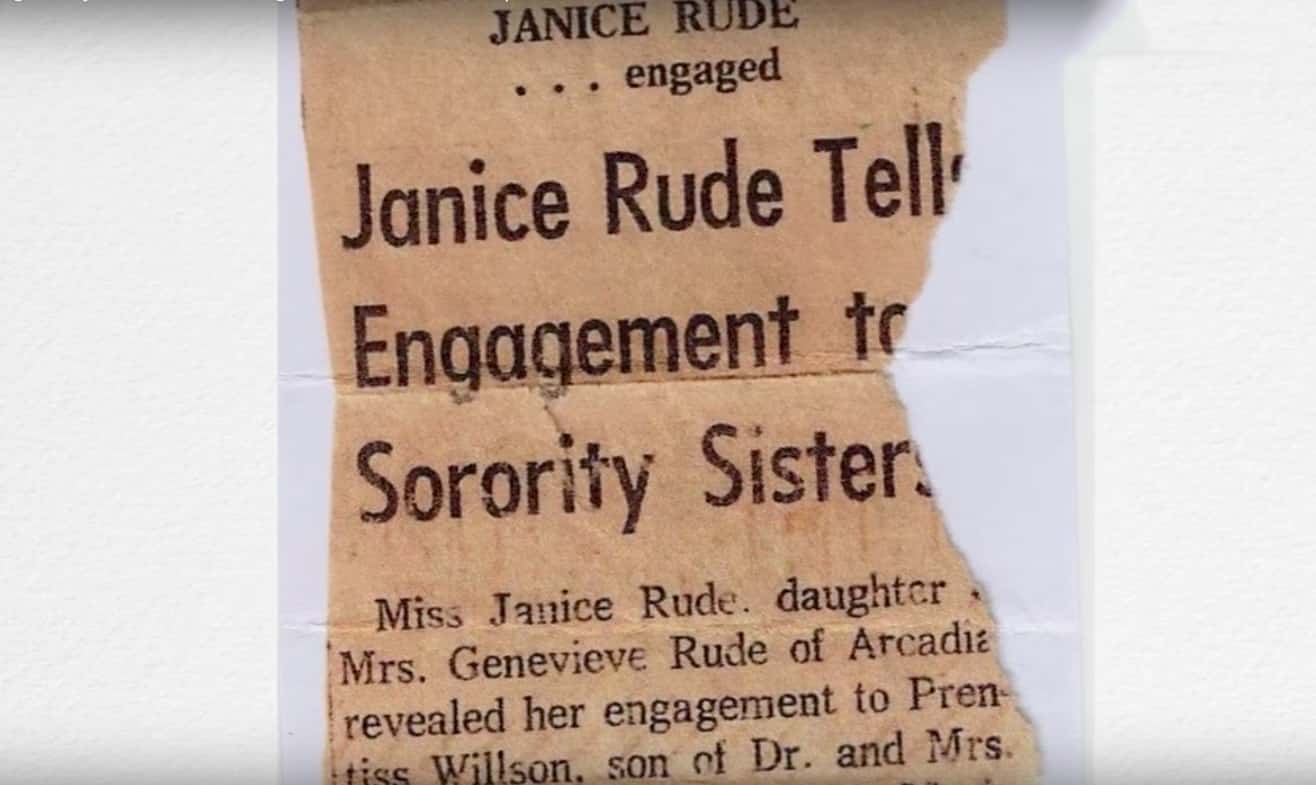 The local newspaper got wind of the young couple madly in love through a group of Janice’s sorority sisters and wrote a special piece on the lovebirds. Unfortunately, Janice’s father got the lowdown on the engagement from the paper before he heard the news from his daughter’s mouth and he had already made a decision on the fate of the couple’s happily ever after… 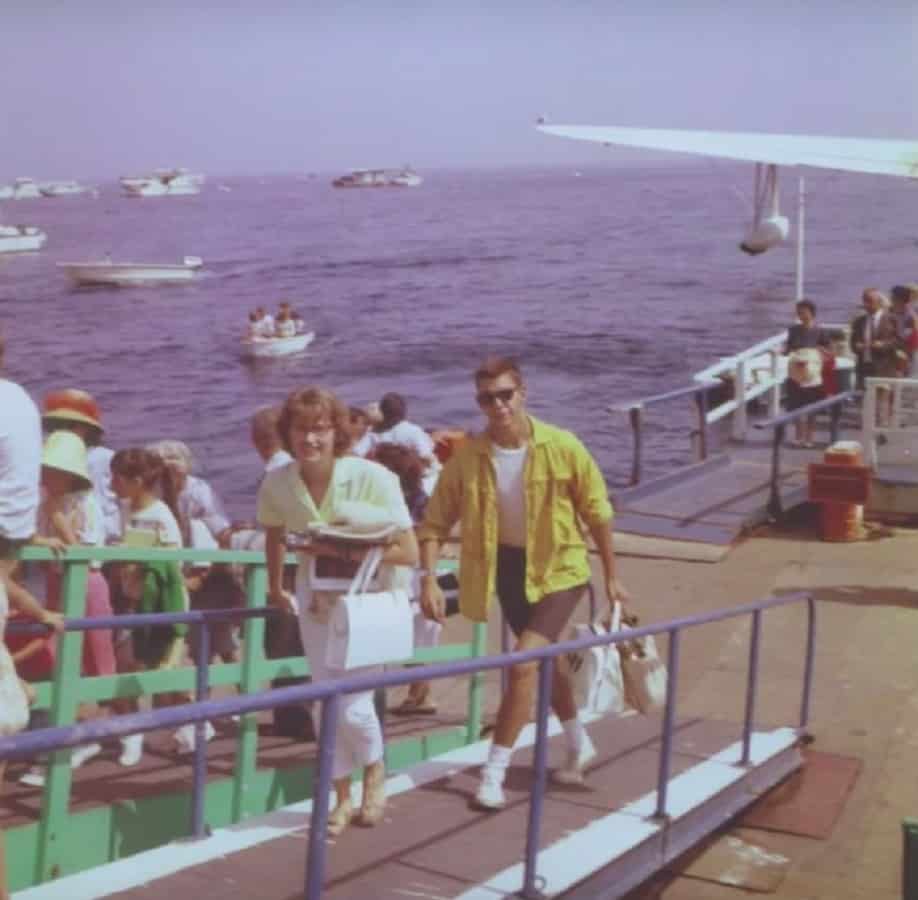 Although anyone could see that Janice and Wilson were absolutely smitten with each other, Janice’s father would not allow the couple to be wedded and gave his daughter an ultimatum: either he helped her pay for her schooling, or there was no furthering her education and that was final.

Janice was devastated by her fathers decision and simply couldn’t understand why he did not like Wilson. After all, she had thought the two shared similar interests and values which is why it was odd her father would not accept him.

While Wilson was more of a street-smart guy who was a little rough around the edges compared to most other young men who attended Occidental College, he was still a straight-A student which is usually enough to woo any parent. He even shared the same beliefs Janice’s father did when it came to valuing common sense more-over intellectual knowledge. Even though her father did not value a higher education, he knew how much it meant to his daughter which is why he proposed the ultimatum. He thought she would choose her education first. But did she? 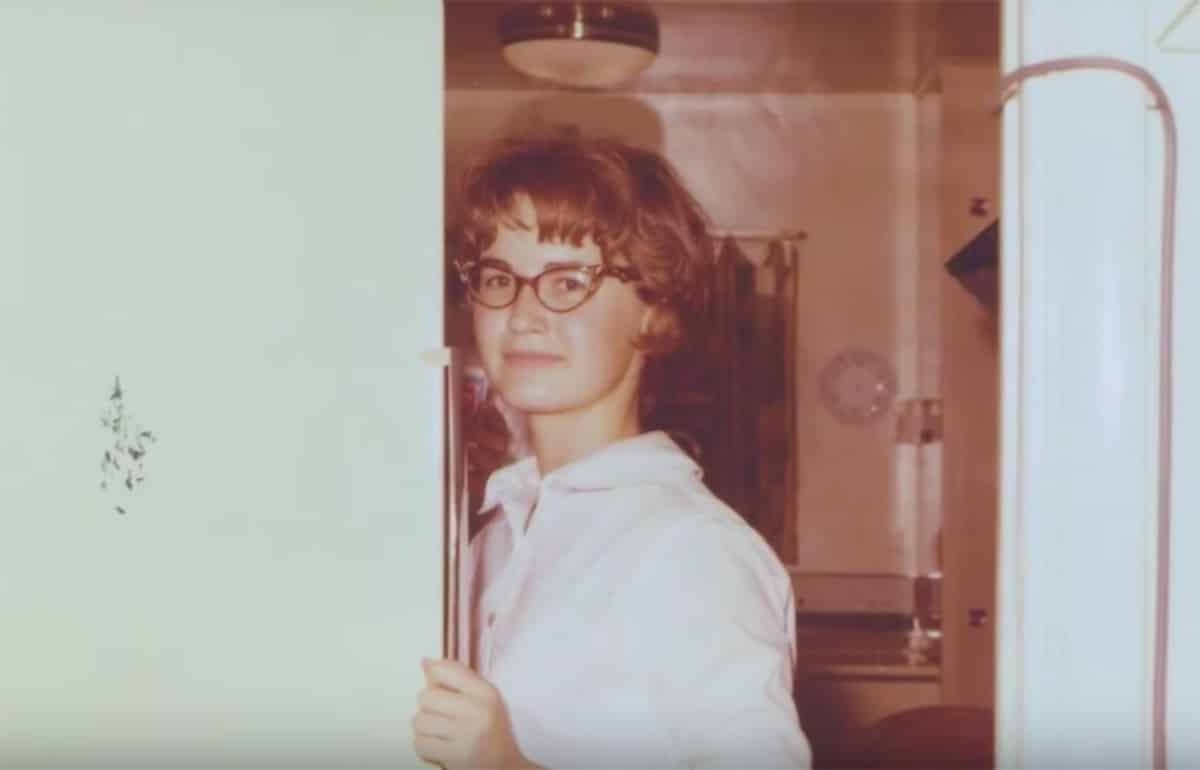 Janice knew she had the love and support from her mother who always told her to follow her heart. This is what prompted Janice to make a snap decision one Thanksgiving weekend. Instead of spending time with her family over the holiday, she jumped in the car and drove 150 miles. But where was she going?

13. Thanksgiving With Her Love 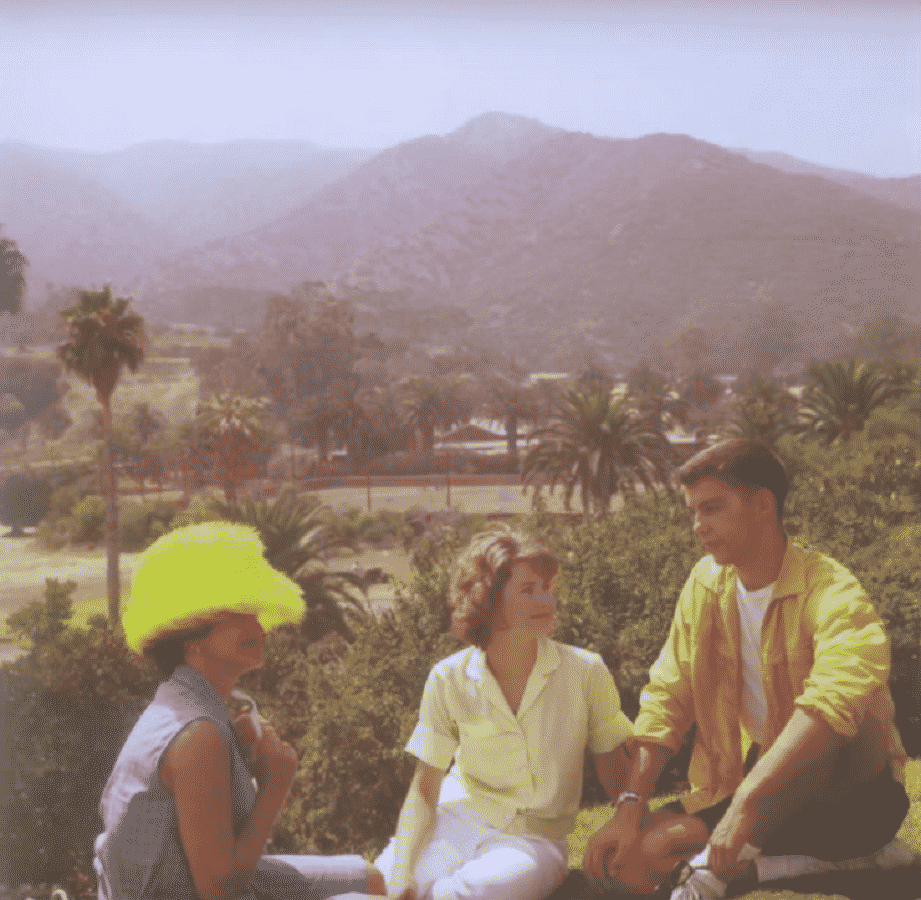 Forced to choose between her education and her true love, Janice drove the distance to surprise Wilson at his families home for Thanksgiving. Although she came unannounced, she was more than welcomed by his family. His mother was just as smitten with Janice as Wilson was! Janice had such an amazing weekend together with Wilson and his family that she could not bear to leave him. It was time to make a decision… 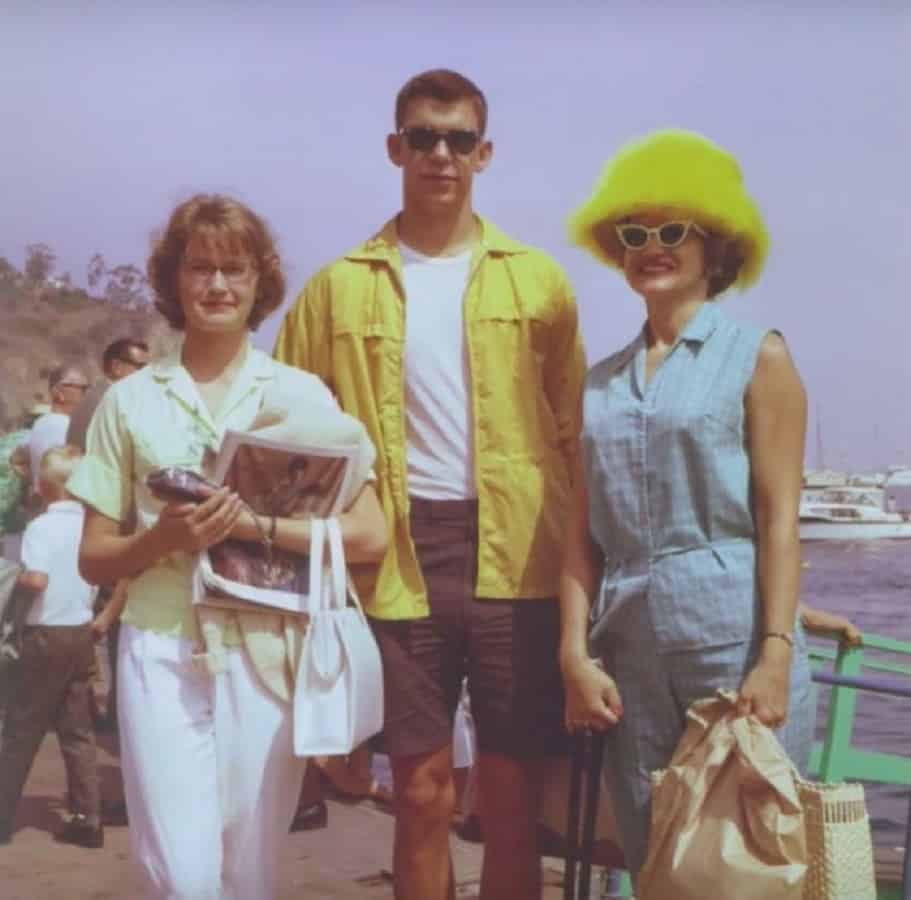 After spending the weekend with her love, Janice and Wilson decided that they would try to make a go at life together and they would simply figure out any financial difficulties they may struggle with along they way.

But as we know life isn’t that easy and things became very difficult for the couple. What happens next is not the fairytale ending you may have hoped for. 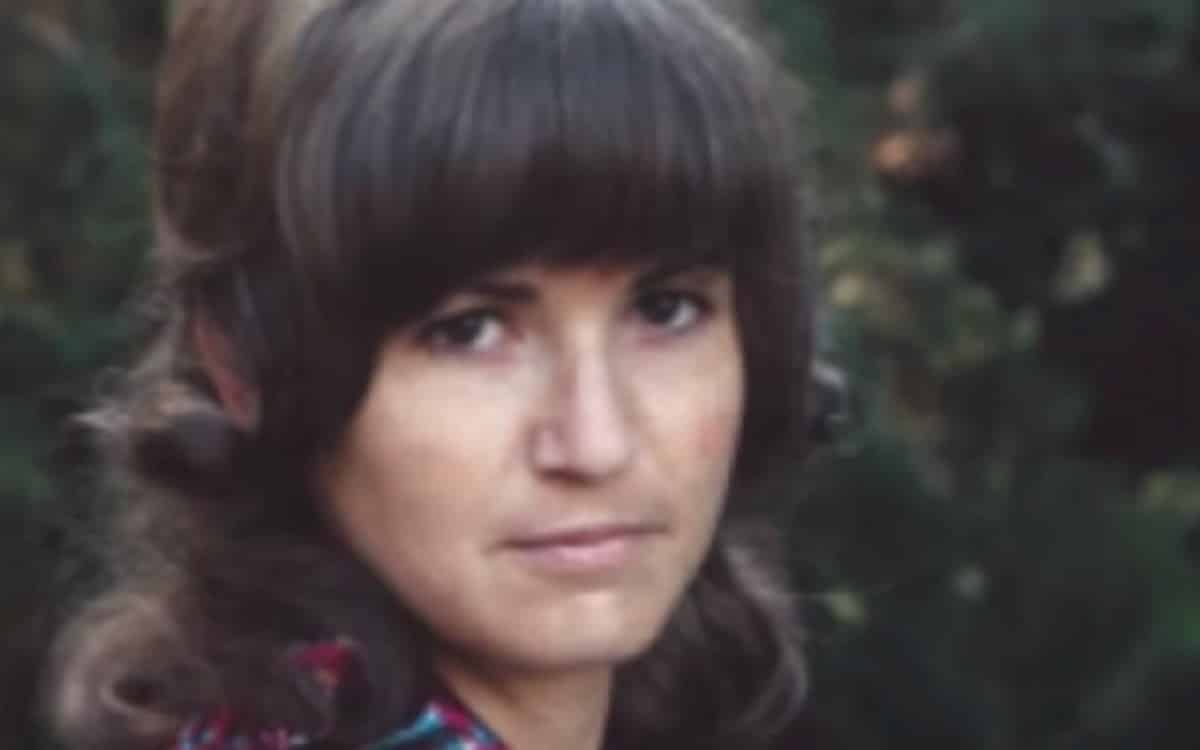 After dealing with the financial struggles of trying to pay rent while putting themselves through school, the couple were at their wits end. Even Janice’s mother did all she could, including taking out a second mortgage on the house to help with her daughter’s tuition, but it just wasn’t enough.

Janice valued her education and she knew she had to do the right thing and continue to focus on graduating so that she could take over her family’s company one day. Although it was a modest family business involving the manufacturing of diving boards, Janice was very proud and knew it would mean the world to her parents if she would one day run the company. So, she made the most difficult decision of her life… 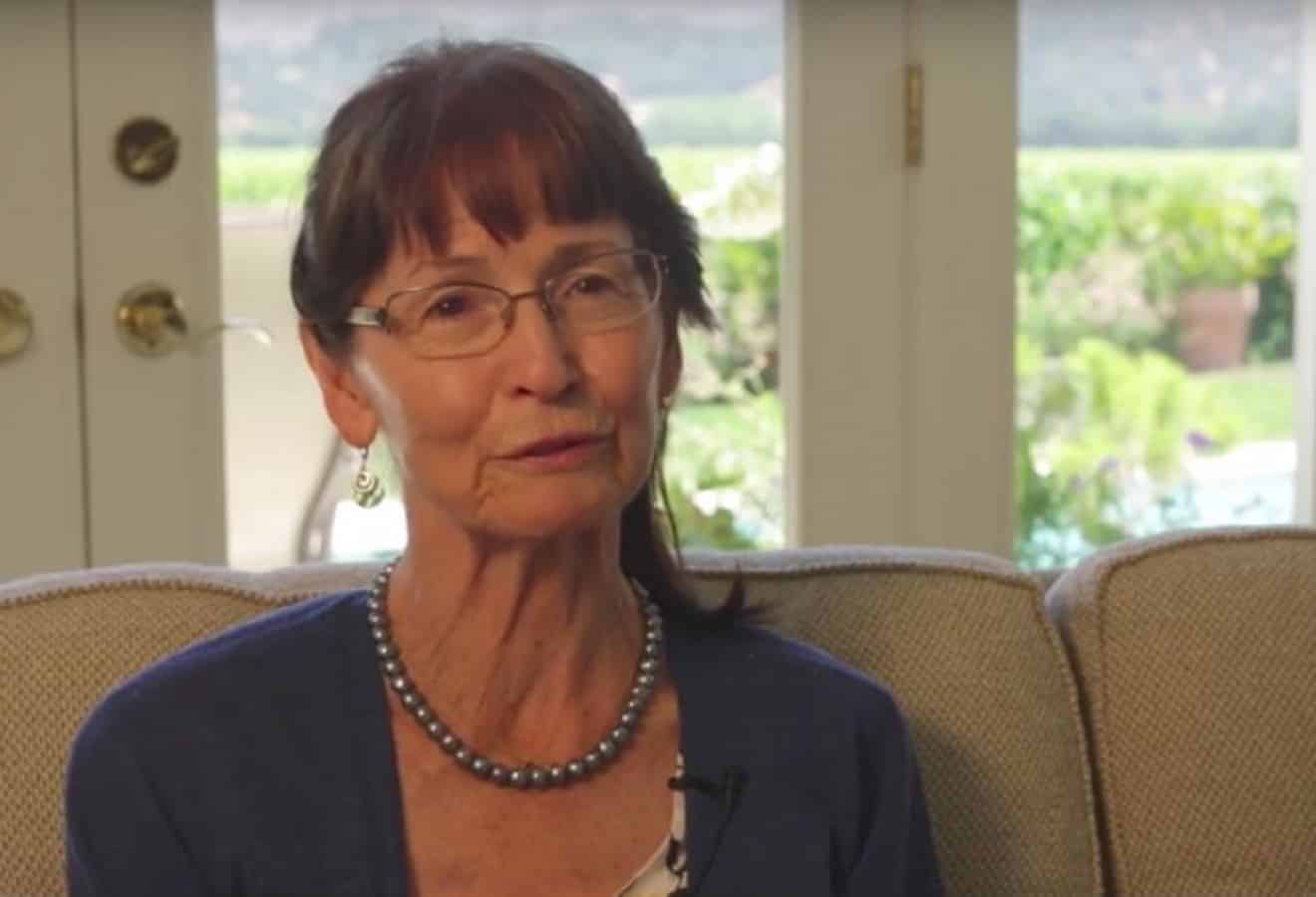 Janice and Wilson decided it best to move on but remained friends for a time. Eventually, all good things come to an end though, and they slowly drifted apart. However, Janice ended up doing very well for herself. She graduated college and went on to run the family business. She was even recognized in the USA Diving Association’s Hall of Fame for her work at the company in Reno, Nevada.

And as for Wilson, well, he did pretty well for himself too… 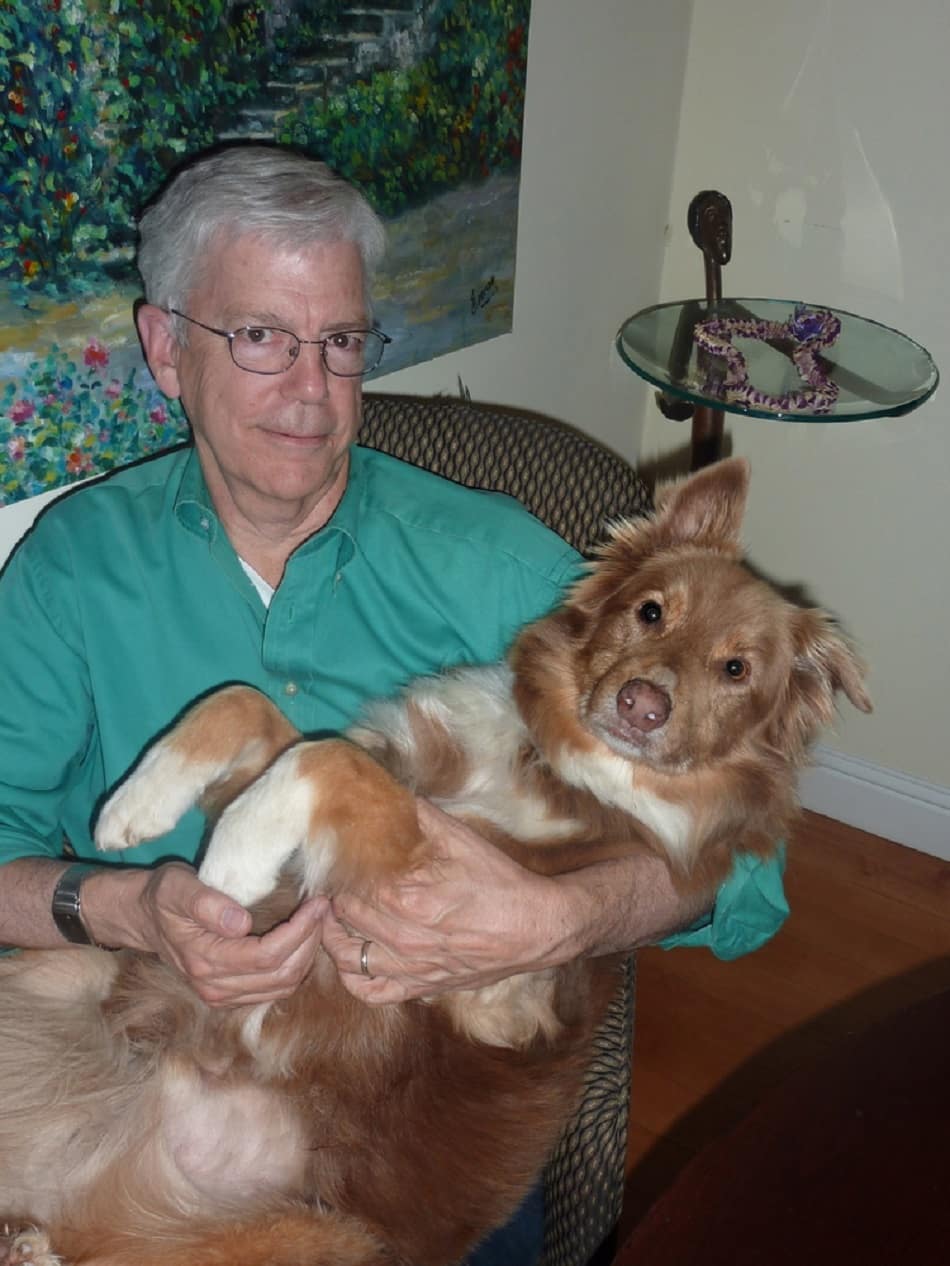 He went on to attend Harvard University and ended up becoming one of the most successful tax attorney’s in San Francisco. But while he did well in business, he wasn’t so lucky in love. Wilson did end up marrying, but the relationship was not the same fairytale kind of love he shared with Janice. His marriage soon soured and ended in divorce.

To make things worse, Wilson’s mother became very ill soon after his divorce and she ended up passing away. This was a very difficult time for Wilson, but something good did come of it… 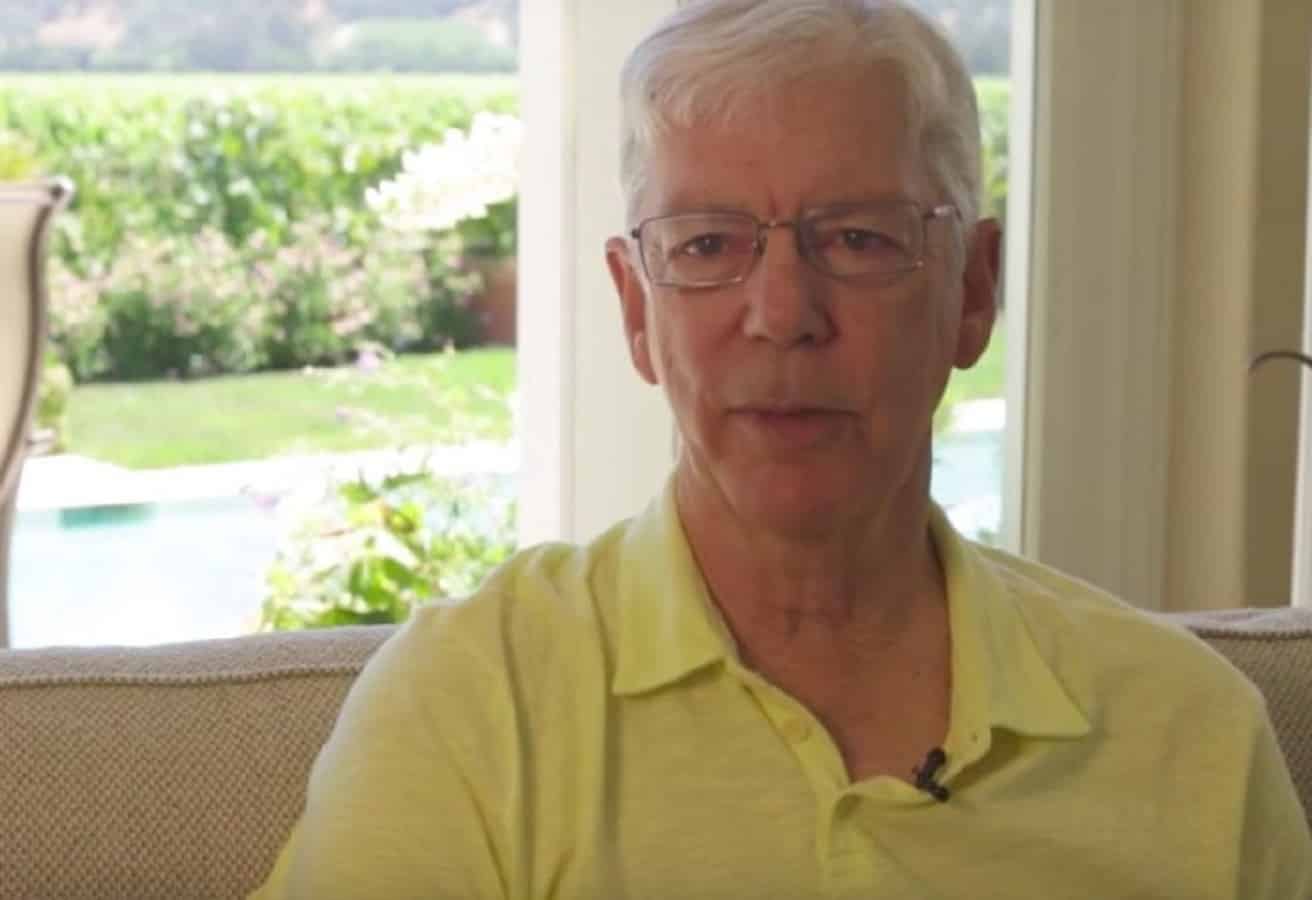 As Wilson was grieving the death of his mother, someone else was also grieving the death of her own. Janice’s mother had also become very sick and her health had declined rapidly. Both of them had been tasked with the responsibility of going through their mother’s belongings and as they did so, they stumbled across a freaky coincidence…

Janice and Wilson both found the same newspaper clipping from 1969 announcing their engagement among their mothers’ most cherished possessions. The mothers must have both known that there would be a happily ever after for the two at some point. This brought back a flood of happy memories for the pair and what happens next will certainly warm your heart.

6. A Date at the Cliff House Restaurant 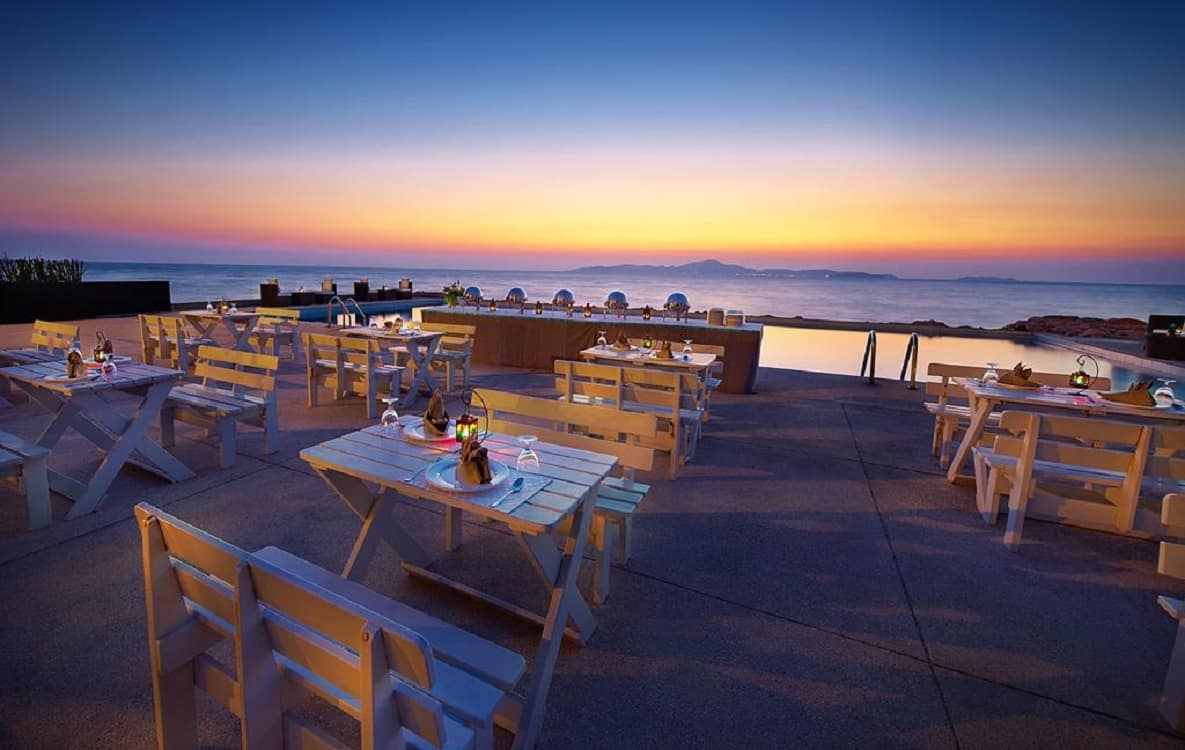 Shortly after finding the newspaper clipping, Wilson decided to reach out to Janice and ask her to brunch. And it wasn’t just any brunch, he was planning to take her to the romantic Cliff House restaurant in San Francisco. Of course, she said yes, as she couldn’t wait to see Wilson after so many years apart.

Get ready, because you’re heart is going to melt when you see them all dressed up and back together again! 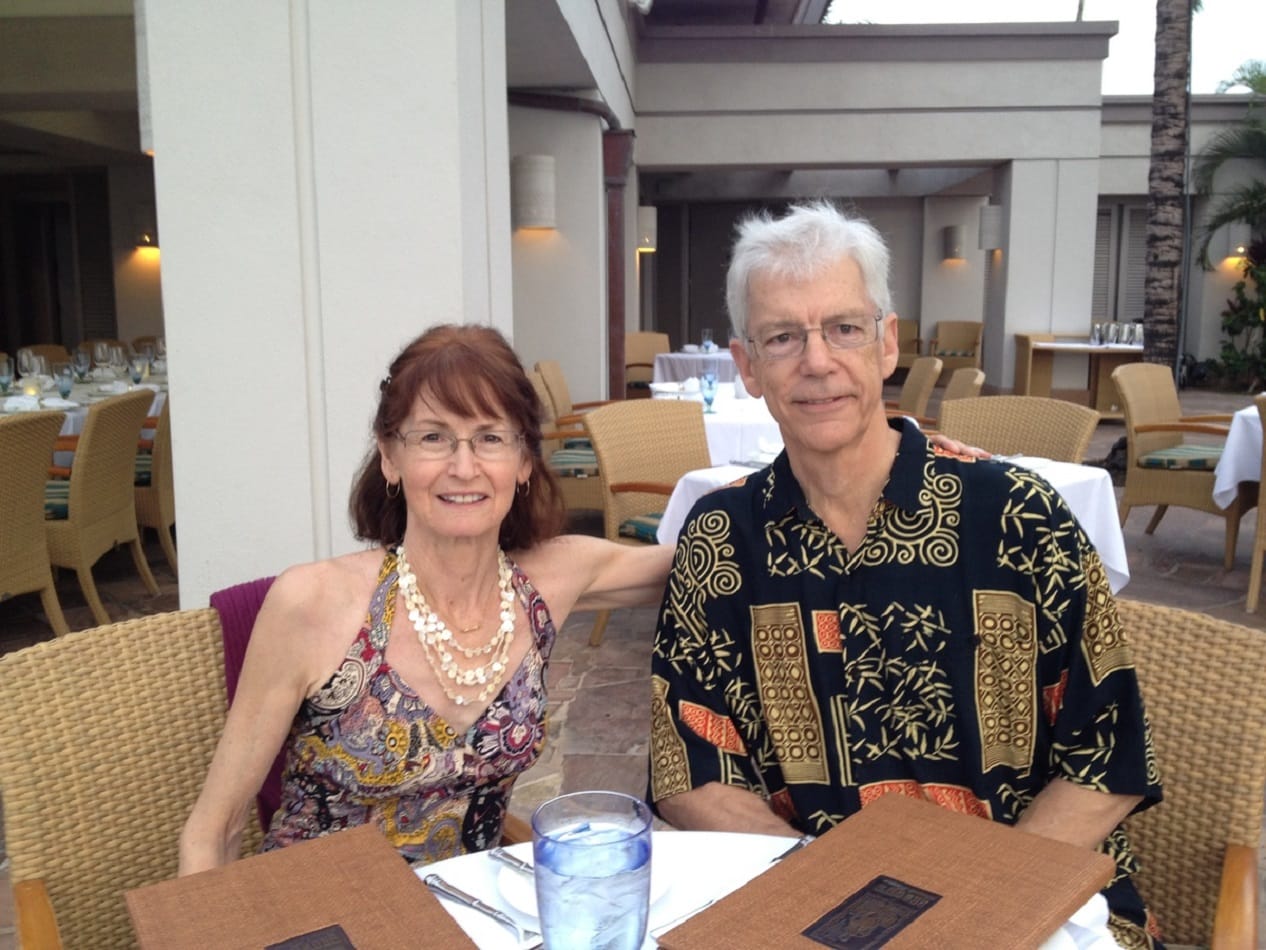 Aren’t they the most adorable couple you’ve ever seen?! They may appear a little nervous based on the distance that separates the pair in this pic, but just wait until you see how cozy they get with each other when they start to open up! 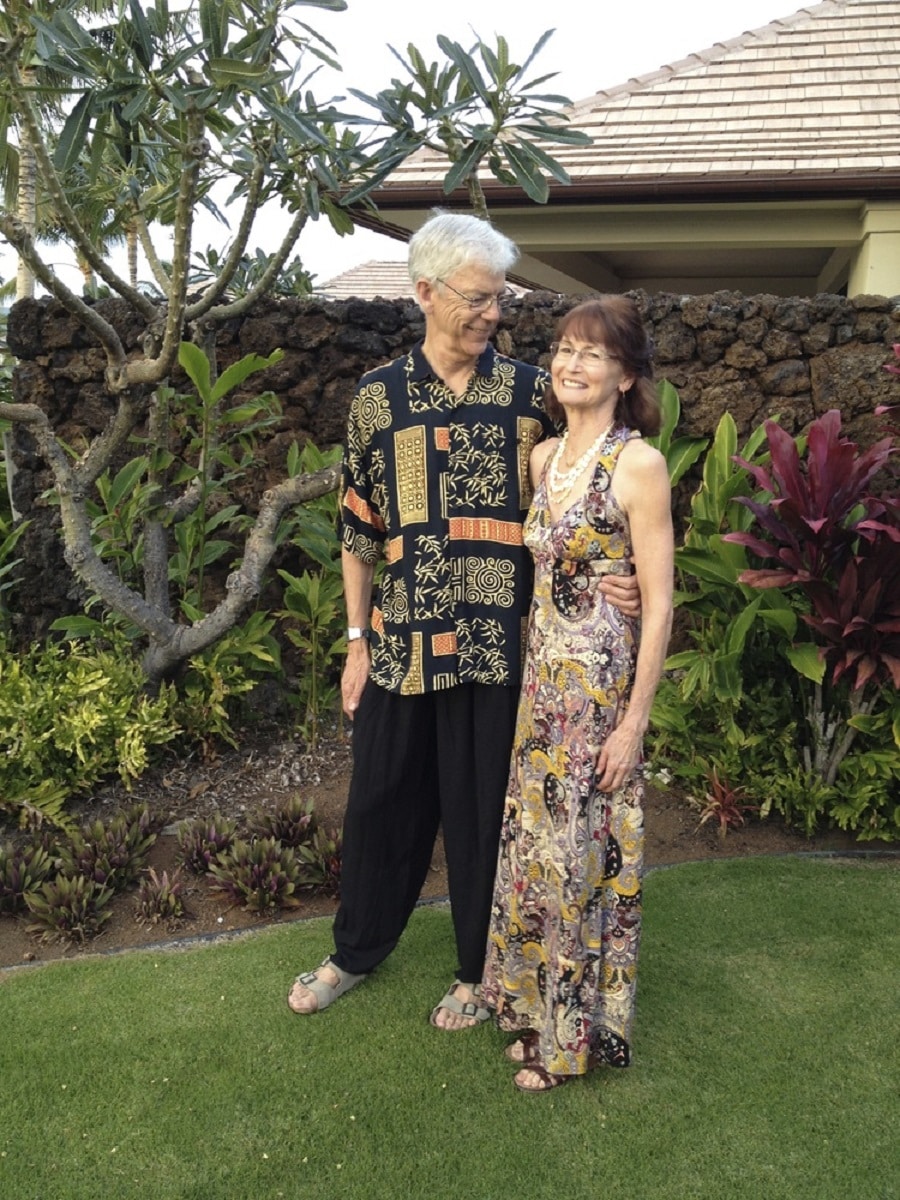 Now that’s better! Both admitted they were a little nervous to meet after all this time, but things quickly began to feel like the good old times the couple had shared together. So much so, that it got them thinking about their future… 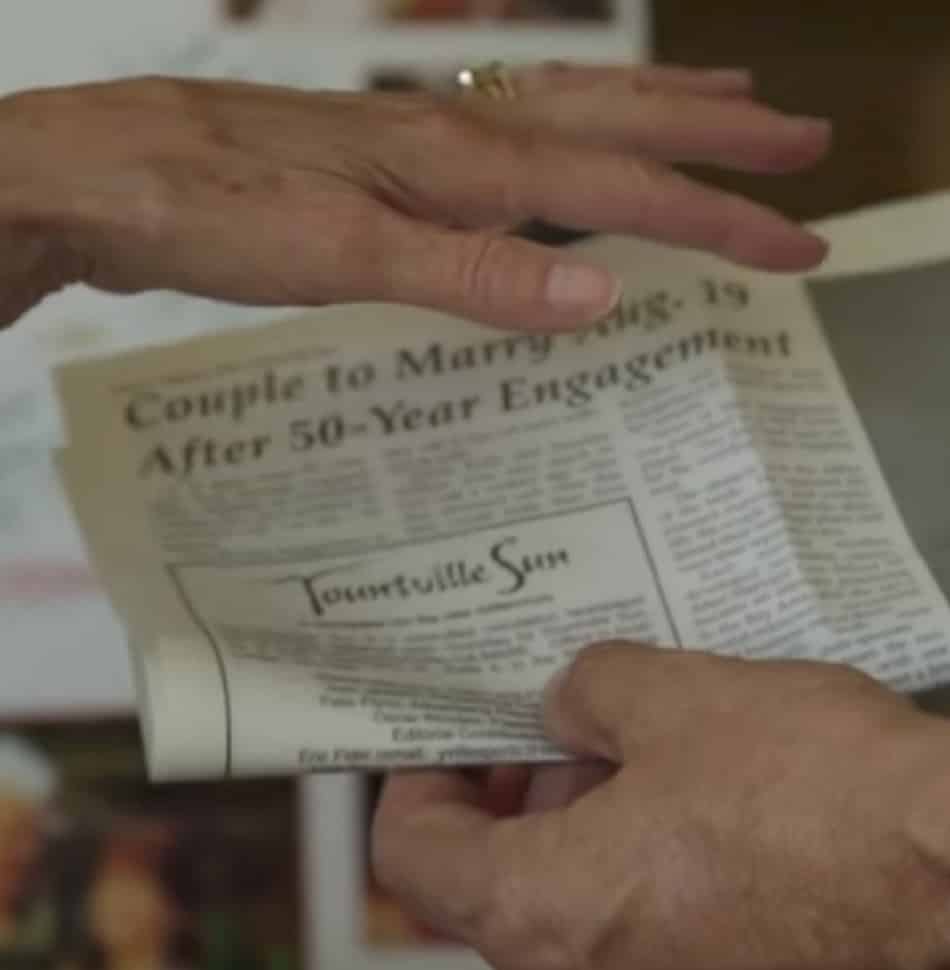 Within 6 months of their date at Cliff House, the couple was engaged again and nothing was stopping them from saying “I do” this time around!

They even joked about their “50 Year Engagement” and had an article printed in the paper! 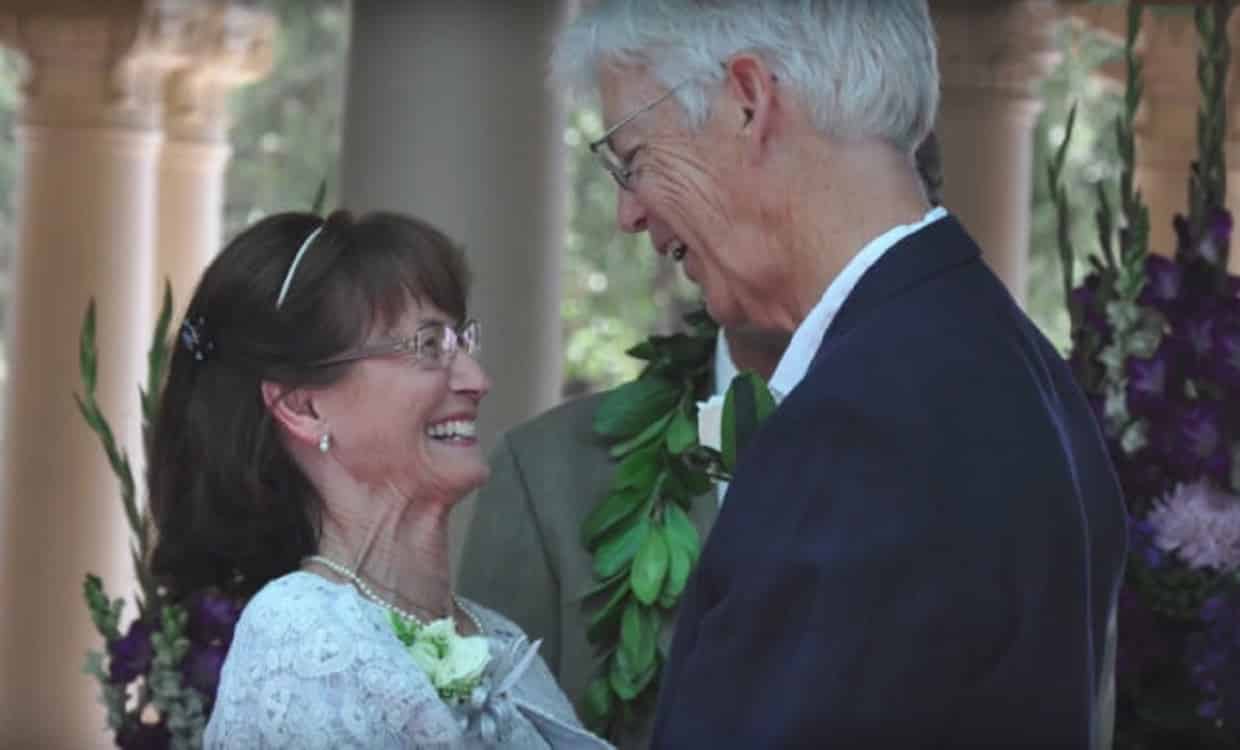 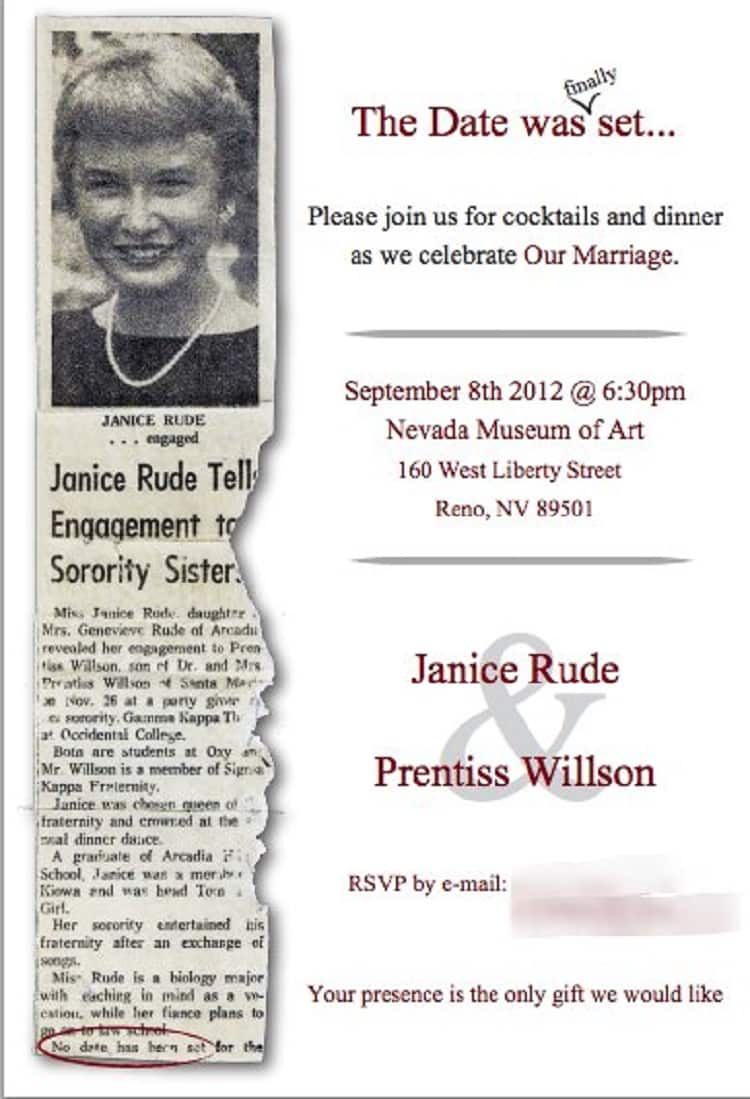 On September 8th, 2012 Wilson Prentiss and Janice Rude were finally married. Their happily ever after was actually coming true after all this time.

Just look at how happy they were then Vs now… 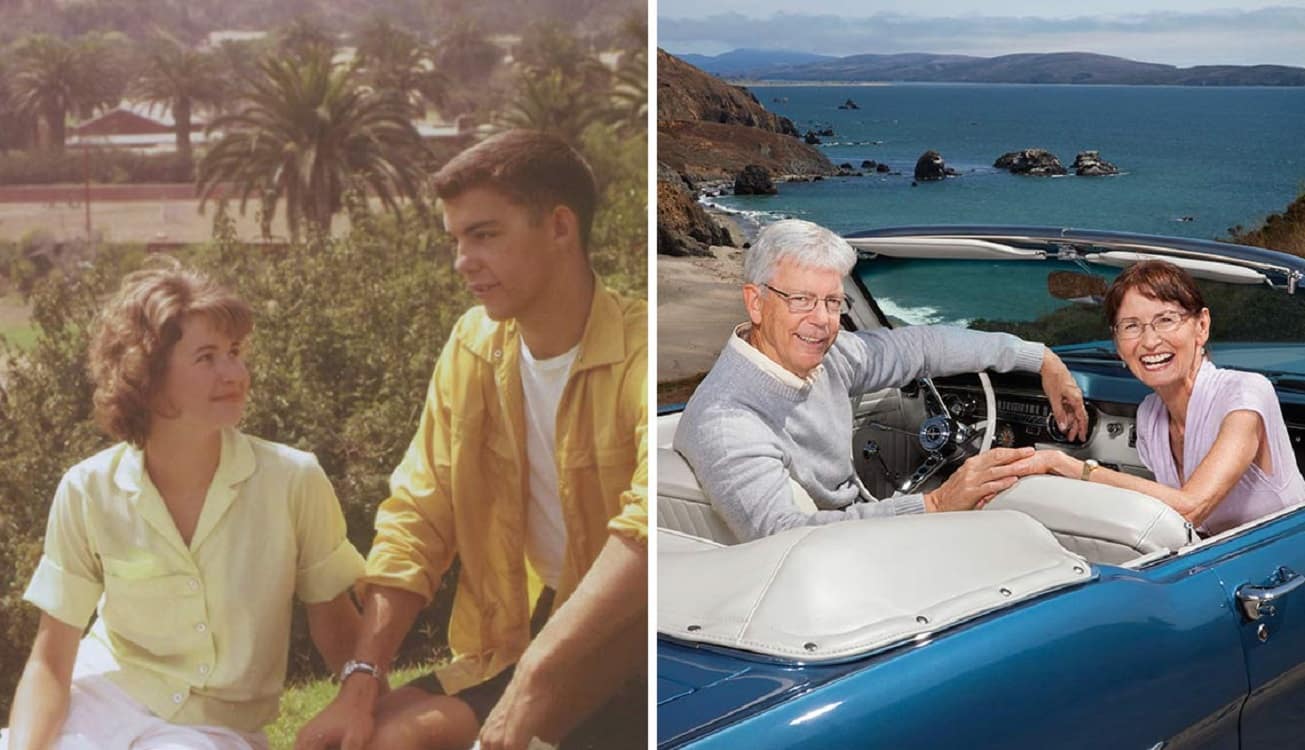 This lucky couple was granted the opportunity of a second chance at love and based on the following pictures, it looks like they’re pretty darn happy with the way things turned out!

Check out what the happy couple has been up to together: 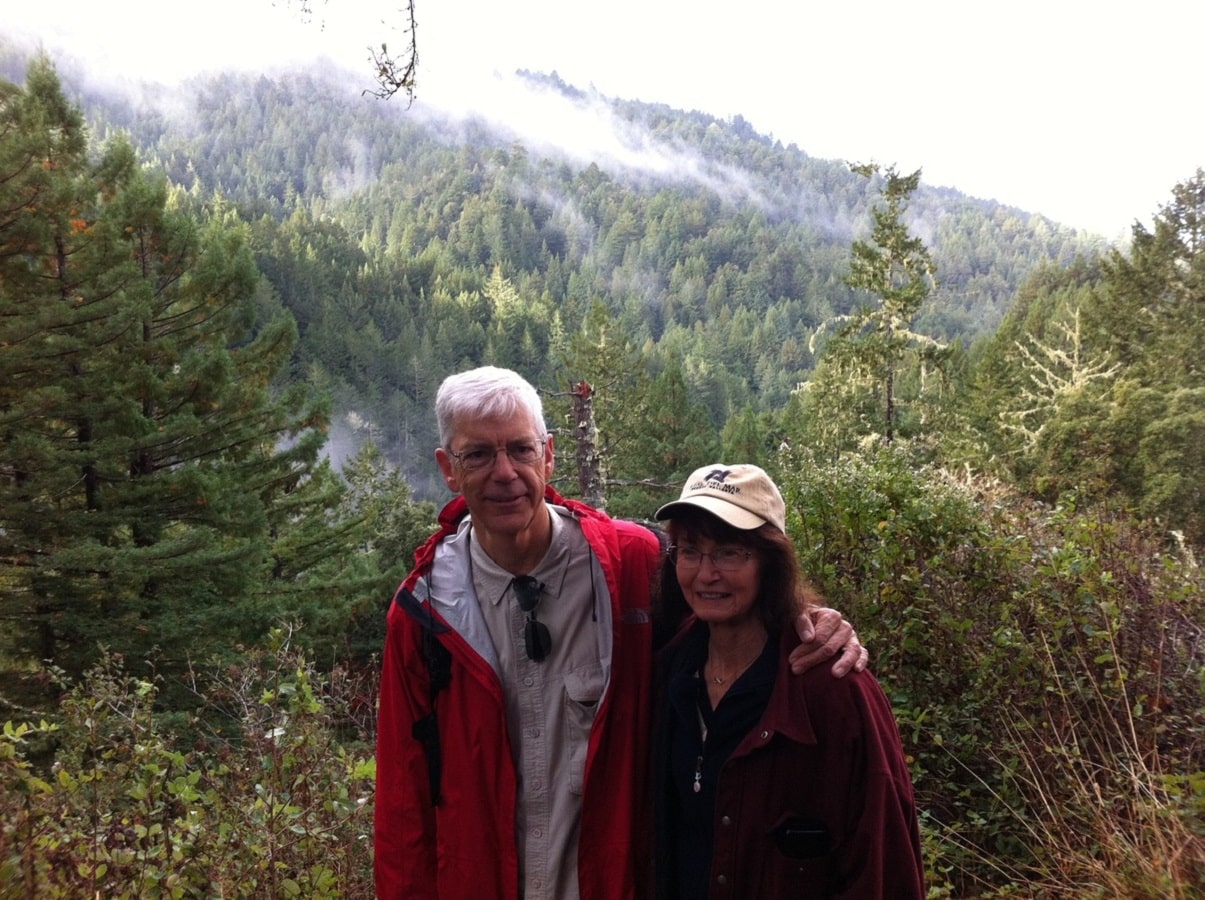 Wilson and Janice absolutely love the outdoors and try to get out as often as they can together with their dogs! But they also enjoy more lowkey activities too… 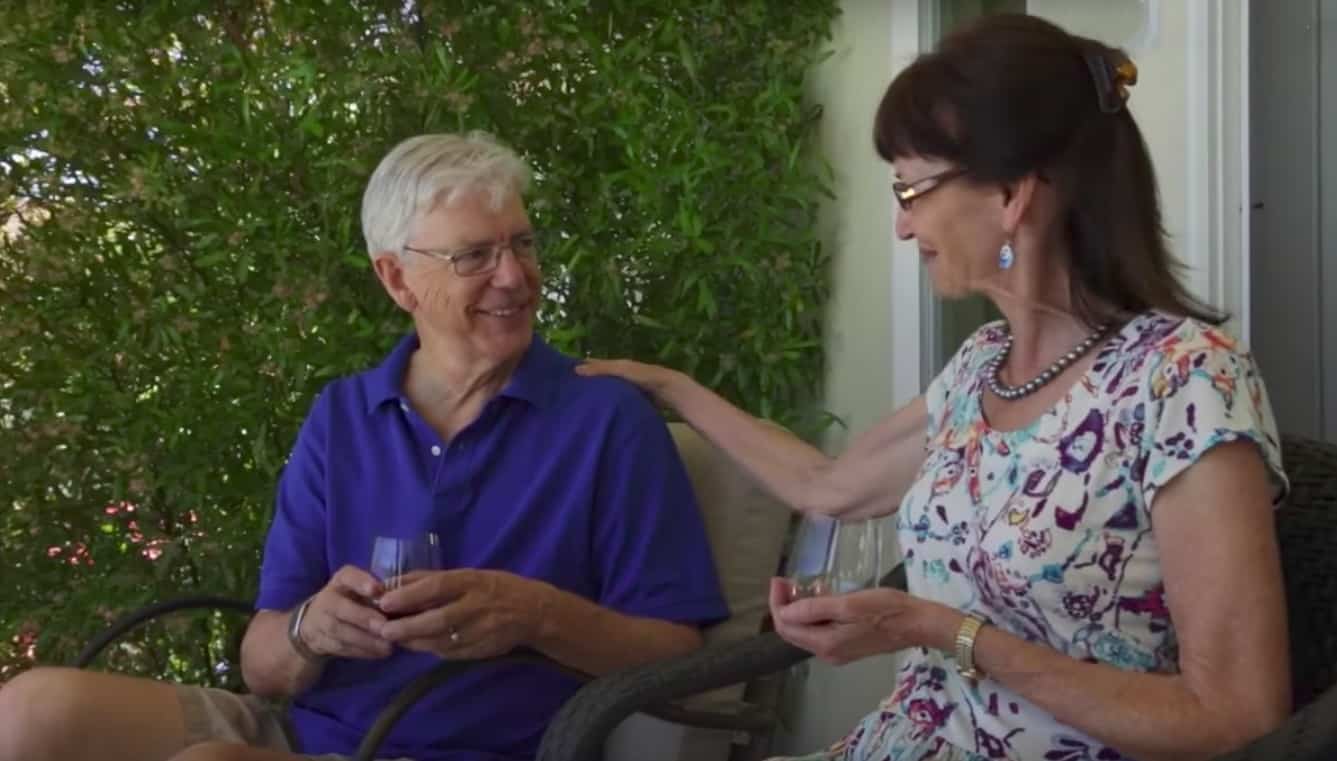 They certainly know what life is all about and we’re so glad to see them happy together at last enjoying the simple things! 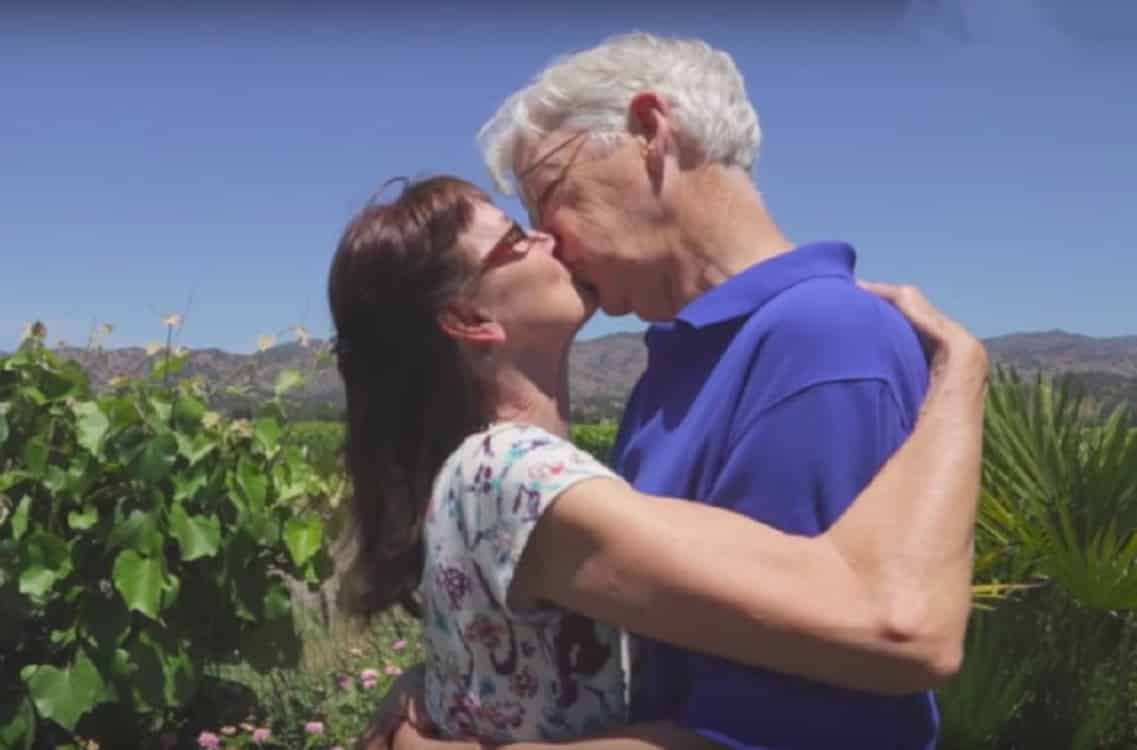 Their story teaches us that true love is definitely worth waiting for!!