REVEALED: The Truth About The Bermuda Triangle 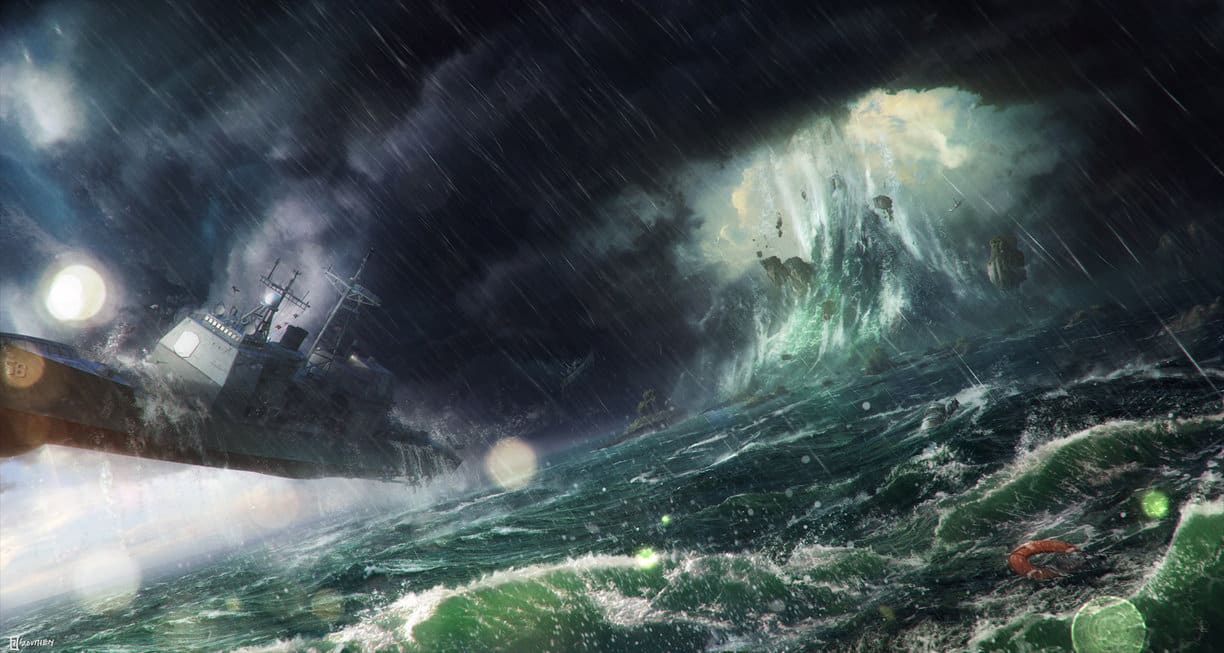 The Bermuda Triangle is located in the Western part of the North-Atlantic Ocean, near the Bahamas and Puerto Rico. It has been referred to as the “Devil’s Triangle” due to its notorious reputation for swallowing up anything that dares cross its loosely defined border. Much is unknown about the region because something so dangerous is hard to study, especially when many theories have already been debunked. 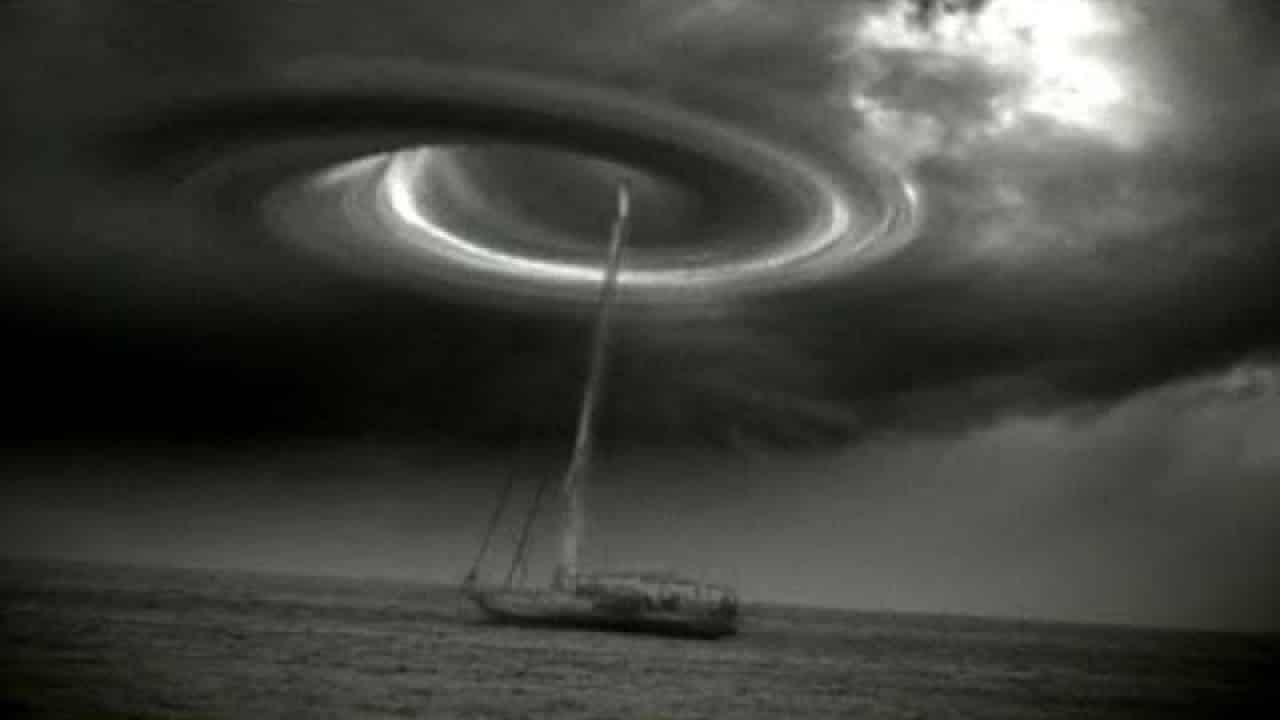 For generations, the mystery behind the Bermuda triangle has caused many to believe that it has something to do with the paranormal, as many planes, boats, and people have gone missing. Many families have been left with more questions than answers as their loved ones simply vanished within the Bermuda Triangle. Scientists and citizens alike have developed many theories to explain the anomalies that continue to occur in the surrounding area, but for years nothing has been confirmed—until now. 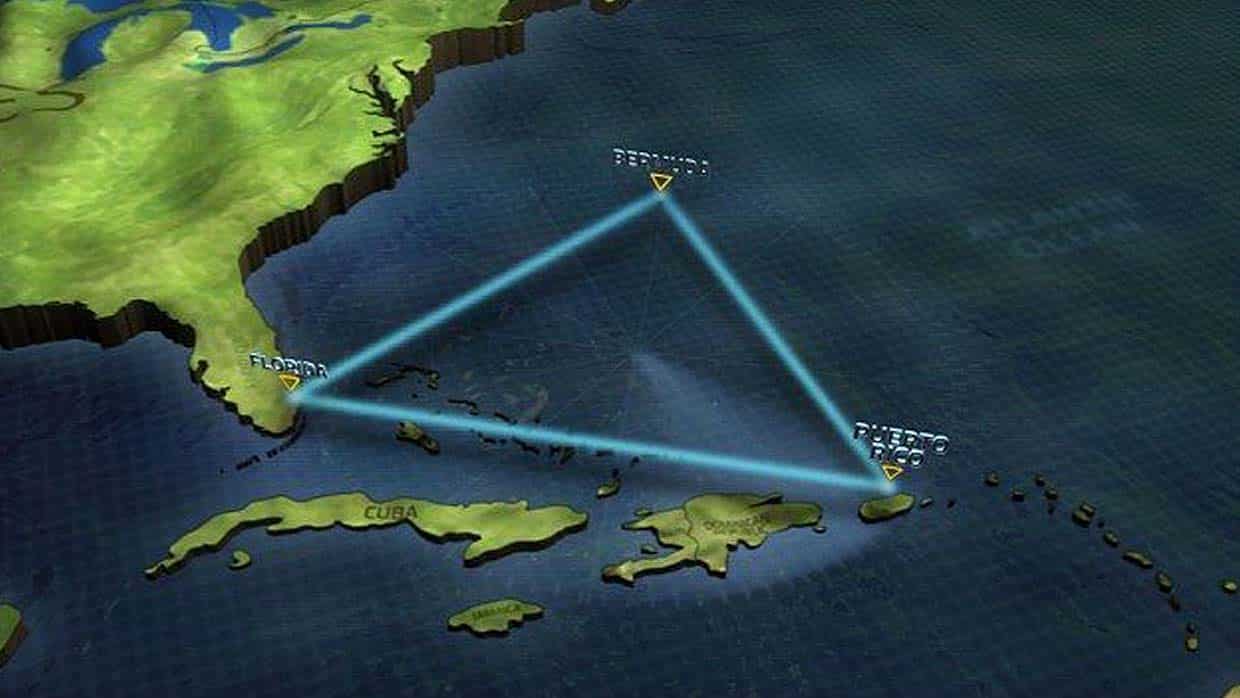 Before we get into the truth behind the Bermuda Triangle, we must go over the vast history of strange experiences people have reported. It goes all the way back to Christopher Columbus and the fireball he reported seeing falling from the sky while sailing in 1492. For Columbus, this would have been an extraordinary event as he noted it had caused his compass to malfunction. 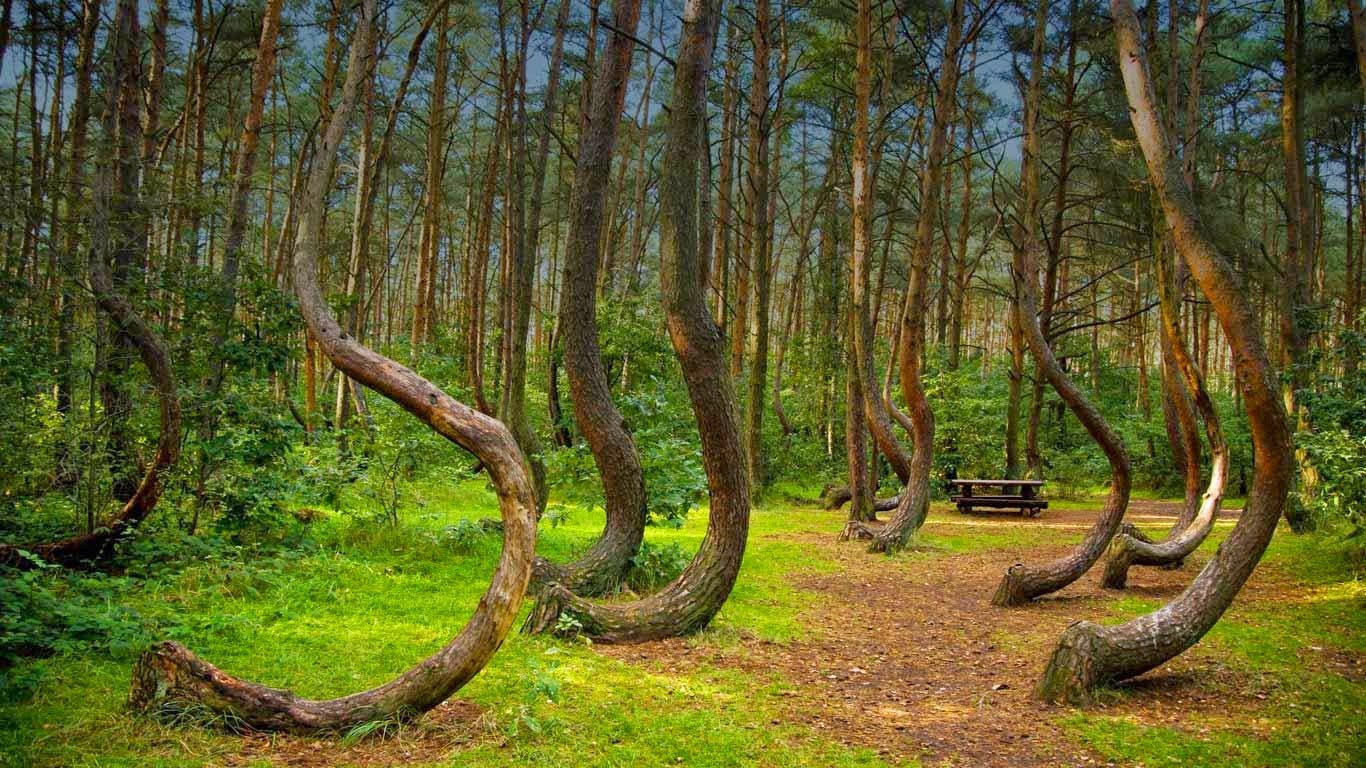 The Bermuda Triangle is so notorious, that it has a forest named after it. The Hoia Baciu forest in Romania is a haunted forest known for its chilling stories and it’s commonly referred to as the Bermuda Triangle Forest. The forest is said to be a hot spot for UFO sightings, haunting screams, and inexplicable burns on the visiting tourists. This is to give you a little insight on just how notorious the BT is, even having a forest named after it. 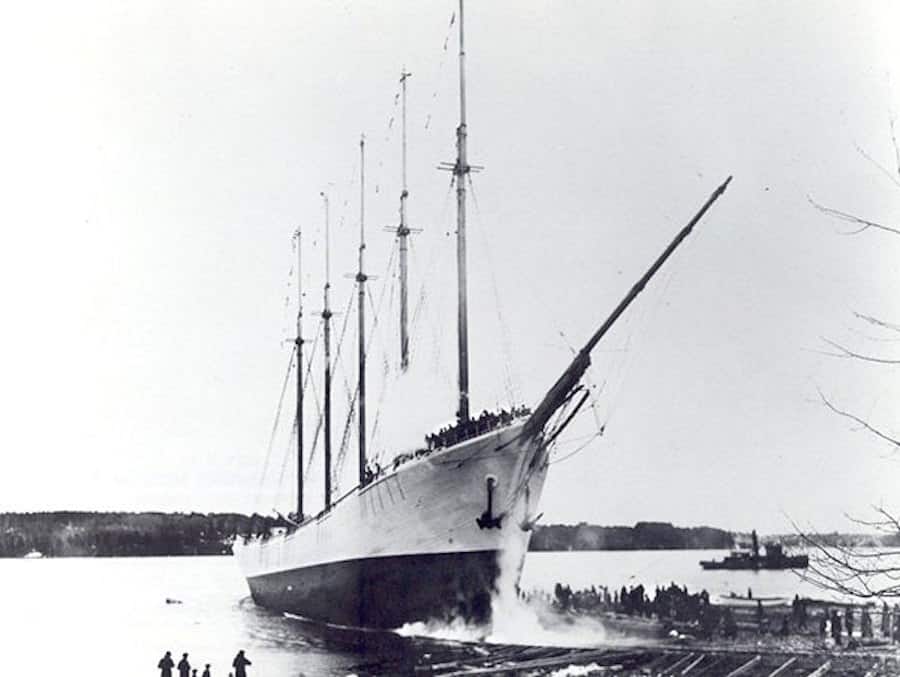 The Carroll A. Deering was a sailing vessel that was found abandoned in the waters of Cape Hatteras, North Carolina, in 1921. The ship was found completely abandoned—no crew, no navigation equipment, and no logs. This mysterious incident led people to believe the ship and crew fell victim to the infamous Bermuda Triangle, especially since there has been no official explanation to this day. Many people think the crew fell victim to piracy, but there is usually evidence of bodies and supplies in the water in such cases 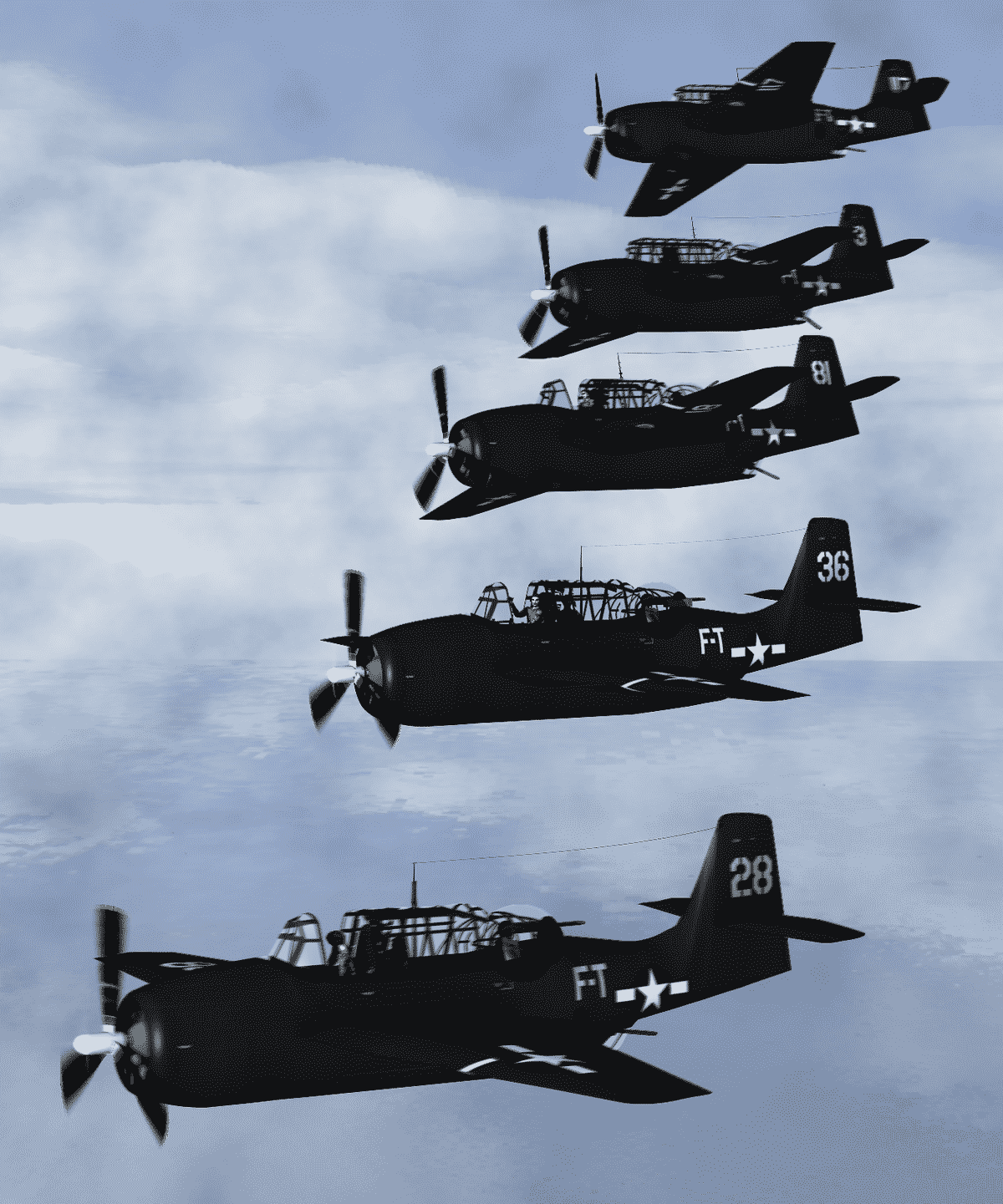 Another unexplained incident connected with the Bermuda Triangle is Flight 19, which refers to the five Grumman torpedo bombers that went missing as they flew over the infamous triangle in December of 1945. The five US bombers were participating in a training exercise that consisted of constant contact with their flight leader, Charles Taylor. The group lost contact and went missing near the Naval Base in Fort Lauderdale and no remains have ever been located. 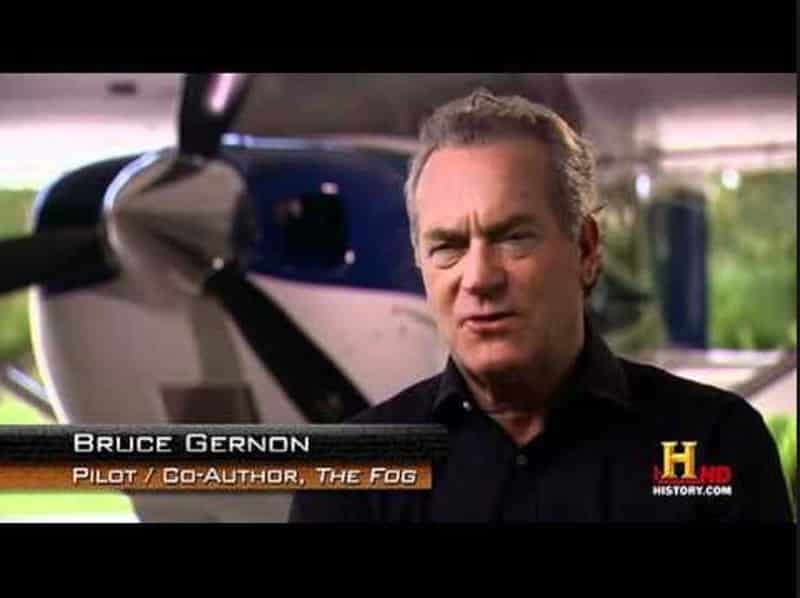 Military pilots aren’t the only ones to have had encounters with the Bermuda Triangle and its destruction. American Pilot Bruce Gernon was flying over the BT in 1970 when, suddenly, he went through a circular tunnel like formation. Terrified and in shock, Gernon realized none of his instruments worked due to some type of electromagnetic fog. His experience as a seaplane pilot in the BT gave him opportunities to participate in nearly 36 documentaries about BT anomalies. 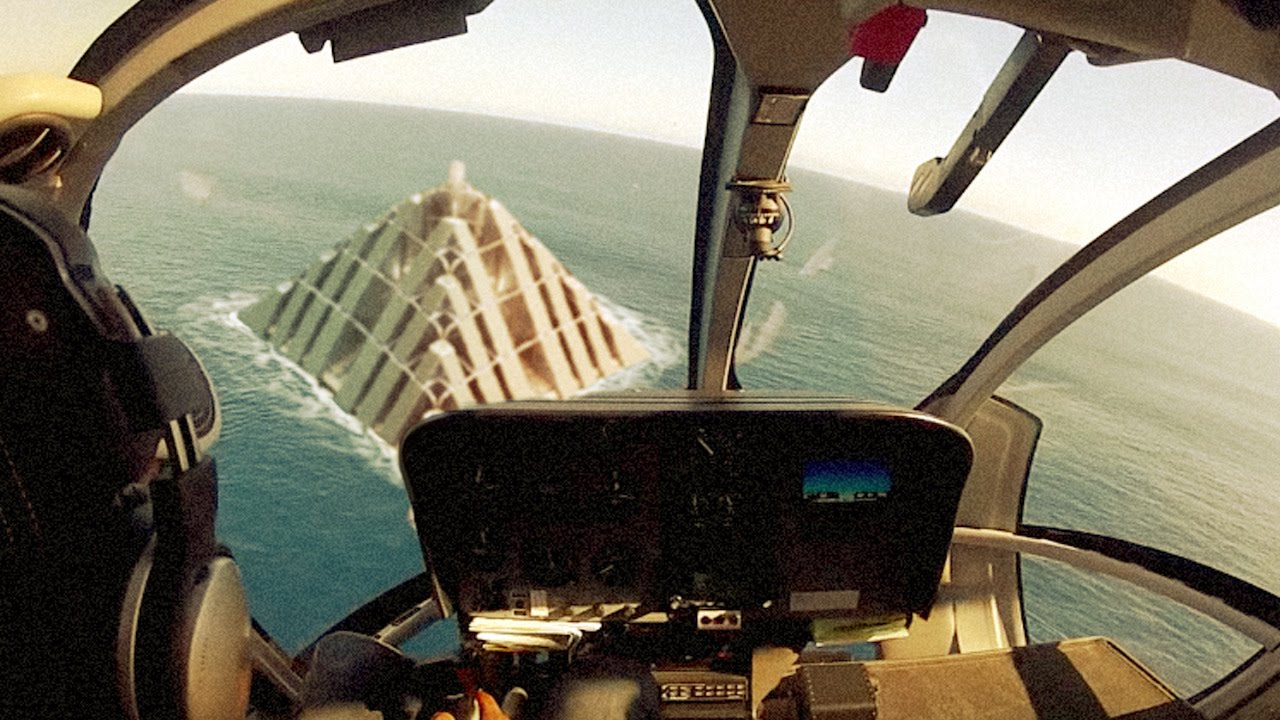 On March 19th, 2009, terrified passengers aboard a flight realized that there were strange lights in the sky as they started to cross the area of the triangle. Many said it looked like a vortex in the middle of the sea—some even said they photographed it, but those photos weren’t recovered. There were the same reports among a few naval ships who also photographed the event. Witnesses behind the naval cameras said the light formation hovered above the ocean for about an hour before disappearing. 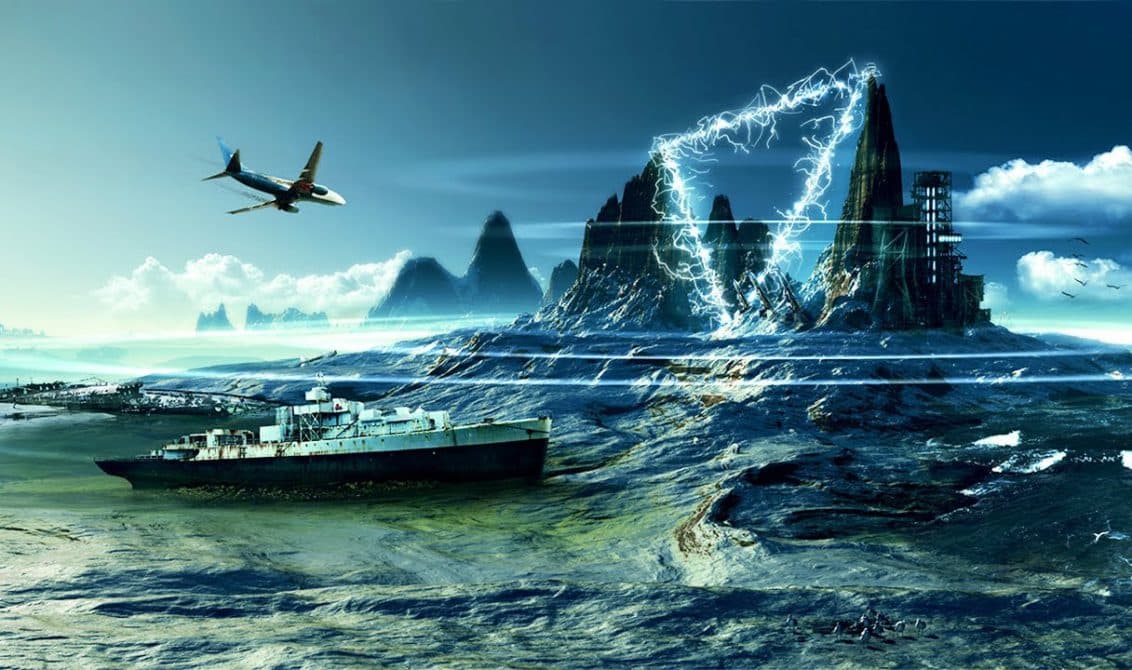 The 2009 incident wasn’t the only vortex to be witnessed in the Bahamas and its surrounding areas; in 2015, witnesses claimed they saw a vortex like configuration. Quickly after the vortex appeared, a UFO was seen flying right through it. The UFO appeared to be glowing and cloud like, and both the vortex and craft seemed to be visible from nearby beaches.

There have been many singular UFO sightings around the Bermuda Triangle but they’re aren’t many mass UFO sightings. In 2014, passengers on a cruise ship in the Bahamas reported seeing multiple UFOs, grouped together, hovering in the sky. The crafts were glowing orange with multiple lights that dimmed over several minutes, eventually disappearing. 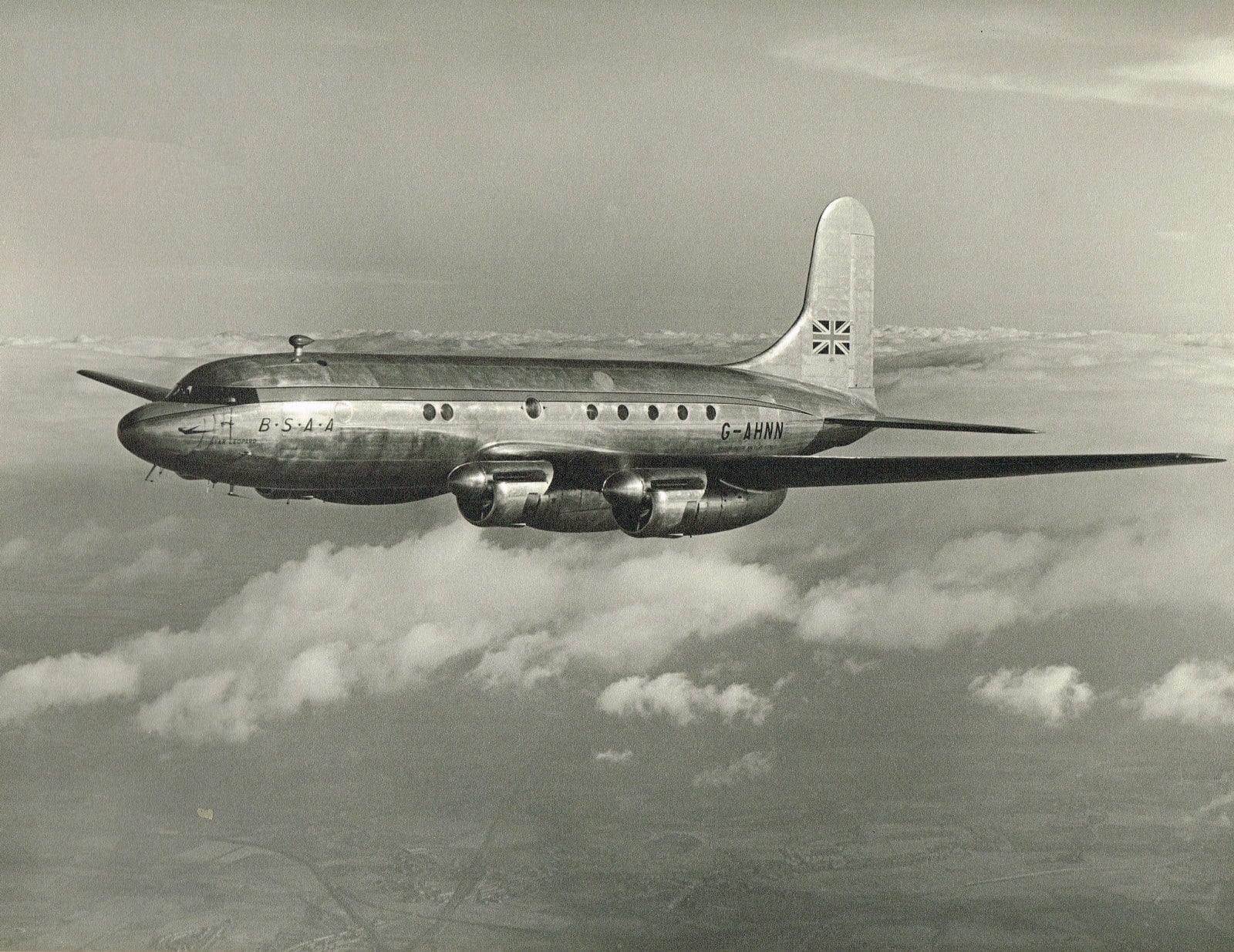 On January 30th, 1948, the Star Tiger became one of the many planes mysteriously lost to the Bermuda Triangle. The flight had 25 passengers on board who were expected to land in Bermuda at 5 am, but instead went missing. The pilot and radio operator lost contact with each other around 3 am and, within 17 minutes, the plane had vanished. A rescue mission, consisting of 26 planes, to search for the lost passengers went for five days without success. Some believe they ran out of fuel while others are convinced it was the infamous Bermuda Triangle. 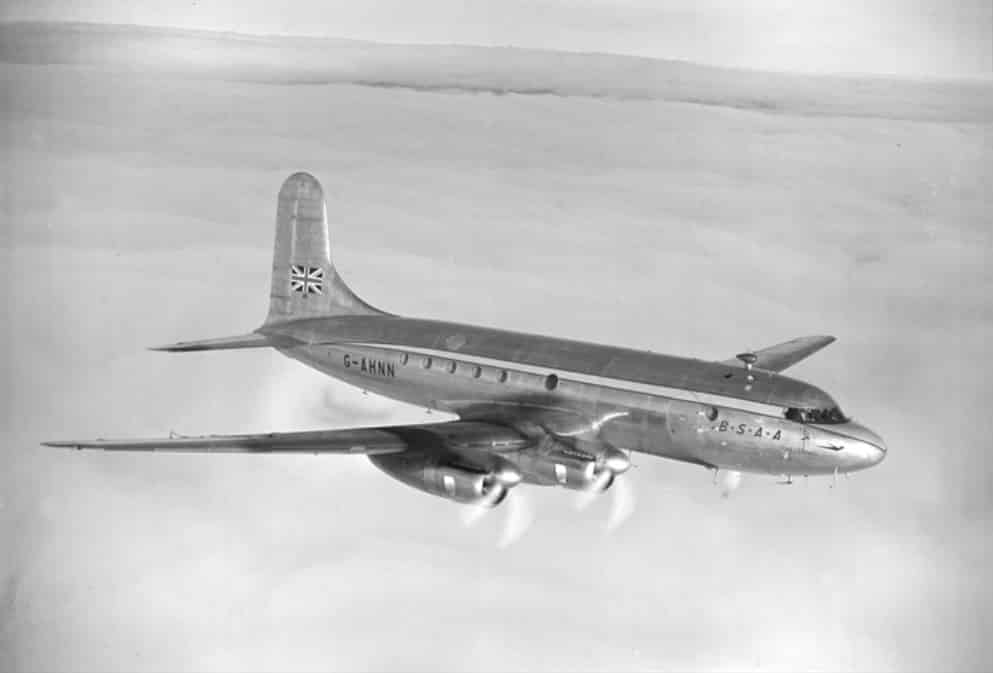 Further proof that the Bermuda Triangle has a habit of swallowing up planes is the disappearance of the Star Ariel. Just like the Star Tiger, the Star Ariel was a BSAA passenger plane that was on a flight from Bermuda to Kingston, Jamaica, in 1949 when it suddenly went missing. Seven crew and 13 passengers went missing that day, which was extremely strange because they were flying in near-perfect weather and had been communicating an on-time arrival and flight time nearly the entire time. The disappearance was never solved. 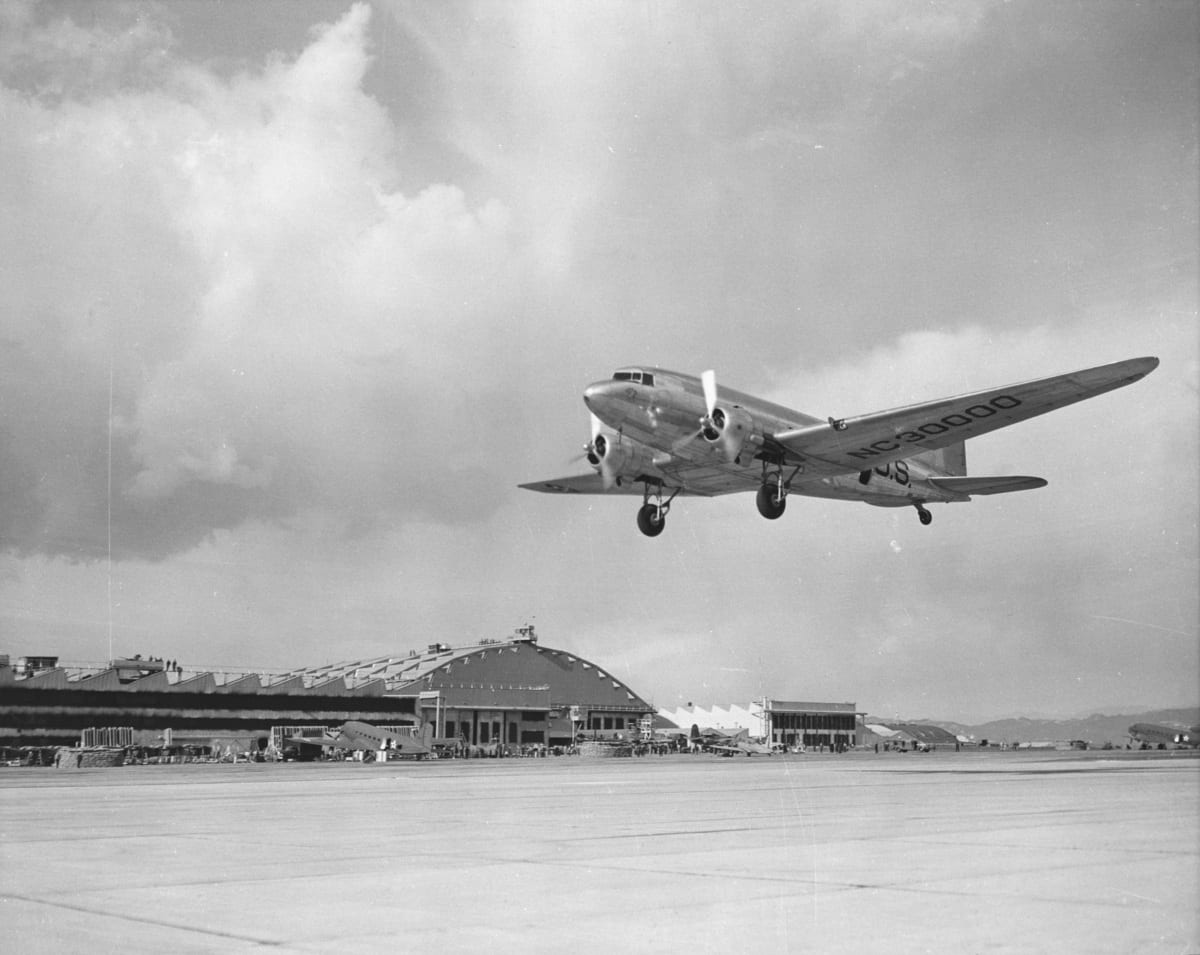 On a December night in 1948, flight DC-3—consisting of 29 passengers and 3 crew members—went missing about 20 minutes before its scheduled landing. The flight was from San Juan, Puerto Rico, to Miami, Florida; it was led by captain Robert Linquist, who reported routine signals throughout the entire flight. When Miami Air Traffic Control tried to contact Linquist to inform him of the wind changing direction, they were unable to reach the plane. Due to the wind changing, the plane could have drifted off course, but no remains were ever officially connected to the disappearance and it remains a mystery to this day. 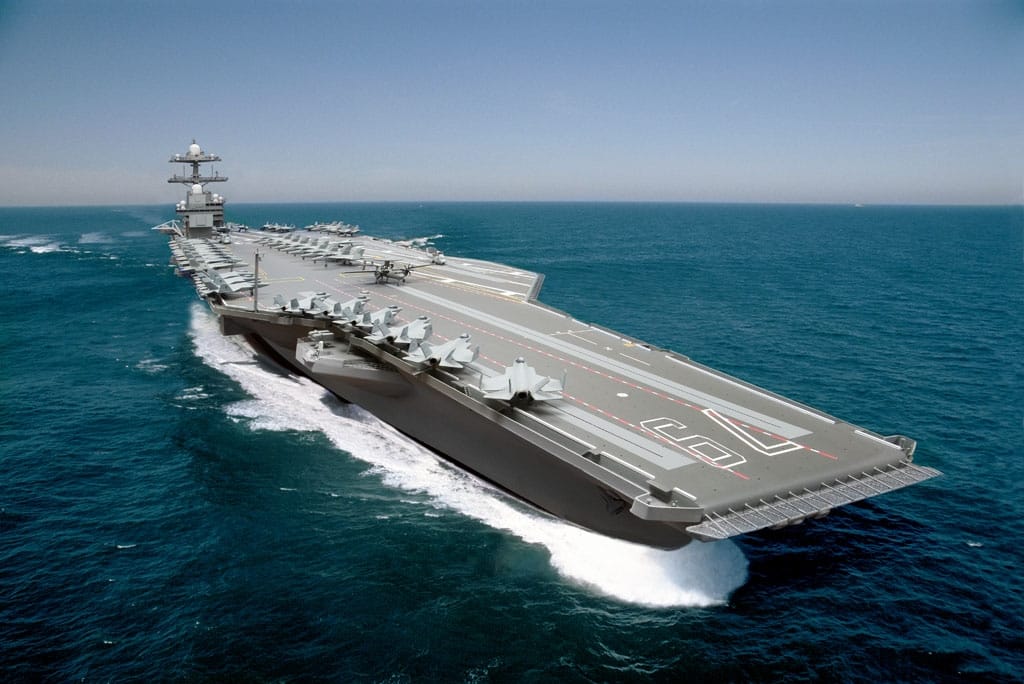 The USS John F. Kennedy is the last conventionally powered carrier that was built for the US Navy and you guessed it, it was named after President John F. Kennedy. The vessel, also known as “Big John,” was returning to Norfolk, Virginia, from the Caribbean; this is when six men aboard reported seeing a UFO hovering above their ship. The UFO was glowing and sphere-like and caused their communication instruments not to work for around 20 minutes while the craft continued hovering. 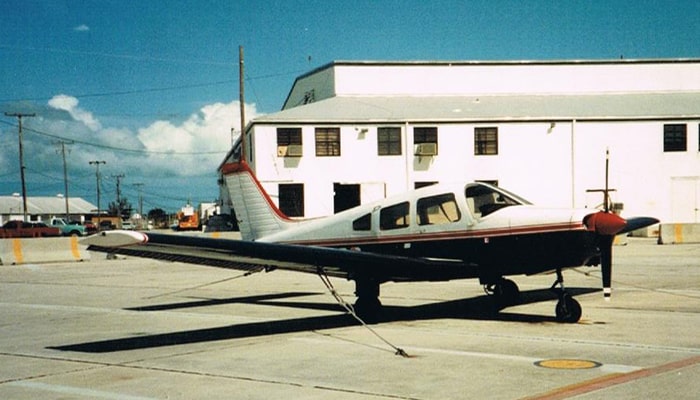 In 1995, after visiting her daughter in Ormond Beach, Miami, Cary Gordon was flying through the Bermuda Triangle and encountered a mysterious, dense, and thick fog. As she was heading back to Key West, flying over open water, the sky turned pitch black and—all of a sudden—her instruments stopped working and she lost control of the plane. With no communication and no working instruments, Gordon knew she was in trouble, yet somehow she survived the incident after realizing she had to stay calm and regain control. She’s not sure how she survived considering the seriousness of the situation, but she continues to fly today, all while avoiding the Bermuda Triangle. 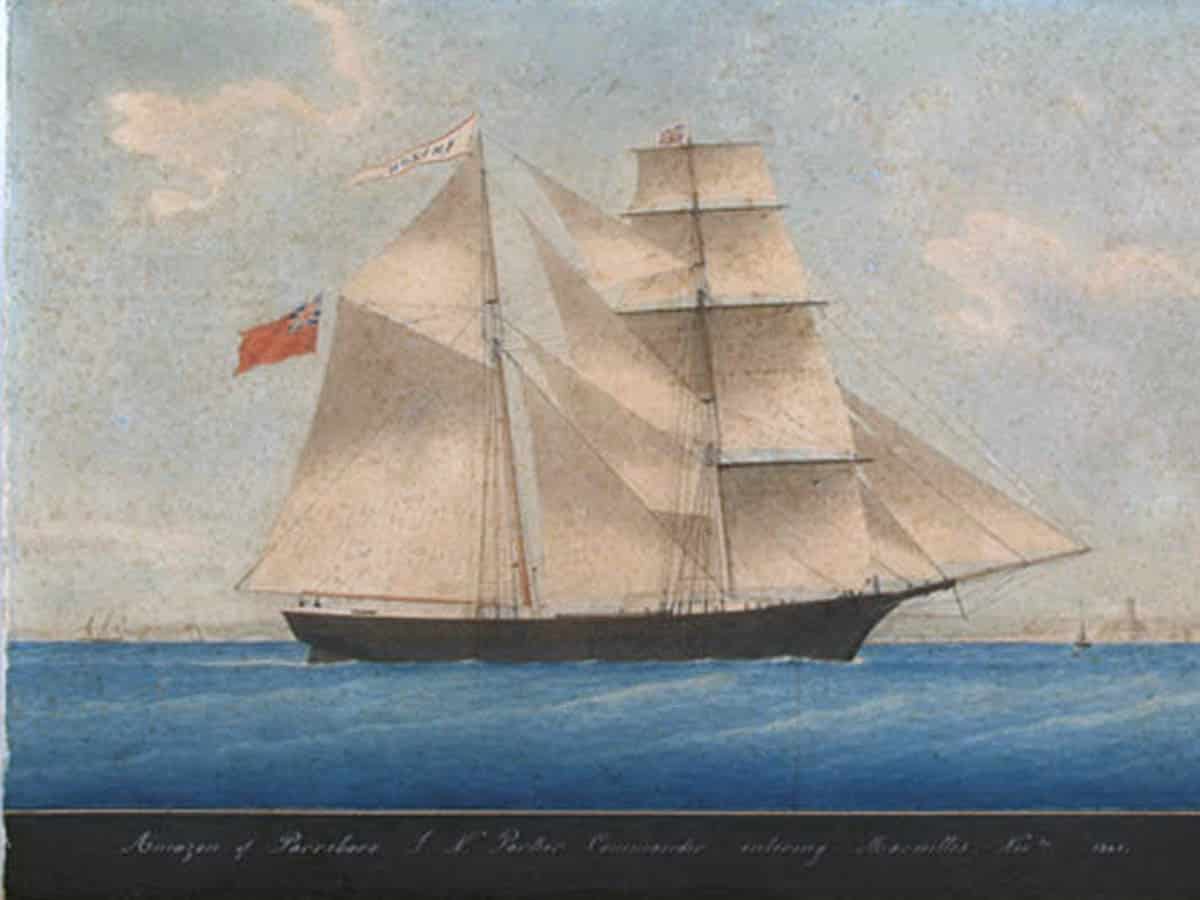 The Mary Celeste, or more commonly known as THE Ghost Ship, was a sailing vessel that was found without a soul on board in 1874. The Mary Celeste was located by a British Empire ship named Dei Gratia on route to Gibraltar, off the coast of Portugal–sailing completely crewless, it was almost as if ghosts were steering the ship. Some believe that North African pirates must have gotten on the ship and killed the crew, but there is a major flaw in that theory considering their personal belongings were untouched and there was still around 6 months worth of food and water on board. 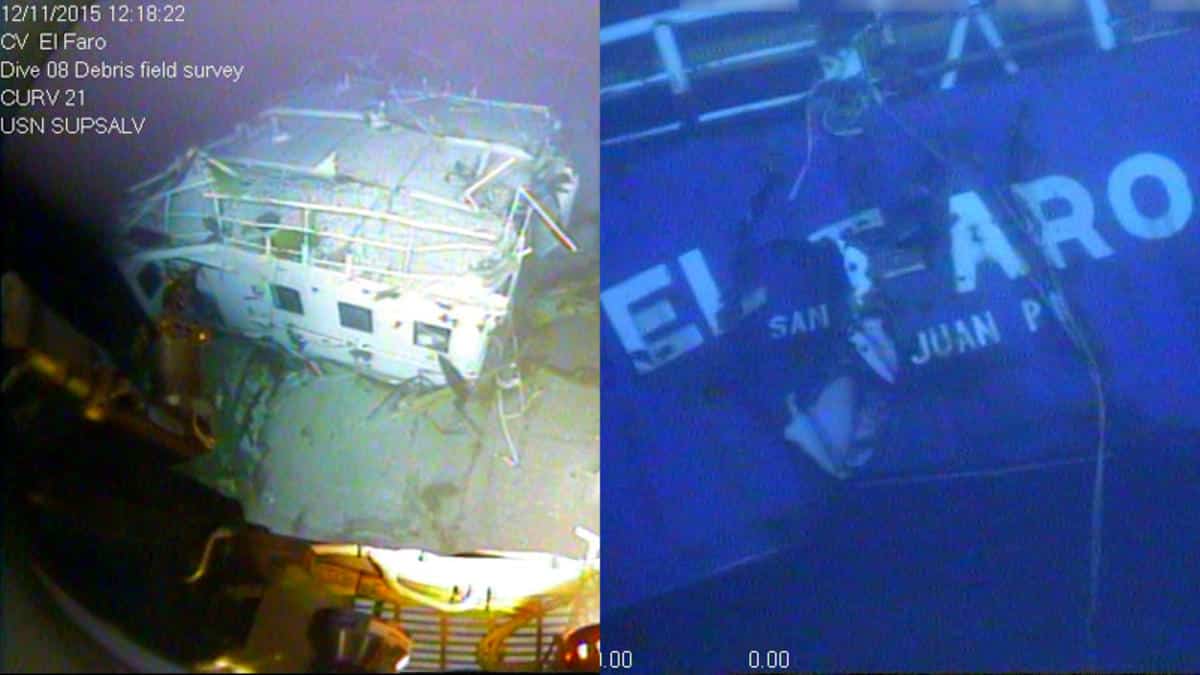 The SS El Faro was a US cargo ship that was lost at sea in 2015, apparently due to an earthquake, yet many believe otherwise. The ship left Jacksonville, Florida, on September 15, 2015, and was headed for Puerto Rico when it encountered Hurricane Joaquin. Around October 15th, the ship had a leak, as communicated via radio by the Captain–he stated that they had the water contained but all communication ceased not long afterward. A search and rescue mission located the sunken remains of the ship 15,000 feet below the surface. While most believe that it was the storm that took the ship and all the crew on board, many believe it was actually the Bermuda Triangle claiming more victims (considering the location of the disappearance). 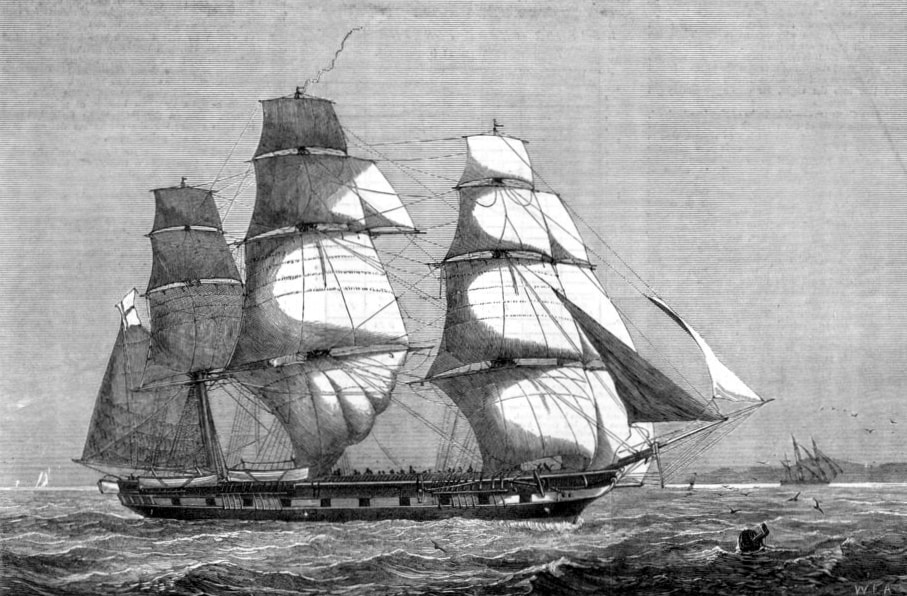 The French sailing ship named The Rosalie was discovered much like the Mary Celest, with not a soul in sight and her sails set. In 1840, the ship was found when it was sailing from Hamburg to Havana, in one piece with all its cargo intact within the Bermuda Triangle. Although there were no human souls on board, there was a cat, a foul, and some starving canaries among other valuable items. The mystery has never, officially, been solved. 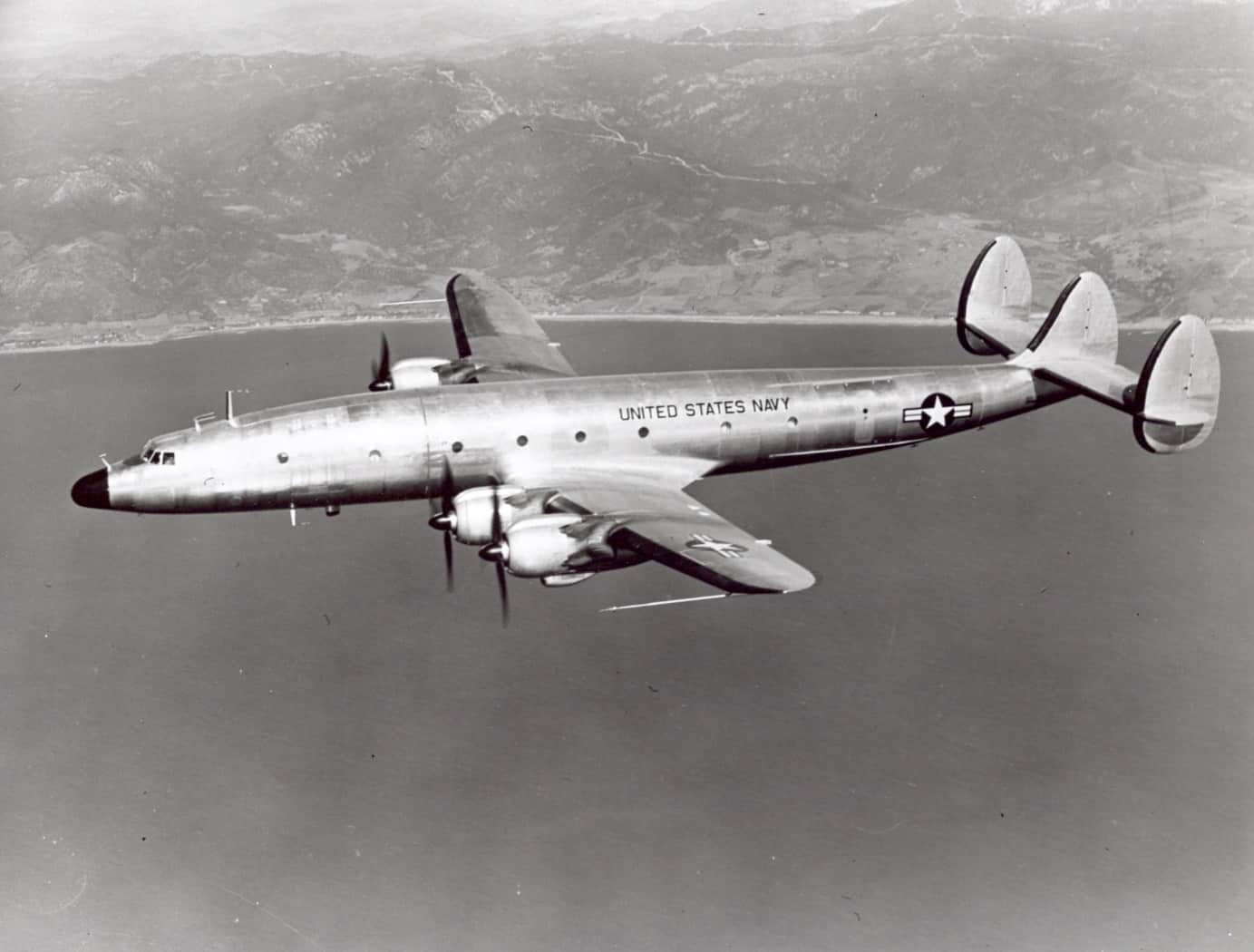 They say it’s highly unlikely to fall victim to a plane crash, however, the repetition on this list is starting to make me think otherwise. In October of 1954, flight 441 disappeared without a trace while taking 42 lives with it–all passengers on board were Naval Officers and the families of Naval Officers. It departed from Patuxent River Naval Air Station, the destination being Lajes, in the Azores islands. The plane was communicating regularly up until 11:30 pm, which is when it just vanished. The plane or its crew was never found, nor was there any evidence explaining what happened. 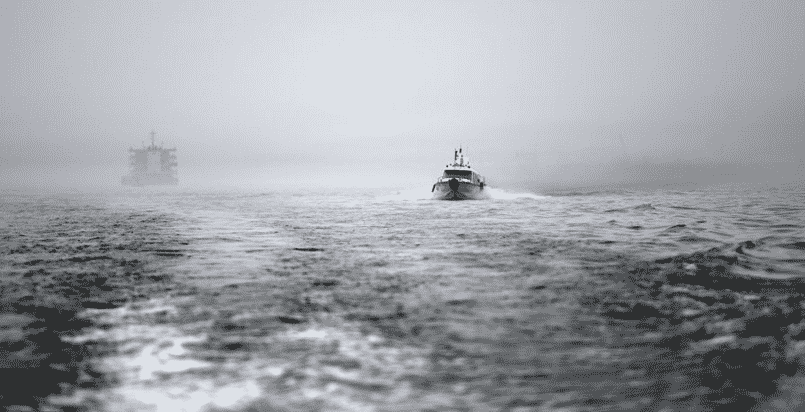 Over the past 100 years, over 1,000 people have gone missing in the Bermuda Triangle–in 2003, Frank and Romina Leone became a part of those statistics. The couple decided to take their new boat out for a fishing expedition on June 18th and never returned. When both failed to show up to work, the police were notified and a search and rescue team was deployed the following Friday, but nothing was ever recovered, deepening the mystery. The happy couple will forever be remembered by friends and family.