Extinction: These Amazingly Cute Animals Will Soon Be Gone Forever

Thanks for tuning in! Today we’d like to share a few EXTREMELY RARE animal species that are bordering extinction. Unfortunately, the following animals have seen a decrease in population in recent times due to a loss of food sources, their homes, and poaching. However, humans can do a lot to help these animals and we just know we’ll get you thinking about that once you see these heart melting pictures. 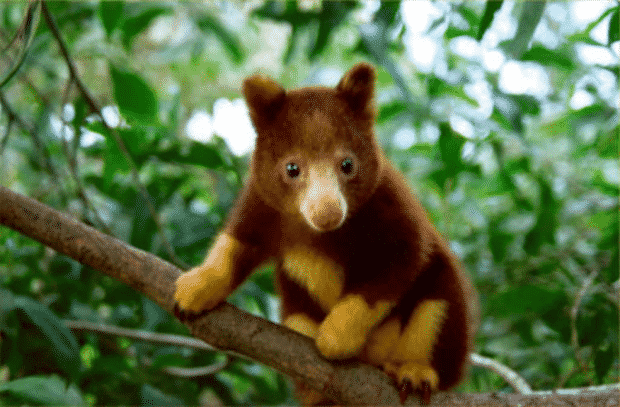 Here it is – a real tree menace! These fluffy kangaroos are unbelievably rare and can only be spotted in rainforests of Southeast Asia and parts of Australia. Deforestation and hunting have cut their numbers by 99% in a couple of decades. 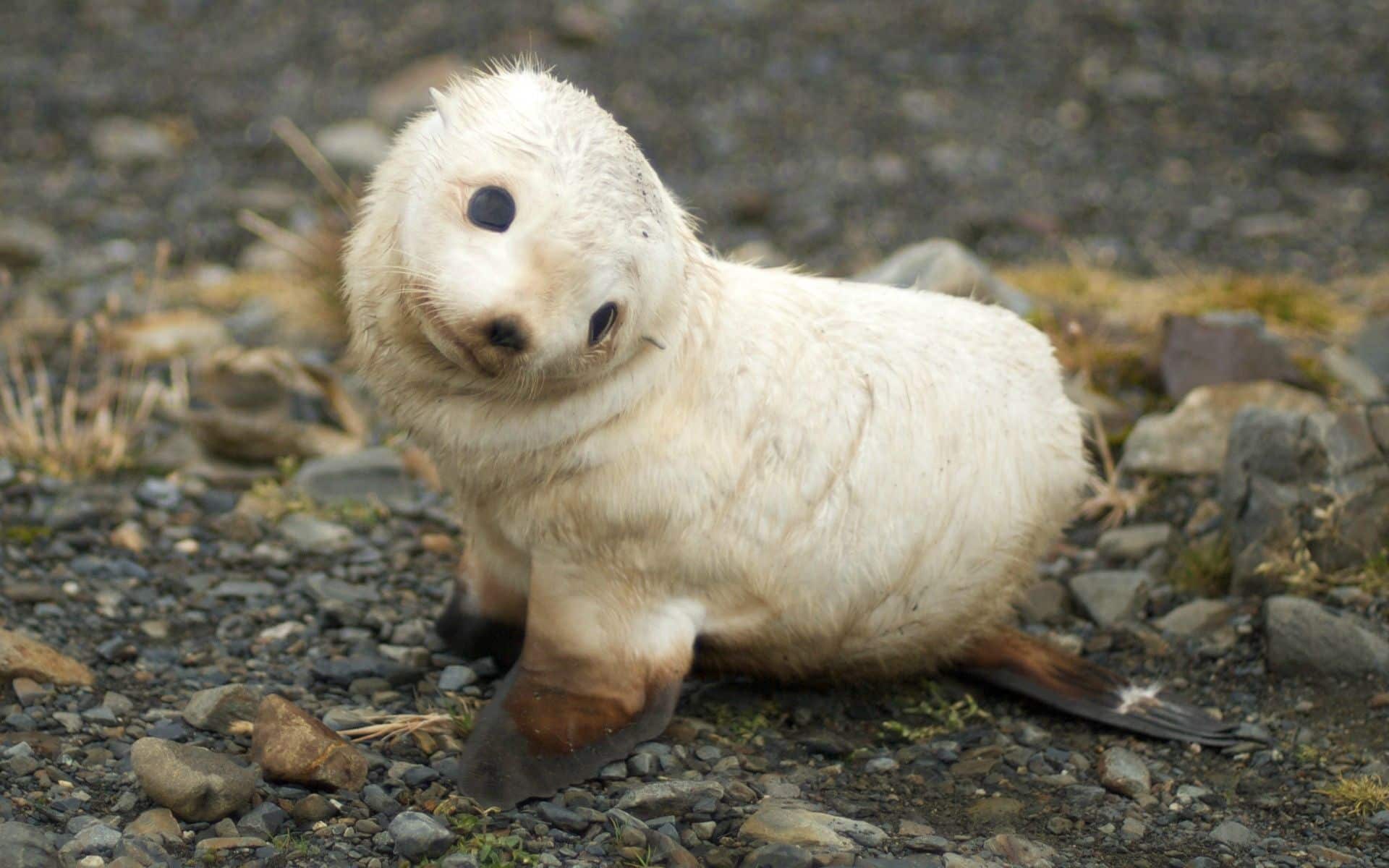 This is old news, and perhaps that’s a good sign – sea lions have been going extinct for a while now. Climate change and overfishing are thinning their numbers down, but they can still be found on the coast of Galapagos and swimming in foreign seas on occasion. 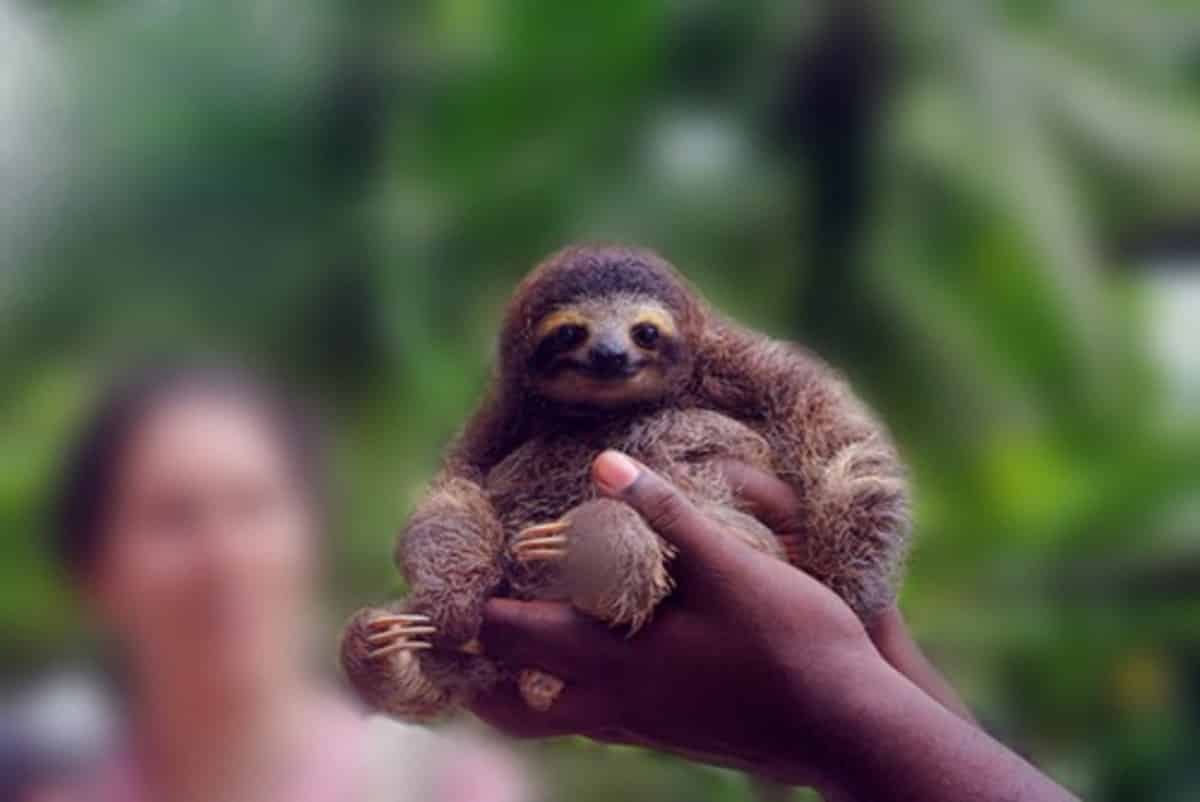 They’re small, they’re lazy, they’re fuzzy. So why do we want them to hang around? Because they’re super cute and honest about their priorities. Pygmy sloths reside on Isla Escudo de Varaguas, an island close to the coast of Panama. According to last known information there are 79 of these fellas left. 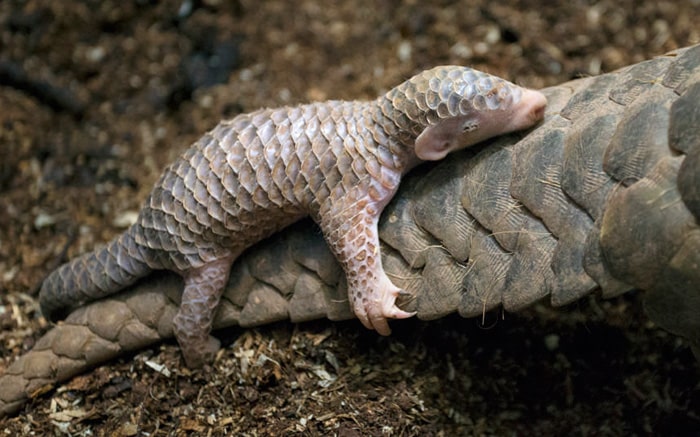 Pangolins are scaly mammals that can crawl up into a ball and produce a spiky armour. Unfortunately, their spikey armour and according to some – tasty meat, is inviting the most dangerous predator in their courteyard – the h*** sapien hunter! Next-up.. a cat-bear?? 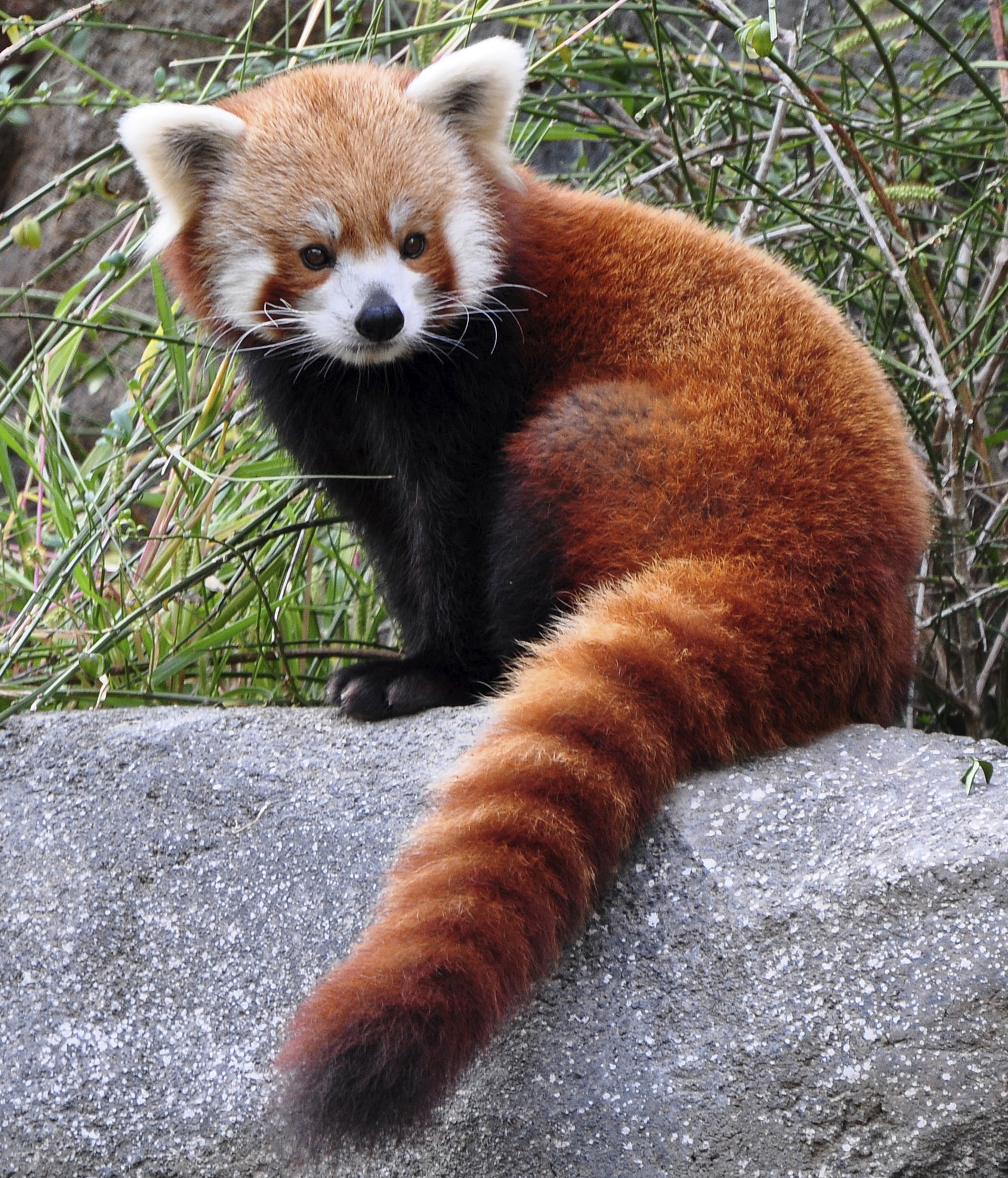 Also known as cat-bears, red pandas are majestic residents of Eastern Himalayas. They like to climb on trees and are incredibly agile and sneaky. The problem they’re having though is outsmarting human hunters who hunt them down for their pricey red fur. 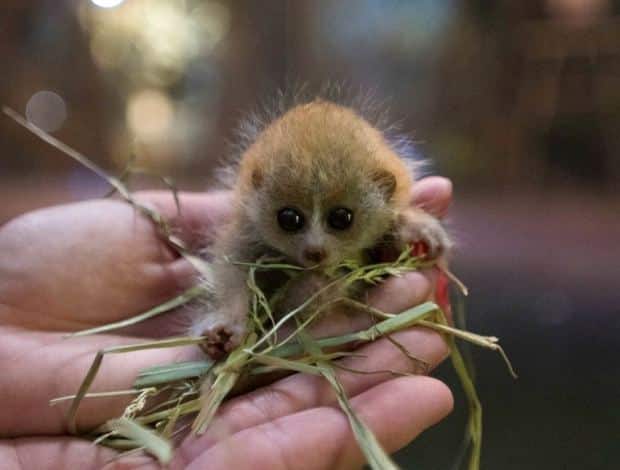 Weird and cute, slender loris just makes you wanna squeeze it right? But DON’T DO IT, there are just about a 100 left! Slender lorises live in only one place – forests of Horton Plains in central Sri Lanka. They were also thought to be extinct until 2002., which is when a wild life photographer took a snapshot of one and shocked the world. 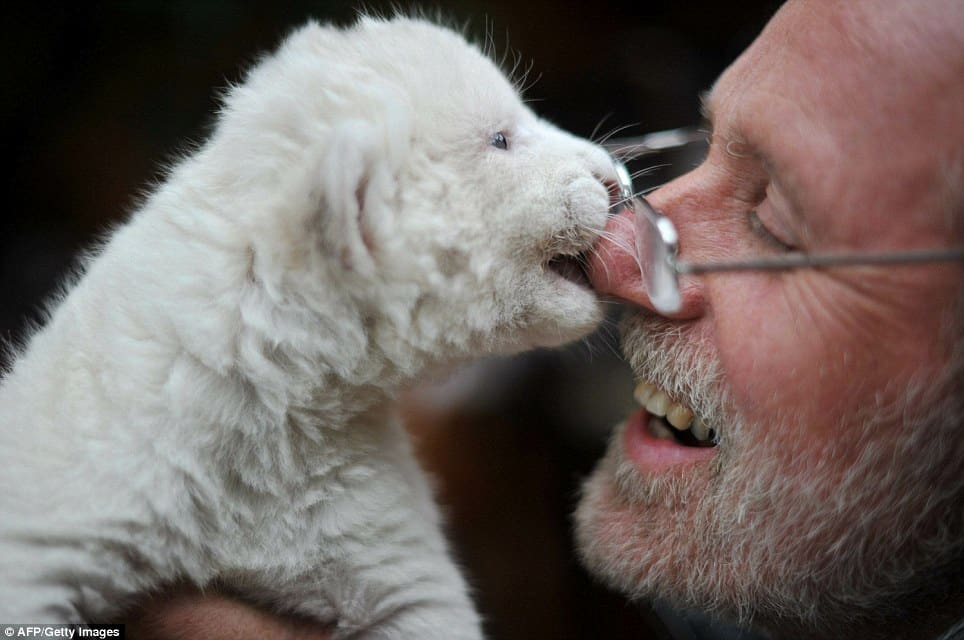 Who wouldn’t enjoy playing with a white lion cub? Plus they’re a super rare and cannot be found in the wild any longer. A dozen of them are left, but the activists are doing everything to keep them alive and multiplying far into the future. 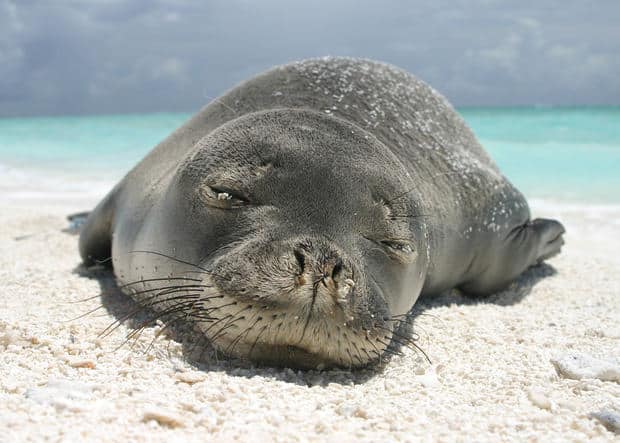 NO ONE enjoys chilling on the beach like the Hawaiian monk seal. Unfortunately they’re a rare occurence as there are about 1100 of them left. Hunting, pollution and diseases have all played a part in lowering their numbers over the years. The next cute fella on our list is even rarer though. 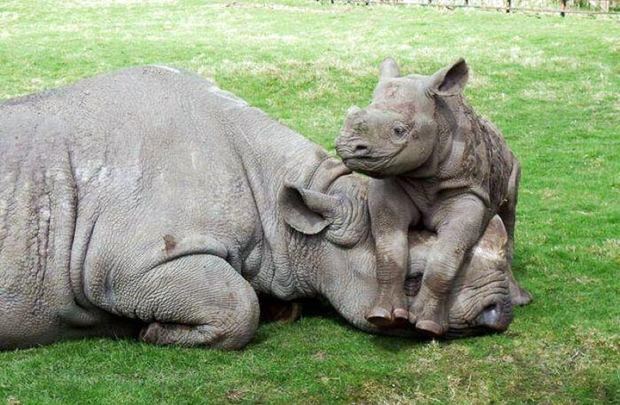 This picture makes us weep, as the awesome Northern White Rhinoceros is almost extinct. There are ONLY THREE left, and they’re all kept in a conservation centre in Kenya. The rhinos are protected day and night by armed guards against sneaky hunters looking for trophies. 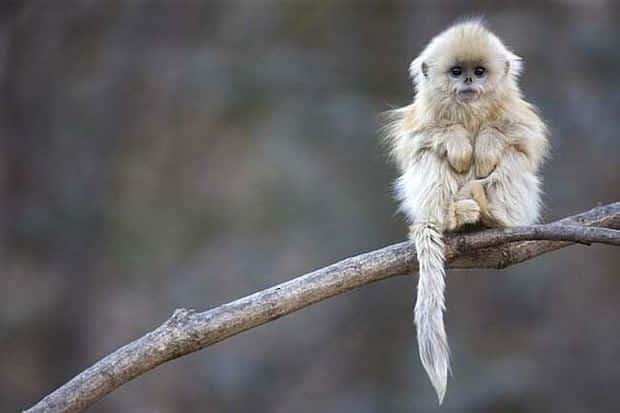 A proud resident of mountainous areas of Asia (up to 13000 ft)! They are very introverted, and avoid contact with humans as much as possible. Can you blame them? Deforestation is lowering their numbers rapidly and the fact that the female’s pregnancy lasts around 7 months doesn’t help their survival chances either. 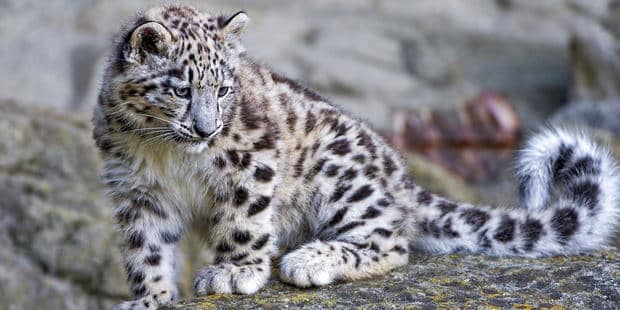 Everyone loves snow leopards – they rightful rulers of the mountain. These beautiful beasts also reside in high regions of Asia. They’re going extinct because their organs and bones are very valuable in traditional Asian medicine. A dead snow leopard can earn the hunter a whooping $200. There are about 4000-6000 snow leopards left and the future doesn’t look bright. 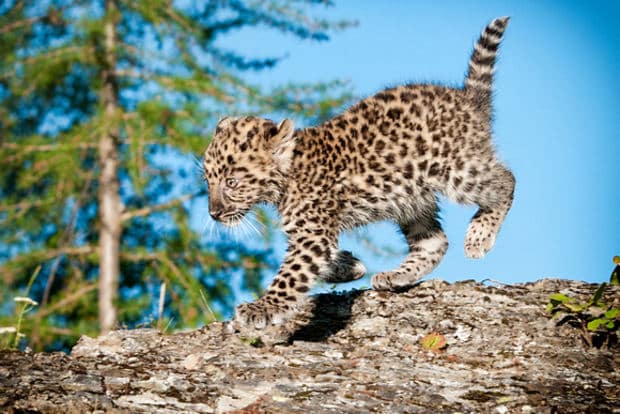 They’re fast, playful and most of all – furry. The amur leopards beautiful fur has made them a treat that some hunters can’t resist. It is believed that there are 249 amur leopards left, living on the border between China and Russia. 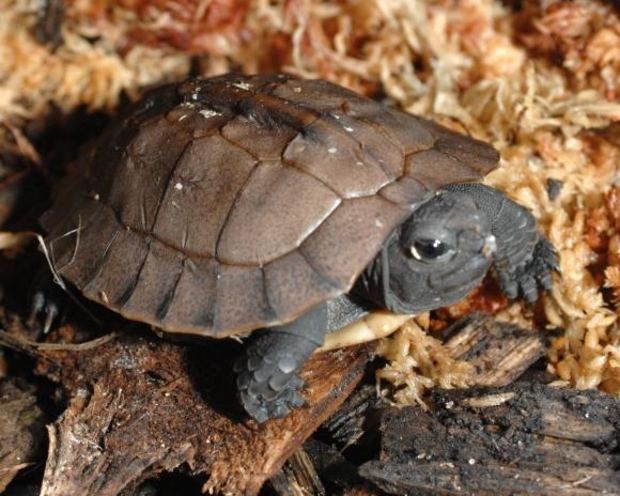 The tiny Arakan Forest turtles live only in Arakan Hills of Western Burma, and scientists thought they were fully extinct up until 1994. They like to keep safe and cozy under leaves and in water, but professional pet dealers are still finding ways to locate them with ease. 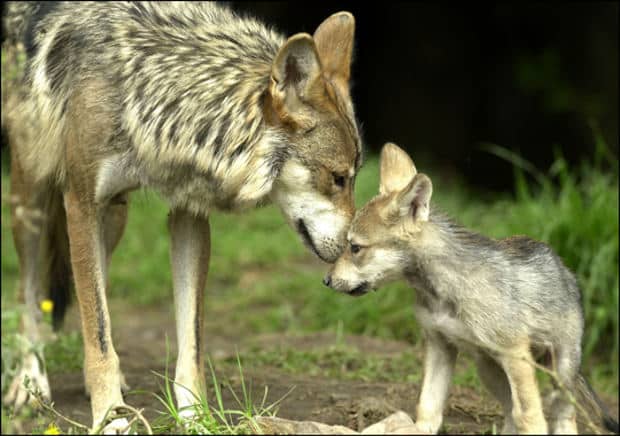 The Mexican wolf is a proud grey wolf that can be found only in North America and Mexico. There are about 340 of them left. The main reason for their declining number is the decrease of their main prey – deer and elk. Once the food chain is broken, the hunter becomes the prey. 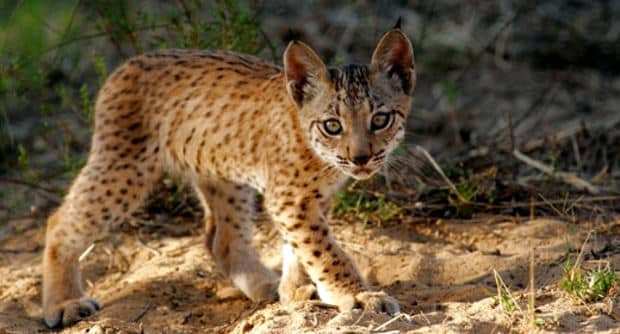 These spotty cats live in parts of Portugal and Spain. In 2002. there were less than 100 left! Since they’re so cute and cuddly looking (at least from afar!) a large conservation effort was started and now there is about 400 of them living in nature. But now let’s check out some cool rhinos.

WARNING, DANGER: the next slide features a beautiful SPIDER .. can you handle it?? 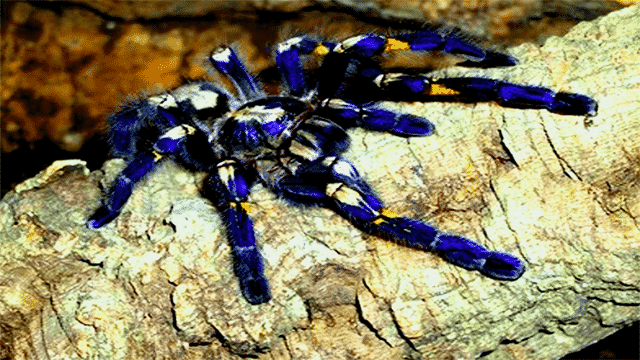 If you clicked next I commend you on your bravery. The colors of this tarantula species made him the popular kid in school. But now this Southeast India and Sri Lanka resident is on the brink of extinction mainly due to civil unrest and firewood collection. With that being said, now is the time to check out the TOP 4. 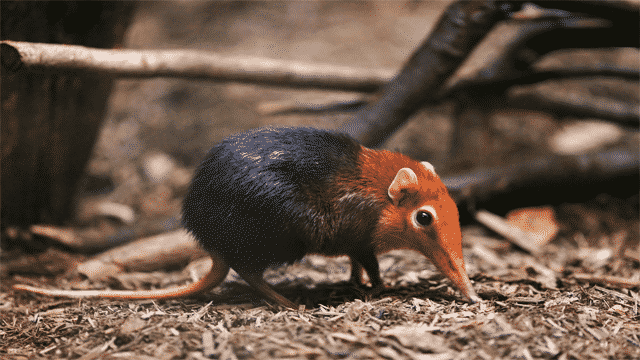 Sometimes called an elephant shrew due to his elongated nose, the jumping shrew is also one of the fastest small mammals – it can reach up to 28.8 km/h! That makes eating spiders, centipedes, worms and all the other nasties that reside in Kenyan rainforest a piece of cake. But the human interference is thinning their numbers down as we speak. 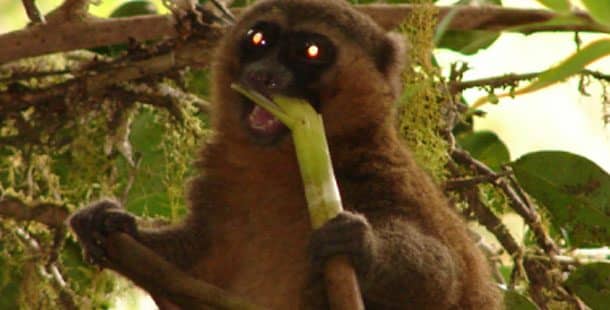 The bamboo lemur’s name is no coincidence. All they want to do is chew on bamboo, and hit each other with bamboo sticks over the head. There are less than 100 bamboo lemurs left, scattered in the rain forests of Madagascar. 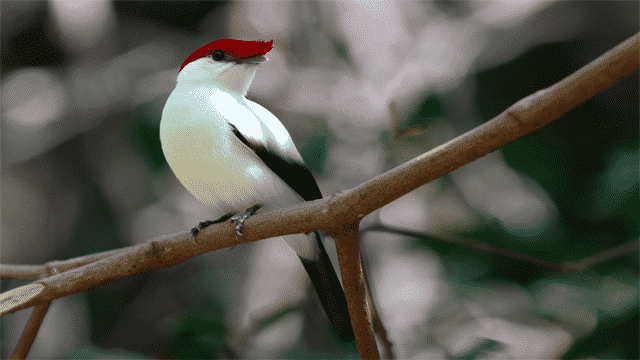 These Brazilian birds got very inspired by Trump’s victory and decided to mimic his hairdo – with a slight color change. There are 779 araripe manakin left and they’re dissapearing due to industrial and urban development spreading in their habitats. 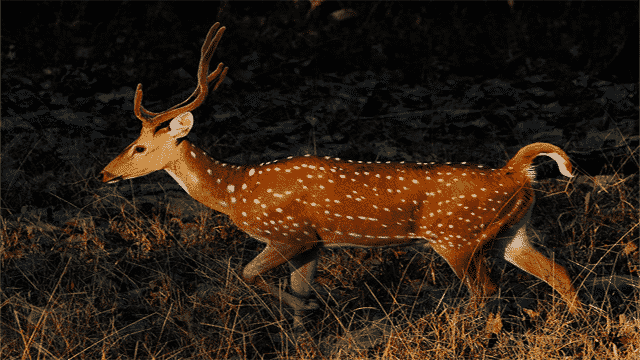 The majestic spotted dear is almost completely extinct. The remaining ones can be seen in the forests of Phillipines but it’s become almost as rare as seeing a unicorn.

Congratulations, you’ve just learned about 20 endangered species from around the world! Browse the site and check out similar cool information and photos. Have a great day and tune in any time! – The Mutually Team