Join us on an amazing adventure and learn about how an unlikely friendship between animals evolves. This astonishing pair of animals found each other after being rescued from extreme circumstances and has been inseparable ever since. Just wait until you see how they reacted to each other during their first introduction in #7! 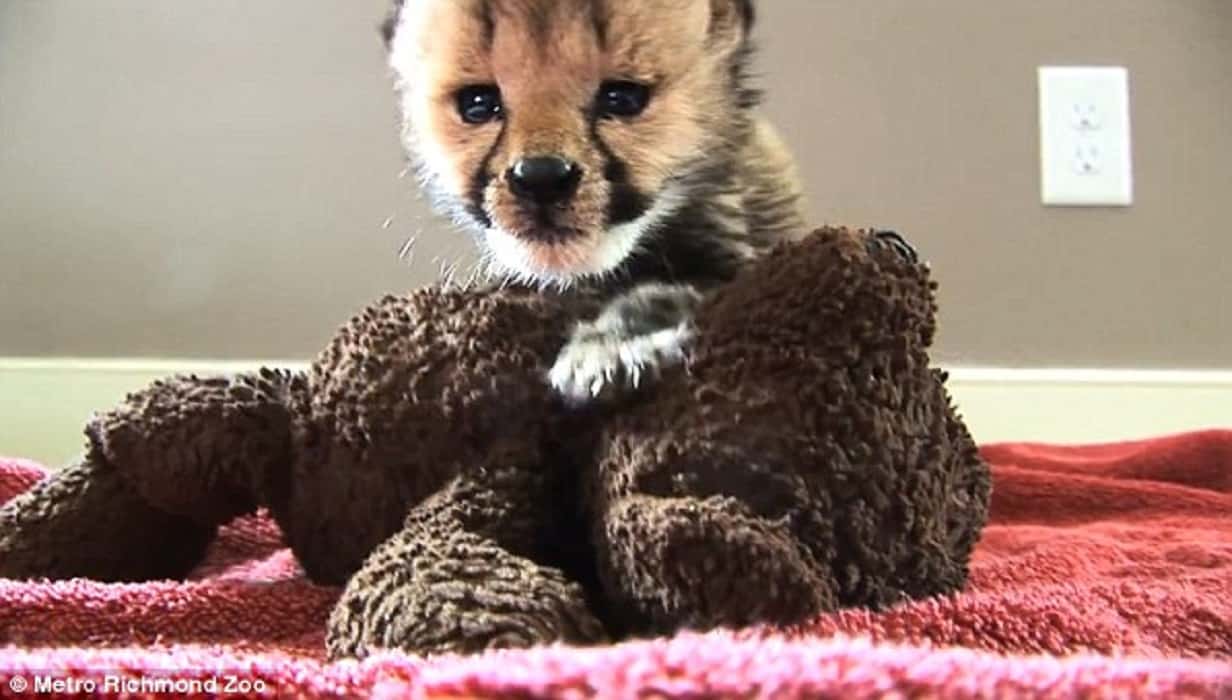 Kumbali, son of cheetah parents Hatari and Khari, was born on May 12, 2015 at the Metro Richmond Zoo in Virginia. Unfortunately, unlike his healthy siblings, Kumbali was the runt of the litter and had to fight for meals…

Kumbali was the runt of the litter 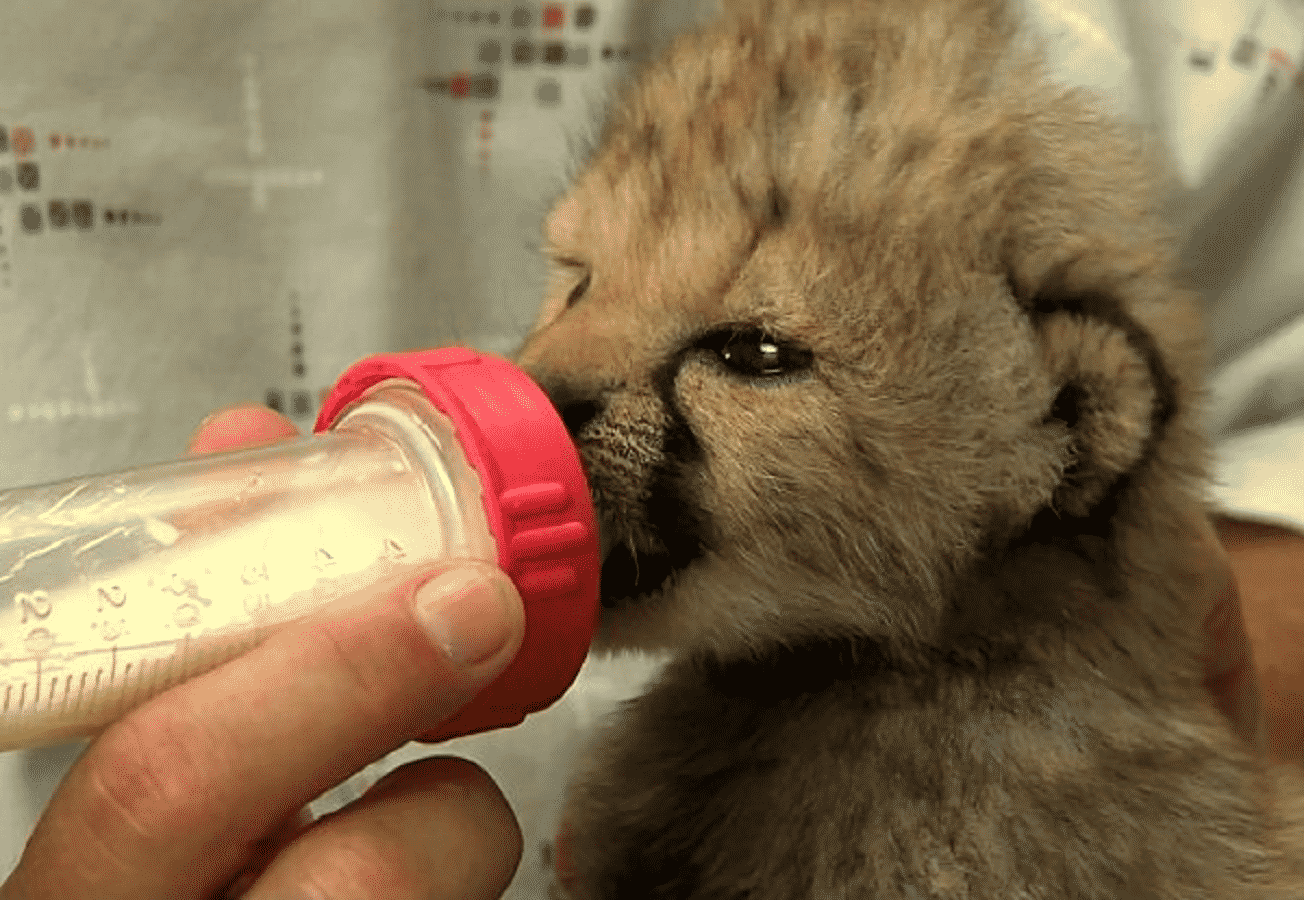 While Kumbali’s siblings were growing healthier and stronger, Kumbali was losing weight at an alarming rate. Zoo caretakers became very concerned about the tiny cheetahs health and realized it was due to him not getting nearly enough nutrition. You see, his mother only had two of her eight nipples functioning for three cubs, meaning that Kumbali was pushed out at feeding time. His very survival was hanging in the balance… 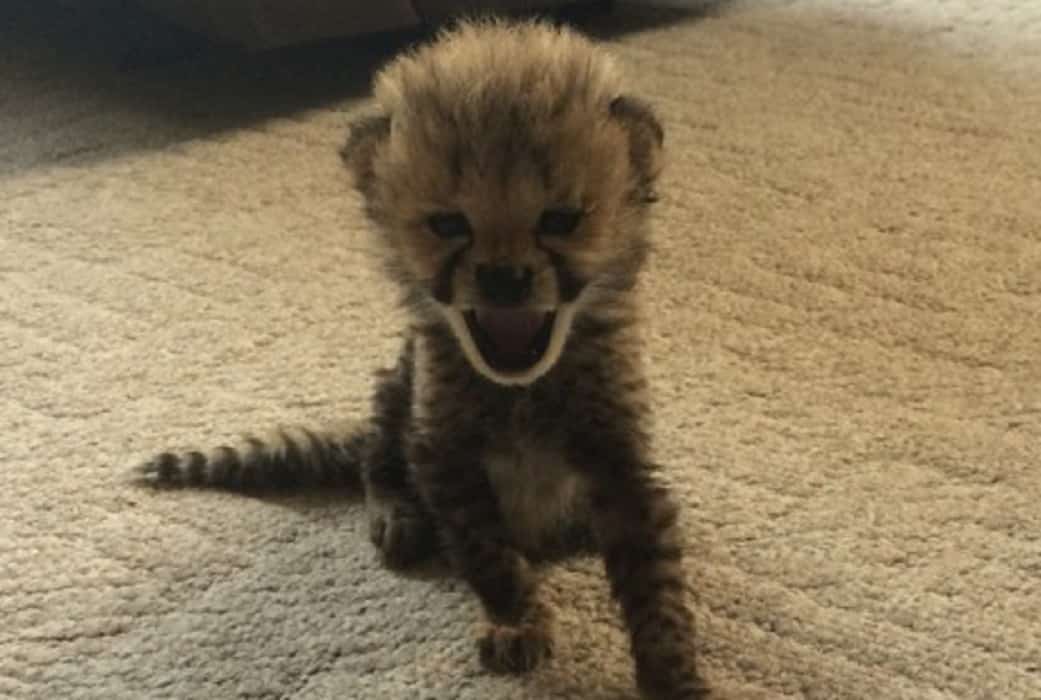 Caretakers at the Zoo became very concerned with the state of Kumbali’s health. He was quickly deteriorating and they needed to make sure he was getting the nutrition he needed. These next images will warm your heart as you watch the caretakers looking after baby Kumbali. 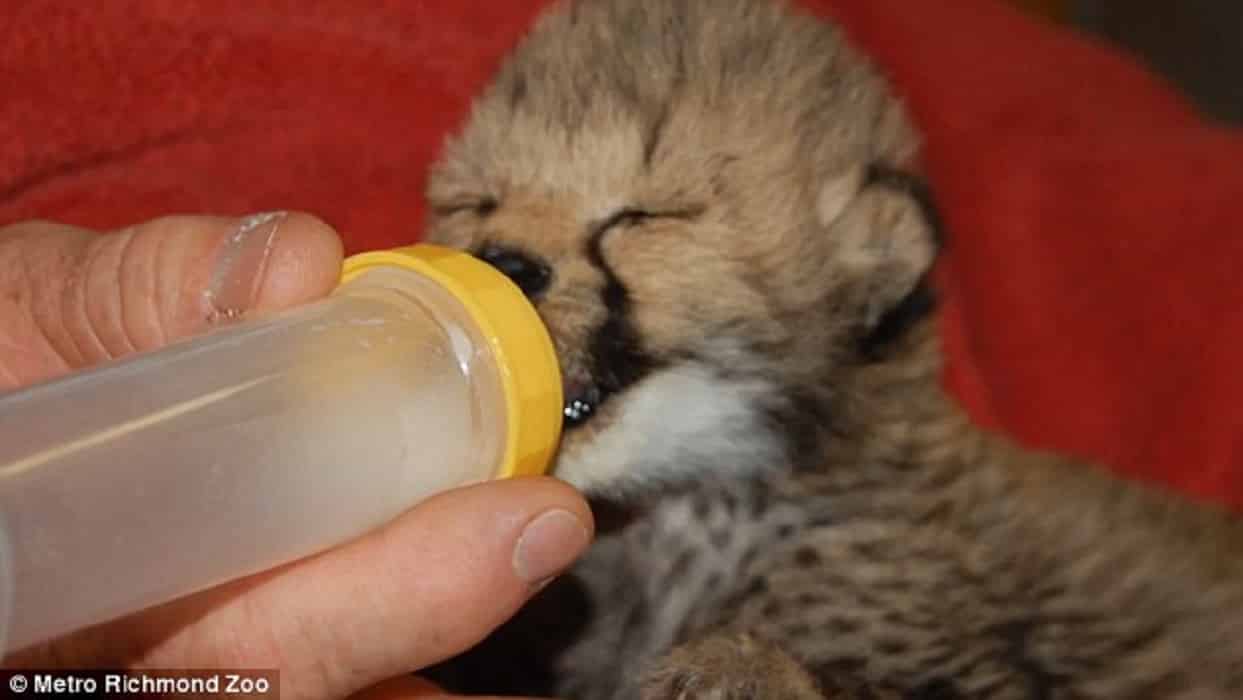 Kumbali was well looked after by the zoo’s caretakers until he was able to build his strength and eat on his own. Just wait until you see how big he gets in #2! 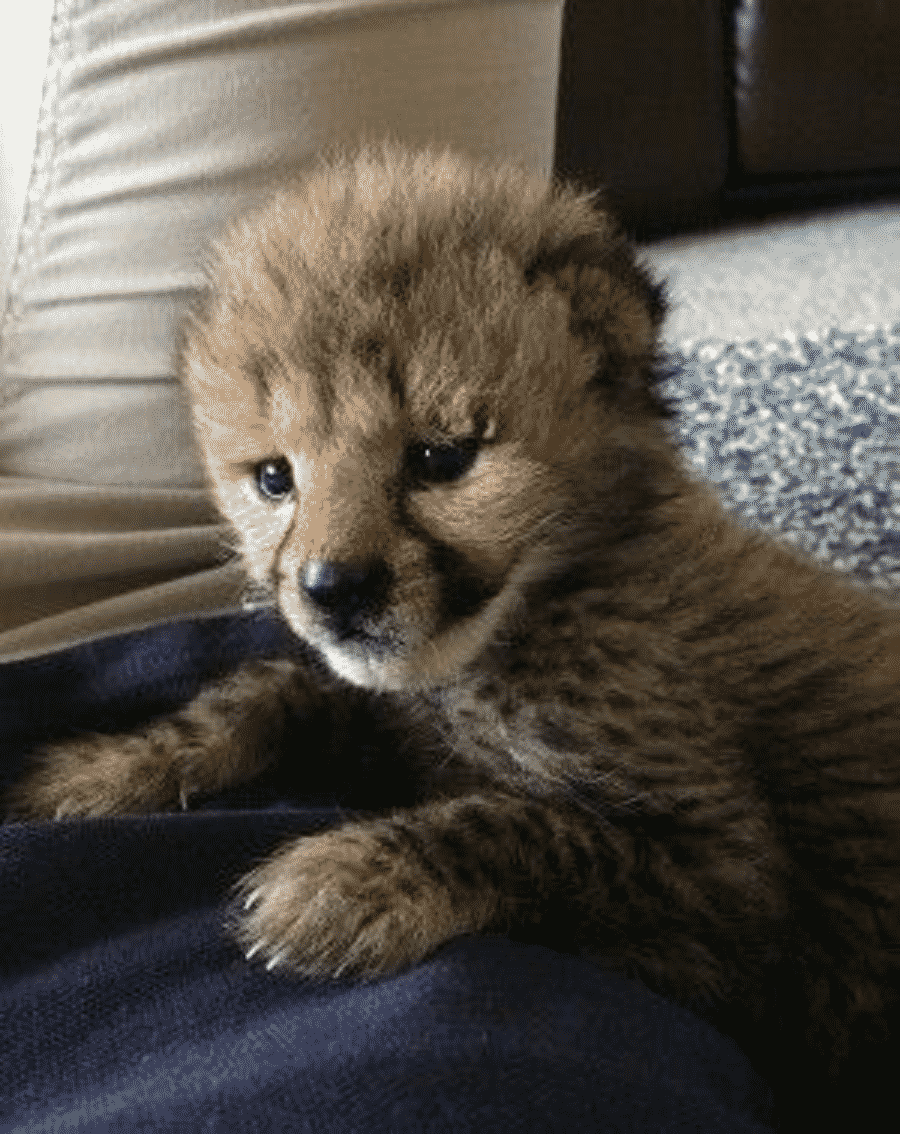 After a rocky start, Kumbali was given a fresh bill of health. Although, he was still a bit smaller than his two other siblings, he was just as healthy. Being separated from his family took a toll on Kumbali though. He was in isolation from them for so long while he was nursed back to health and it was difficult for him to be reintroduced. However, the immediate focus was on making him stronger. It’s amazing how big and strong he gets! 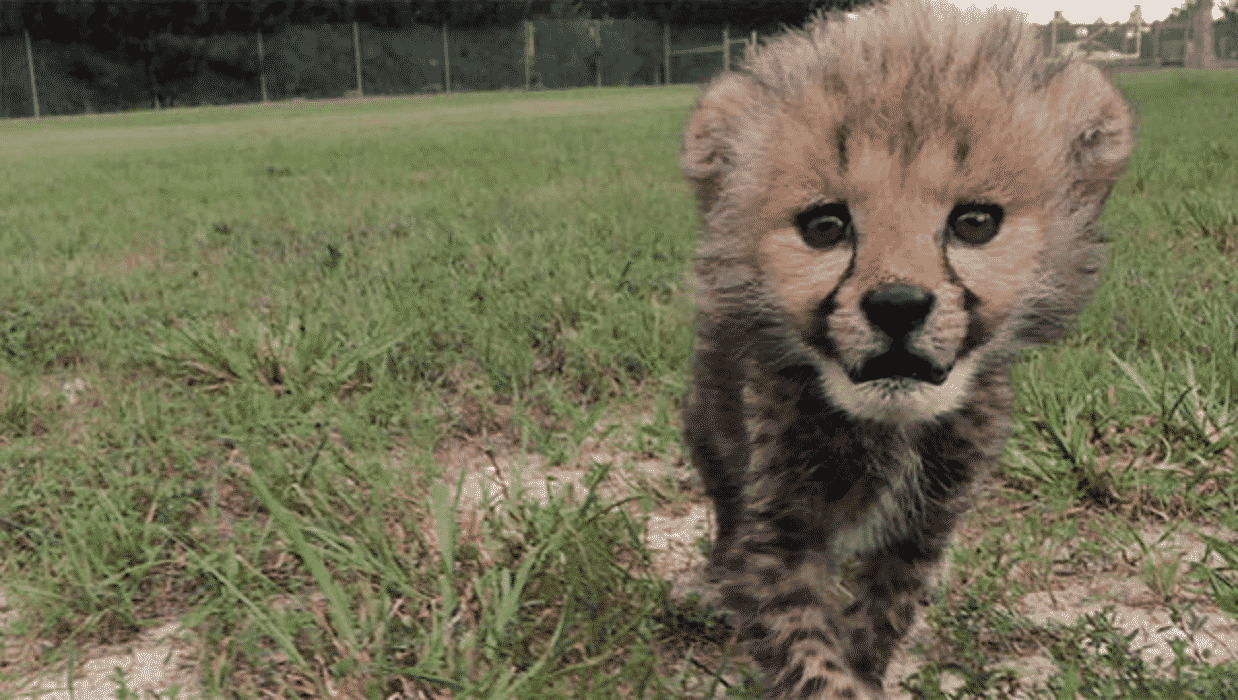 Every day he got more and more playtime and exercise. Caretakers could see that he was getting stronger, but there was something missing… 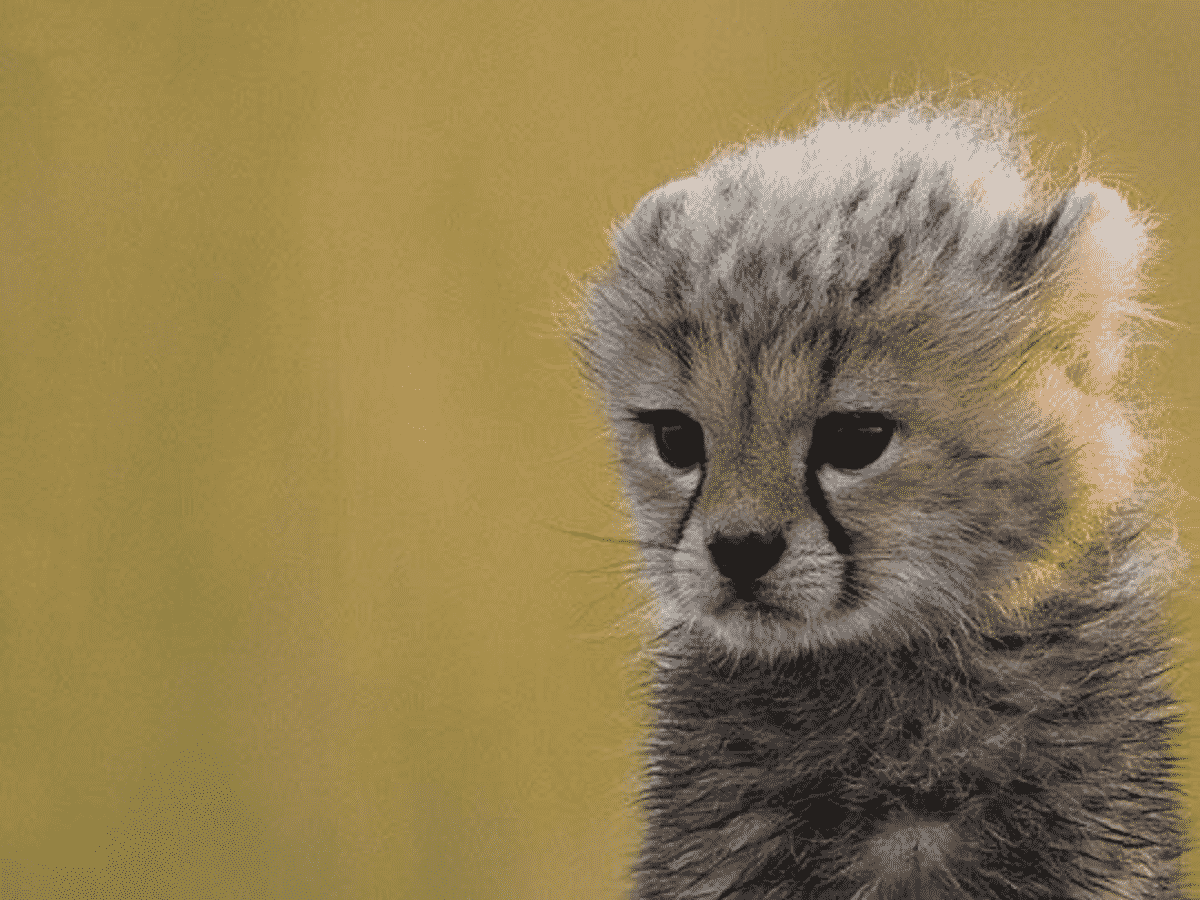 Cheetahs are very social creatures and crave companionship. With each passing day Kumbali was becoming lonelier and lonelier. Caretakers knew that something would need to be done to make the little guy happier.

It’s going to melt your heart when you see who Kumbali gets to meet:

The Metro Richmond Zoo began actively seeking the perfect companion for Kumbali. However, this would not be easy, as there were certain criteria that needed to be filled such as the type of animal species and age of the animal friend. This is where the new guy Kago comes in… 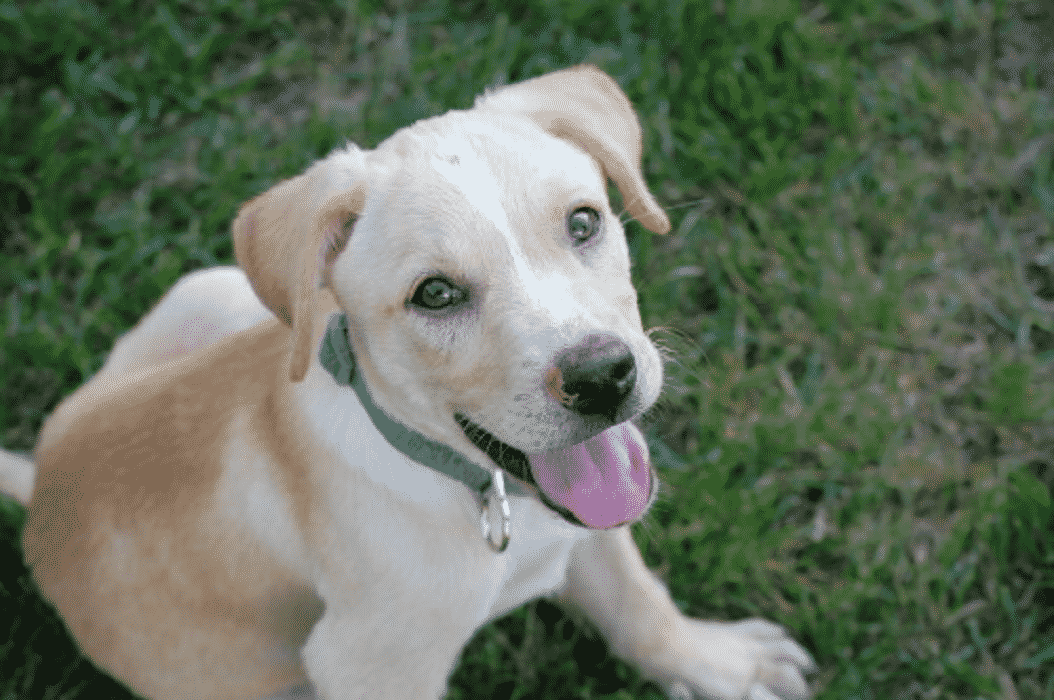 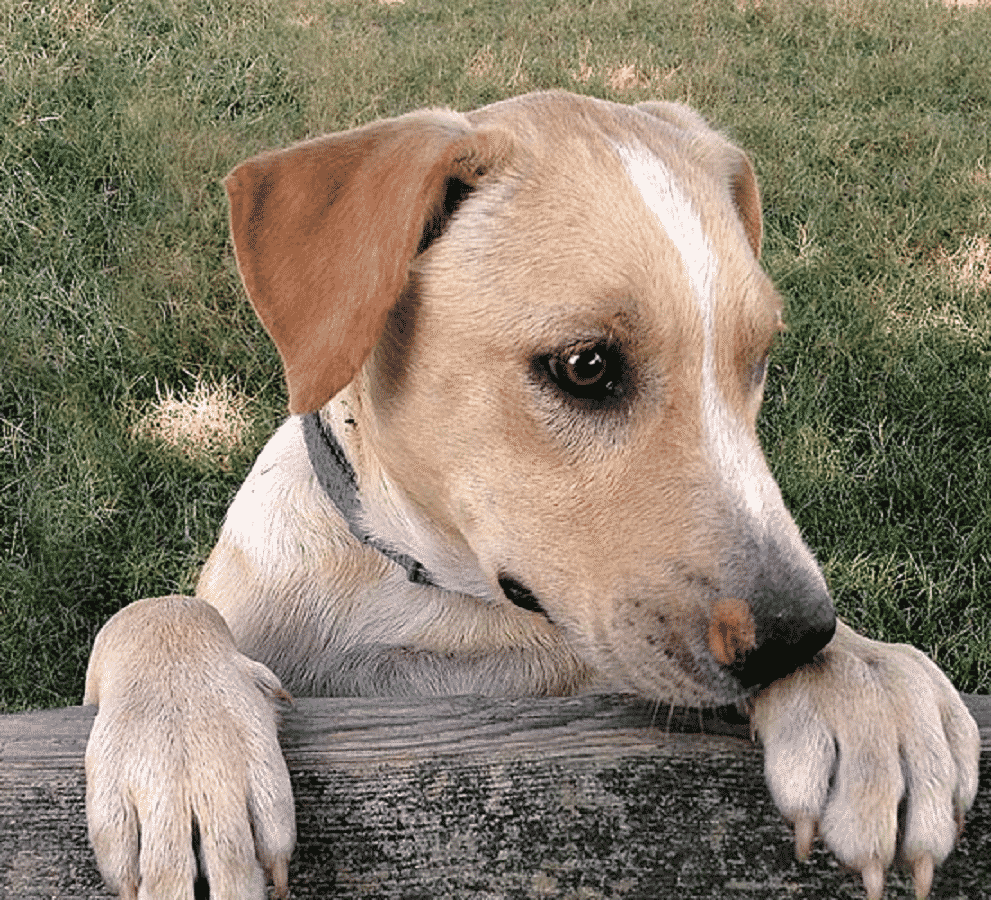 Kago was found by the Art of Paws Animal Rescue after being dropped off at a high kill animal shelter in Alabama, this young pup had little hope left of surviving. However, his fate changed when The Art of Paws got wind of him and several other animals at the high kill shelter. The little puppy named Kago and the other animals were rescued and he was later relocated to Virginia where he would be introduced to his new best friend! I bet you already know who that is!

Have you ever seen a puppy and a cheetah giving kisses? Well, #3 is a real heart throbber that you won’t want to miss! 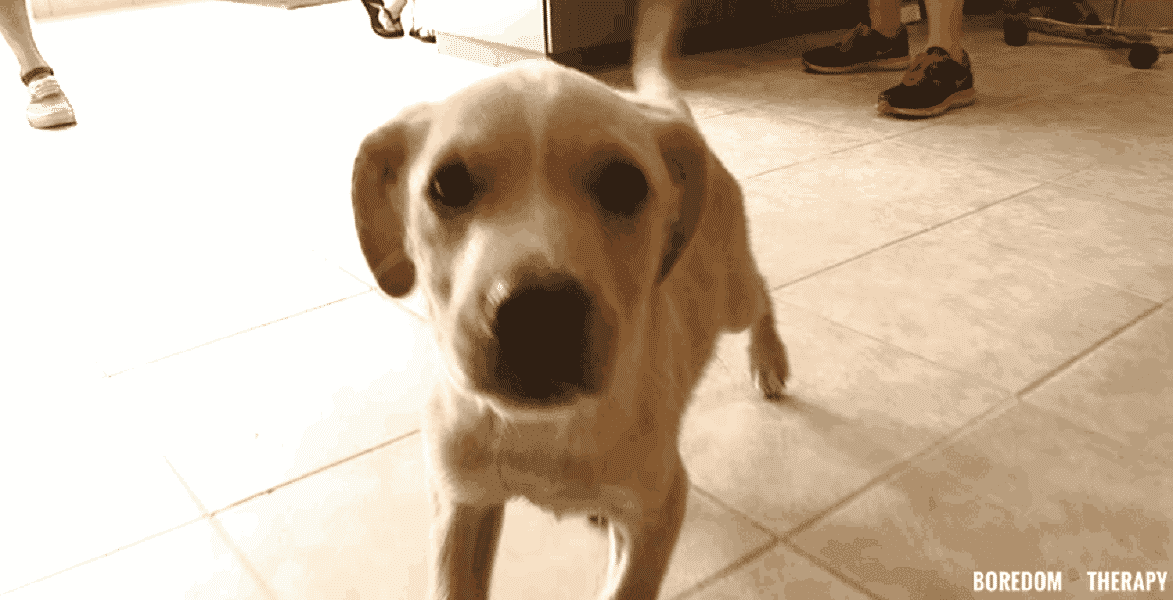 Kago was relocated to Virgina where AWOL MUTTS was able to link him up with the Metro Richmond Zoo. The playful pup was the perfect match for Kumbali and was even the same age! Look at the little guy. He is so excited to finally meet his new playmate. But what will Kumbali think? 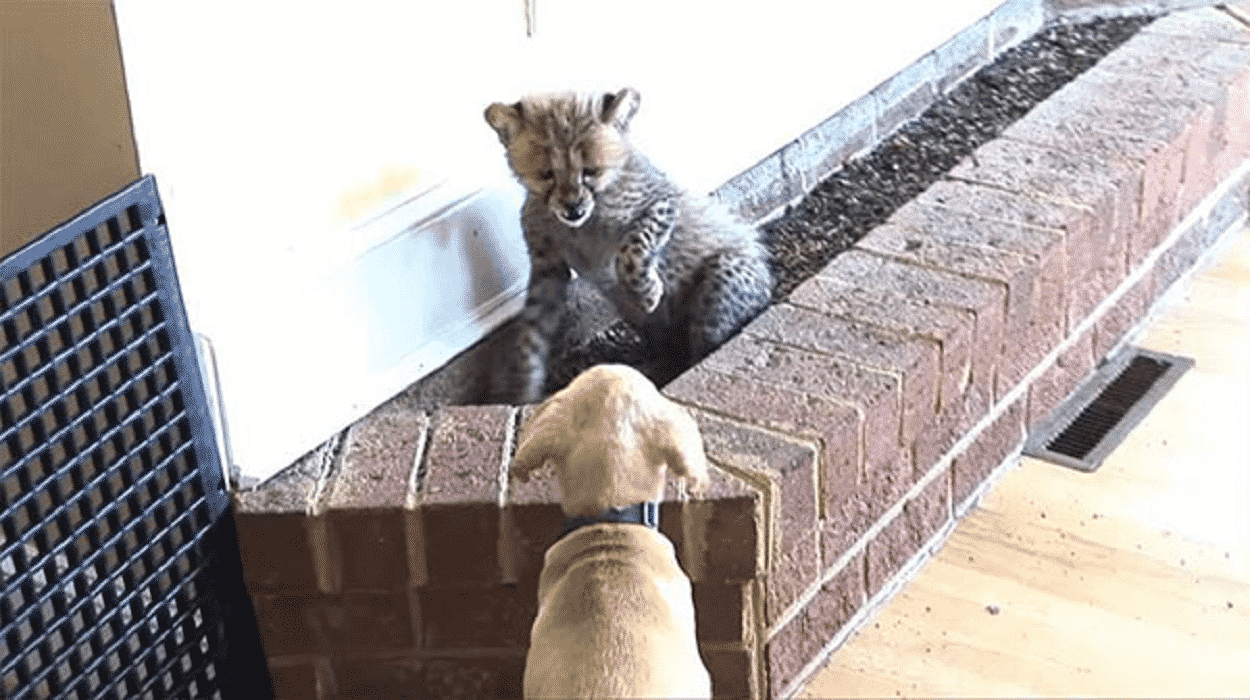 Although both were a little hesitant to meet at first, Kago quickly became curious of the furry little cheetah and went right up to check him out! Their curious and open minded nature is why dogs are perfectly suited as companions. 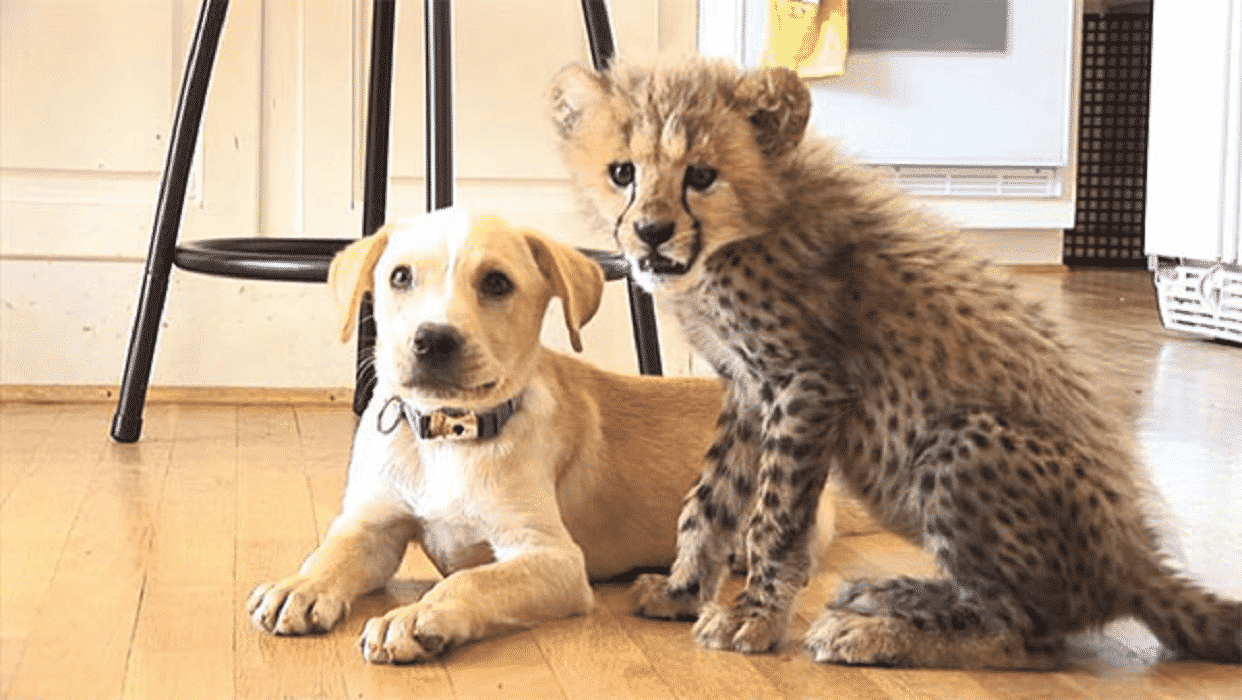 Although this type of companionship would not likely occur in the wild, dogs and cheetahs have been paired together in supervised facilities for nearly 30 years. The dog offers a calm demeanor which soothes cheetahs who are often spooked easily. Since dogs are more protective, they are able to calm and protect the cheetah from any perceived danger. They also make amazing playmates as their energy levels will often match one another. 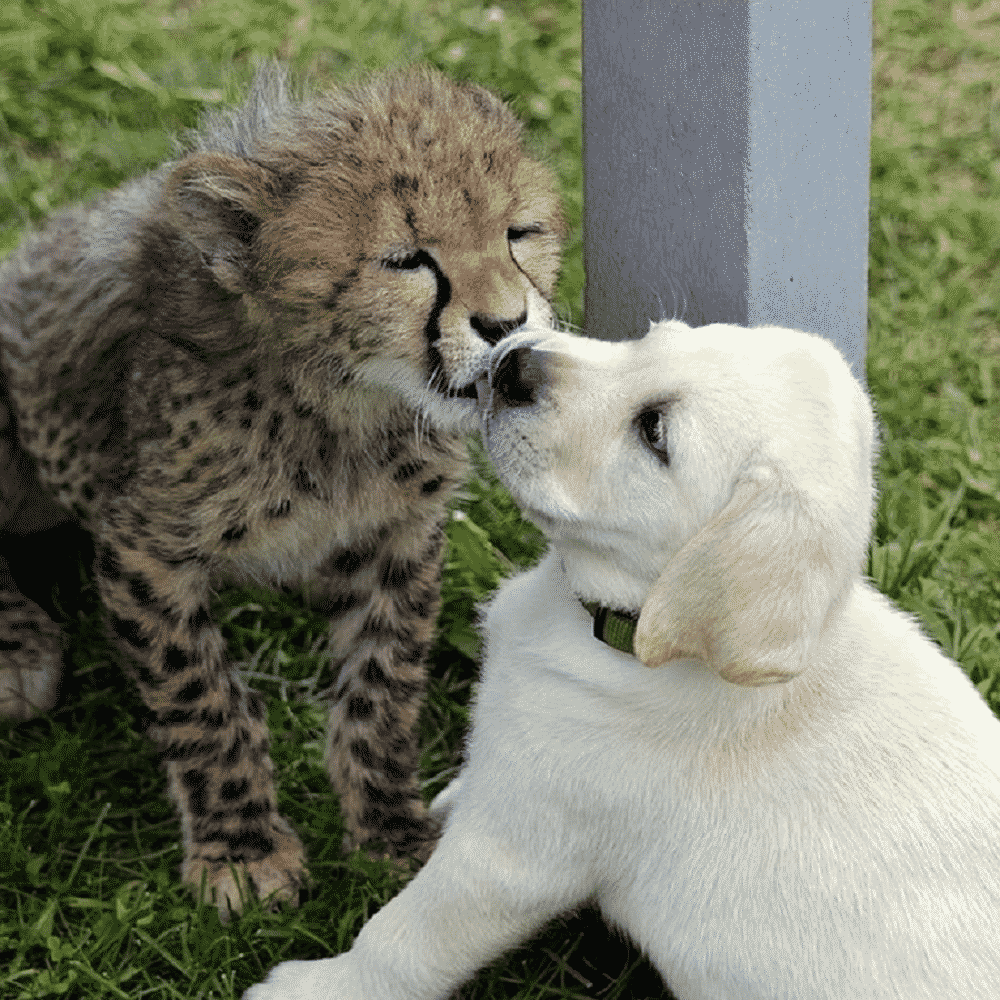 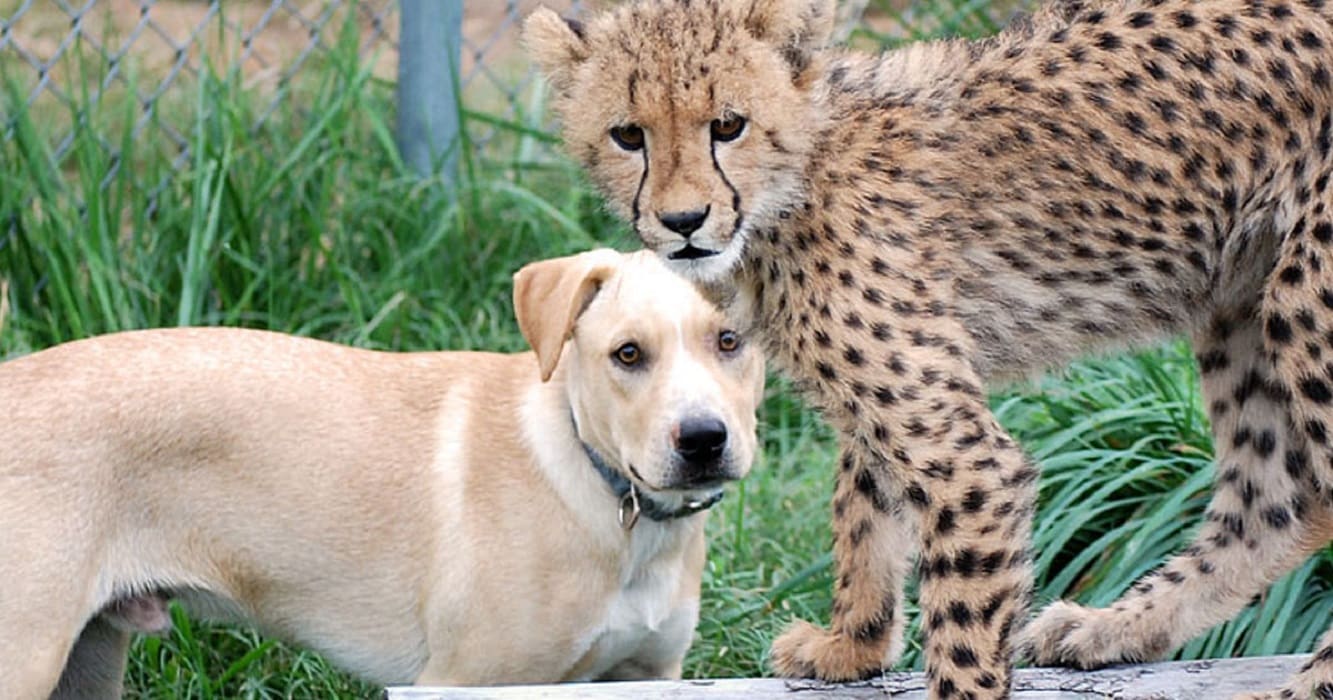 This just goes to show us that even though we may differ on the outside, we can still get along and create amazing friendships. Over a short time Kumbali and Kago’s friendship blossomed and they developed a brotherly bond. You’re going to feel so warm inside once you see them playing and cuddling together next!

Playtime is their favorite! Zoo visitors can see Kumbali and Kago running around their playground, chasing each other and batting around toys on a daily basis. They get plenty of fresh air and loads of attention. Zoo keepers even host meet and greets with the two fur balls to further socialize them. All this playing surely wares them out though. This is why nap time and cuddling is their next most favorite thing! 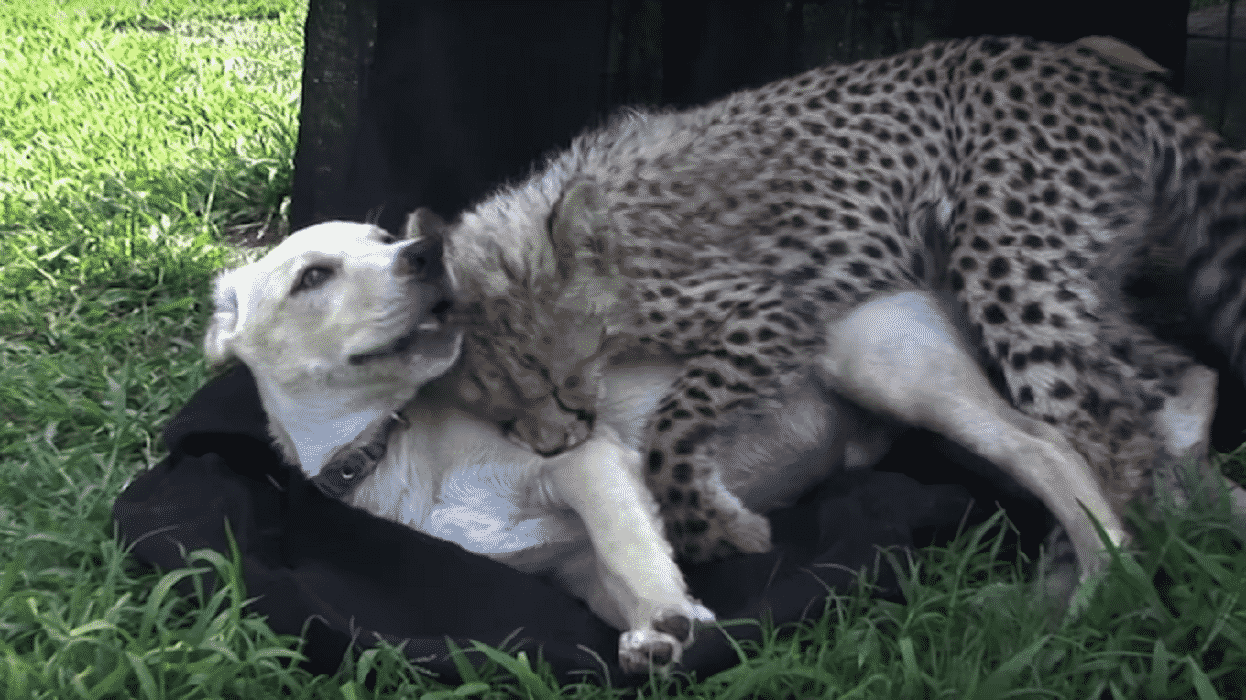 Life wouldn’t be complete without having cozy cuddles with your favorite companion. It looks like the bond between these two is growing stronger all the time. From playing, to napping and socializing, these two do everything together. They even celebrate their birthday’s on the same day!

We even have some bonus photos of the pair opening their birthday gifts, so read on because you won’t want to miss it!

6. A Match Made in Heaven 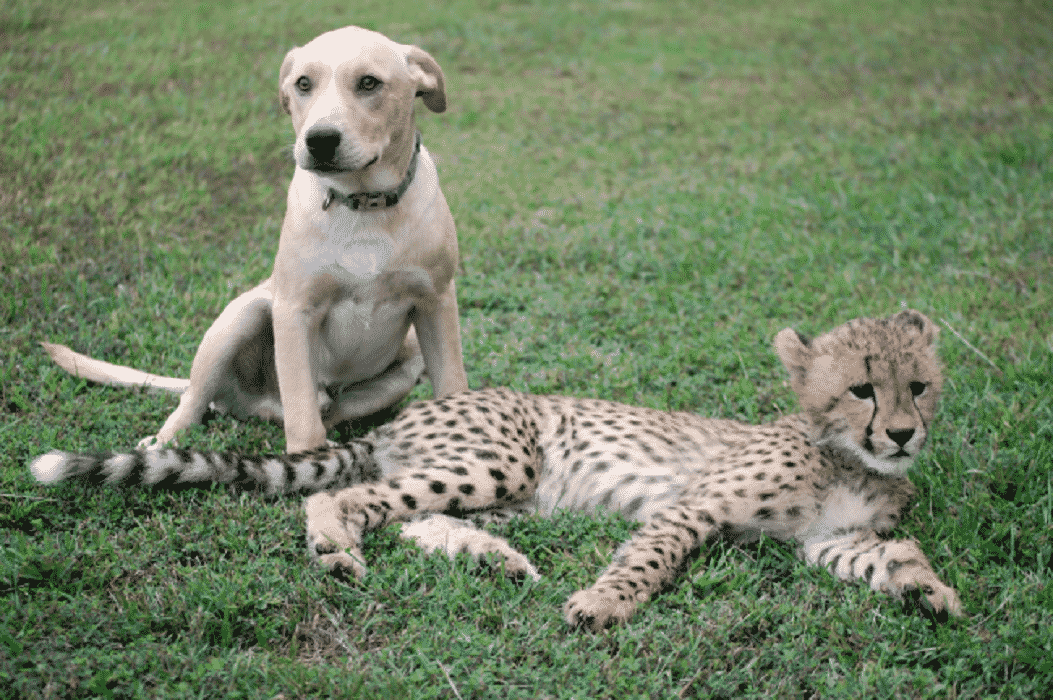 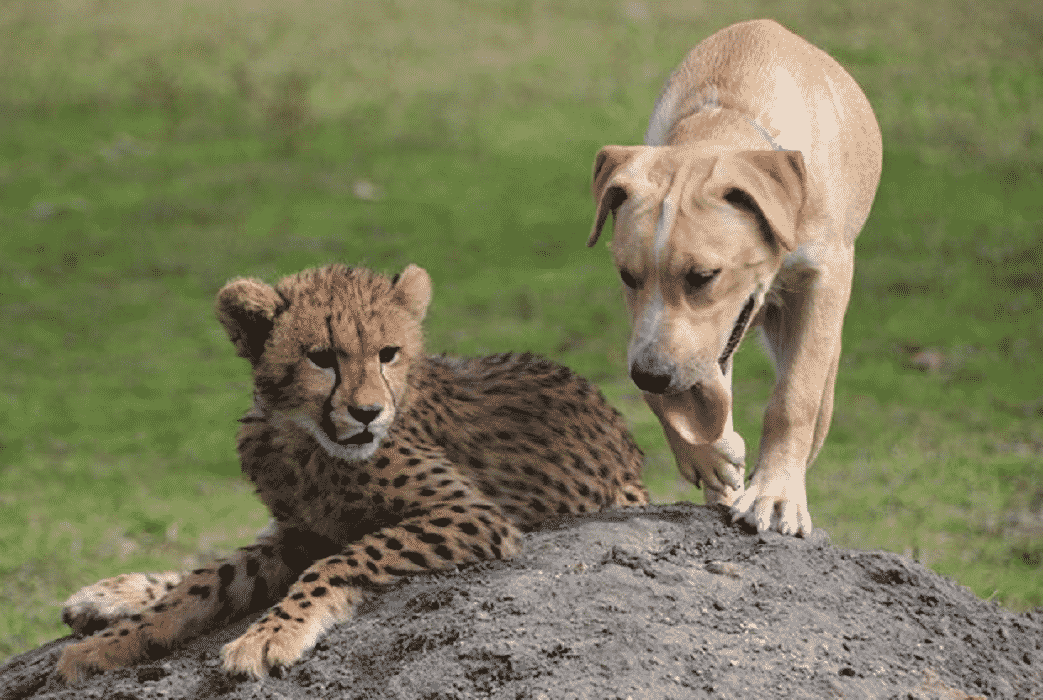 Both dogs and cheetahs are very social animals who need companionship to thrive in any environment. Even at a zoo, where there is constant interaction with guests and caretakers, the animals need that one on one interaction for their overall well-being.

Stick around if you want to see how Kumbali and Kago celebrated their very 1st Birthday together along with some other very exciting events!!!

It’s amazing to see how the two have aged together. In getting to know each other over the years they have developed something so special. What they have is more than a friendship, it is a brotherly bond. And as brothers do, they often tease each other relentlessly…

They are Truly Inseparable 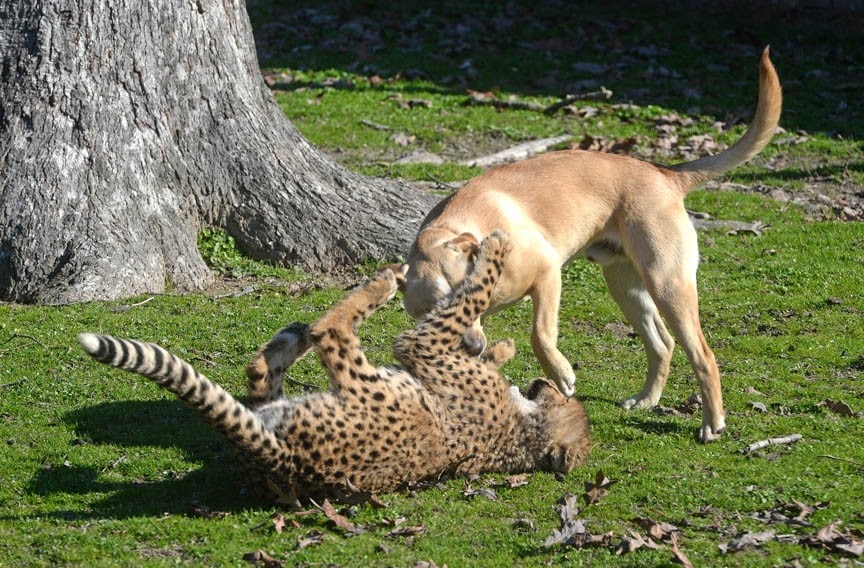 With time and a little help from one another they were able to turn life around. They rescued each other from a very scary world and are now making the best of every moment together. 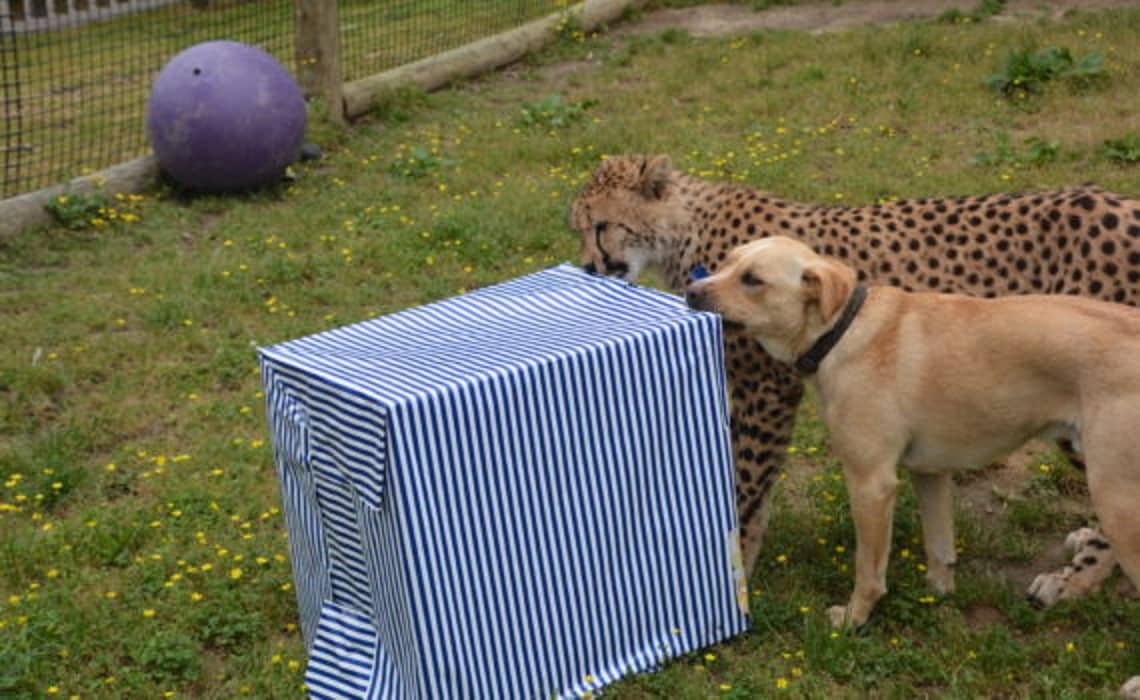 These lucky boys are celebrating their very first birthday together and what better way to celebrate than with your best friend? They even got a tasty treat once they were done unwrapping. As their birthday passed and the days came and went, the seasons began to change which meant Kumbali and Kago would get to experience something for the very first time! Can you guess what that might be? 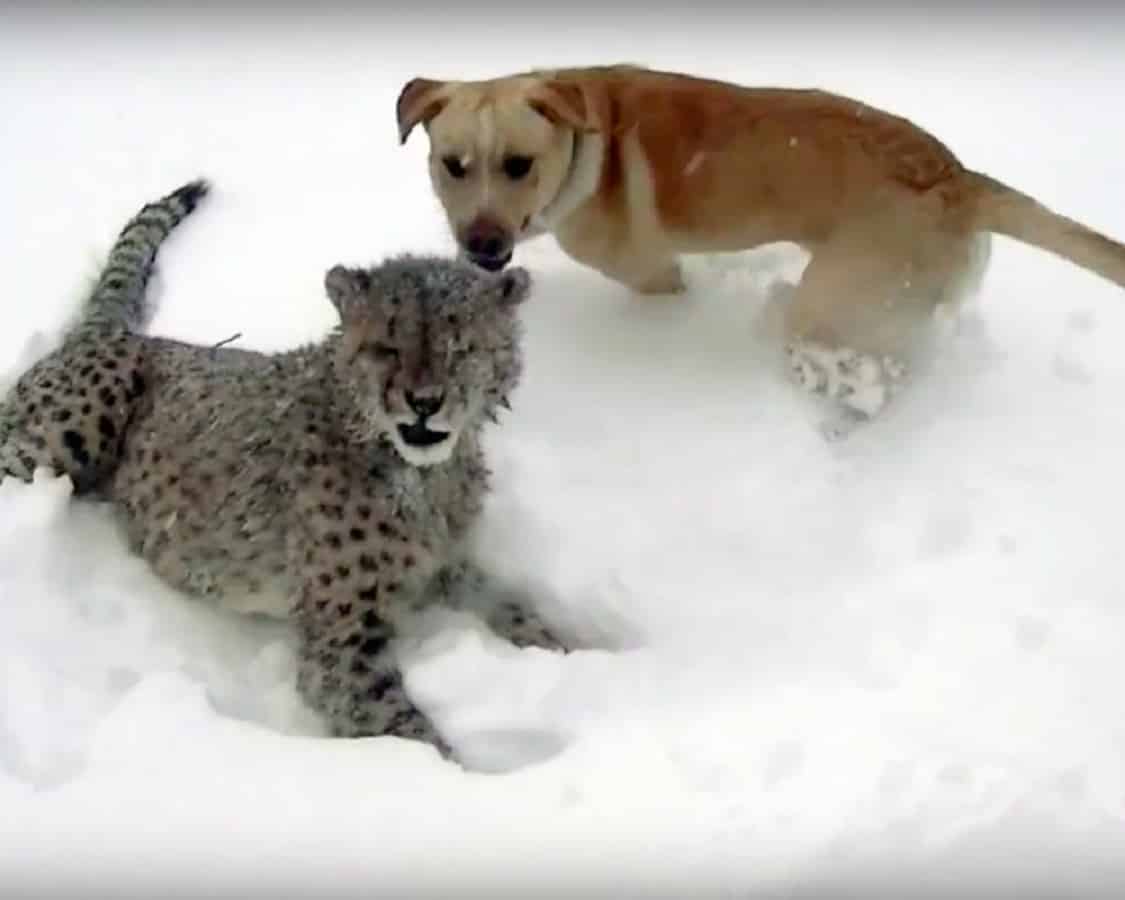 With Kumbali being so young and frail in captivity after he was born and Kago living in the hot heat of Alabama as a young pup, the pair had never before experienced snow! This would surely be an exciting new adventure for the pair as they were unleashed into their play area for their very own snow day. If you think this is exciting, just wait and see what they get to experience next! 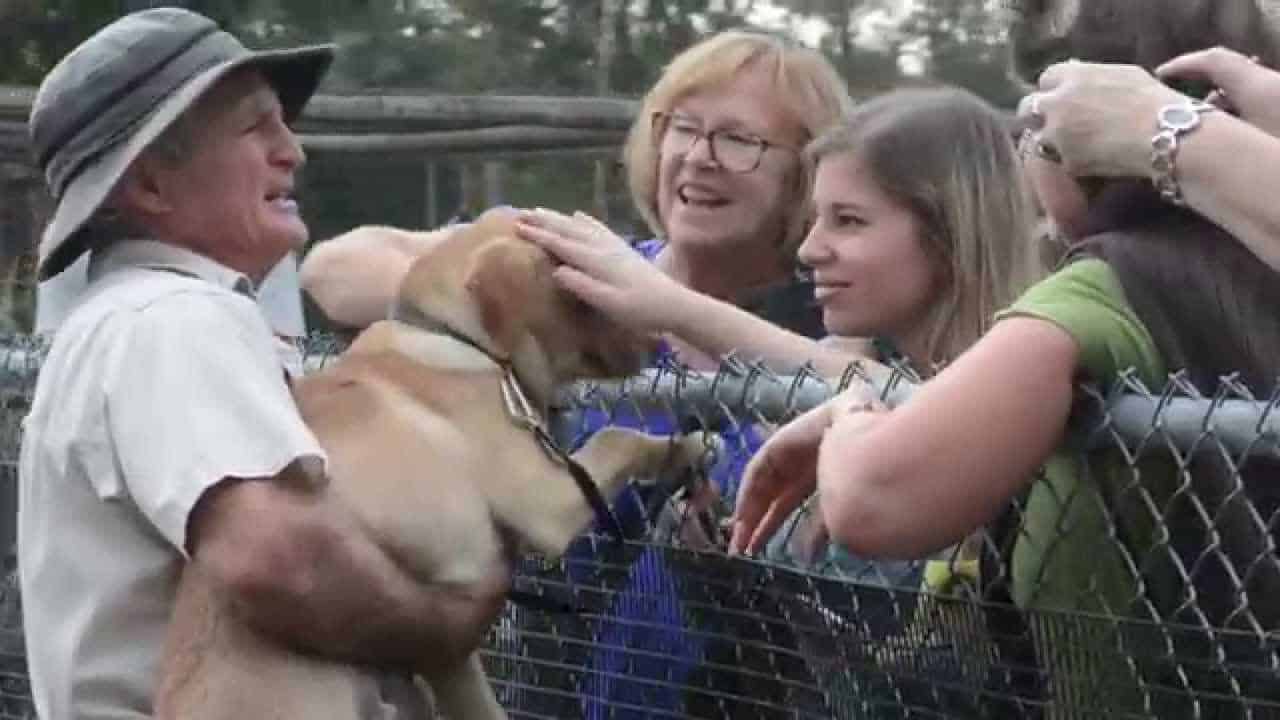 Meeting new visitors is a great way for Kumbali and Kago to brush up on their social skills. They love the attention and the meet and greets offer lots of welcome pets and scratches. But the next visitors the animals have lined up will really make your heart melt…

1. Making New Friends with the Penguins 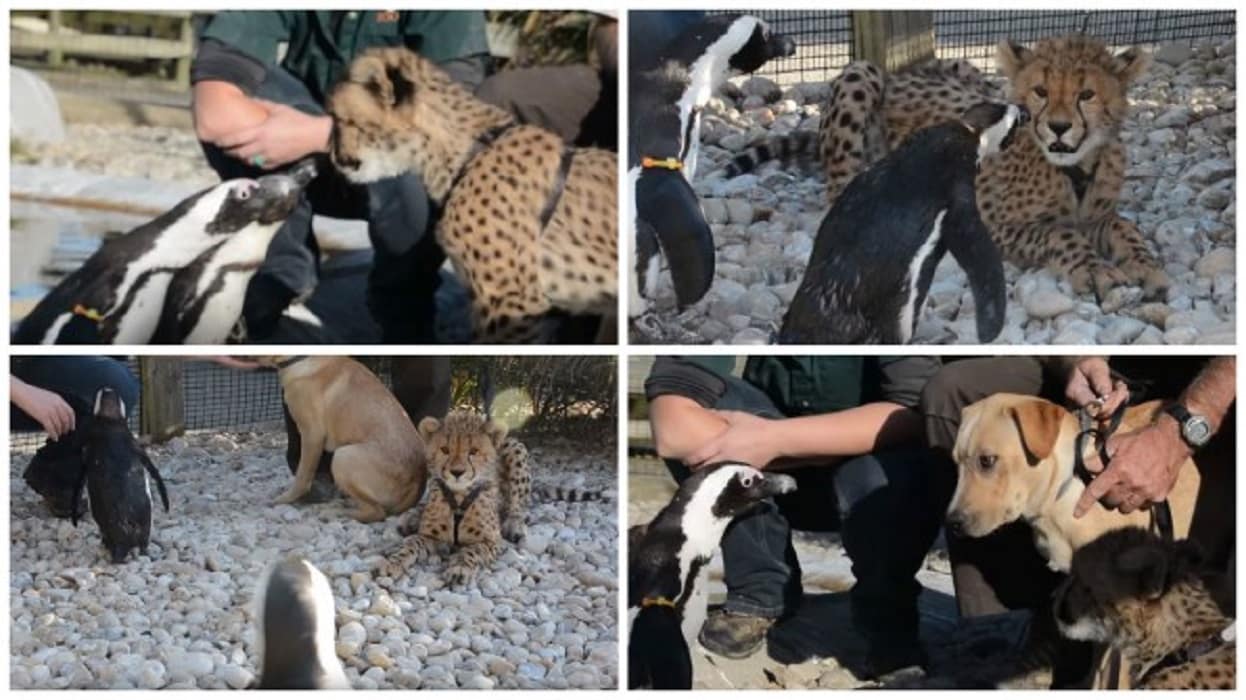 Who would have thought they would be introduced to the penguins next door? The pair are getting serious about meeting their new neighbors at the zoo. After spending some time getting to know the penguins, Kumbali and Kago popped over to see someone a baby Red River Hog. 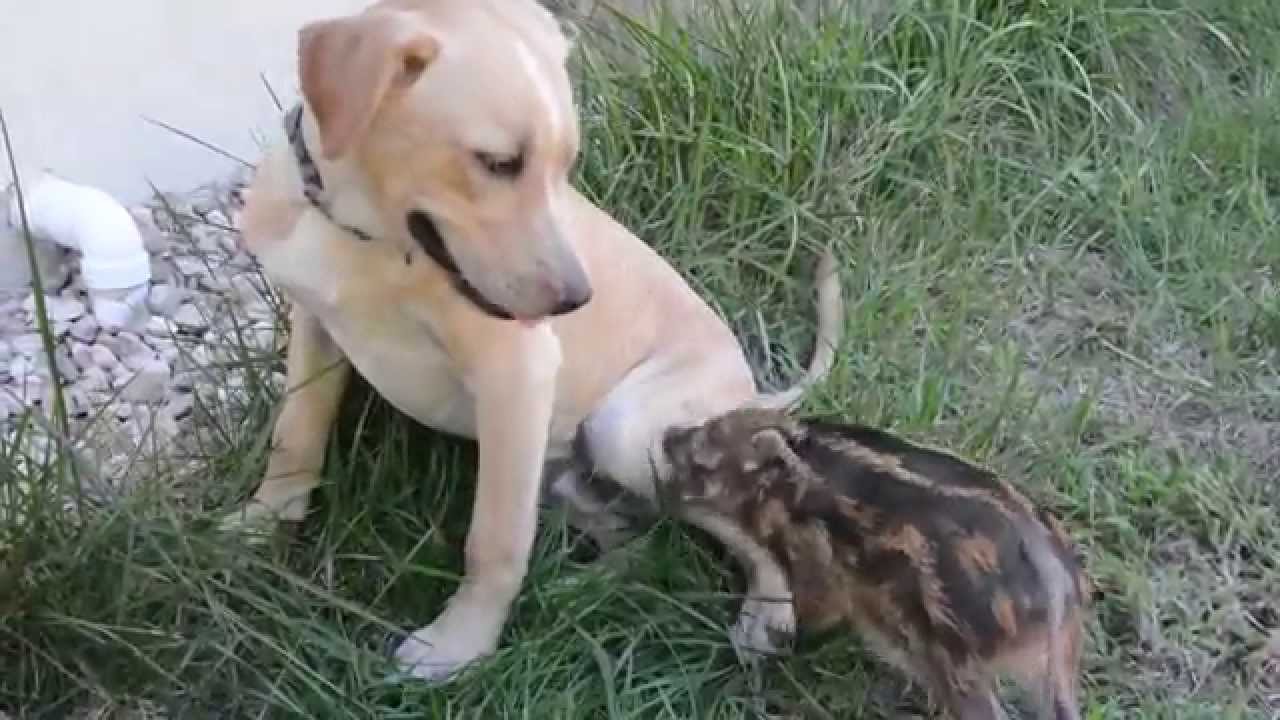 This Red River Hog, otherwise known as a bush pig, might look small now but in time he will grow up to be a 200lb pig! They are native to Africa and as you can see they are very curious. Kago is not overly sure of his new neighbor, but I’m sure with time the three will be setting up weekly hangouts.

They sure do get out there and meet a lot of fascinating guests and creatures, but at the end of the day these two are quite content spending time with each other.