15 Of The Fastest And Deadliest Aircrafts In The World 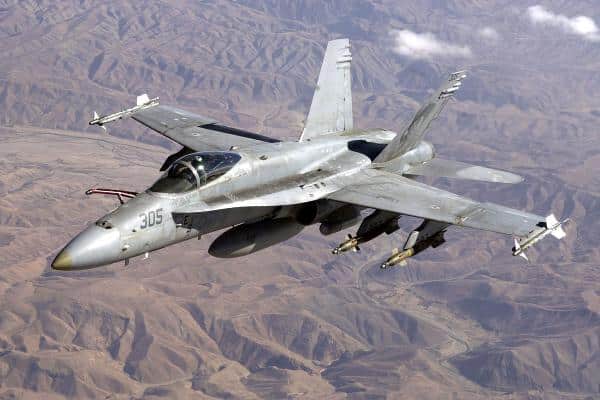 Most Americans will recognize this jet as the one used by the Blue Angels Performance Squad. It’s used by the U.S. Navy and Marines and is very potent in terms of power. The jet contains twin F404-GE-402 turbofan engines that allow it to achieve speeds above Mach 1.7 and the versatility of the jet allows it to be equipped with a wide variety of deadly firepower. 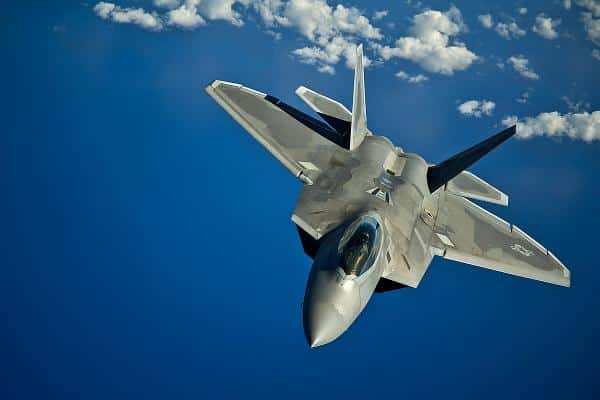 The F-22 Raptor was considered a major achievement in military technology for the United States and there’s no other country that actively flies an aircraft that can compare to the Raptor. It went into service in 2005 and has the tech that allows it to slip into combat zones undetected. Though the jet is 62-feet long with a wingspan of 44.5 feet, it has the radar detection of  a bird. On top of that, the F-22 is equipped with a short range cannon that allows it to excel in dogfights! 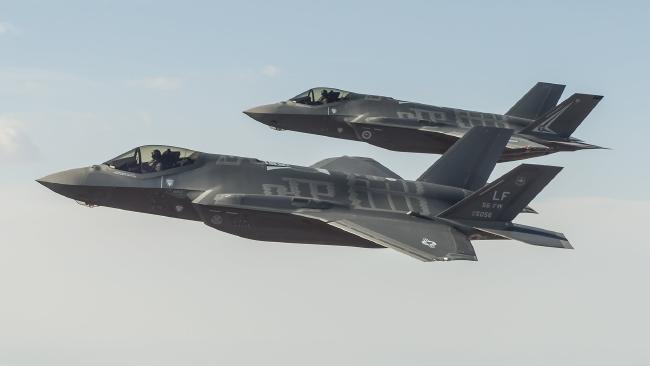 The F-35 JSF is also known as the Lightning II and is a fifth generation stealth fighter. The JSF boasts a reduced radar signature and can also store weapons externally, allowing it to fly in a clean configuration with improved aerodynamics and enhancing its stealth capacity. The fighter jet can also obtain top speeds of Mach 1.6 and has a combat radius of over 1,000km. 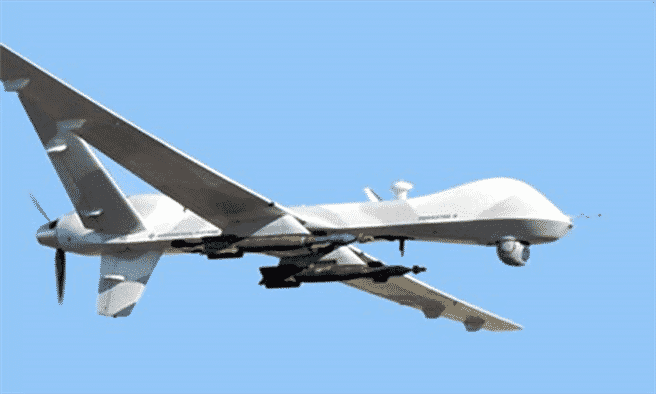 The MQ-9 Reaper is designed as an unmanned combat aerial vehicle that’s based on the very successful Predator model. The drones are designed to attack ground targets and have been deployed to the likes of Afghanistan with the United States Air Force. The Reaper can be equipped with a wide arrange of weapons from guided bombs to anti-armor missiles, making it quite deadly and effective. 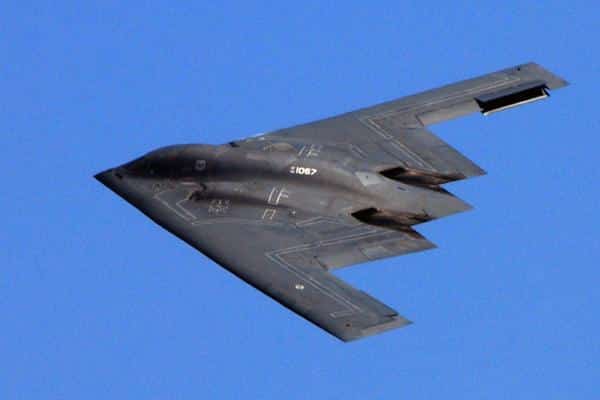 The B-2 Spirit boasts a flying wing design and is a stealth aircraft designed by Northrop Grumman at the end of the Cold War. It was a strategic bomber that first entered service in 1997. One really cool aspect about this fighter is that it’s coated with a substance that is radar-absorbent, which enhances the jet’s stealth capacity. It can travel over 11,100 km without needing to refuel and can have both nuclear and conventional weapon systems. 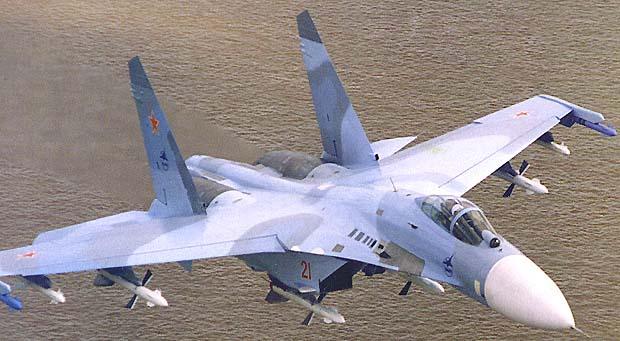 The Su-27 is considered large for a long-range fighter, but is superior to most of them due to the top speeds it can achieve beyond Mach 2.35. Featuring a twin engine designed by the USSR and a fly-by-wire control system, it was built for superiority and continues to be a popular aircraft within the Russian military. 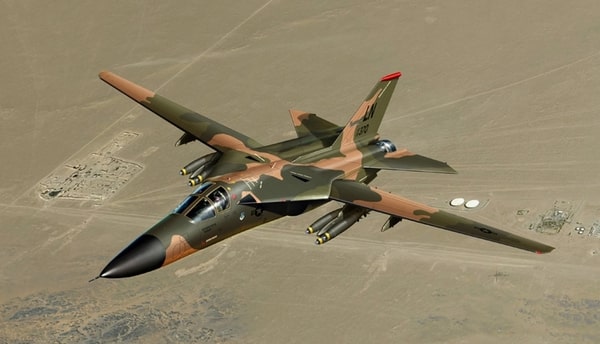 This multipurpose tactical fighter bomber is capable of supersonic speeds. It is considered to be one of the most controversial aircraft to ever fly; however, it achieved the safest operational record of any aircraft in the U.S. Air Force history. What’s deadly about this fighter is it’s capable of carrying a payload of 14,300 kg of bombs, as well as a nuclear bomb. Unfortunately, it was retired in 1998, but is still considered one of the best in its class. 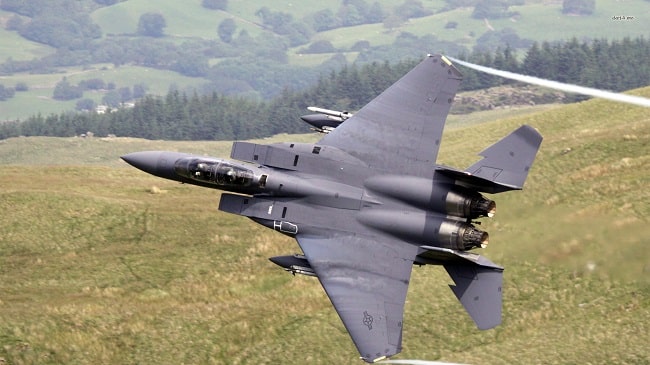 The F-15 eagle is a twin-engine fighter that is considered the backbone for the Air Force in term’s of fighter superiority. The design is undefeated when it comes to air-to-air combat and has achieved over 100 aerial combat victories thanks to its twin-engine and thrust-to-weight ratio that can propel the aircraft almost 2.5 times the speed of sound. At this moment the U.S. Air Force claims it is one of the most successful aircraft ever built. 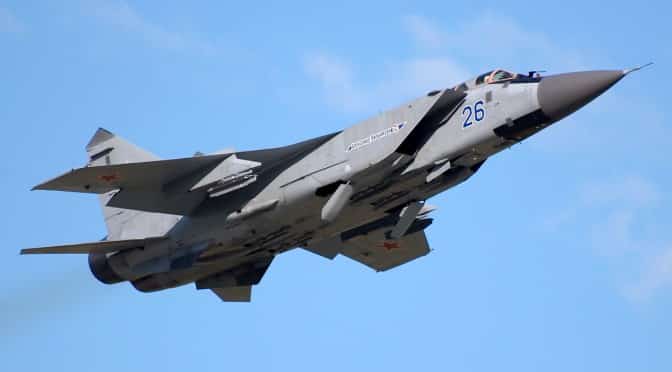 The MiG-31 is one of the top ten fastest aircraft in the world and is designed to fly straight and fast in order to destroy invading planes. The aircraft is also used for intercepting enemy jet fighters and has achieved a top speed of Mach 2.83 which is quite impressive for the design. 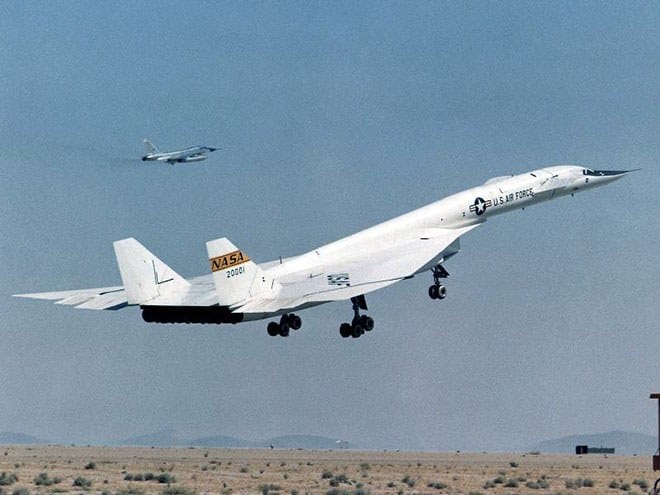 The XB-70 Valkyrie was considered unique at the time due to its six engines that allowed it to fly at a top velocity of Mach 3. However, flying at this speed resulted in the aircraft’s frame heating up to 330-degrees in some areas. The United States felt the extreme speed was necessary to be able to accelerate away from Soviet interceptors and to escape nuclear bomb blasts. Only two were ever built and the model has since been retired. 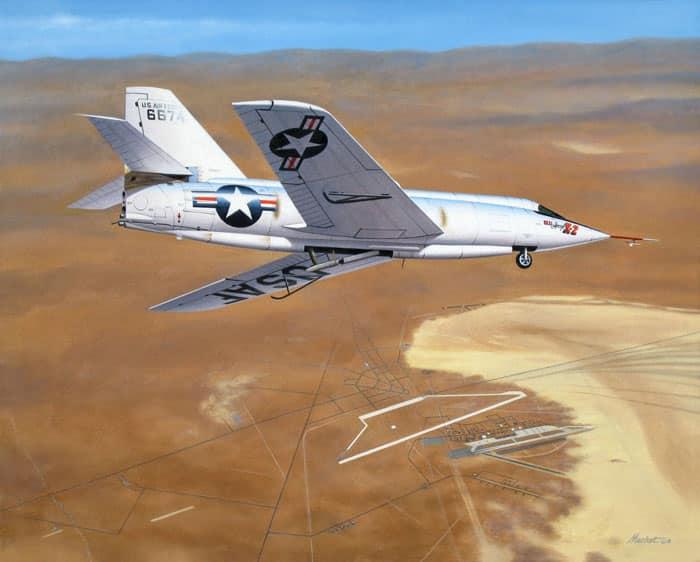 A research aircraft that was powered by rockets, the Bell X-2 was designed to investigate effects of aerodynamic heating. The program launched in 1945 to explore the problems of supersonic flight and was once able to achieve a stunning speed of Mach 3.196 in 1956. Unfortunately, after one fatal test that took the life of the pilot, the program was shutdown for good. 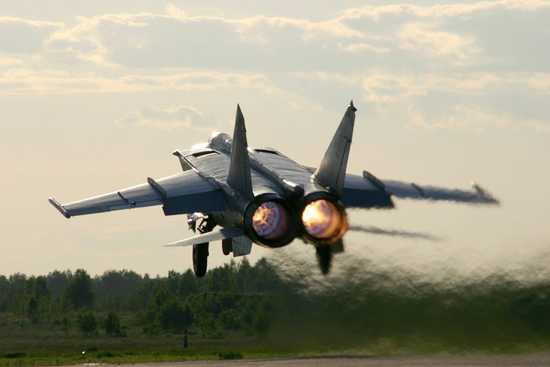 A super fast interceptor and bomber aircraft, the MiG-25 was designed by the Soviet Union and has speeds not matched to this day. It entered service in 1970 and had the ability to reach a top speed of Mach 3.2, although it was determined the engines would blow up if they maintained that speed for too long. The aircraft had a very powerful radar and could launch up to four air-to-air missiles. 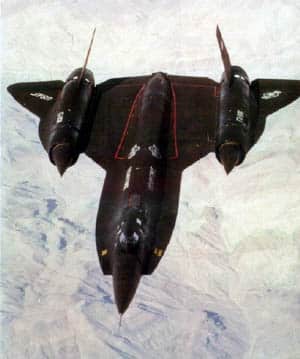 The YF-12 was an interceptor prototype developed by the United States that was able to reach top speeds of Mach 3.35. The aircraft featured three air-to-air missiles and only three were ever built before the program shutdown after being proven not to be viable. 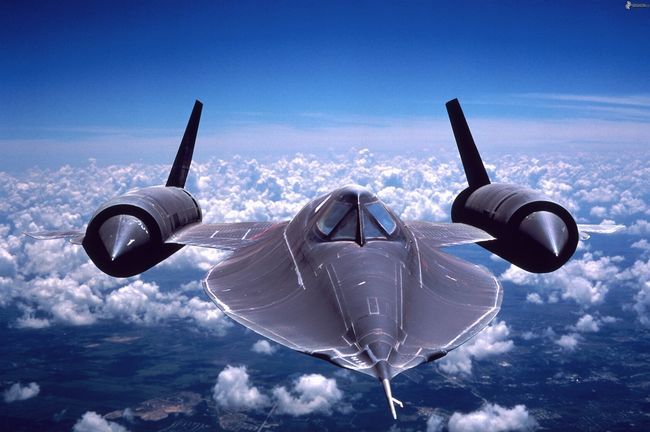 Introduced in 1966, the Blackbird has been utilized by both the United States Air Force and NASA. Over the course of the Blackbird program, 32 models were built in an effort to continue reconnaissance and experimental research. The SR-71 featured stealth technology that if spotted it could outrun surface-to-air missiles and interceptors. According to records, the Blackbird could achieve speeds of up to Mach 3.2. 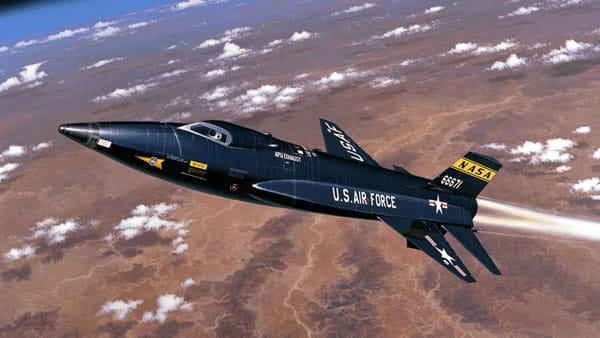 The X-15 is at the top of our list when it comes to the fastest and most deadliest aircraft in the world. Its maximum speed can reach Mach 6.7 and it has the ability to remain stable at top speeds. Due to the high level of velocities the X-15 operated at, the aircraft did not use traditional steering and used rocket thrusters instead. Pretty crazy, right?