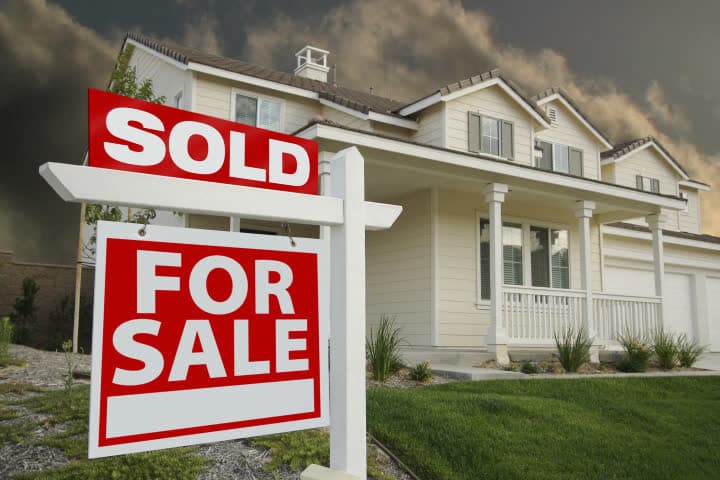 One of the downsides to buying a house is that you don’t always have time to explore every inch of the property. While there’s always the expected home inspection, just like moving into any new place you really don’t start discovering new things (good or bad) until after you lived there awhile. Sometimes these discoveries can lead to some very big surprises you never expected. You won’t believe what one man found in his backyard! 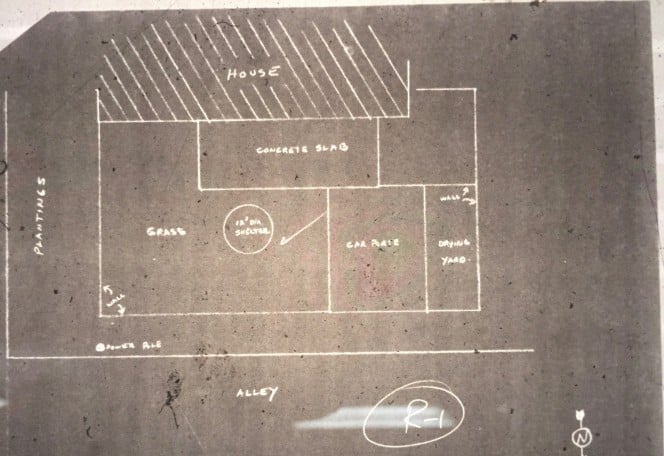 Jon Sims of Arizona made the ultimate discovery when he found the original plans to his house sometime after he moved in. Intrigued, he started looking at the plans and noticed there was something deep, deep beneath the ground. What do you think it could be?

26. Expert on the Premises 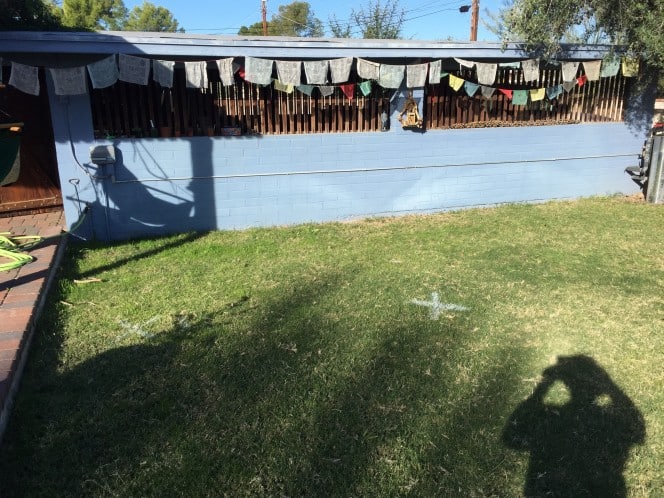 In order to get to the bottom of the mystery, Jon hired a metal detector expert to thoroughly examine his backyard. The professional found two possible locations for where the surprise could have been buried, marking the spots with two large Xs. 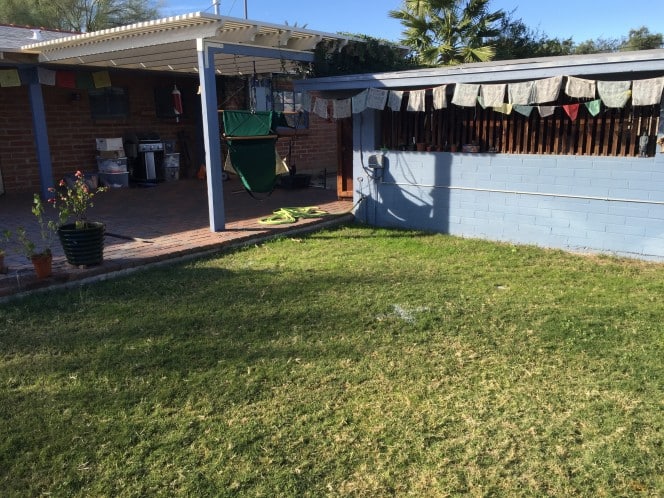 A time capsule? A buried fortune? While Jon had his suspicions about what might be deep underground in his backyard, he didn’t know for sure. However, he was determined to get to the bottom of the mystery once and for all. There was no way he could continue to live in the house and not know.

24. Taking Matters into his Own Hands 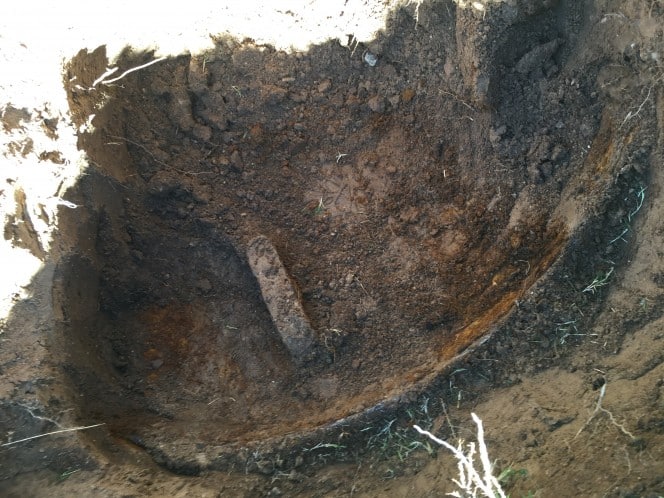 Unable to wait any longer, Jon grabbed a shovel and began to dig at one of the spots the professional had marked for him. After digging a few feet, he unearthed a metal object that was unidentifiable due to the amount of dirt covering it. What could it possibly be? 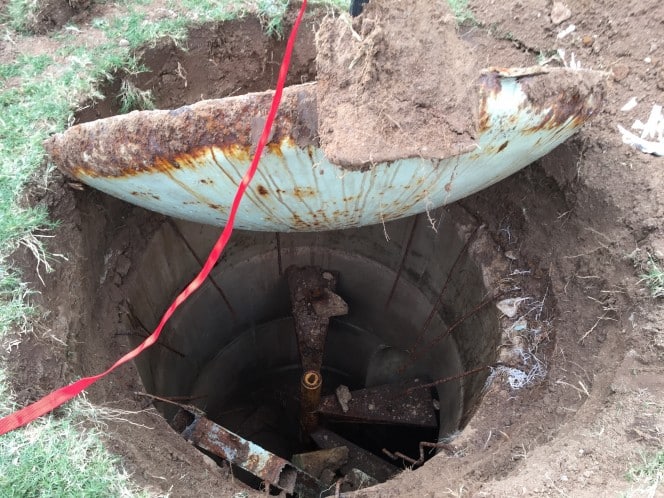 As he continued to dig deeper in order to find out what the object was, he uncovered a huge metal lid. Try as he might to open the hatch, he had to eventually dig all the way around it in an effort to take a peek at what was inside. 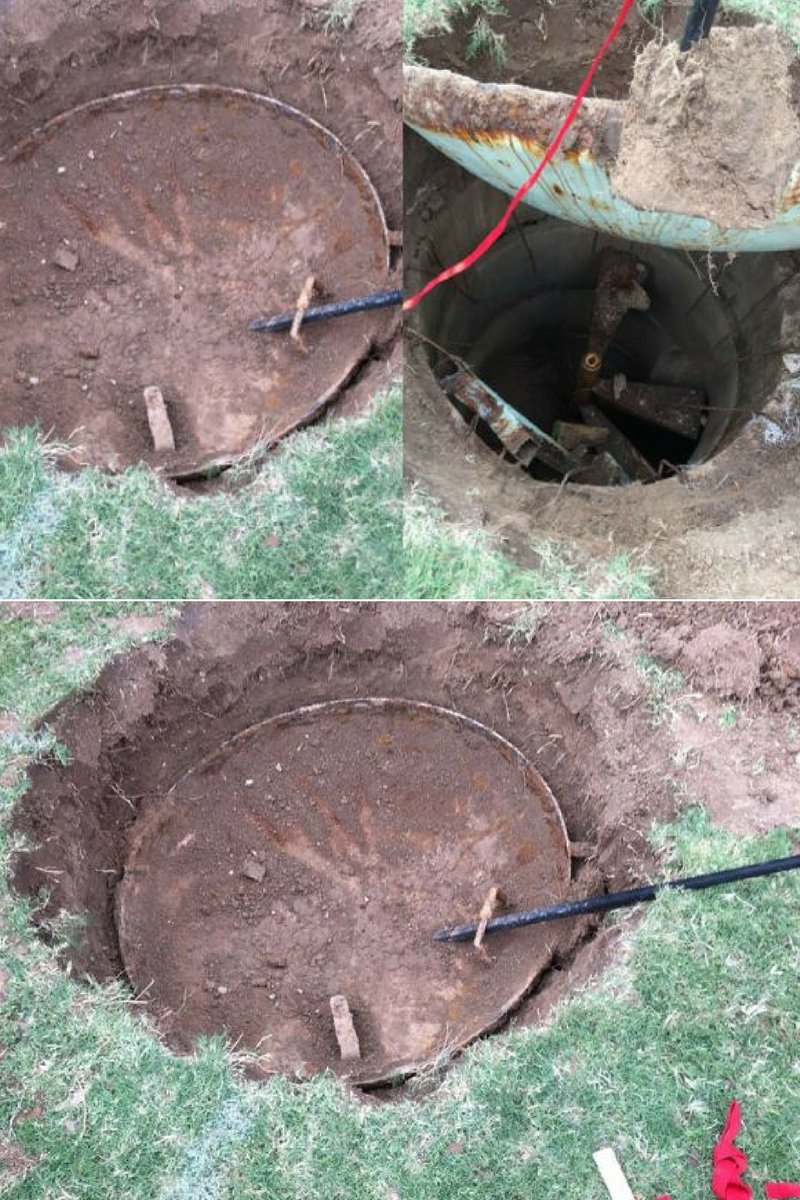 Here is a better look at the unveiling process, which shows you just how hard it was to figure out where this thing ended. The digging process was difficult, but exciting because there could have been just about anything underneath the hatch. 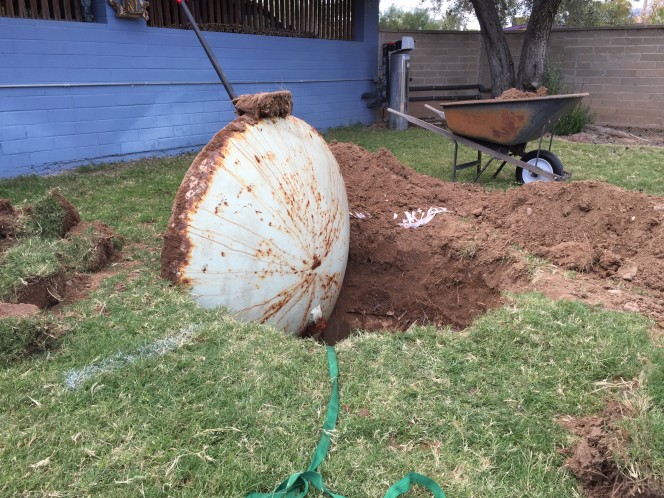 Using every ounce of strength he could muster, Jon was able to get the large hatch open so he could see what was under it. Let’s just say this man got one of the biggest surprises of his life! 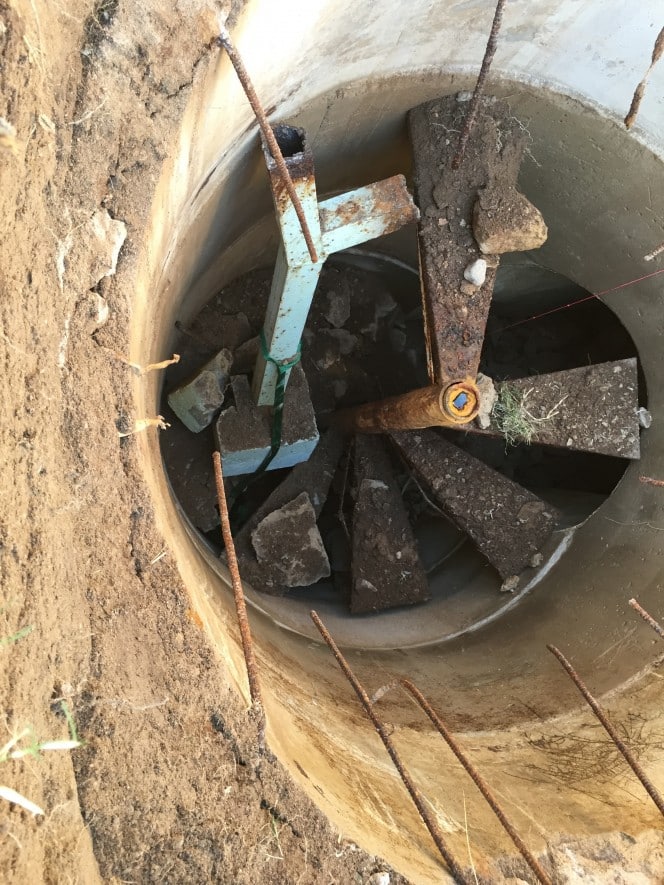 At first, he was confused at what he was looking at. There were several objects jumbled together that time had not been kind to. Were these fan blades or stairs? It seemed there would be more investigating to do! 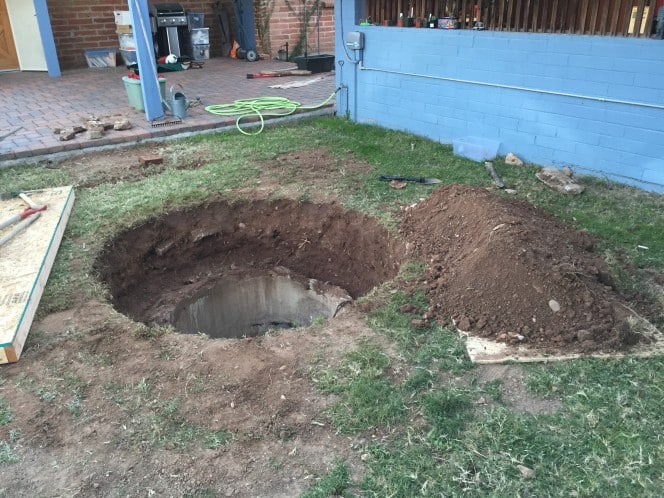 In order to get a better look inside, Jon cleared more dirt away from around the opening. This would allow him to climb inside easier and take a look around. Personally, we wouldn’t want to go diving into any strange holes. 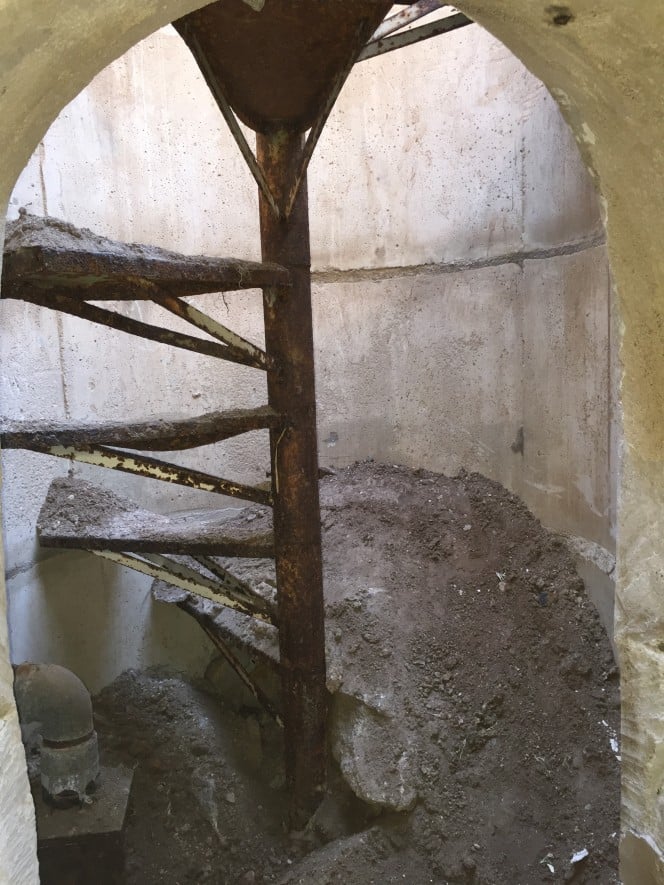 With the dirt cleared away, Jon was able to figure out that what he was looking at were a set of stairs leading deep into the ground. Letting his curiosity get the best of him, he began to descend the staircase. He just had to know what was down there!

17. Blueprints for a Shelter 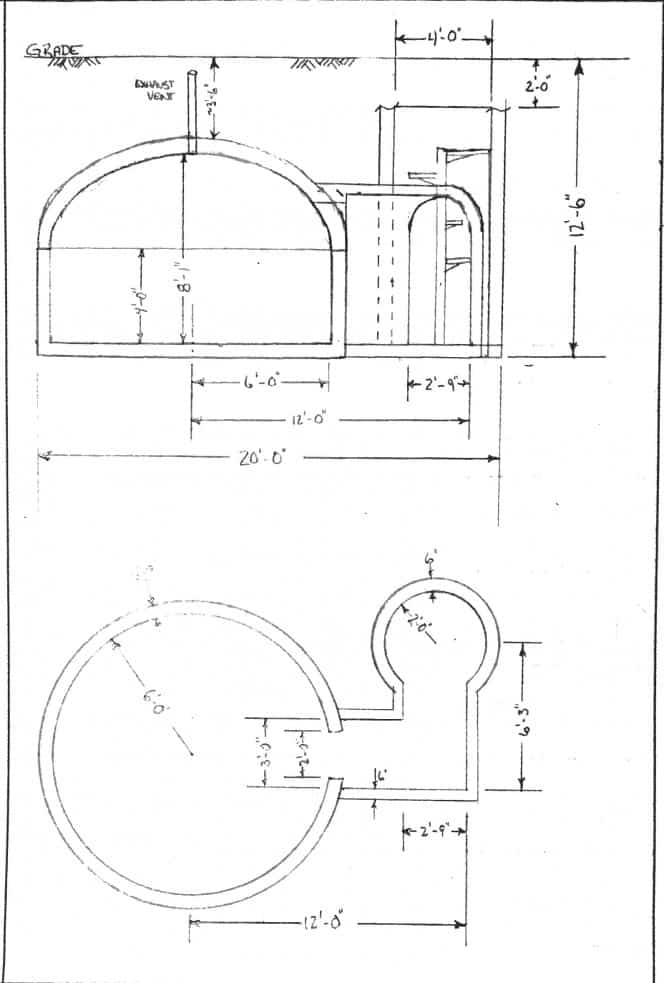 Jon discovered blue prints to the underground structure, revealing it to be some sort of bomb shelter that the previous owner had built. At least he knew he would be safe if the apocalypse ever took place, right? 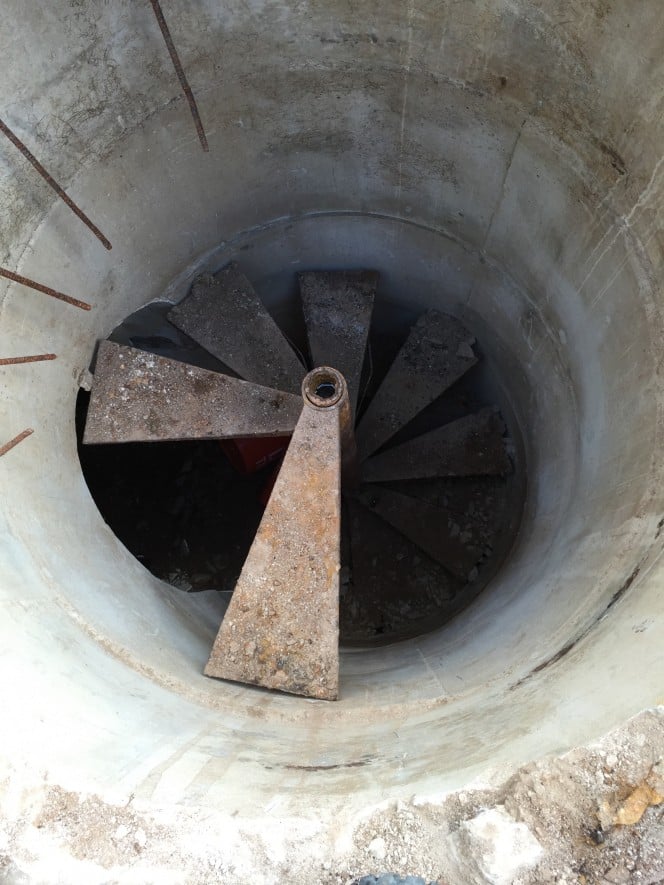 As Jon continued to investigate the structure, he discovered the blue prints weren’t completely accurate. It was also possible due to neglect and the passage of time, the structure had fallen into disarray, no longer representing the original design. 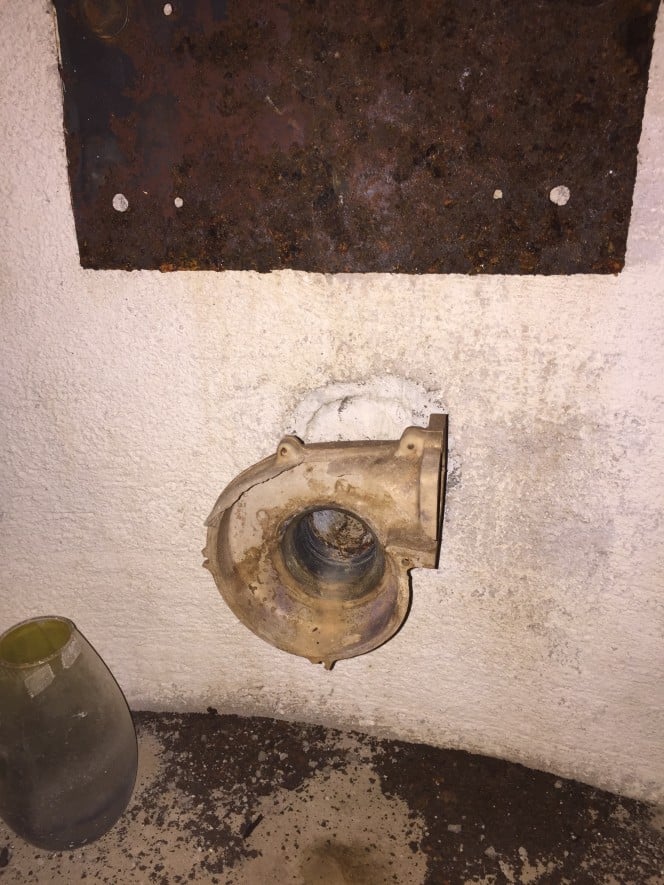 An electrical air vent and fan opening were discovered in the initial tunnel, which was determined to be a way to circulate in the fresh air. It seems whoever built the bunker was planning on staying there for a long time.

14. Time to Move the Rubble 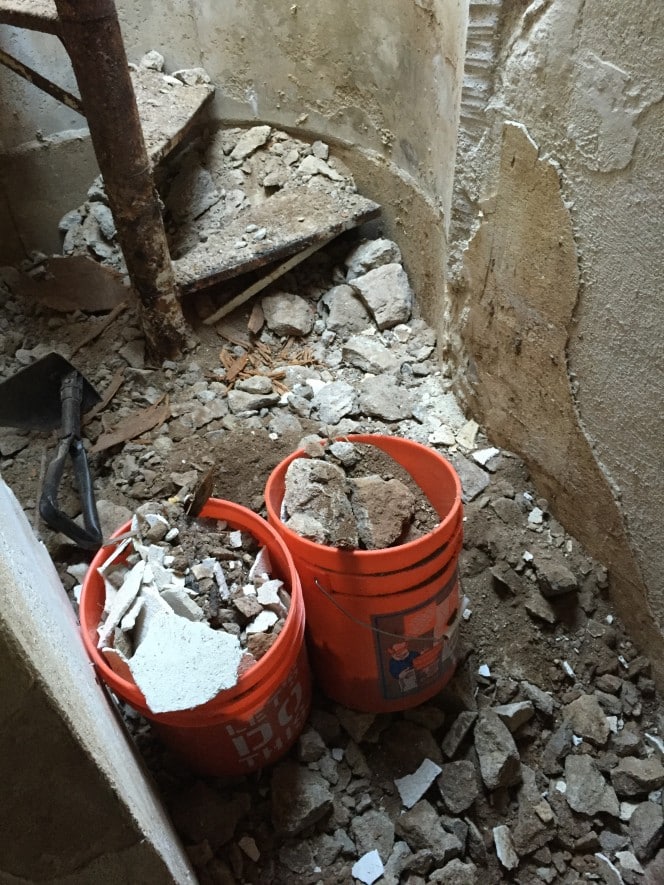 Jon wanted to continue to excavate the bunker but knew he would need to remove the rubble and debris to ensure the safety of the underground structure. He quickly got to work, removing buckets of junk that had collected over the years. 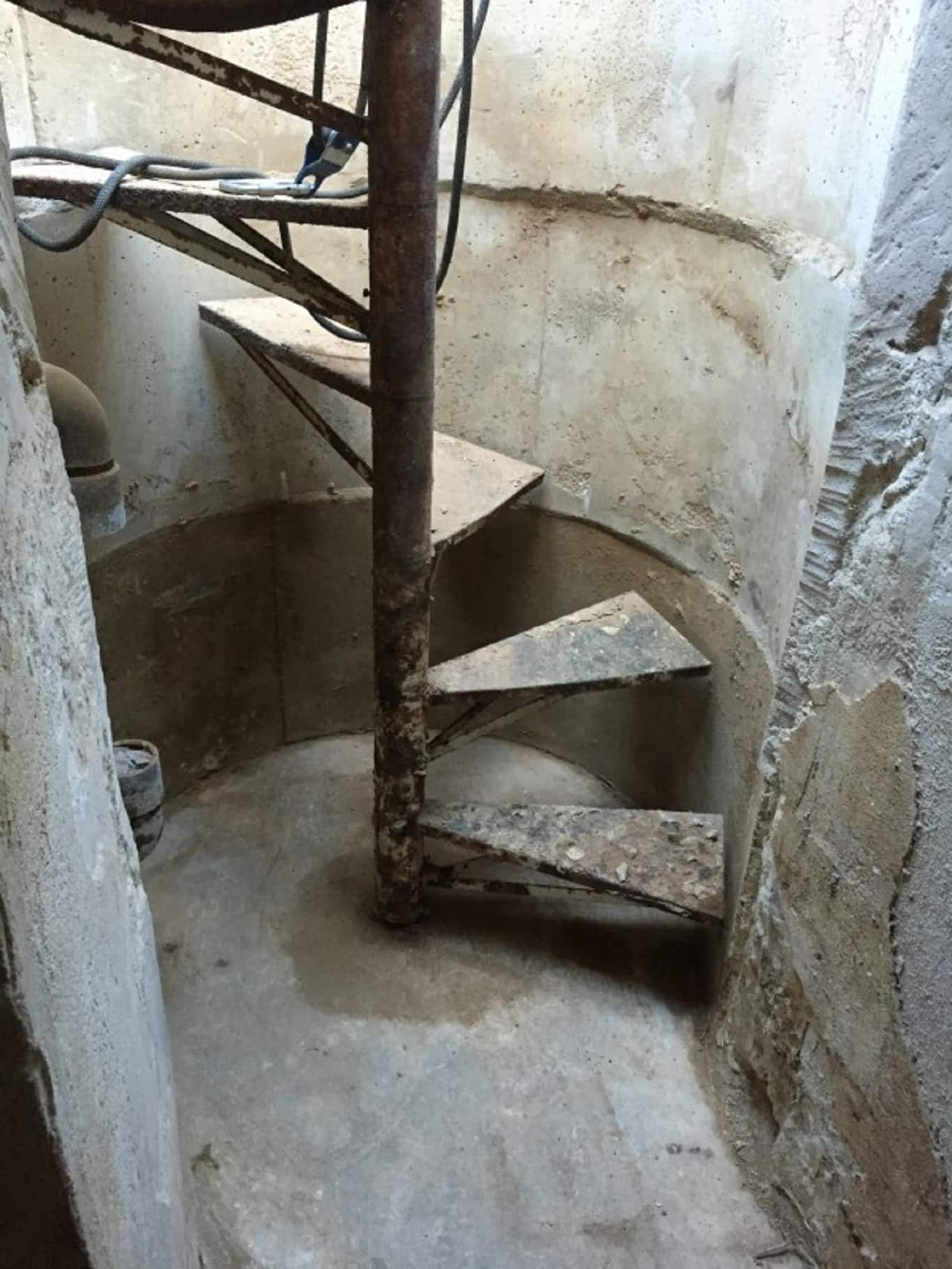 What a sight it was to see when the last of the rubble was cleared off the floor! It may look easy is the before and after photos, but one thing is for sure–this project took some serious effort! Restoring something underground is never an easy task…

12. The Rust Was Intense 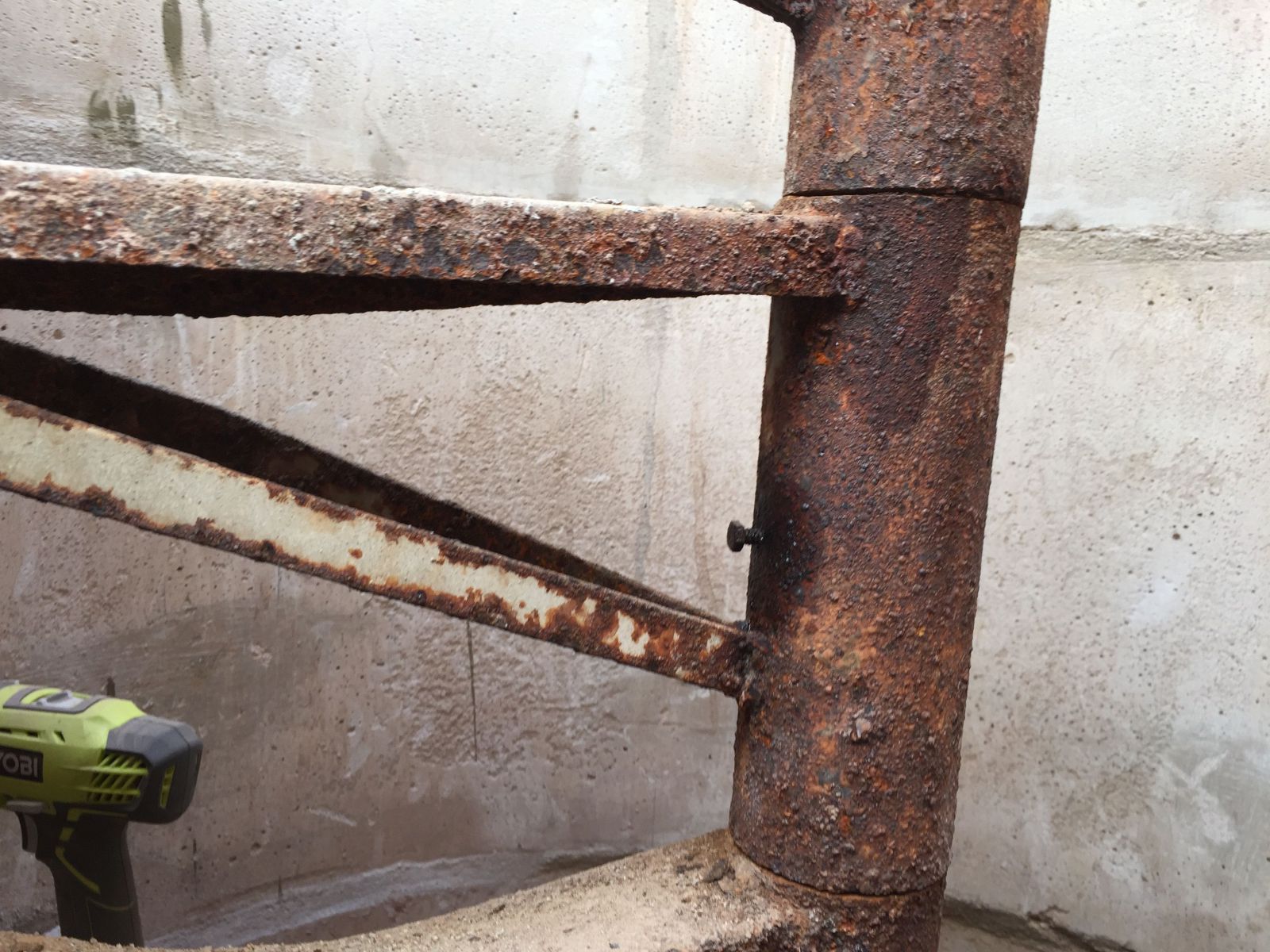 Apart from the flooring and debris that had to be removed, there was also loads of rust on all the original metal work. Rust deteriorates metal and causes the structure to no longer remain strong, so everything that was rust covered had to be replaced. It was almost like giving this place a rebirth.

11. Friends to the Rescue 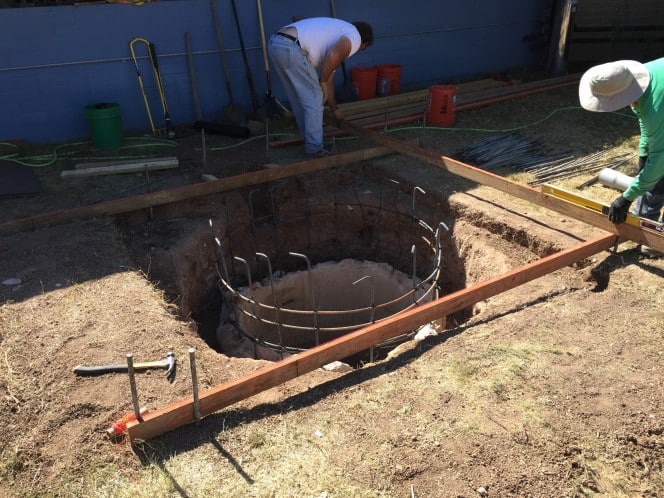 With the desire to explore the entire bunker and one day return it to its former glory, Jon enlisted the help of friends to secure the entrance. They poured concrete molding to reinforce the opening and added air vents and electricity in an effort to maintain a workable atmosphere below the ground. 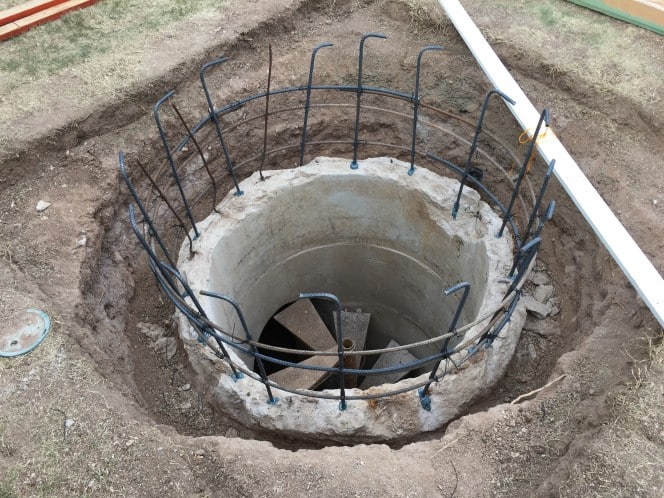 After the opening was reinforced, the men still had a lot to do inside. They tore out the old stairs and began work on replacing them with new ones. 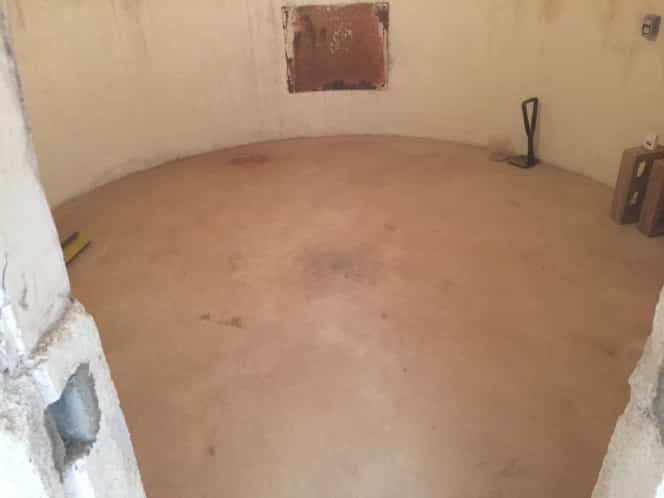 Finally, they were able to work their way into the interior of the shelter, which honestly we have to say is not that impressive. However, they knew they could turn it into some really special. So they got to work almost immediately! 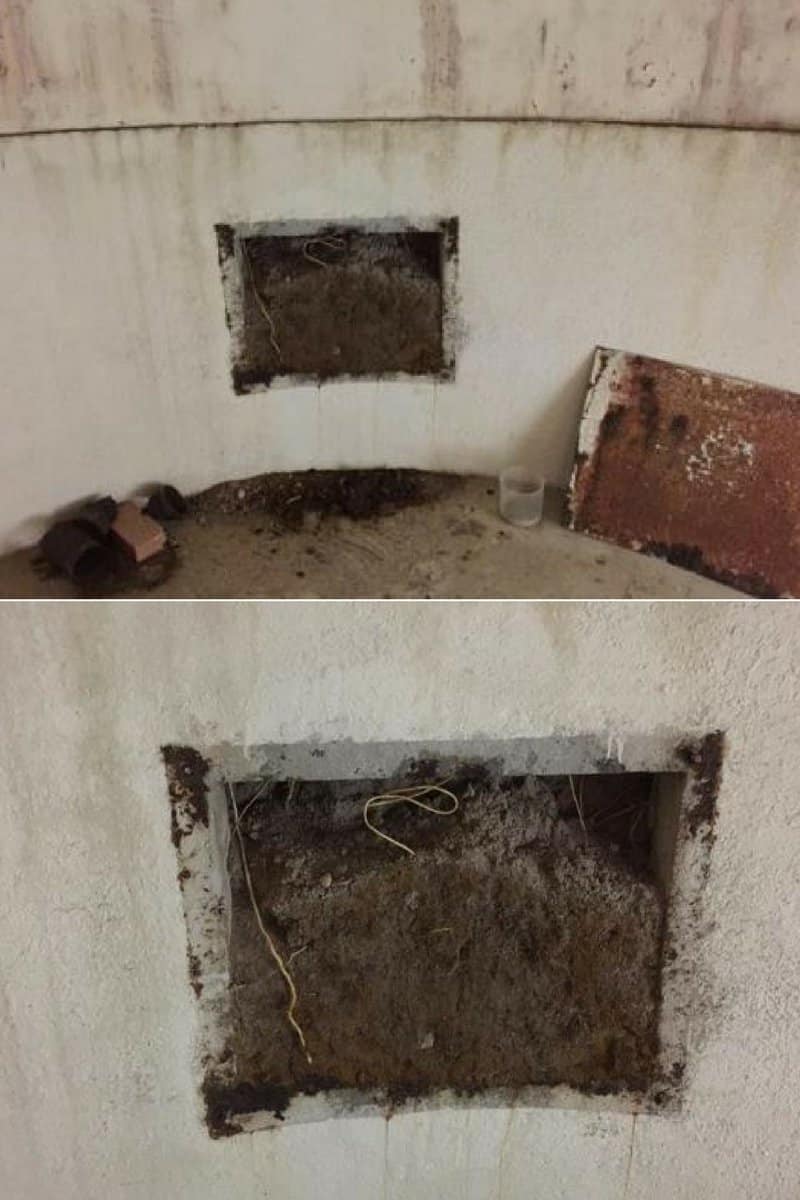 Jon, being a specialist in rescuing people from confined spaces for the fire department, knew that the air in the bunker could be potentially dangerous, so when he asked his friends to come by they were sure to bring the necessary equipment so that all who were working on the project could proceed safely. Once they determined it was safe to proceed, they could really get a feel for what they were working with. It turns out, the original designer knew what he was talking about. 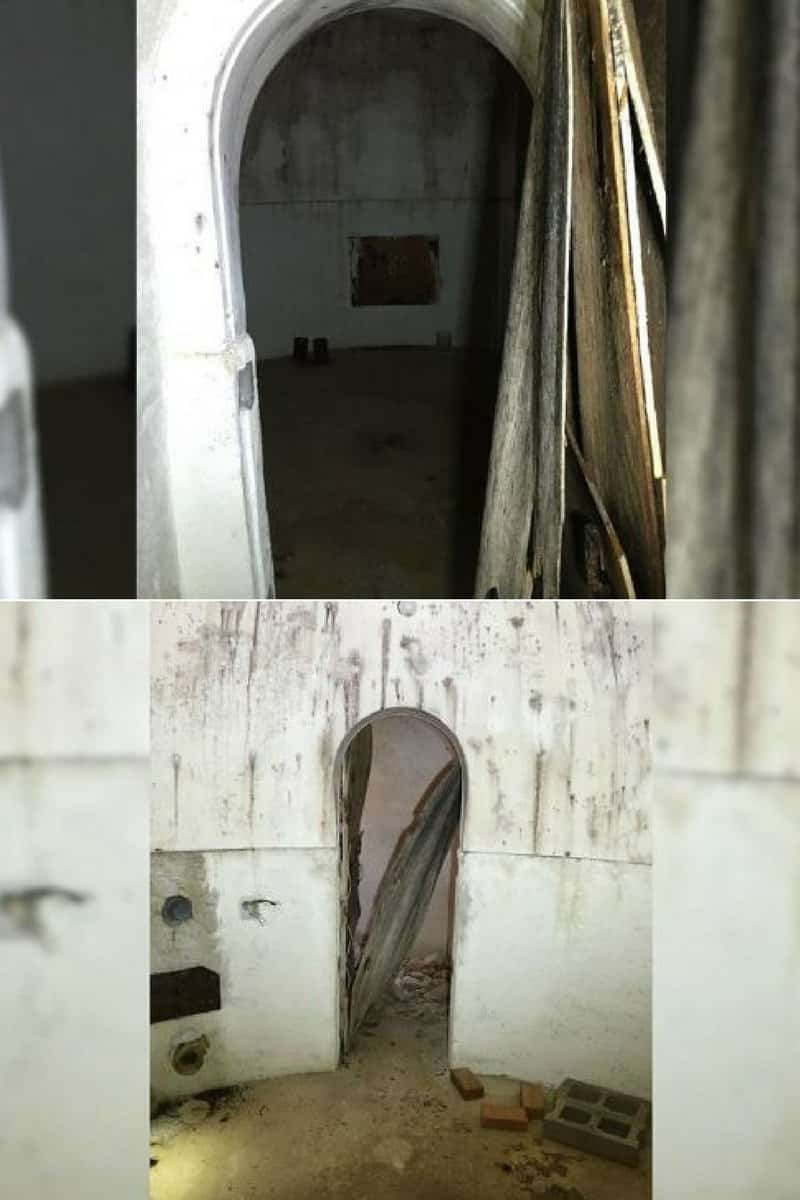 This is another great shot of what the inside of the bunker looked like after the debris was cleared out of the way. Surprisingly, the bunker was in decent condition after all these years. It appeared to be constructed in a dome shape with arched doorways.

6. Tearing Down the Fiberglass 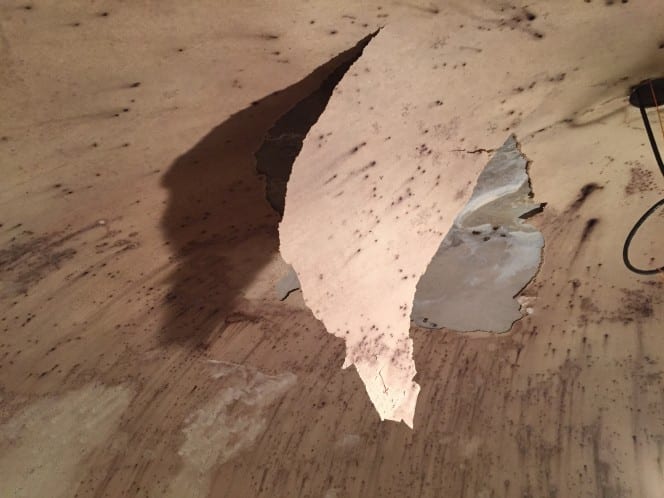 The first step was to completely remove the fiberglass ceiling which had deteriorated over time. Thankfully, it wasn’t completely attached to the ceiling so they were able to remove it quite easily. They also worked on revamping the floor, which wasn’t looking too good, either.

5. Cleared Out and Ready to Go 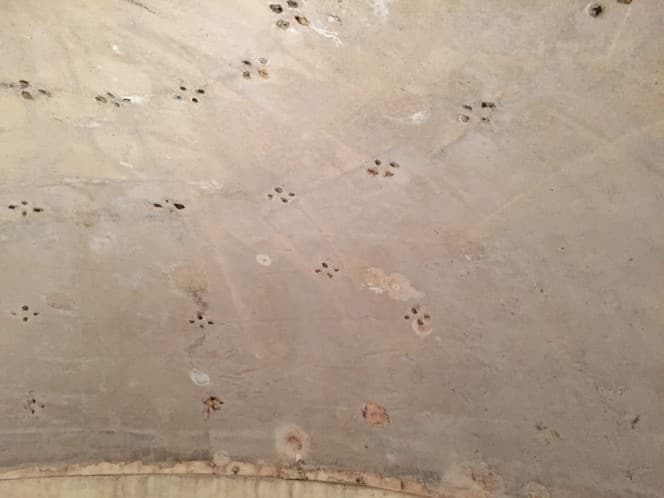 After removing the fiberglass ceiling and flooring the men found themselves with an interior that they could work with. However, they knew this would be a long-term job. 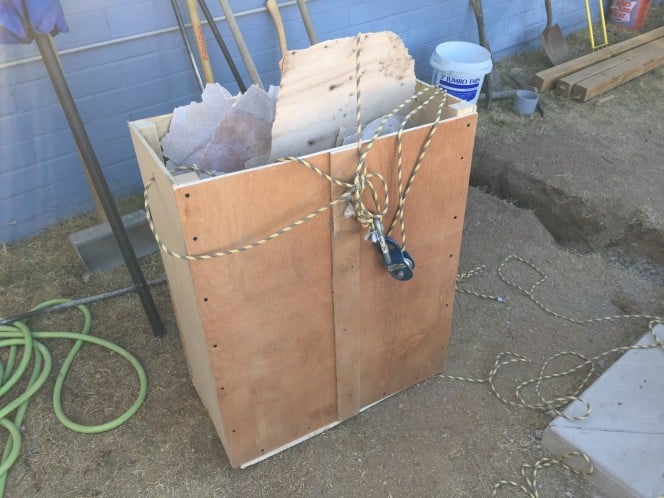 Jon, who bought the house, revealed he could never have imagined he would have found such a treasure in his backyard and is still working on renovating it. While it’s a project that is going to take some time, he looks forward to the day it is officially finished. 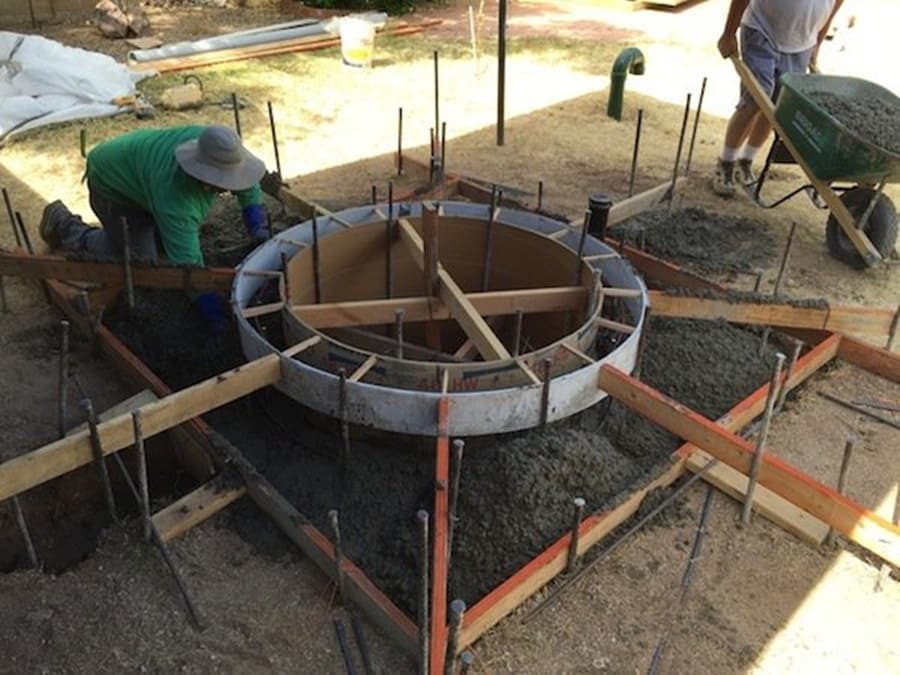 In order for this layer to be utilized and safely used, there was going to need to be some serious work done in regards to stability. Refinishing all the cosmetic essentials is fun and all, but it’s really important that the structure was sound. So, they got to work! 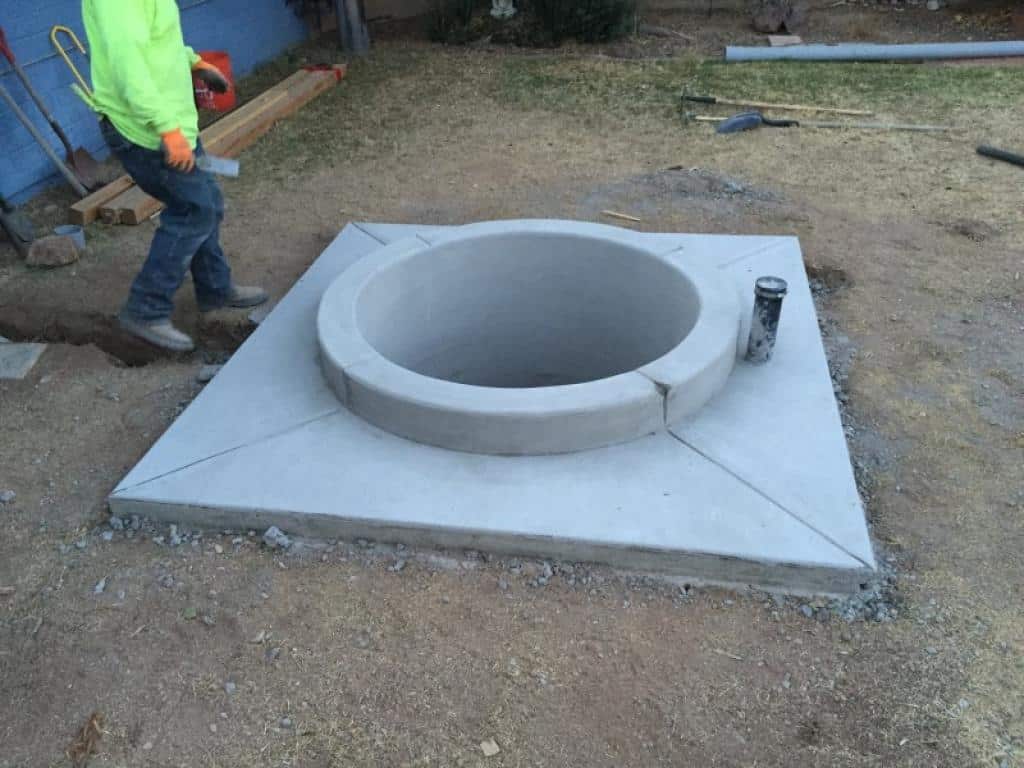 As time goes on, the homeowner and his friends continue to work on the project and have made some more modern additional that not only help stabilize the underground layer but also help elevate the design into the future as well. The new finishings to the entrance make entering and exiting a lot easier. 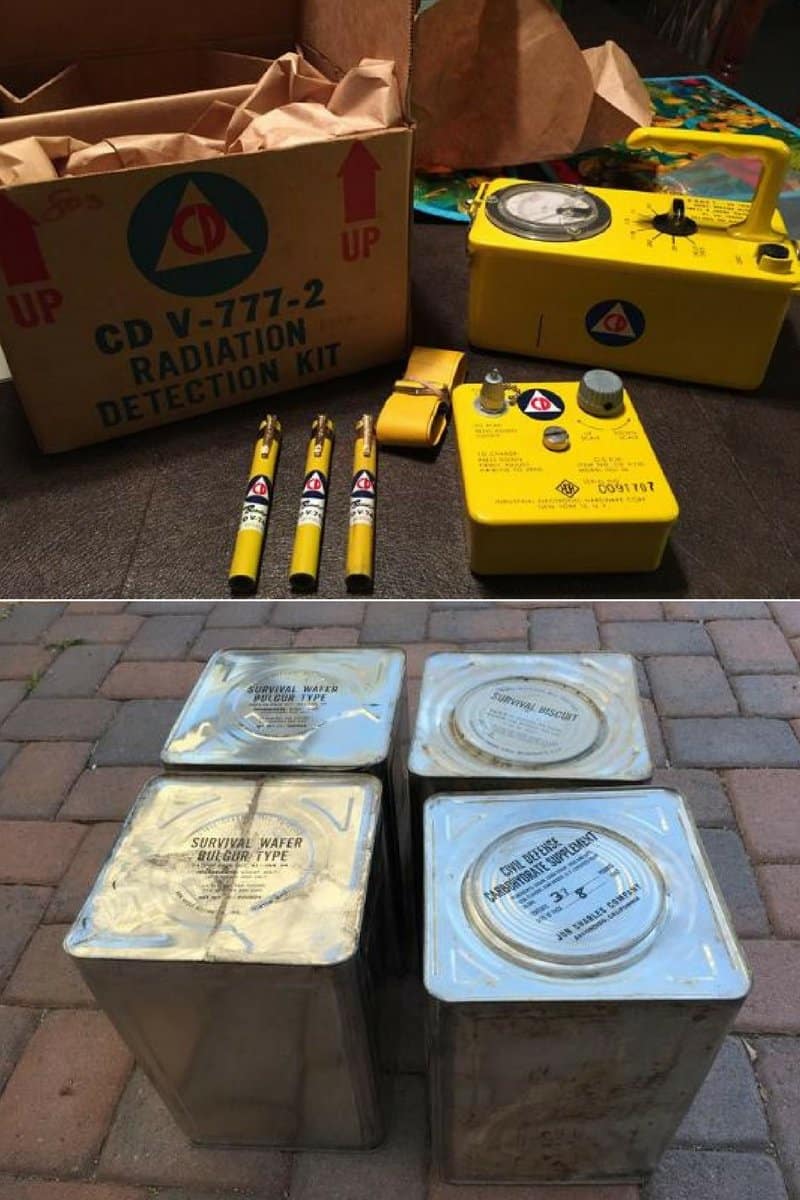 Jon hopes that in the future he will have the bunker fully restored and is currently looking for some period props to make the feeling more authentic to the original decade it was created in. We can’t wait to update you on Jon’s finishing touches!

How to Wash a Sweatshirt Blanket