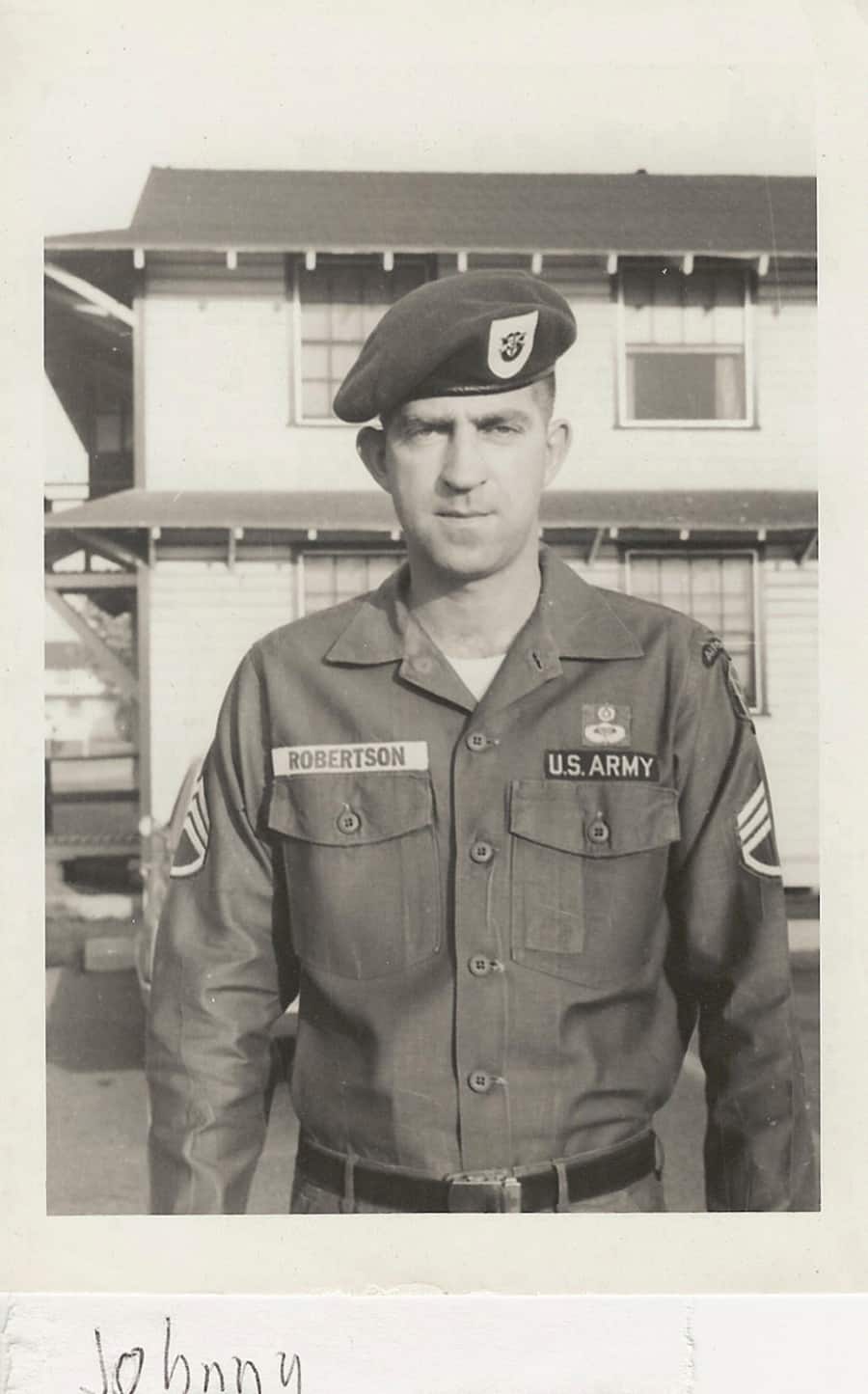 The Vietnam War–or American War–depending on your perspective, was one of the most traumatic conflicts in human history. America was divided as many didn’t support the war but thousands were sent into battle. Many died on the battlefield and some were even captured by the Vietcong and remained prisoners until 1975 when the war ended. After the dust settled there were still missing soldiers, which eventually were presumed dead and lost forever. Army Sgt. 1st Class John Hartley Robertson was one of those missing soldiers, until years later when a man turned up claiming to be the Sergeant himself. However, this story isn’t what it seems–the layers keep unfolding… 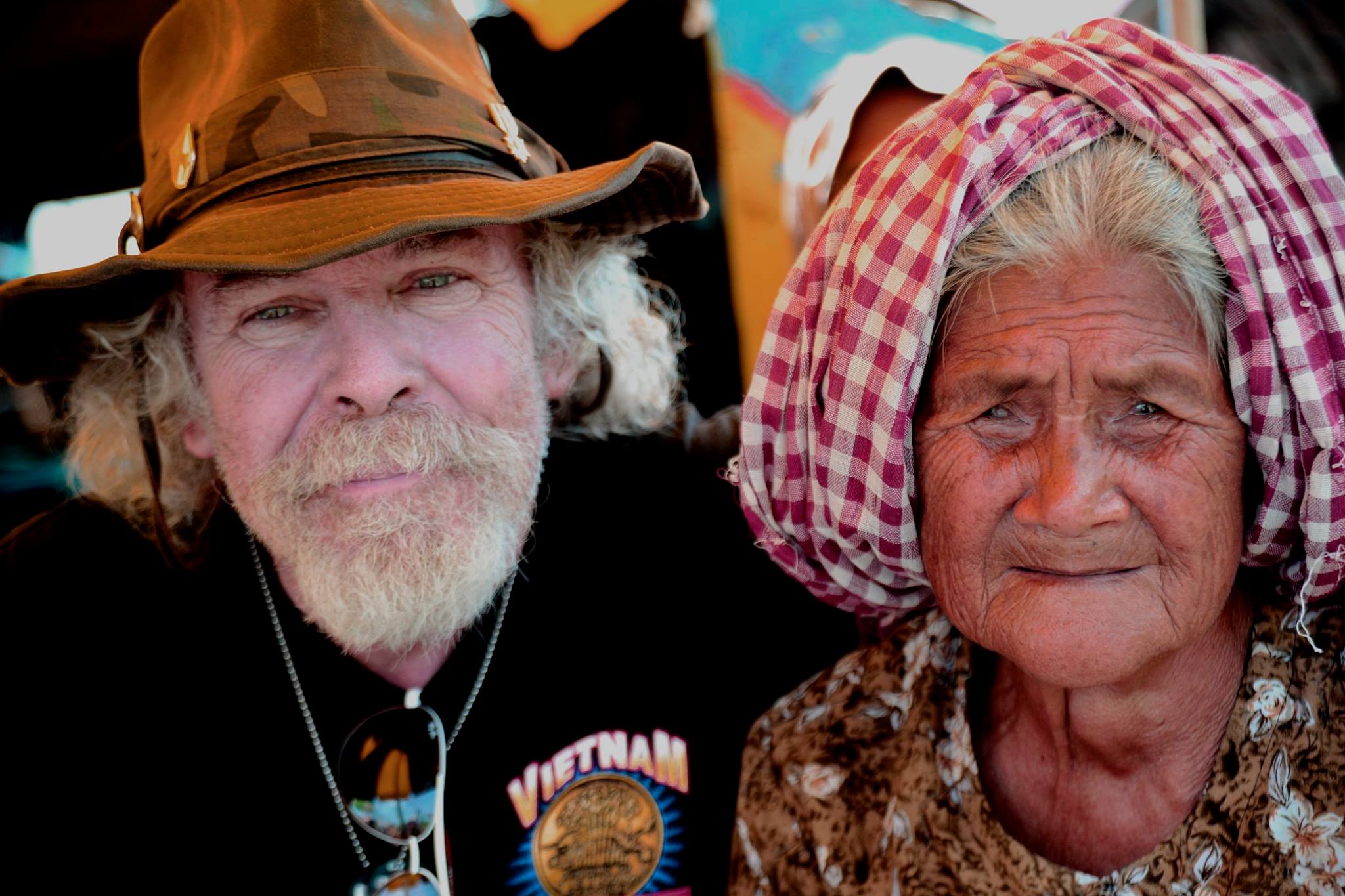 This story begins with a Christian missionary named Tom Faunce, who went to Cambodia to help dig wells in local villages in the Spring of 2008. At the local watering hole Faunce overheard a rumor that there was an American soldier who had survived a helicopter crash in 1968 during the war and was living somewhere in nearby Laos. His mind started racing and he knew he had to figure out more about this fascinating story. 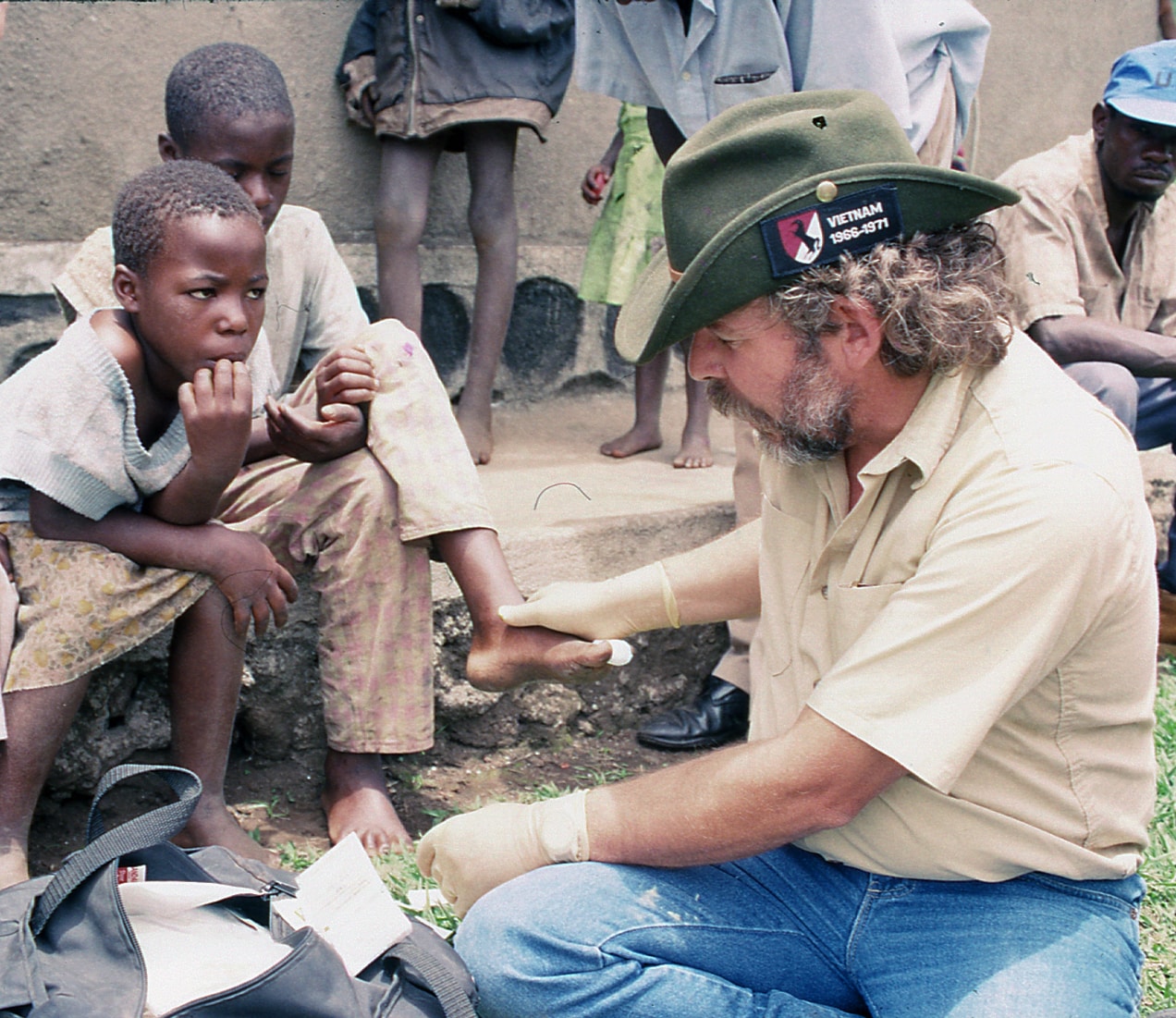 Tom Faunce was no stranger to the military, as he served two tours during the Vietnam War. He was profoundly impacted by the trauma of war due to the death and destruction he witnessed first hand. He was in Cambodia digging wells because after the war ended, he decided to dedicate his life to helping others. He became a devout Christian and began a life of religious mission trips to help people in need. Naturally, when he heard the rumor of an American soldier still living near by he wanted to help in any way he could. 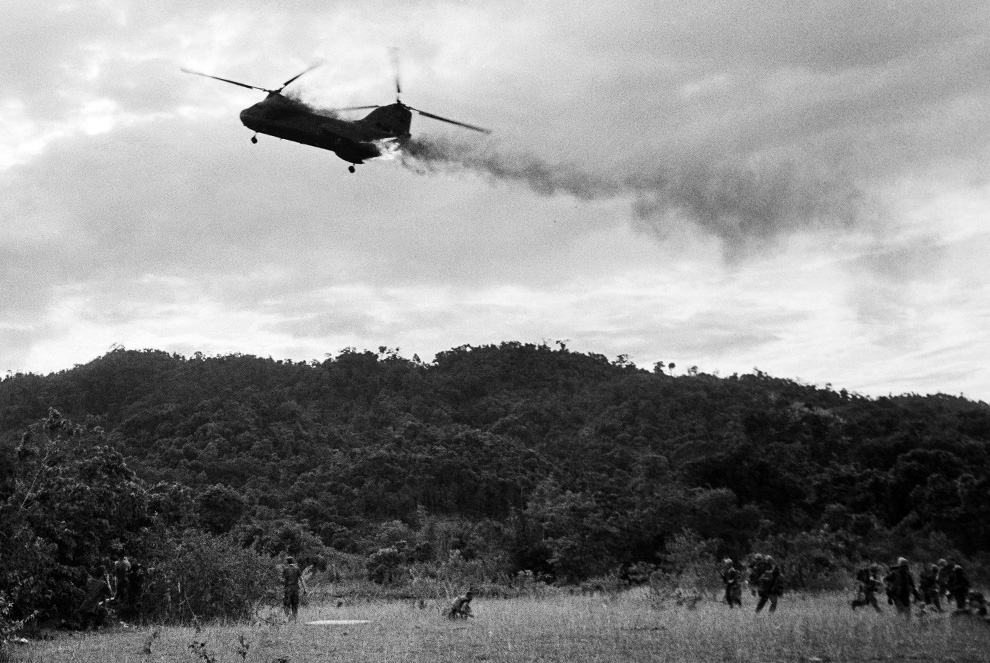 So the tale of the missing soldier goes something like this: Sgt. 1st Class John Hartley Robertson presumably had gotten injured in a helicopter crash. When he was wounded, he met and eventually married the nurse that helped save his life. They met in a North Vietnamese Army prison, where he was kept as a POW. The couple escaped the prison, and Robertson assumed the identity of his wife’s dead husband, Dang Tan Ngoc. With his new ID card, they fled to South Vietnam. 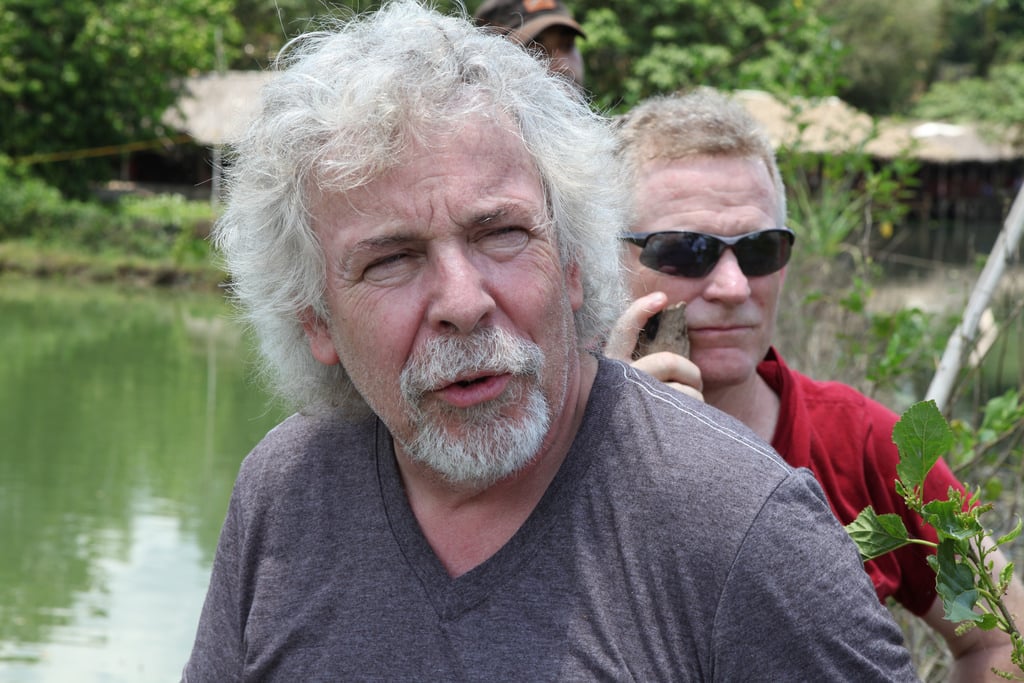 A story like that seems too much like a movie or novel to be true, right? Many people had their doubts because after all, who could survive that entire time under someone else’s identity? But Faunce couldn’t let it go because there was a chance it could be true and if he didn’t help, he wouldn’t feel right about it. Can you imagine all that time living in a foreign land and having to forget everything you’ve ever known in order to adopt a new life? He knew in order to get to the truth and to help this man he was going to have to investigate further… 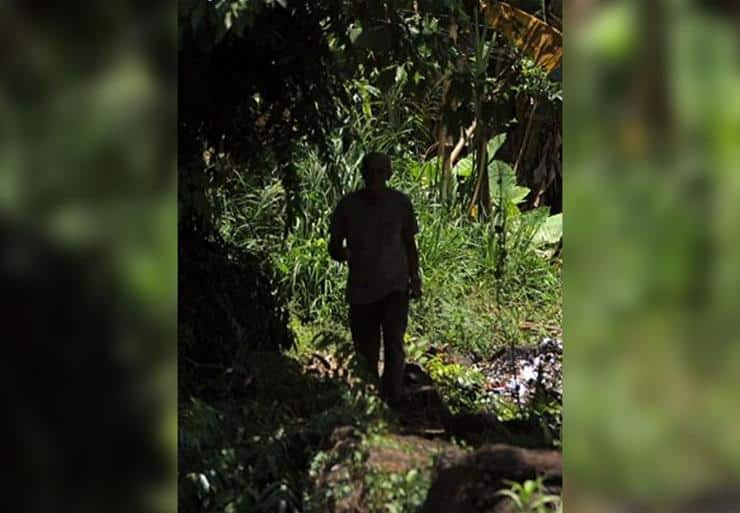 First order of business, the two had to meet. Faunce traveled to Robertson’s house where he met a thin and wise looking man, around six feet tall. Apparently, Robertson was glad to see him, but his wife wasn’t so thrilled. She couldn’t understand why these strange American men were in her home trying to talk to her husband. She kept yelling at them in Vietnamese, defending her husband against any threat. You could say tensions were high in the beginning… 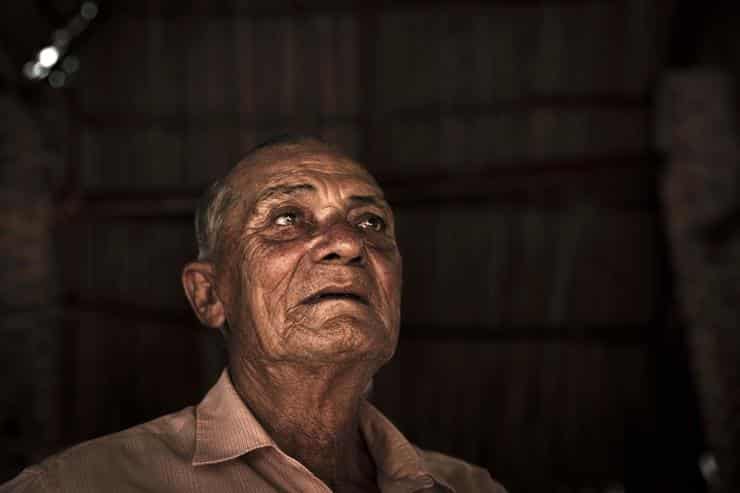 Robertson understood his wife of course, as she screamed out, “He’s not American! He’s Vietnamese!”. Realizing there was no threat, they only wanted to talk, Robertson escorted his wife to another room so that he could calm her down and explain. When the couple returned she insisted she was only fearful that her family would suffer due to her aiding his prison break. They all began to converse, and reminisce in old military tales and war time stories. 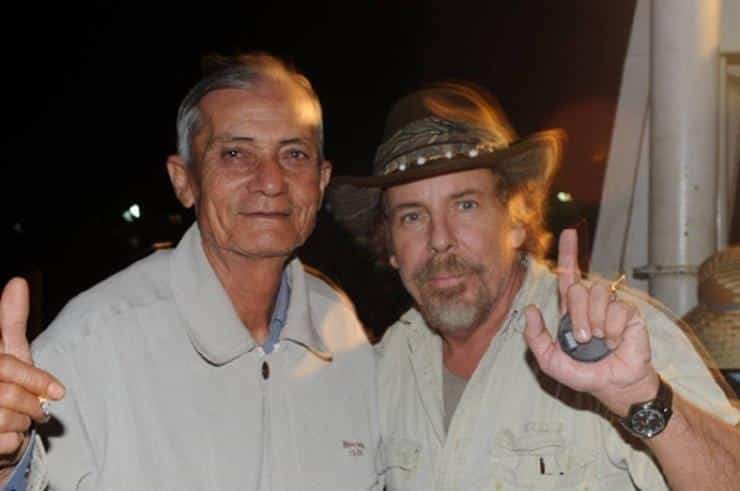 Robertson had been in the military most of his life, enlisting right after high school and eager to serve his country. He quickly became apart of the Green Berets and spent his time training to be the best paratrooper he could be. During the mid 1960’s he was sent to North Vietnam to help on the front lines and apparently, it wasn’t just any ordinary mission. He was a part of the CIA and it was TOP SECRET. The layers to this story just keep on coming… 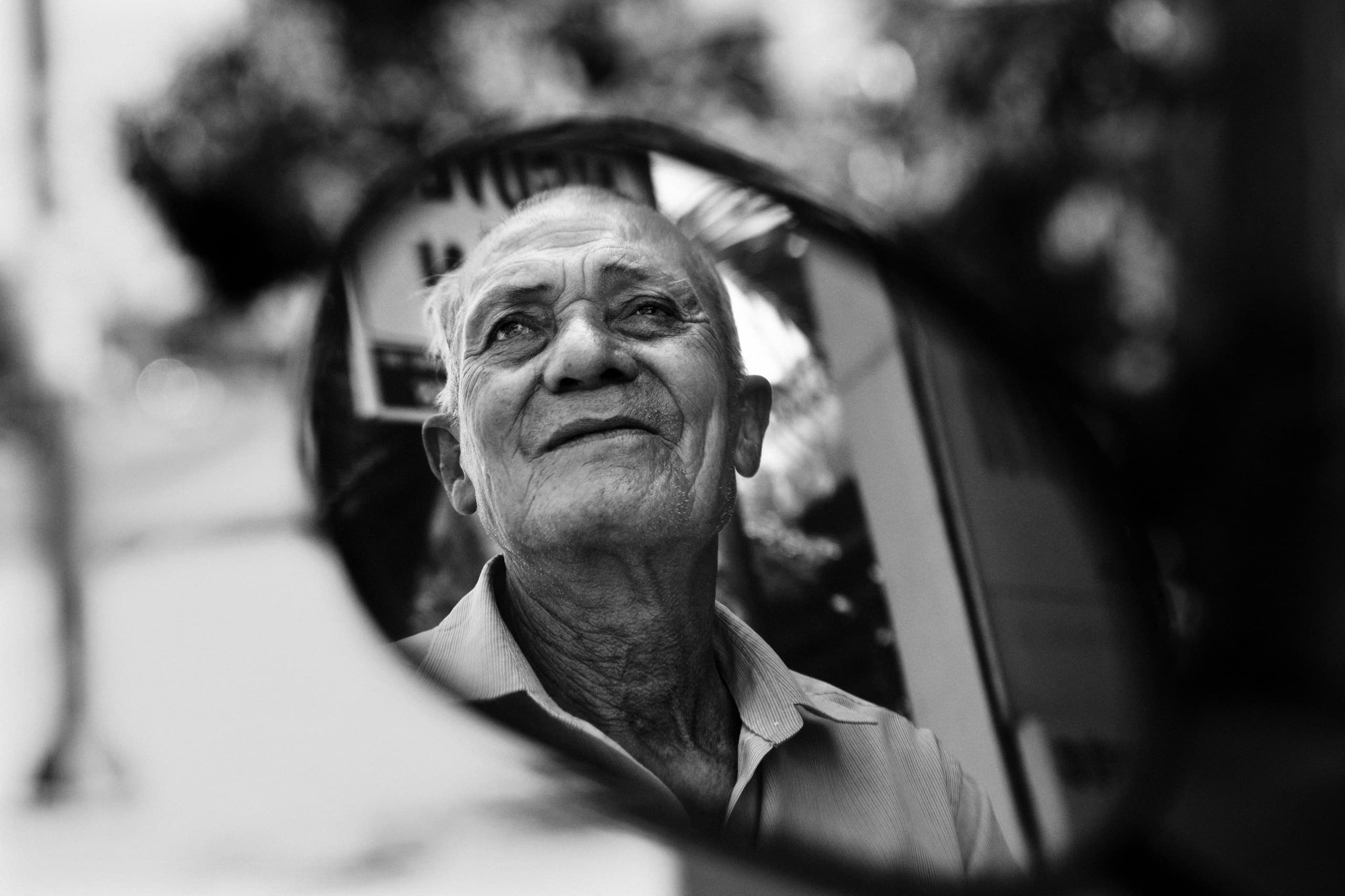 Apparently, Robertson was a leader and an amazing soldier in every mission he was given. He gave his all to serve his country and on one mission his helicopter went down over the Southern Vietnamese jungle after a surprise attack from the enemy on the ground. The chopper was going down and going down fast as most of his men were being ripped out from the force of the crash but somehow, Robertson was stuck inside… 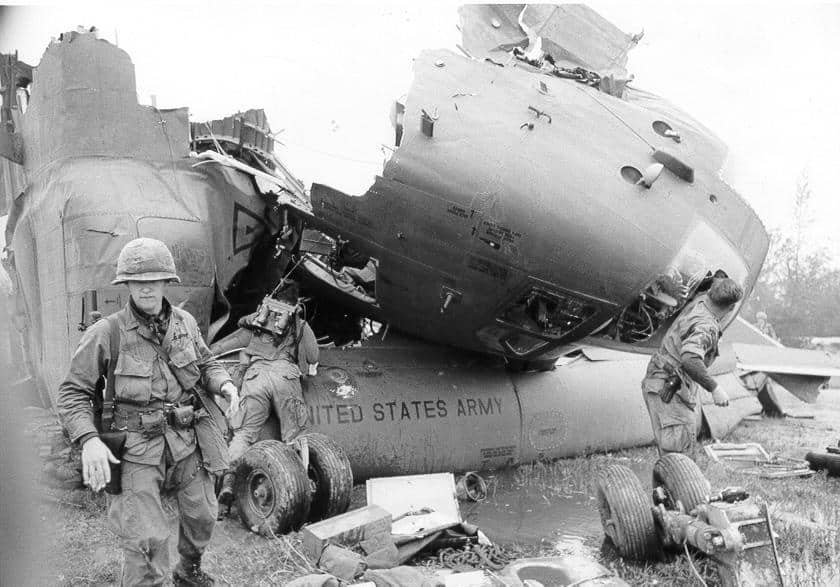 Everyone else was dead except Robertson who was recovered inside the demolished chopper badly injured by the enemy. He was then taken to the prison, which is where he met his wife who has been by his side ever since. After they escaped, they settled in a nearby village in Laos and became farmers. For nearly 40 years these two lived together, hiding their secret. 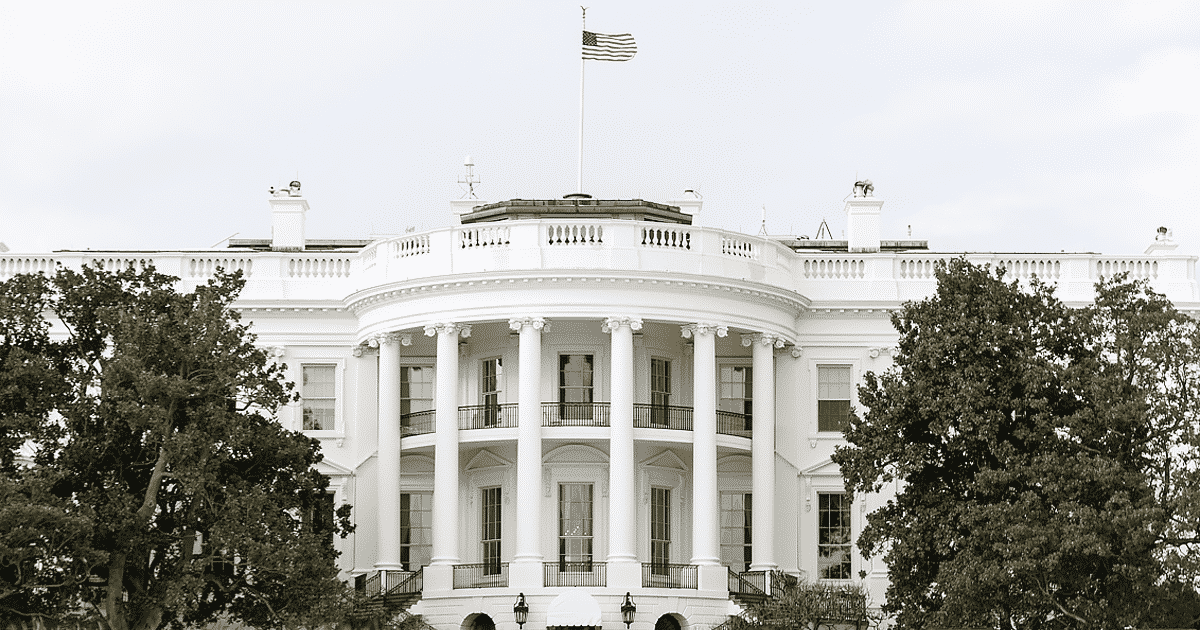 Obviously after that long living as someone else, Robertson was curious about his family and wanted to know what happened to them. Faunce, however, didn’t have the answers that both of them wanted so bad, so he suggested they go to the US Embassy together and try to establish Robertson’s identity. The first step was to finger print him, and it was a long, nerve-racking ride to get it done . 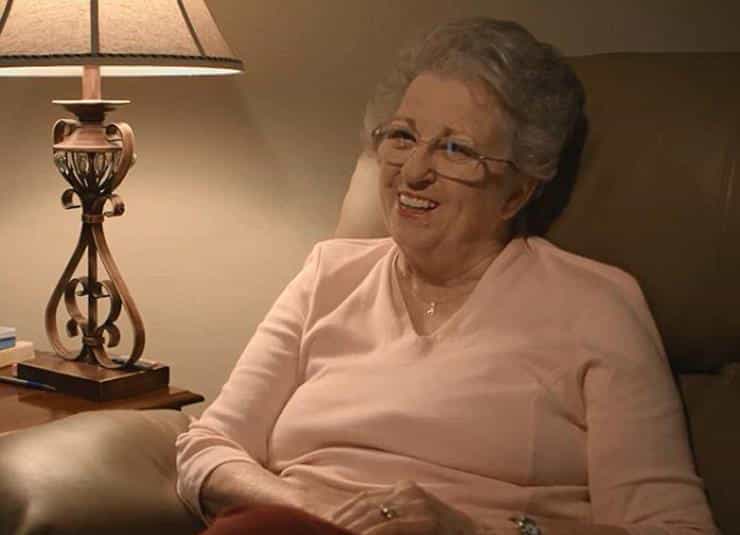 A couple years later, Emma award winning director Michael Jorgensen heard the incredible story and sent Hugh Tranh to retrieve Robertson in hopes to reunite him with his family, who was in Alberta, Canada. After all, Robertson had left two children and many family members behind. However, the reunion was a bit rocky, as Robertson primarily spoke Vietnamese now and had long forgotten about is previous life. It turns out this story was about to make one compelling documentary… 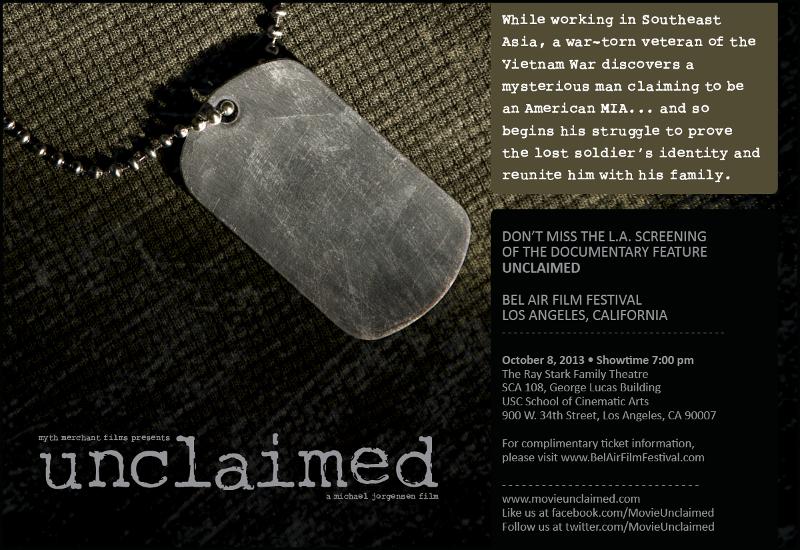 The documentary was made, and Robertson told the traumatic story of his crash, torture, and survival. He reveled that he was tortured in a bamboo cage for almost a year in the middle of the jungle before he was taken to hospital. He could recall graphic images in great detail, yet couldn’t speak English anymore or even remember his children’s names. It was almost as if living for so long as someone else, made him forget who he was… 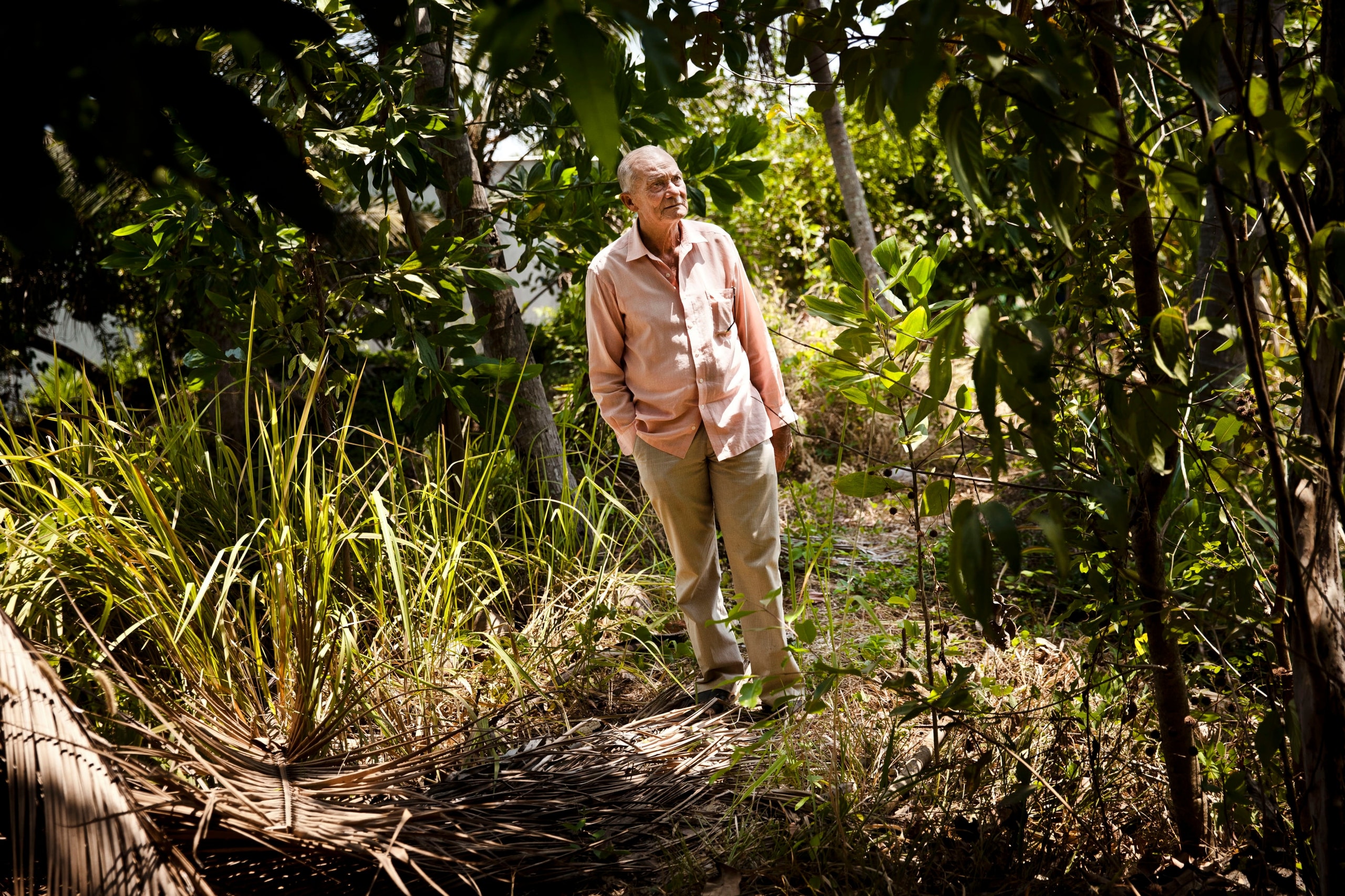 When the entire family was reunited they embraced in tears of joy and used the help of a translator to avoid communication barriers.  His sister Jean, her husband, and her daughter all came together on December 17th, 2012 and reunited with their long lost family member. However, it became clear rather quickly that the many they once knew, was no longer really there. This man had been changed by what he had been through and it was tough for everyone to wrap their heads around.

6. Is He Really Robertson? 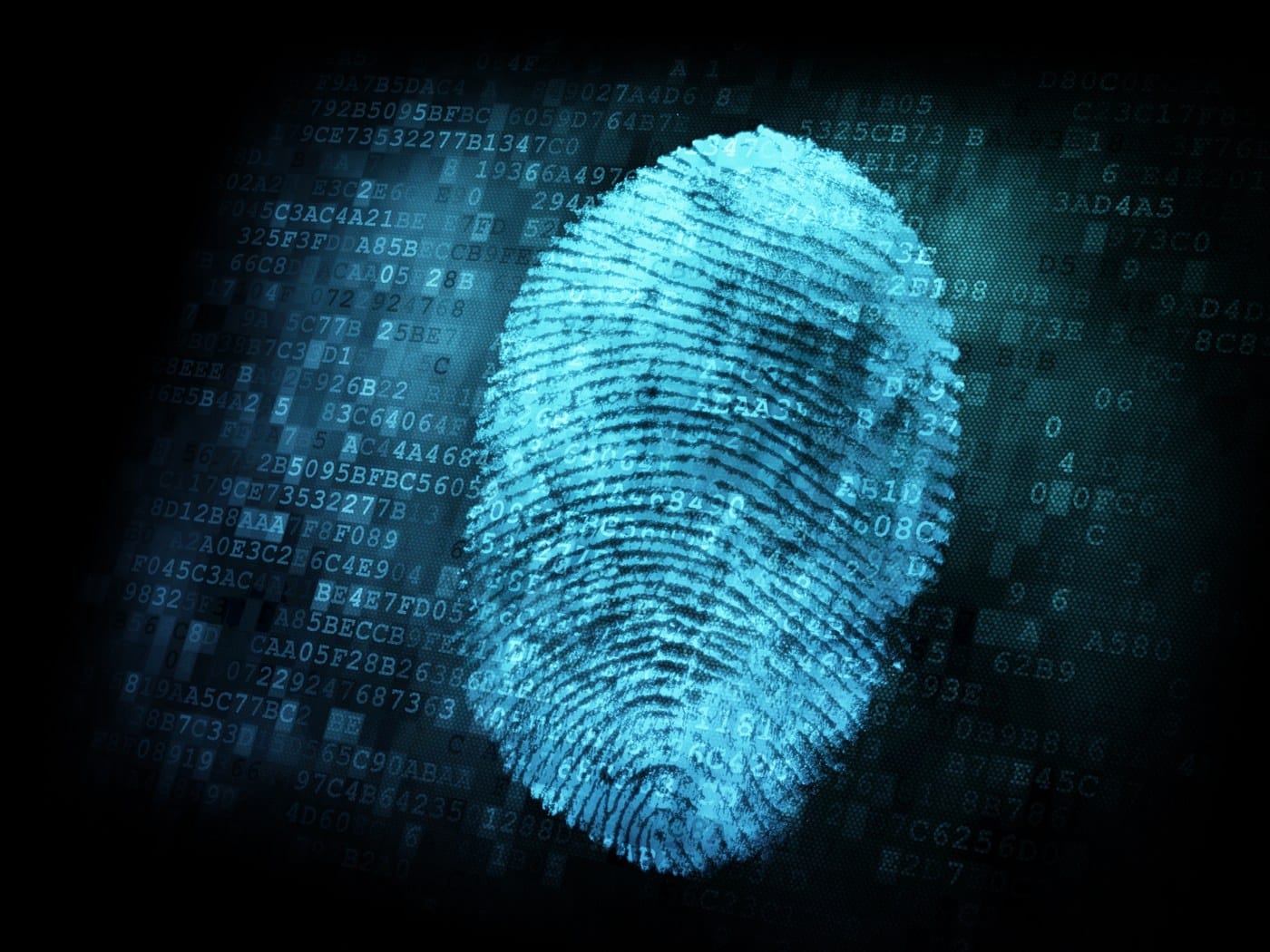 There had always been an air of suspicion regarding Robertson’s identity, and when the finger prints didn’t exactly match, more questions started to circulate. Why would someone lie about who they are if they know that, eventually, they were going to be caught? After all this time, why would he go through all of this trouble? Everyone started circulating different theories, believing him to be another lost soldier or perhaps an impostor of sorts… 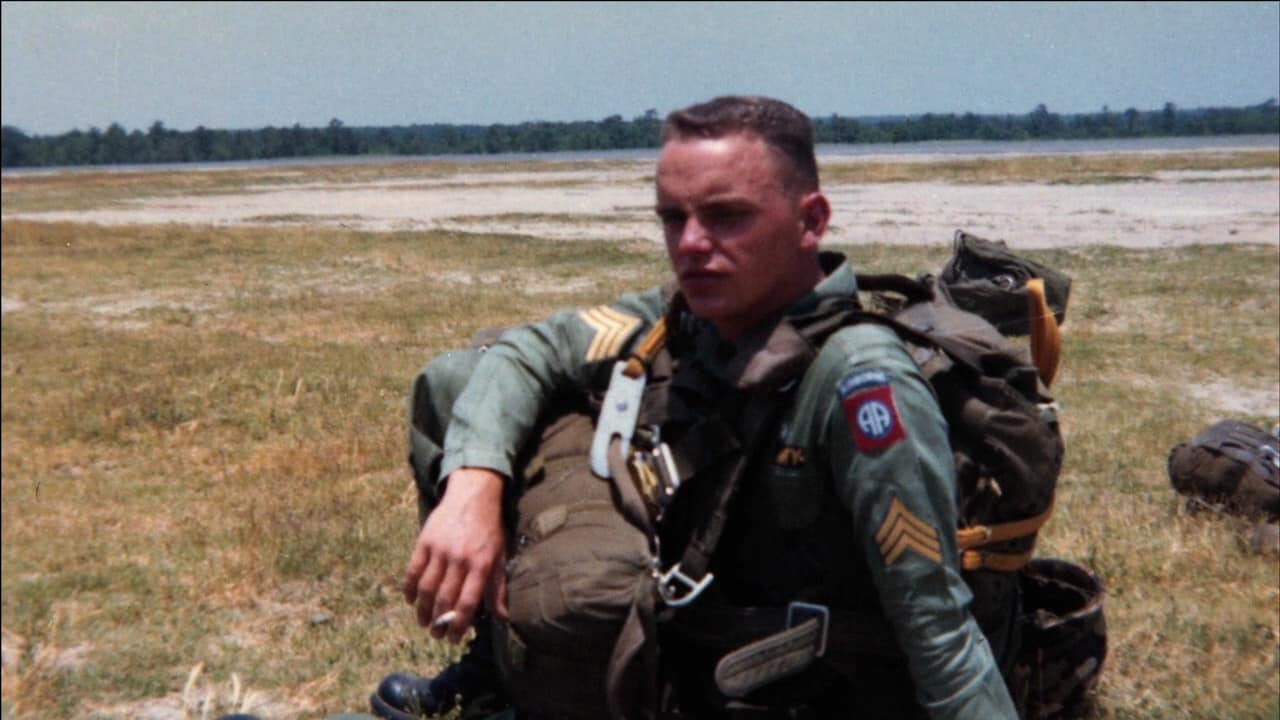 Although the finger prints were iffy, Jorgensen and Faunce thought another test could help them determine if he truly was Robertson or not. They decided to reunite him with an old Green Beret buddy named Mahoney. They got in contact with him and he jumped at the opportunity to see his old friend. 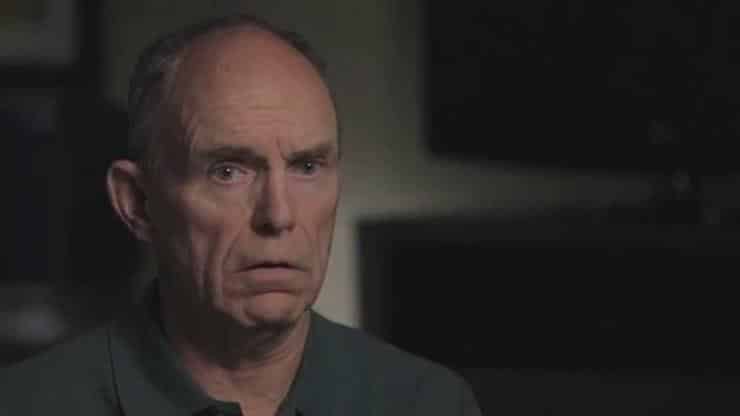 When the two “old friends” linked up, it was filmed by Jorgensen at a restaurant in Vietnam. The two embraced–sort of–and began to chat via translator. It was becoming more clear that Robertson truly didn’t recognize him and he didn’t remember much about his previous life. Everyone was starting to doubt that this was the missing soldier John Robertson. 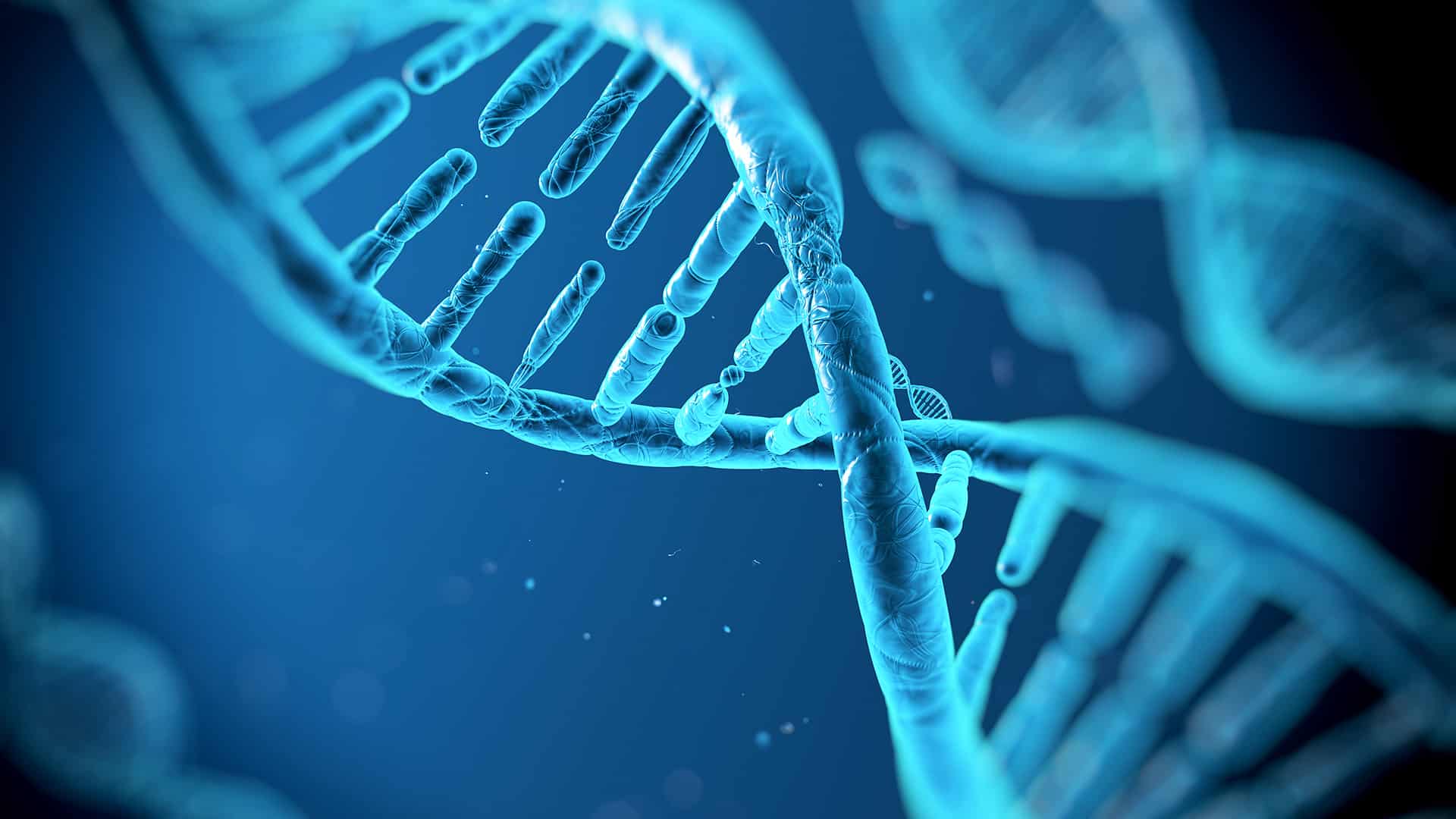 It was time to get to the bottom of this mystery so it was decided that it was time for a DNA test. It was the only way everyone could be sure this man was who he said he was. Robertson’s family needed closure and Jorgensen needed to find the truth for his documentary. After 40 years it was finally time to figure out if John Hartley Robertson had survived the crash… 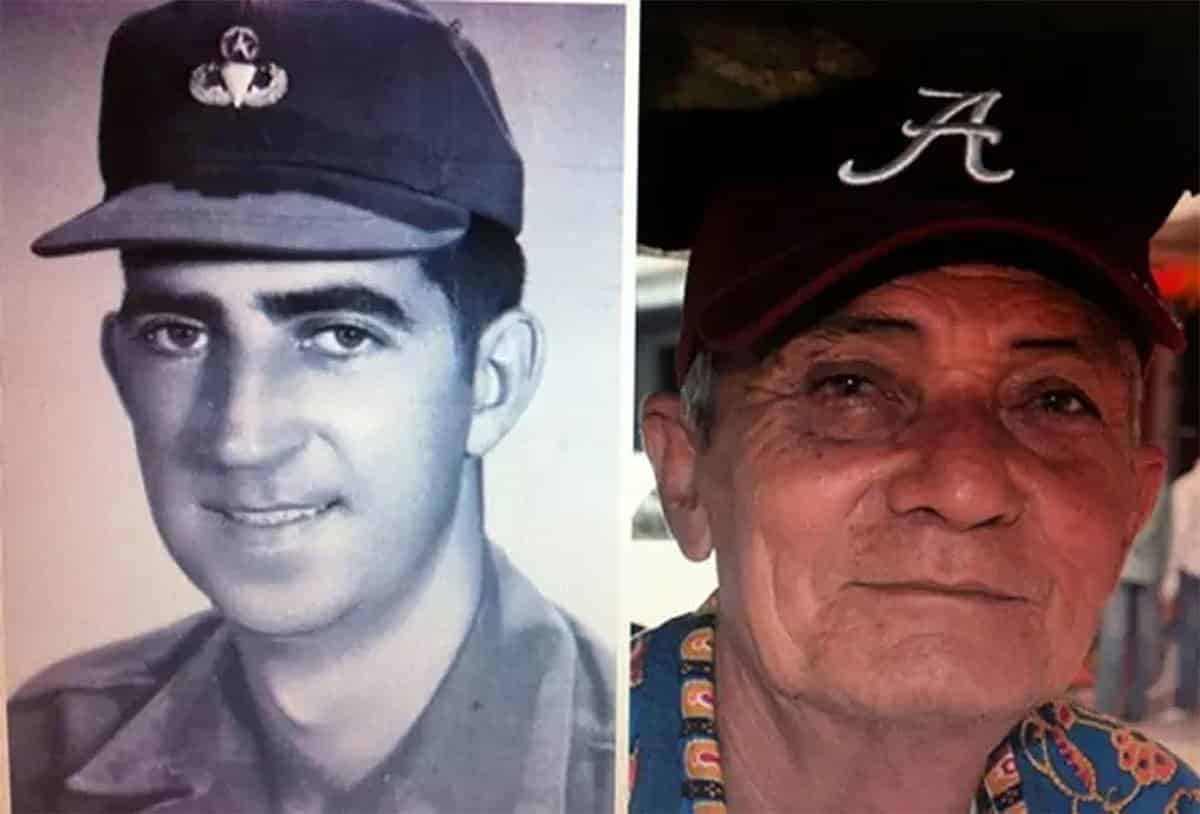 After everything that had gone down between 2008 and 2012, all the stories and memories shared, the DNA results revealed that this man was NOT John Hartley Robertson. The DNA didn’t match and it was a complete shock to everyone involved. If he’s not Robertson, than who is he? 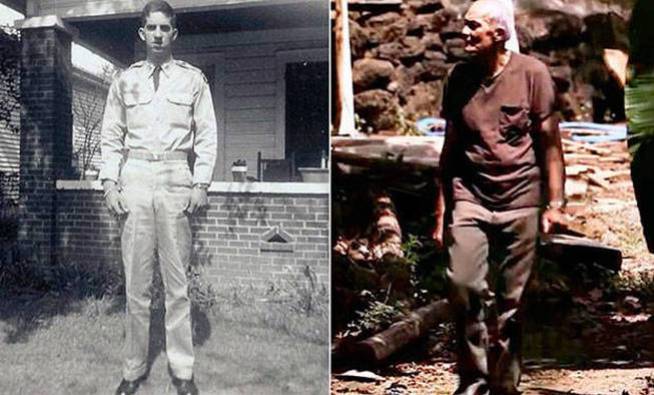 The sad truth is, no one really knows who this impostor is or why he decided to lie to so many people about his identity. Perhaps he is an old man with memory problems or someone who got carried away with the fantasy, we may never know. The only thing we do know is that the real Robertson died that day.