You Won’t Believe How These Dogs Ended Up 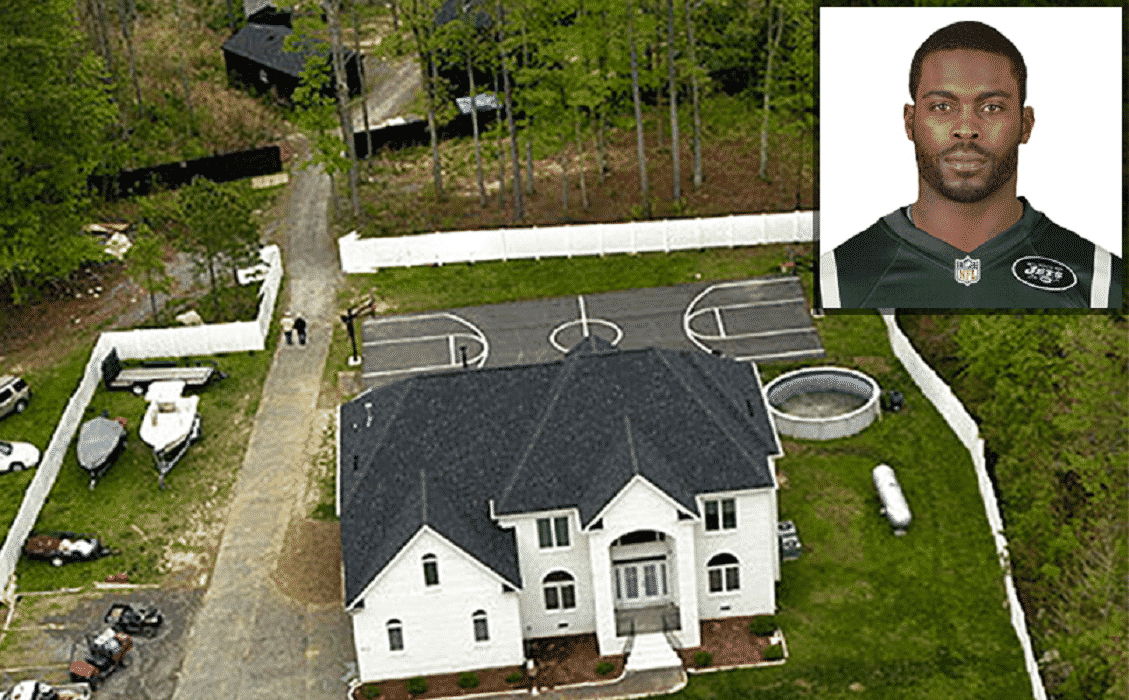 The horrors of dog fighting made national news when NFL quarterback Michael Vick and three of his associates were found operating an illegal dog fighting ring called “Bad Newz Kennels”. How is it that someone in the spotlight, such as Michael Vick, is able to hide his illegal activities away for so long?

As seen in #10, we wish all tragic stories could end with a happy ending.. To make our case, just wait until #4 which is one of the cutest and happiest dogs you’ll ever see! 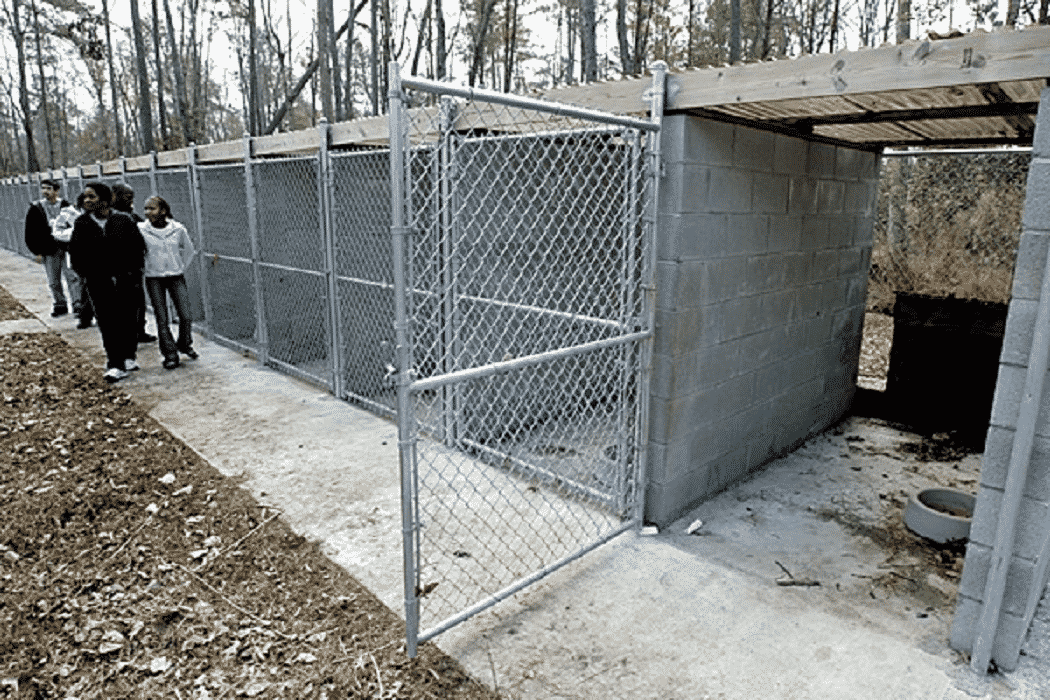 While Vick was starting an NFL career, he was also putting the pieces together for his illegal dog fighting ring on his property in Virginia. Vick went to great lengths to set this inhumane operation up.. 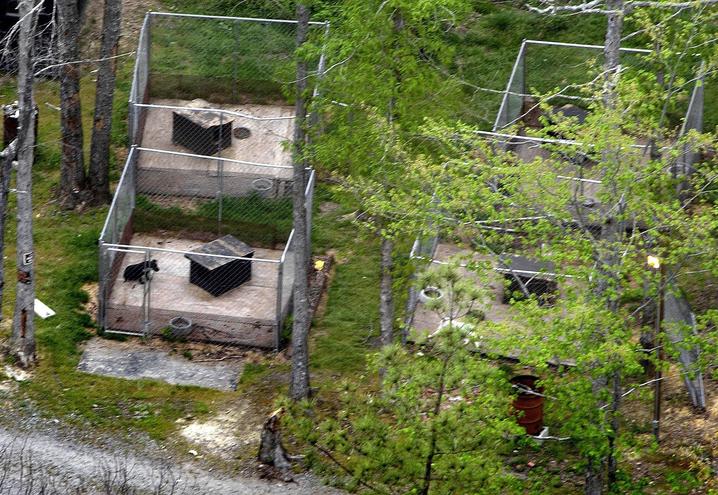 Vick became a licensed dog breeder and his associates installed fencing to hide their illegal operation.  They also installed areas to keep the dogs separated from one another. You won’t believe how many dogs he had caged at his illegal kennel!

17. Vick Flew Under the Radar For So Long 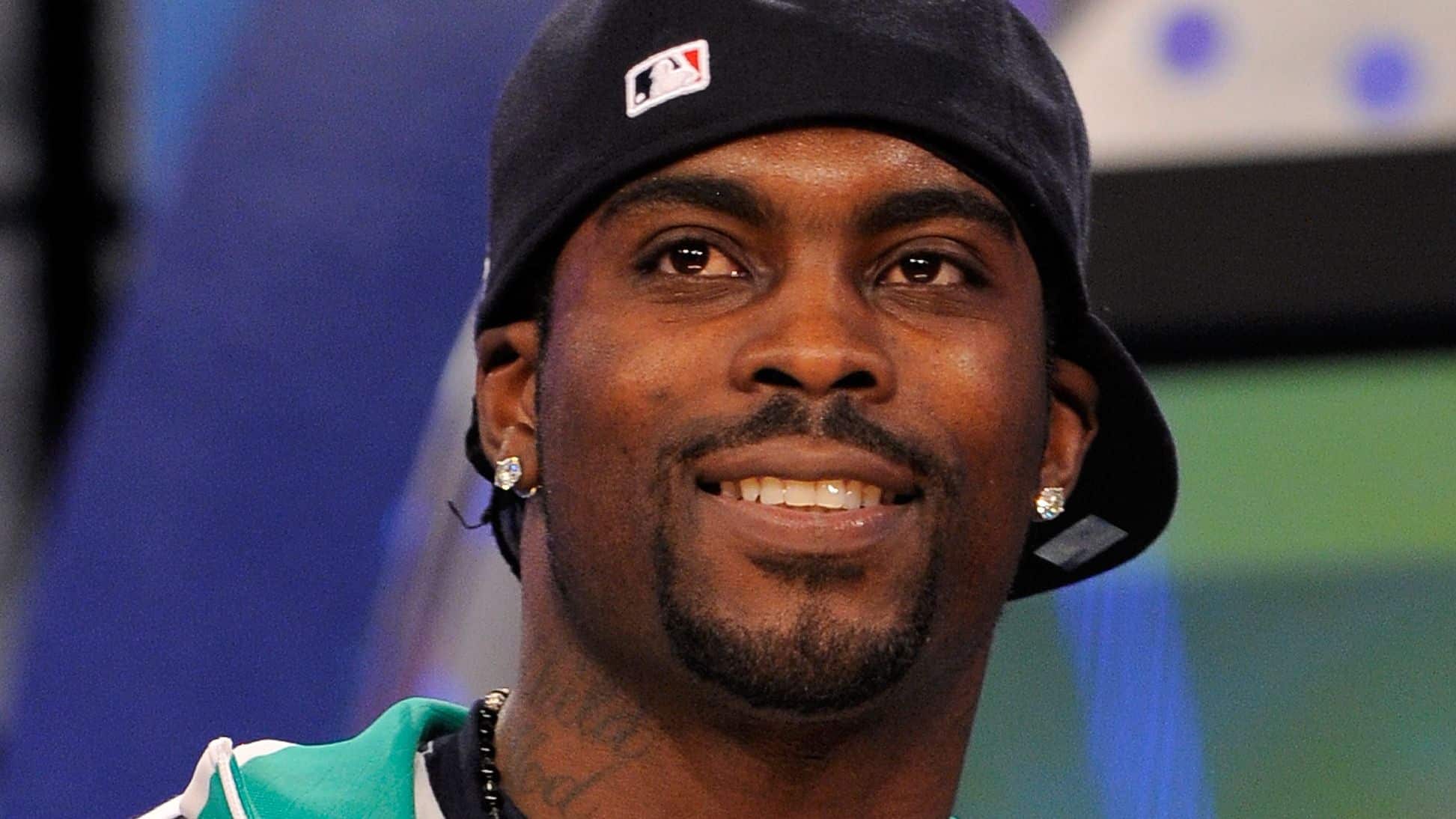 The “Bad Newz Kennels” housed and trained up to 50 Pit Bull dogs.  Illegal dog fights were staged on the property undetected by law enforcement.

Sadly, there are many more operations like this taking place in the US that are undetected. It will break your heart to know what he did to the dogs that didn’t perform well. 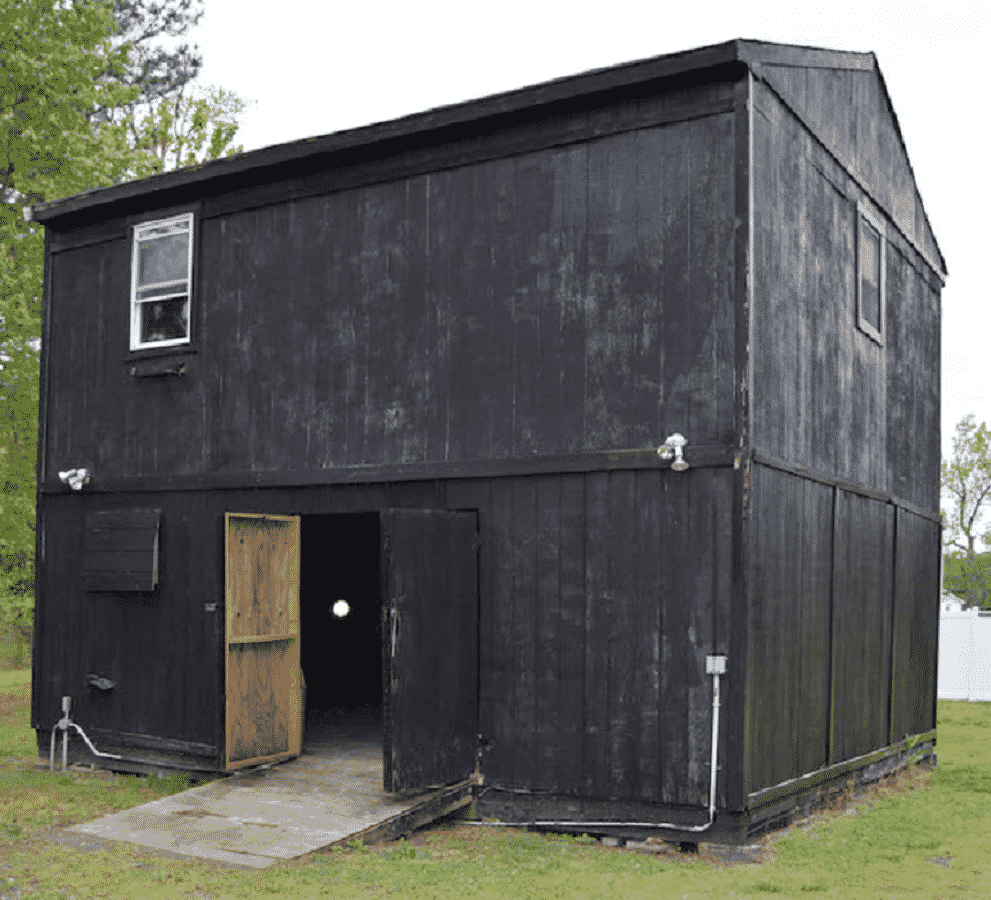 The authorities discovered that the dogs who did not perform well in the fight were brutally killed in this shed on Vick’s property.  As for the surviving dogs, their lives have turned around and you’ll never believe where they are now. But how did the police eventually get wind of Vick’s operation? 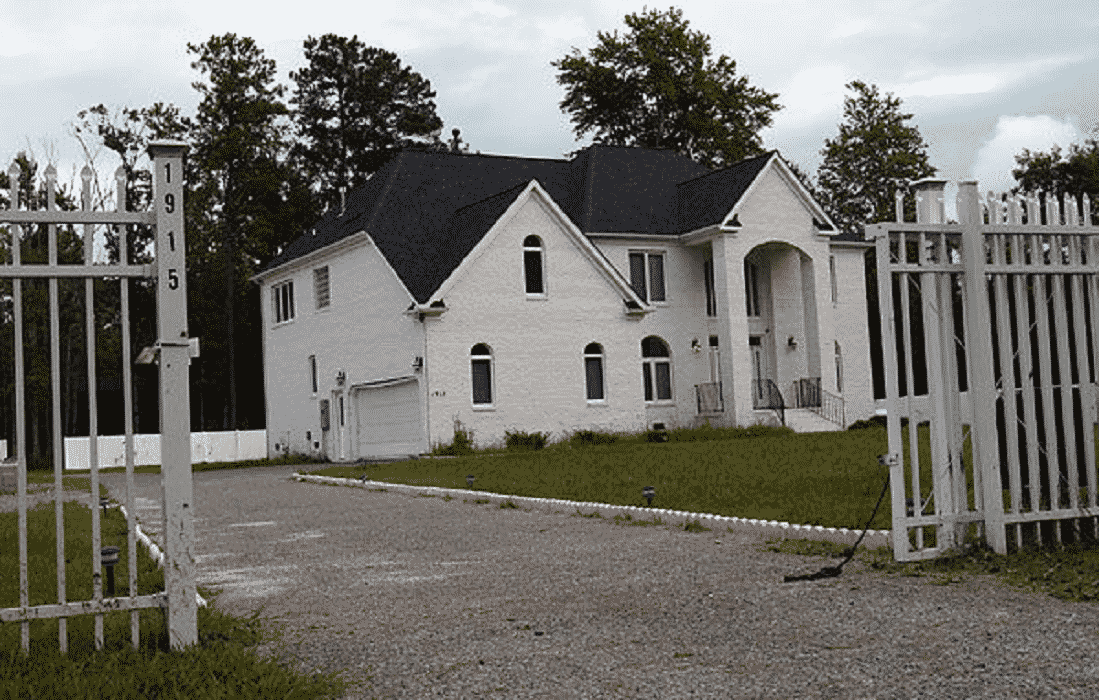 Michael Vick’s cousin, Davon Boddie was arrested on other charges.  Boddie gave authorities Vick’s address as his home address.  While the police were searching the property, they came across some very suspicious evidence of another crime taking place on the property:

The police located a blood-stained dog fighting pit, a break stick used to open a fighting dogs mouth, performance-enhancing substances, paperwork related to dog fighting and other incriminating evidence.  A second search warrant was granted for the newly discovered crime and Michael Vick was facing interrogation by the authorities. His statement given was this…

13. Vick’s Response to the Authorities 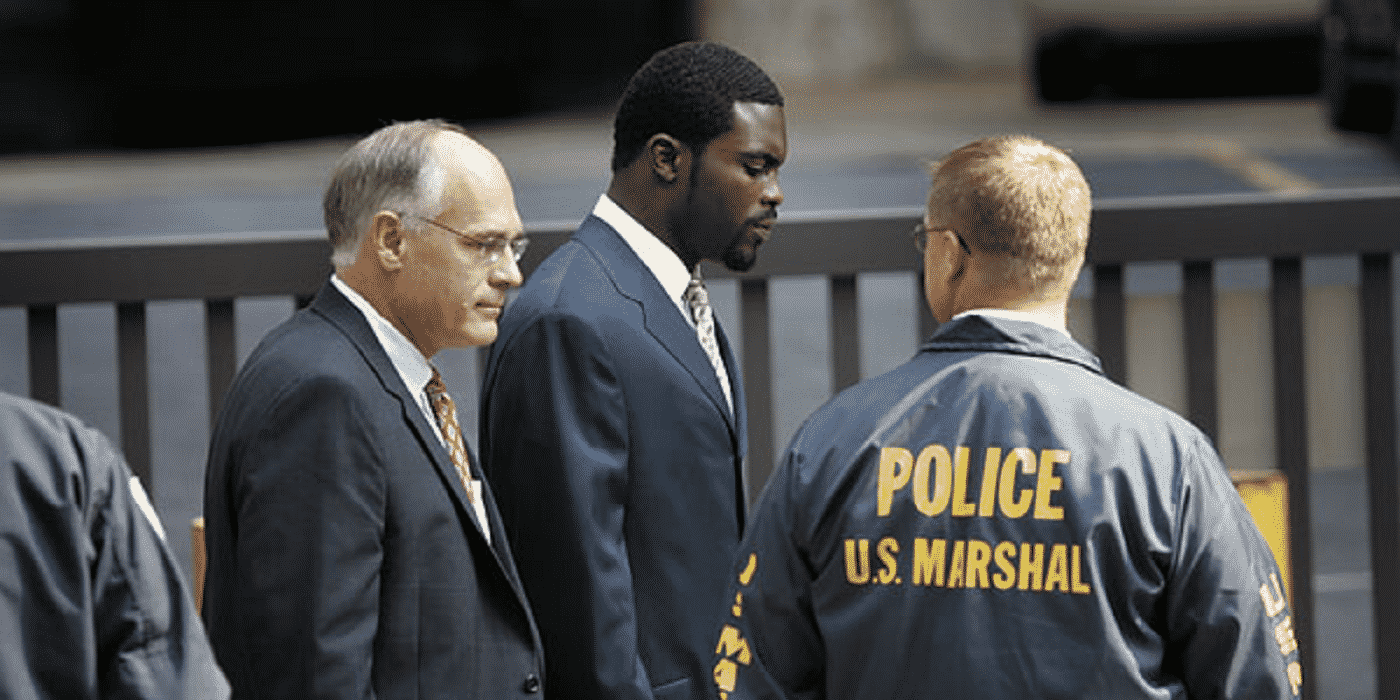 Michael Vick initially denied involvement in the illegal activity, blaming other family members who lived on the property.  He stated he never visited his Virginia home. This is when the authorities brought in the Department of Agriculture Investigation a full investigation of the property. What they found will truly shock you. 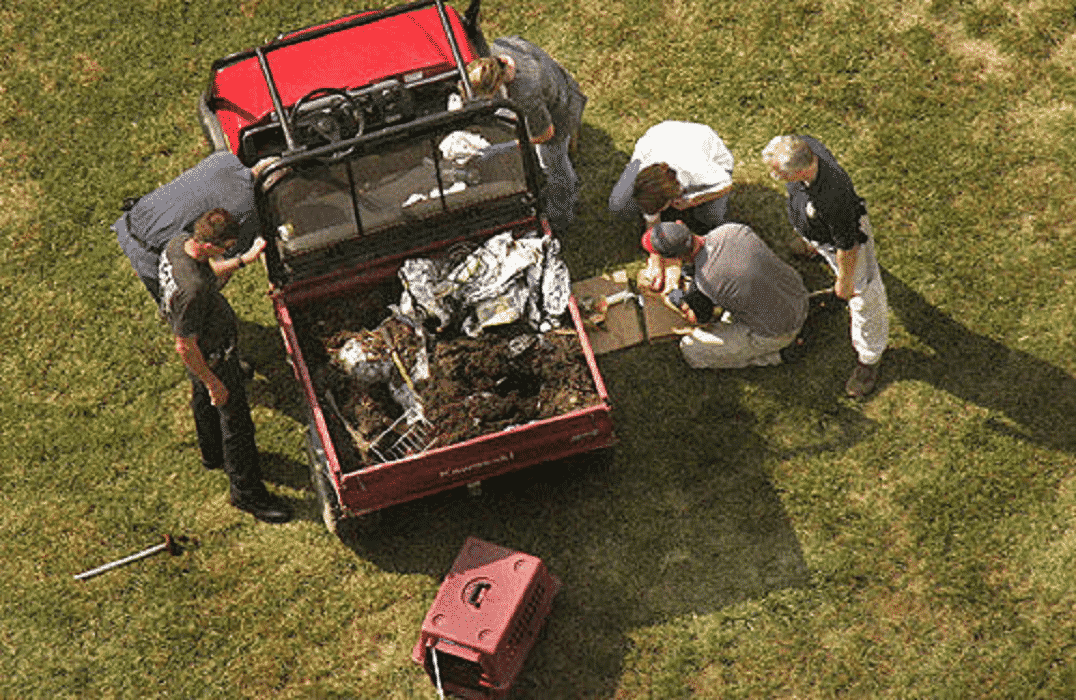 The Department of Agriculture joined the investigation and located the remains of several dogs buried on the property.  All the animals had been brutally murdered. The authorities were coming down hard on Vick now which left him no choice.

12. Vick Will Never Touch Another Dog 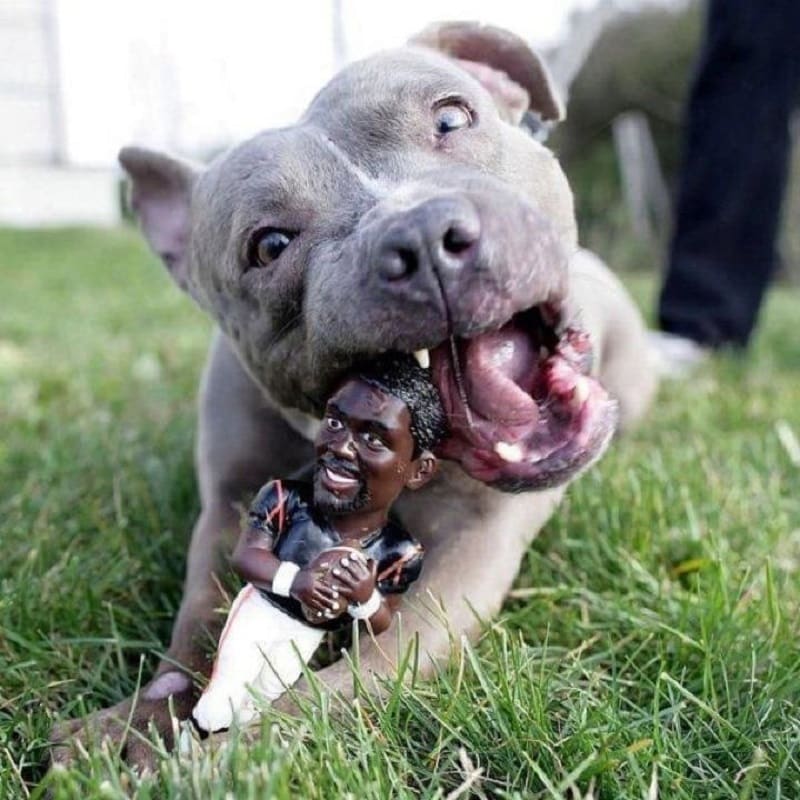 Because of the severity of the animal abuse, Michael Vick served 18 months in prison and was suspended by the NFL indefinitely.  He was also confined to home arrest and was placed on 3 years supervised probation. The dogs on the other hand were freed from their cages. 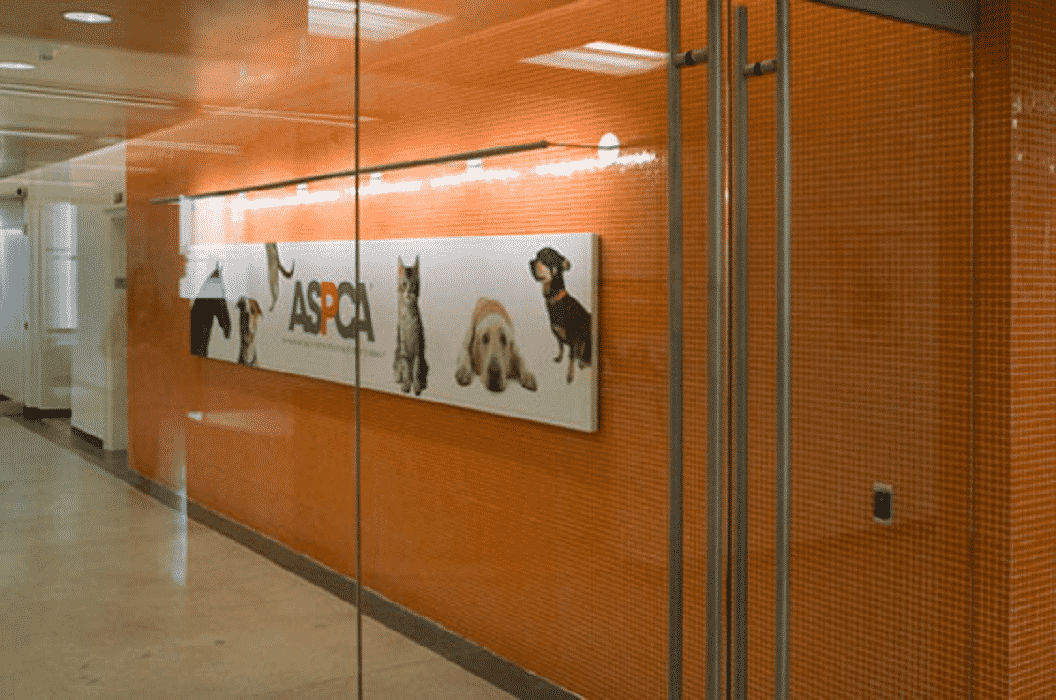 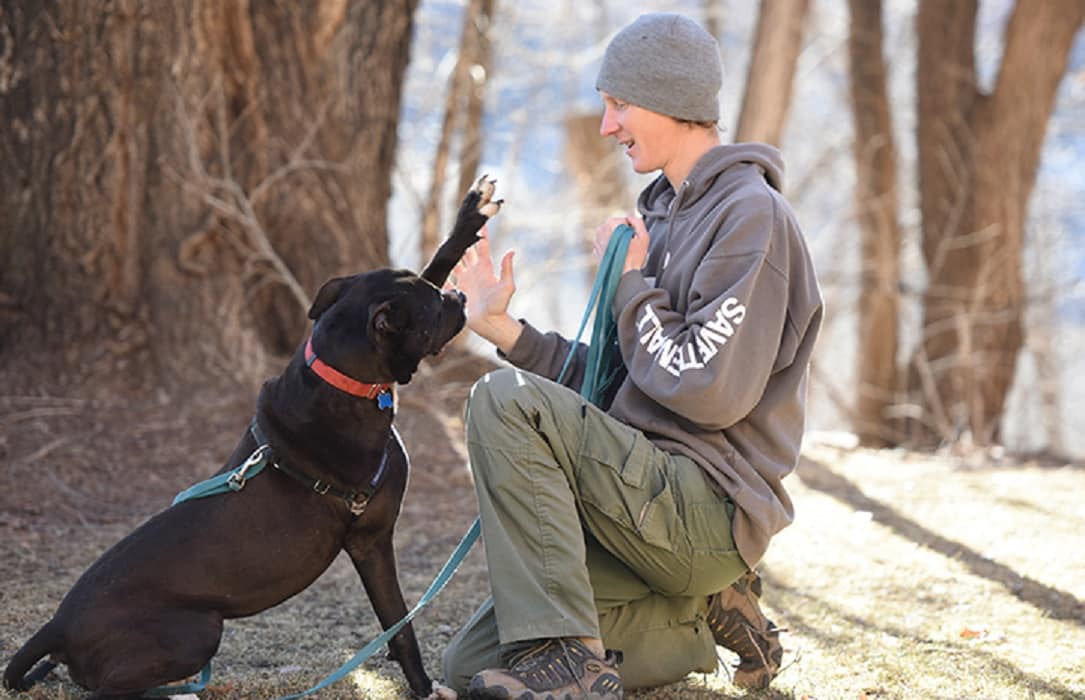 The American Society for the Prevention of Cruelty to Animals (ASPCA) took custody and analyzed 49 of the seized animals and then recommended what their fate would be. Only one was euthanized because it was deemed too aggressive.

After the dogs were rescued and Vick was sentenced to jail time, his property was placed on auction. The highest bidder will blow your mind! 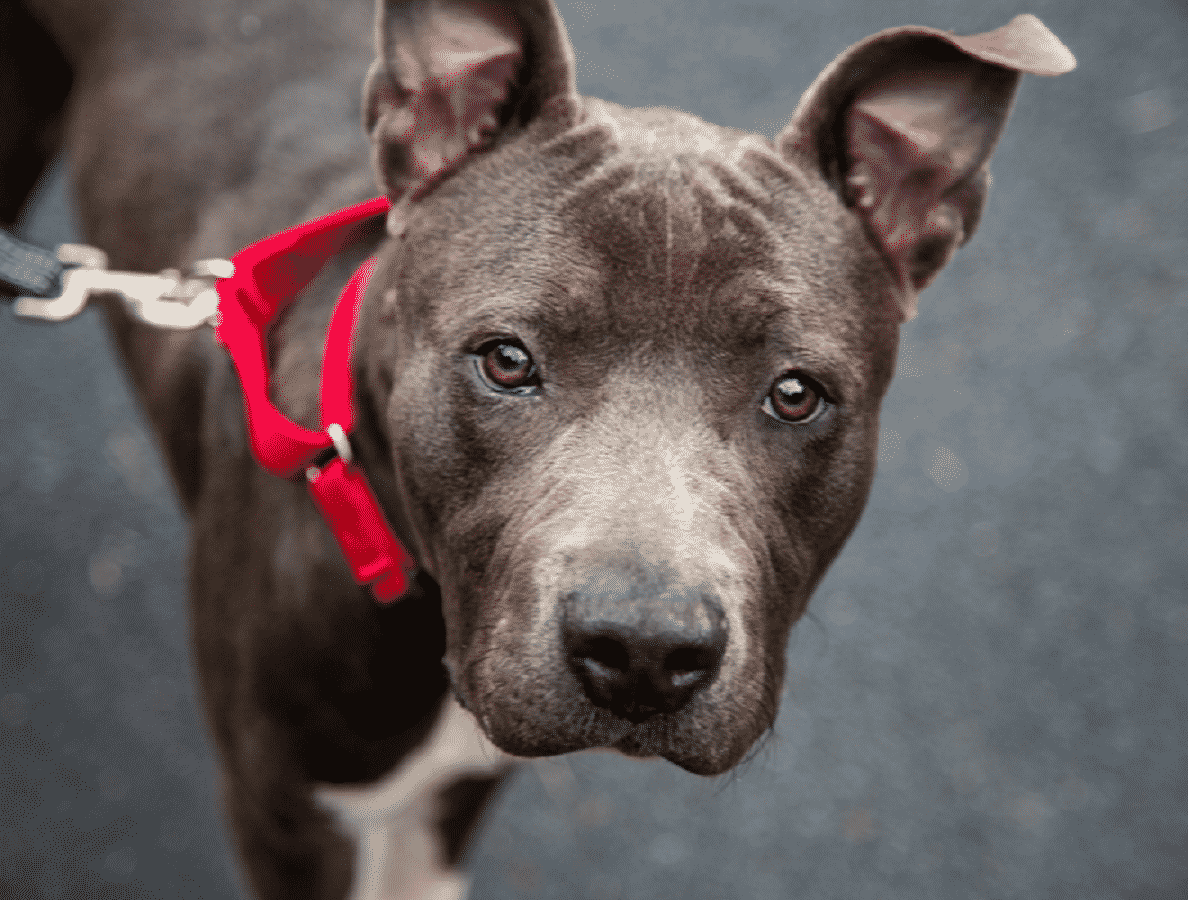 After the horrors experienced by the dogs at Michael Vick’s kennel, his home was sold at an auction.  “Dogs Deserve Better” had the winning bid.  Now the home once used to torture and kill animals is a sanctuary to help dogs find their forever homes.

With the help of Best Friend’s Animal Society, the dogs rescued were transformed from fighting machines into loving, adoptable pets. You won’t believe how hard these pups trained for the good life!

9. Training for a New Beginning 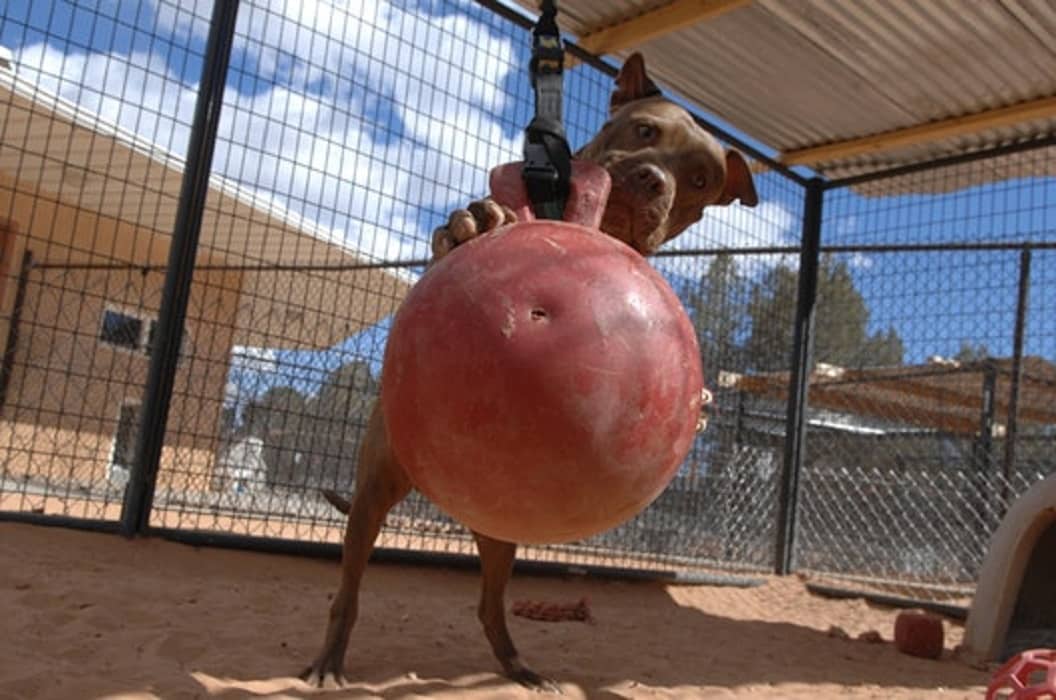 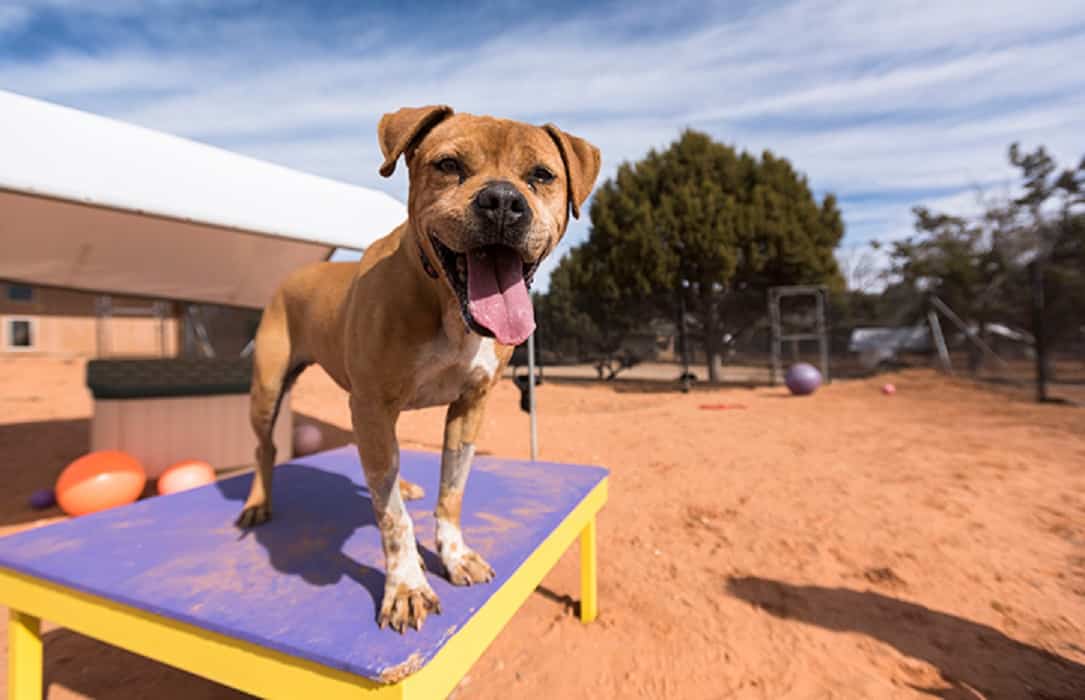 These dogs experienced quite a turn of events but with a bit of hard work and a lot of caring and patience, they achieved greatness. Soon they would be on their way to settling in with their new families in their forever homes… 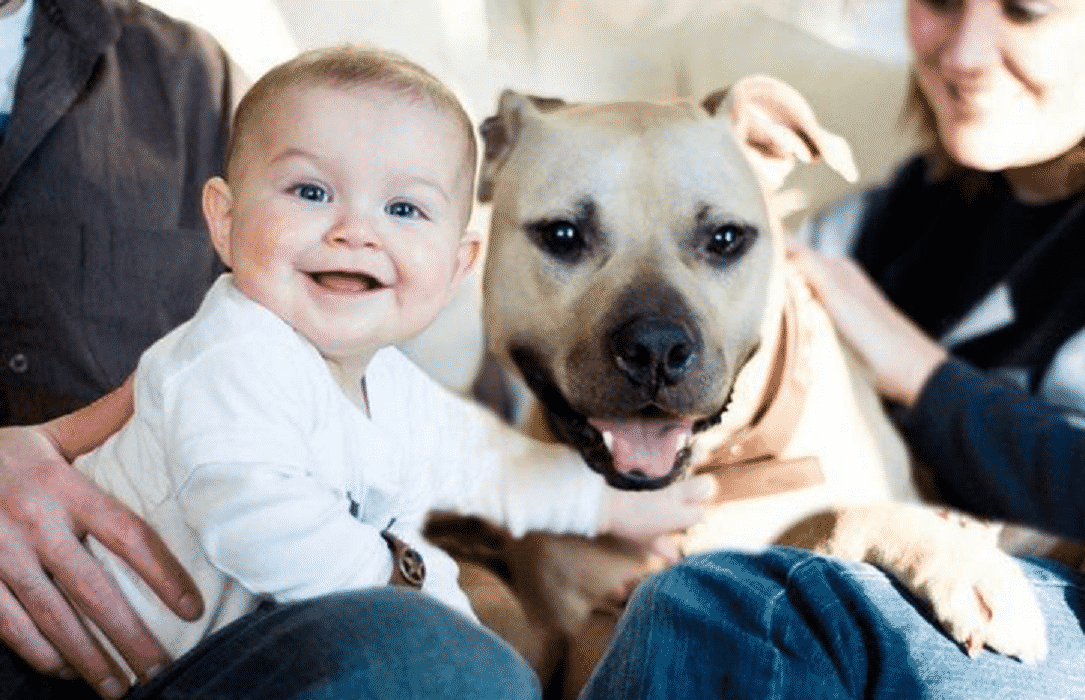 After being rehabilitated in Utah, Handsome Dan found his forever home.  Handsome Dan’s dad says that he is a “nanny dog” to the couples child.

While Handsome Dan lives out the rest of his life as a nanny and caregiver, other rescues like Georgia will melt your heart with their stories. 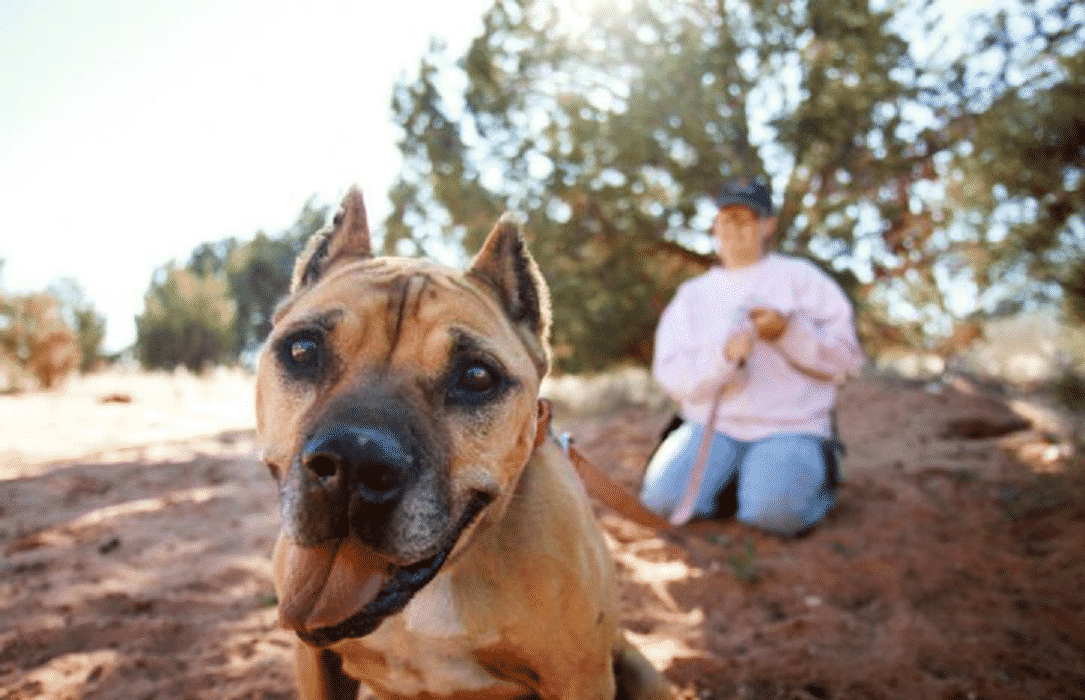 Georgia is believed to have been one of Vick’s favorite and best fighting dogs.  Her teeth were removed while in his custody to prevent her from injuring other dogs during breeding.  After her rescue, she found love and peace.  Georgia has since crossed the Rainbow Bridge but she will forever remain in her new owner’s heart, even if she was only with them for a short time. 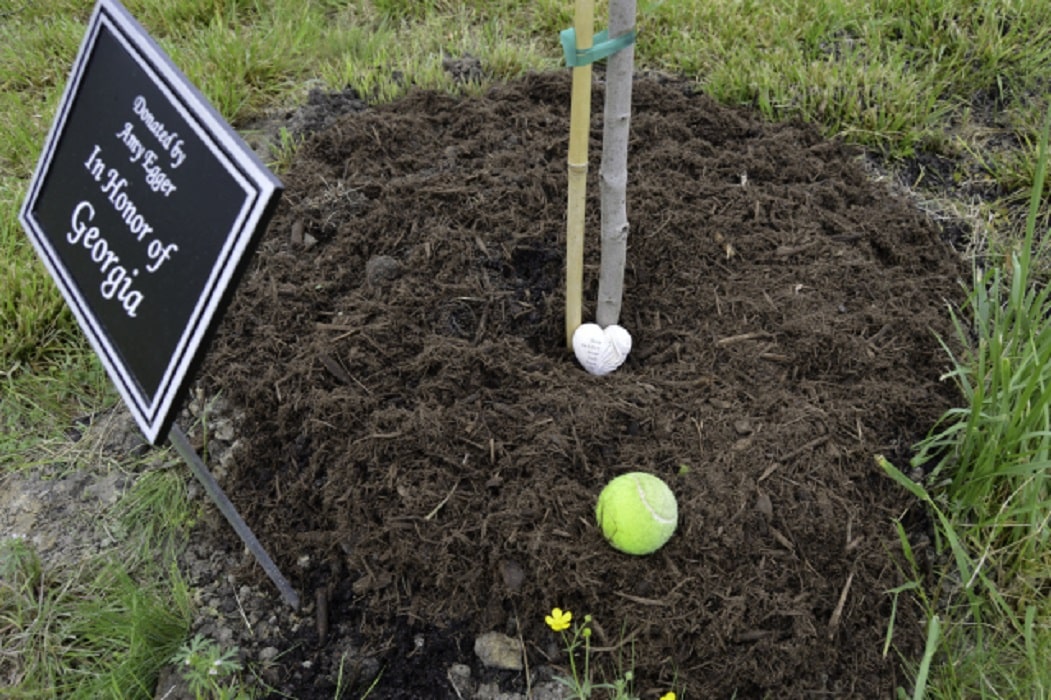 In honor of Georgia and the other Vicktory dogs that either did not make it or passed some time later, Dogs Deserve Better held a private tree planting ceremony where plaques scribed with each of the dogs’ names were placed in front of each tree.

Once word got out that there were more of these dogs seeking forever homes, people like this next couple signed a waiting list just to give these dogs a chance at a good life! 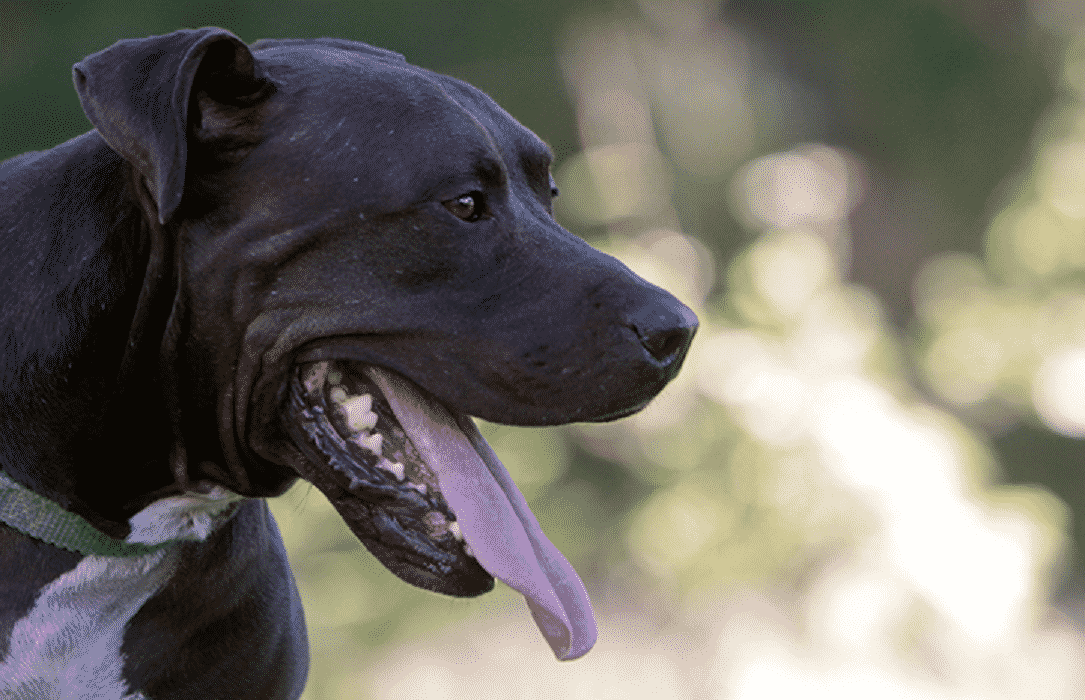 Lance passed the court ordered Canine Good Citizen test which allowed him to finally be adopted by a loving couple who waited two years before they could take him home. A similar adoption story unfolded for this next dog Cherry Garcia who loves to cuddle with kittens in her spare time!

5. A Life Spent Snuggling With Kittens 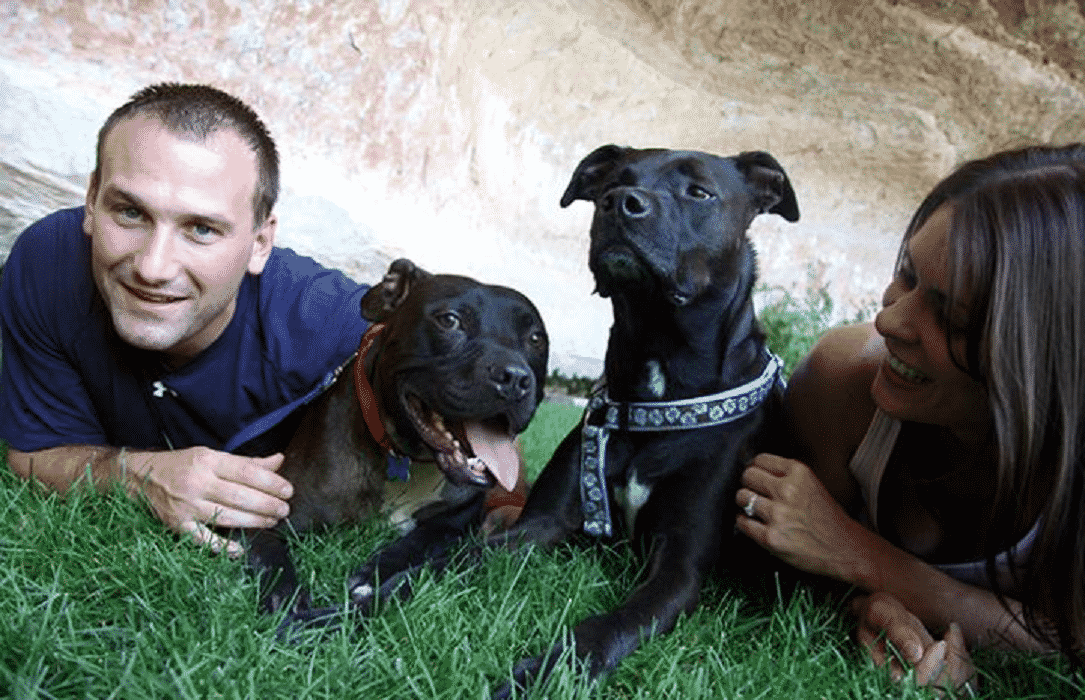 After surviving the nightmare at the Bad Newz Kennels and having a hind leg amputated, Cherry Garcia has found her forever home where she loves to snuggle with kittens and play with her other canine friend. 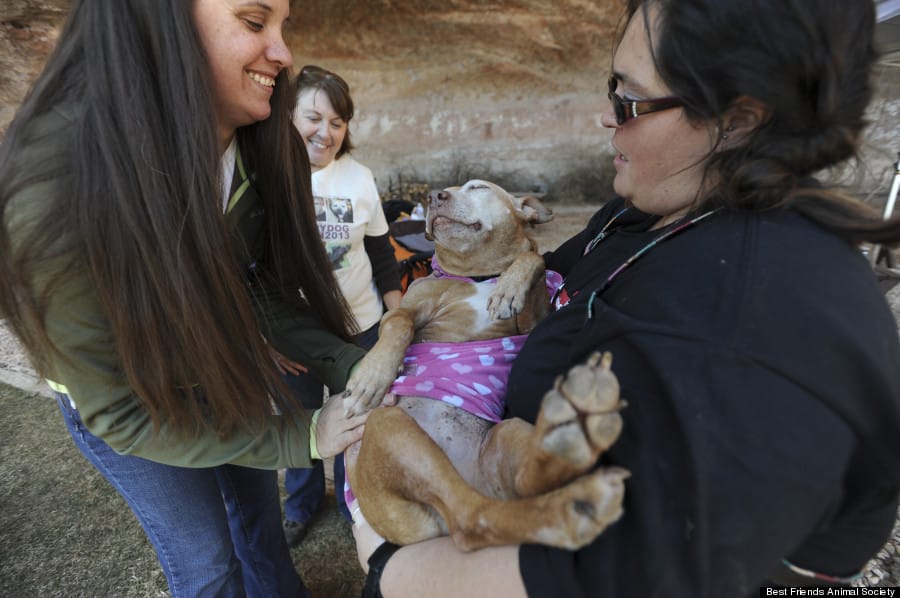 Now that is one happy pupper! After what she endured at Bad Newz Kennels, you can believe she’s going to soak up all of the love and affection she possibly can and she deserves it. Look at the smile on that face. You’re going to start seeing a lot of happy faces on the rest of these rescued pups. 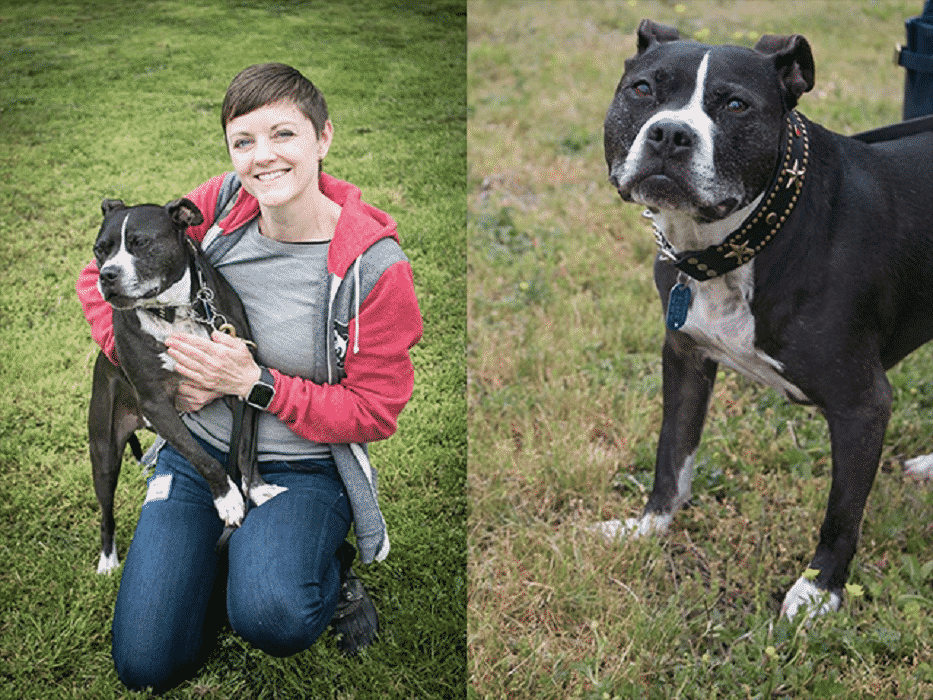 Uba was given a second chance and is holding her head high! Nothing is ever going to bring her down again! Just like her friend Ray… 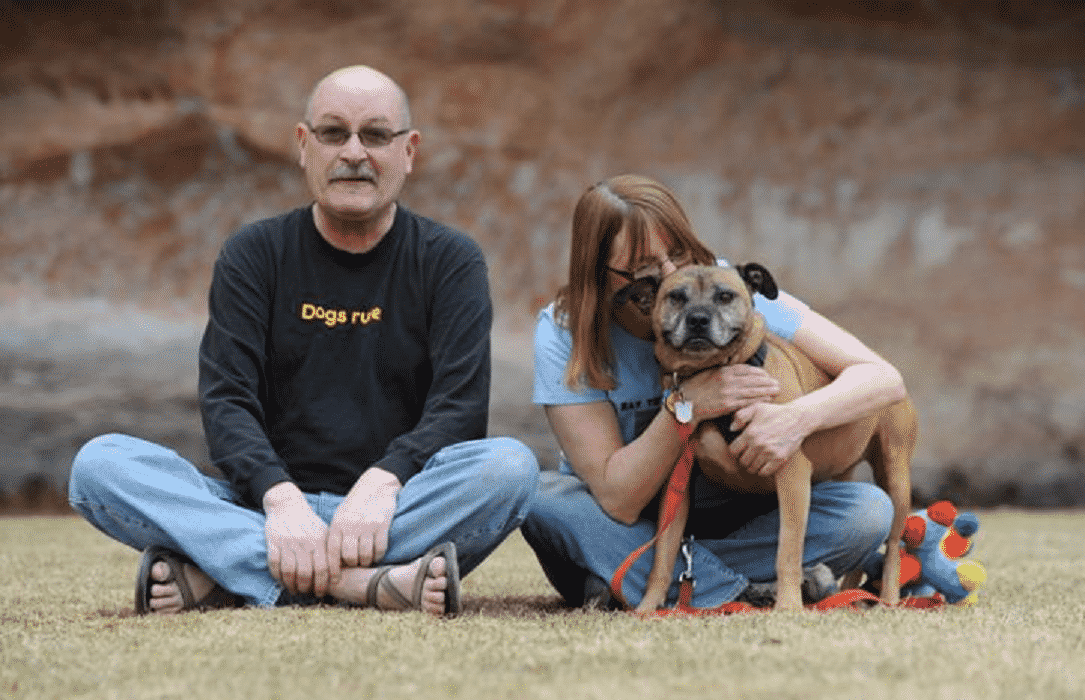 Ray was adopted and loved to be social. Because of that, his owner’s life was changed.  Ray loved to go on walks, which caused his owner to have to talk with strangers along the way.  Sadly, Ray took a walk across the Rainbow Bridge to meet Georgia but while he was with his new family he gave them a special gift. He gave them a new outlook on life and really made them get out and live it. All of these rescued dogs were given something truly special… 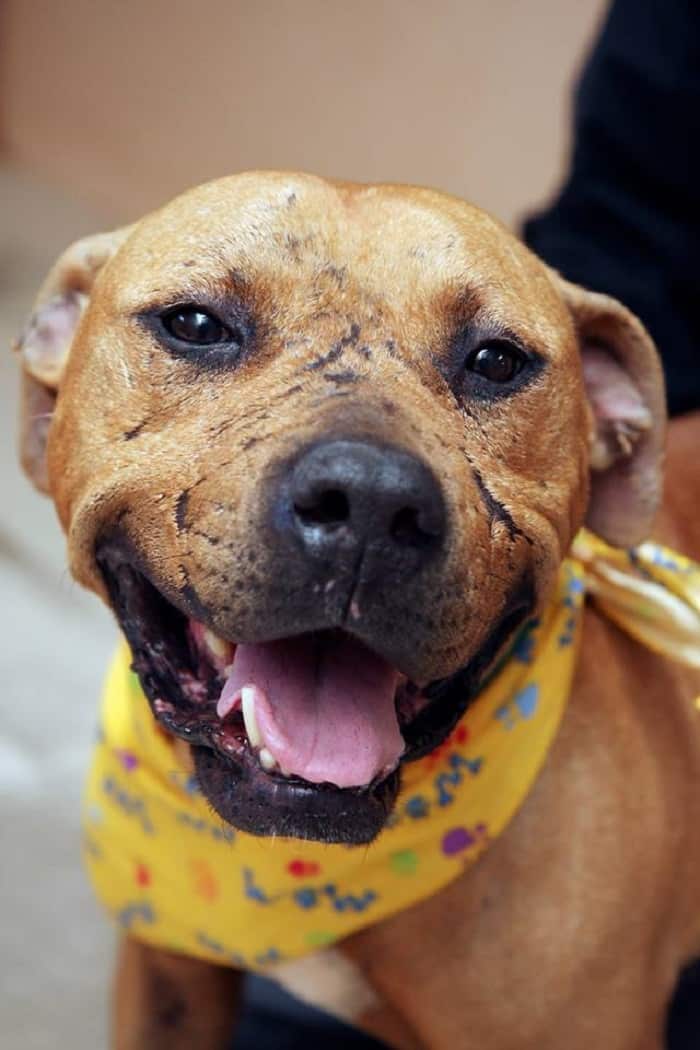 The new sense of hope given to these dogs is truly heartwarming. Just when it seemed like they had no hope left in the world they were given a second chance to instill that hope in others.

The amount of love and joy they brought to so many people after what they endured says so much about what dogs are really capable of overcoming. We humans could all take a lesson on how to overcome adversity from these pups.