US And Russia At War Once Again

Tensions between the US and Russia have been boiling over since 2014. To make matters worse between the two nuclear countries,  the Trump administration has imposed yet another round of sanctions. Putin’s response was both alarming and should have Americans worried.  Stay tuned for #1 in the countdown, which will explain how a secret technology  possessed by Russia would guarantee that this would be one war that the United States would lose. 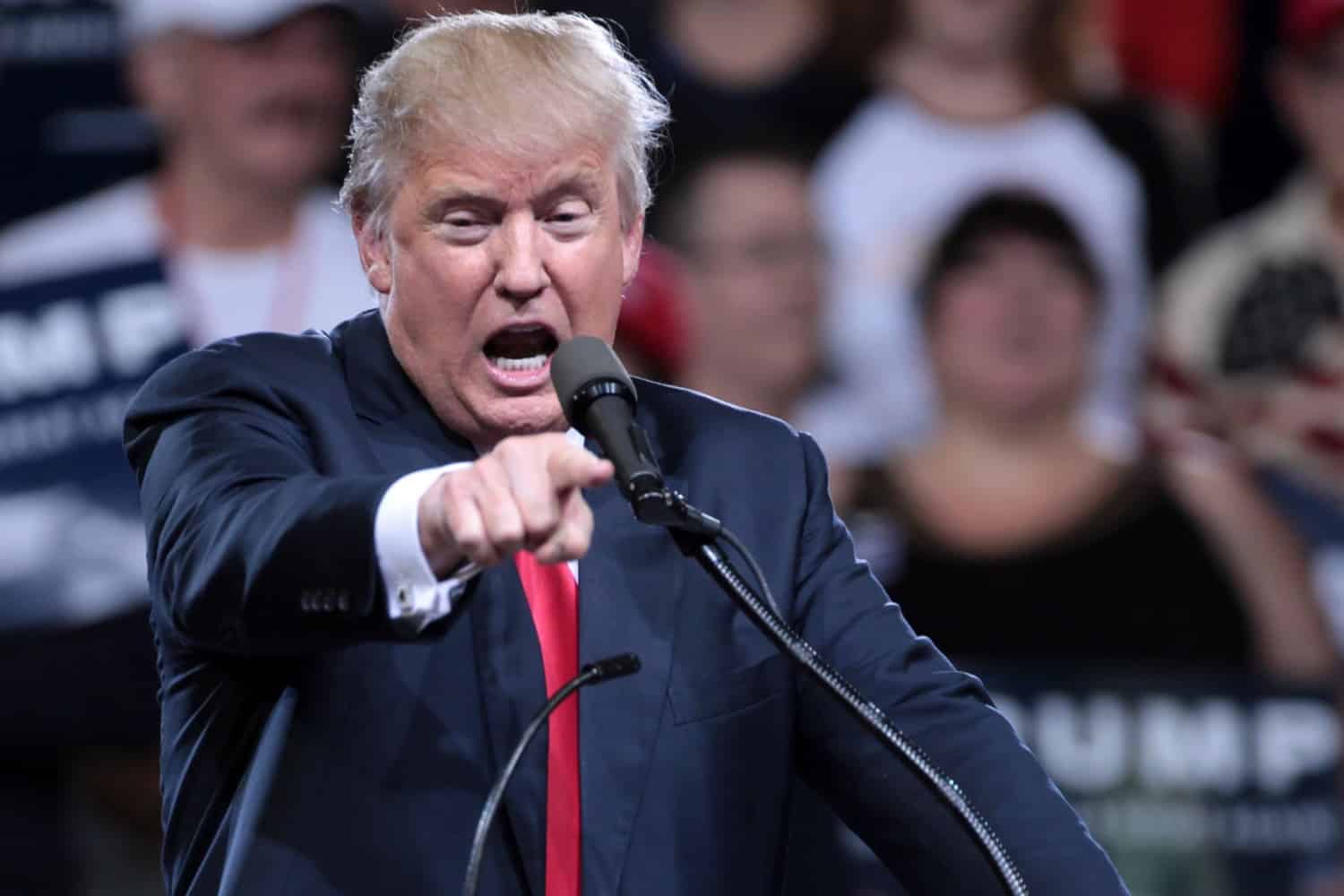 On July 25th a monumental vote was cast by the US congress. The House overwhelmingly voted 419 to 3 to pass the sanctions legislation against Russia. Even though Putin warned Trump about the consequences of signing such a bill, Trump echoed the decision and signed it. The reason for the sanctions is still hotly disputed by both sides:

19. Russia Tampering in the US Election 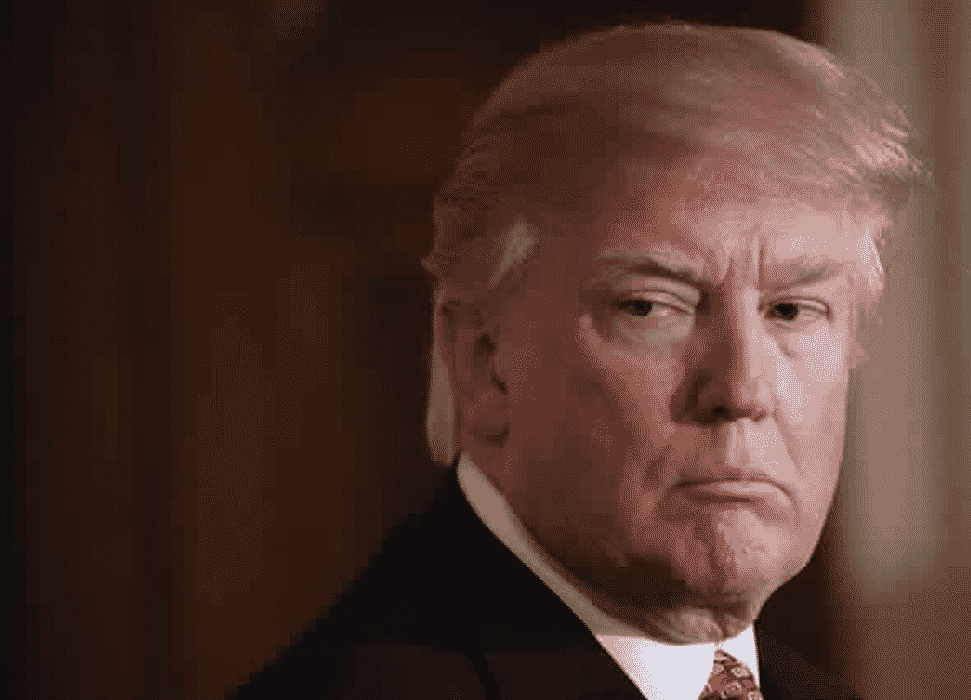 Many rumors have been circulated about Trump’s collusion with Russia before the election. These rumors spawned an investigation into Russian election tampering to determine if Russia was backing Trump in order to fill a puppet seat in US government. Russia to this day denies all allegations.

The election meddling was the formal reason for the new sanctions, but this slippery slope started just 3 short years ago.. 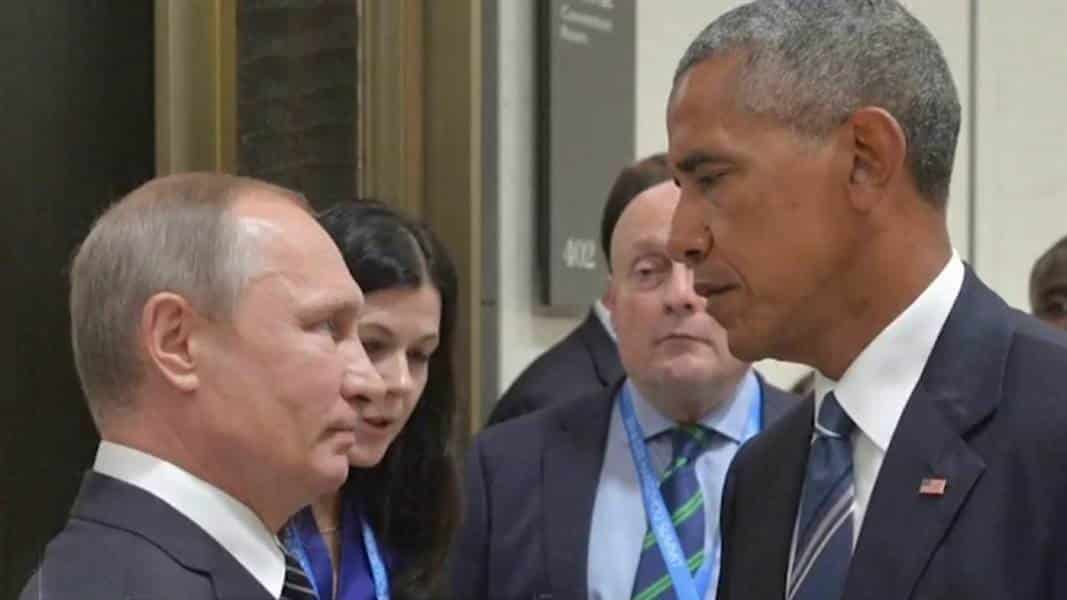 The news of the renewed sanction legislation hit Putin hard. It was like opening up an old wound which the Obama administration had inflicted on Russia on March 6th, 2014. After Russia’s involvement in Ukraine, President Obama was quick to ratify heavy sanctions on Russia. This all seemed like a very bad case of deja vu to Putin, and Russia’s response this time was terrifying… 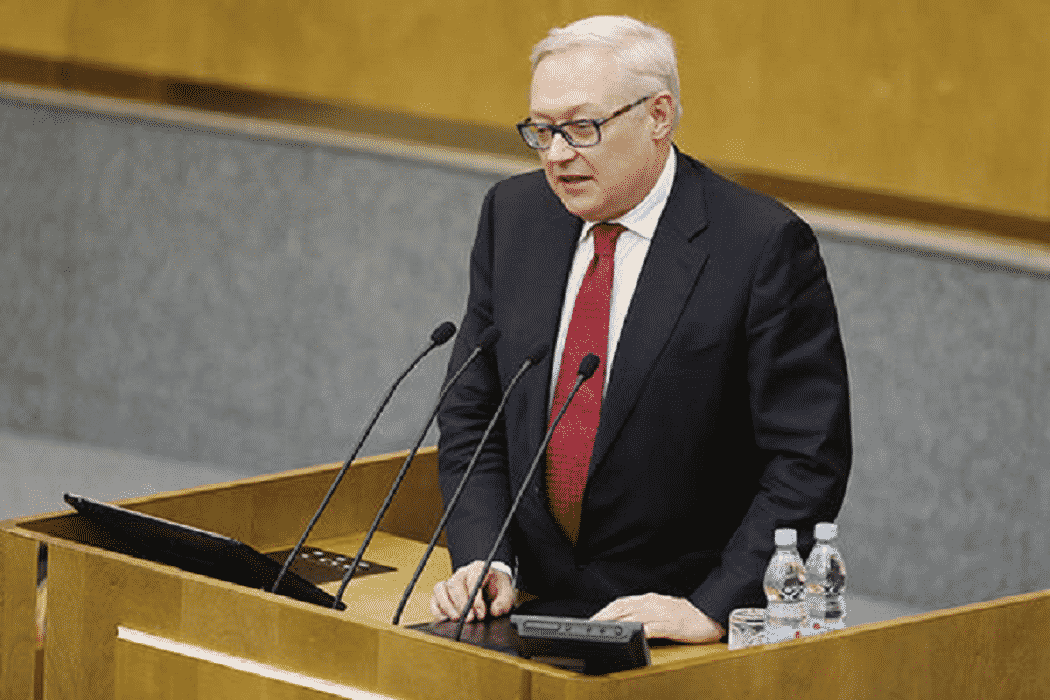 “If the US side decides to move further towards further deterioration, we will answer, we will respond in kind.  We will retaliate.” – Russian Deputy Foreign Minister Sergei Ryabkov responded on behalf of Putin. The possibility of war is something that has been discussed recently by Putin. In a four part documentary with Oliver Stone, Putin was asked if Russia would go into a “hot war” with the US. If you saw the interviews, Putin’s response surely chilled your bones:

16. Putin stated “No one would survive” 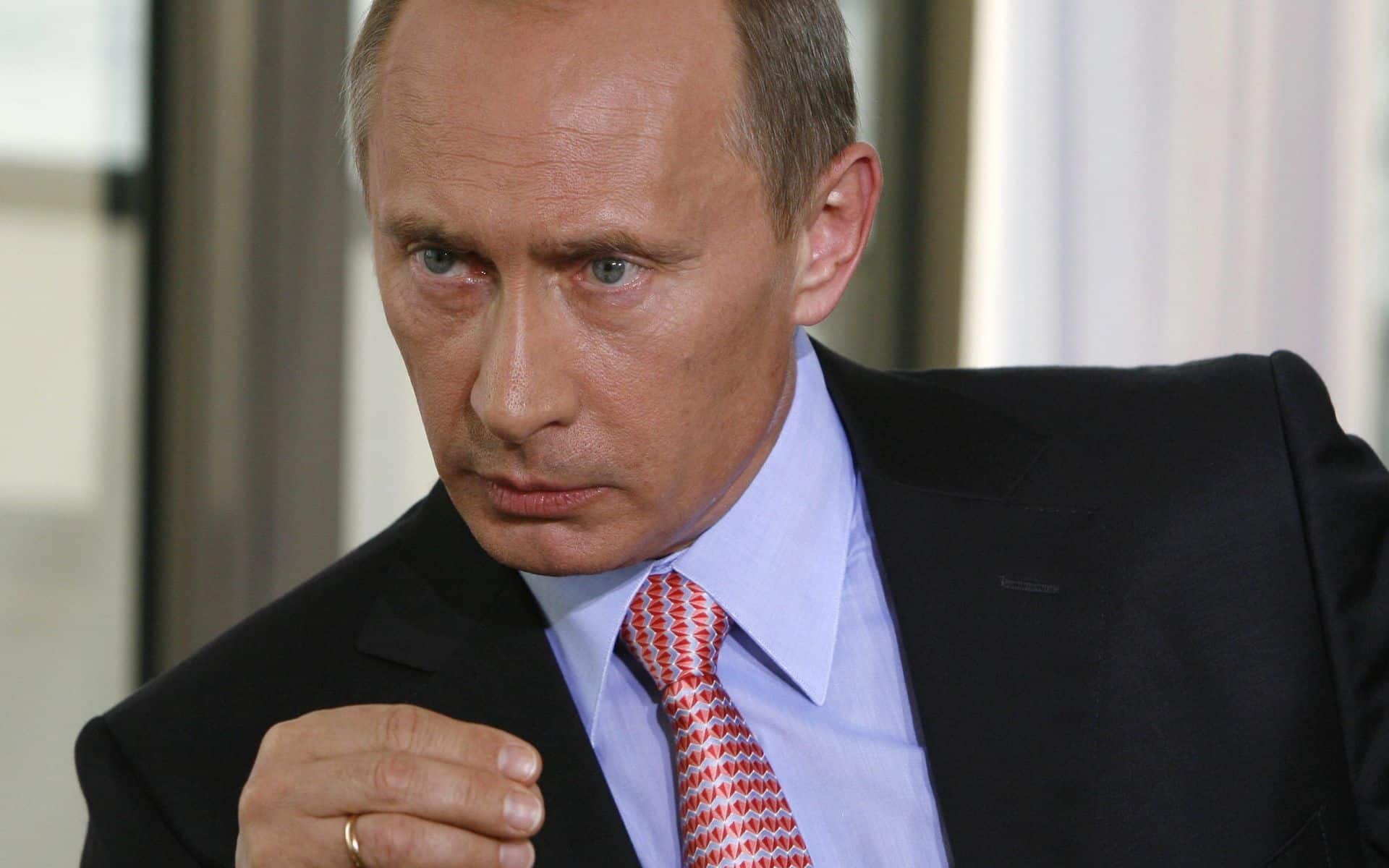 When questioned about the possibility of a war with the US, Putin said “I think no one would survive”. He also added that NATO is always hungry to “justify it’s existence” by searching for new enemies. So, what does all of this mean for the American people and our allies?

15. Reminder: Russia is a Nuclear Superpower 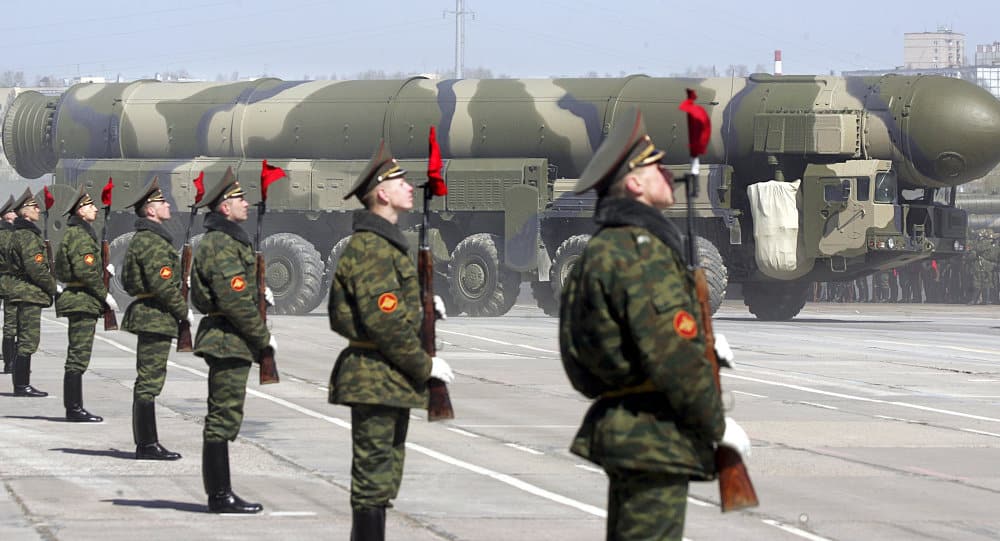 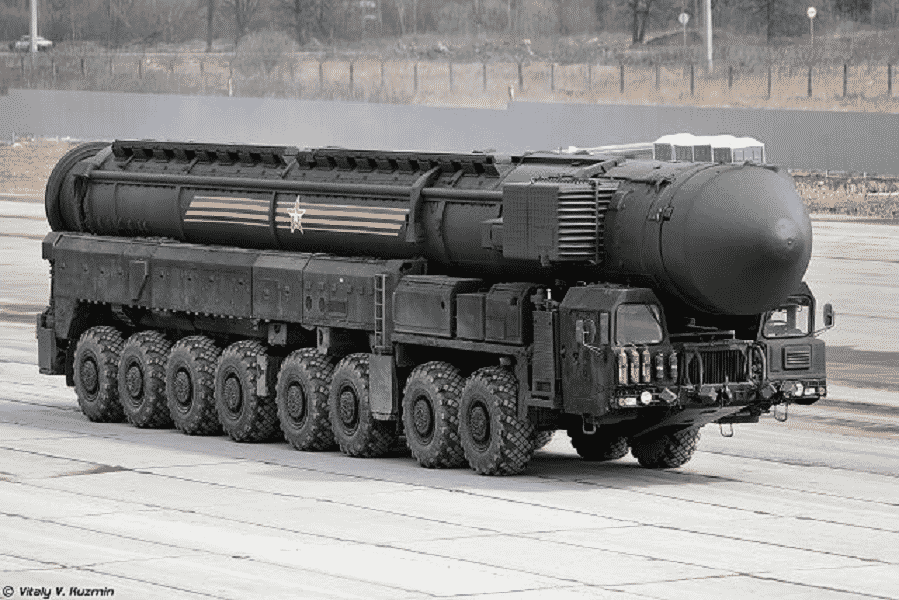 It’s important to remember that Russia is the only country that can match the US nuclear arsenal. Russia has 7,000 nukes whereas the United States has 6,800… so what’s next? 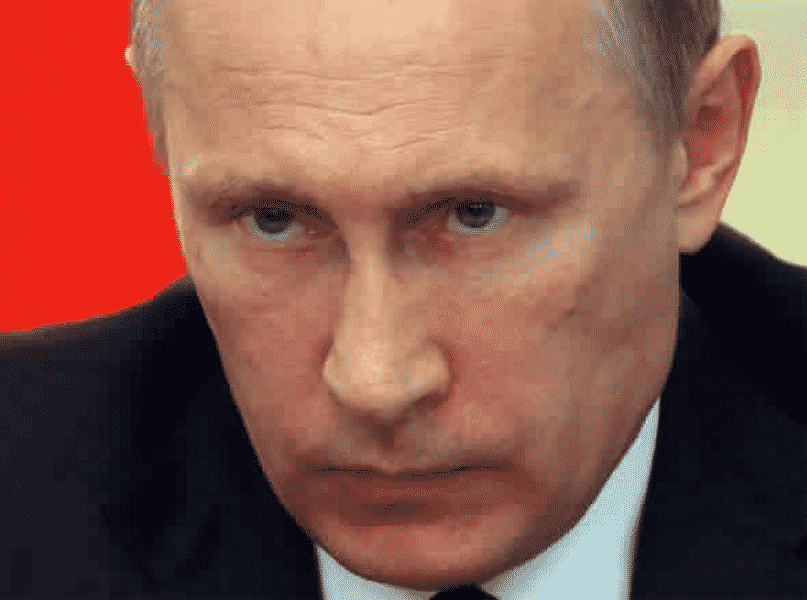 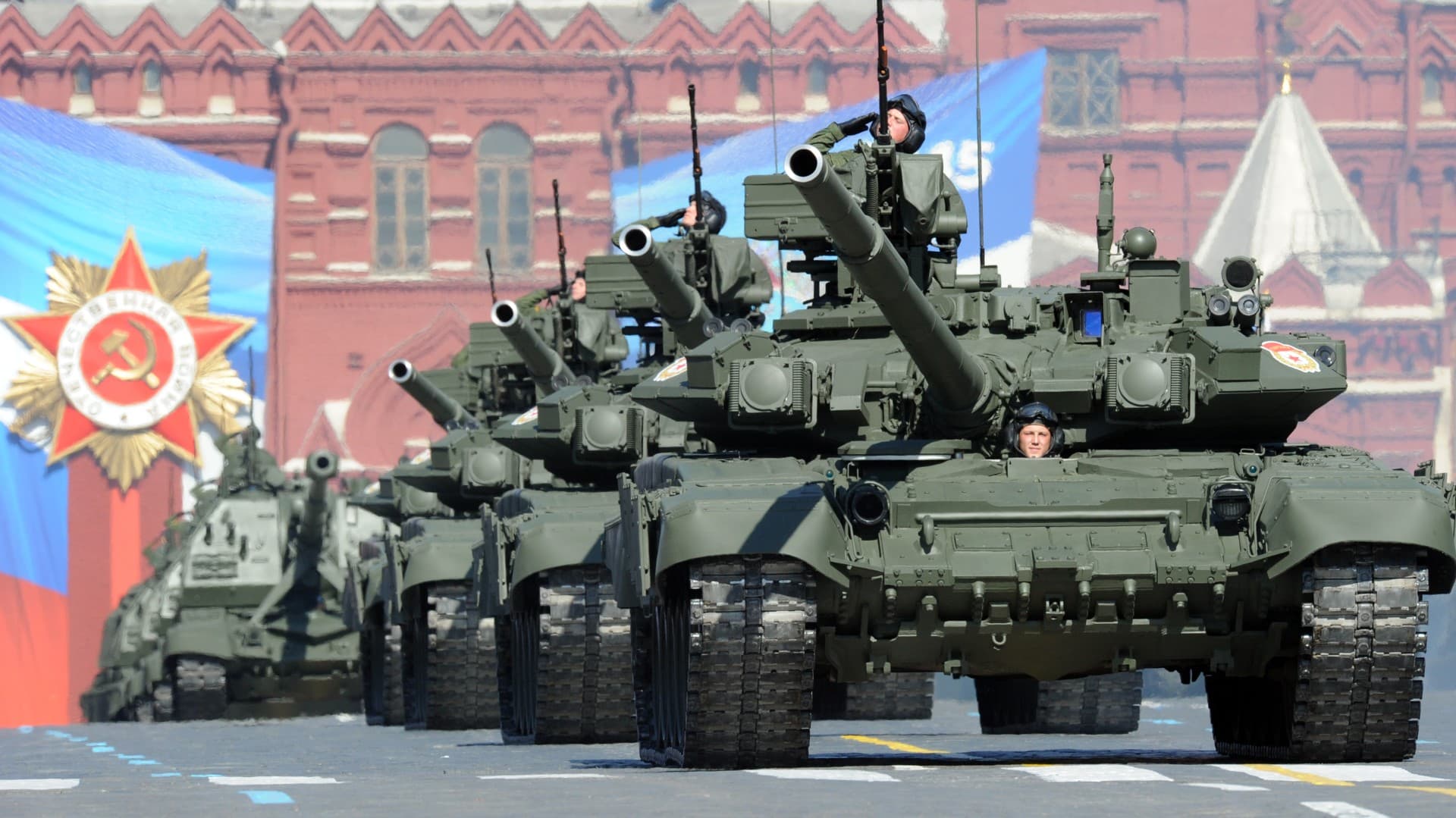 While Putin originally had agreed to work with the Trump administration, any progress they had discussed has since been lost. As Robert Kahn, Senior Fellow at the Council on Foreign Relations in Washington, DC states “Putin is kind of giving up hope.  It shows his unhappiness and that he’s giving up on progress with the administration.” With the Russian President nearing the end of his rope, this situation can only be described as one of the worst moments in US/Russian relations in history… 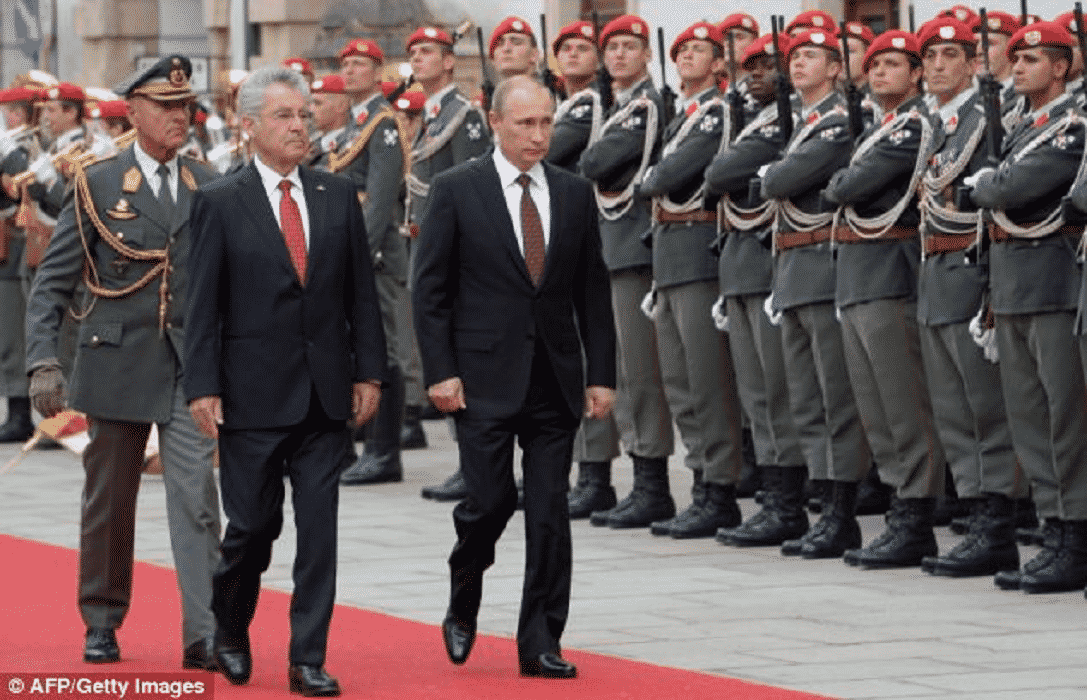 This Diplomatic discharge enforced by Putin is “the single largest forced reduction in embassy staff, comparable only to the closing of the American diplomatic presence in the months following the Communist revolution in 1917″ remarks Andrew Roth of The Washington Post. With the US Diplomats gone, will Putin focus his efforts on building up military forces? 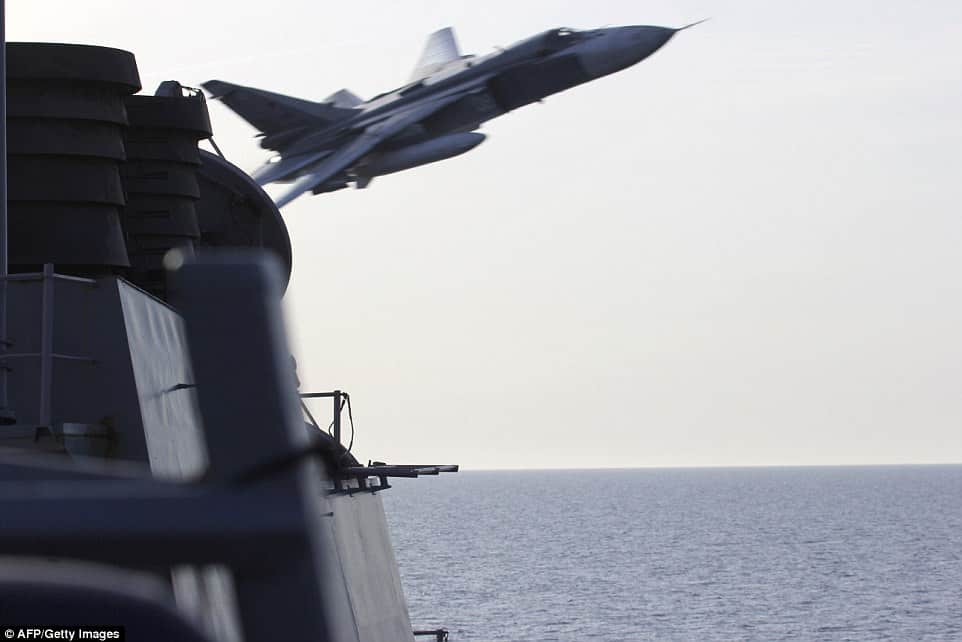 With the recent North Korea Nuclear test, Russia prepares by orchestrating a massive “combat readiness check” of the Eastern Military District as tensions continue to rise. This is also reminiscent of the numerous times Russian Fighter Jets buzzed US and NATO warships.

There is a very real potential for the US to retaliate by sending troops to North Korea in order to diffuse any further possibility of nuclear threat. Many are predicting that this could be the very beginning of it all. Russia’s discourse further reinforces this scenario..

10. Russia Refuses To Rule Out War 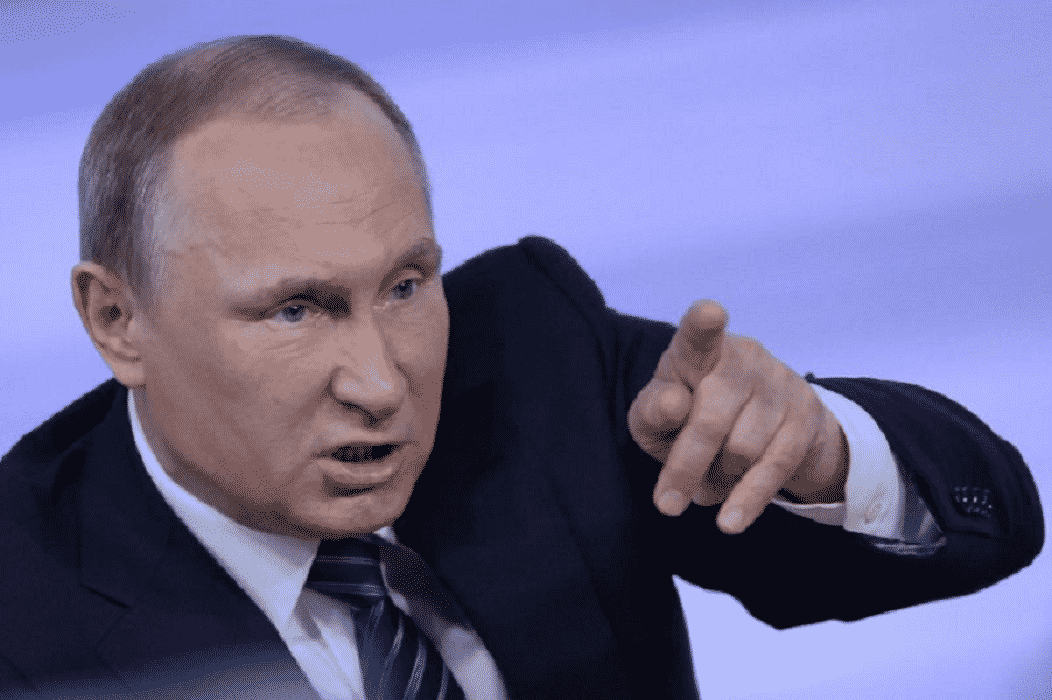 In an earlier statement made by Russian Deputy Foreign Minister Sergei Ryabko, he stated that “We [Russia] will retaliate”. When questioned about clarifying this statement Ryabko followed up with “We have a very rich toolbox at our disposal”. Senior Moscow senator Alexey Pushkov has championed Ryabkov’s statement and has also voiced his own. What Pushkov had to say only worries us more.. 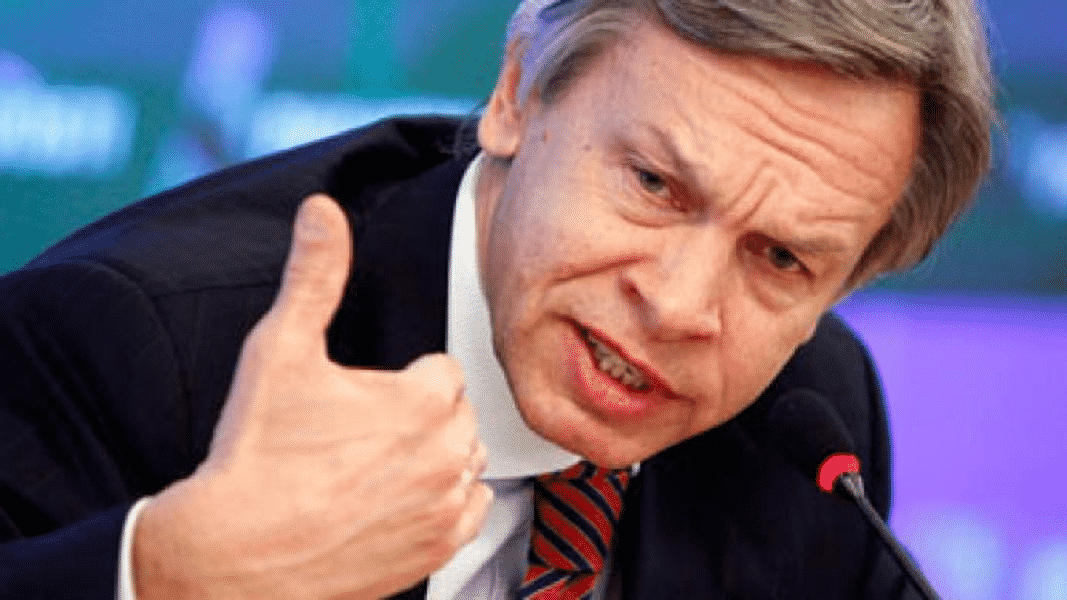 Senior Moscow senator Alexey Pushkov has also stated numerous times that the conflict in North Korea could lead to War with the US if they intervene with their nuclear testing.  He also said that if US troops were to go into North Korea, then “Trump is risking WW3”. Russia openly stated that they will not back down:

8. “Will Respond With Force to Any Aggressor” 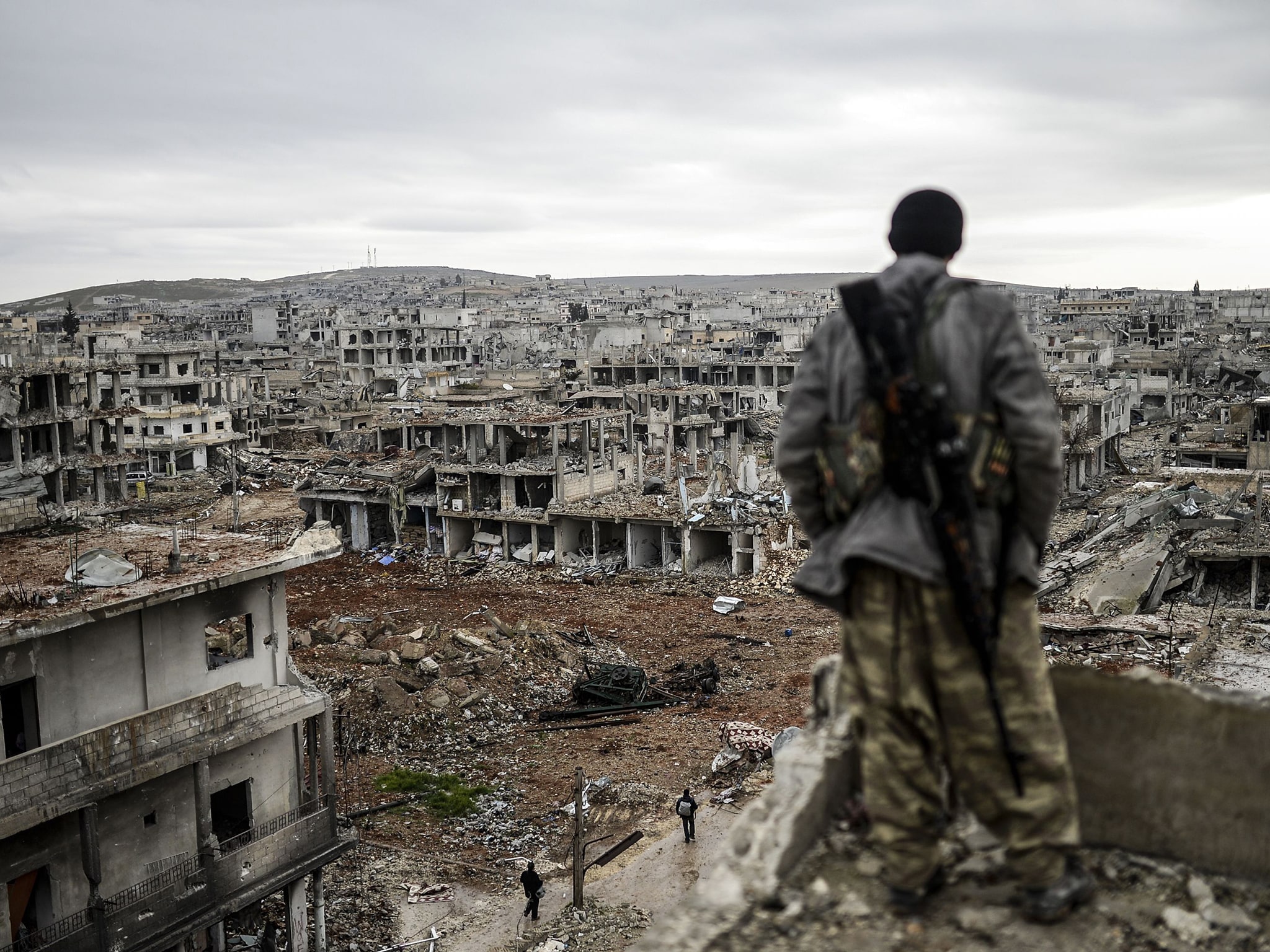 Tensions began to build between the US and Russia with situations such as the Syrian Civil War, where Russia backed the Assad regime while the US wanted a regime change.  The Command Center for Syria and Russia issued press release stating “From now on we will respond with force to any aggressor or any breach of red lines from whoever it is and America knows our ability to respond well.” Russia further added tension in Syria by pulling off a very bold move..

7. Russia’s New Permanent Base in Syria 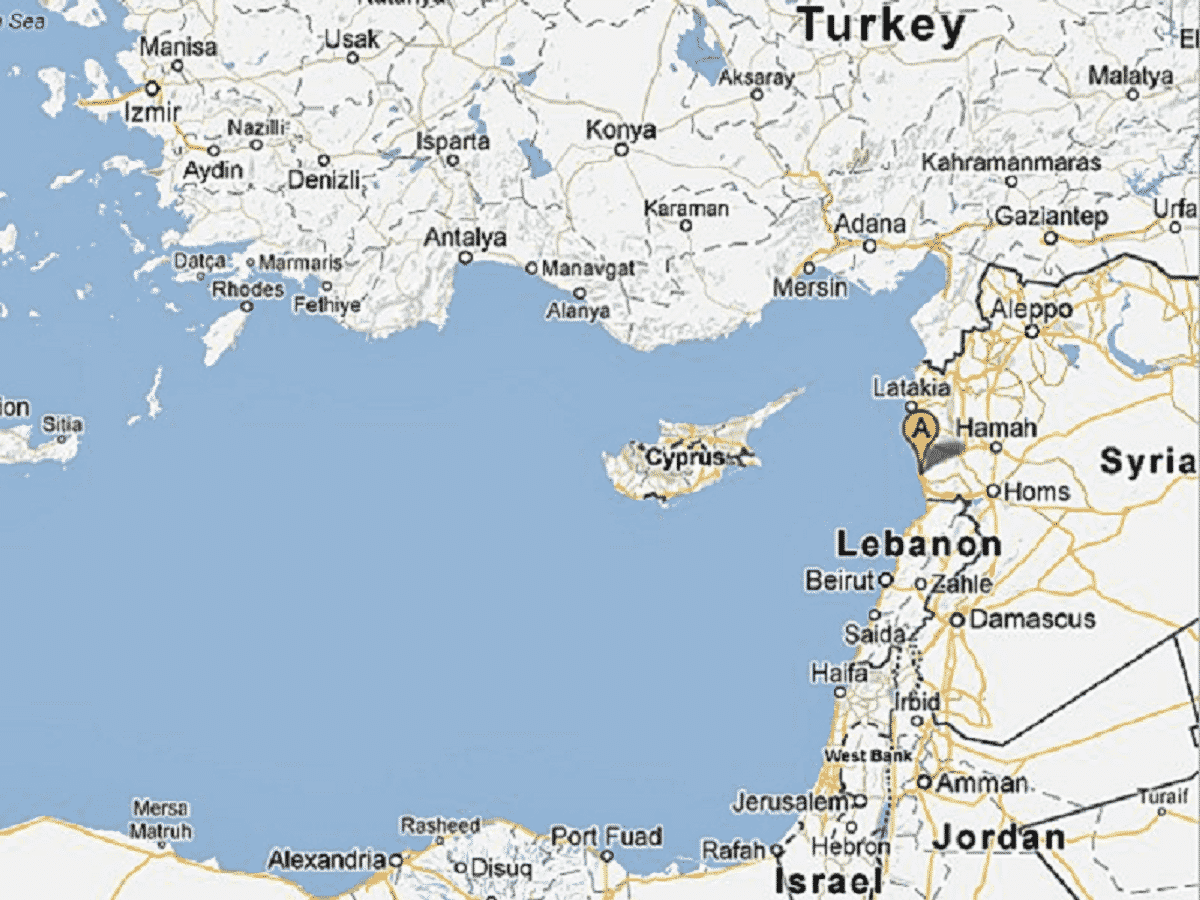 To further upset the US,  Russia has agreed on a permanent base in Tartus, Syria which means that Russia will not be leaving any time soon. Historically, things have always been tense between the tw0 nuclear superpowers… 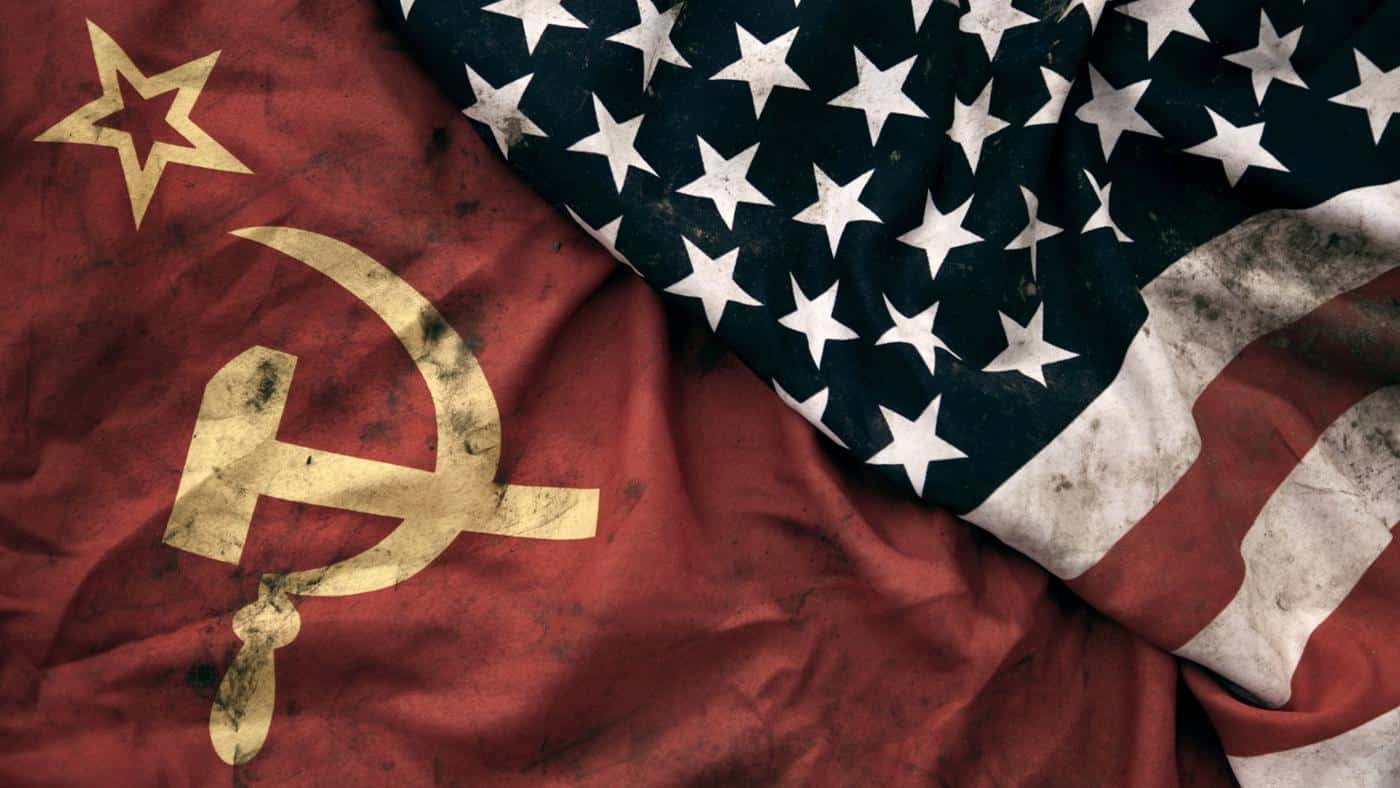 The Cold War spanned between 1947 and 1991 betweeen the Soviet Union and the United States, and resulted in moments so tense that people truly feared that a war could result in global annihilation.. Some of the most tense moments included,

5. The Soviet Invasion of Afghanistan 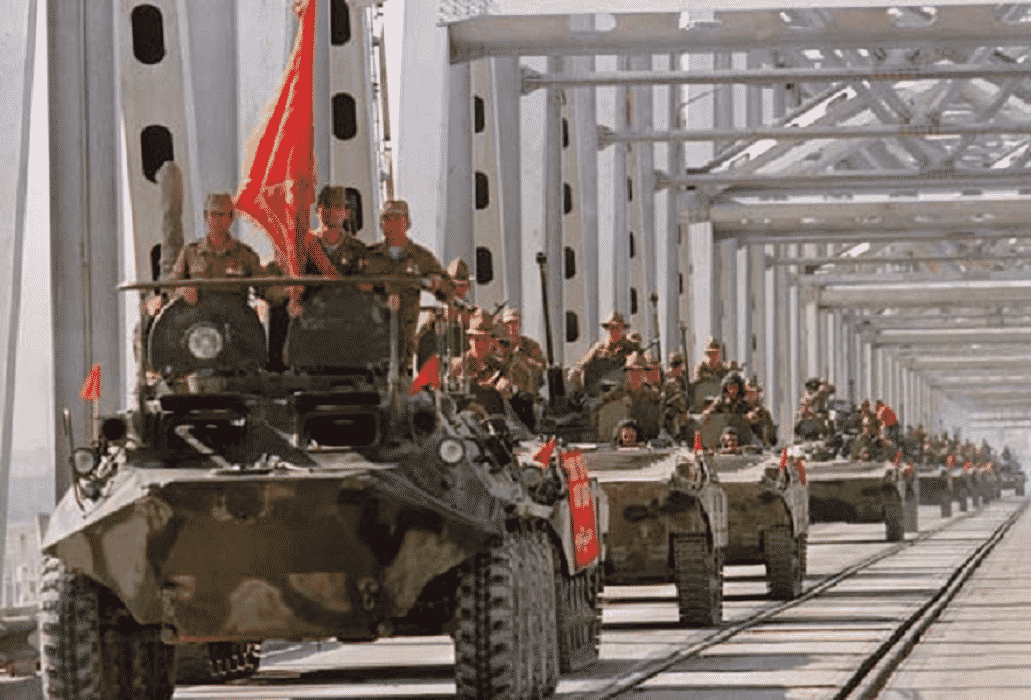 Going back further in history, we can observe inflamed tensions which existed between the US and USSR, when the Soviets invaded Afghanistan during the first Cold War. A proxy war was fought there with the US helping Afghanistan repel the invading forces. Yet another reason bad blood exists between the US and Russia. Not only has the US undermined Russia’s military presence in Afghanistan, there has also been the threat in past of an attack against Russia. You won’t believe the blunder that almost had the US attacking Russia!

4. A Near War With the Soviet Union 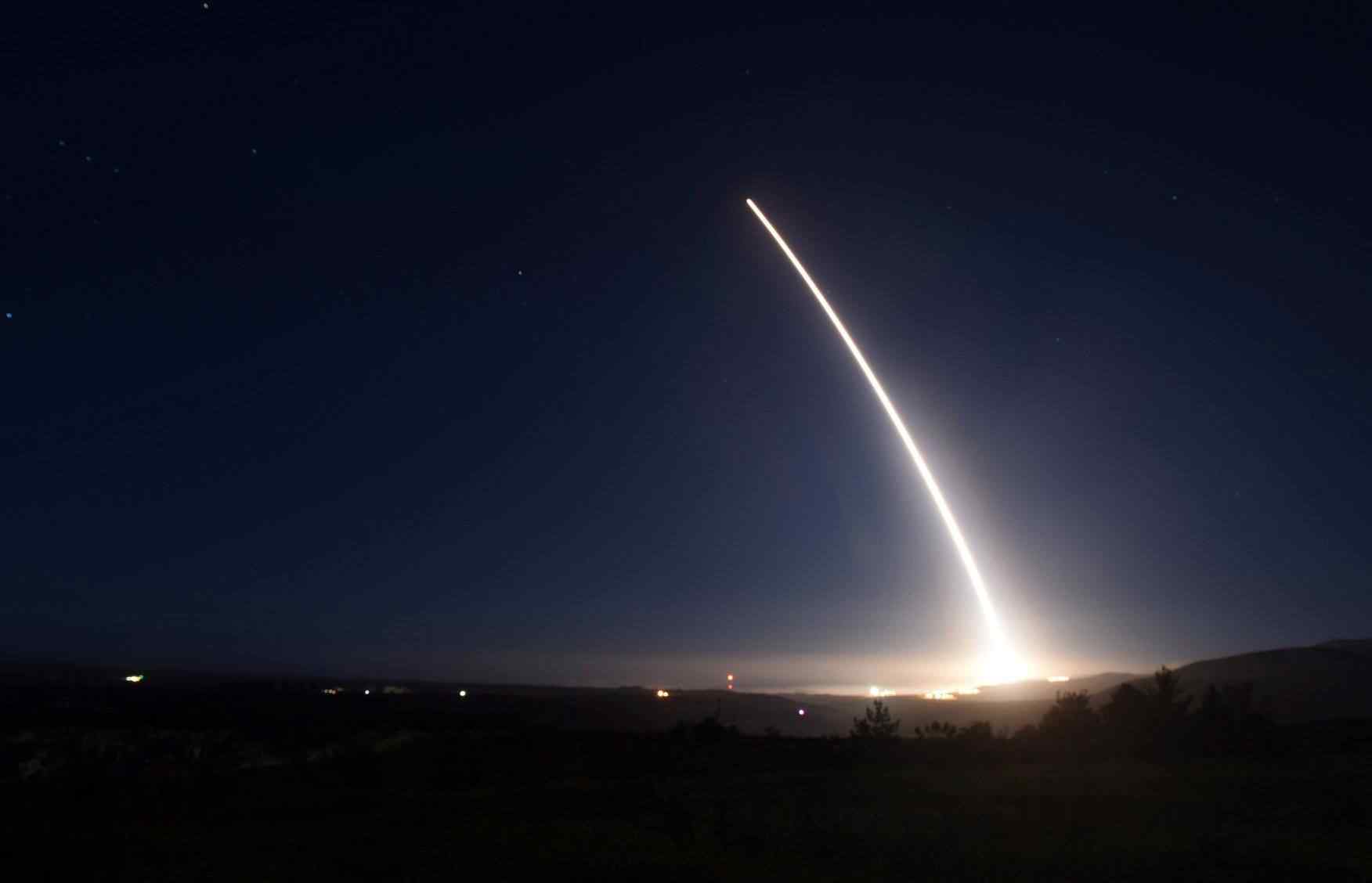 On the morning of November 9th, 1979, a computer glitch at NORAD nearly plummeted the world into a nuclear war. A new employee accidentally started a training program simulating an all too real nuclear launch by Russia. The disastrous mistake could have created a global catastrophe. As you could imagine, the US and Russia were not able to mend relations after such a misstep. However, if you think the NORAD misstep was unforgivable, you wouldn’t believe the misstep that the Russian military was about to make. 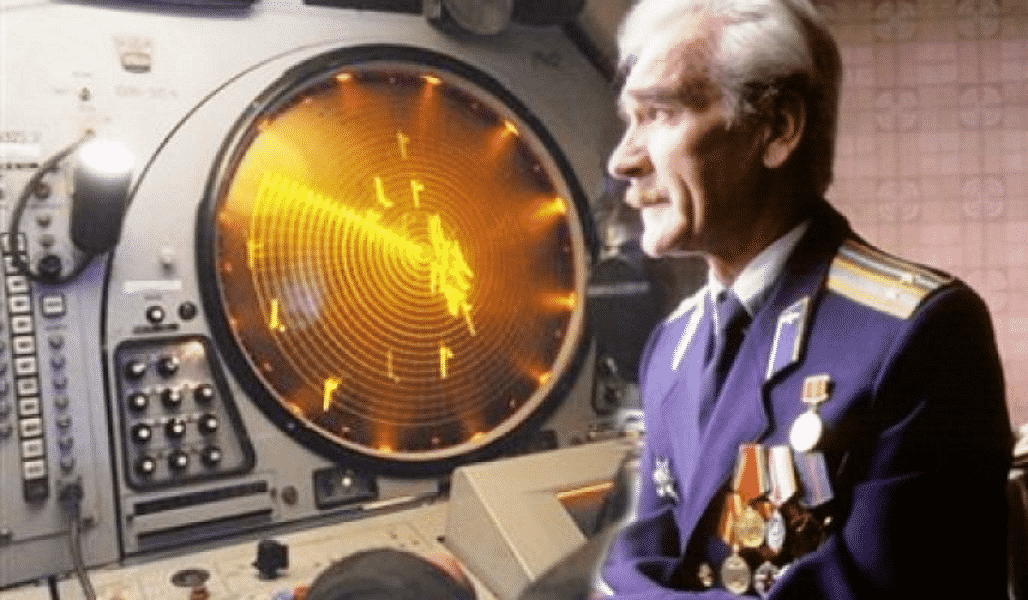 On September 26th, 1983, the nuclear bunker Serpukhov-15 detected 5 nuclear missile launches from the US.  A Lt. Colonel Stanislav Petrov was on military duty at the time and could have followed direction to fire back at the US starting an all out world war. However, Petrov did not report the alarm because at the time of the so called US missile attack, the suns rays were blocking the radar and reflecting off of the clouds at an odd angle.

With all of these mounting tensions between the US and Russia, it becomes difficult not to see a future where a major global conflict emerges. What will this mean for humanity? Will it lead to another World War? Political scientists, like Nikita Danyuk can only speculate on the current state of affairs with this…

2. The Destruction of Humankind 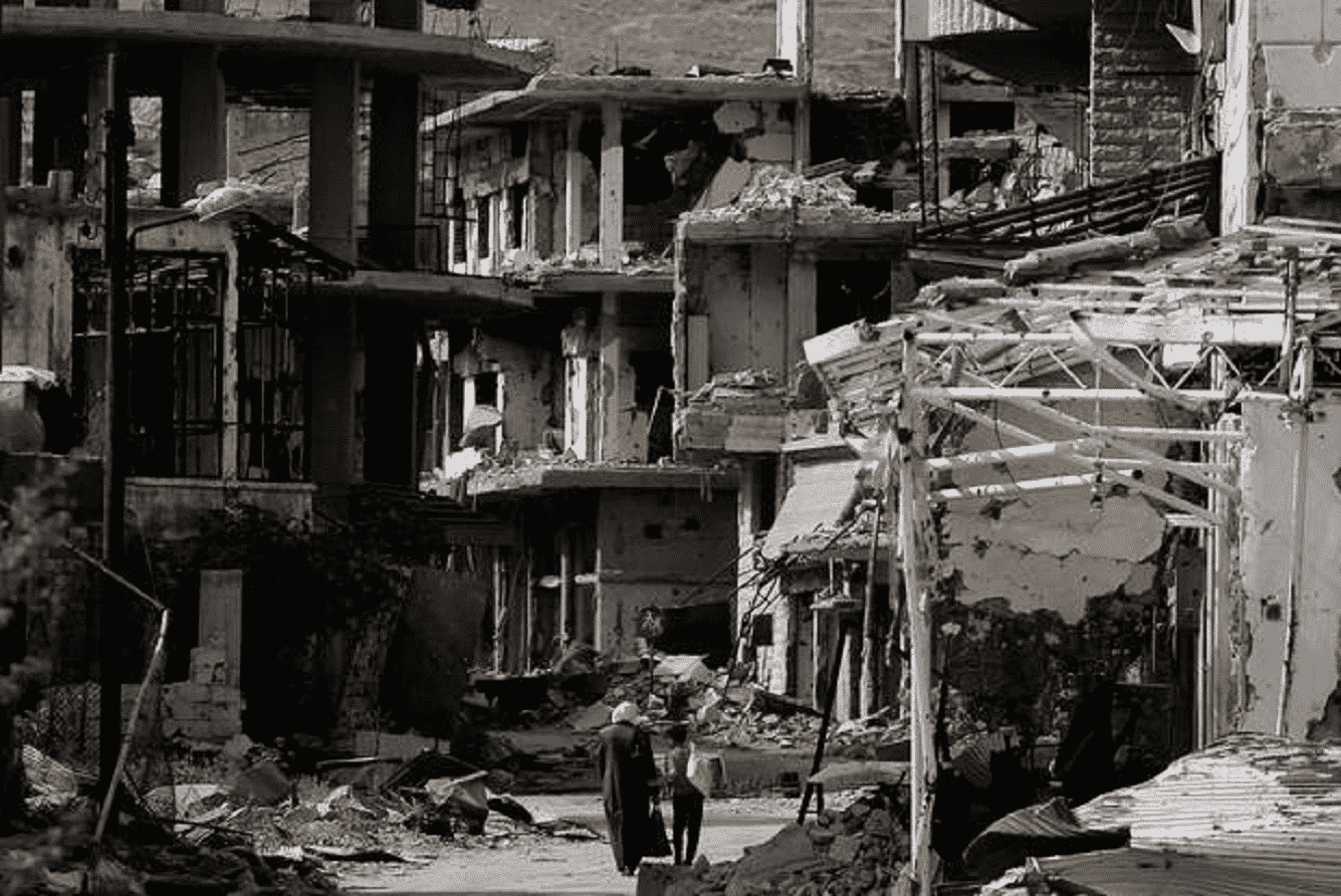 “We all clearly understand that the US and Russia are the two superpowers which have nuclear weapons: both strategic and tactical. And in case of any escalation of a conflict, not just a regional war, but a global conflict could surely emerge, which could end with the destruction of humankind. Thus, both states’ policies should be responsible.” – Nikita Danyuk, political scientist and deputy director at the Institute of Strategic Studies and Prognoses.

However, the real reason for why a war is unwinnable will blow your mind: 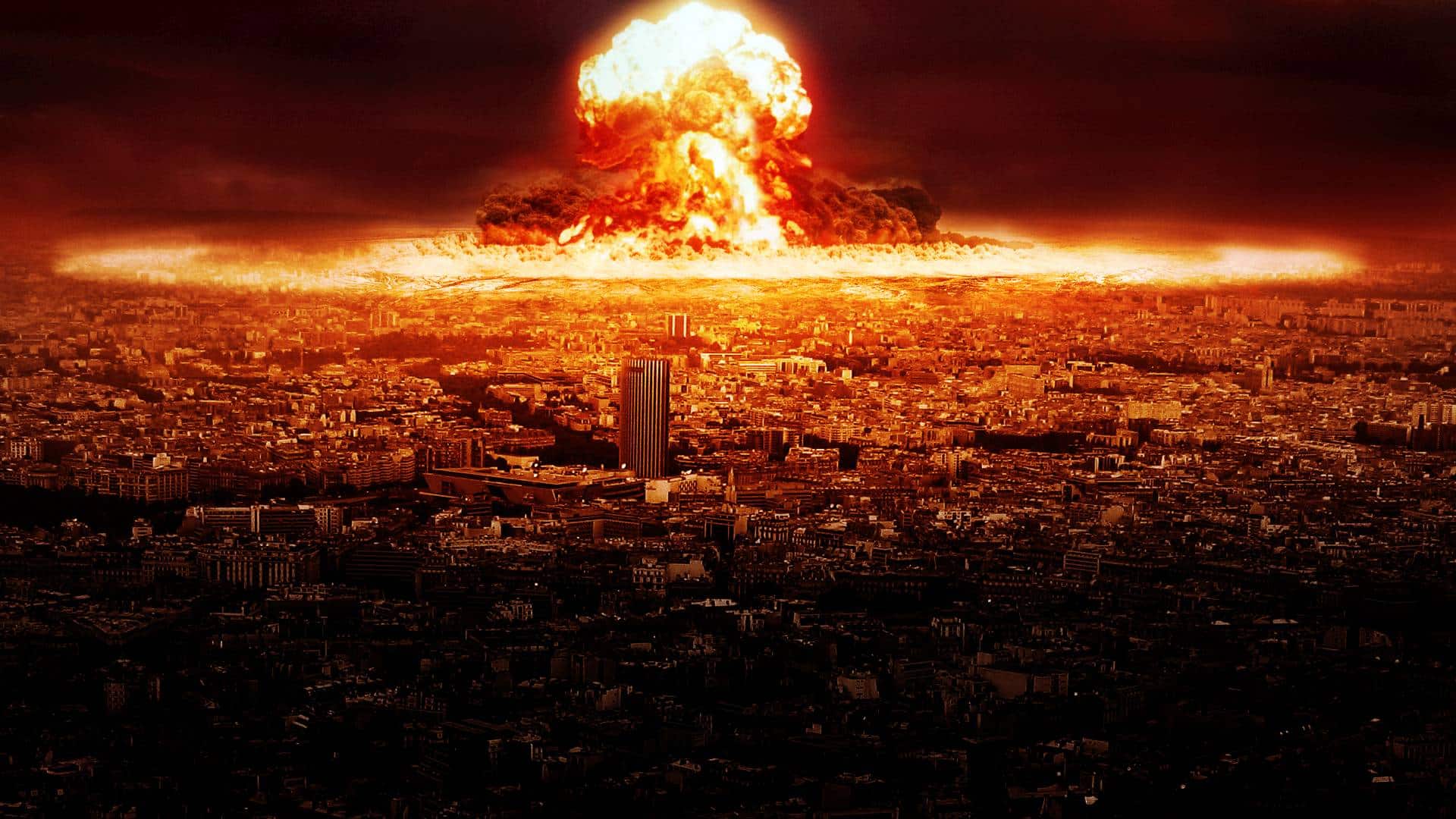 The Dead Hand is a technology in possession by Russia. If the United States ever launched a first strike and eliminated the entire Russian population, then an automated system will send missiles back in retaliation. It’s a game that no one can ever win. This technology essentially guarantees that Russia cannot be the “only” loser.