The Miami Dolphins finished the 2021 NFL season with a 9-8 record under Brian Flores. They missed the playoff by one game for a second year in a row, with them missing the 2020 NFL playoffs with a record of 10-6. However, the Dolphins did end the 2021 season with a win against their rival, the New England Patriots.

With Flores having the Dolphins close to the playoff two years in a row, this firing came from nowhere. There were no NFL odds on this firing happening with all the coaches on the hot seat at the end of the NFL regular season. So how could Miami fire the third-year coach that gave the team two winning seasons and finished his time in Miami with a record of 24-25?

Up until Miami’s week 17 loss at Tennessee, the Dolphins still had a chance to make it to the playoff for the season. After starting the season with a win against the New England Patriots, the Dolphins would go on a seven-game losing streak, with three of the games being decided by three points or less.

But the 1-7 Dolphins would do something that no one thought they would, and that’s win games. Flores would coach the Dolphins to a seven-game winning streak, with a chance to make the playoffs and possibly win the AFC East with some help. However, that all ended with one loss to the Titans.

When Flores came to the Dolphins in 2019, the team started getting rid of their best talent. The moves by upper management of the Dolphins led people to speculate that the team was tanking on purpose to land the number one draft pick for 2020 and acquire quarterback Joe Burrow. However, Flores would take a gutted Dolphins team and coach them to a 5-11 record.

This would knock the Dolphins down to the fifth pick in the 2020 draft, where they would draft quarterback Tua Tagovailoa. The pick wasn’t the pick that Flores wanted, as he had his eyes on Justin Herbert in the draft. It was at this moment that Flores would start to have a bad relationship between upper management and himself.

Flores made it known that he wasn’t a fan of Tagovailoa. During the trade rumors in 2021 of DeShaun Watson, who was facing multiple sexual misconduct accusations, the Dolphins came up as the favorite team for Watson to go to. The reason for this was that Flores wanted Watson over Tagovailoa. But the price the Texans wanted for Watson was high; they wanted Tagovailoa plus first-round picks in the draft along with other compensation as well.

The upper management with the Dolphins was unwilling to give up that much draft capital for one player, along with their current starting quarterback. In the end, Flores didn’t get the quarterback that he wanted and had to work with Tagovailoa. During the Dolphins week 17 game against the Titans, Flores would seal his fate with his team when he confronted Tagovailoa on his poor performance during the game.

It would come out that Flores cursed Tagovailoa out when he asked for “better f–ing play” from their star quarterback. Because of this, and Flores’s other tough stances with other players on the team, he was fired. Dolphins management has forgotten the ways of coaching legend Don Shula, who was always tough on his players. The Dolphins have put feelings over winning with the firing of Flores. 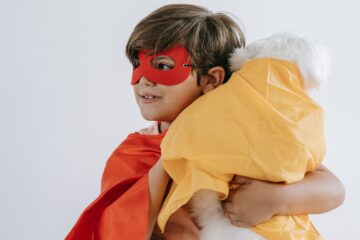 Why Having a Pet Is Good for You and Your Family