Stop us if you’ve heard this one before – the Seattle Sounders are favored to go to the MLS Cup. In fact, online sports betting sites are listing the Sounders as +500 favorites to win the MLS Cup final.

Seattle sits in first place in the Western Conference table with an 8-1-5 record. That’s the best mark in the entire MLS. The Sounders are two points clear of the East-leading New England Revolution at the top of the Supporters’ Shield standings. The Sounders have conceded a league-low nine goals over those 14 matches.

Like ice cream and happy children, pizza and pepperoni and a cheeseburger and fries, the Sounders and the MLS Cup appear to be meant to share each other’s company. Seattle has played in four of five MLS Cup finals since 2016. The Sounders won the MLS Cup most recently in 2019, defeating Toronto FC 3-1. Seattle also defeated Toronto FC on penalties to win the 2016 MLS Cup. 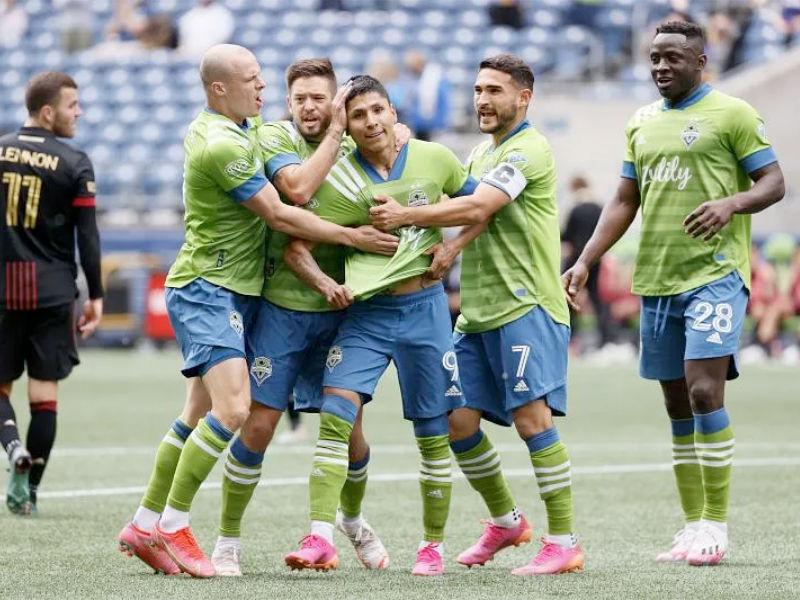 “MLS Sounders” by Getty is licensed under CC BY 3.0

Seattle opened the 2021 season with eight victories and five draws through the first 13 matches of the campaign. That set a new MLS standard for the longest unbeaten run to open a season. Additionally, the 13-match unbeaten run is now tied for the longest single-season streak in team history at any point during a campaign.

A 1-0 loss to Minnesota United ended the unbeaten start to the season for coach Brian Schmetzer’s side. Seattle posted six clean sheets over the first 13 matches.

“I’ve got so much respect for Schmetz and their organization,” Minnesota coach Adrian Heath told mlssoccer.com. “When I arrived here, maybe 13 years ago now, I went round to a lot of MLS clubs and not many were as cordial as the Sounders were.

“They let me stay there for a few days trying to learn about soccer in America and they couldn’t have been better, so I’ve got a lot of respect for them.”

Even though the Sounders are 2-1-3 over their past six matches, Seattle has held the No. 1 spot in the MLS power rankings for the past 10 weeks.

Seattle has kept on rolling despite some significant injury losses. Shane O’Neill (left hip flexor strain) has missed time, in addition to injuries to regular captain Nicolás Lodeiro and vice-captain Stefan Frei. Since first-team goalkeeper Frei was injured, Stefan Cleveland has made nine starts between the posts for the Sounders. He’s posted three shutouts and is 4-1-4. Cristian Roldan is away on international duty with the U.S. Men’s National Team.

In the loss to Minnesota, ​​Seattle was missing 12 first-team players through injury, international call-up or loan. Schmetzer has been forced to field 11 different starting XI’s over the 14 games played so far.

“I’m so proud of how the players adjusted, fought adversity,” Schmetzer told Sounderatheart.com. “It’s a sign that the standard at this club is very, very high.

“I’m proud of the fact that we started the season with 13 unbeaten. They never quit. In that sense, I’m very proud of putting another record together.”

In the MLS era, Raúl Ruidíaz is officially the fastest Sounders FC scorer to reach 10 goals. He hit double digits through 13 games this season. Former Sounders forward Obafemi Martins reached the double-digit mark in 14 games in 2014.

João Paulo leads Seattle with five assists on the season. Three other members of the Rave Green have dished out at least three helpers. 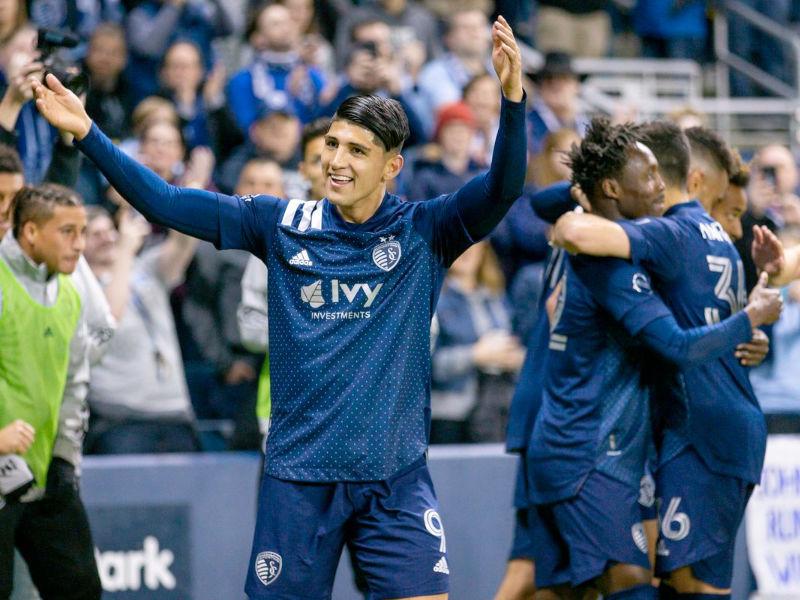 “MLS Kansas City” by William Purnell/USA Today is licensed under CC BY 3.0

Overall, the oddsmakers appear to be of the opinion that even if Seattle doesn’t end up capturing the MLS Cup, some team from the West likely will. After the Sounders, Los Angeles FC (+700) and Sporting Kansas City (+800) are next in line in the MLS Cup future book odds.

The Revolution, at +900, own the shortest odds of any East club. Eastern teams have won three of the past four MLS Cup titles.

Sporting Kansas City won their most recent MLS Cup crown in 2013. Los Angeles FC has never reached the MLS Cup final. The Revolution have made five trips to the Cup final and own a dismal 0-5 mark. New England lost three in a row from 2005-07 and also came up short in 2002 and 2014.